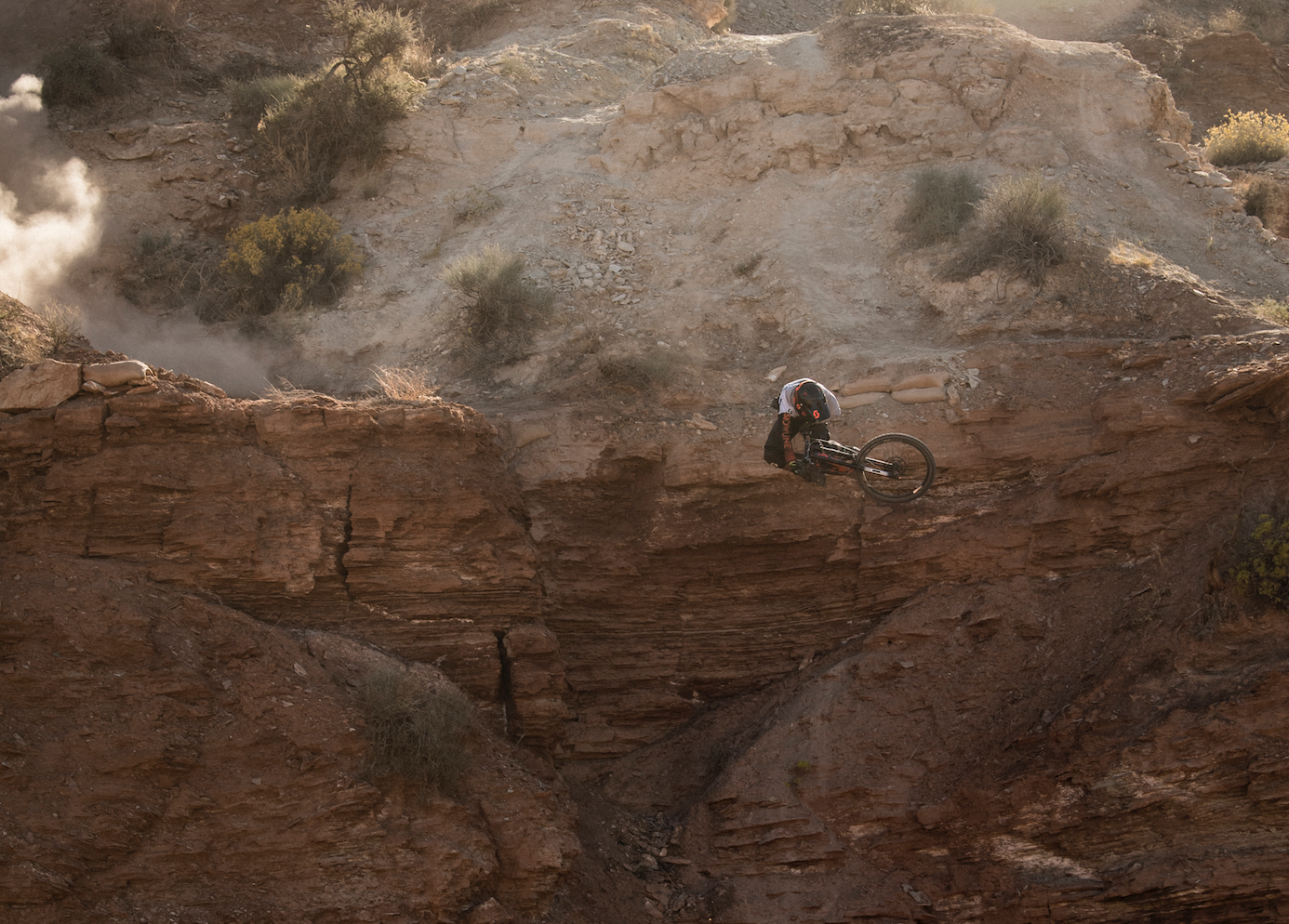 As the riders finalized all of the building and buttered up all of their features at Rampage today, they had a tight window to practice said features while a threatening wind encroached. Per usual, most days have had pretty standard morning and evening practice sessions. Today unfortunately was cut short by some insane winds, but the good news is that tomorrow calls for calm conditions. Here’s what we saw out on the hill… 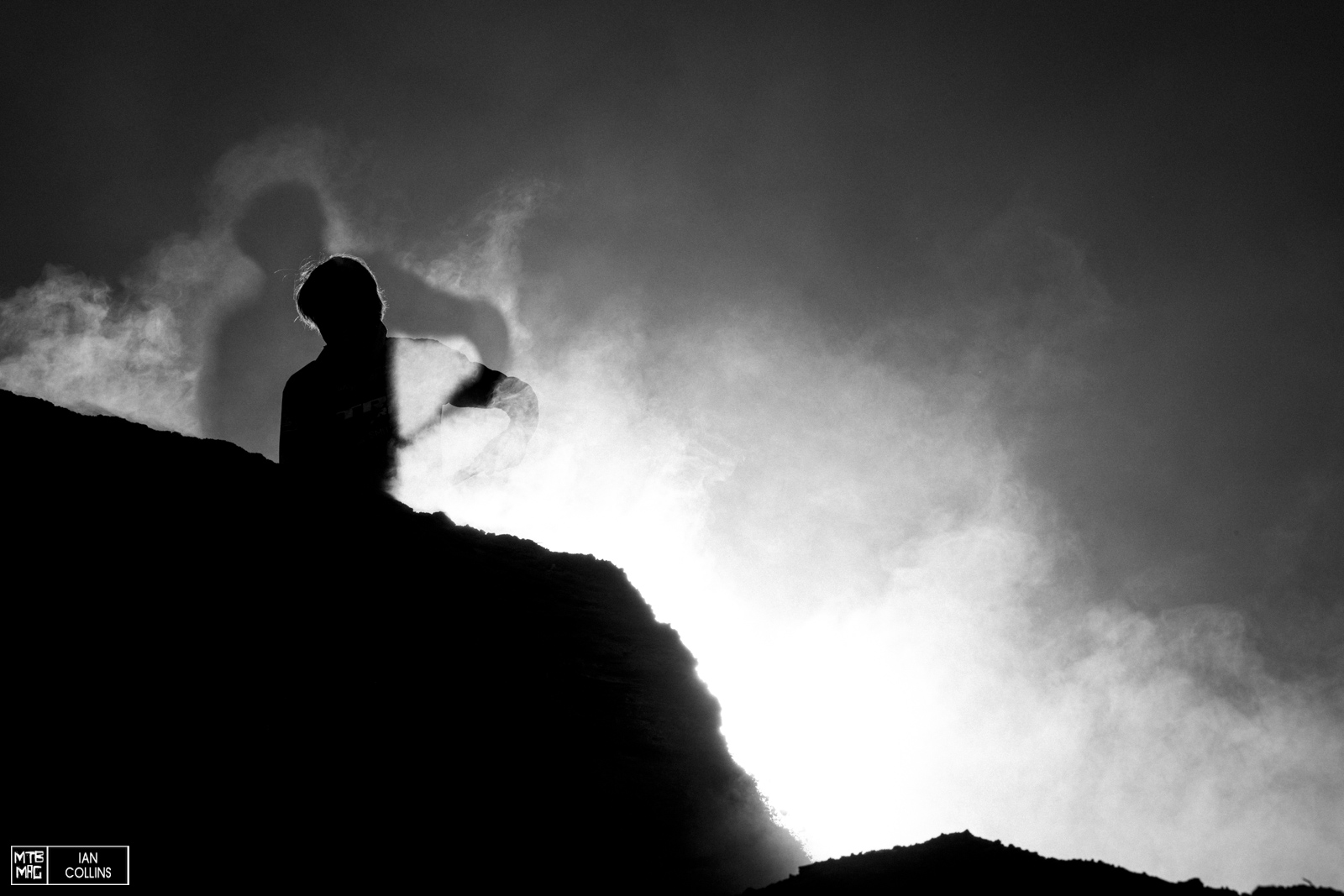 Brandon Semenuk putting some finishing touches on the last feature that he built. 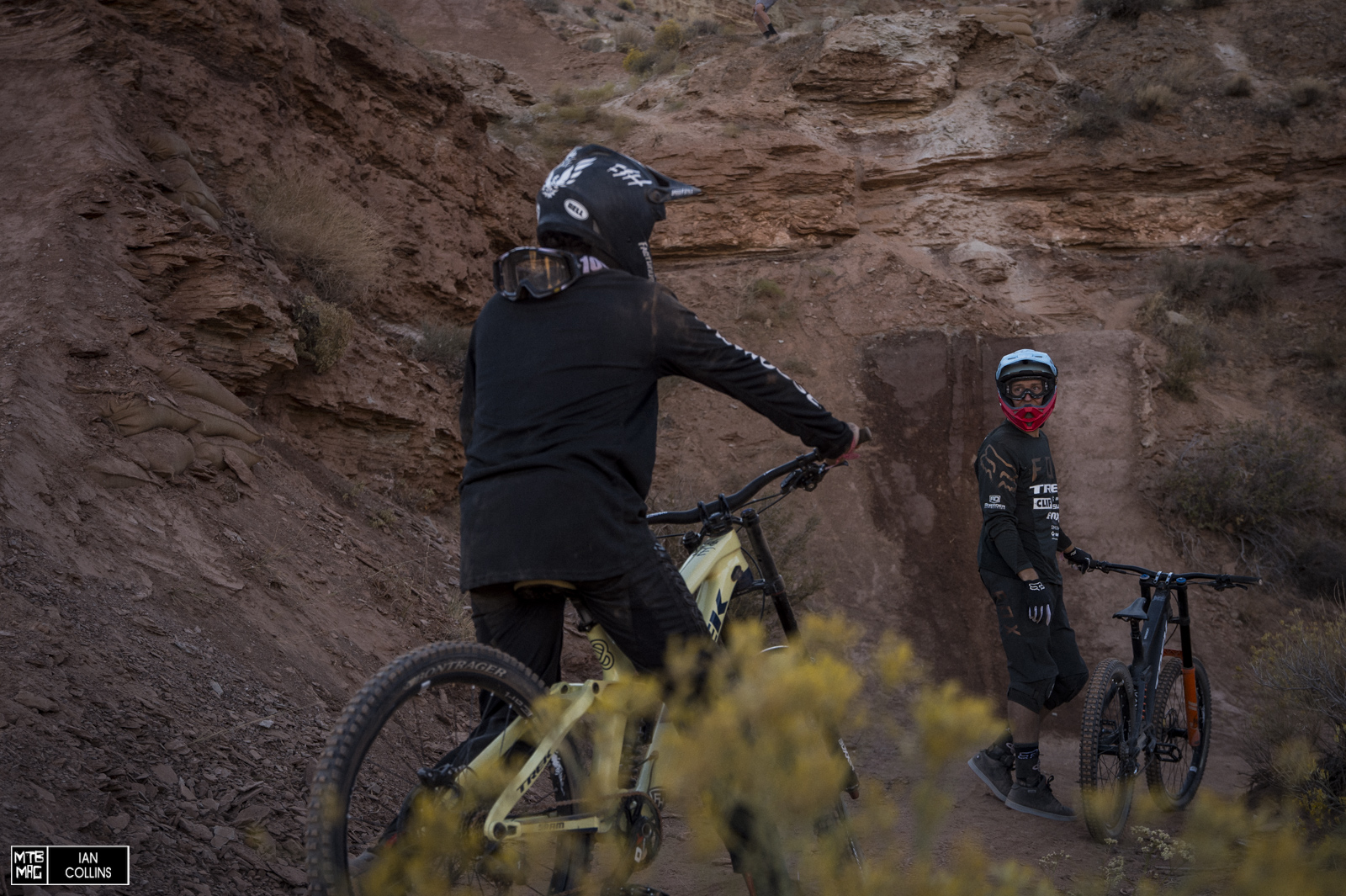 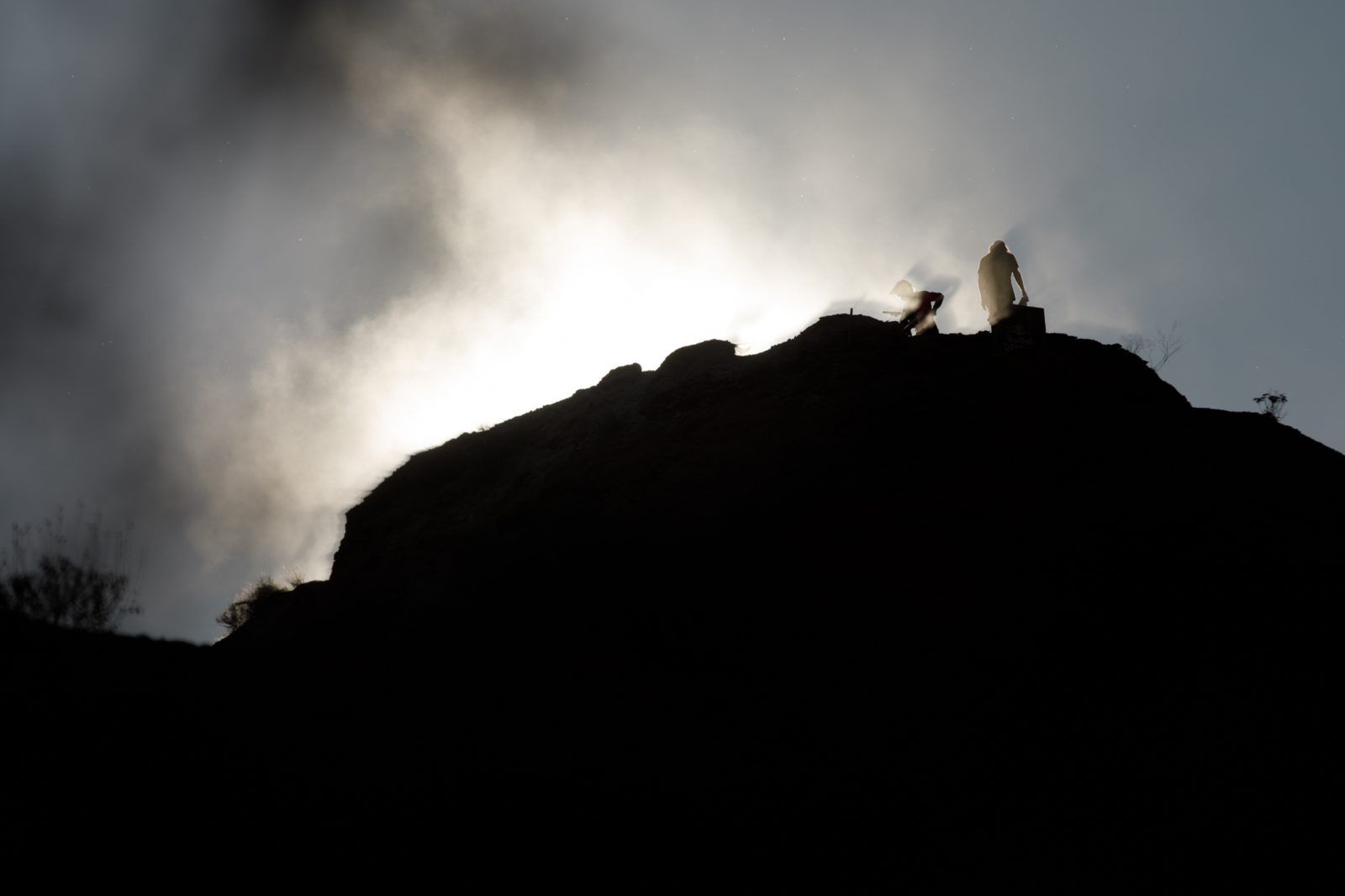 Nothing but good light out here…Well, at least near sunrise and sunset. Toby Cowley Photo 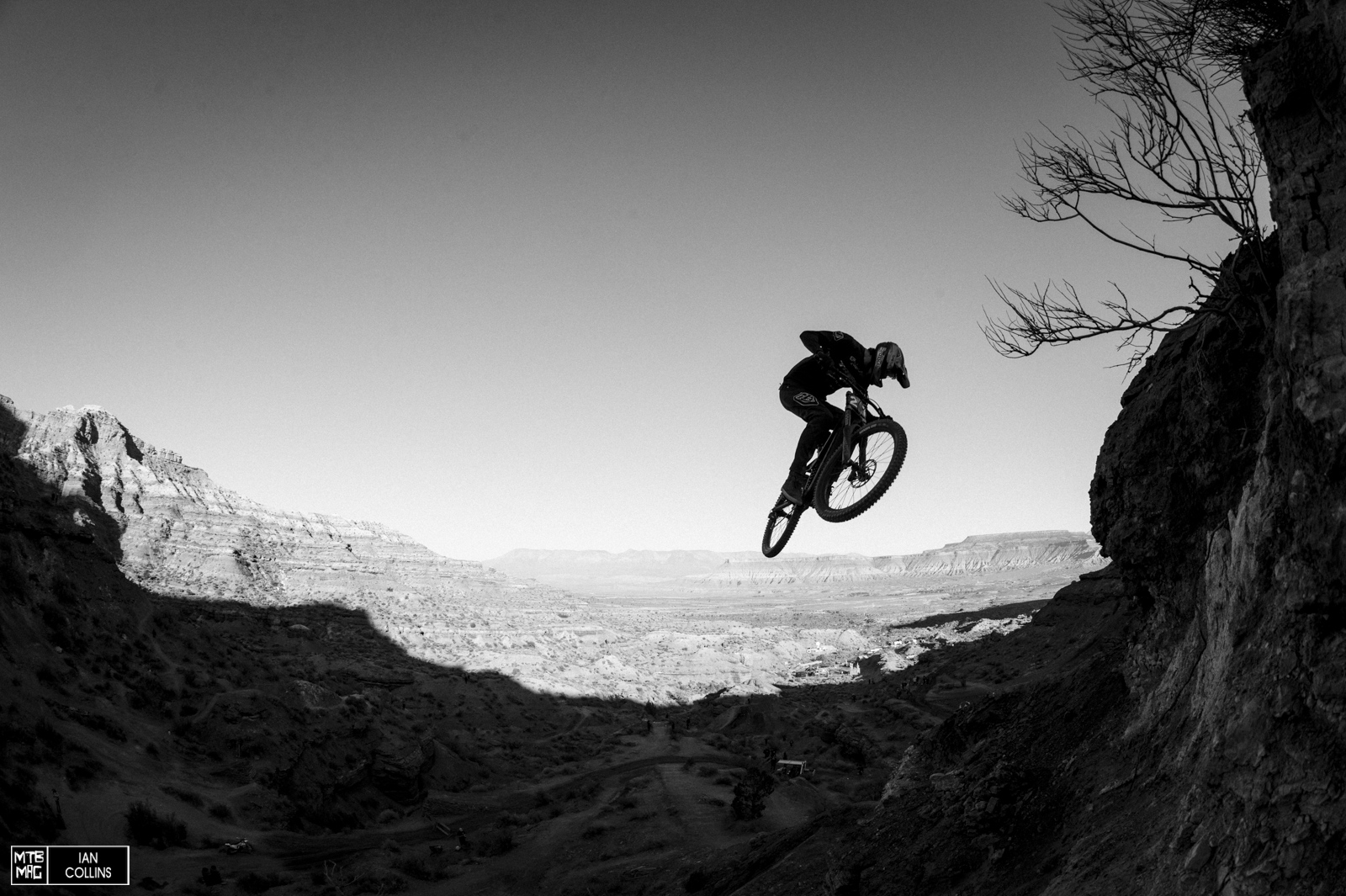 Semenuk with a 450 on his lower step down. 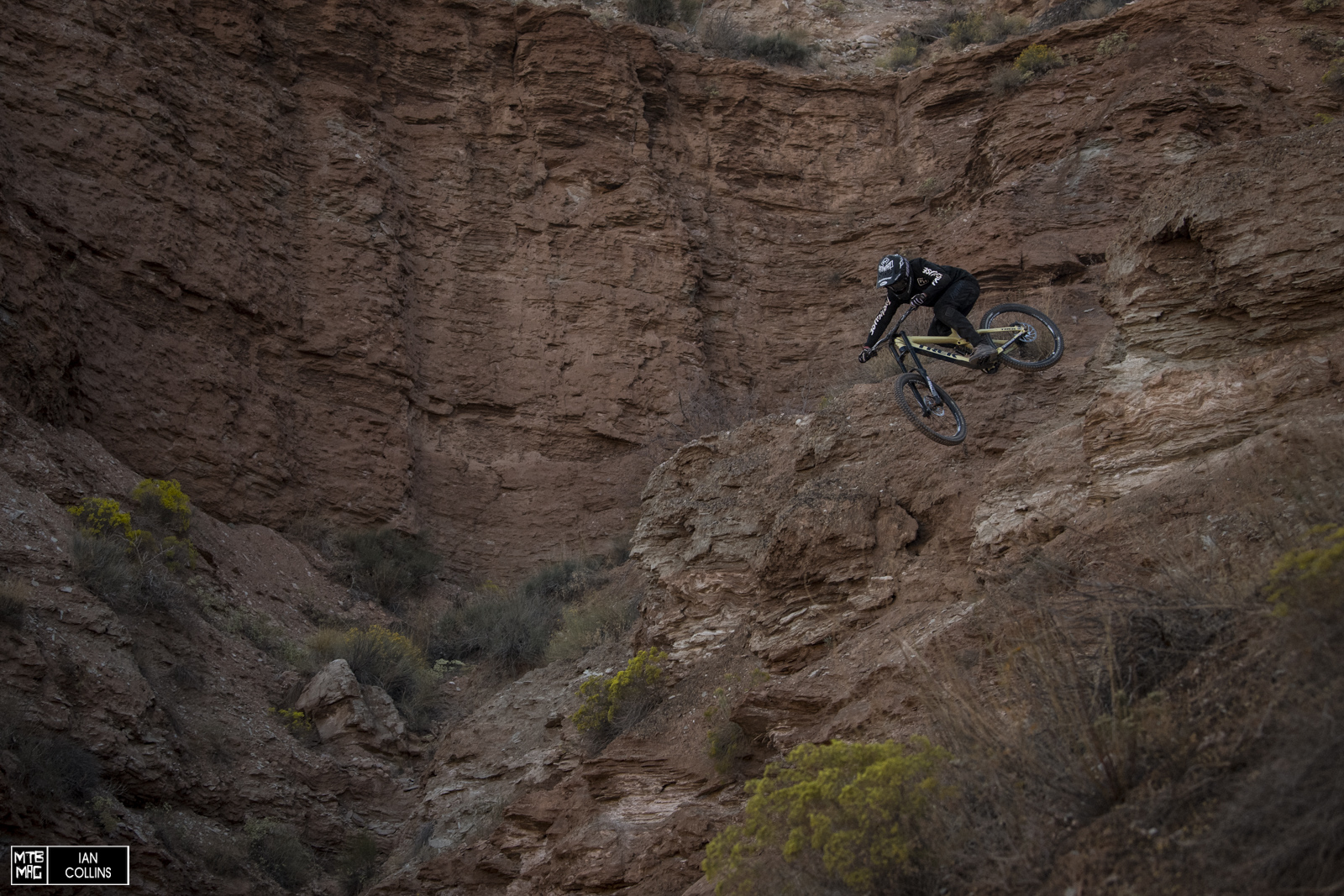 R-Dog blasting out of the shark fin that he shares with PEF. 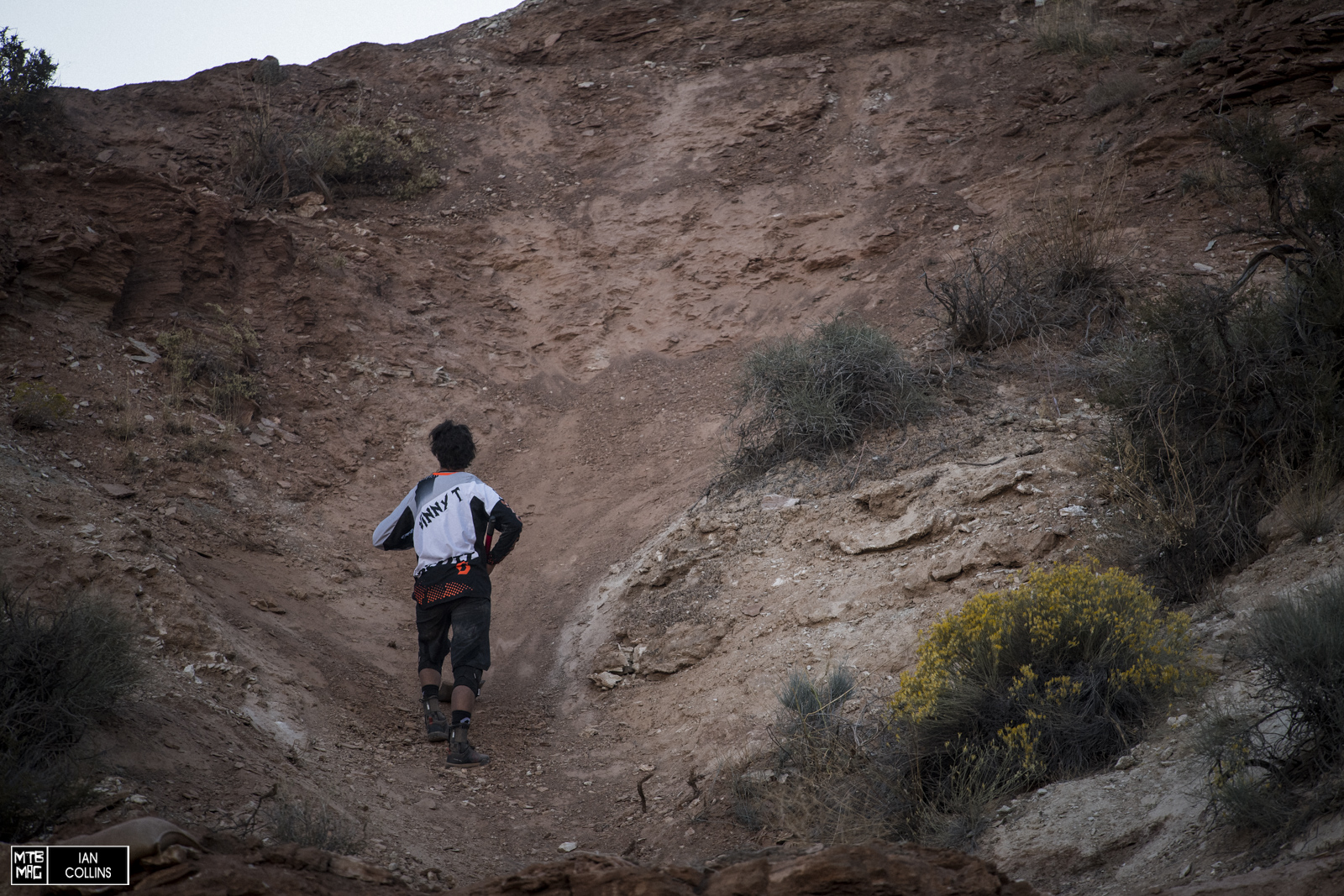 Vinny Steeze making sure there’s lots of loose in his line. It’s the only way to ride for him. 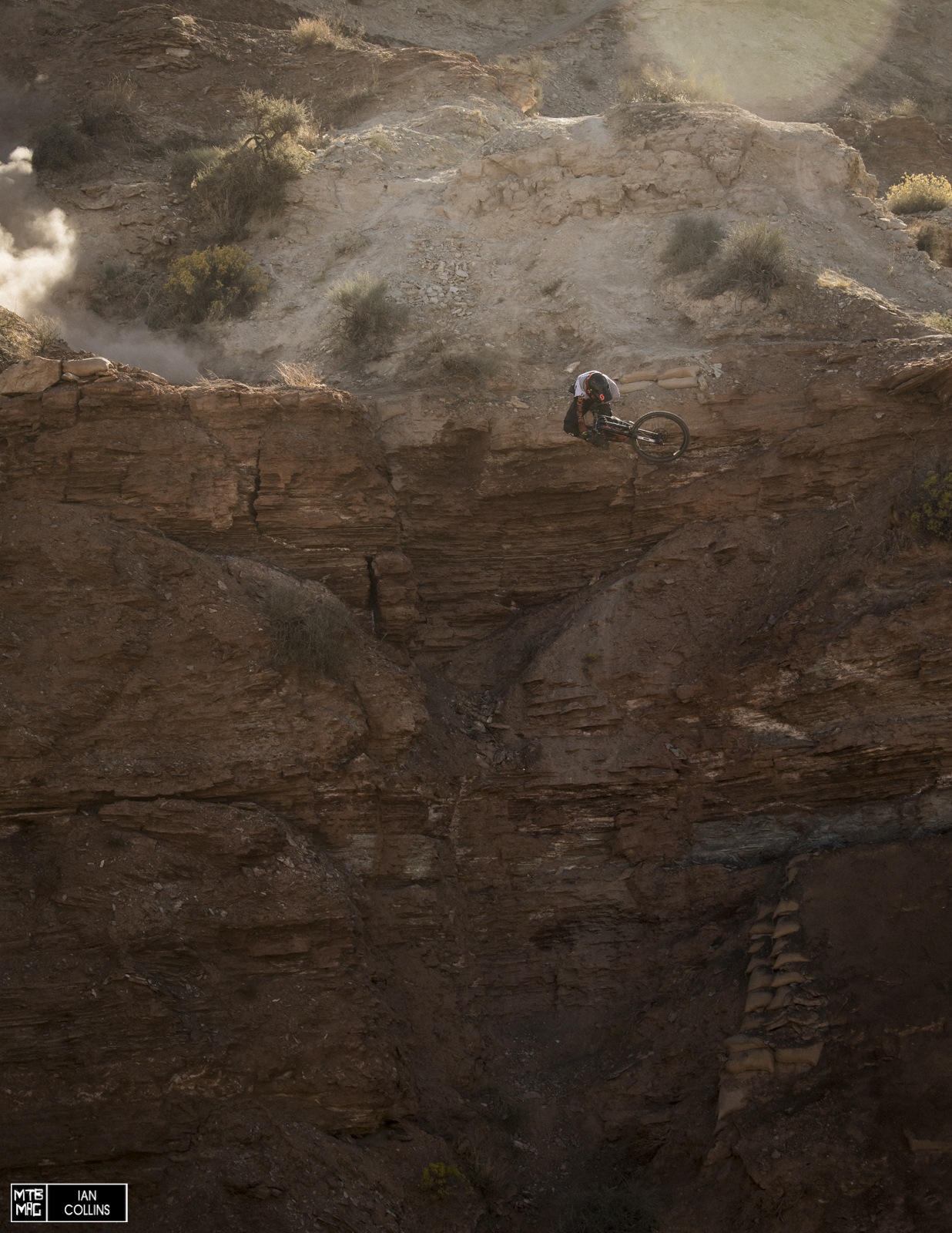 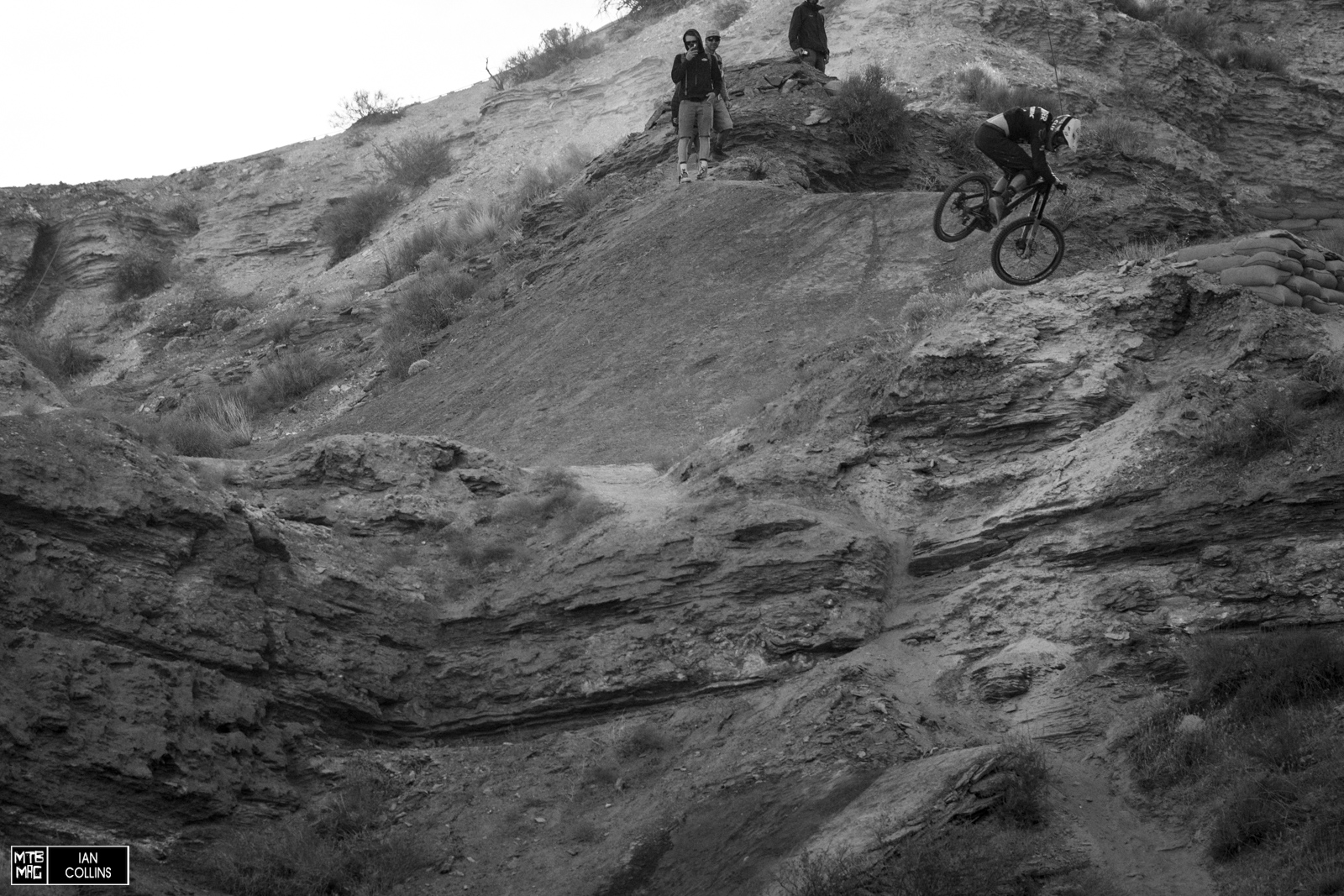 Rheeder spinning his step down. 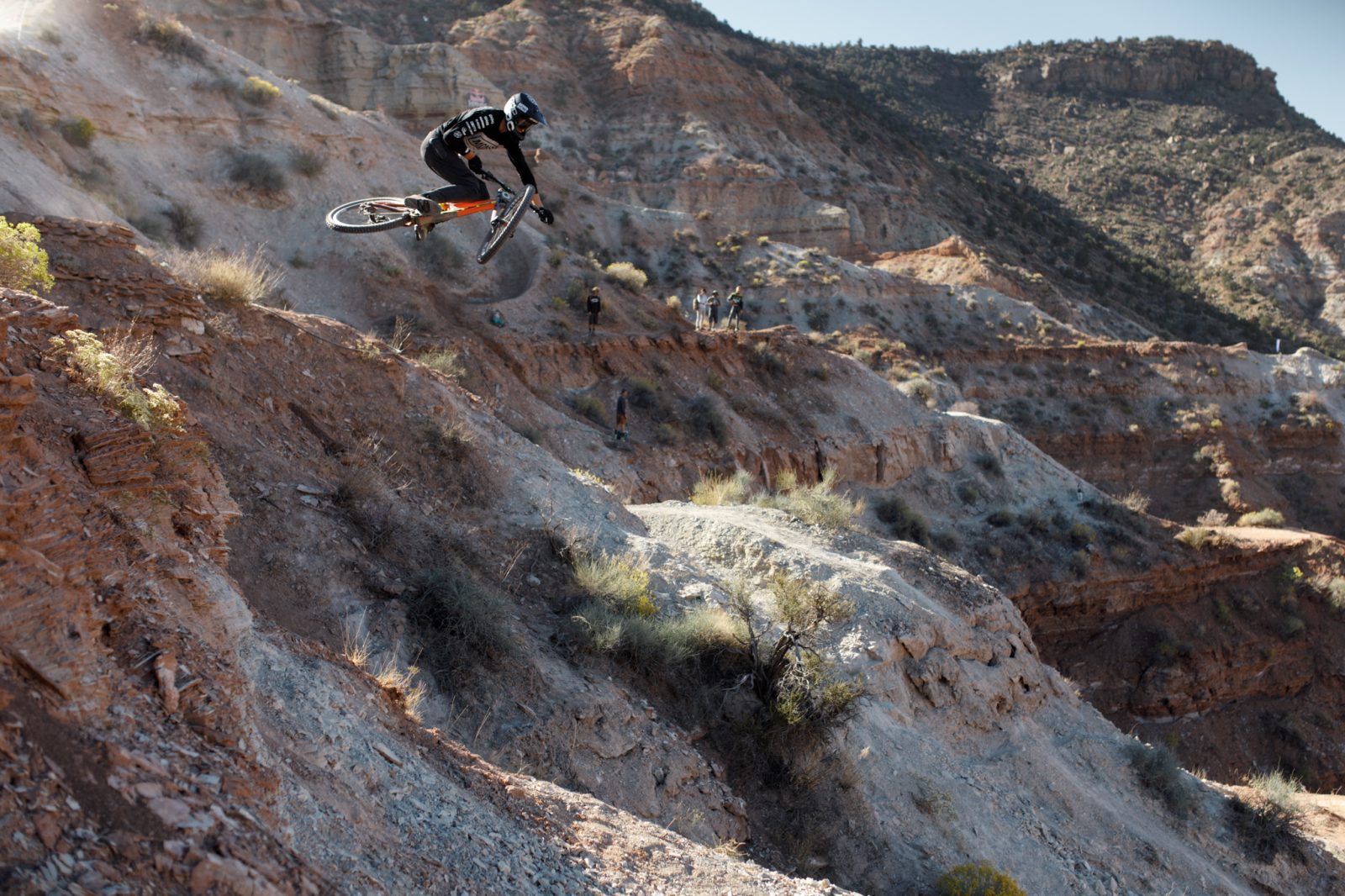 Connor MacFarlane looking steezy. He had a huge crash in practice yesterday but he’s going to try to rally. Toby Cowley Photo 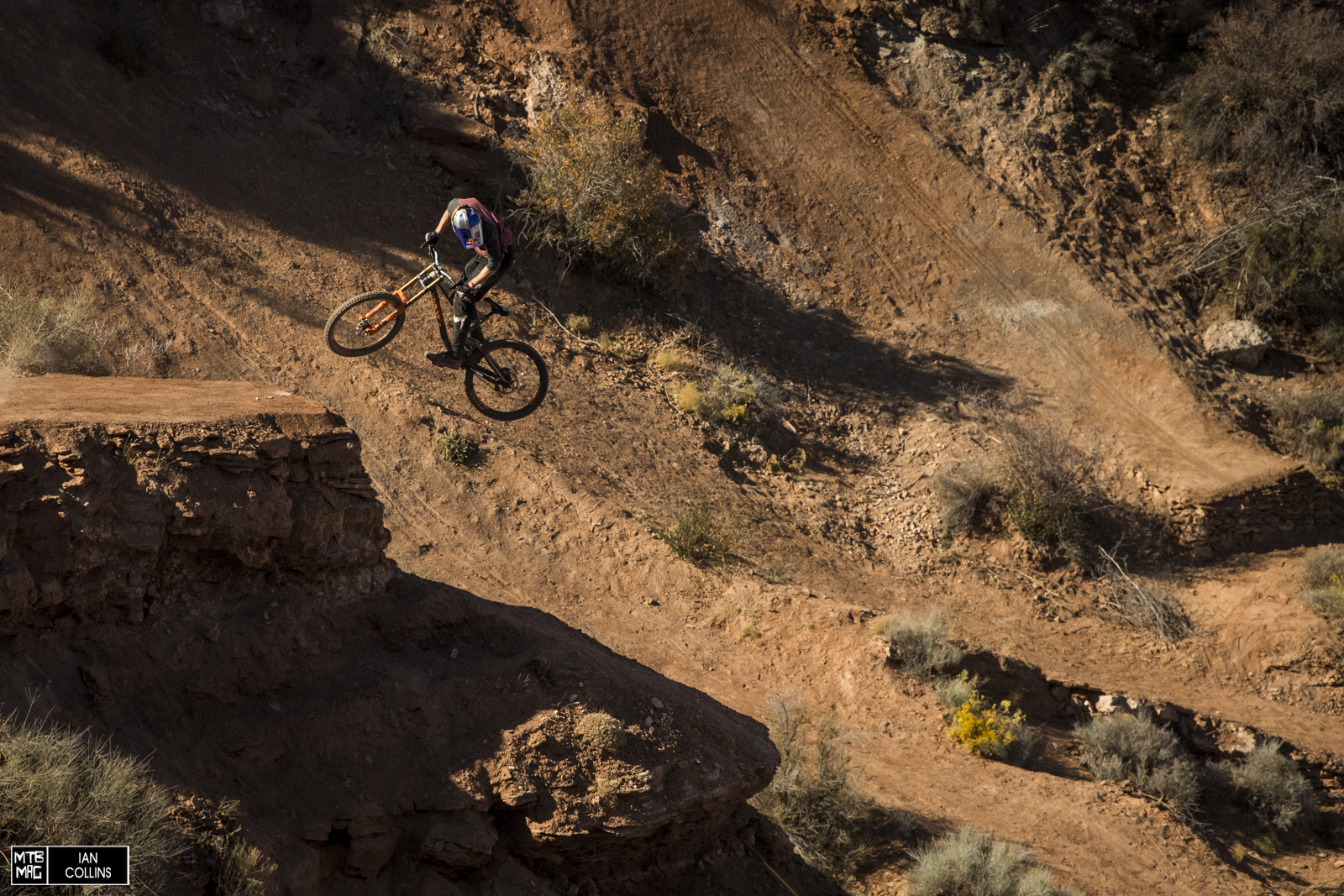 Tommy G also spinning a stepdown. It just seems like the right thing to do for the slope cats. 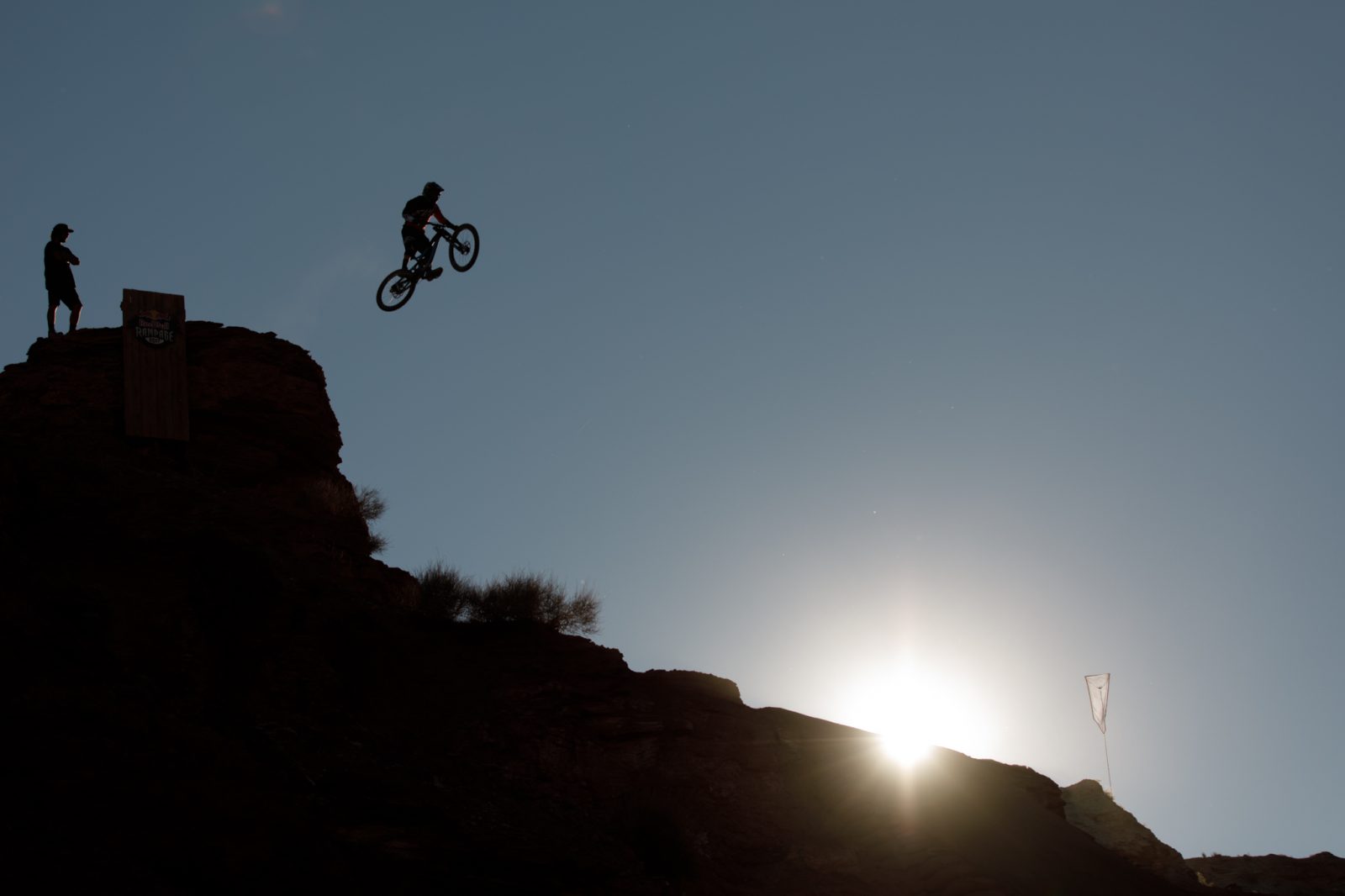 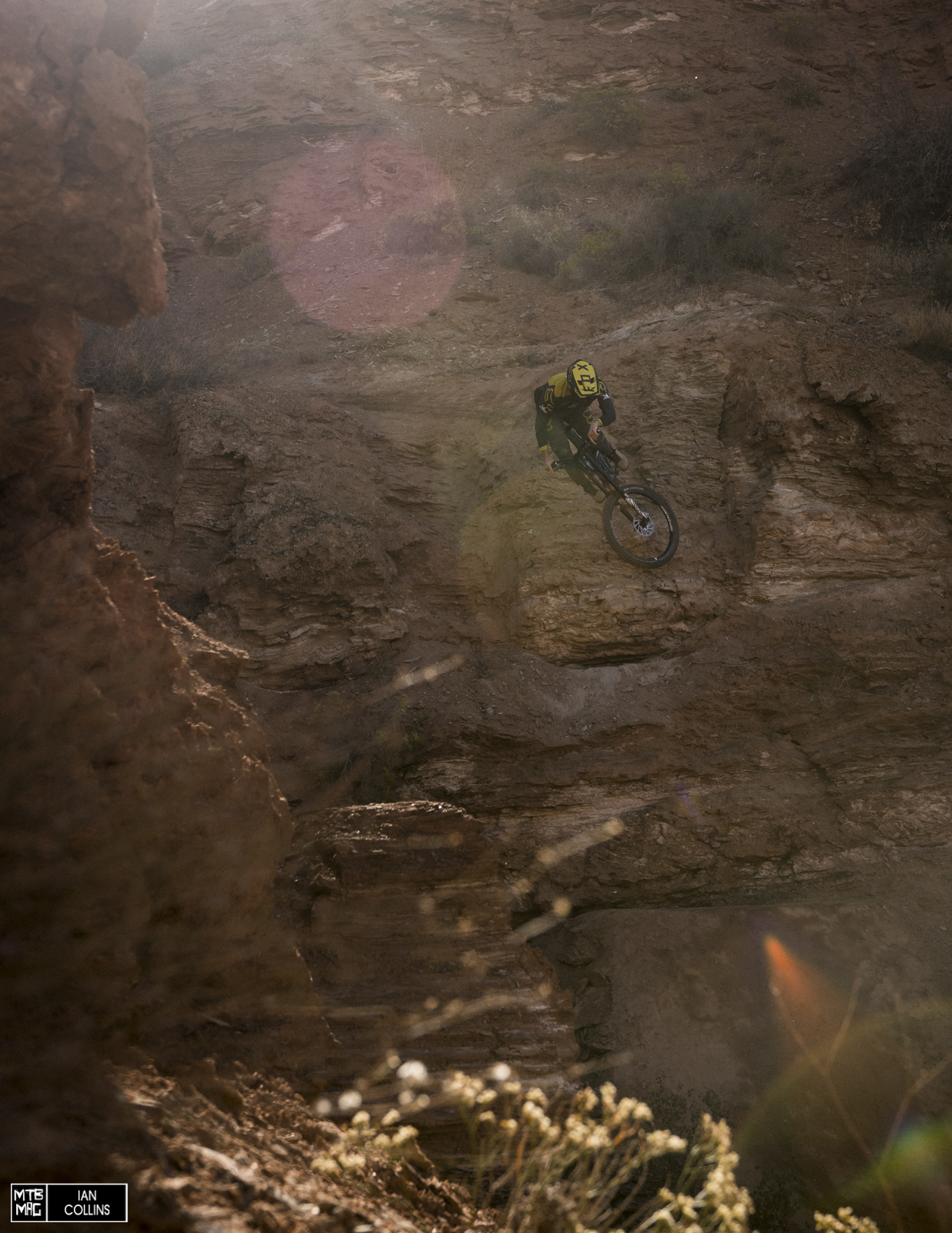 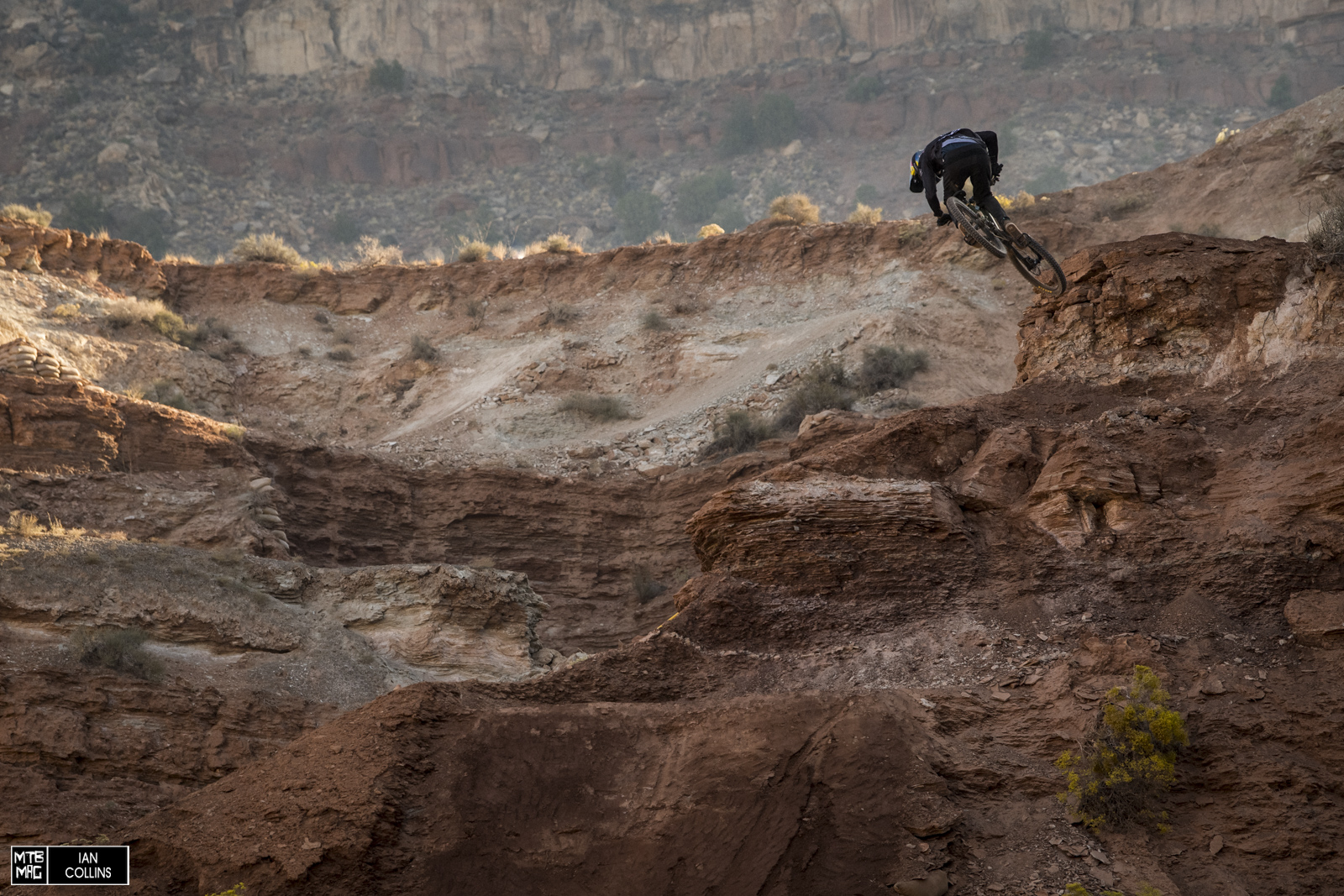 Brandon Semenuk dipping down into his 450 step down. 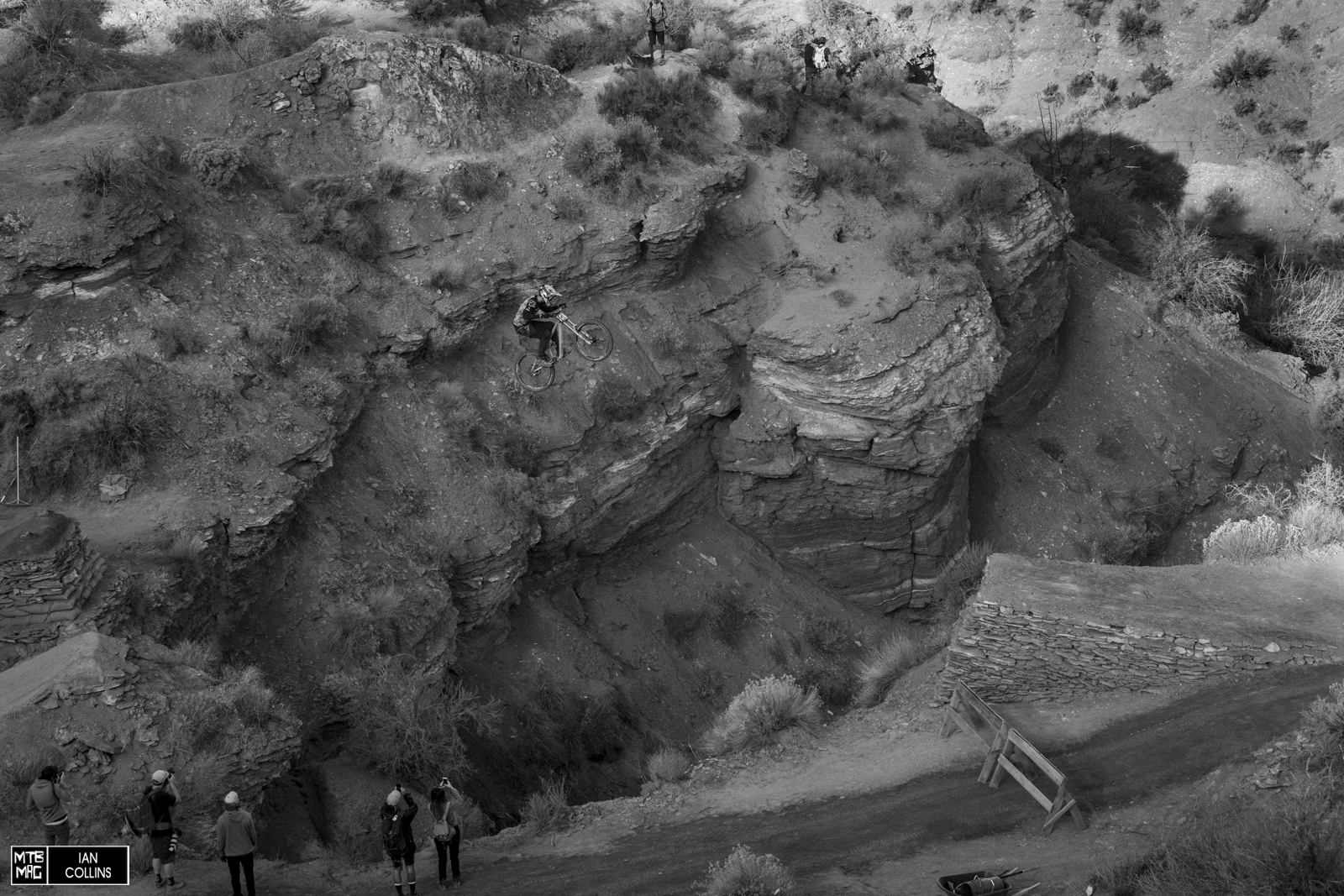 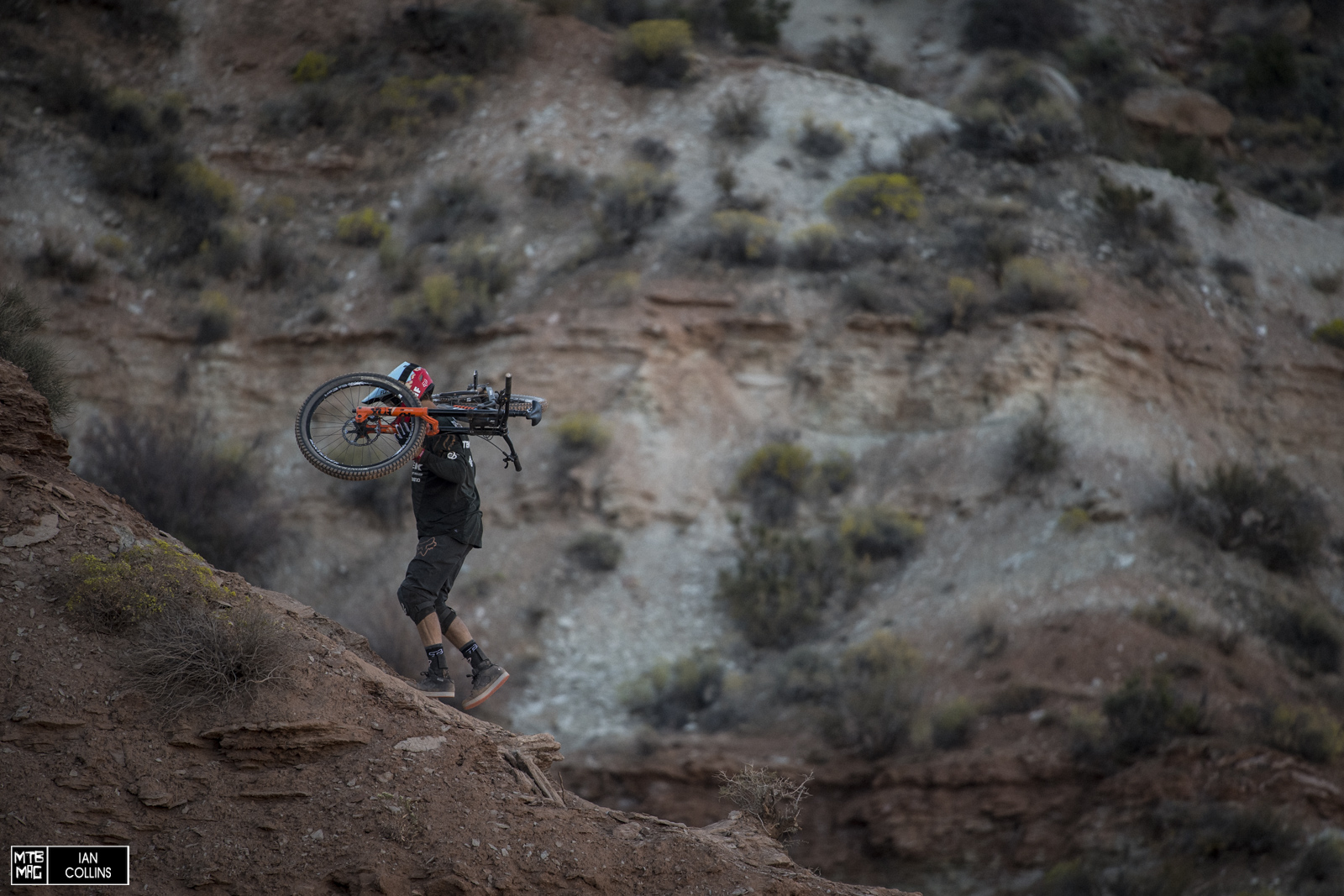 Brett Rheeder hiking up for another one. He had a bit of a crash trying to do a cork 720 on his last jump. He’s all good and ready to charge tomorrow. 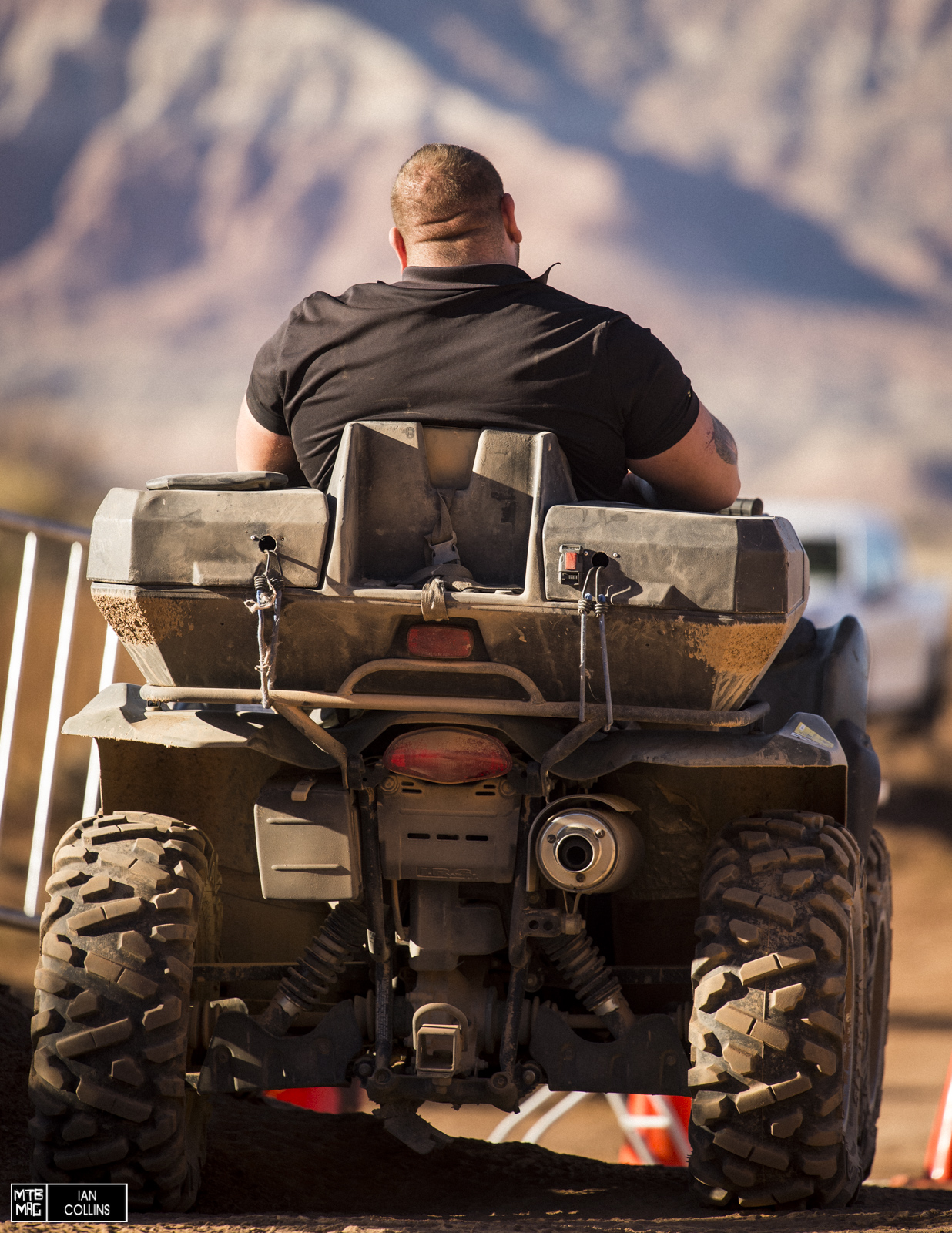 When people say security is gnarly at Rampage, they aren’t joking. 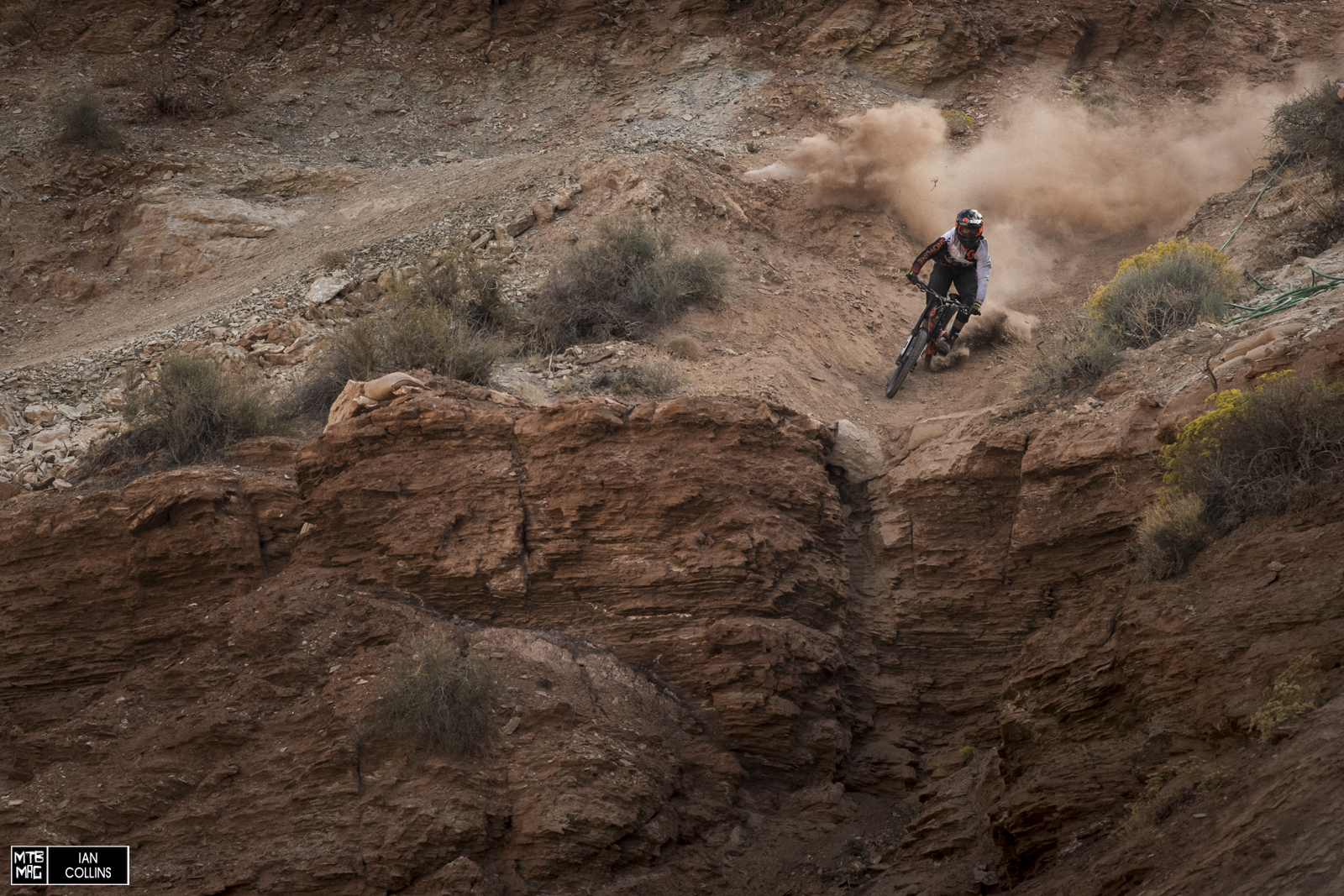 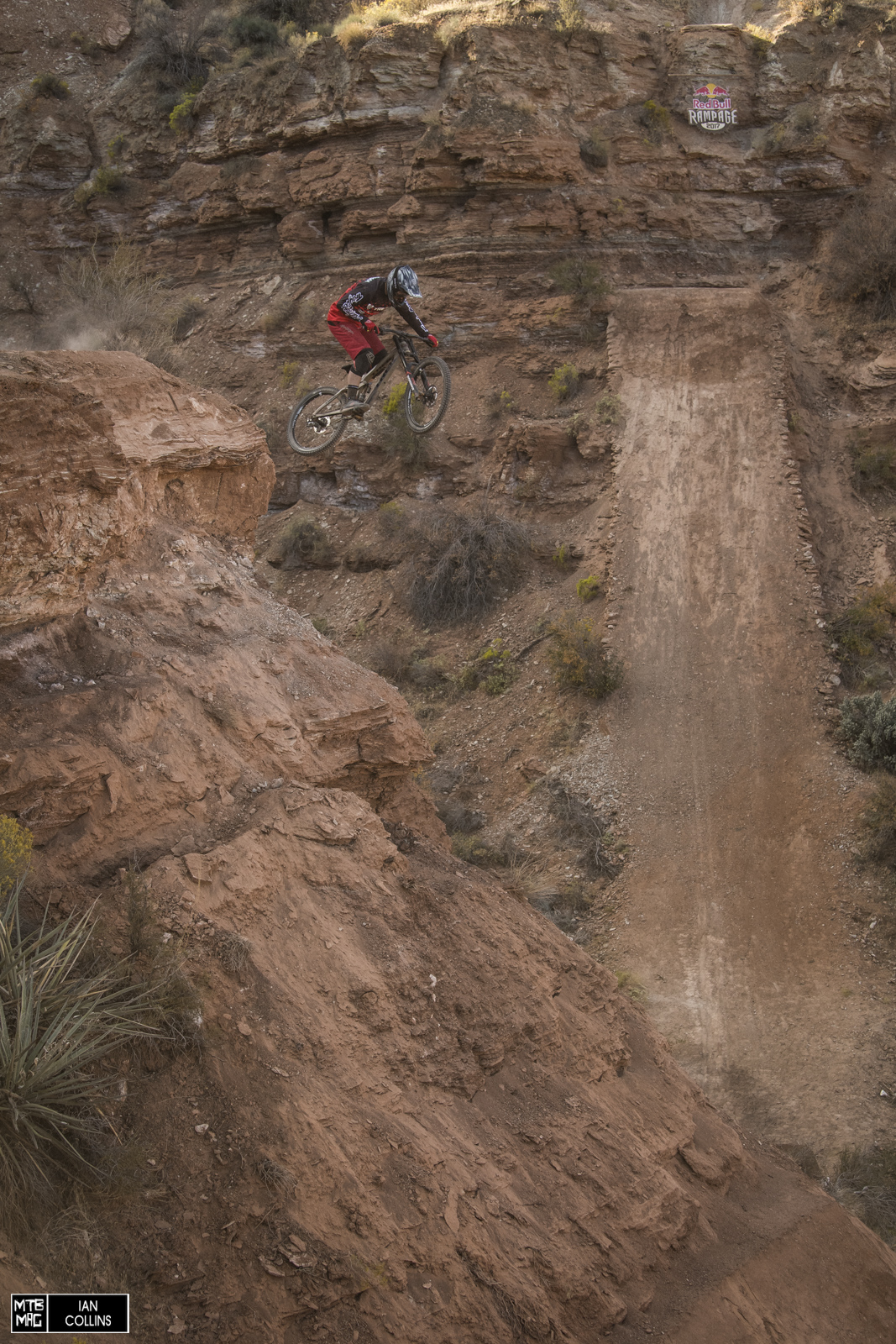 Tom VanSteenbergen teeing up his step down. It’s big one and he’s looking to flat drop flip it tomorrow…we’ll see. 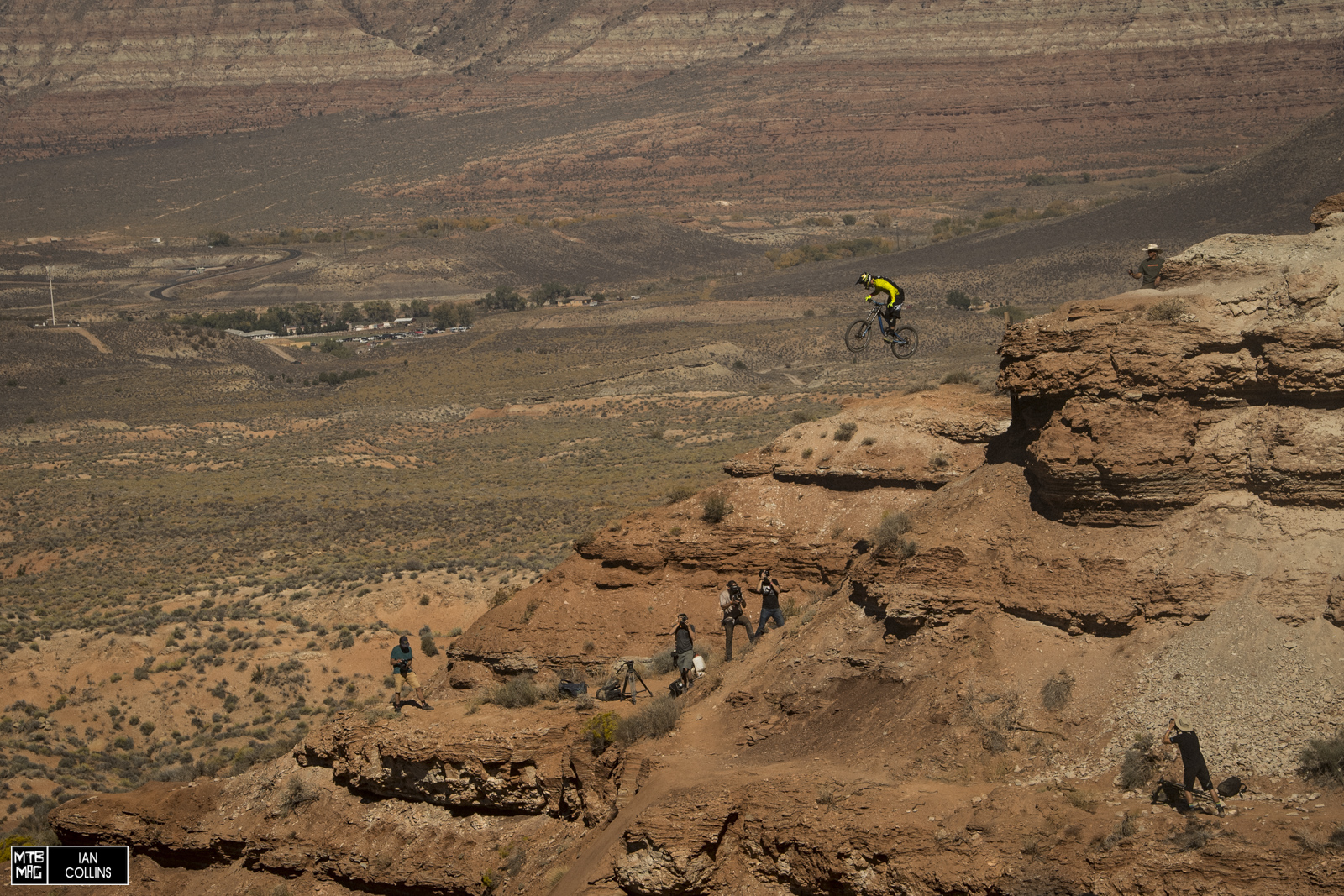 Sorge sending his big drop that took out Aggy last year. He’s been hitting it smoothly but rumor has it that he wants to flip it in finals. 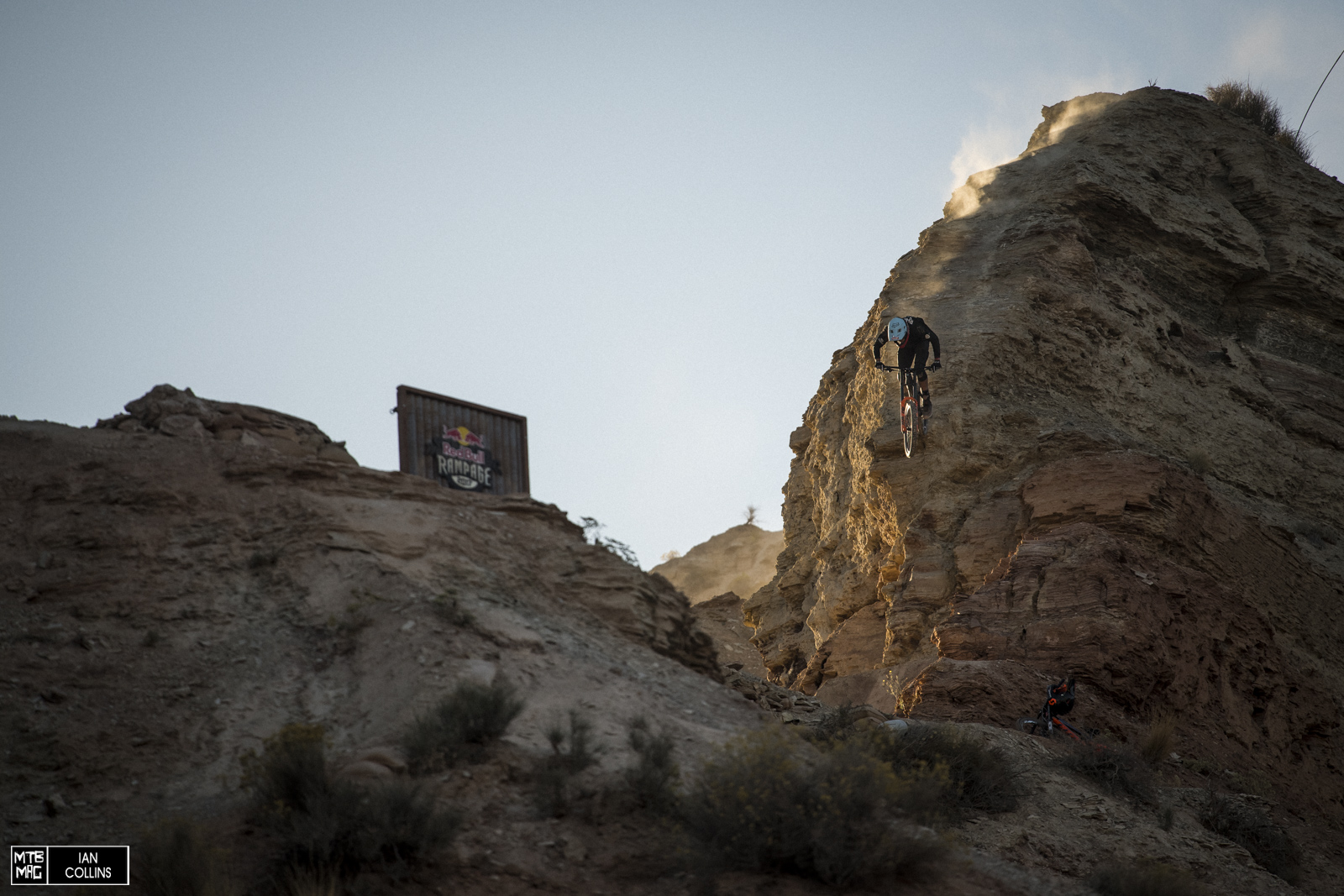 Brett Rheeder coming out of the Goblin and making it look smooth. 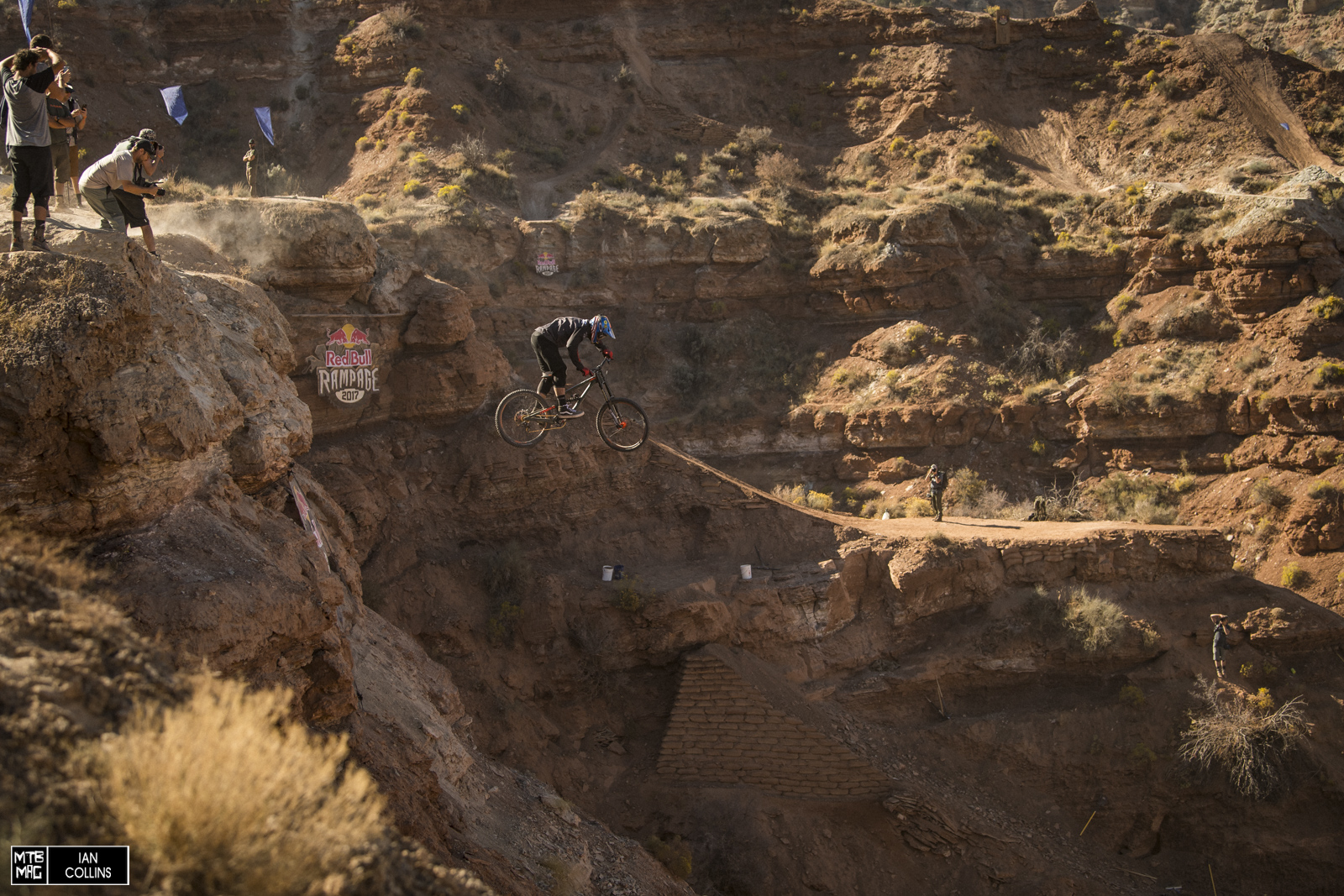 Kyle Strait lined up his massive mid mountain drop. Expect his hands to be off the bars tomorrow. 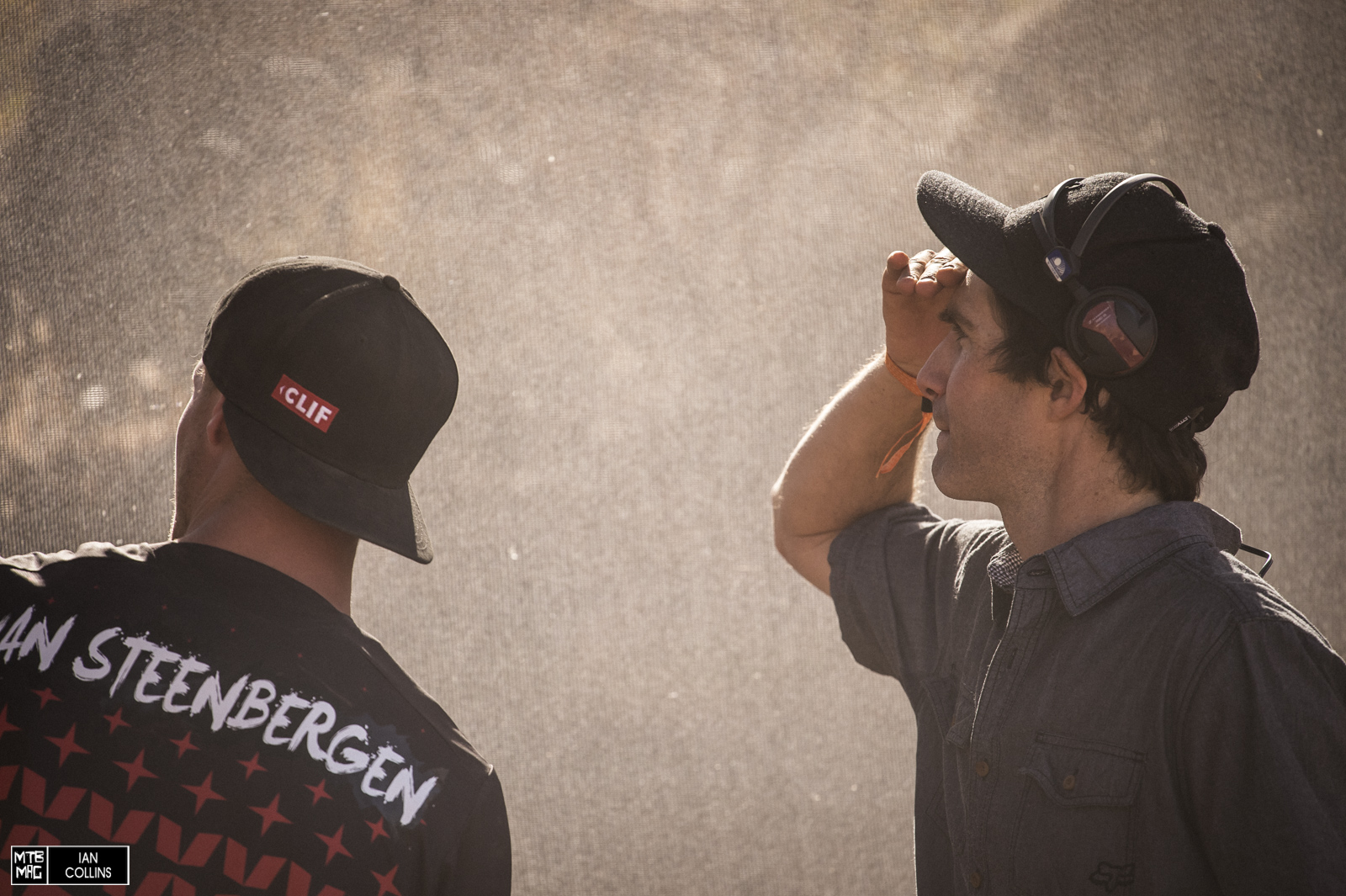 TVS and Cam McCaul eyeing up the incoming wind. 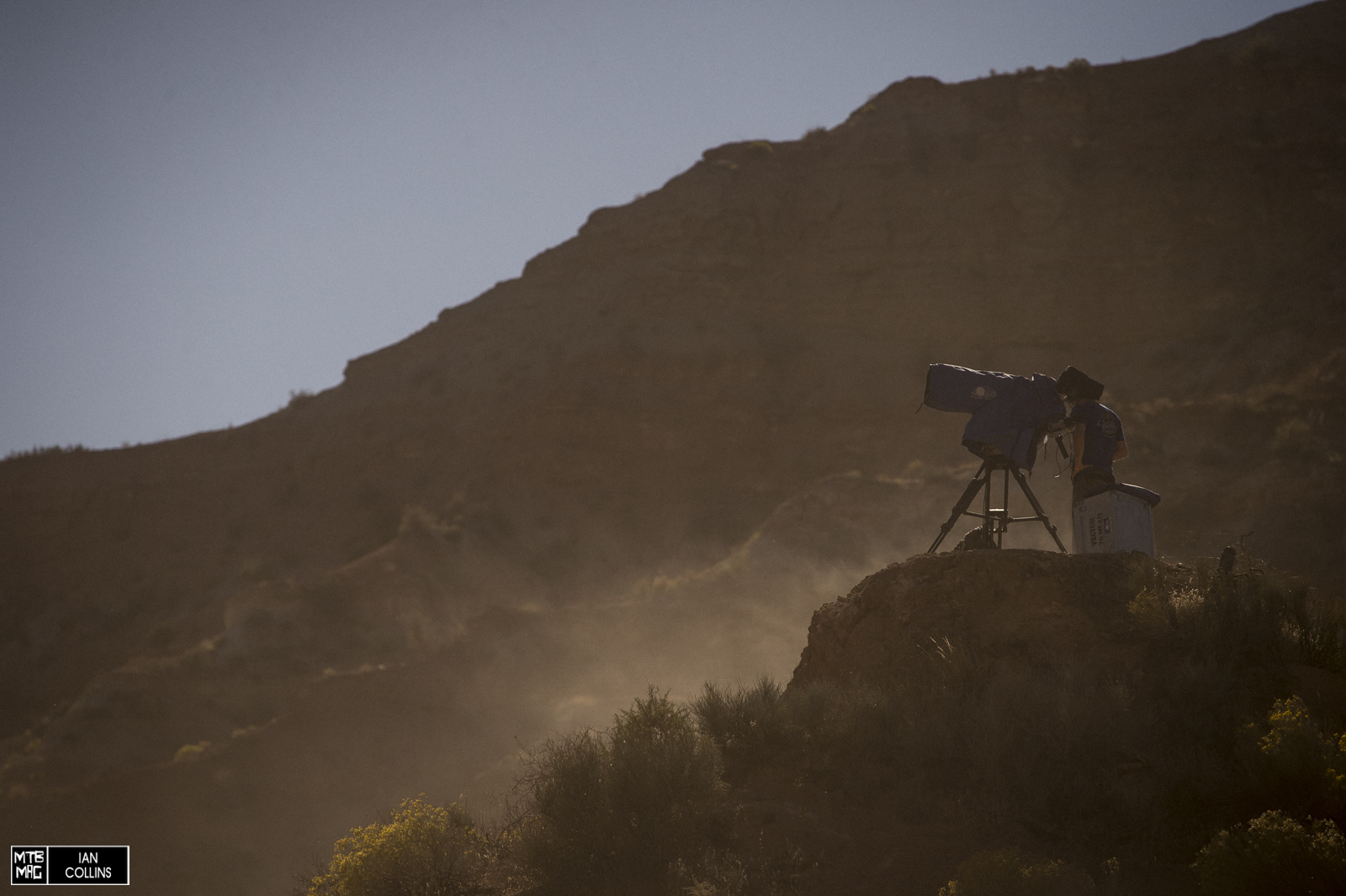 As you can see, the afternoon session did not happen – the wind blew it out. Tomorrow should be interesting…stay tuned.