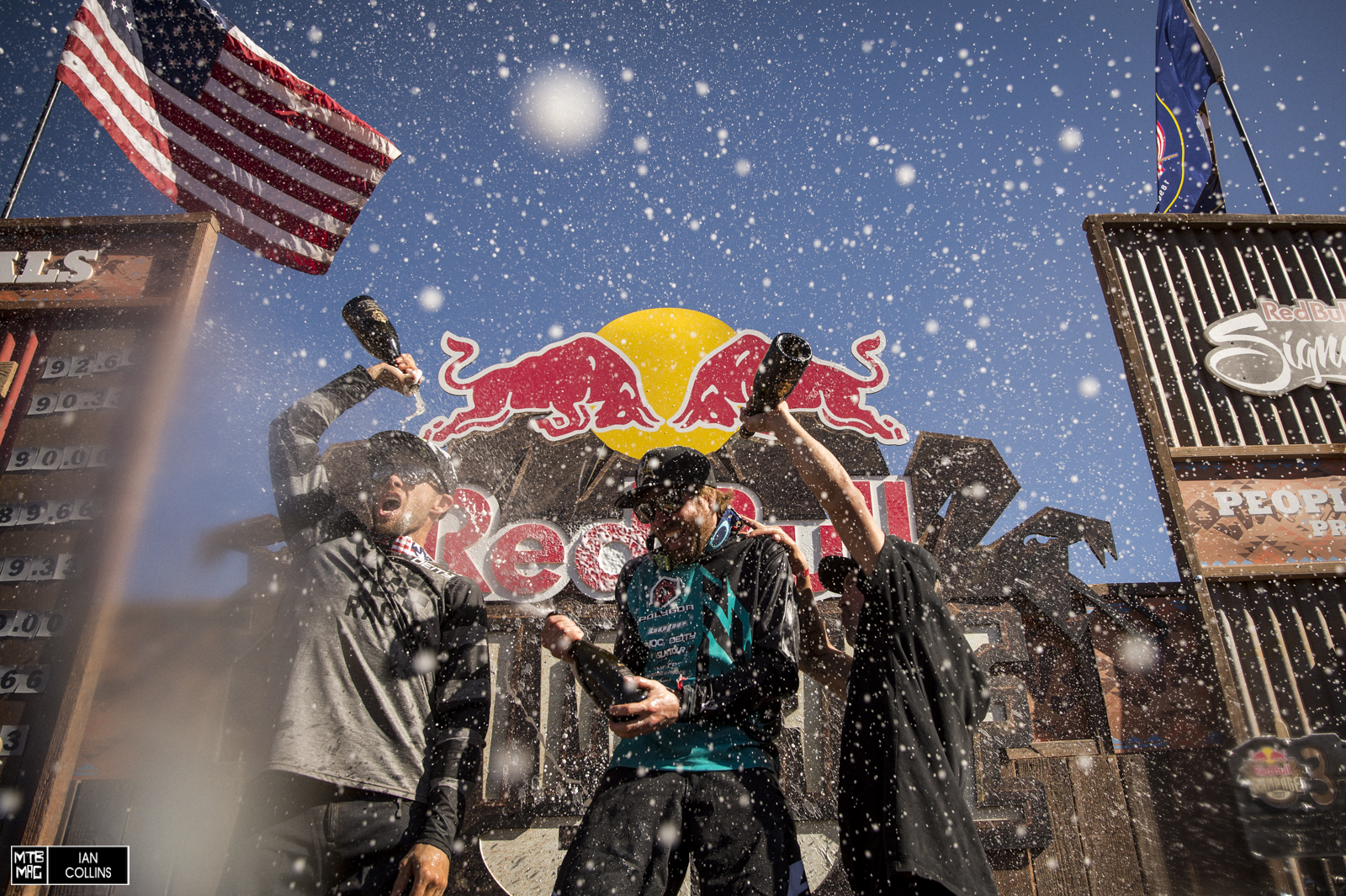 If there was one thing we heard repeatedly yesterday it was “best Rampage ever”. While judging is always controversial we would never want to be tasked with that job and overall we felt that it was pretty fair this year. More importantly though, all of the riders stayed safe, the wind was kept at bay and most riders got to show off the best riding possible on their lines. Here’s a reflection on the last day. 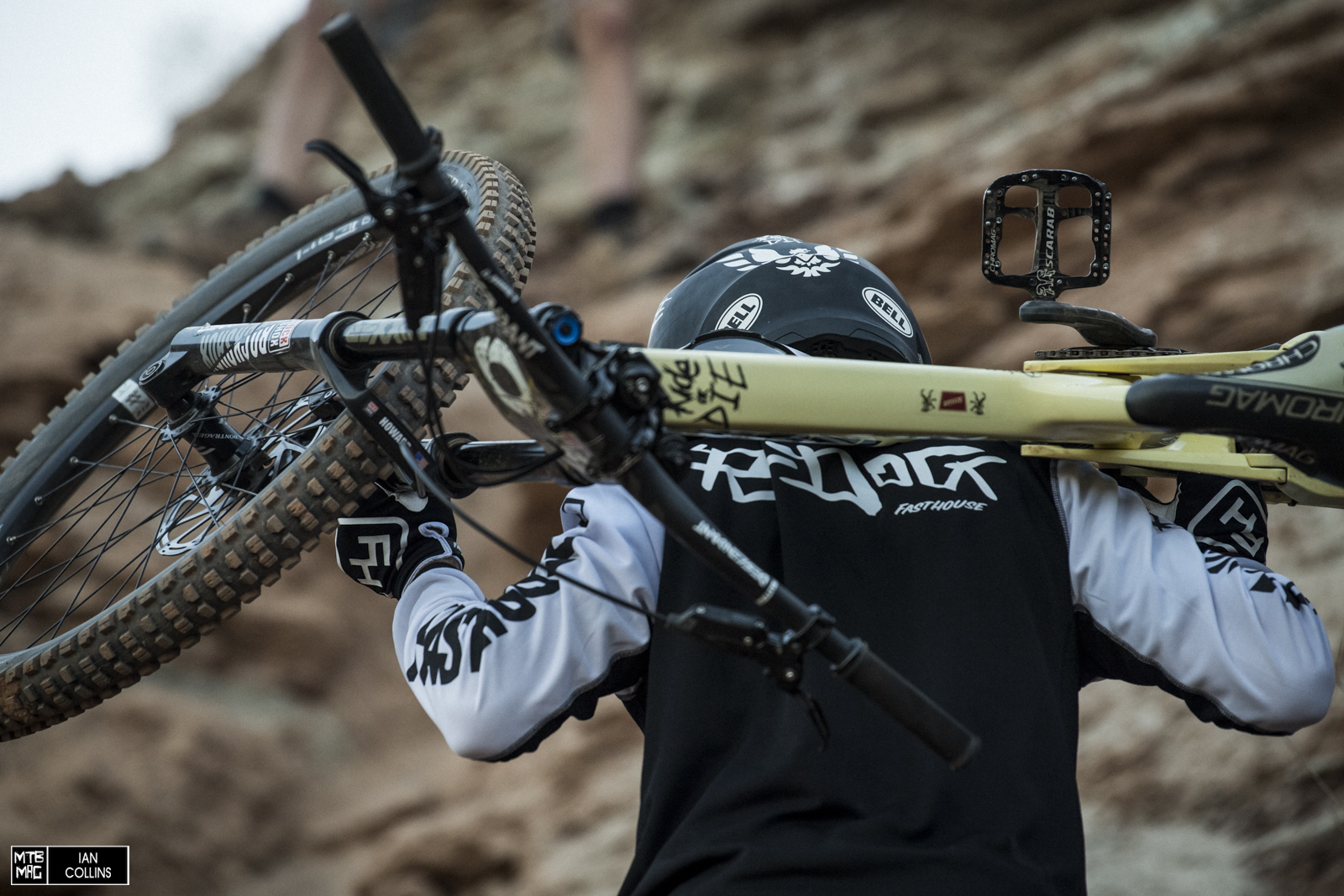 R-Dog hiking up for morning practice. 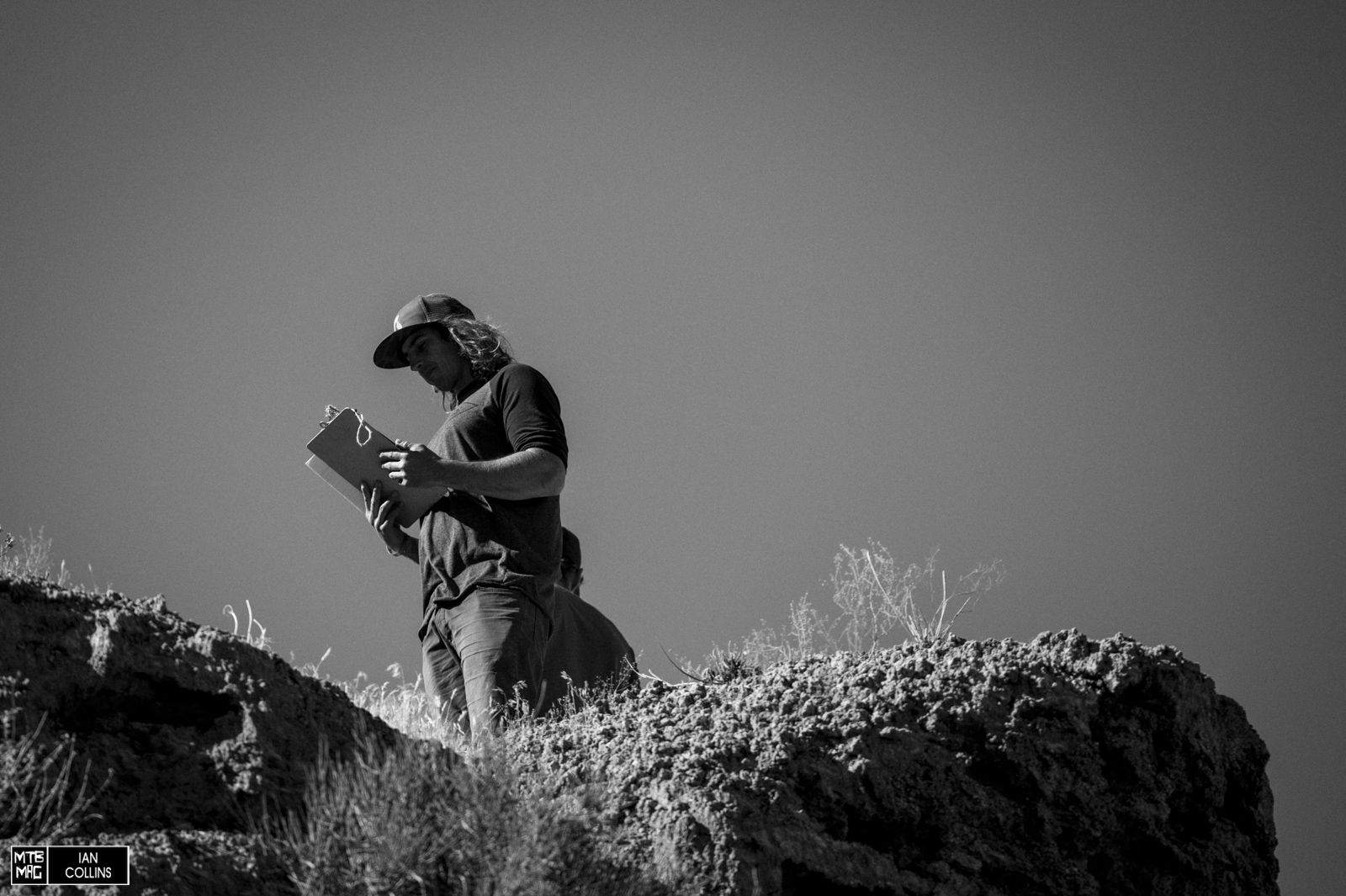 Nico Vink on the judging. Brave. 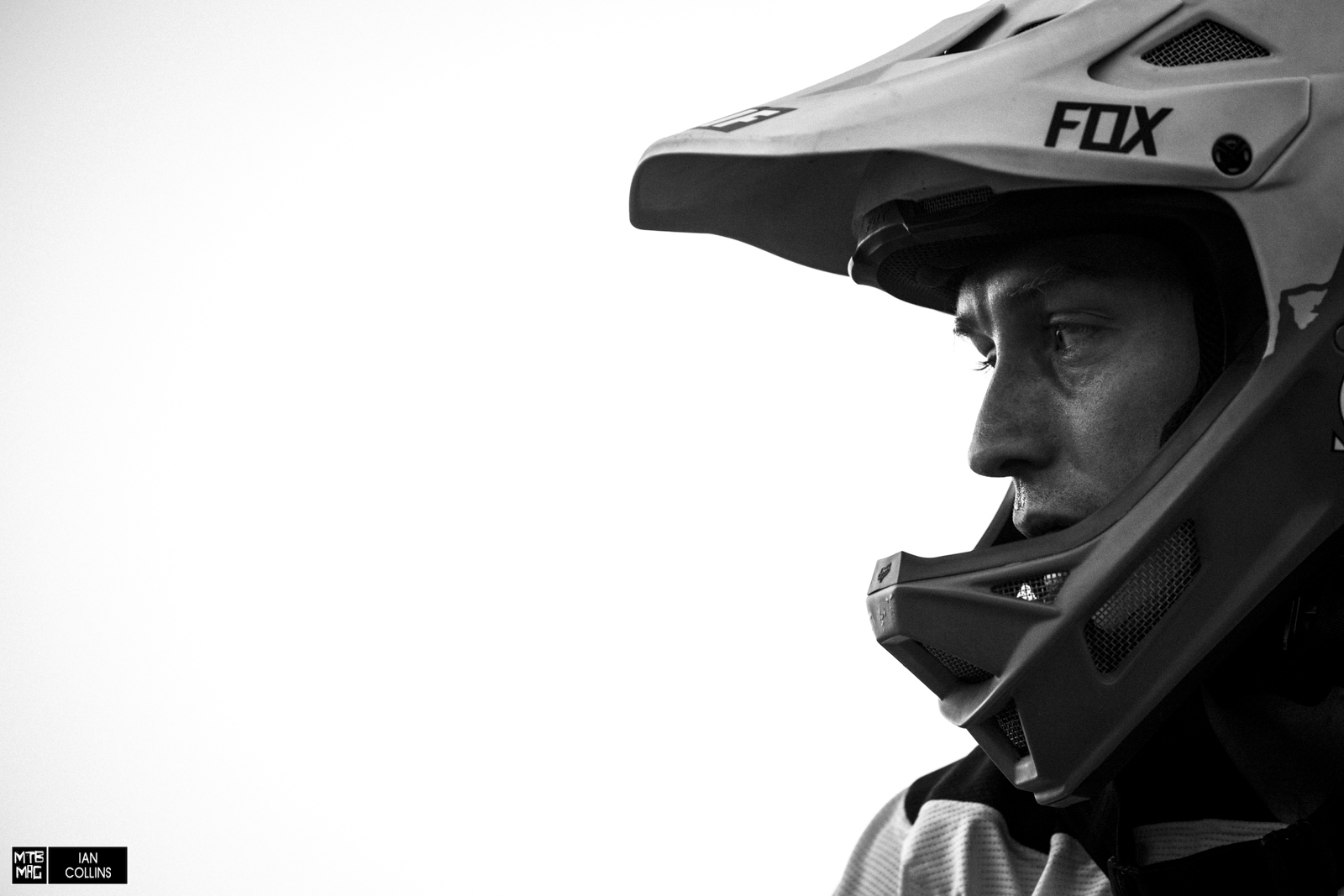 Rheeder looking pensive…no surprise as he was first to drop. 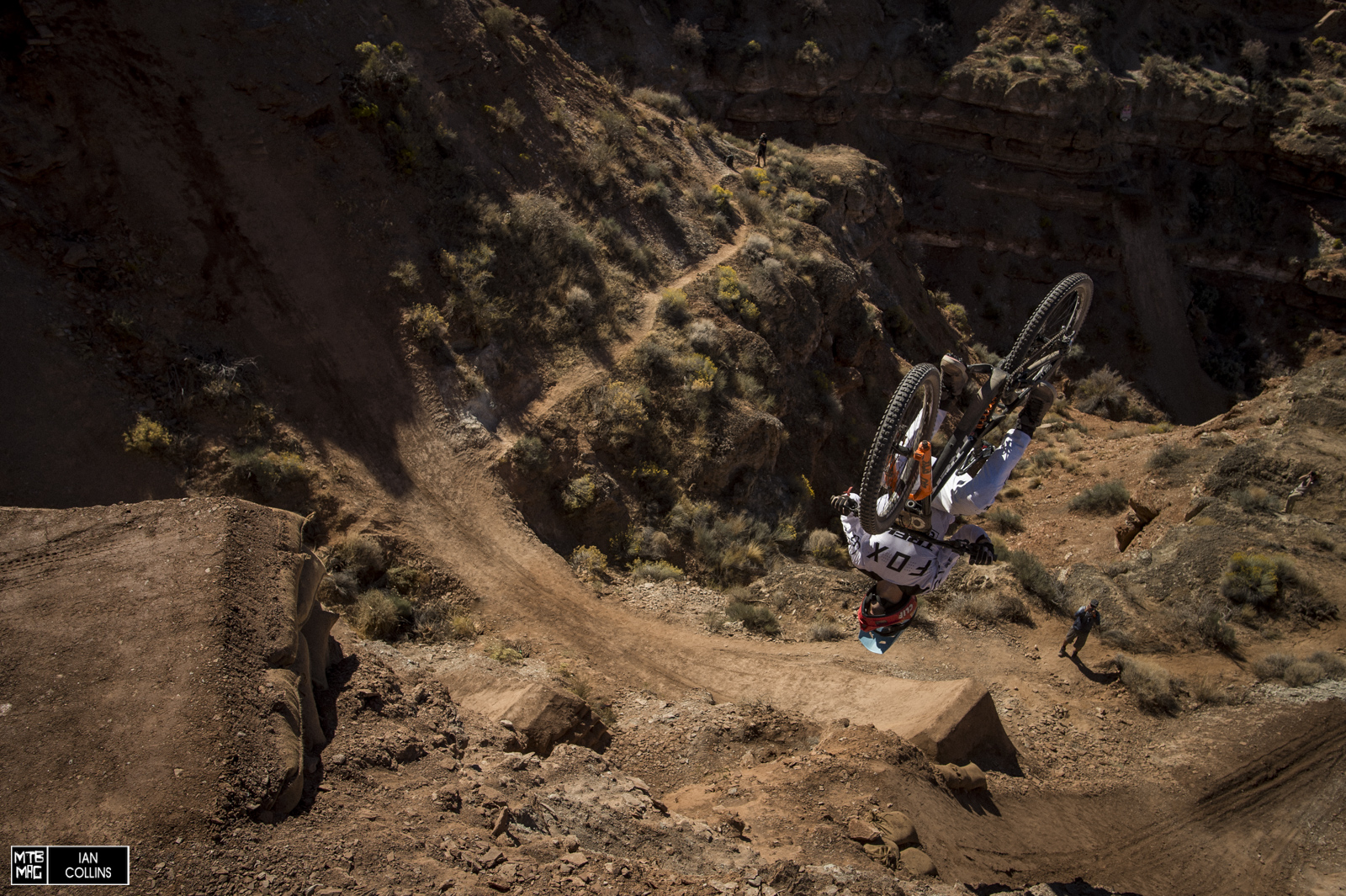 Brett greased most of his first run but bobbled trying to do a 720 on one of his last jumps. Here he is making this sketchy flat drop flip look clean. 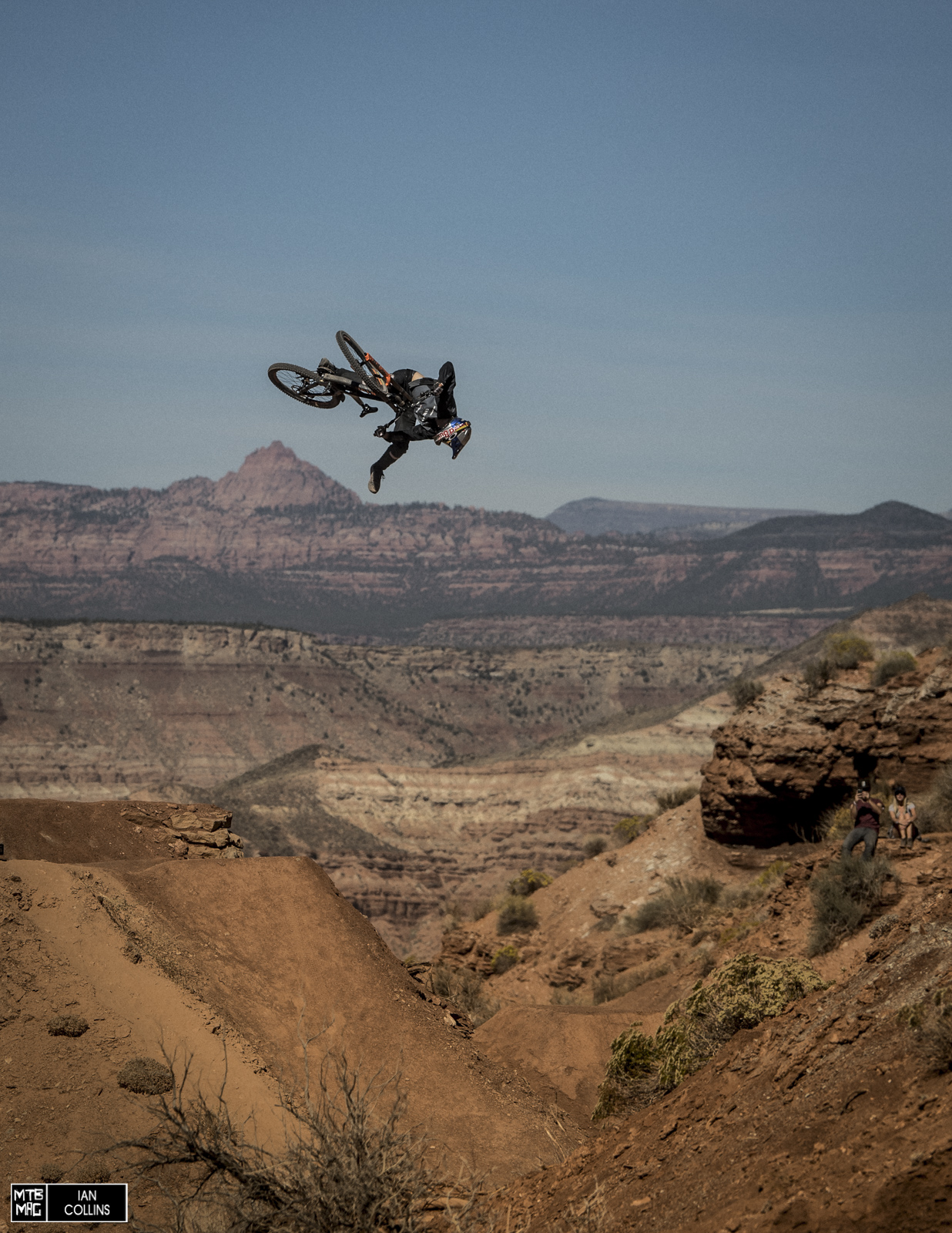 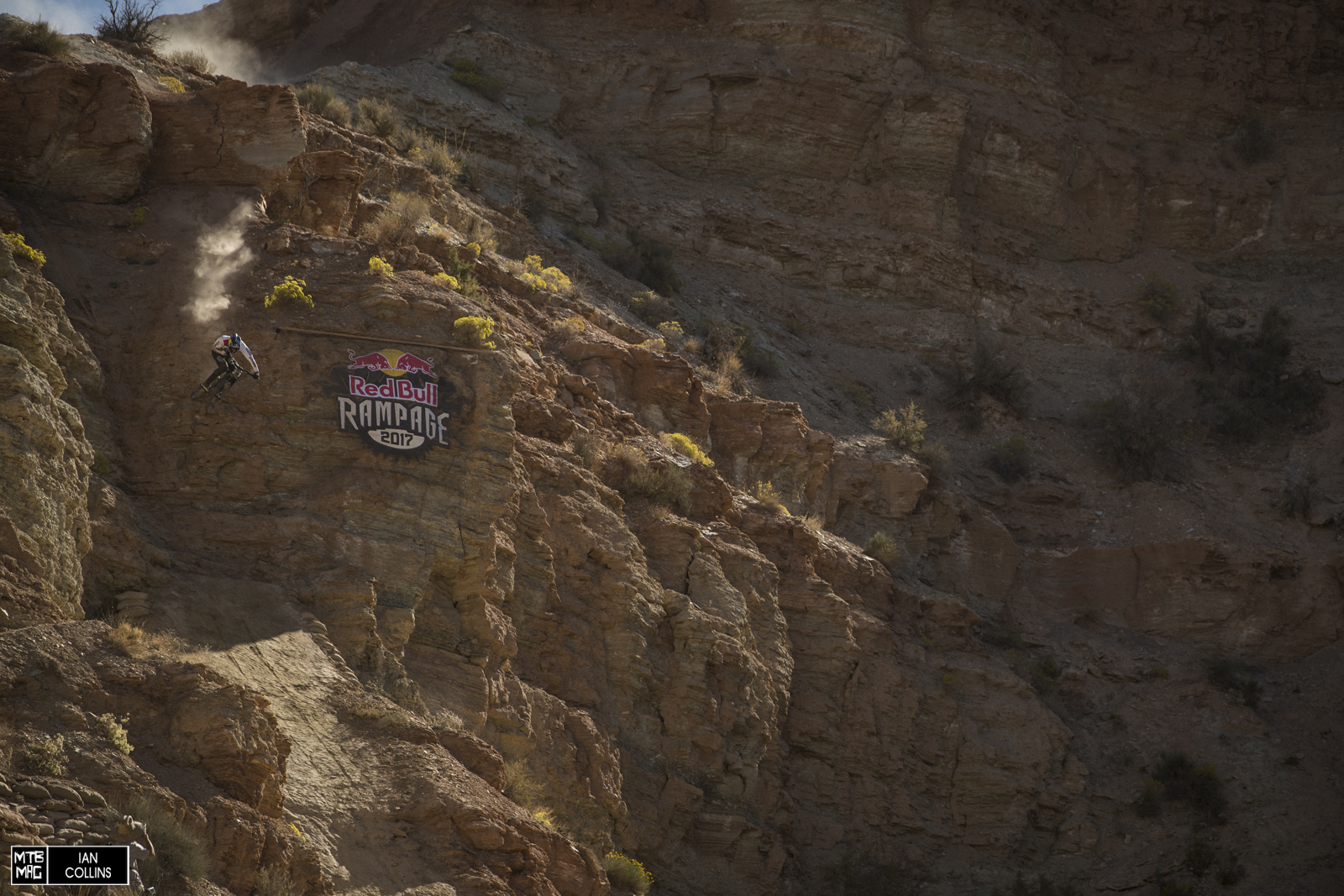 Brandon Semenuk, styling out his heinous double drop at the top of his line. 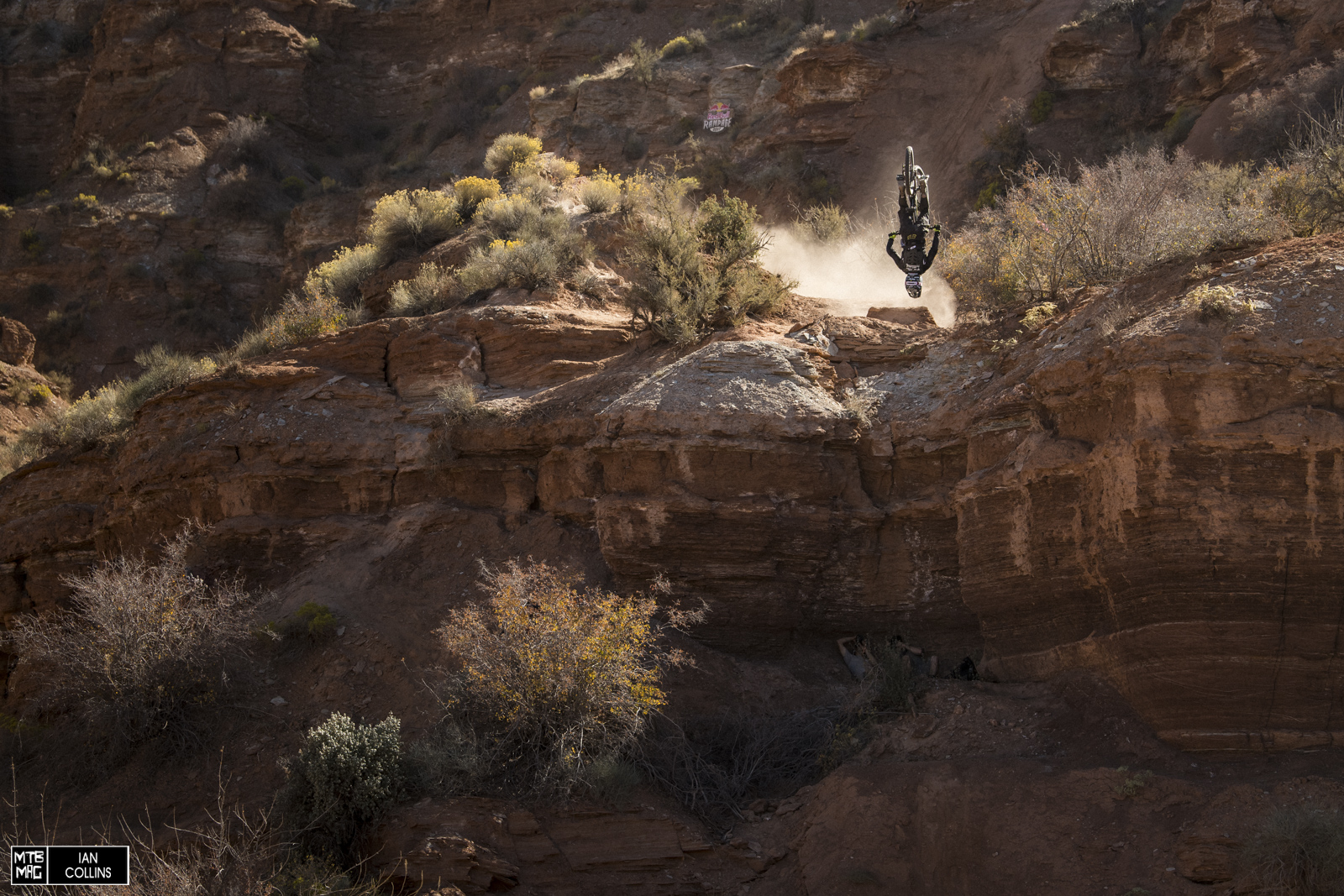 Tyler McCaul with a huge stepdown flip toward the bottom of his burly run. 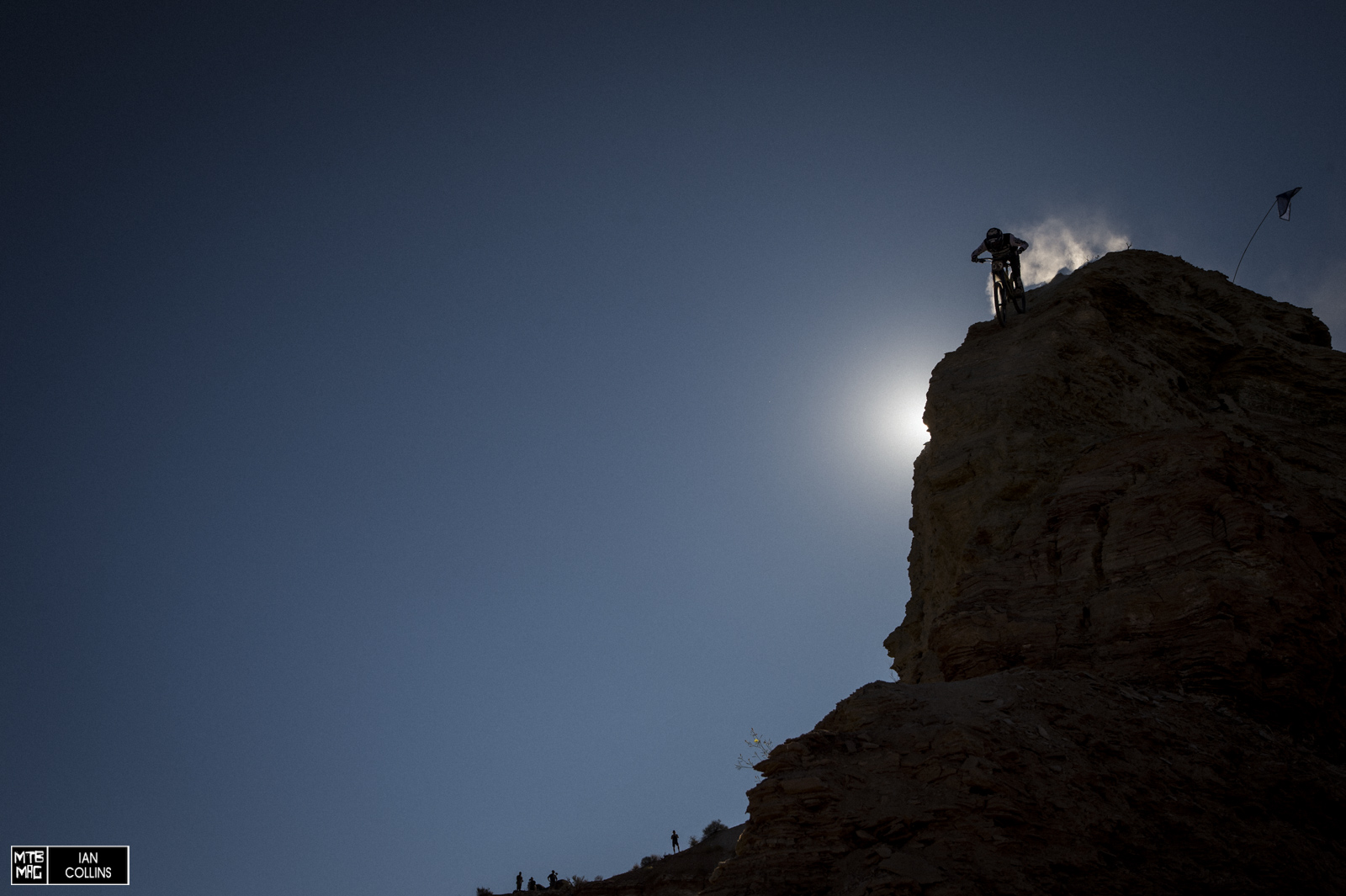 R-Dog on the goblin – second guy to drop. 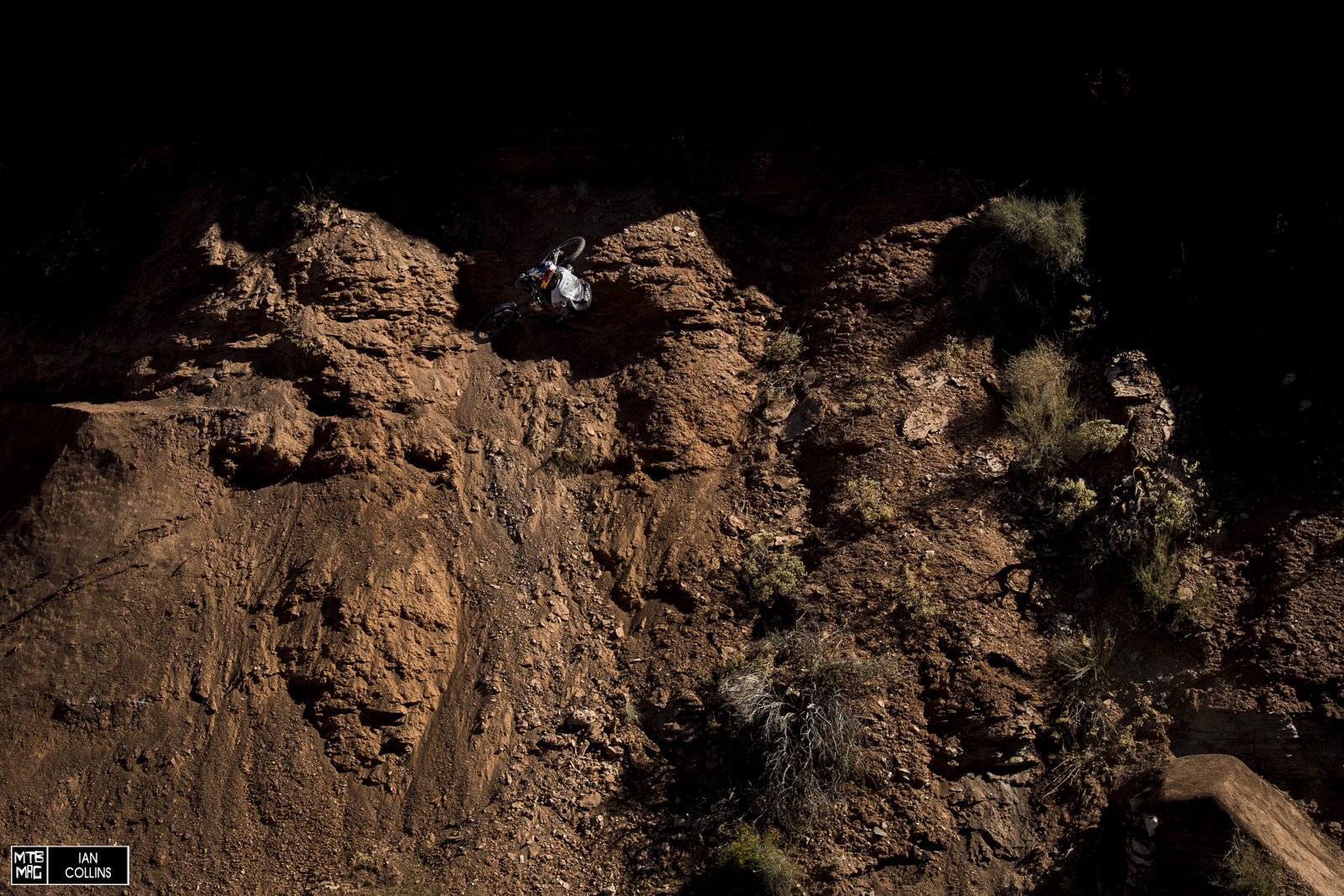 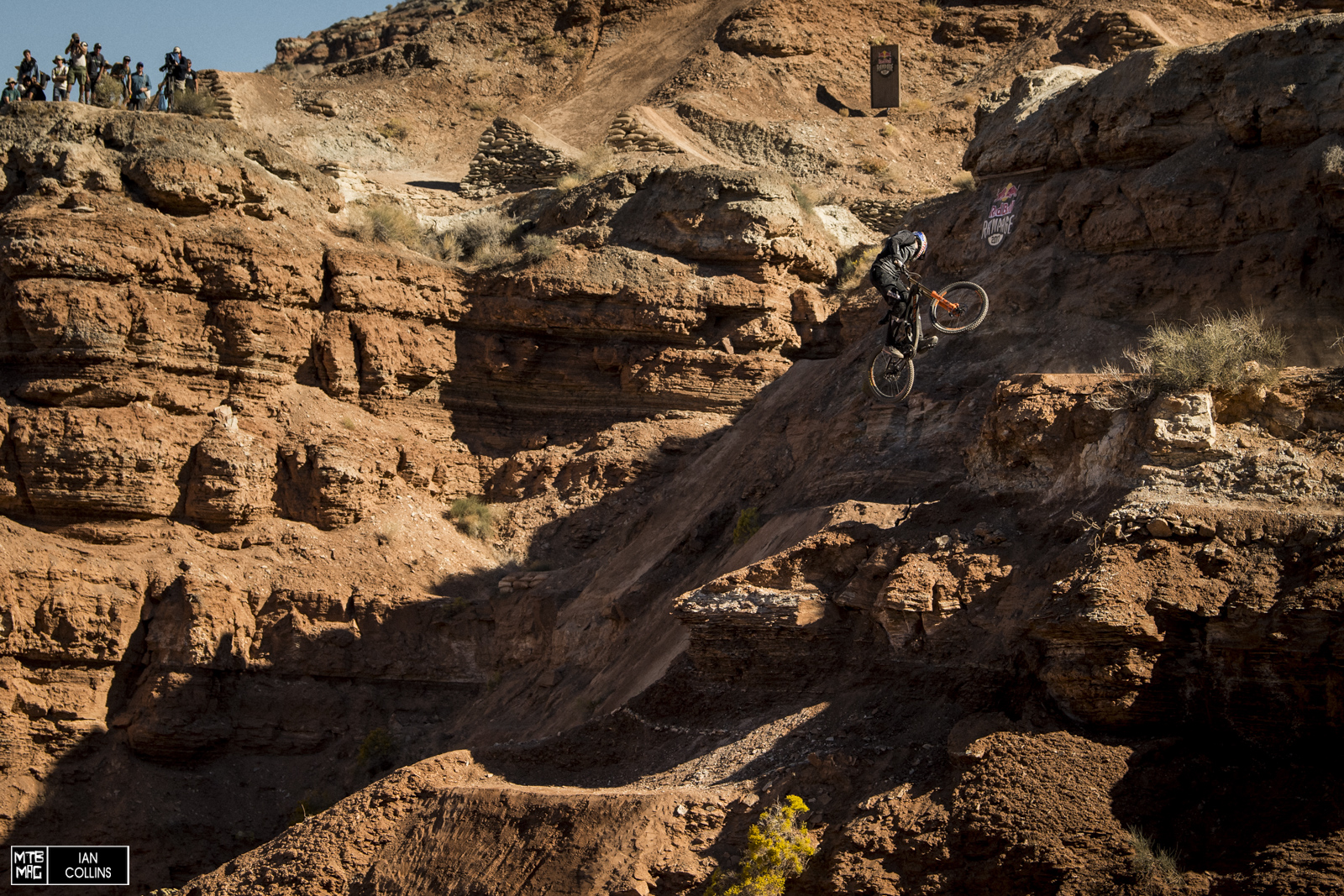 Tommy G’s regular 360 to opposite 360 put him in a good spot with the judges. 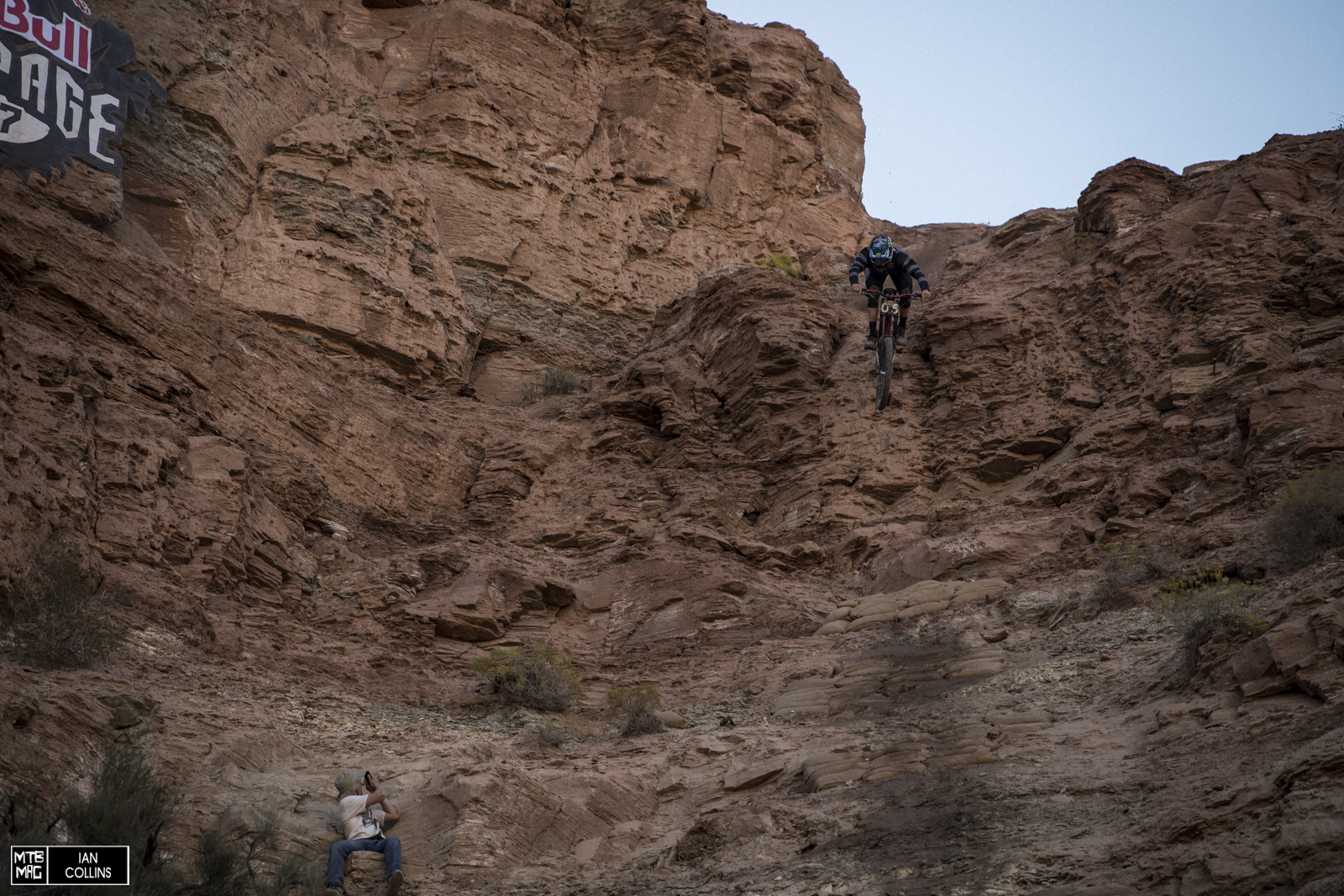 Cam Zink, gloveless and dropping in on a line that had us terrified to even stand on top of. 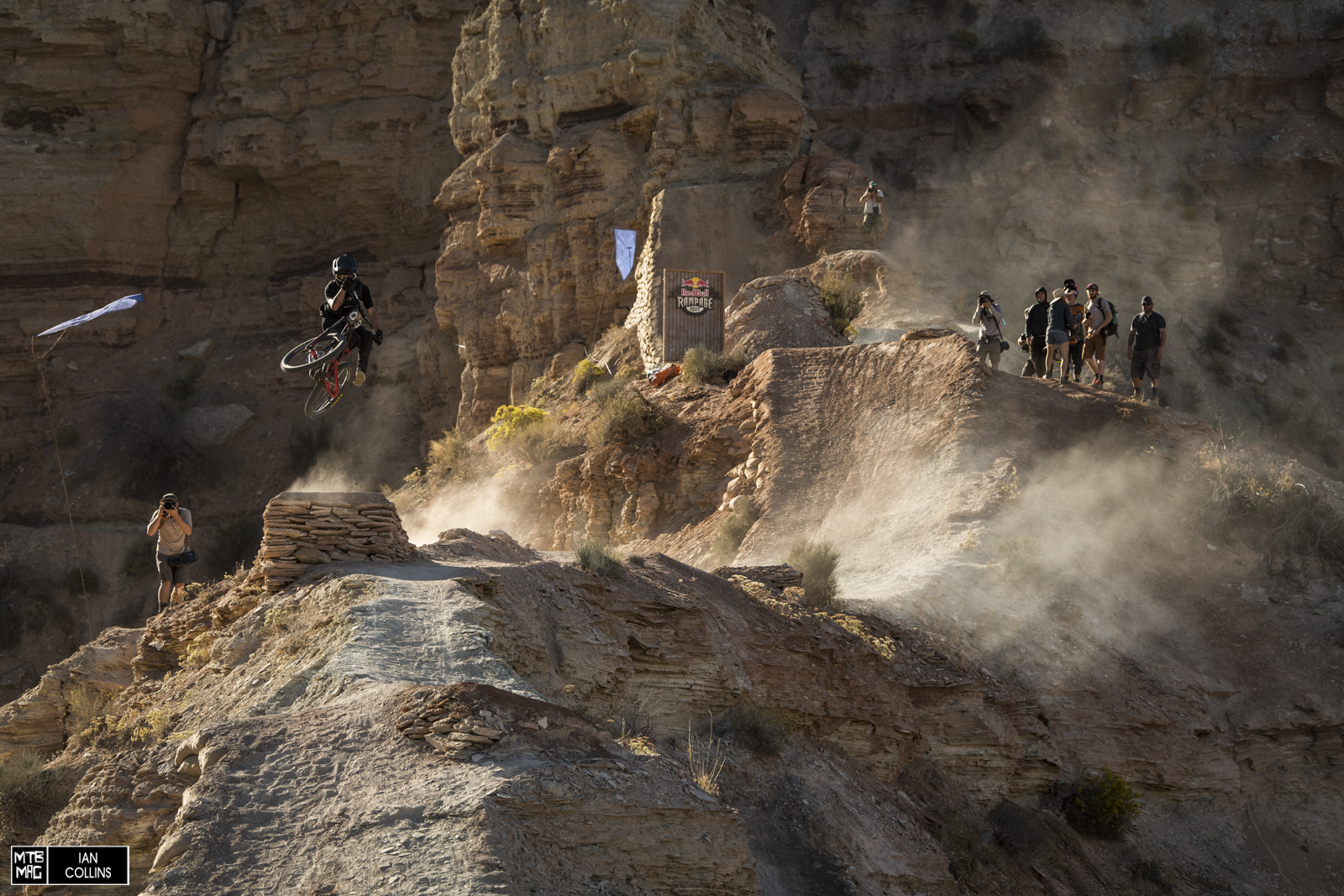 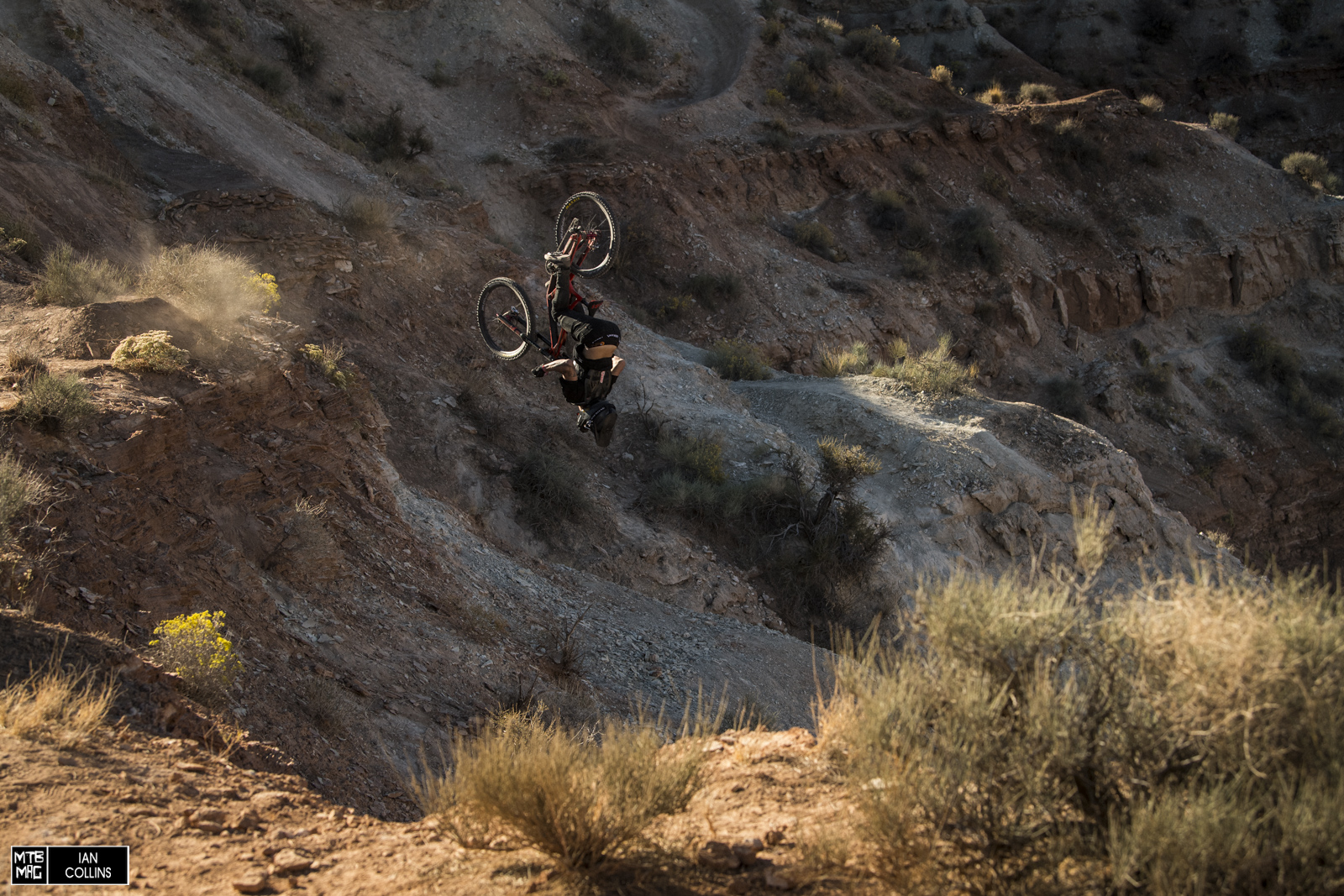 Ethan flipped down into this rather awkward line. A huge no hander in his second run would leave him with 3rd place – super impressive for a Rampage first timer. 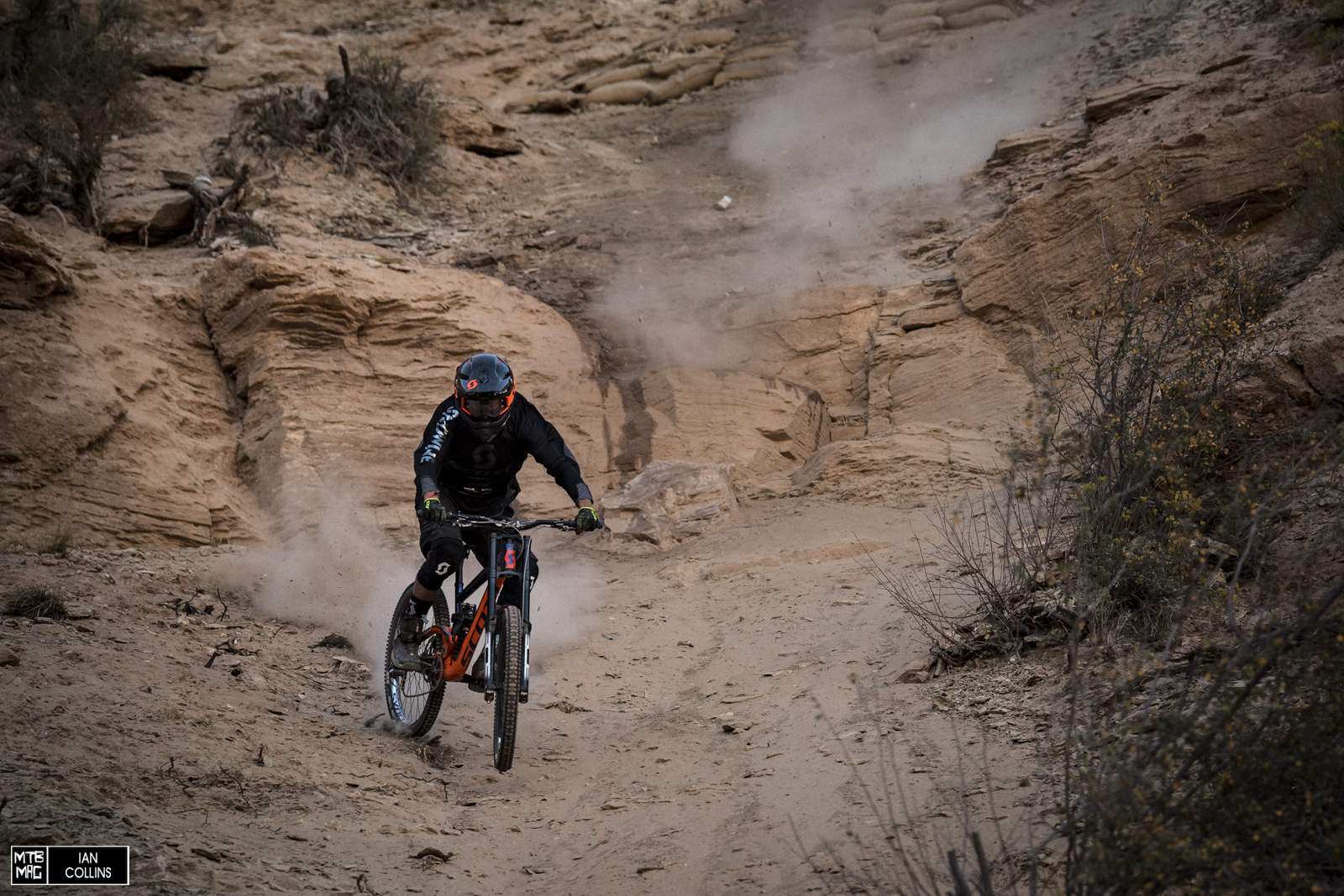 Vinny T, fealess and slapping down the chute where everyone else was just trying to hold a straight line. 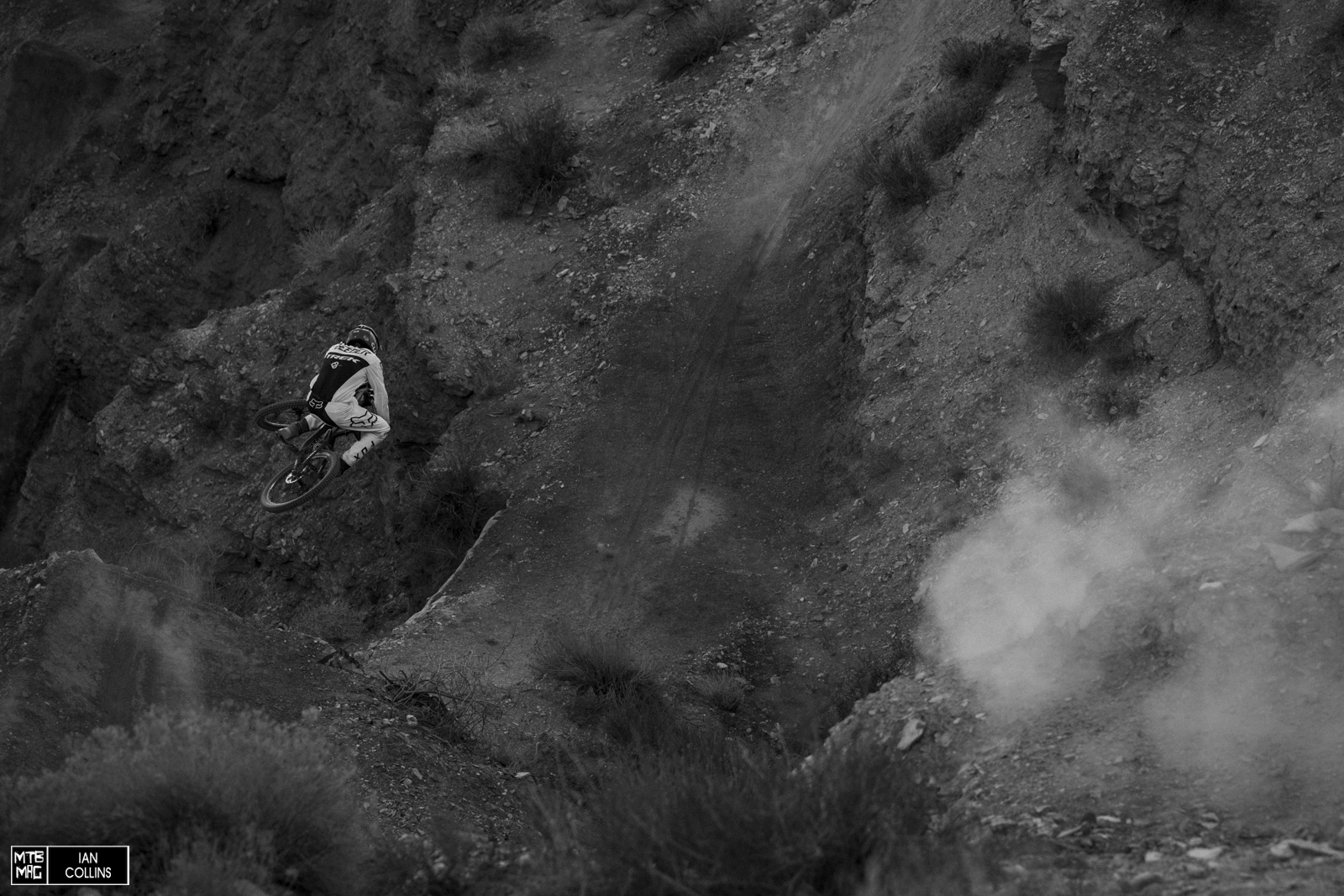 Rheeder stylishly blastling out of his on/off dish. 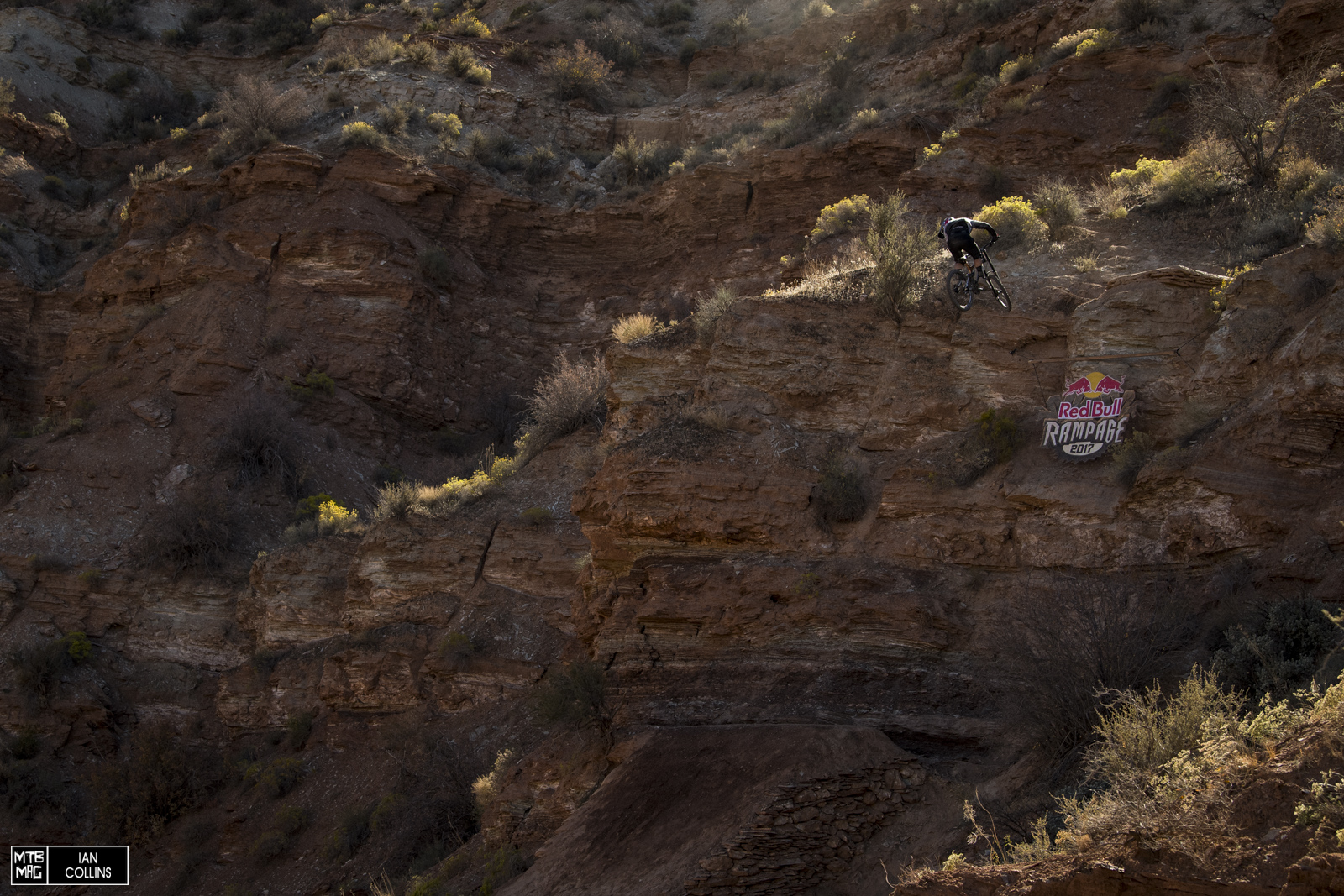 Carson Storch acing a huge 360 on this drop once again in his first run. He would crash in his second. 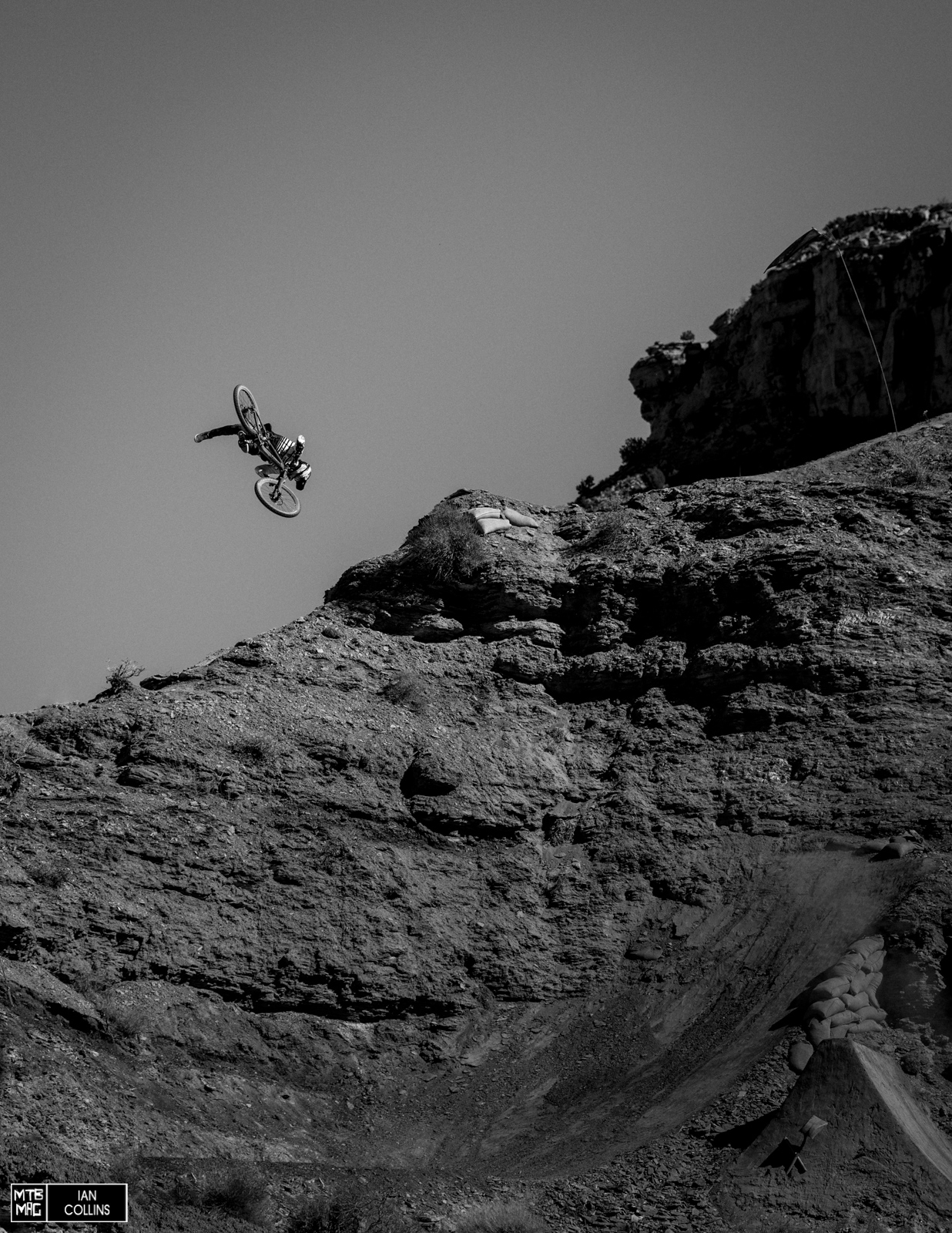 Brandon Semenuk blowing minds with a huge 360 nac in his first run. He didn’t get the leg off second time around. 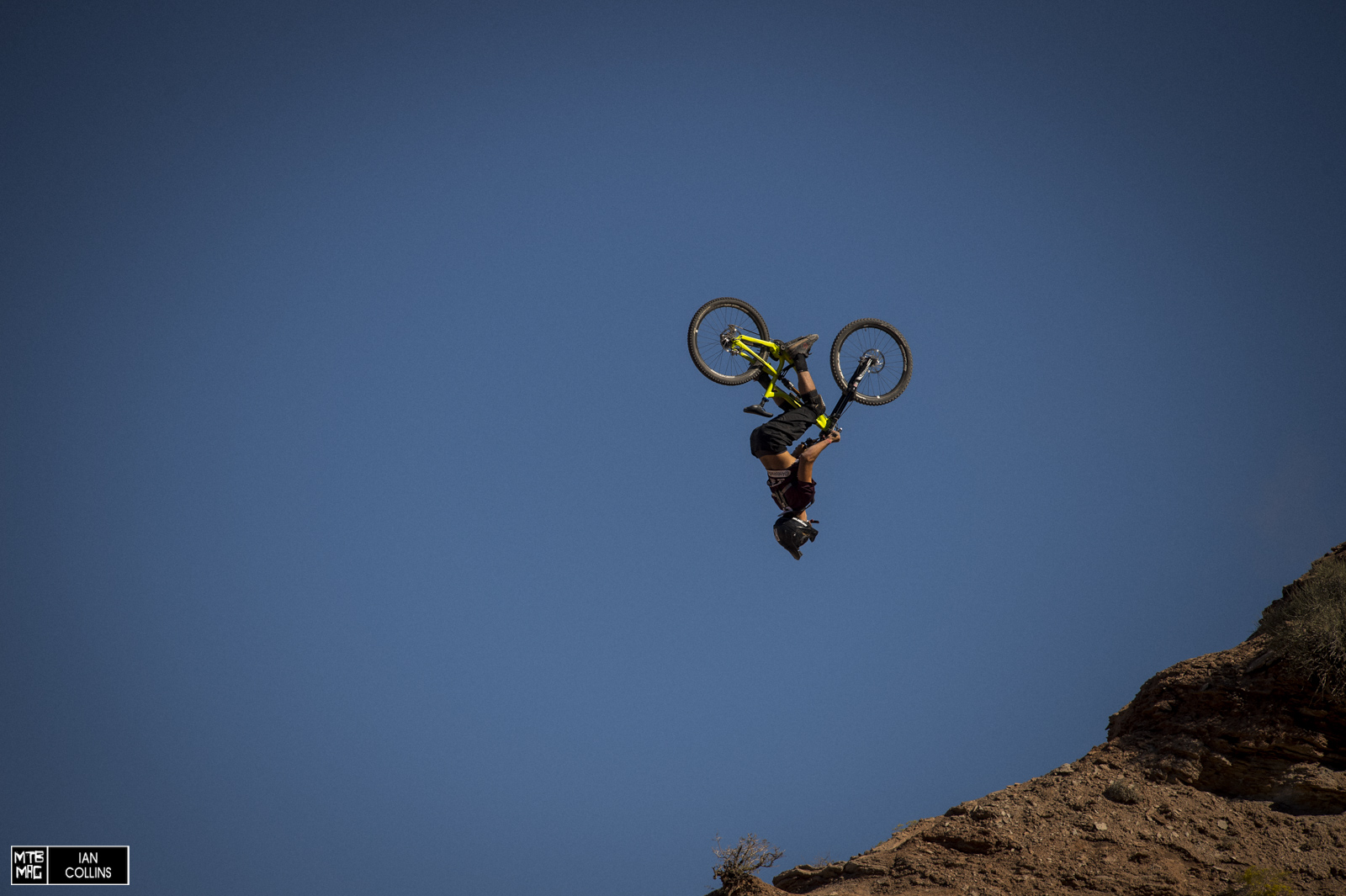 Bizet with a flip mid run. He would double flip down below and the crowd went wild although it didn’t pay off with the judges. Most of the rest of his run was pretty tame, so that was understandable. You’ve got to put a whole burly run together – one trick wonders don’t cut the cake. 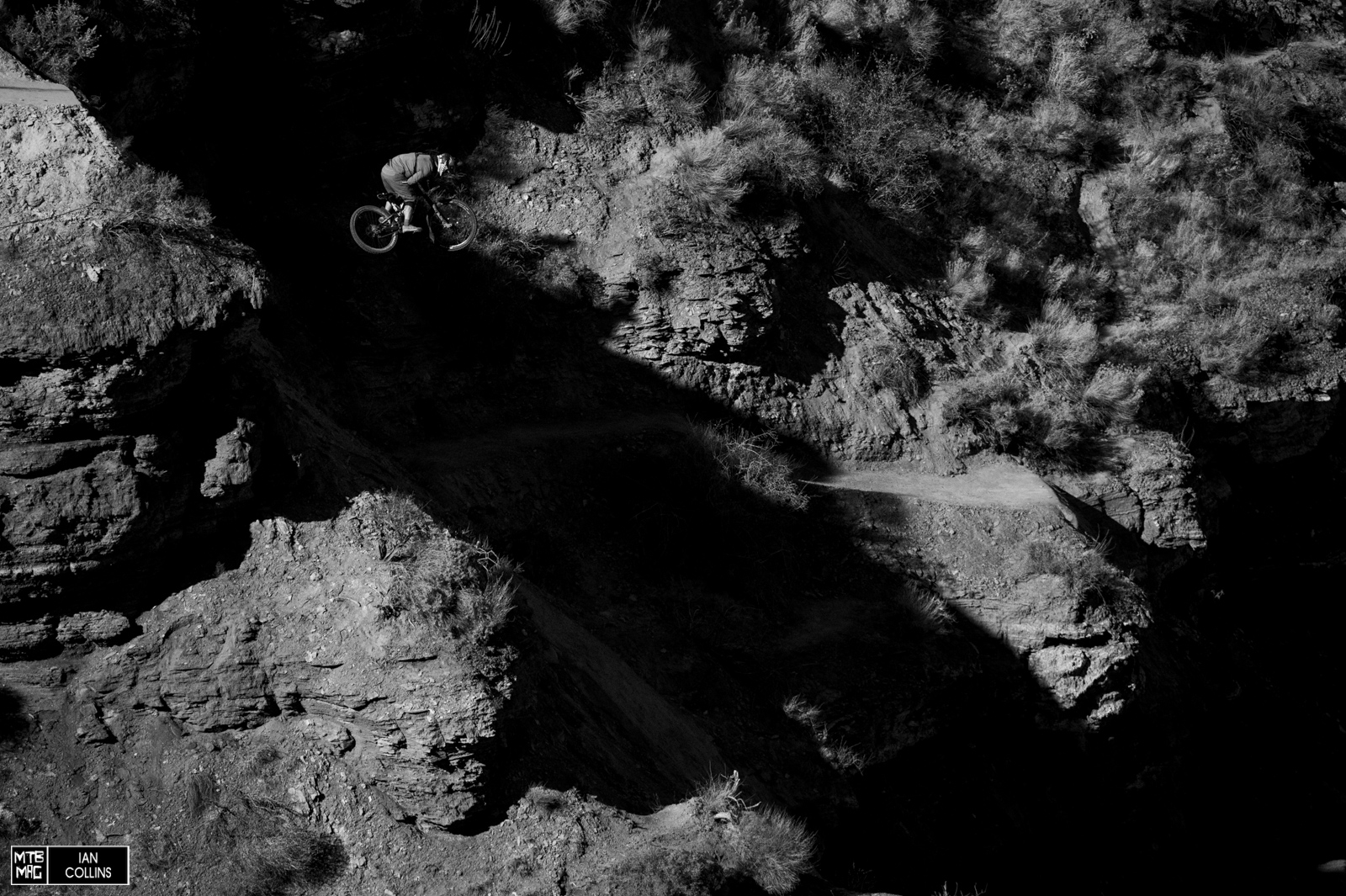 Darren Berrecloth tabling a huge drop toward the bottom. 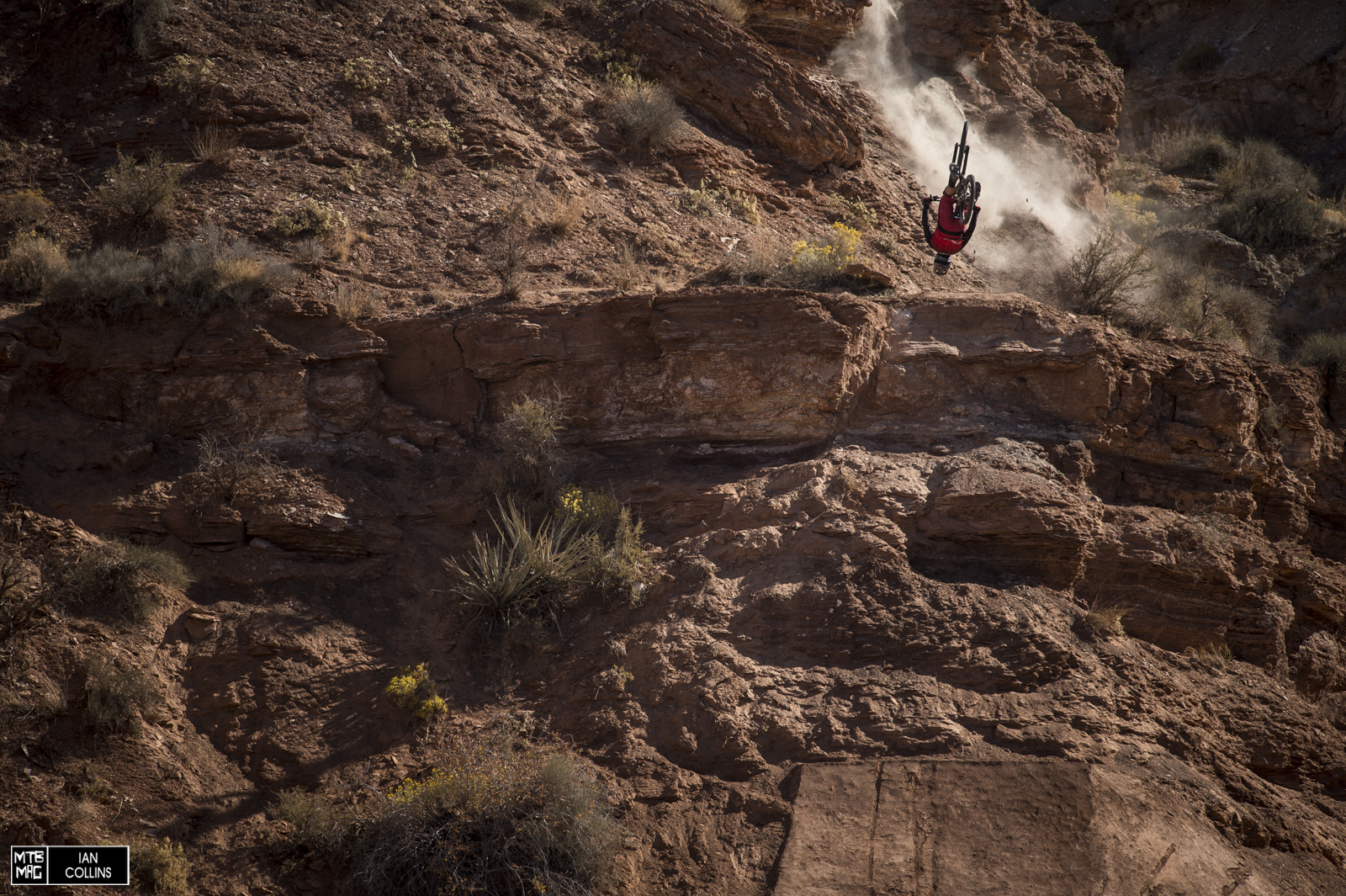 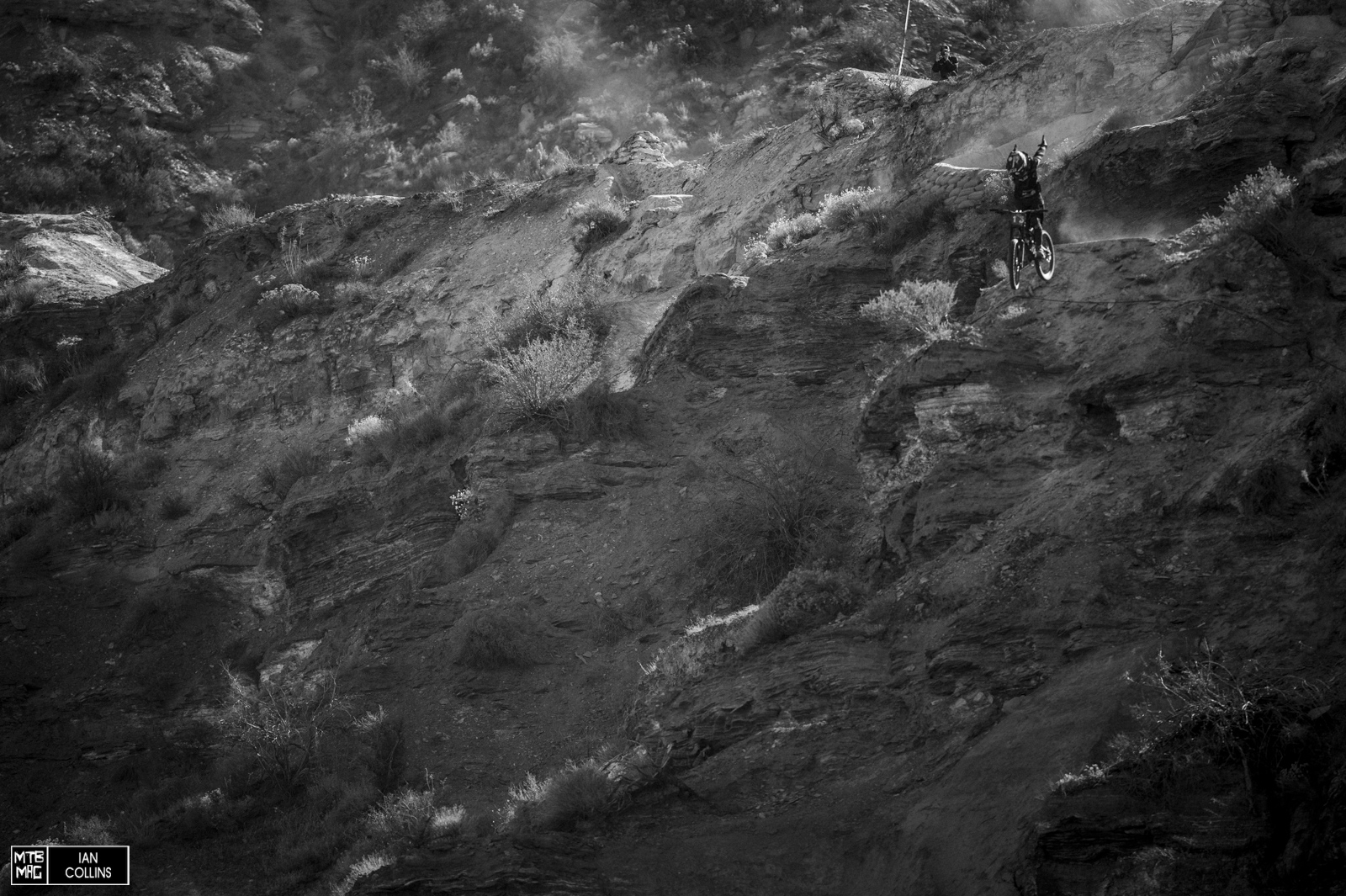 Both of Tyler McCaul’s were phenomenal. A huge suicide no hander on one of the biggest drops at the venue. 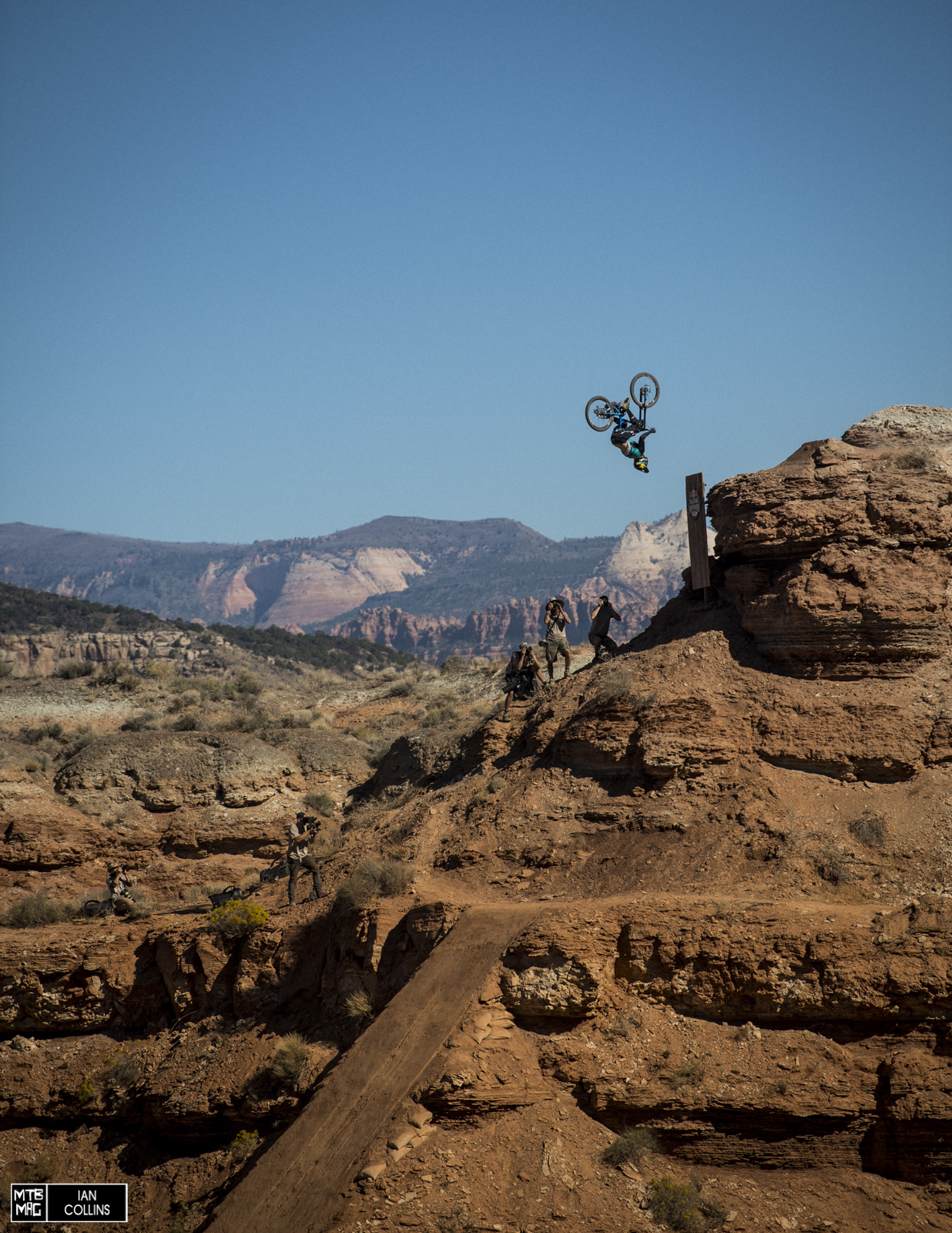 Kurt Sorge’s run was simply insane top to bottom, but this was the icing on the cake. A huge backflip on the drop that took out Aggy last year. So burly. 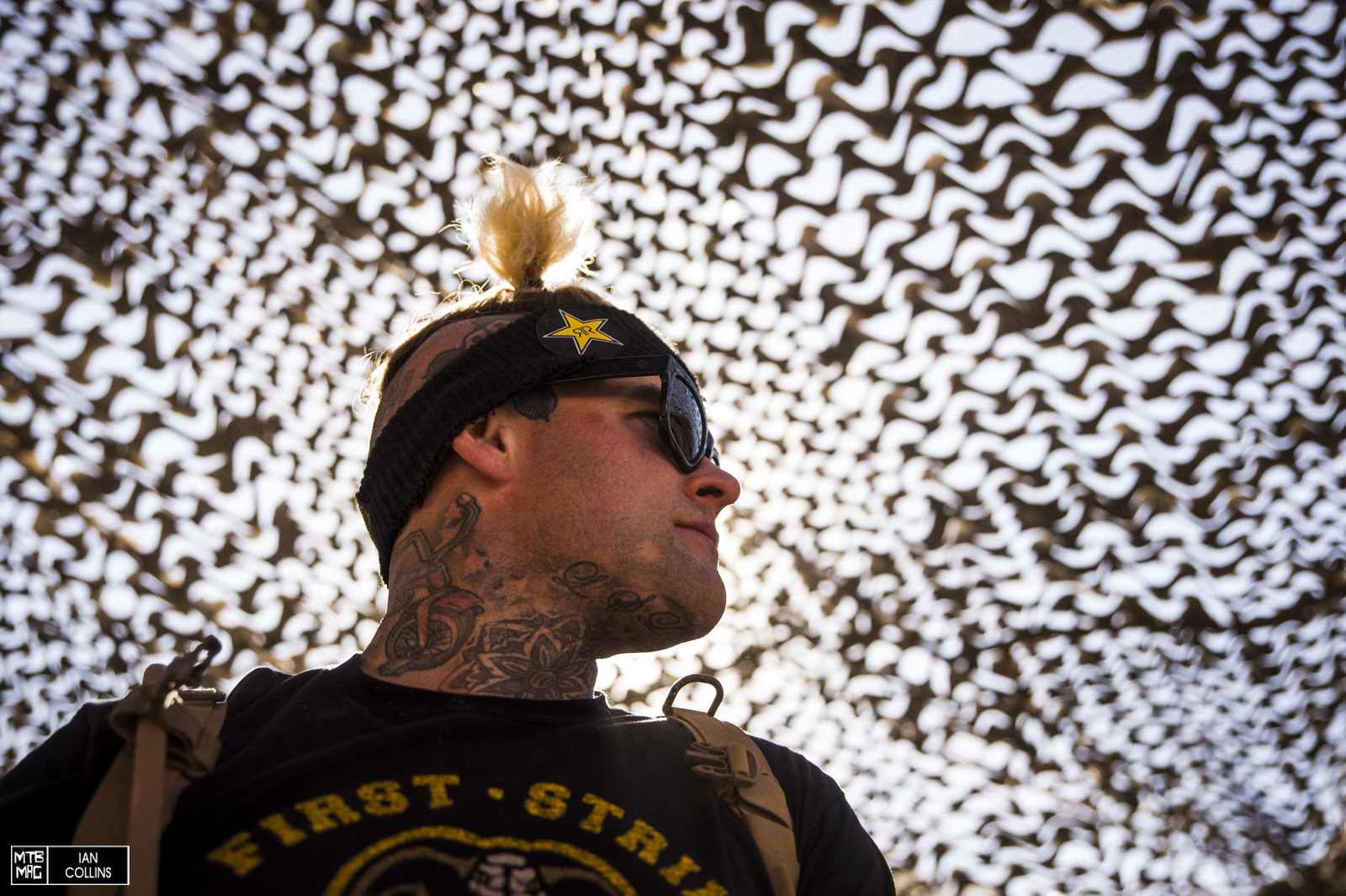 The one and only Jordie Lunn. 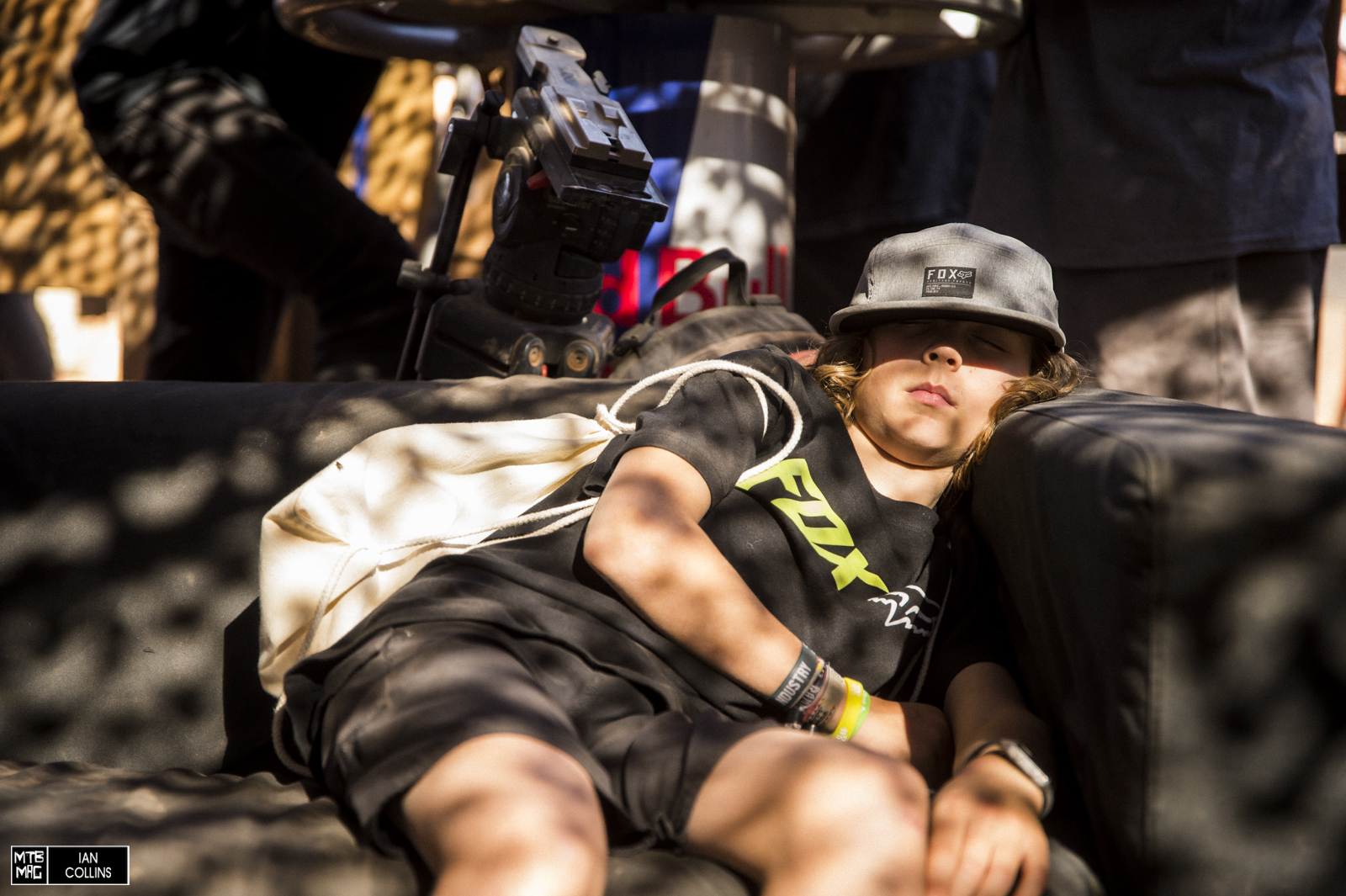 Rampage was too much for Jackson Goldstone. Out cold by 3:00.