We recently had a chance to spend a few days in Northern California to visit a couple of factories and offices. Our first stop was at Ibis in Santa Cruz. The rider owned brand was originally born in 1981 in Scot Nicol’s garage in Mendocino, CA. Although throughout the years Ibis have been constructed from titanium, steel and aluminum, they are now all exclusively made of carbon fiber. Poke around their workspace with us and enjoy the pictures below. 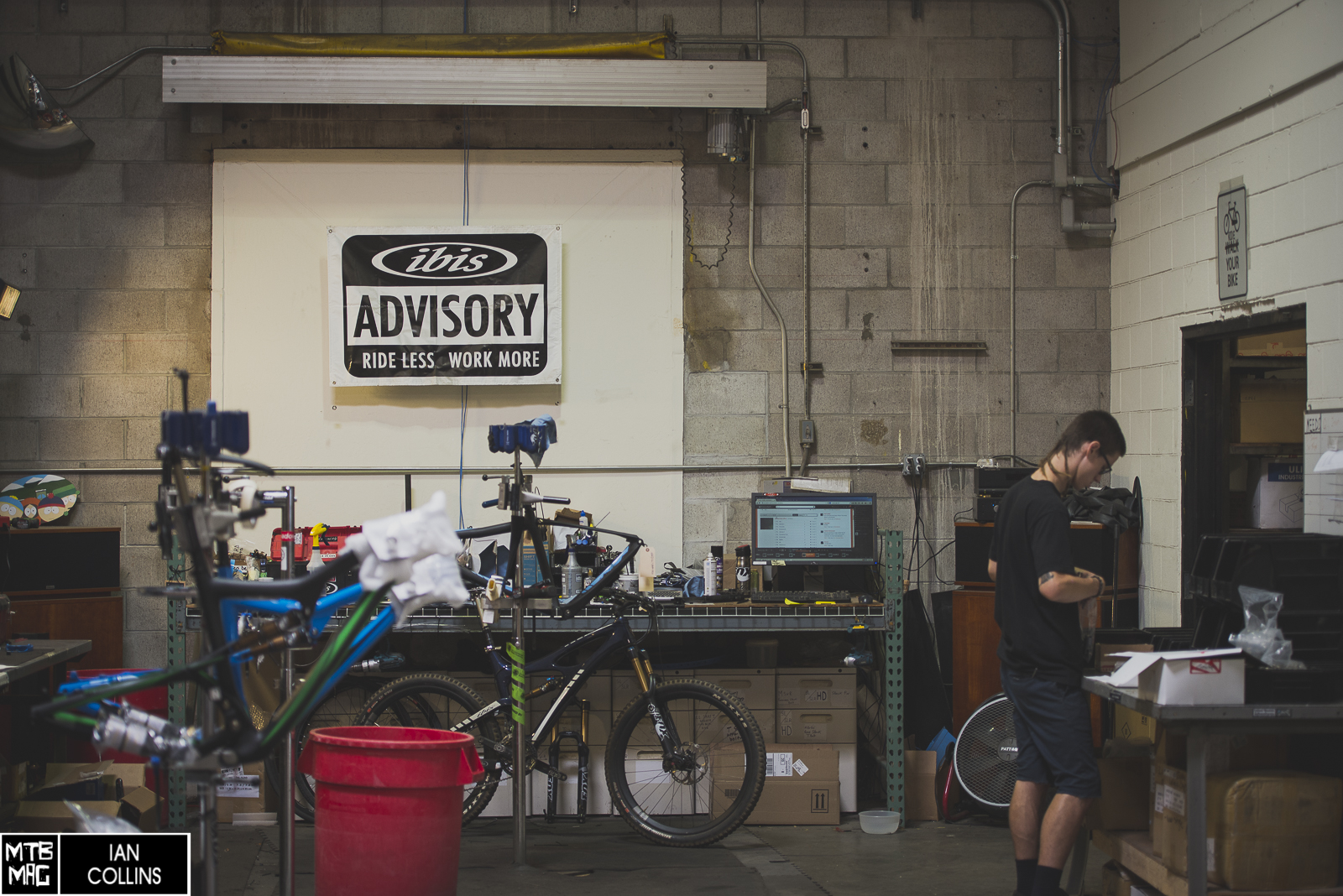 For people on the outside of Ibis, their motto is ‘ride more work less’. For their own workers, it’s ‘ride less work more’. That’s kind of a joke actually, almost everyone at Ibis is a super serious rider. This is where Ibis stress tests every frame. 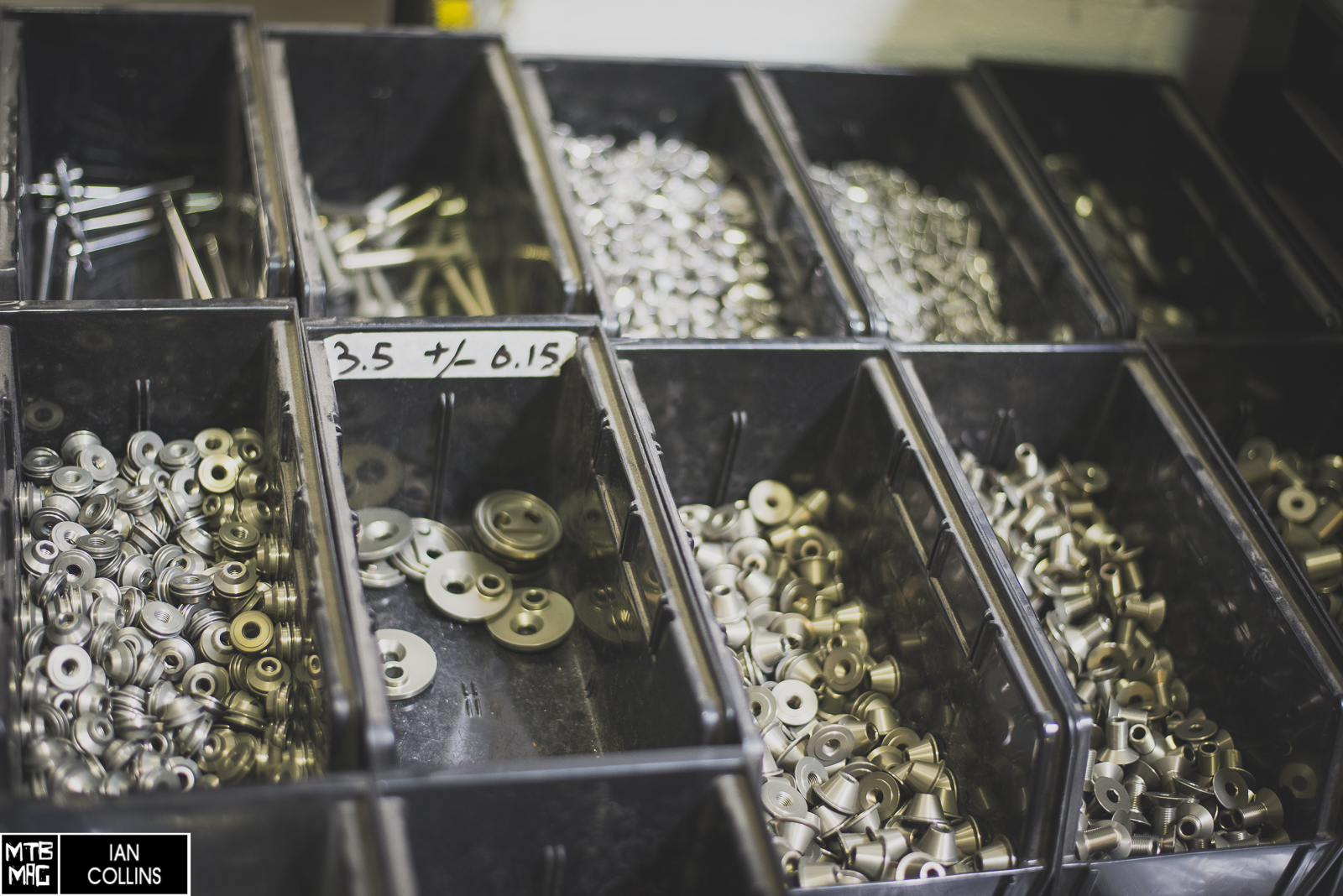 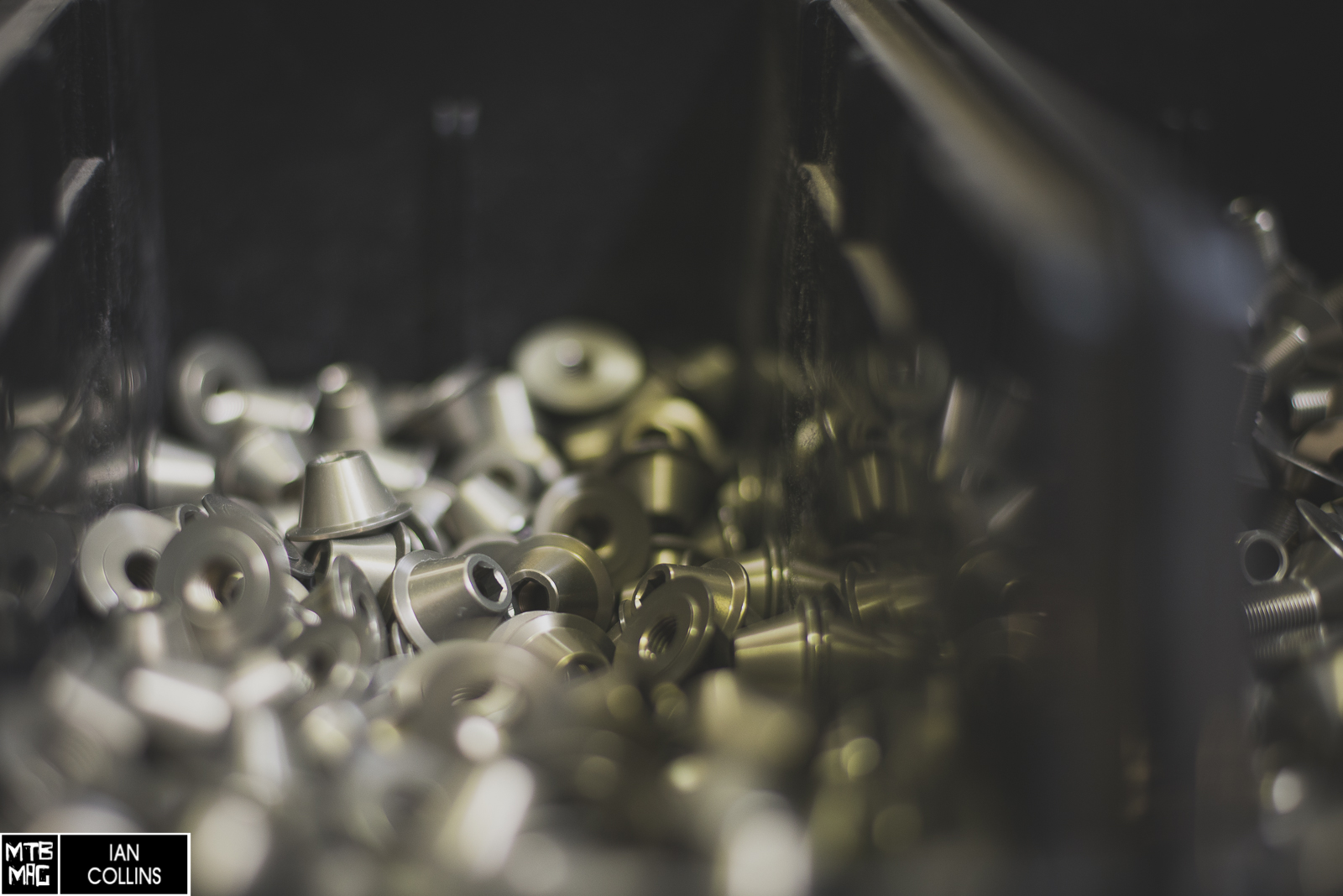 Beautifully hardcoated bits and pieces – ready to hold a frame together. 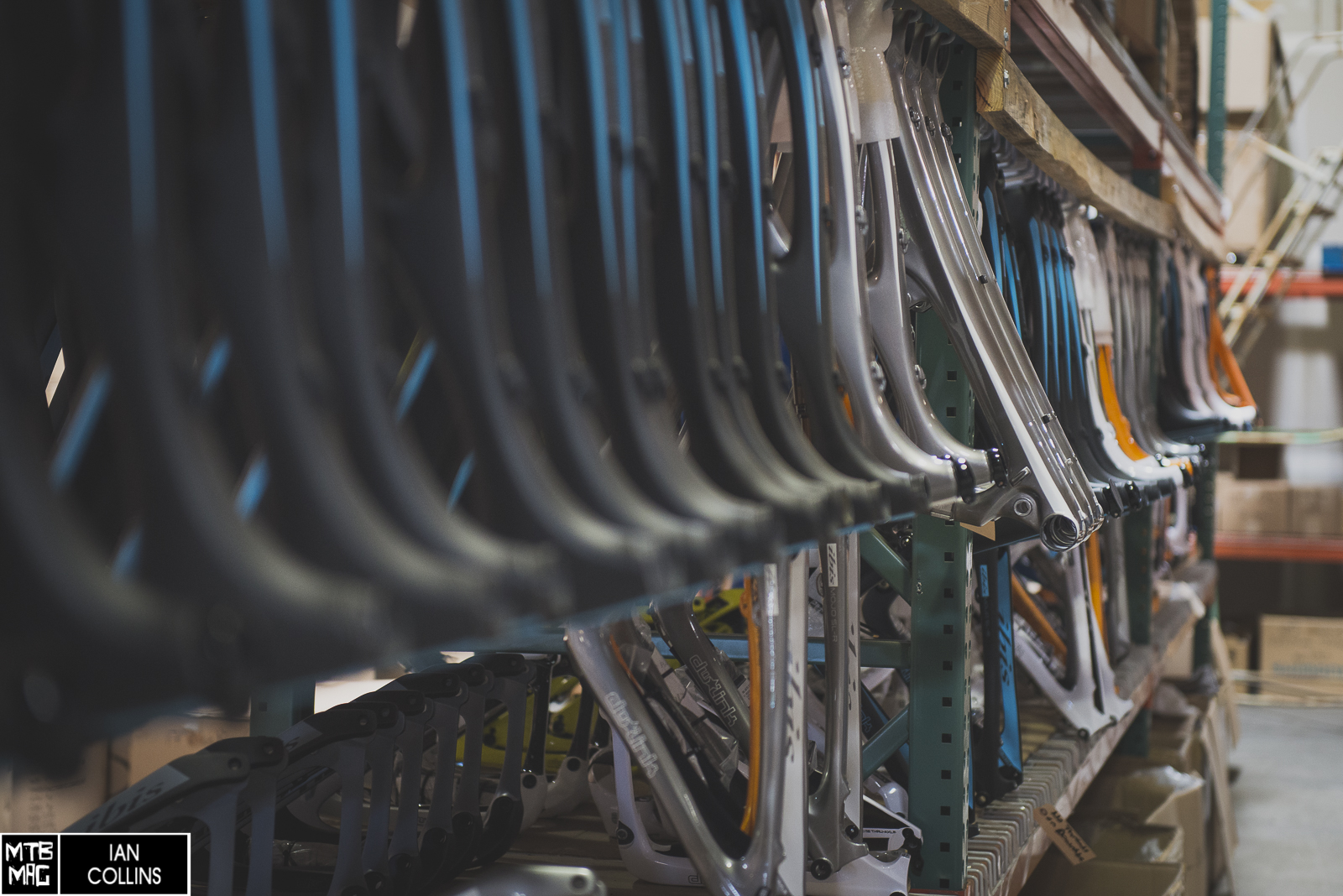 Where the eccentrics end up. 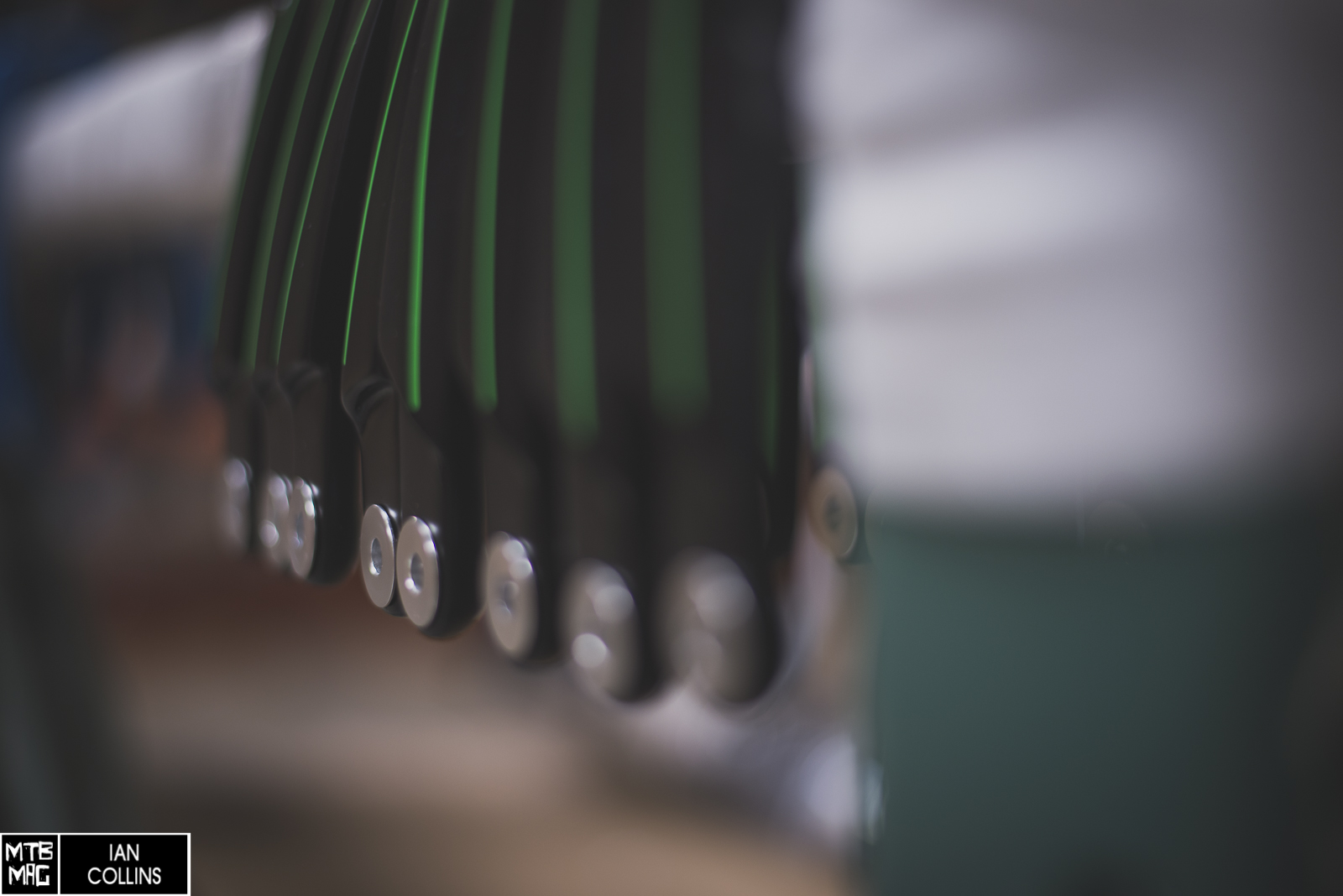 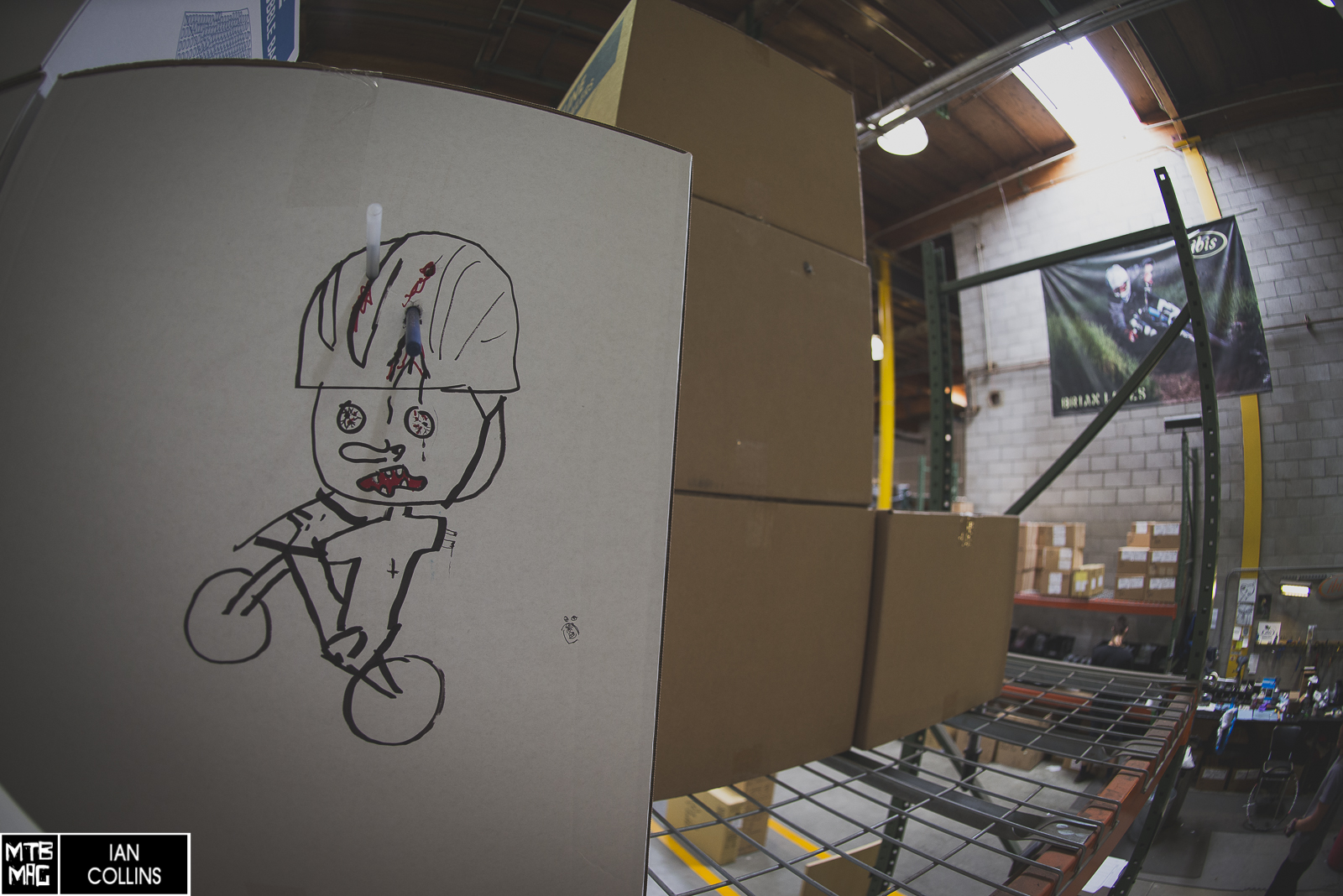 What’s that saying about “idle hands”? Ibis has a lot of wonderful bikes in their museum, and is currently working on building displays. The Szazbo was produced in the mid 90’s, and feature John Castellano’s Sweet Spot (TM) suspension with 5″ of rear wheel travel 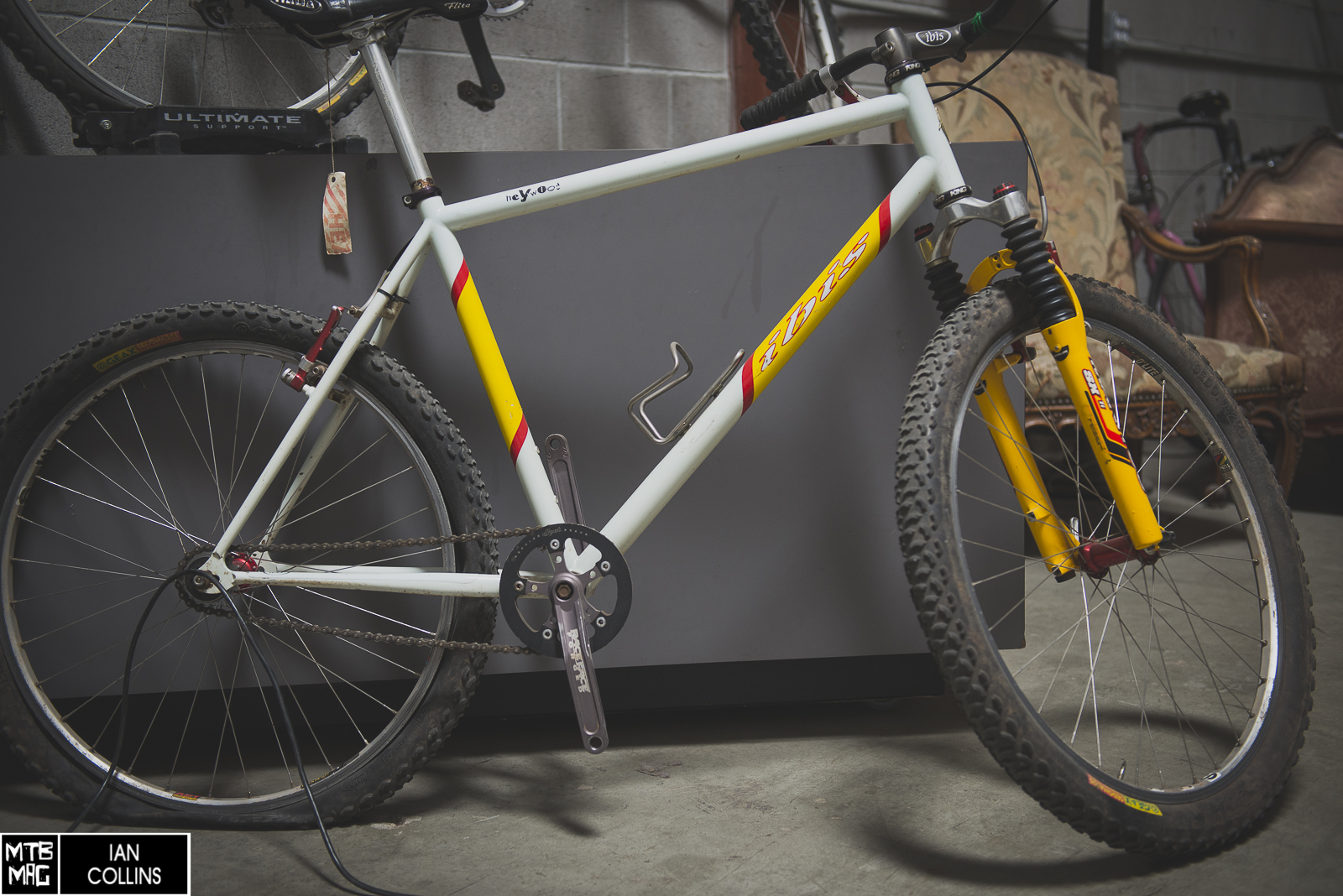 Ibis made a batch of 26 steel single speeds in the late 90s, one for each letter of the alphabet. Customers chose a name to put on the top tube, that started with their letter. This is Scot’s personal bike, named Heywood.

Here is an excerpt from Rona Hung who owns one of them, and her story about how she got her bike :

On a day in 199something, I heard a rumor that a bunch of the guys at the Spokesman in Santa Cruz were laying claim to a special batch of Ibis single speeds that they had heard a rumor about. Jason Carr, Eric Frame and Mingo Graham (my bf at the time) had put their orders in. Eric got the “E” (Effinator X), I forget what Jason got, and Mingo got the “M” (Mingo Bingo). I wanted one too, but the “R” was taken. Unable to decide on a second choice, I let Mingo work out the details from there.

He chose for me the “B” for BooBoo his pet name for me at the time. When the my frame arrived, instead of Boo boo, it read Boo hoo… with an “h.” Mingo blew his lid, got on the phone with some poor sap at Ibis and gave them an earful. “I don’t called my girlfriend Boo HOO!” I personally didn’t care. I was actually kind of glad that it was Boo hoo. Sounded tougher to me.

Mingo and I have obviously since split up and I continued to ride the bike for many years after. Instead of a name that would’ve become obsolete, (and one which Chris would be jealous of today), over time it made more sense. Glad that someone had less than perfect handwriting. The Silk Ti was a pivotless softtail built around 2000, featuring 1.75″ of rear wheel travel. 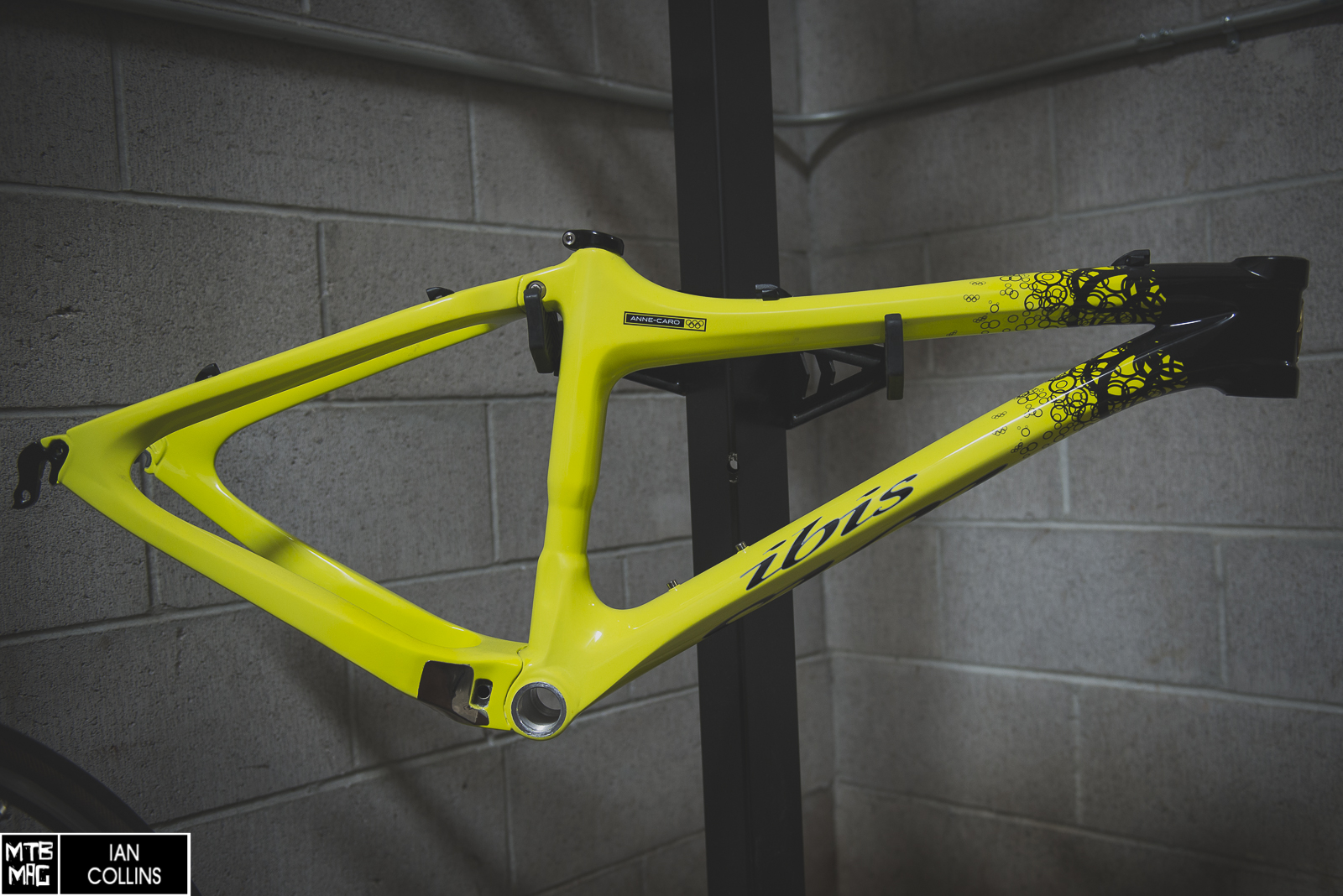 Custom painted Tranny for Anne Caro Chausson, with an olympic ring motif for the paint job. She won the BMX gold metal in the Bejing olympics. Alibi hardtail. Alibi was sort of kind of short for Aluminum Ibis Trials was big in the 80s and Ibis built a ton of trials bikes. This Trials Comp features a cast magnesium bash guard and 24″/20″ wheels. The Mule was the proof of concept bike for the dual eccentric suspension found on the Ripley. Pretty cool to see a raw prototype! Ibis was extremely adept at Titanium fabrication through the 90s. Now as we mentioned earlier – the company does 100% carbon bikes. A pulled back view – a whole lot of cardboard with a whole lotta carbon inside. Thanks for checking out the factory!