“The best track that ever existed“. Words by Thomas Frischknecht, commentator on Swiss television. This is the opinion of all the athletes competing for the Olympic medals today, after a night that brought rain to Izu in Japan. The ground is still wet, although the sun has partly peeped out of the clouds again, bringing temperatures and humidity.

5 laps instead of the 6 foreseen precisely for the heavy conditions but not only, also the infamous MVDP ramp has reappeared to reduce carnage for the athletes. Ferrand Prevot had a wild against the slippery stones, getting stuck on an uphill section of track, with the bike sliding down. 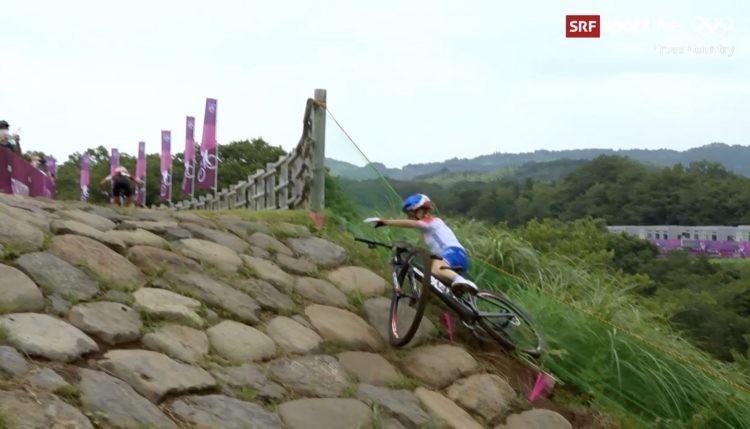 During the first lap, for the first time this year, it was not the super favorite Lecomte taking off. On the contrary, the Frenchwoman seemed to be unable to find the right race pace, which Neff did with her excellent riding technique in these difficult conditions. Not only that, she came up short on the MVDP drop and saved it big time (also thanks to the dropper post). 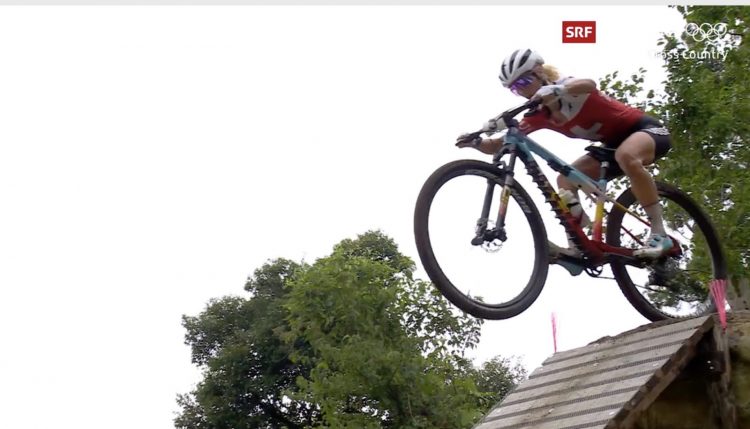 The Swiss taking flight, detaching the competitors by almost a minute after two laps in the middle. 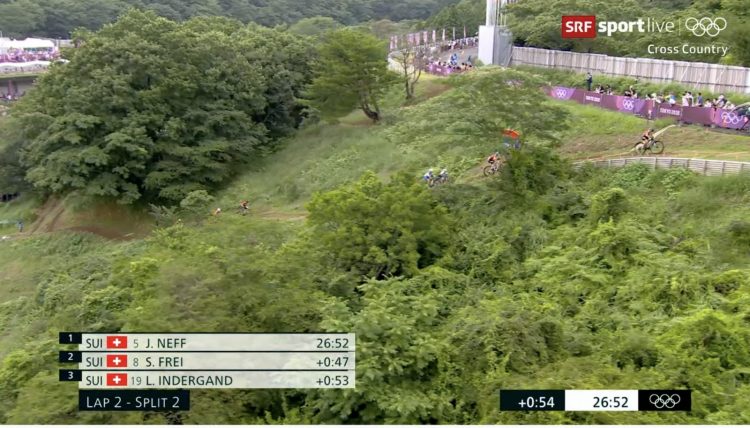 It was not Lecomte’s day, also slowed down by a drivetrain problem. Her gap after 2 laps from Neff was 1 minute and 25 seconds. The fight for the podium was a Swiss-French affair, as Ferrand Prevot was the only one able to slip into the red-cross trio at the head of the race. The Frenchwoman tried to break in the third lap, to make the gap smaller with Neff, but bobbled, then resumed, and then dropped further in the standings, also due to further errors. 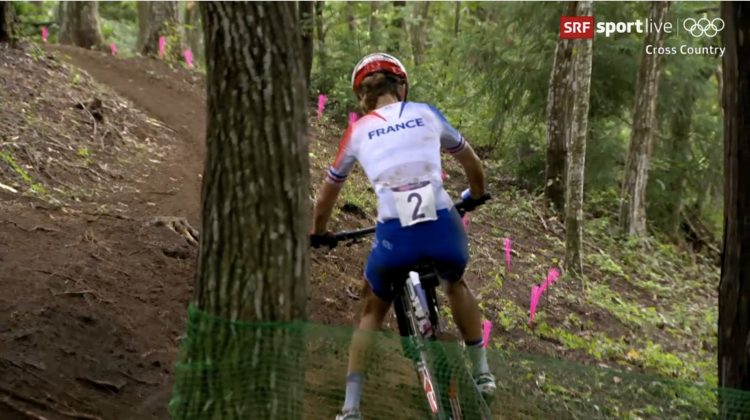 Neff was impressive, practically the only one who jumped the “MVDP” drop like the men, ignoring the ramp completely. Deserved victory, and an all-red podium, with Lecomte, the dominator of the 2021 world cup season, where she won all the races falling way back. In fourth place a practically unknown Hungarian. The only Italian in the race, Eva Lechner, never entered the race and finished out of the top 20. Haley Batten clawed into 9th for the USA. [Video] This is Home – The Evolution of Matt Hunter