The last World Cup race of the 2017 season was on Italian soil, in Val di Sole, on rather tame and not very technical track – stark contrast with the brutal DH track. In the men’s, Nino Schurter managed to close out a “perfect season”, winning all six races on the calendar. 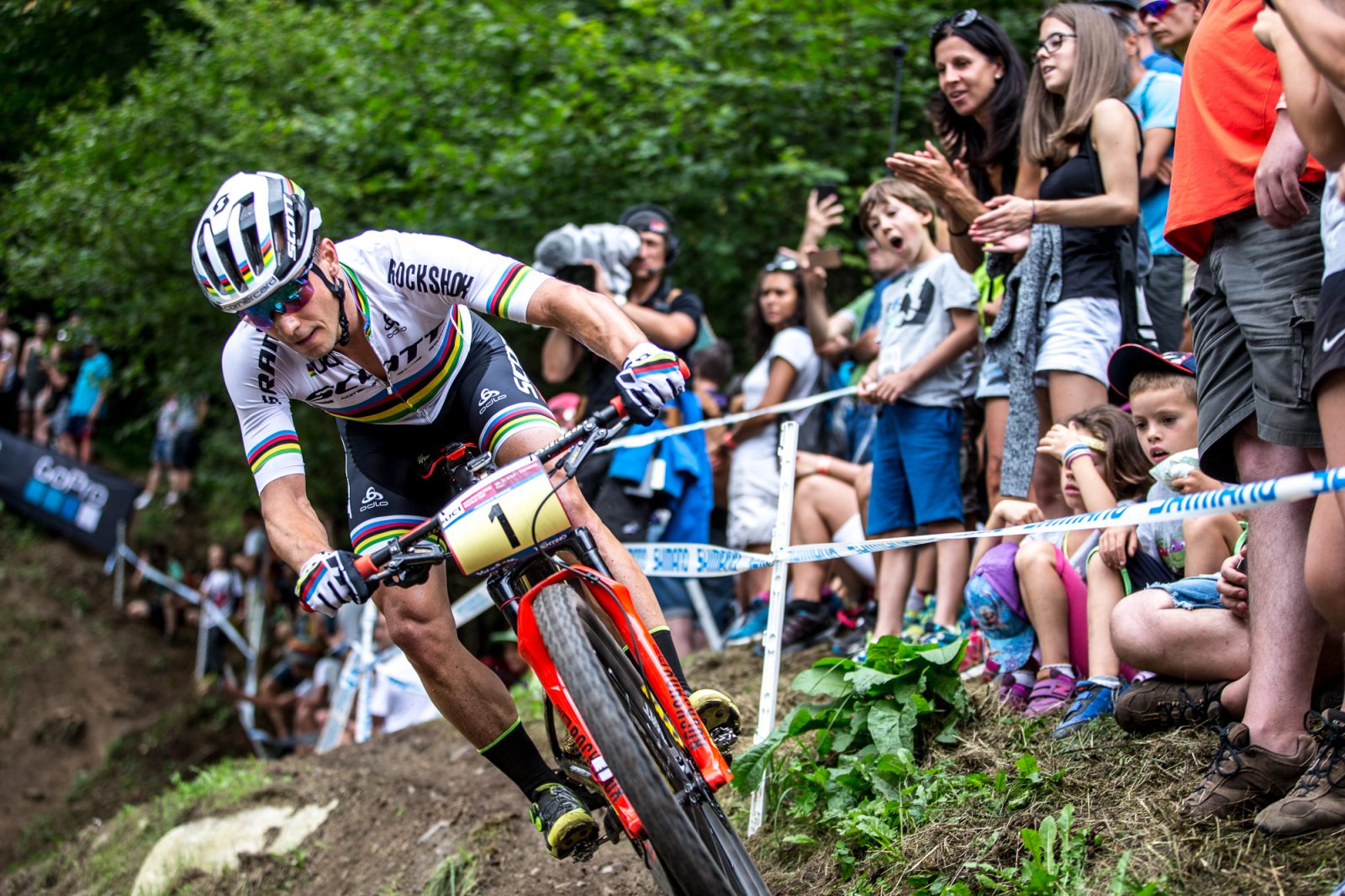 Only the world championships in Cairns remains left for Nino to conquer. In Val di Sole only Tempier, of the Bianchi team, truly tried to challenge Nino’s power, who, as usual, played cat and mouse and then crushed him on the last lap of the race despite a fall during the fourth lap.

Absalon returned to form and managed to grab third place after laying down a blazing pace on the third lap which allowed him to break from the group. 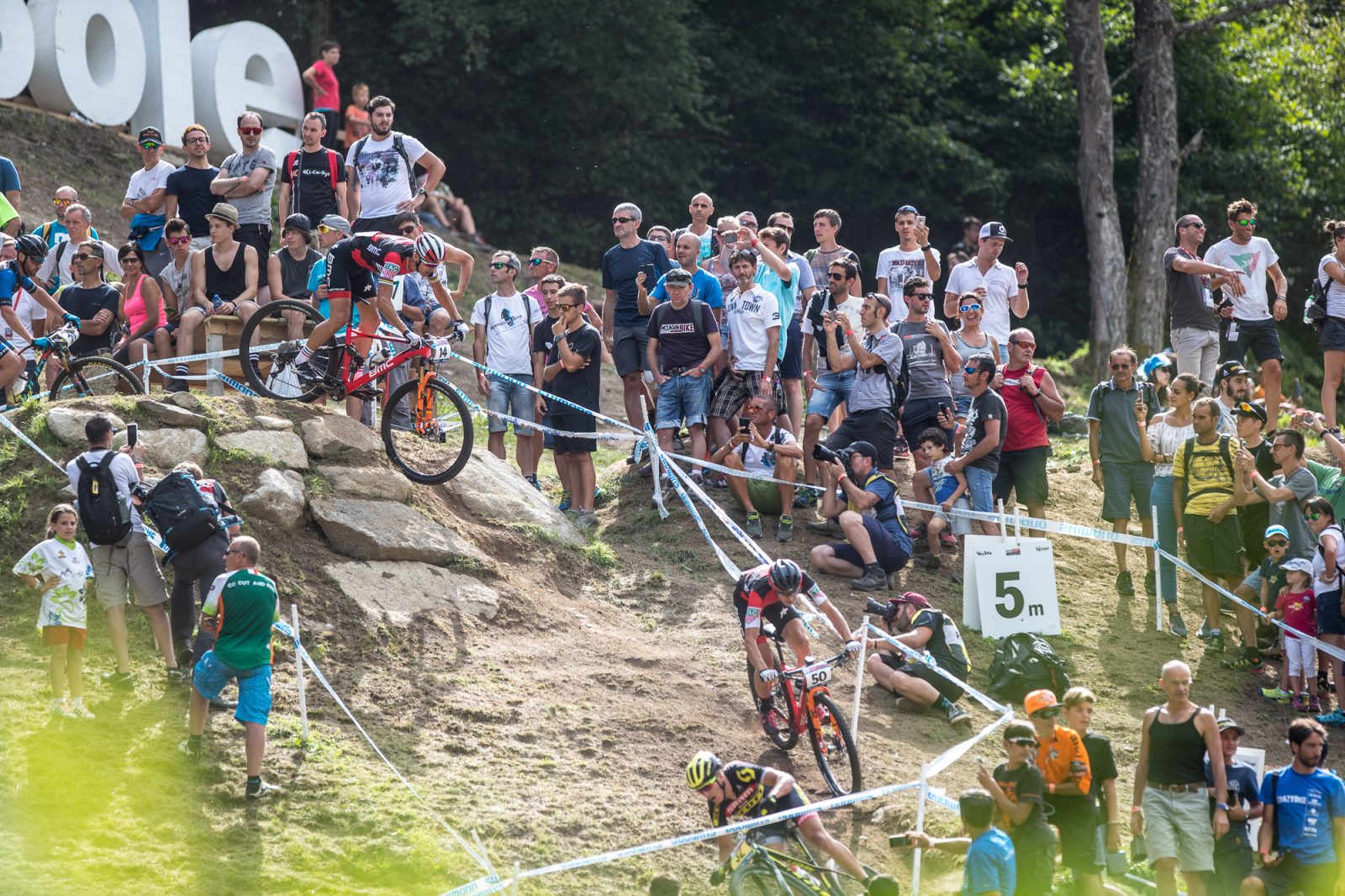 A tough day for the top Cannondale riders: Both Fumic and Marotte dropped their chain at the same point, after the “Dolomite rock garden” (made with the famous dolomite granite), on two different laps, losing precious positions just when they were in the front of the group. The bike is in both cases was a Scalpel as you can see here. The mechanic will likely be missing dinner tonight. 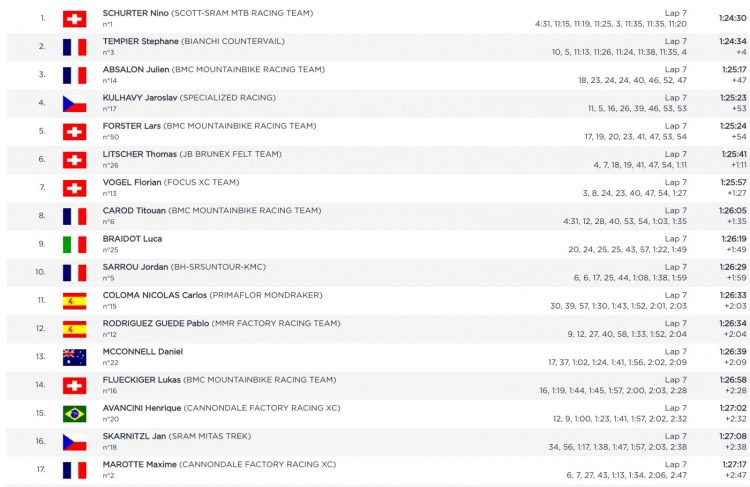 Disappointment for Kerschbaumer who had finished third in MSA, finished at the back due to a broken free wheel, while Luca Braidot defended his home colors well, ending ninth. 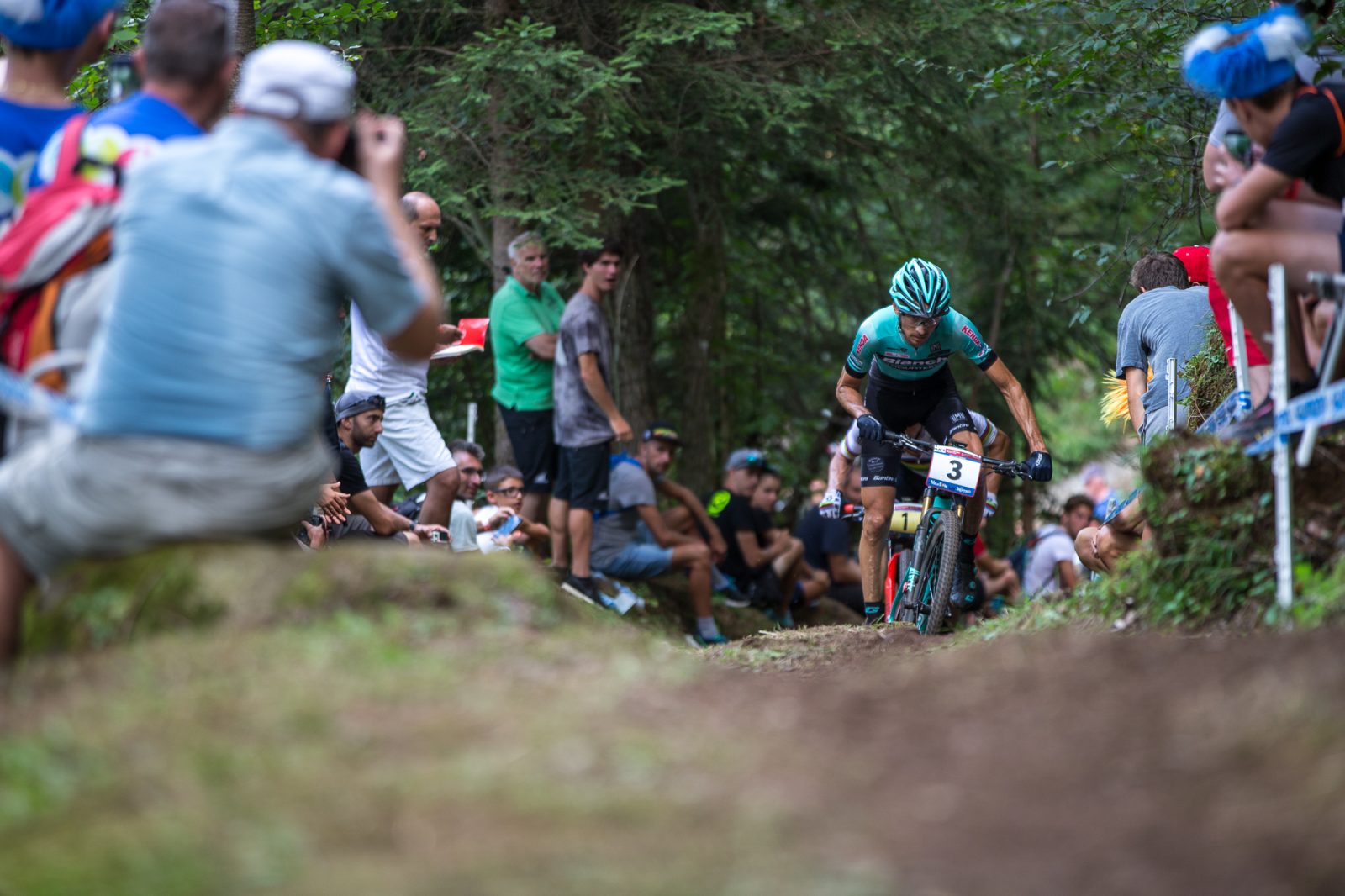 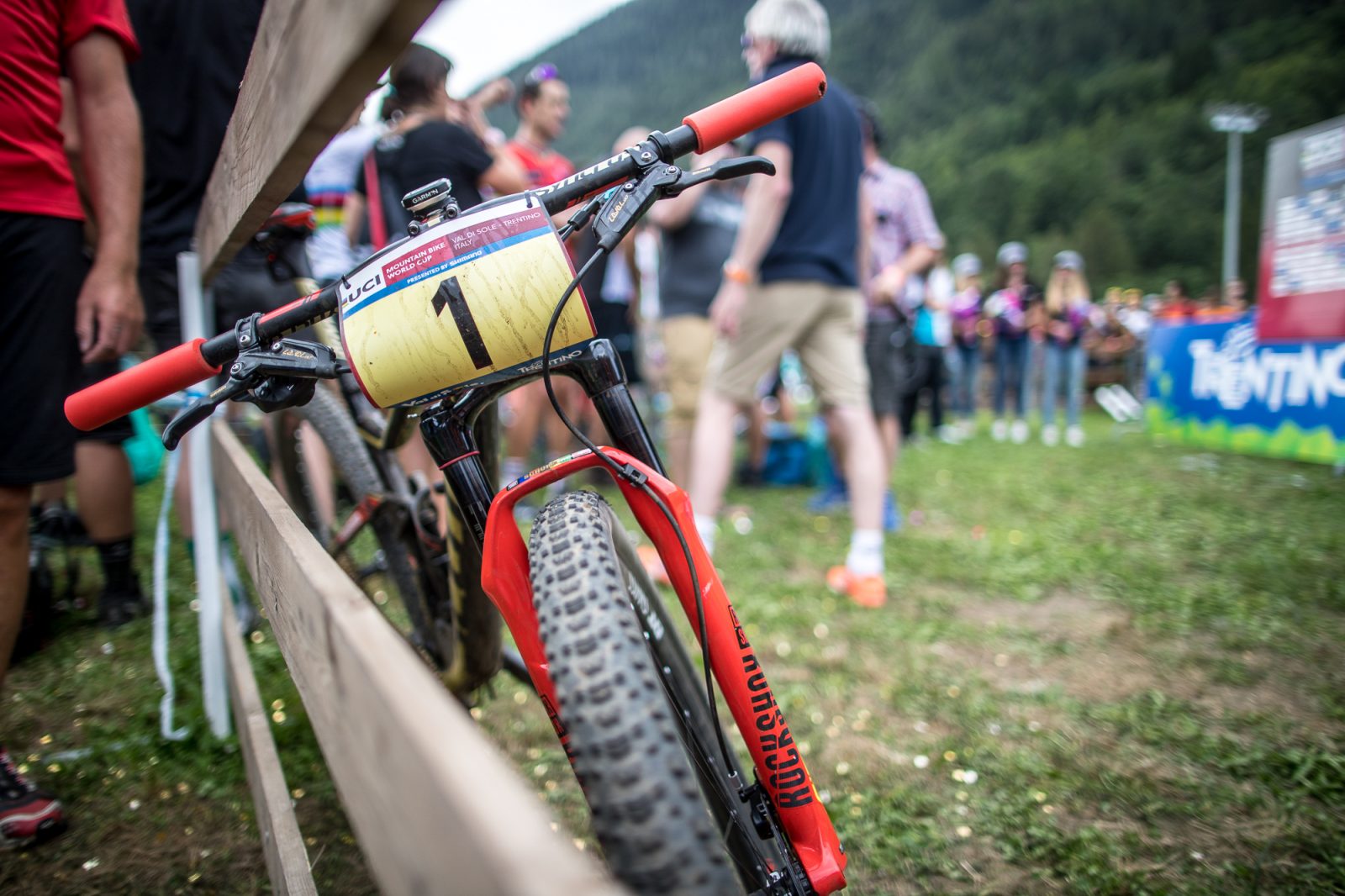 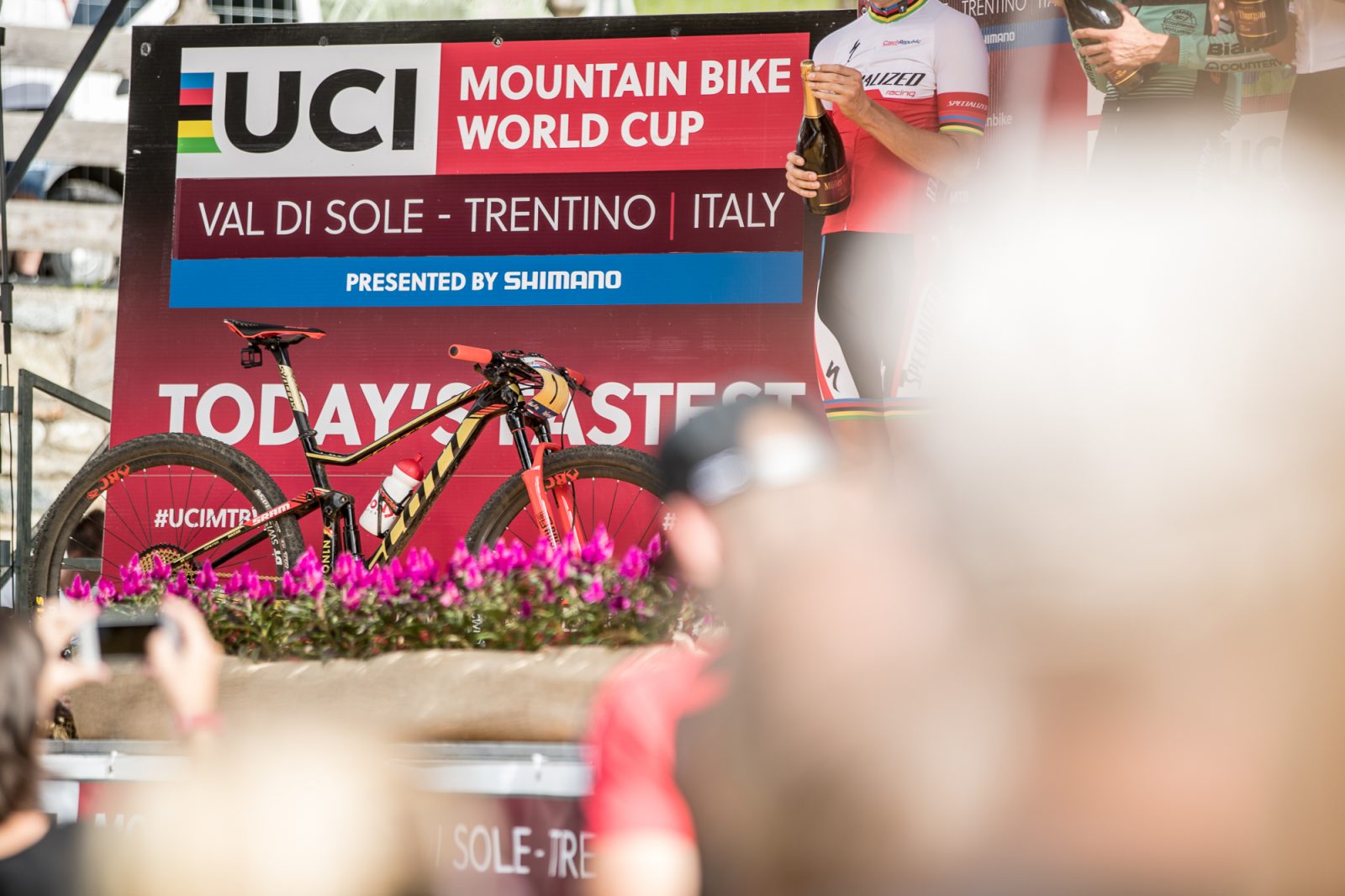 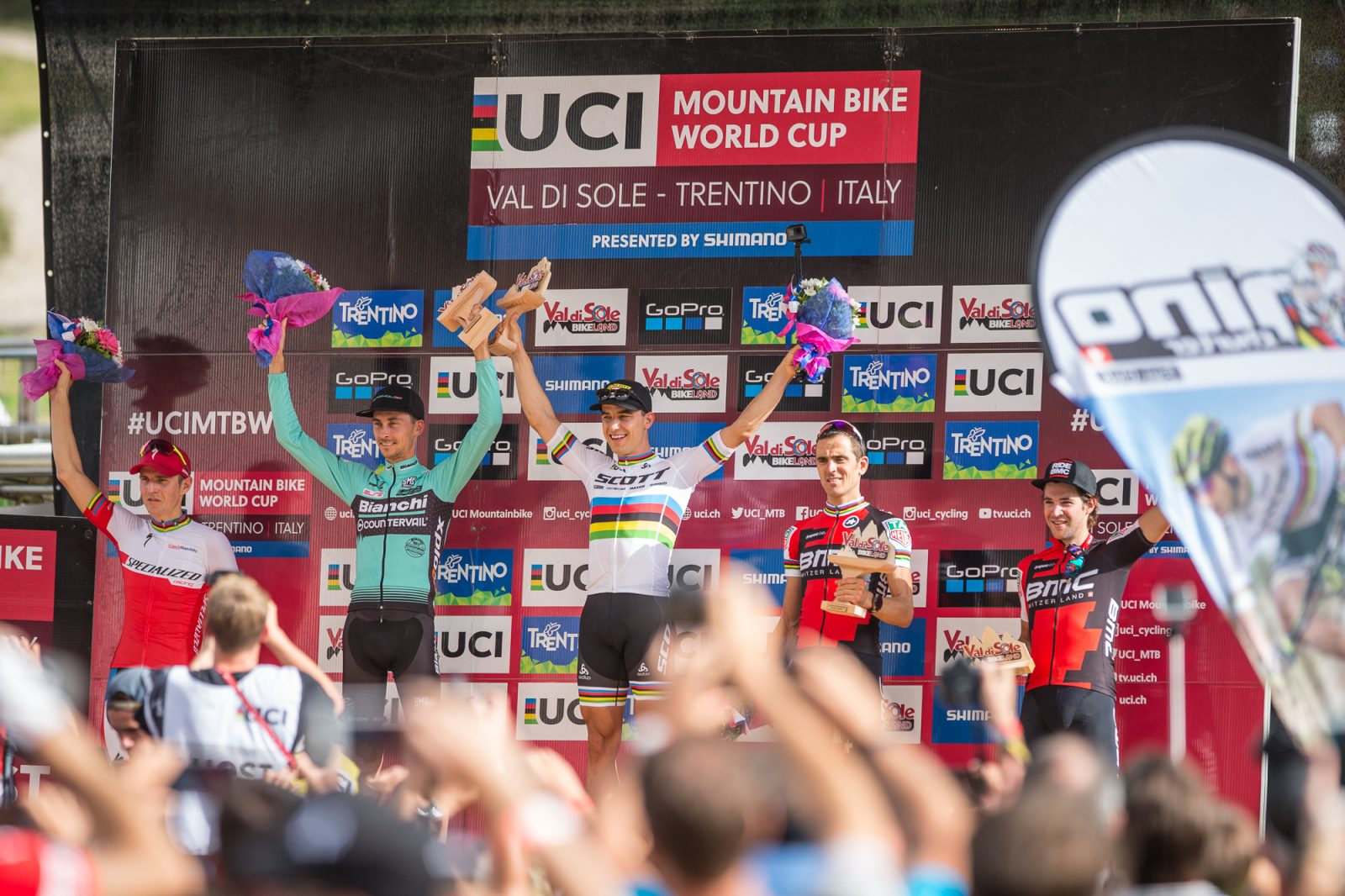 Jolanda Neff, got her big win after a tormented season. After several laps together with the overall winner of the world cup, Ukrainian Yana Belomoina, Neff managed to impose and take the top step. 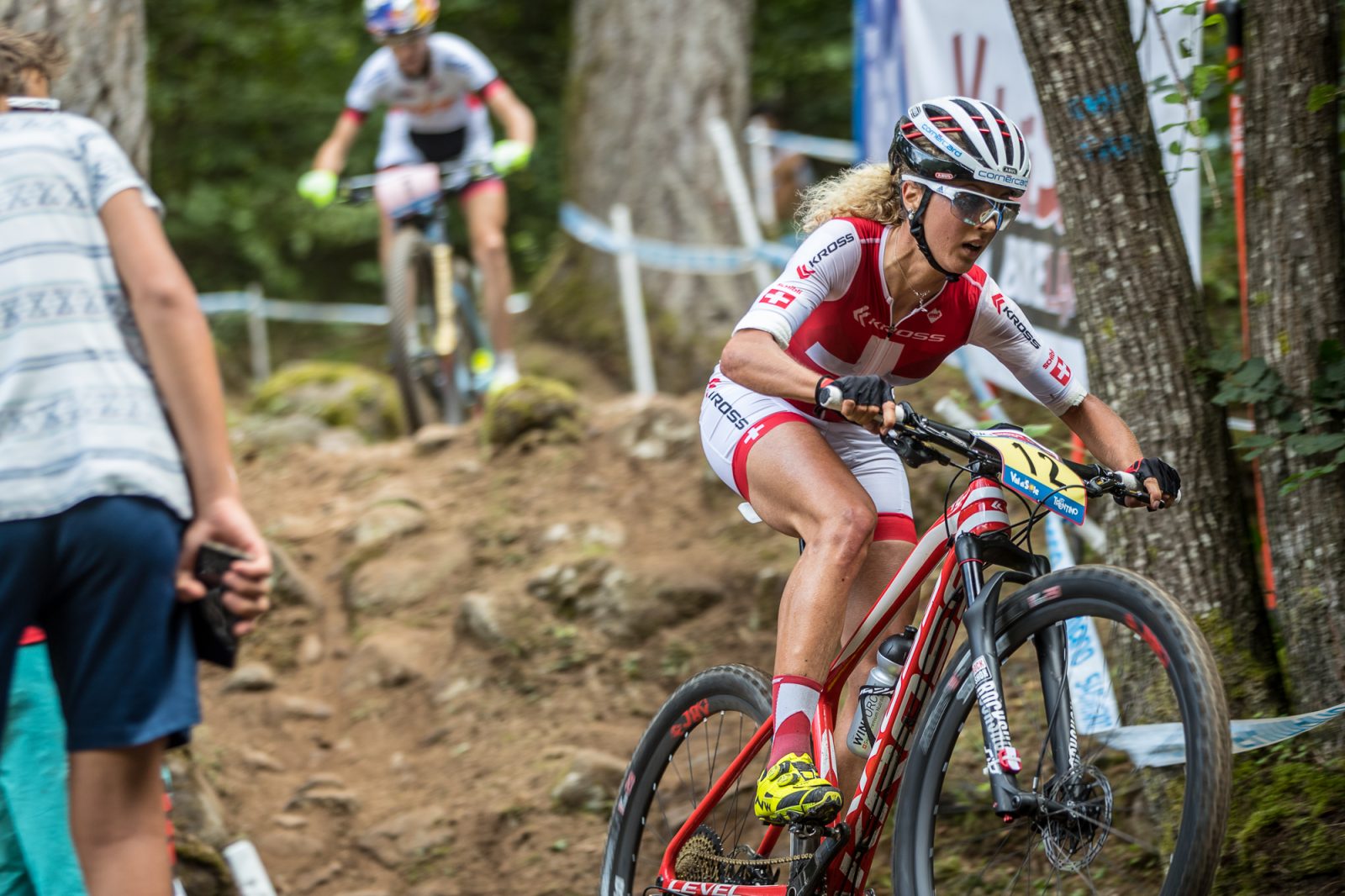 Closing 2017 with a letdown performance, in line with her result in Mont Sainte Anne, Olympic champion Jenny Rissveds, arrived in 39th. She unfortunately will not be in the world championships in Cairns, Australia, because of a conflict between the Swedish federation and the Scott-SRAM team. Not the end of the world given her results lately. After coping with a loss in her family, she’s slowly fighting to find her form. 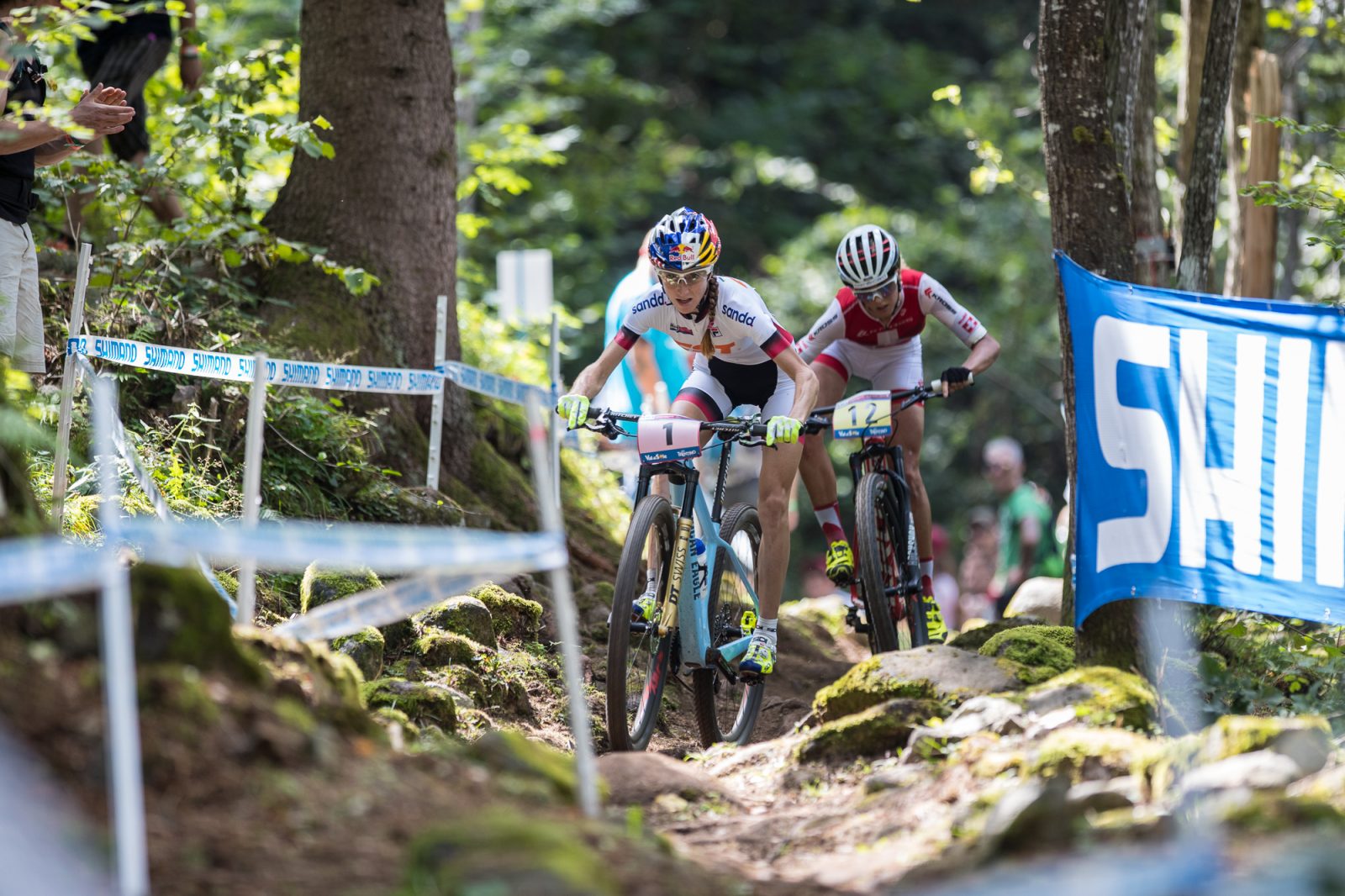 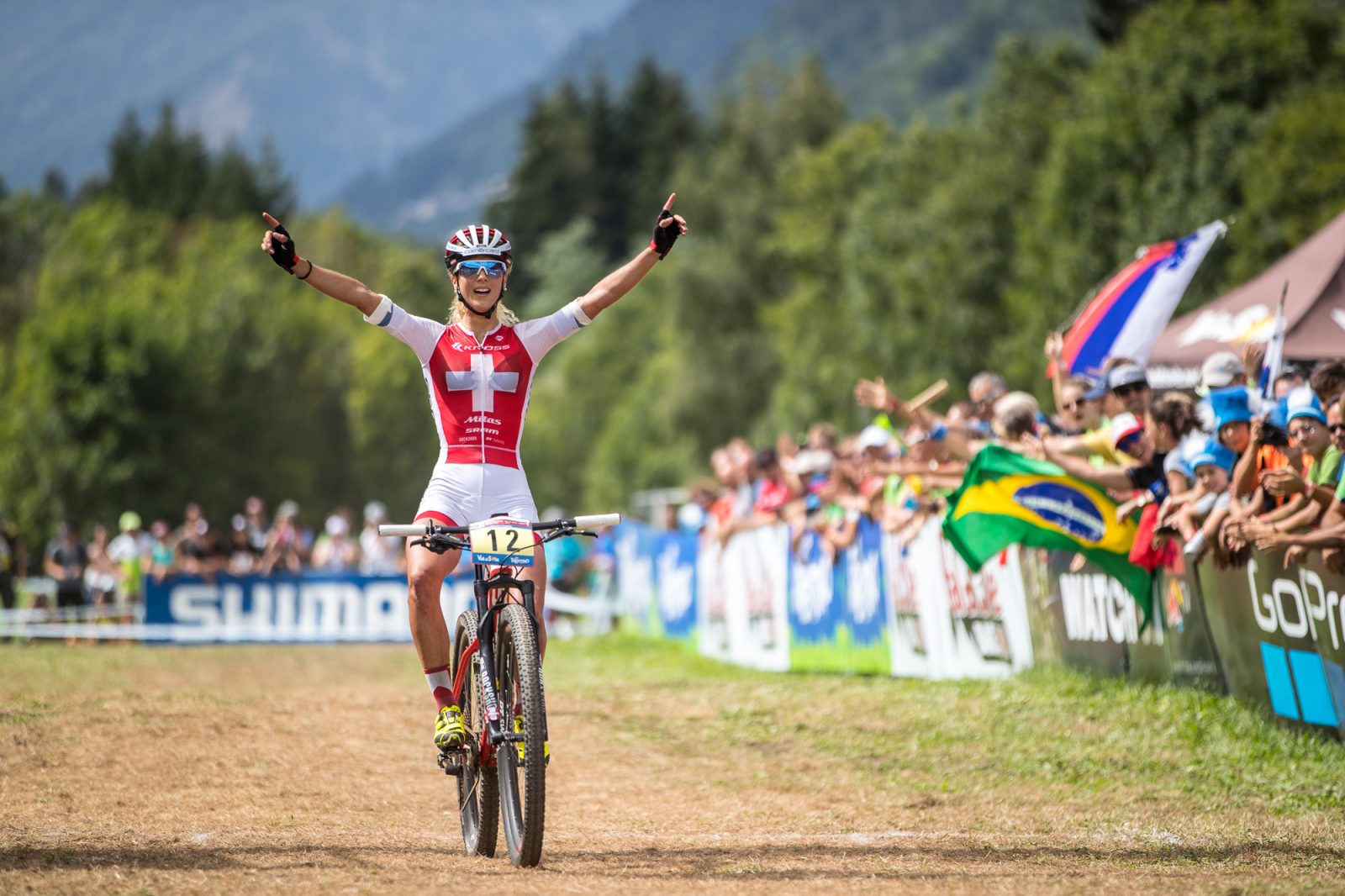 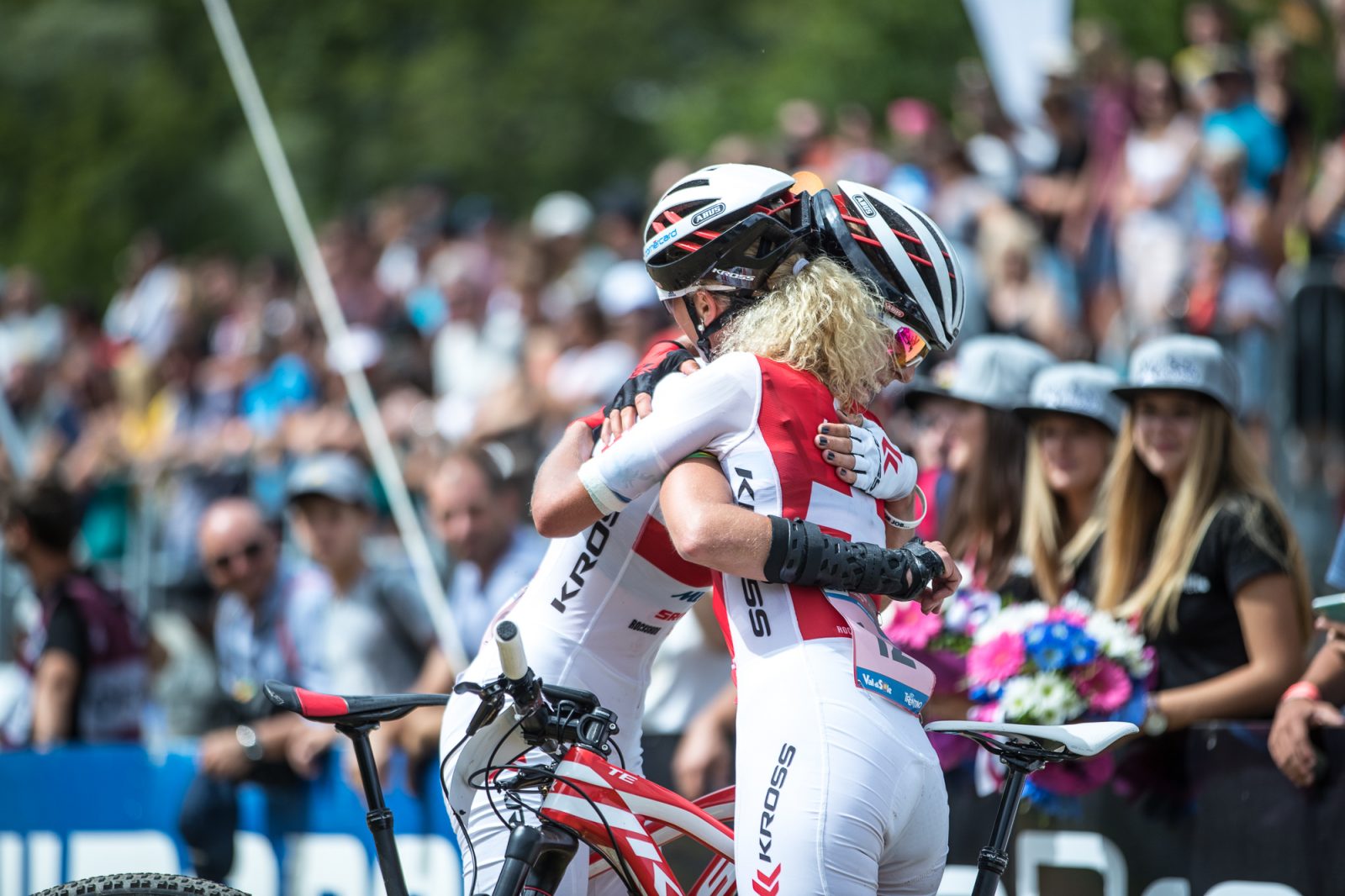 Victory in front of the home crowd for Nadir Colledani in the U23, closing out the second overall season behind the Latvian Blums. Gerhard Kerschbaumer’s teammate is certainly promising..