At a recent point when the winter weather in California gave way for a few moments, we headed down South a few hours for a visit at Crank Brothers’ office, in Laguna Beach. In a quick stop, we’d get a tour of the building, have lunch with a couple of world class athletes and get re-acquainted with dusty trails that lead to down to frosty beers on the beach. 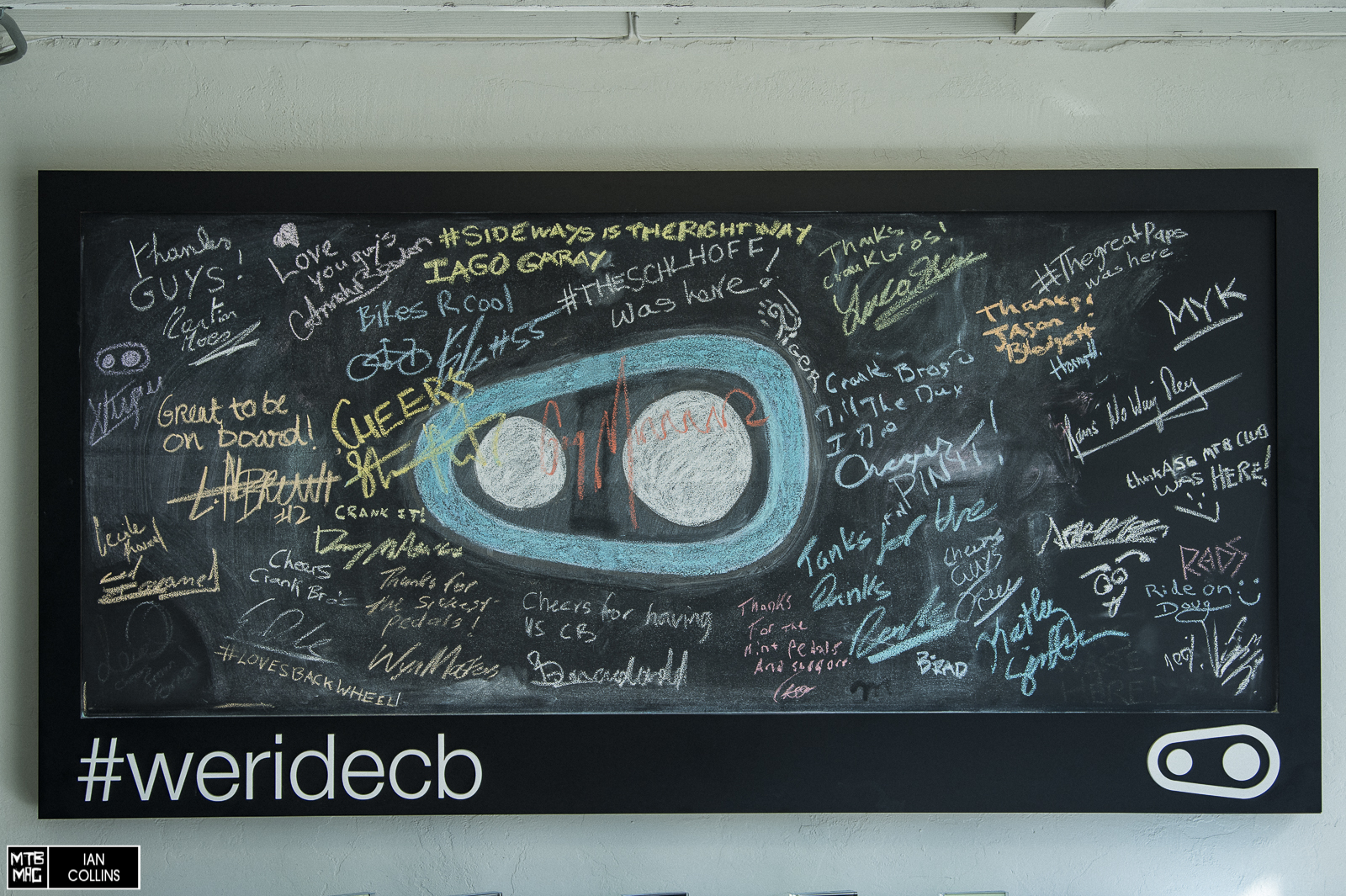 Athlete “sign in” board…From Hans Rey to Greg Minnaar, Crank Brothers have been supporting big names for a couple of decades now. 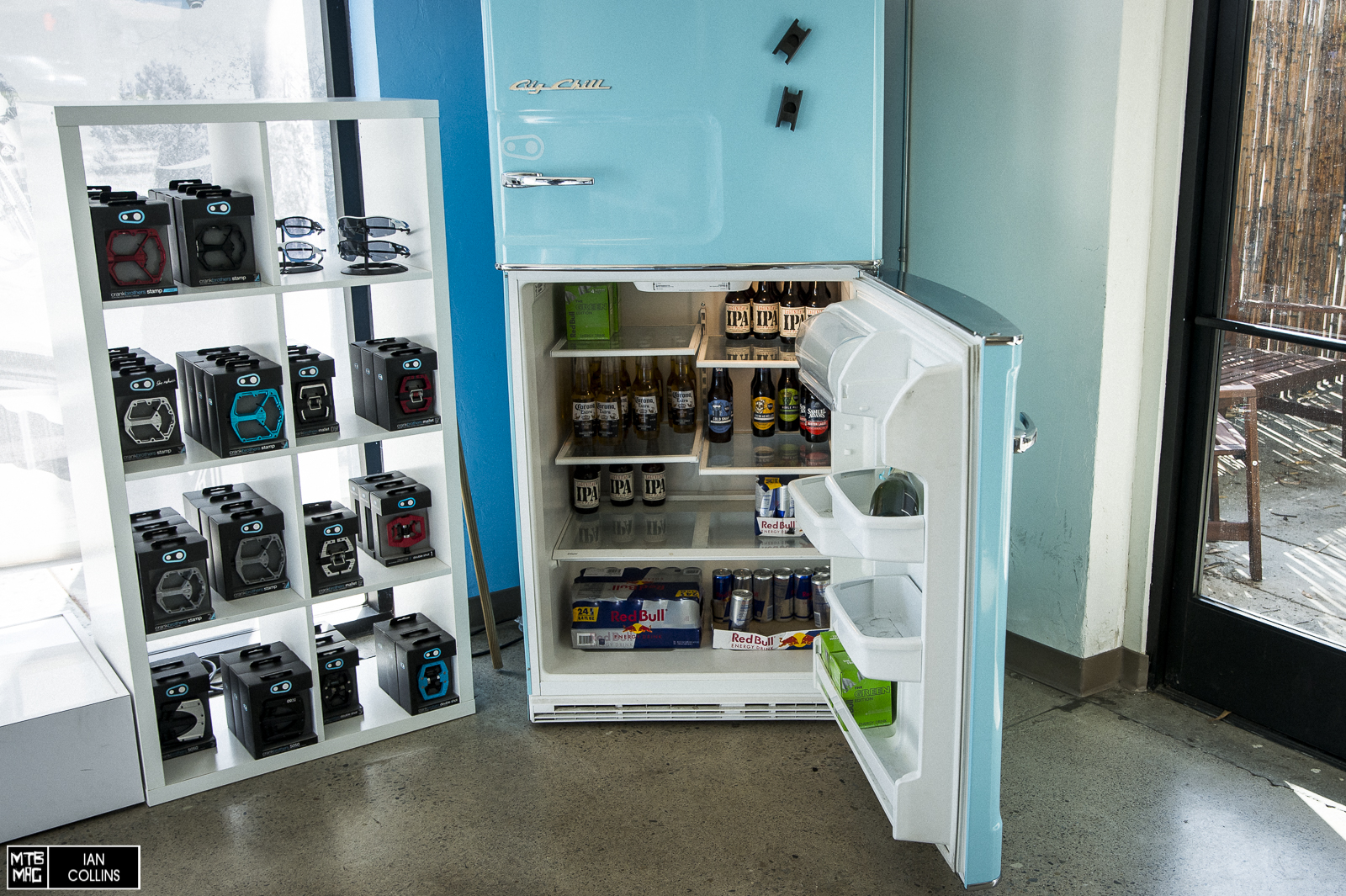 There is a new section of the office that acts as a dedicated store front. You can purchase any product that Crank Brothers currently offer, in house. This picture spoils a local secret…There are always beverages in this retro-styled fridge. 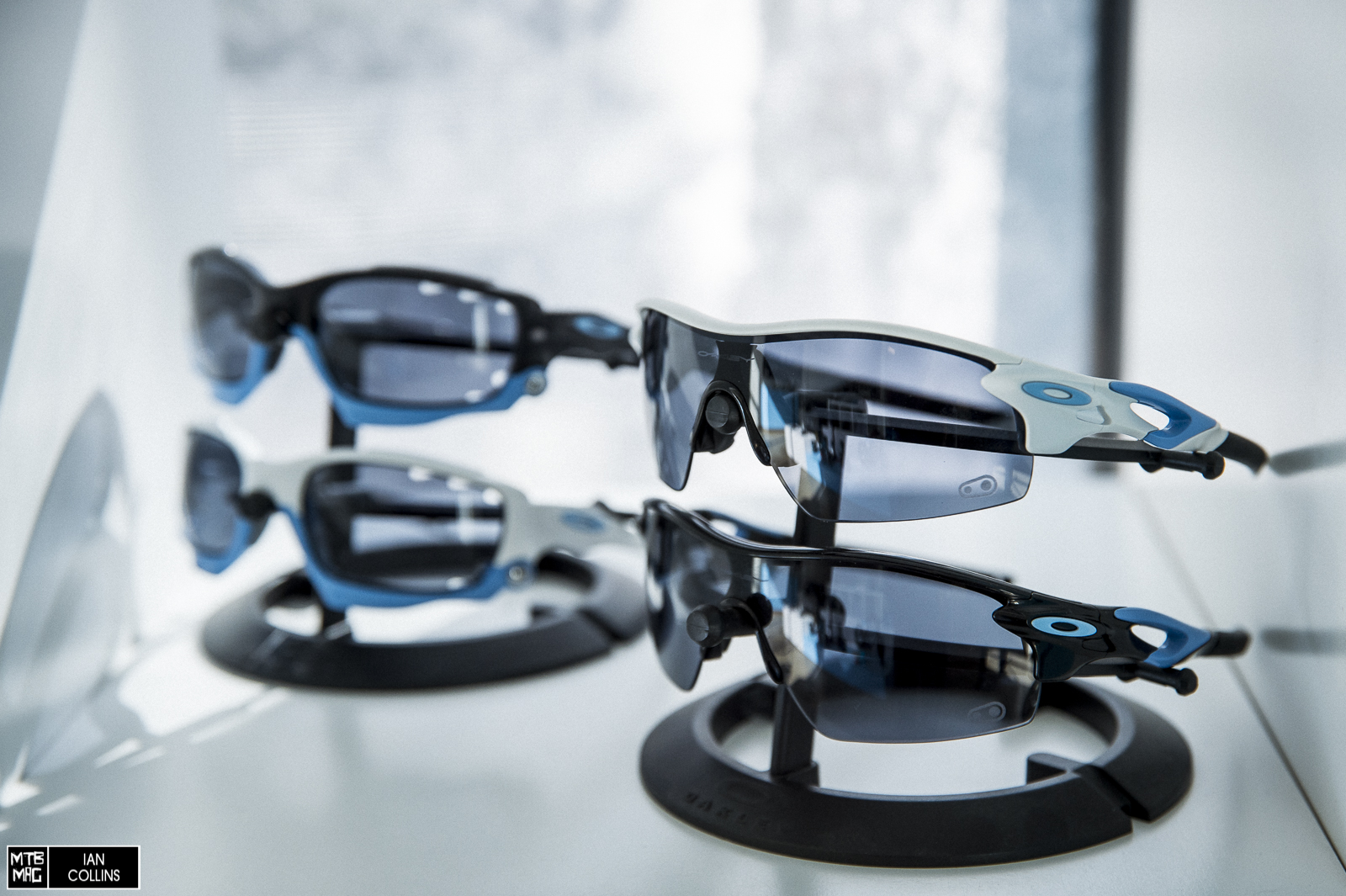 With Oakley being in very close proximity, it’s no surprise that Crank Brothers joined forces with them to produce some custom colorways in both the Jacket and the Radarlock glasses. 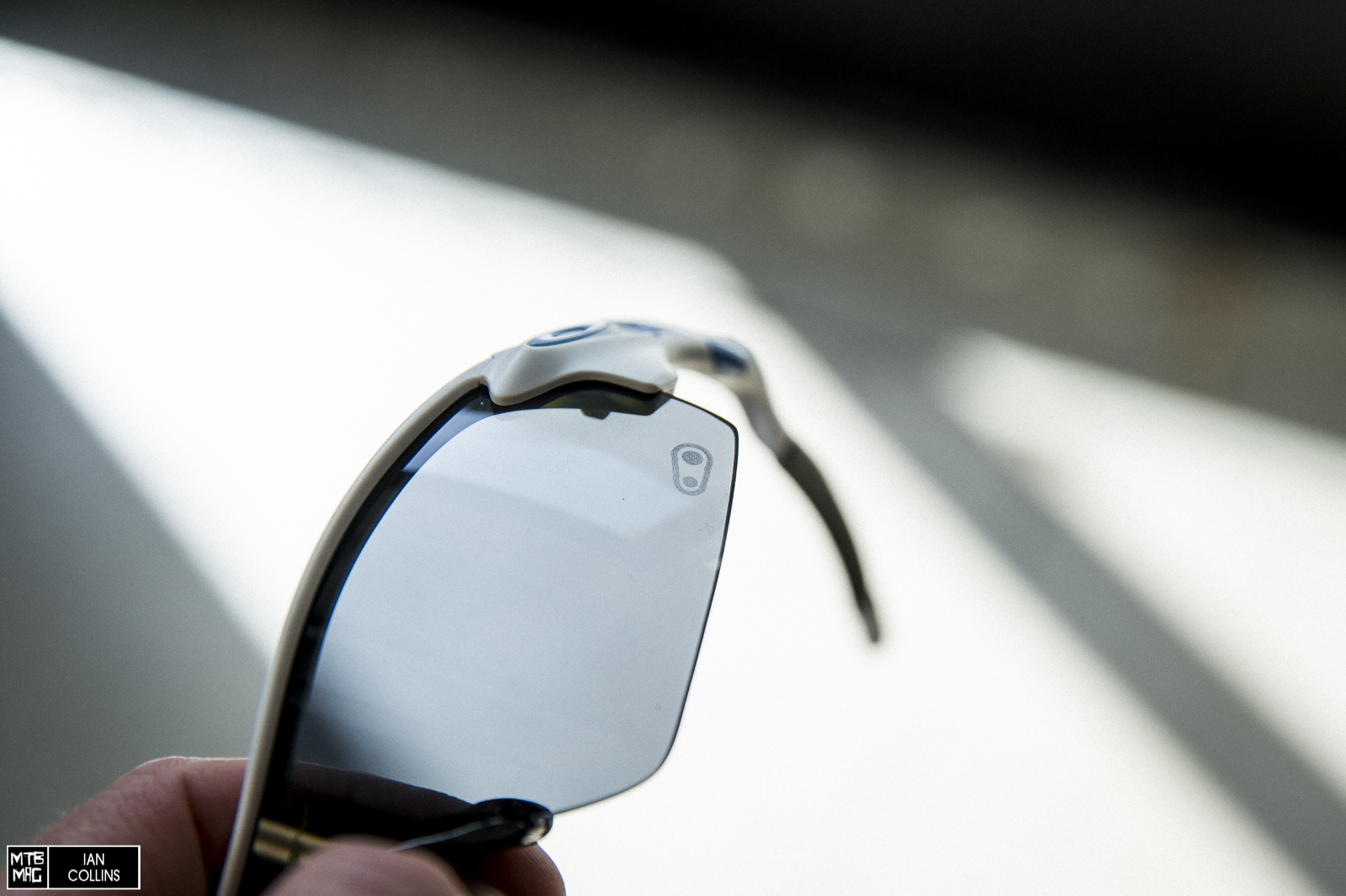 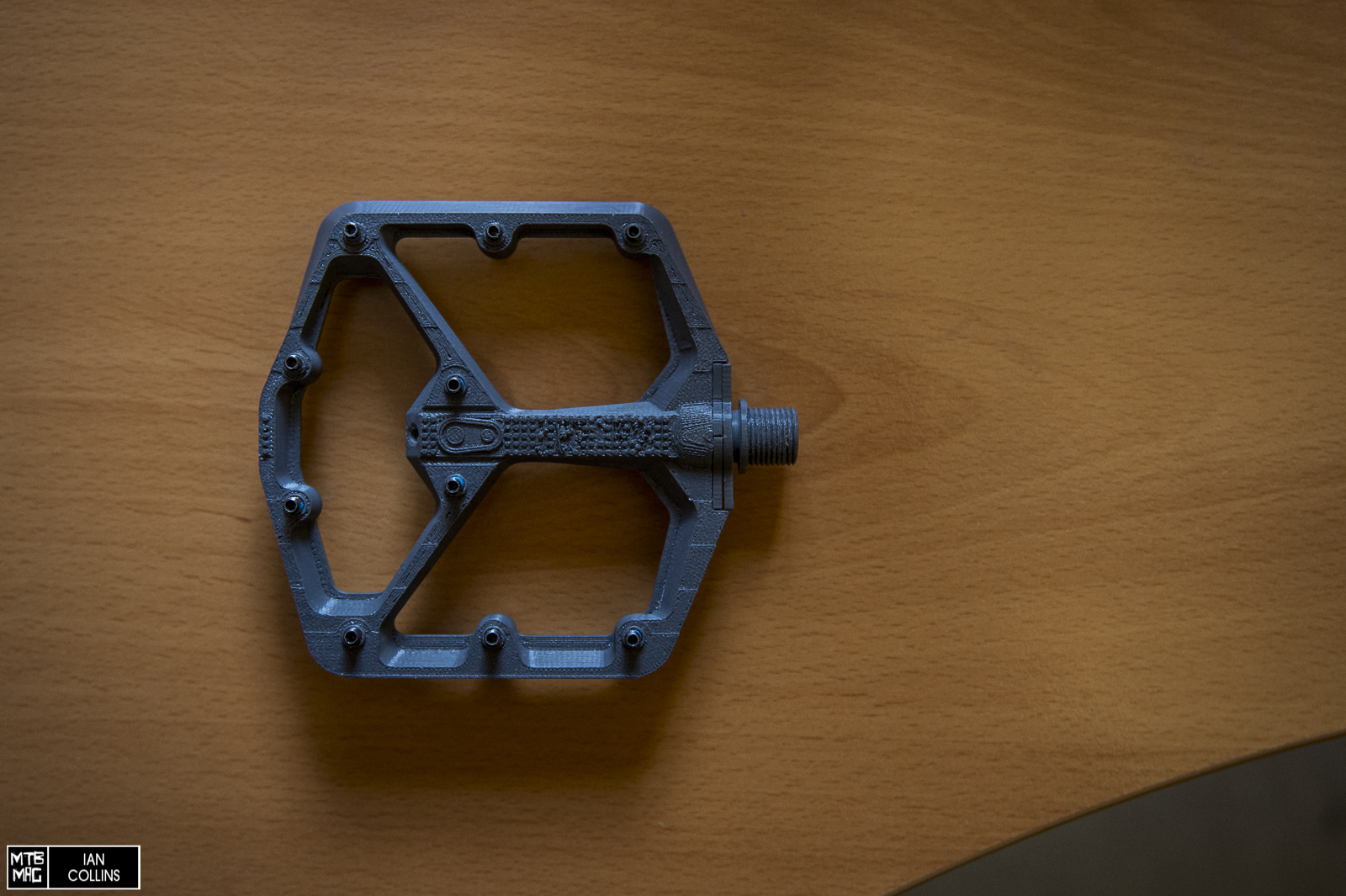 Here’s a single piece, rapid prototype mockup of the Stamp pedal. CB founders Carl and Frank spend a fair bit of time in the office tinkering and exploring new ideas. Having rapid prototyping available at their fingertips allows them to tinker and test out new ideas at any time. 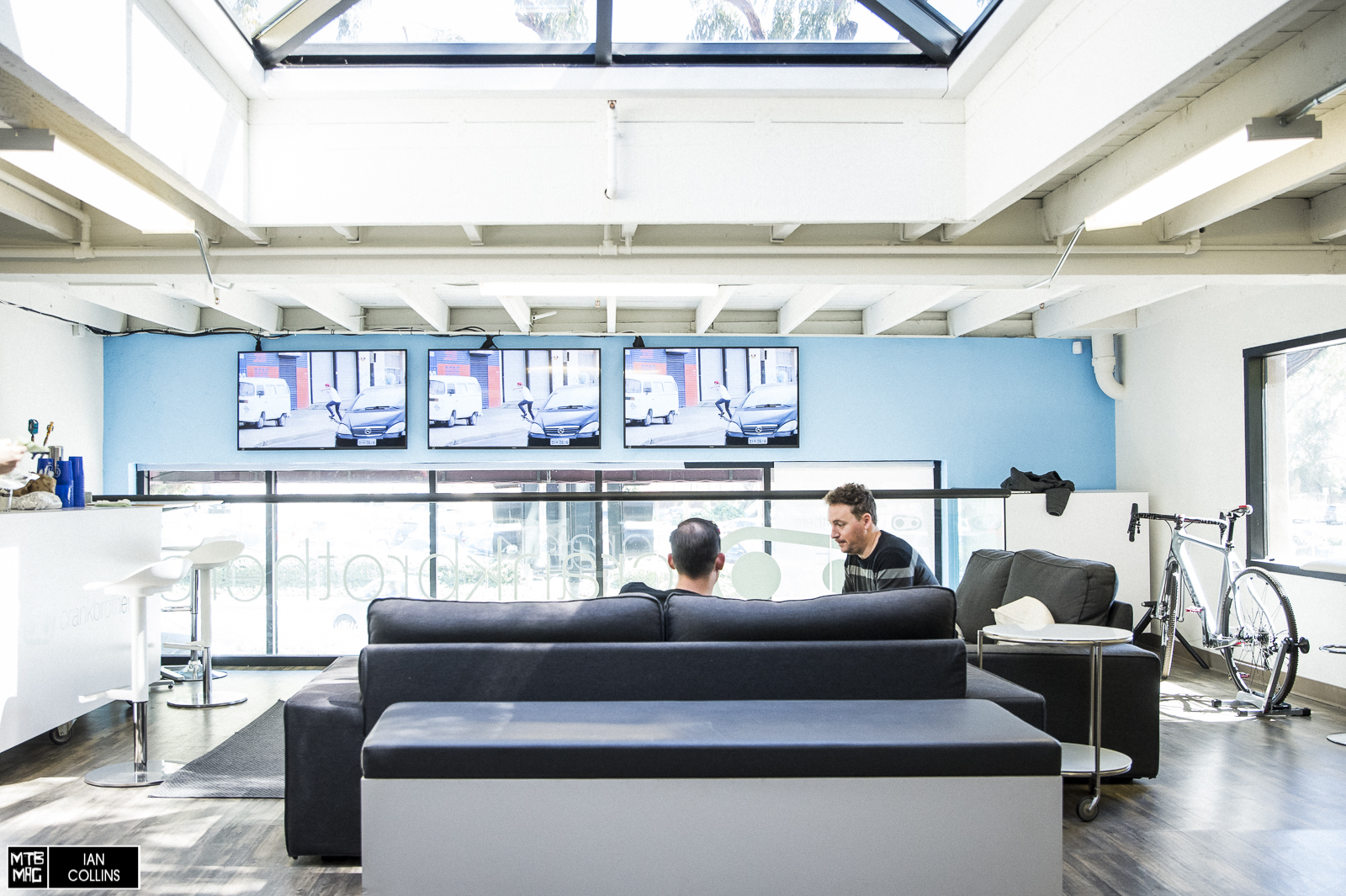 There’s an upstairs game room/hang out area which also works out nicely for the occasional meeting. The Crank Brothers building used to be occupied by an architectural design firm, so as you can imagine – it’s a very interesting space. More importantly than serving as a spot to host meetings, this space serves at a nice post-ride hangout. Apparently the Europeans in the office get rather serious and competitive with Foosball…This phenomenon confuses most Americans, but also makes for some intense office rivalries. 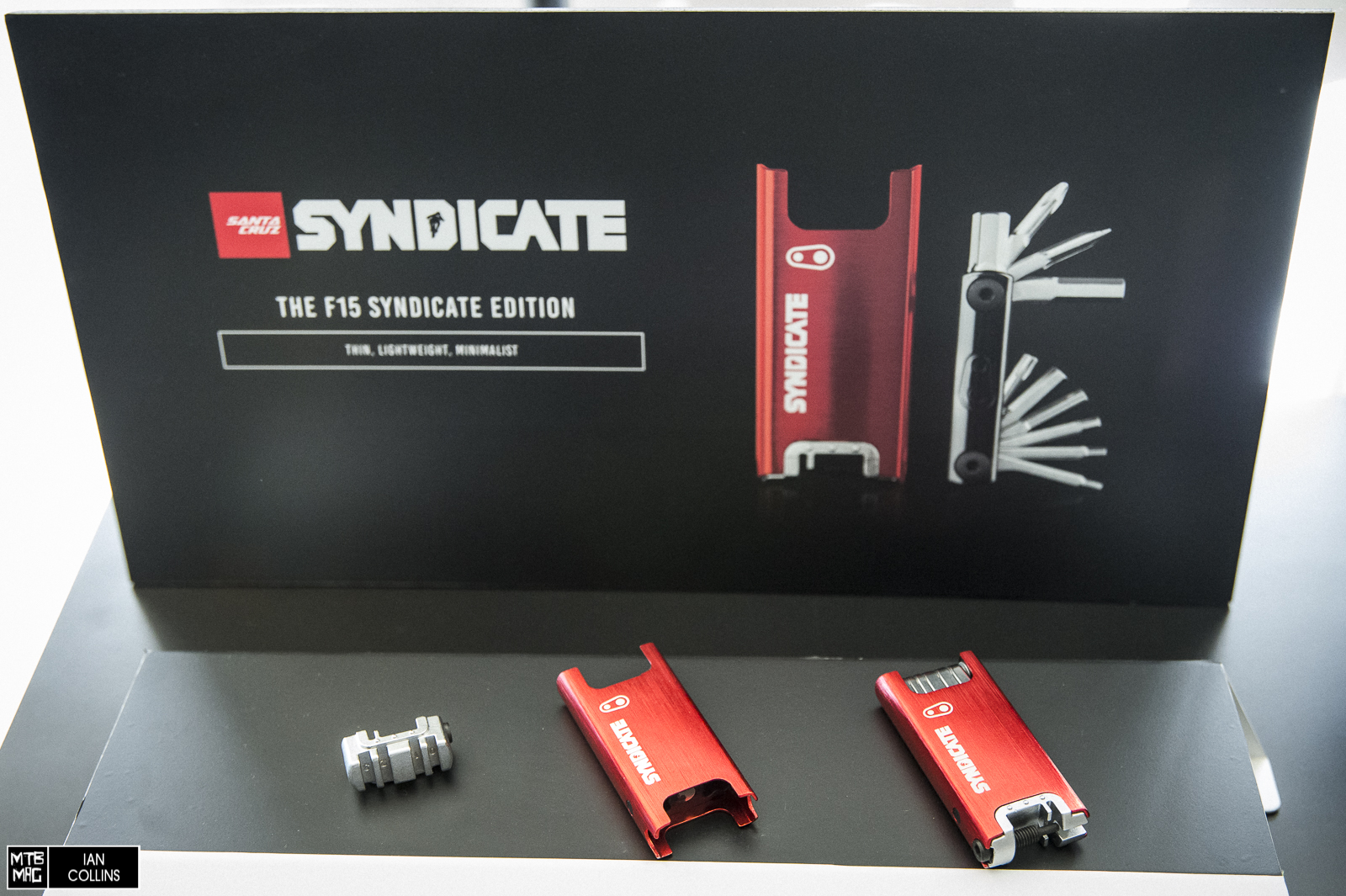 As a key supporter of the Santa Cruz Syndicate, it’s no major surprise that CB released a custom Syndicate colorway for their F15 tool. 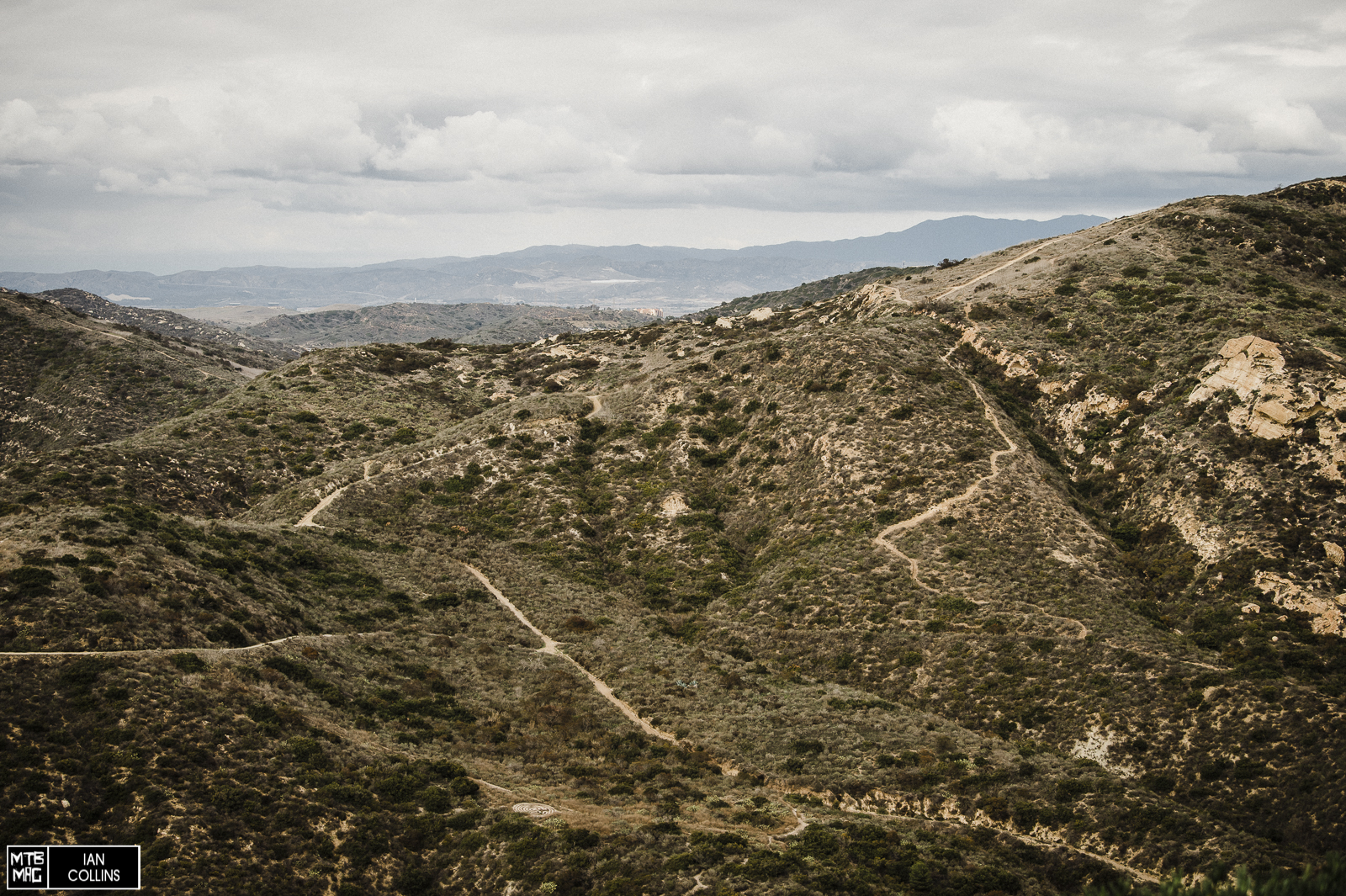 Desert hills, right by the beach. 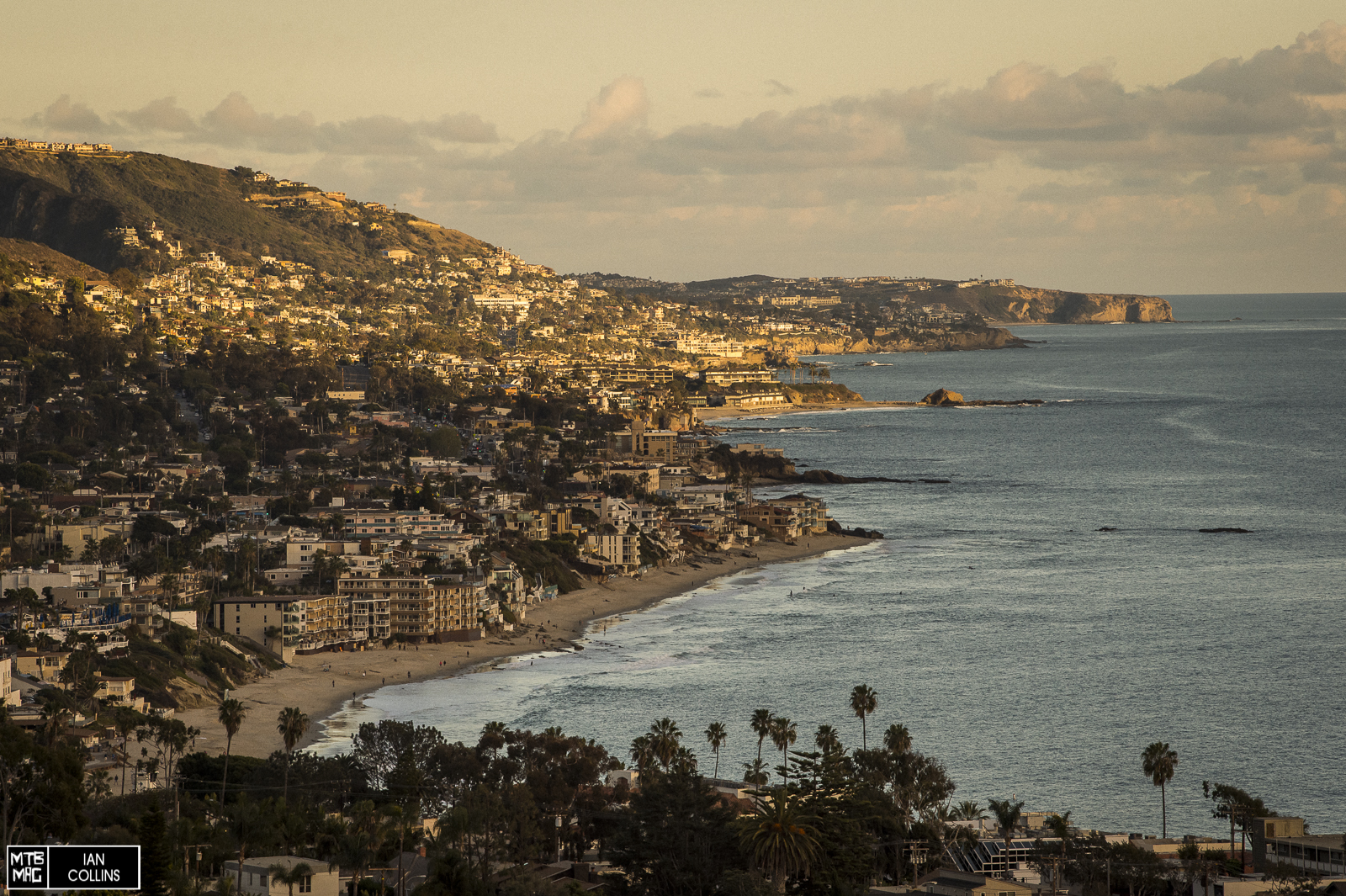 No really, the two photos above are just a couple of miles apart. This photo shows the bulk of Laguna Beach. Most rides leave directly from the office and, as expected start with a climb, typically on asphalt. A quick spin up Park Drive in Laguna spits you out at Top of the World Park, where you can ride a smattering of iconic California classics. It’s a hard to tell through the haze, but that’s the Pacific Ocean behind the riders above. 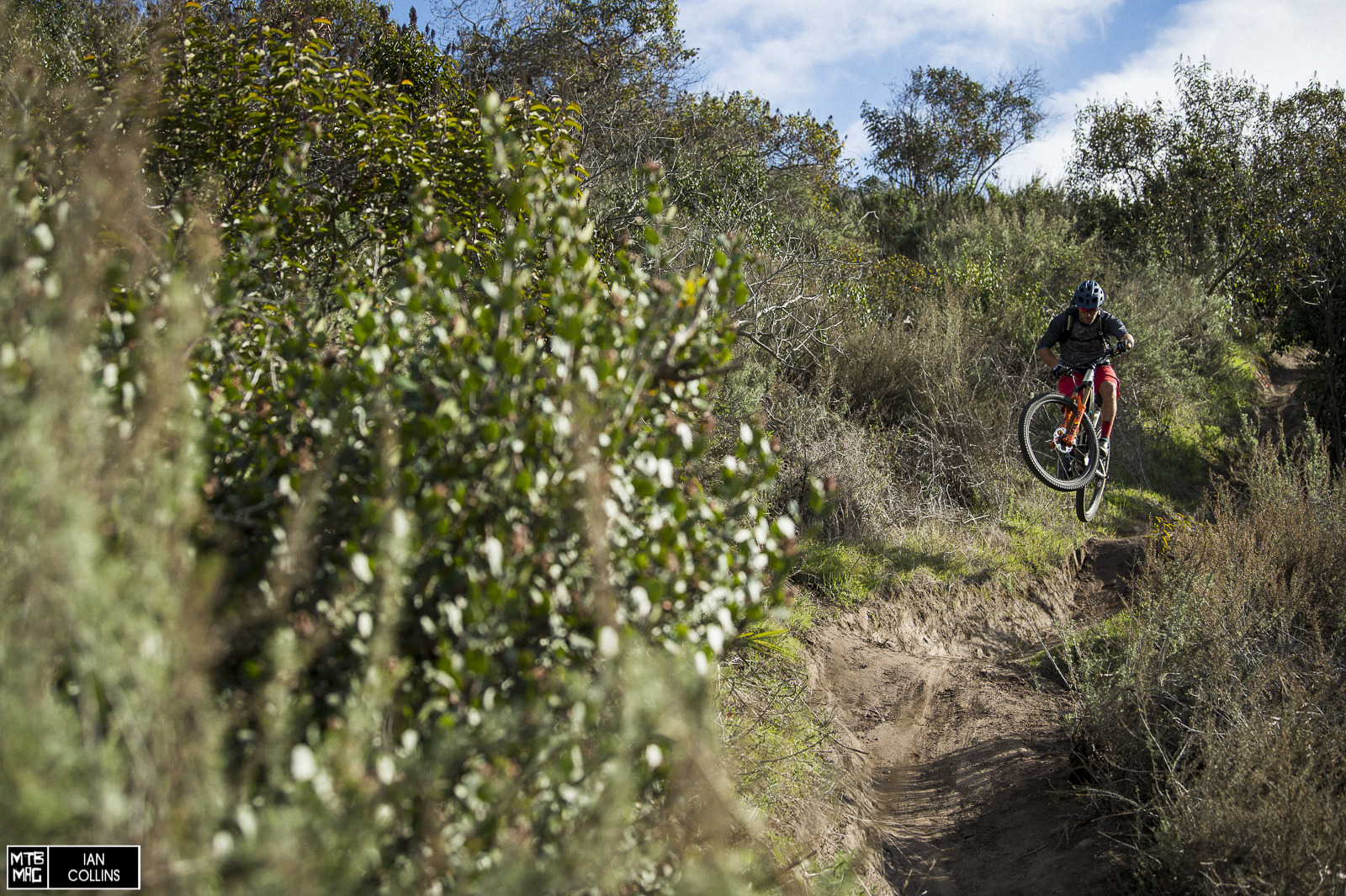 Freeride legend, Canada defector, turned Laguna Beach local, Richie Schley tests out a new, awkward step down mid trail. It was a funny set up, but he made it look easy. Despite arriving a bit late in the year, rain showed up full force over the last couple of weeks in California. That meant lots of green grass….dropping in! Andy Hilliard, the Product Director at CB finds himself in the thick of it, testing the fruits of his labor. He’s riding something new that we can’t talk about, and you can’t see in this photo. Anyhow, the sunny side of the Laguna trail network is fairly wide open and shrubby. Pictured above, the backside is dense as can be… Italian, Gaspare Licata has been CEO at Crank Brothers for a good 4 years now. He moved from Italy to California upon taking the position. He’s shown here sampling the local soil, and at the moment, it’s quite good. With one lap and a second climb done, this was a decent spot to take in the views. A local Turkey Vulture flew low and circled around us for a bit. We noticed it had a tagged right wing… Onward down the dry side and toward the beach. Richie will do a Schleyble on just about any section of trail. Global Marketing Director, Kellen Trachy enjoying the last of the light. If there is one particular riding spot in California that gets consistently amazing light, it’s Laguna Beach. Nice little spot to soak it in and play some games on the side-hits. Richie wins the side hit game with this one… With the sun setting, beers and the beach calling our names, it was time for our last turns on the hill. We told you the trails are close to the beach. There was only a few minutes time between the last two photos…here we are sitting on the sand, enjoying the last rays. Thanks for for showing us around, guys!