Like last week in Albstadt, this weekend the weather allowed the athletes a break, with a wet but not too muddy track, despite some of the rocky climbs being extremely difficult, even for Schurter and MVDP. 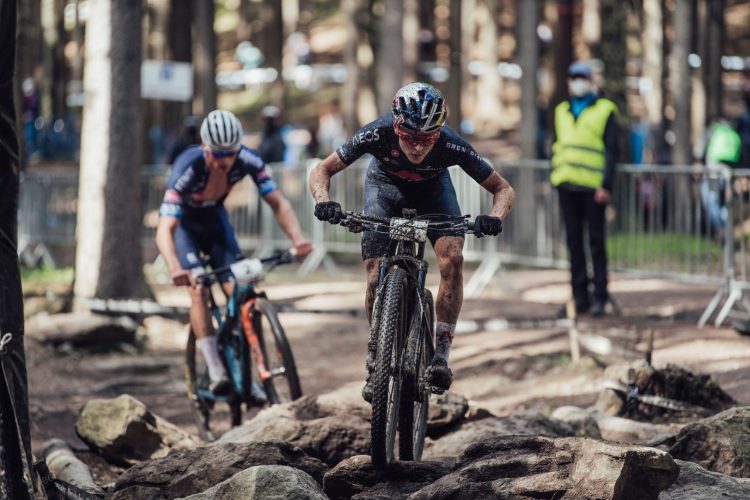 The race begins with a script that has already been seen: MVDP breaks through with an attack. This time, however, he does not go overboard and has a tough nut to crack: Thomas Pidcock, who started from the front row with him. On the second lap the two multi-talents compete on their own, trailing both Flückiger and Schurter. 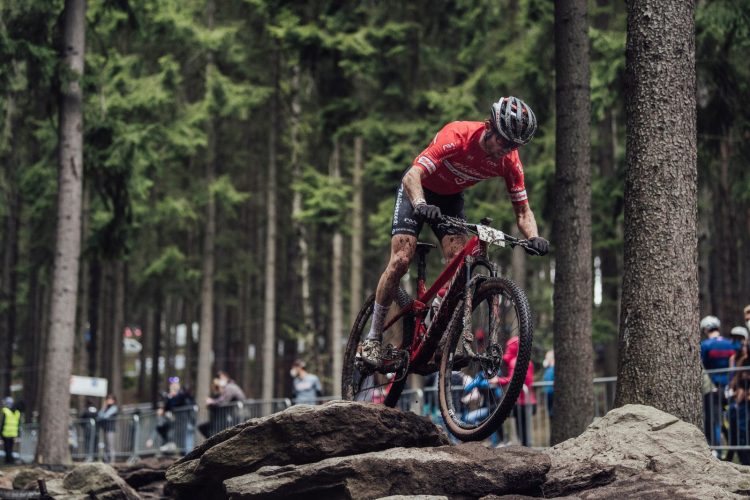 It makes a certain impression to see Nino between Sarrou and Haterly in sixth position not controlling the race. In addition to the Specialized jerseys, Scott and Cannondale lined up to chase. 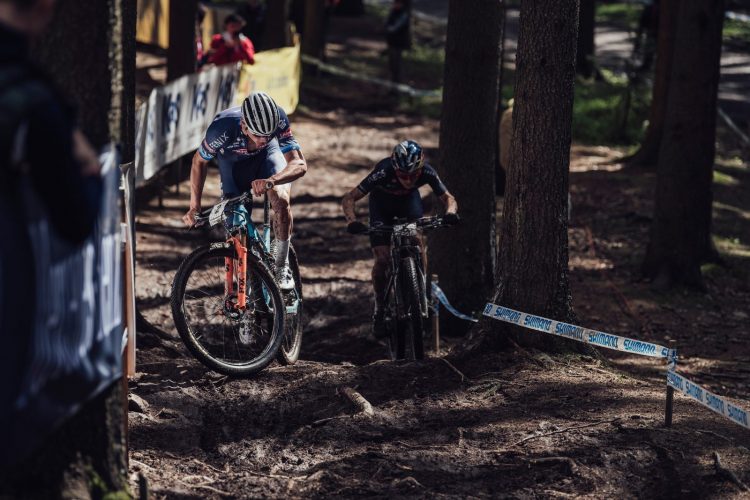 Pidcock also managed to stay in the saddle in the muddy and root-filled sections where others pushed, including the MVDP. The 175cm, 50 kg of the Briton is a nice advantage on such a steep and demanding track because of the wet. His advantage rose to 1 minute and 18 seconds at the end of the fourth lap.

In the frame below we see Nino Schurter losing the front and bumping into a tree, just to understand how difficult this track is when wet. He later loses contact with Sarrou and Haterly. 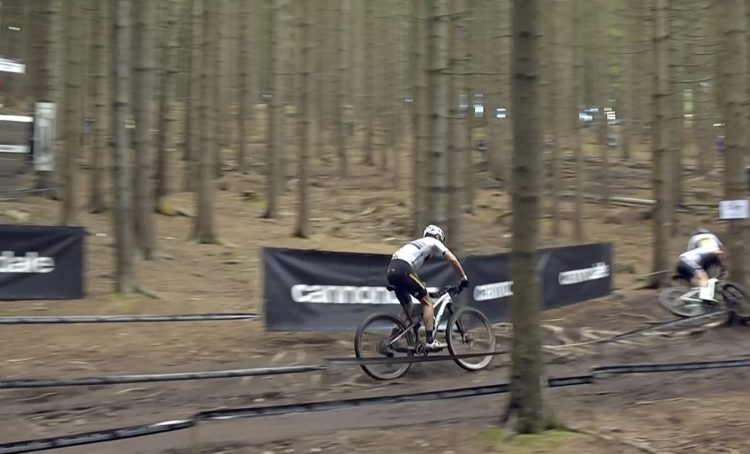 It was a nice battle for second place between MVDP and Flückiger, with an attack by the Swiss rider on the fifth lap, rejected by the Dutchman who then locked in the second position. 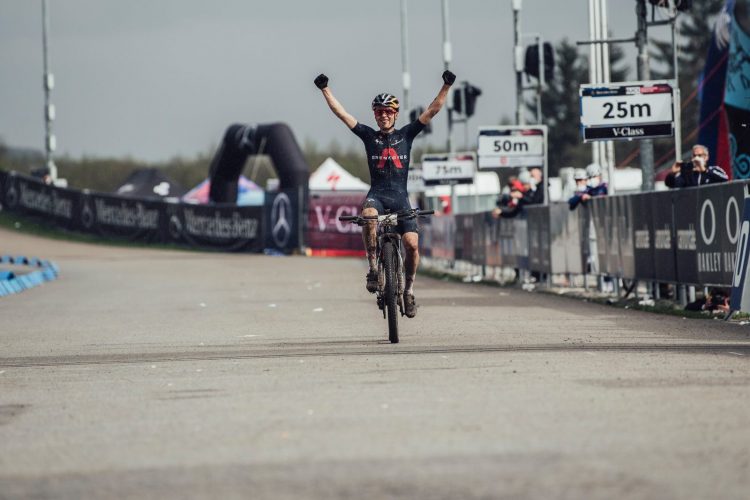 The sixth and final lap means control of the advantage for Pidcock over his pursuers and the question of whether Schurter will be able to get on the podium of the top 5, since he has never missed it in recent years but is in seventh position 20 seconds off the fifth in the standings. 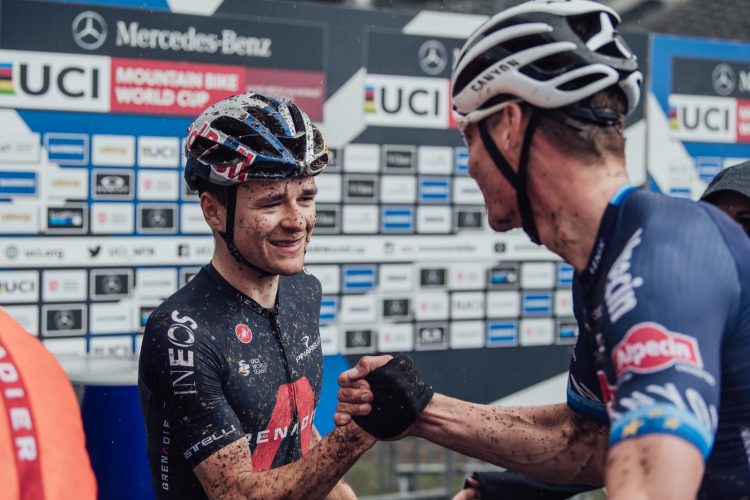 Just during the last lap it began to rain, but the margins were mainly too wide to have consequences on the race results. Pidcock wins big in Nove Mesto, with the biggest margin ever on this track. 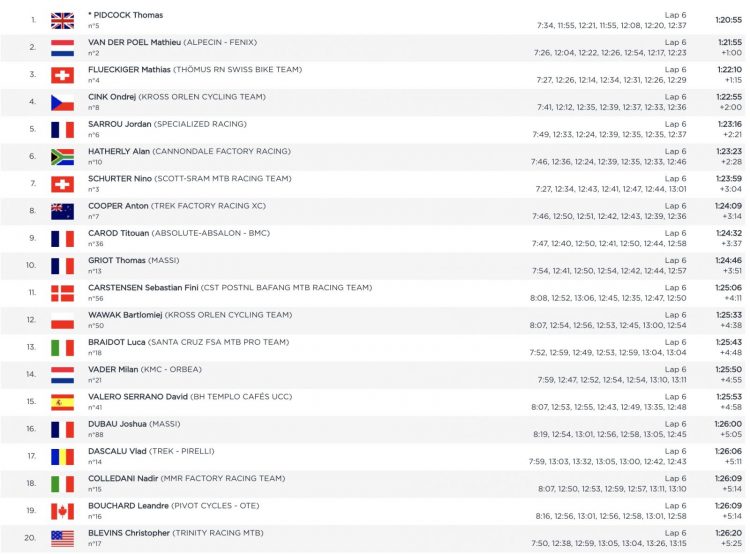 Large margins between women, with the French Lecomte doing both and also winning the second race of the XCO world cup season. Second was the American Batten, in excellent shape, and third the New Zealander McConnell. 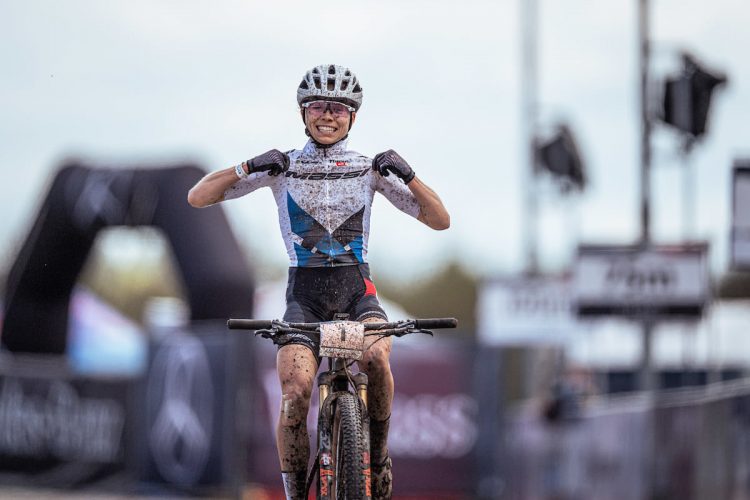 A crash for Kate Courtney, who luckily didn’t get hurt. 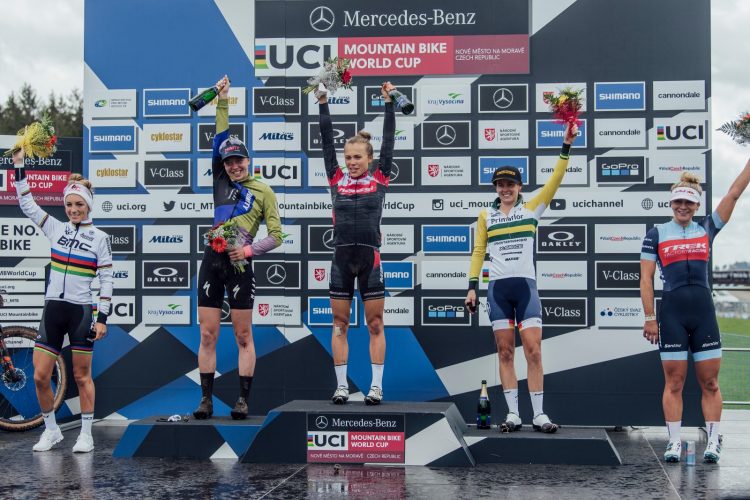 [Racing MVDP & Pidcock’s Battle Goes Down to the Wire