At the Mammoth Kamikaze Games this weekend Turner unveiled what appears to be a prototype Fatbike. It’s looking quite polished and ready for production, but time will tell. We don’t really have many details on it, but we do know it is a full suspension bike that makes use of DW link. As far as we know, it’s the first Fat Bike to do so as it’s probably quite difficult to engineer a frame around DW link’s kinematics while leaving room for huge tires and clearance to boot. 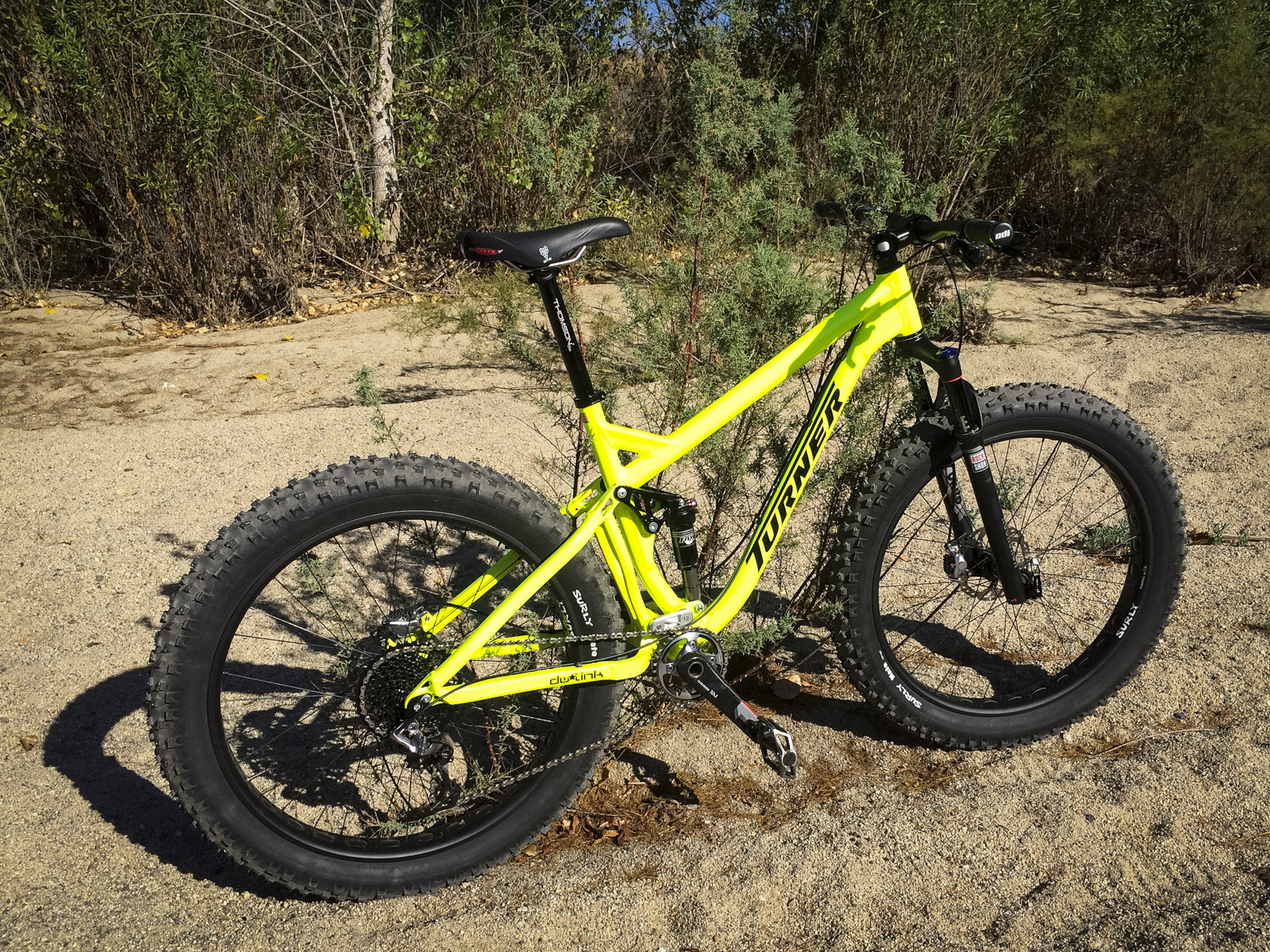 Apparently it’s dubbed the “King Kahn” but beyond that we don’t have any more info. More details to follow, but for now we sniped some pics from Turner’s Facebook Page as well as a couple of pics that we were lucky enough to score from David Turner himself. 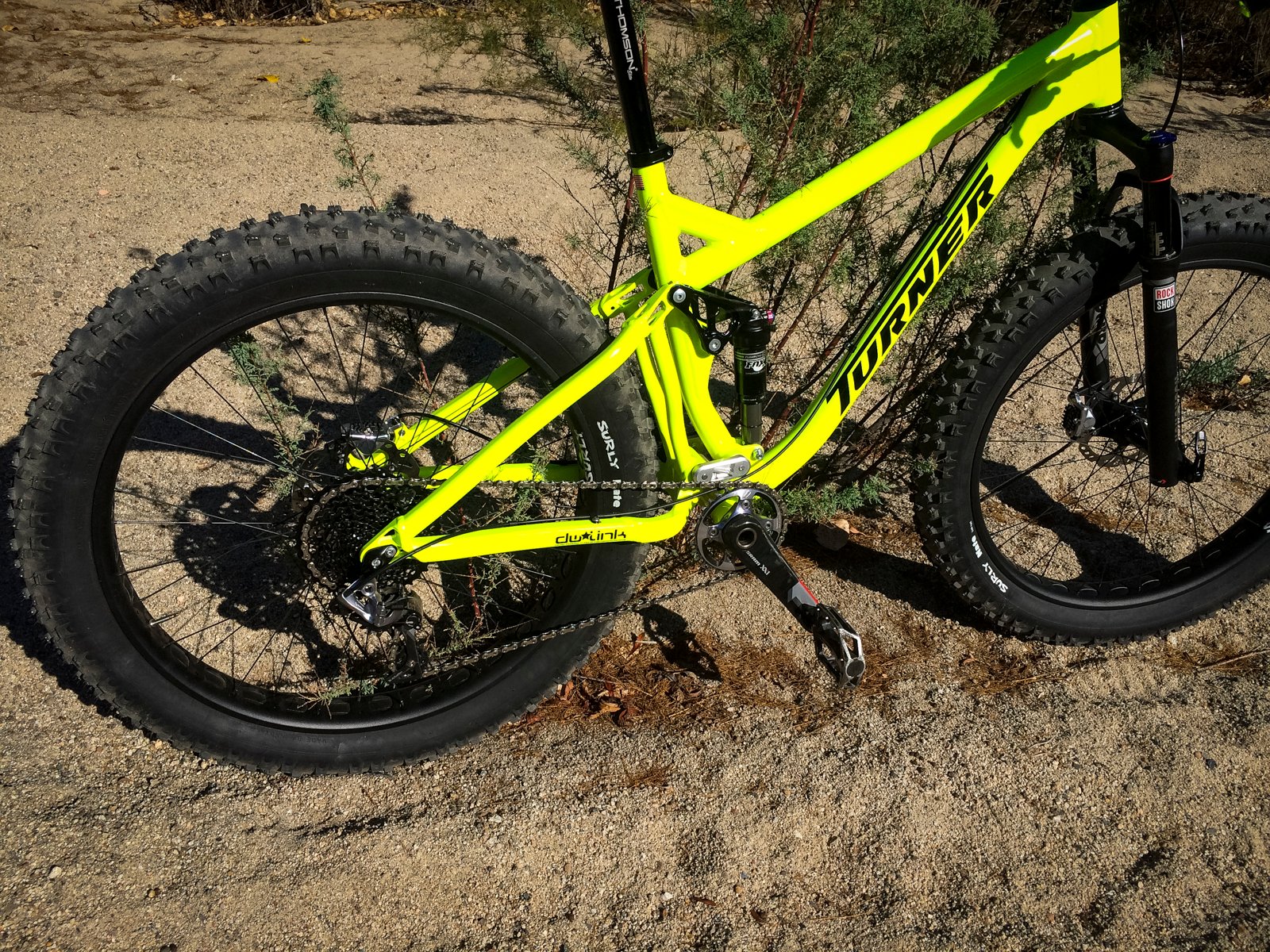 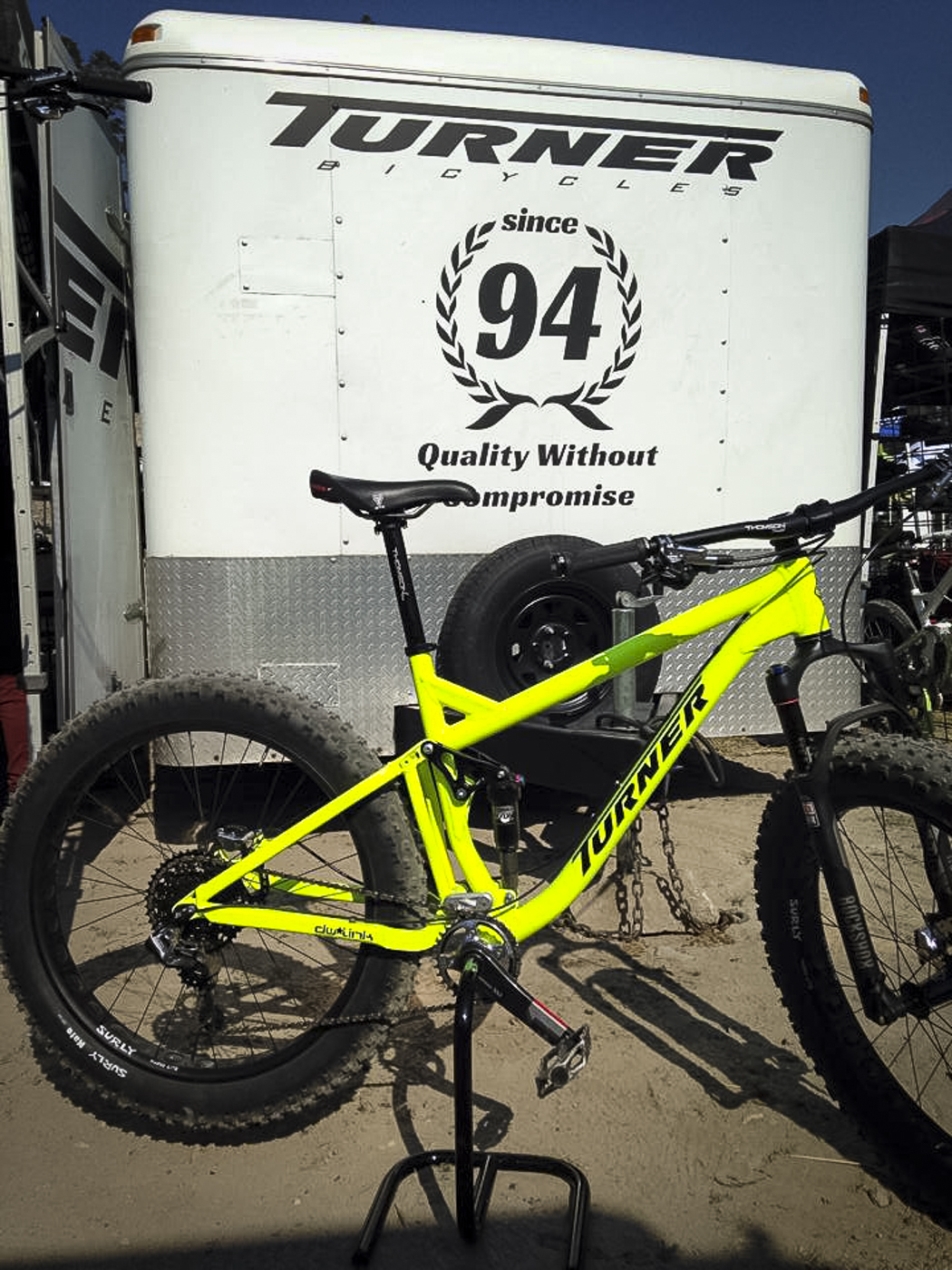 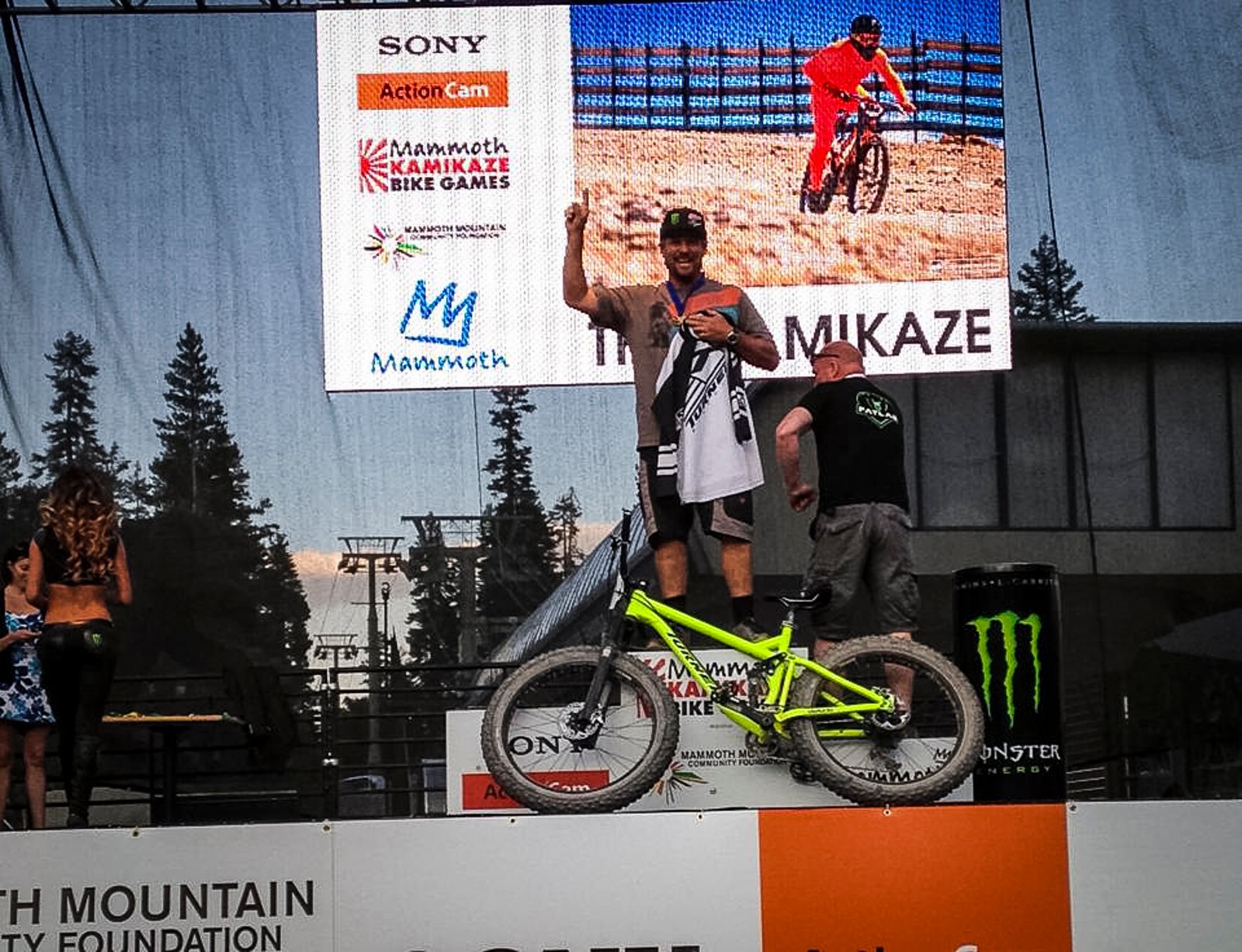 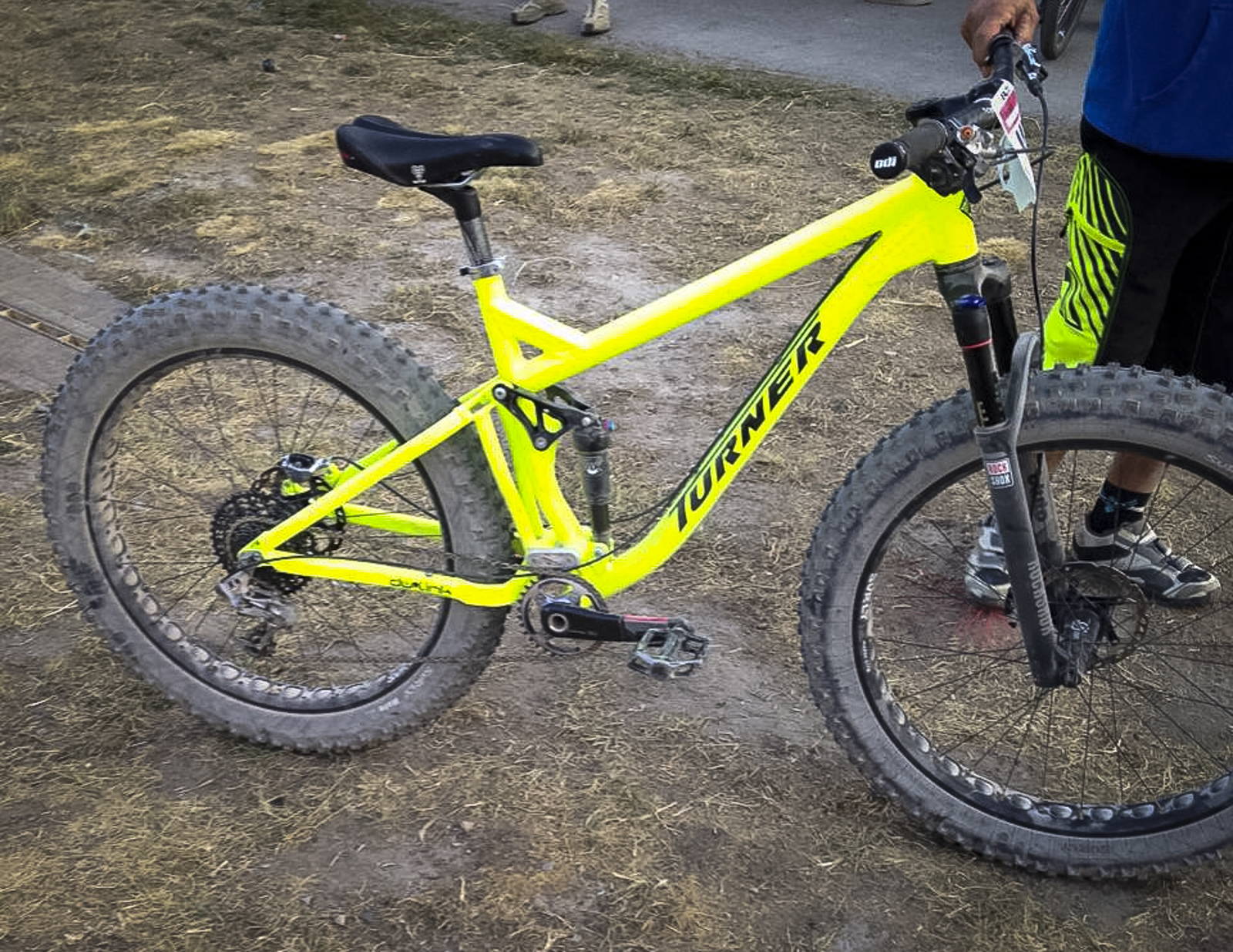 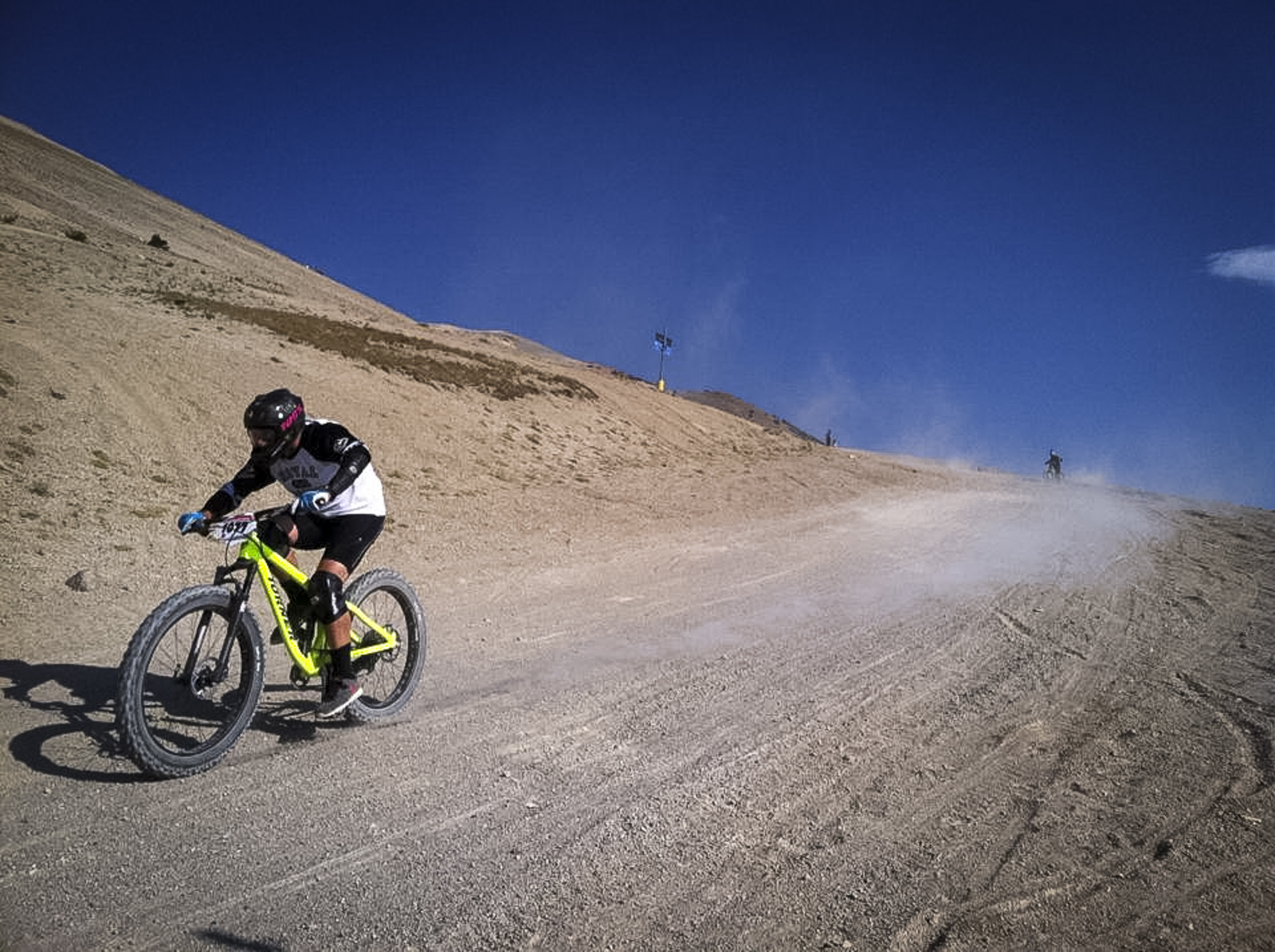