Well it’s been some time since weather was a huge factor for World Cup DH and today it most certainly was.  Rider after rider just couldn’t touch Alexandre Fayolle and as the day went on the brooding weather became ever more threatening until it finally would break during Brooke MacDonald’s run.  The kiwi would eventually flat, and quite a few riders had some splits that trumped Fayolle; Bernard Kerr was up but flatted, Connor Fearon came close but lost touch at the bottom.

Then along came Mr. Consistent.  Greg Minnaar snatched the hot seat by over 2.5 seconds…IN THE RAIN.  Incredible.  Loic would have a spectacular run for third place, but it was Danny Hart who blew everyone’s mind.  If anyone can turn it on in adverse conditions, we know it’s him.  He rode loose and on the ragged edge, besting Minnaar’s time by 2.7 seconds and taking his 3rd win in a row.  Yet another weekend of incredible racing.  By the time Thirion, Brosnan and Gwin would hit the dirt the conditions were treacherous so they all played it smart and just got down the hill. Gwin takes the World Cup overall and heads to a track where he’s seemingly untouchable(Val Di Sol) with world champs on his mind.  Danny’s momentum appears to be a force of nature at the time so the next race will be a nail biter for sure.

In the women’s, Rachel Atherton absolutely made history.  Even with a bad back, she decimated the field by 6.5 seconds.  She just pulled off a world’s first in the DH world – a perfect season.  Now if she can just win World Champs she can make a second major make in the history books.

In men’s juniors, Finn Iles must have struggled as he was 3 second back from Gaetan Vige, the same rider that he beat by around 9 second in qualifying.  Elliot Heap would round out the top 3. Enjoy the photos below and scroll to the bottom to find the full results from today as well as overall standings. 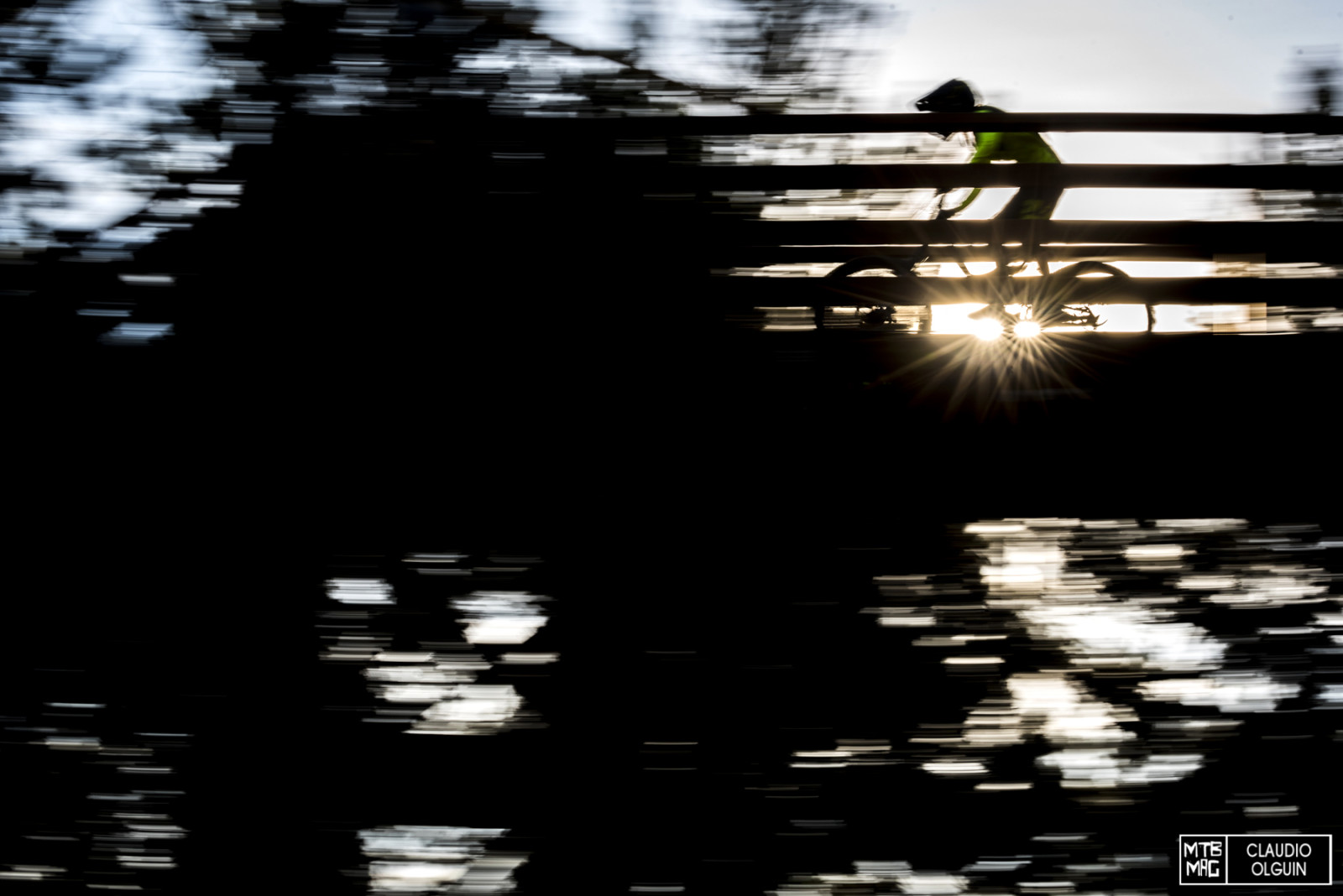 The day started off nice but would eventually turn sour for the top 15. 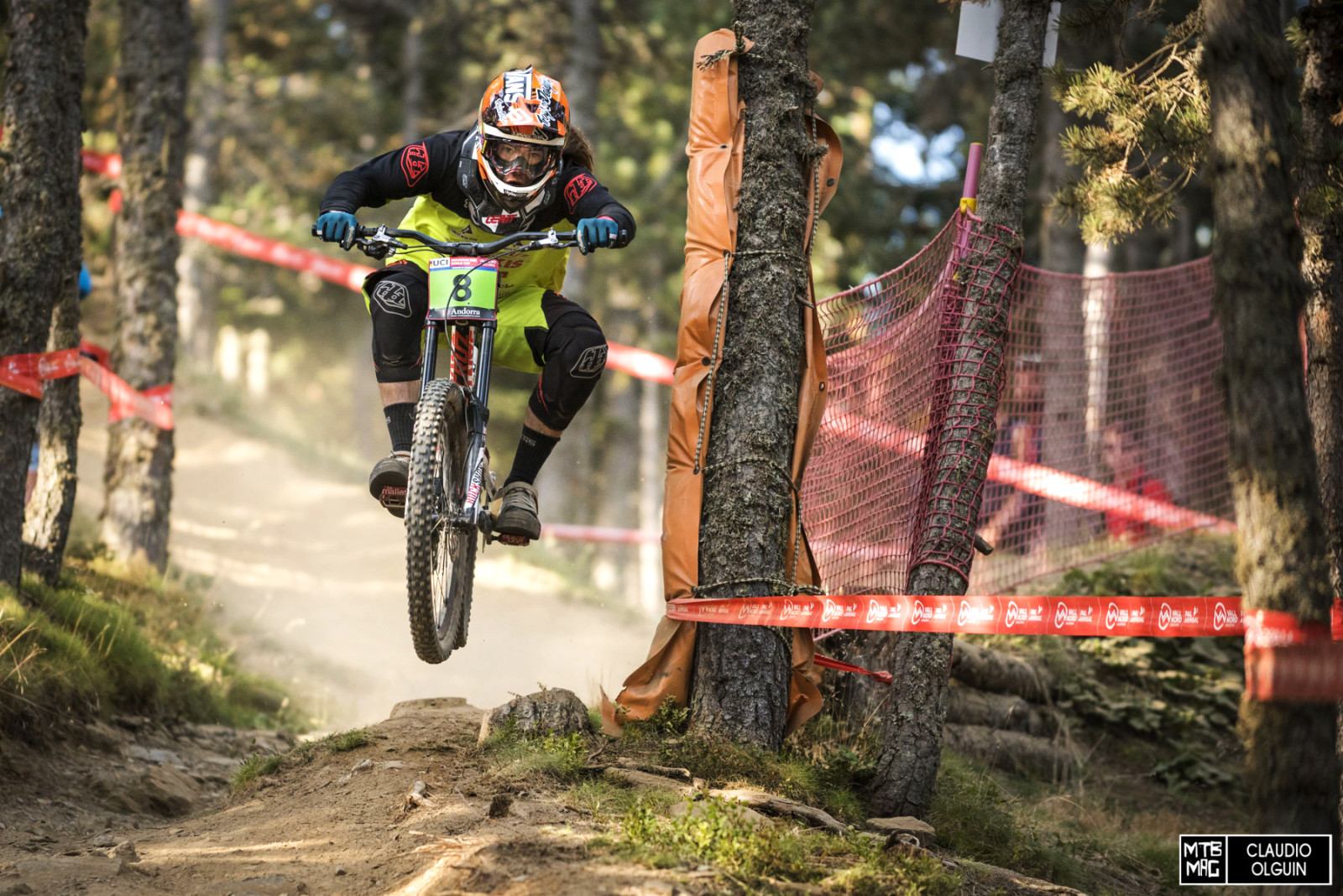 Remy Morton, one of many pinned juniors. 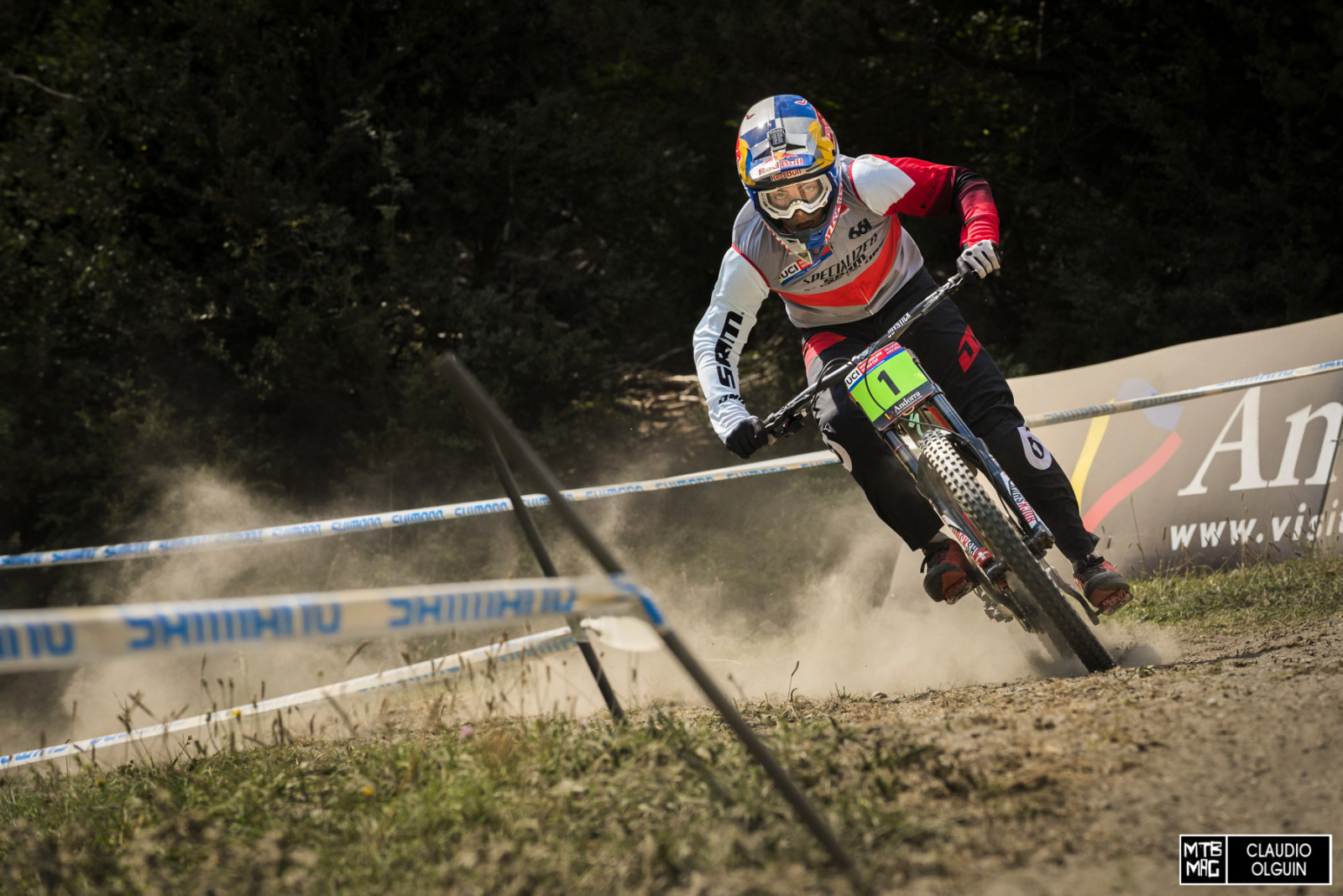 Finn couldn’t quite make it happen today but he did take the overall. 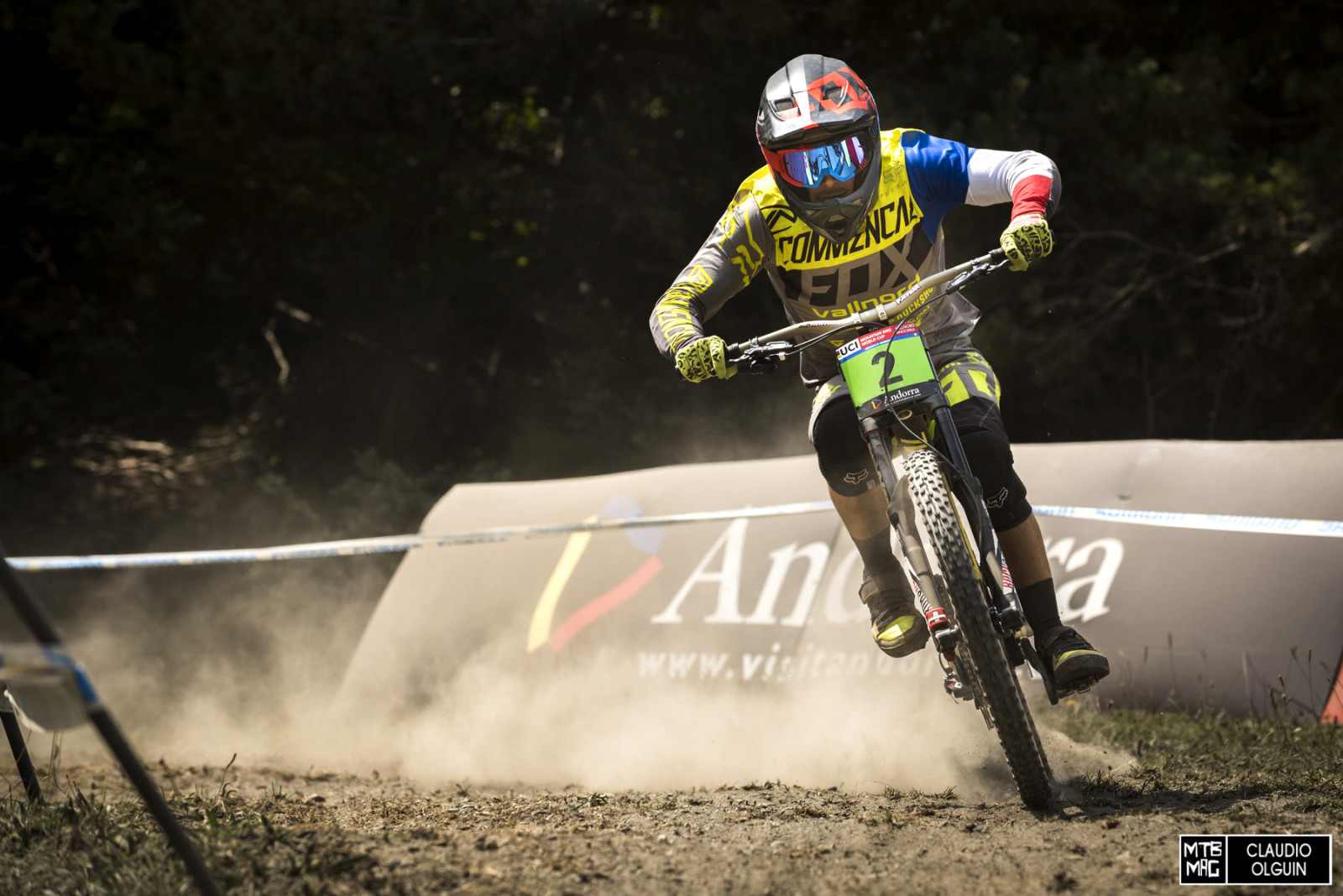 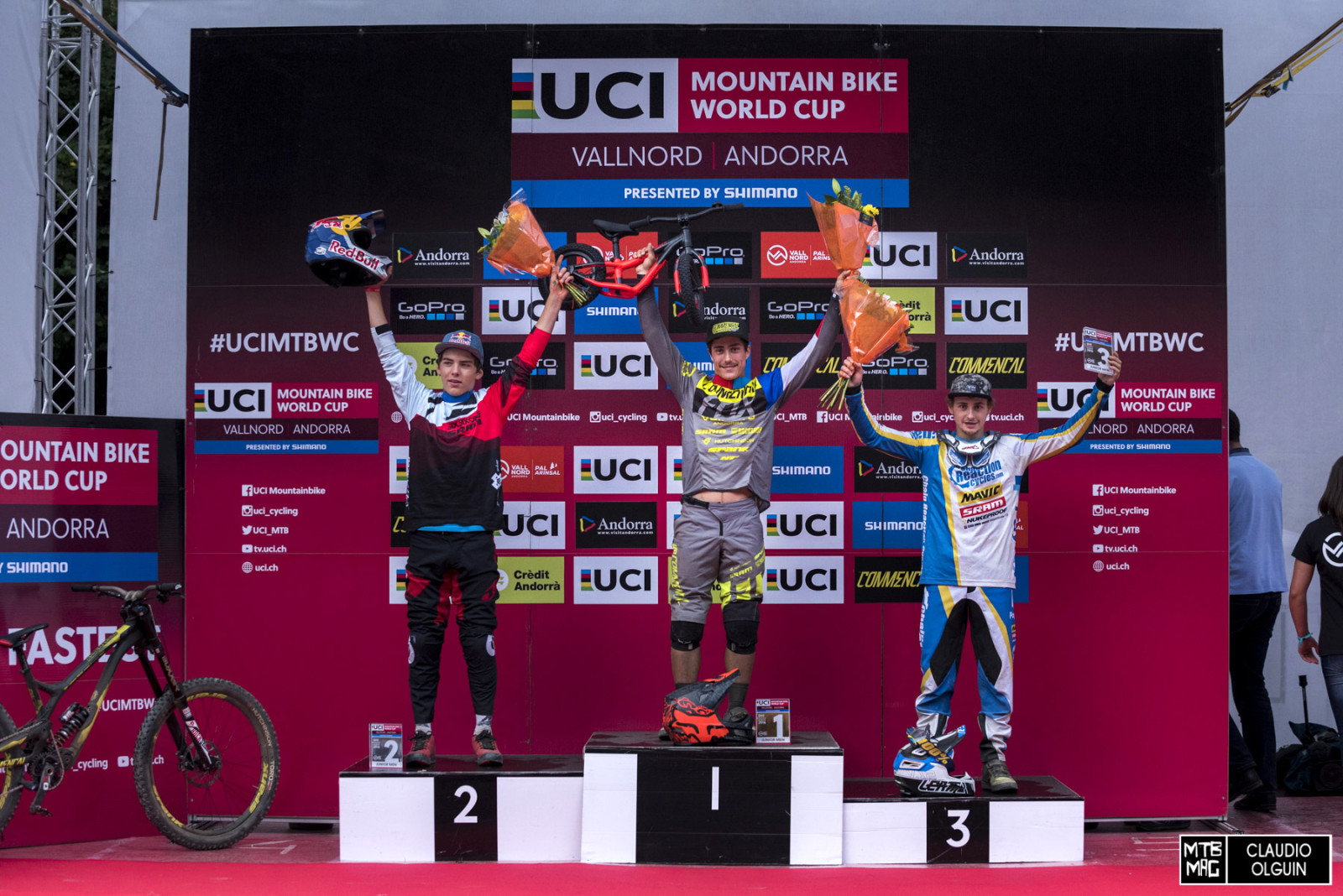 As the top qualifier, Nicole Myriam had a boost of confidence.

Tracey Hannah, keeping it low and looking for seconds. 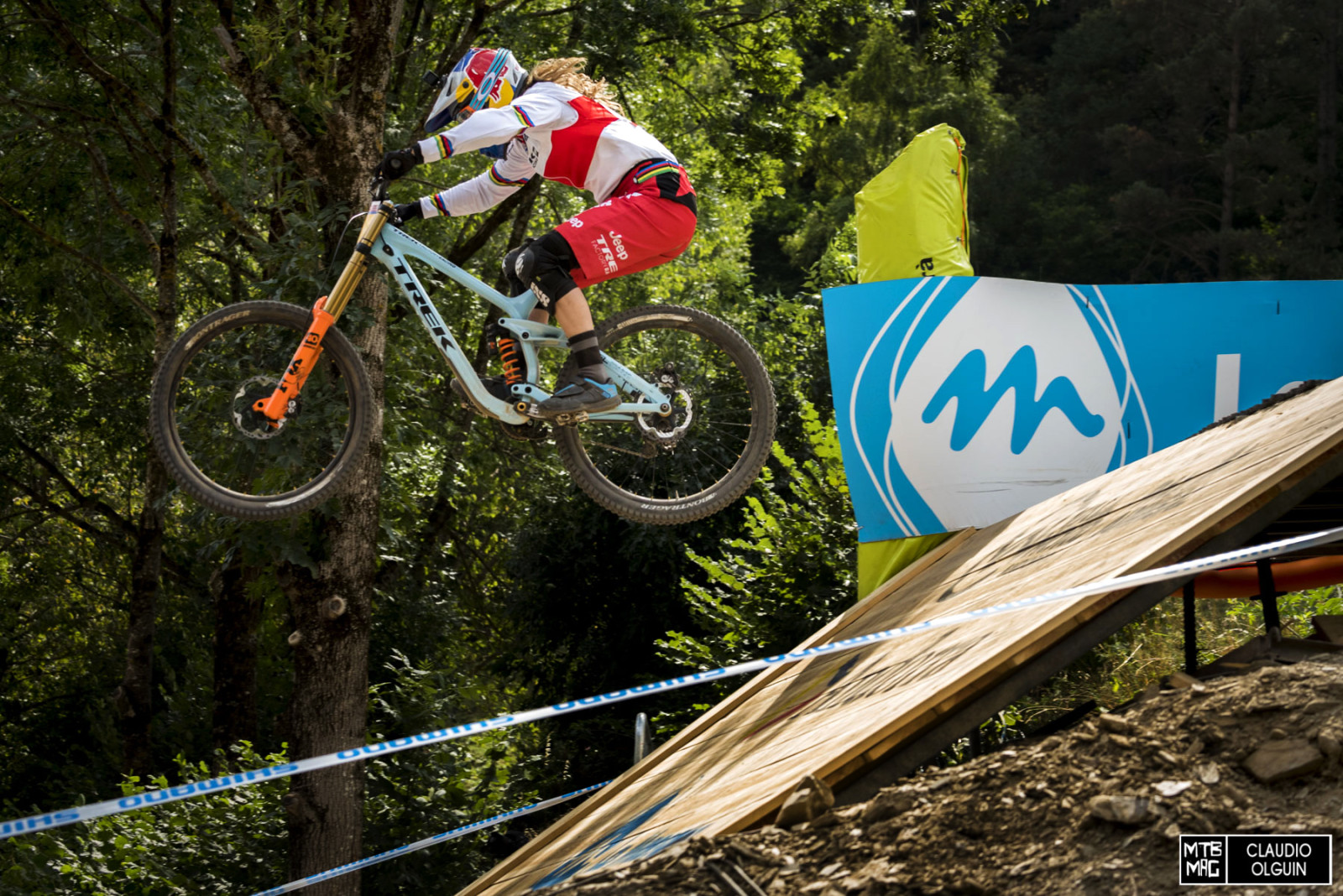 In the end, Rachel would take her 13th win and wrap up a perfect season. Amazing. 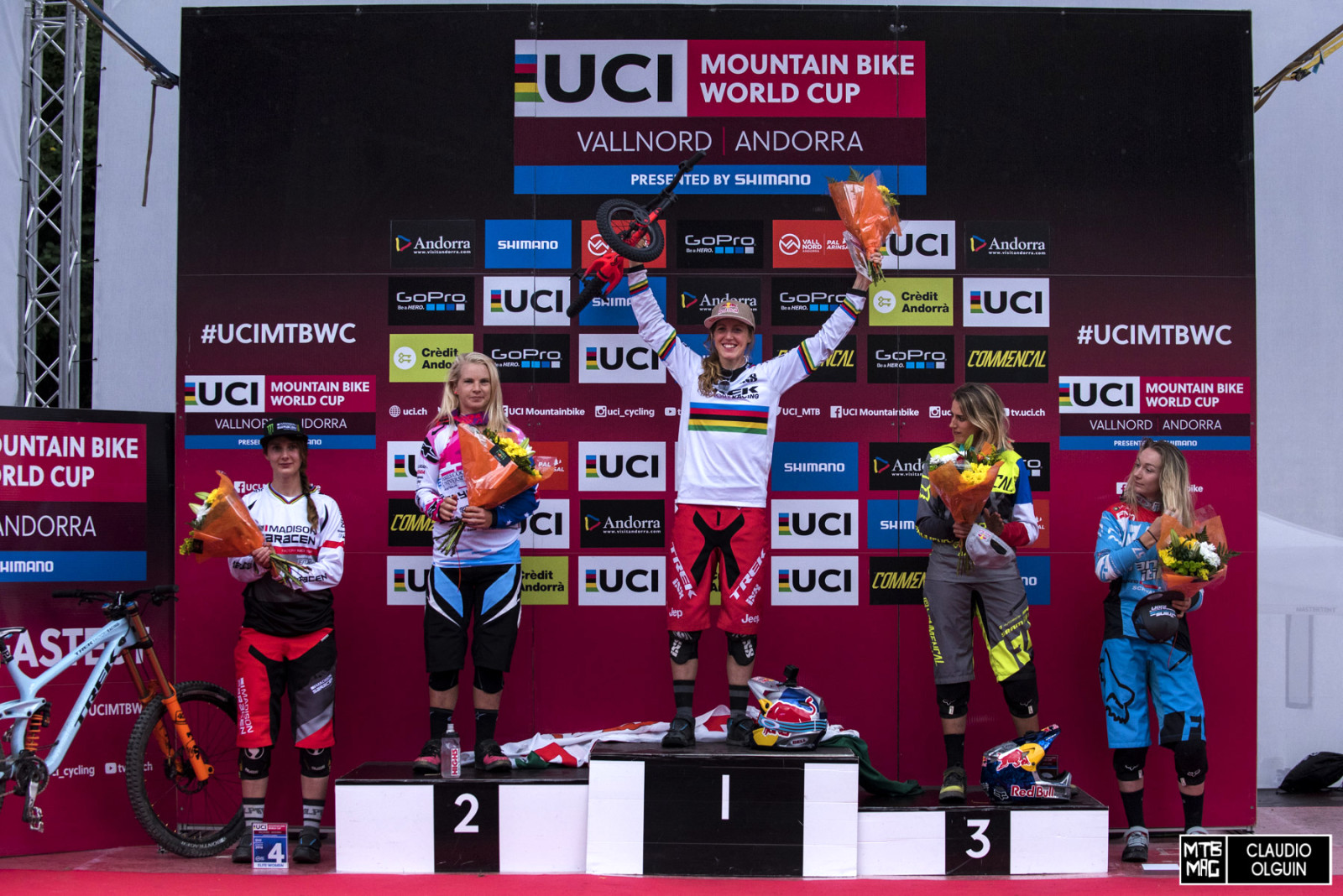 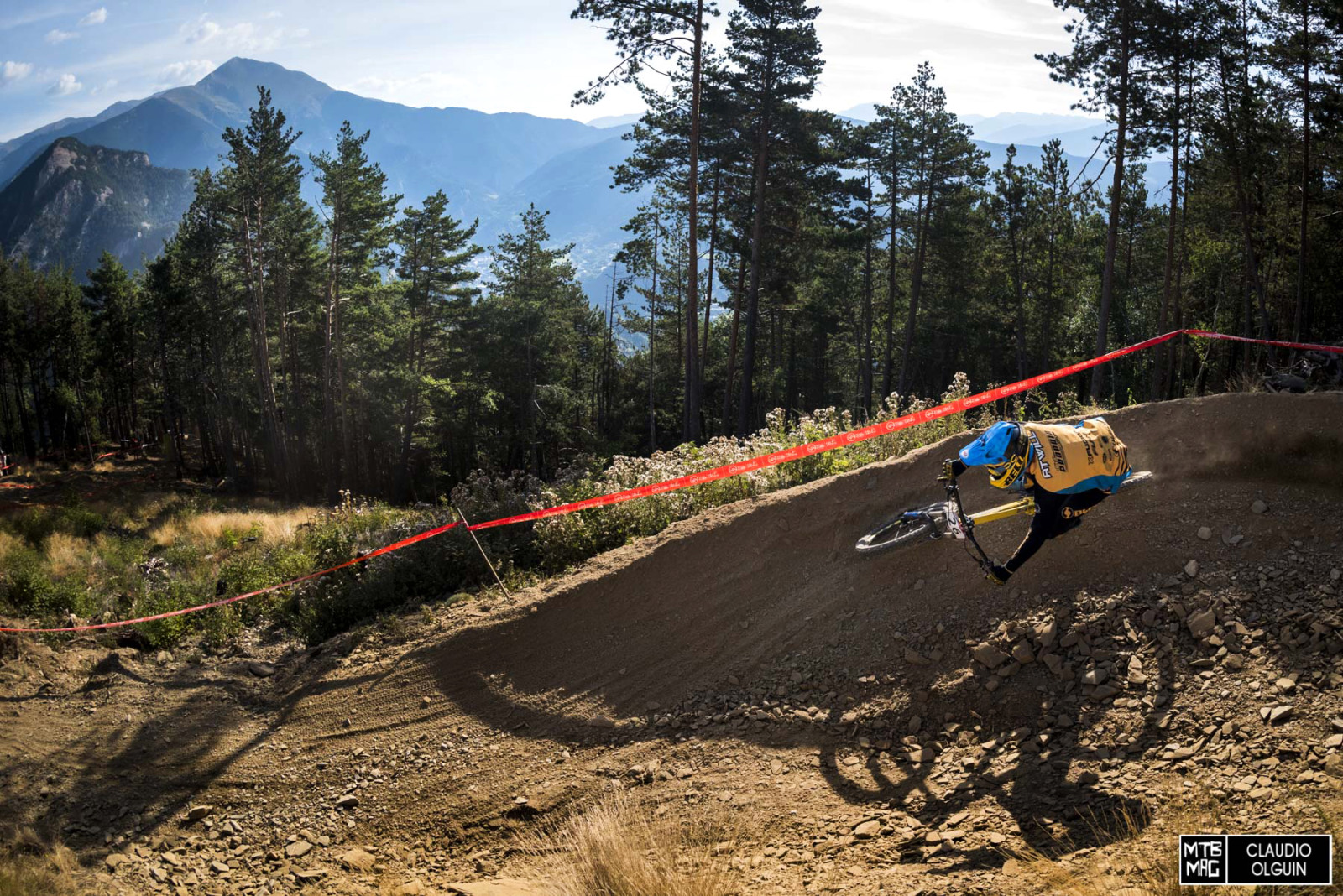 Phil Atwill didn’t have the result he was looking for but he’s been picking up speed over the years. 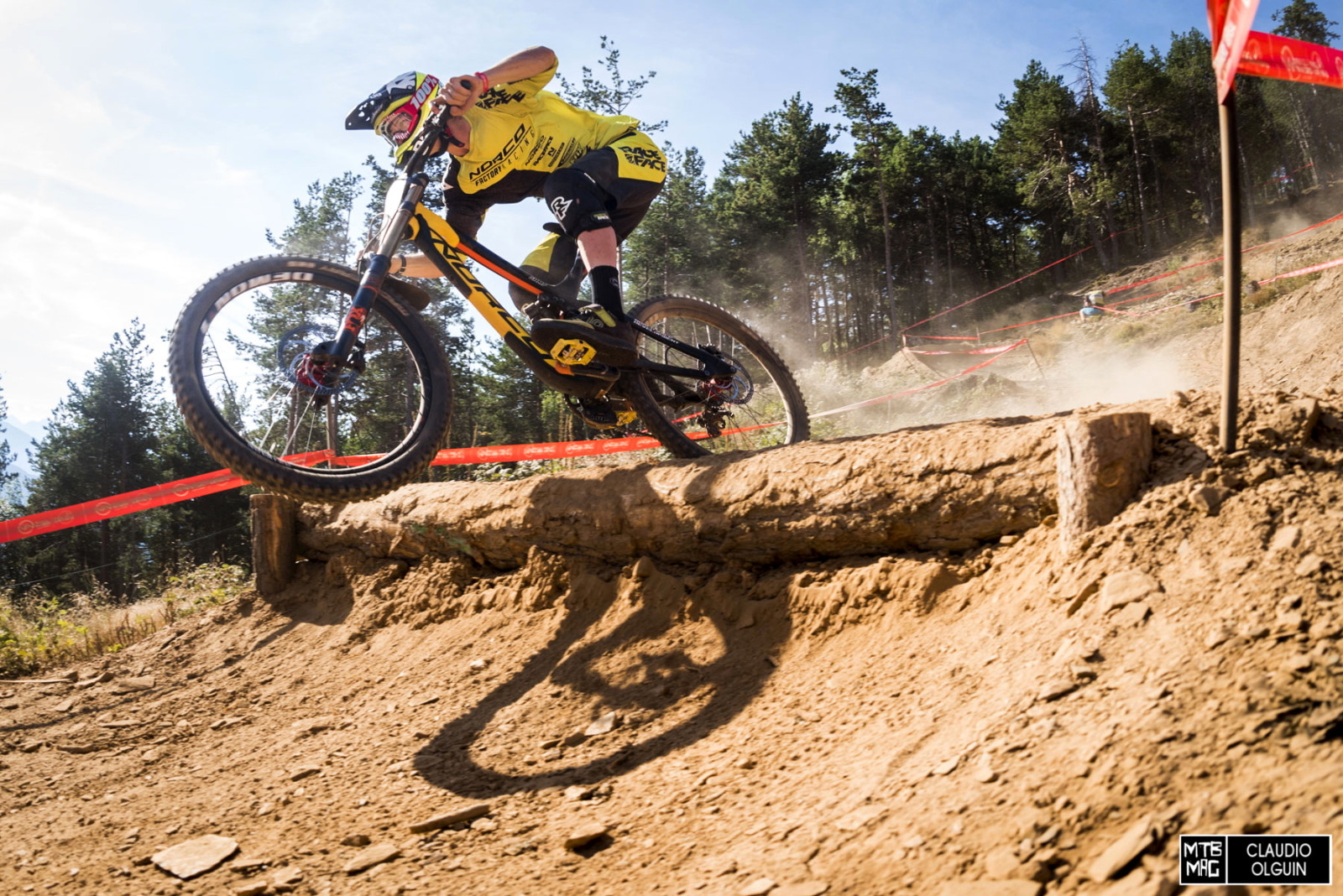 Huge crash for Blenki, heal up! 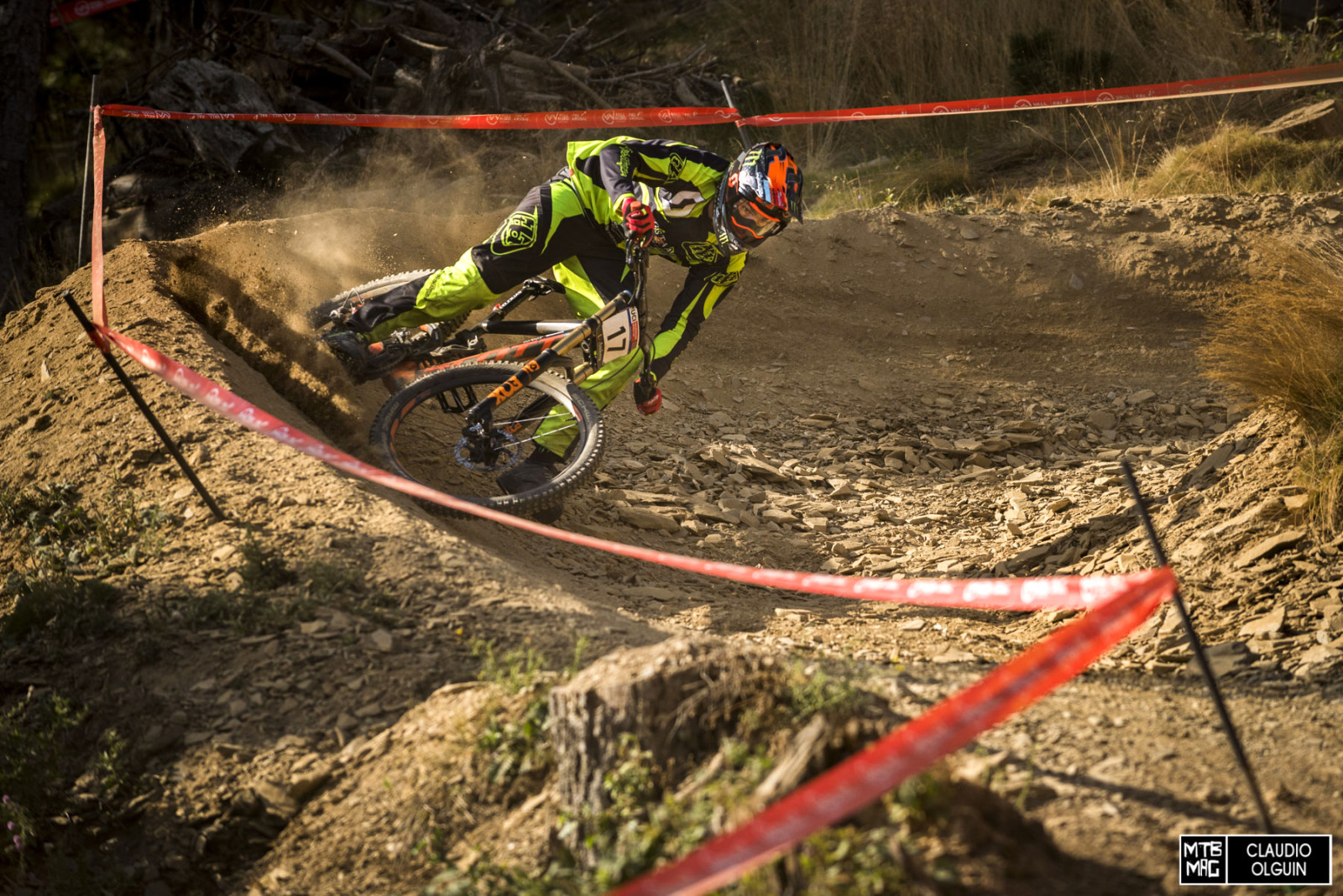 Brendog looked amazing on track.  If it wasn’t for a front flat he would’ve seen a top 10, or possibly top 5. 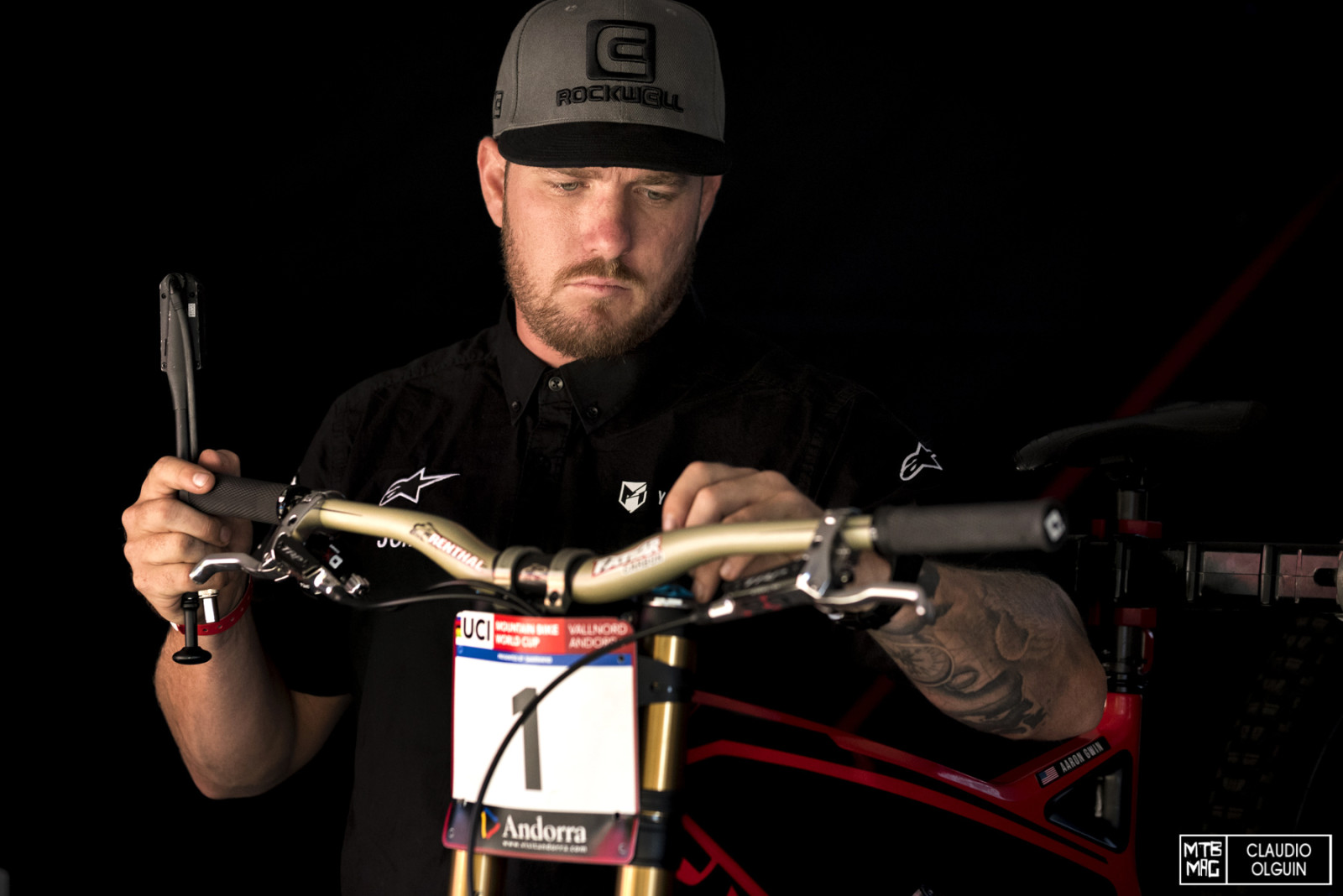 John Hall putting in the hours on Gwin’s machine. A couple of crashes for Ratty. Not his day. Rob Warner was murmuring signs that this might be his last year….we’ll see. 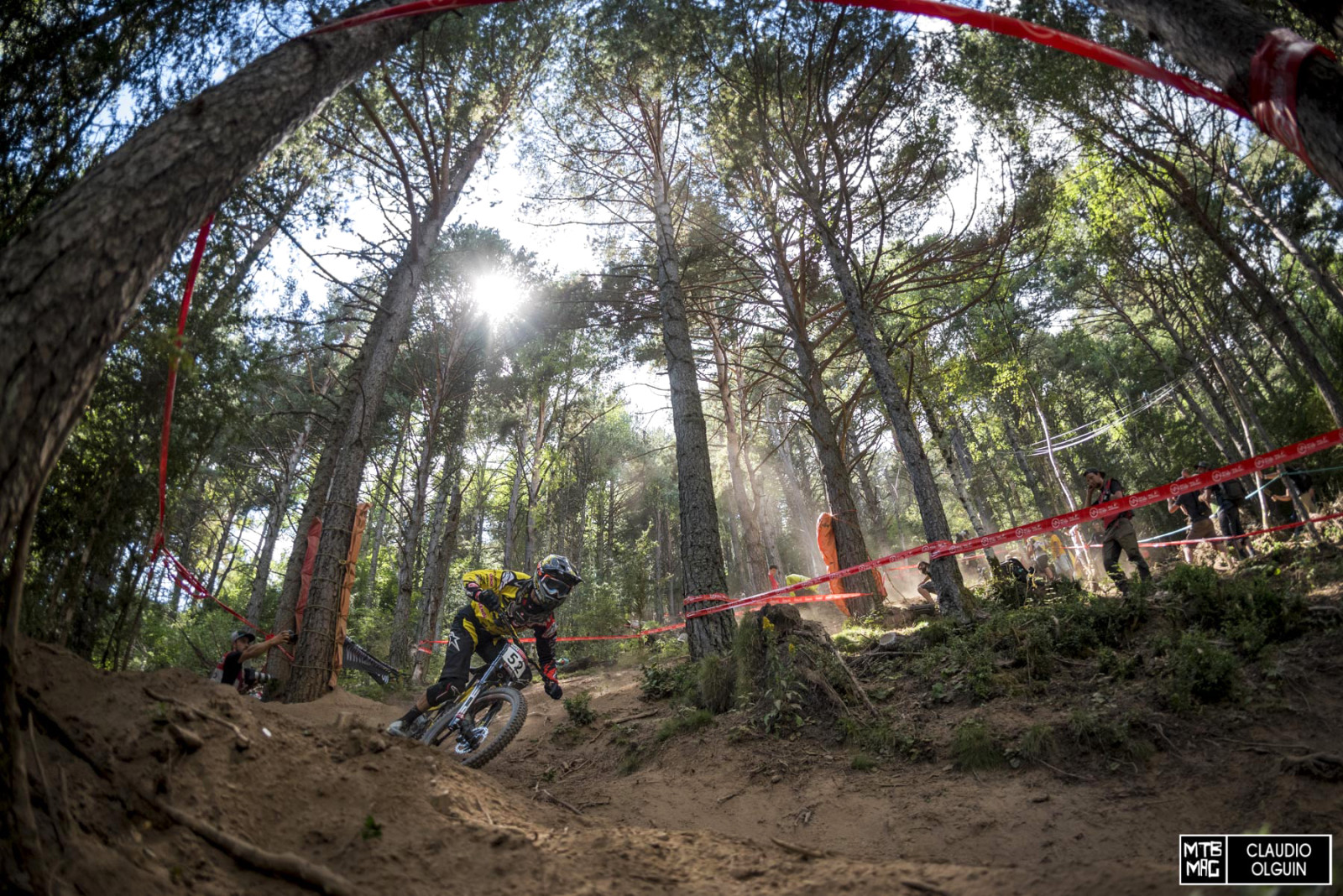 For a huge portion of the live feed, it was all about Alexandre Fayolle. He would finish fourth, likely a career best. Marcelo had a solid race this time around, just barely missing the top 5. Nice to see him back up where he belongs.

George Brannigan with the end in sight. Connor Fearon came so close to upsetting Fayolle, but just barely missed, settling into 5th, the same place that he would wrap up his overall. Solid result. 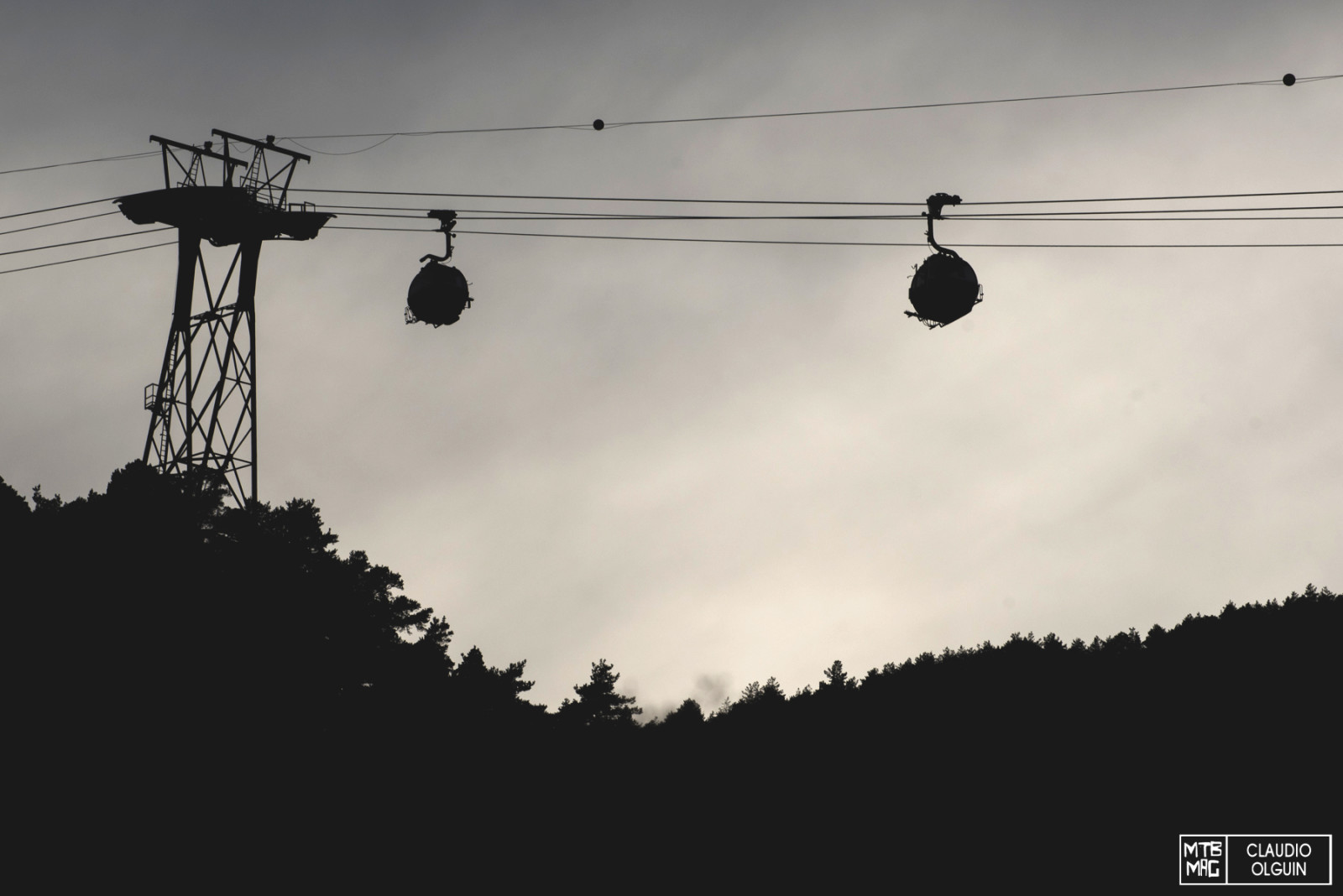 Conditions got bad rather quickly. It wasn’t until Greg Minnaar came down that someone finally bested Fayolle’s time. As always, never count Minnaar out. Remi Thirion in practice. He would get skunked by the weather in his race run. Gwin in practice. He would play it pretty safe and cruise down the track in rather poor conditions to ensure his overall win. Troy also got hosed by the weather a bit, but he belted the last turn harder than anyone. Showing the crowd some love. Even in horrendous conditions, it was Danny Hart how would beat Minnaar by nearly 3 seconds. What a phenom…his momentum is incredible at the moment. Steve Peat’s last race.  Thank you Steve.  You’re hands down the most universally loved athlete the sport has ever seen.  No one will ever be able to fill your shoes.  Keep inspiring!