[ad3]In the women’s there is basically nothing new to report…Rachel Atherton is on track to win 10 of the last world cups in a row. She demolished the field despite Tracey Hannah’s best efforts and intimate knowledge of the home track in Cairns.

In men’s, local Australian Josh Button spent an absurd amount of time in the hot seat, watching legends try as they might only to fail in upsetting him. It wasn’t until Loic Bruni came through that he finally had to step down. Loic beat him by a solid 3 seconds. For the first time in ages, Aaron Gwin finished somewhere other than the top step. Cairns was unbelievably tight racing. Second place qualifier Mick Hannah had a huge showing and threw down the hammer, but still couldn’t upset Loic. Last up was Troy Brosnan. He came under a half second a way but it just wasn’t his day – Loic would finally get his first World Cup win. Not on home soil, but it was well deserved for sure. Incredible racing…what a nail biter. Huge congrats to Josh Button on the top 5 result after coming straight from a 9-5 job. 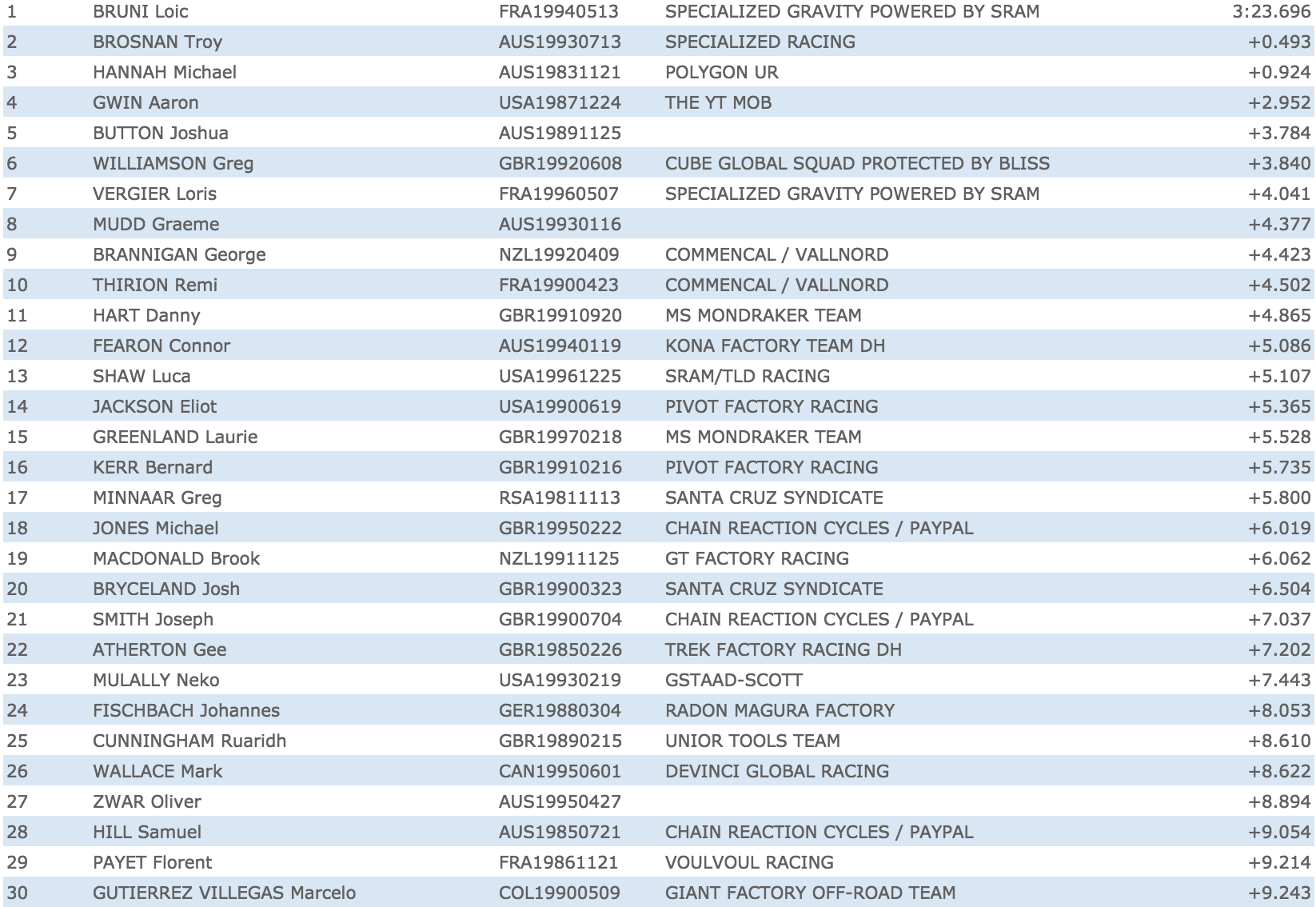 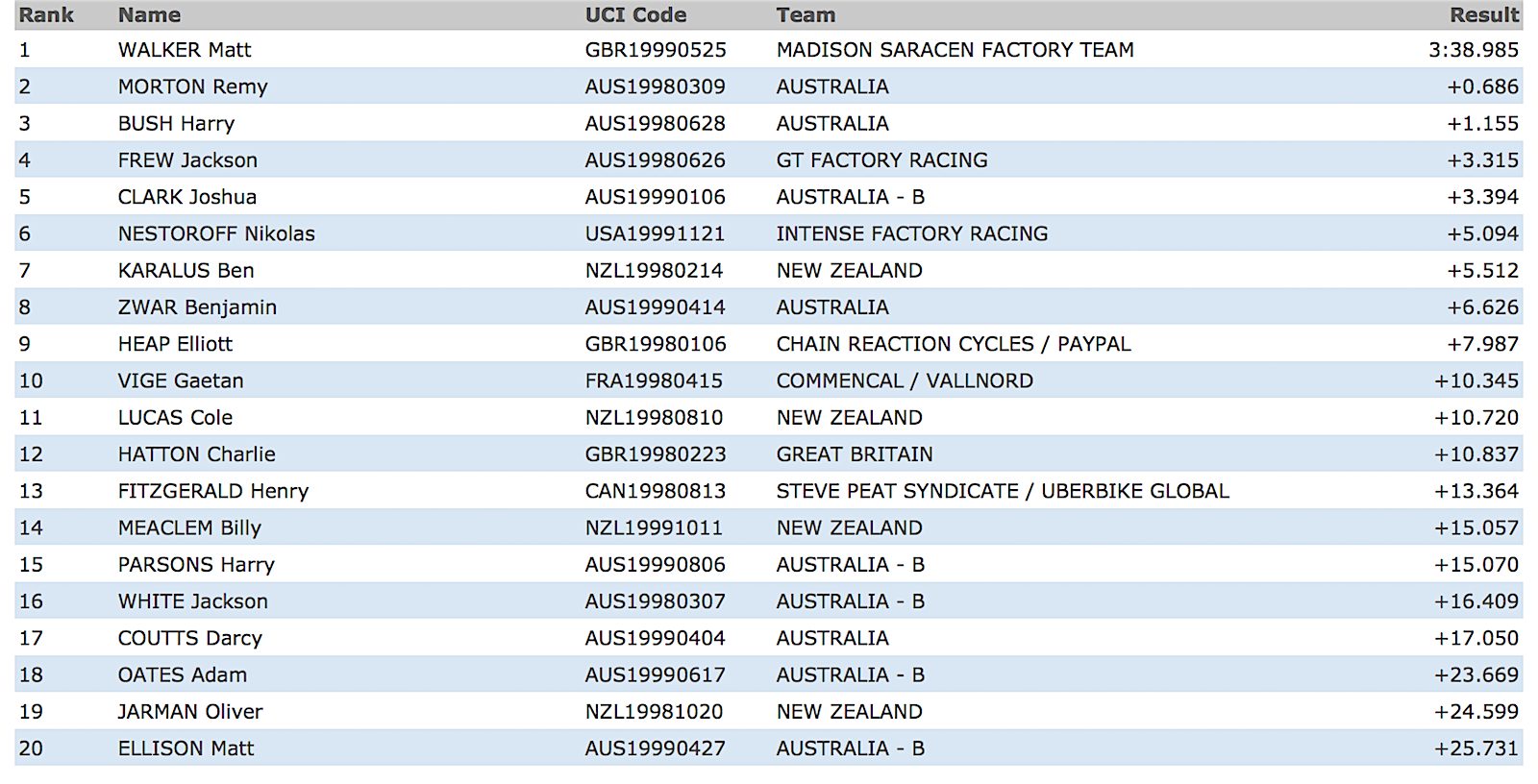 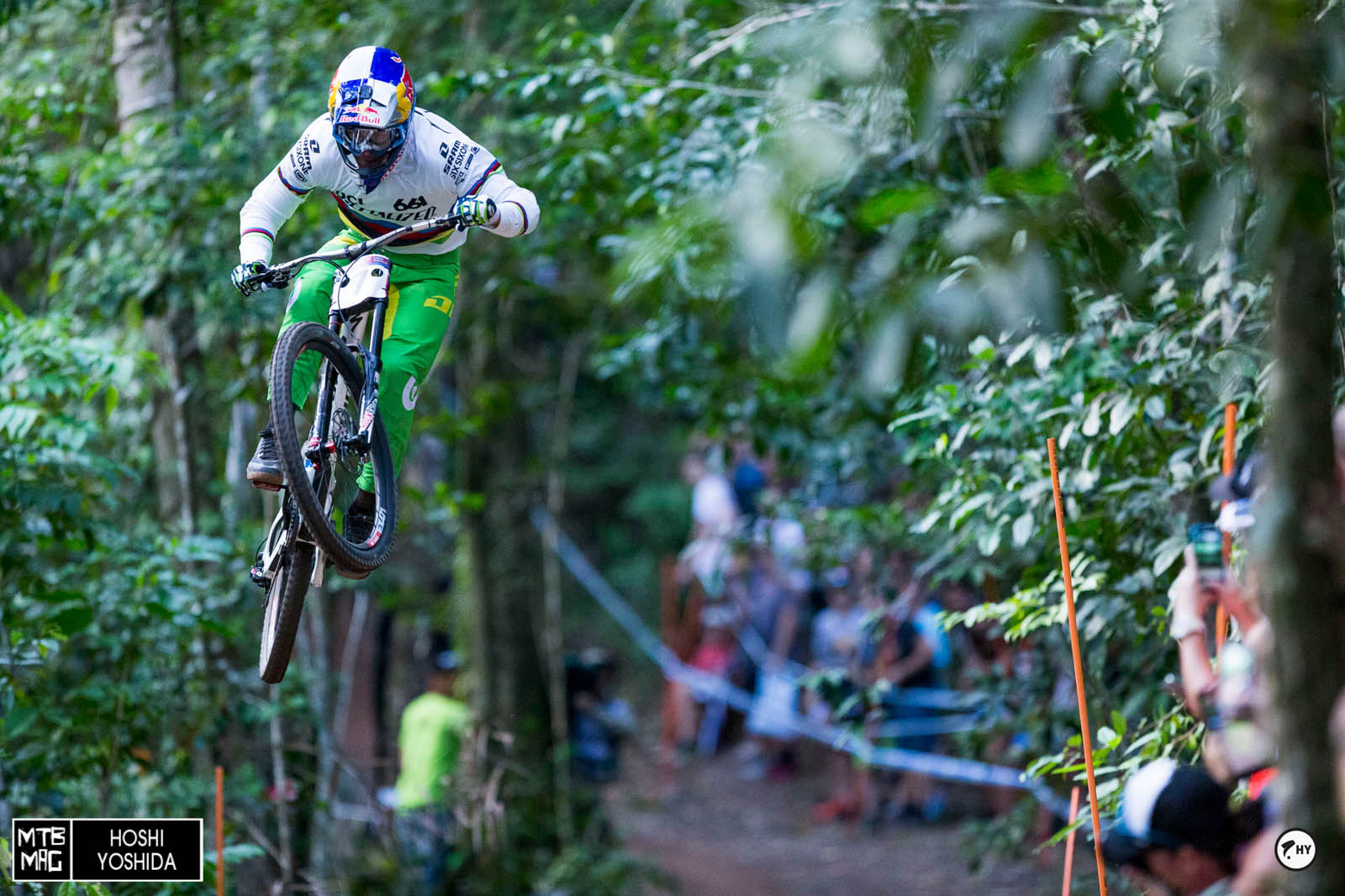 Loic finally got the other big win he was looking for. Troy wanted this one so badly. As did Mick. Aussies are pretty big on the idea of winning on home soil. It just wasn’t Aaron Gwin’s day. We’re not sure why. Maybe the track didn’t suit him…maybe the others have just upped their game. 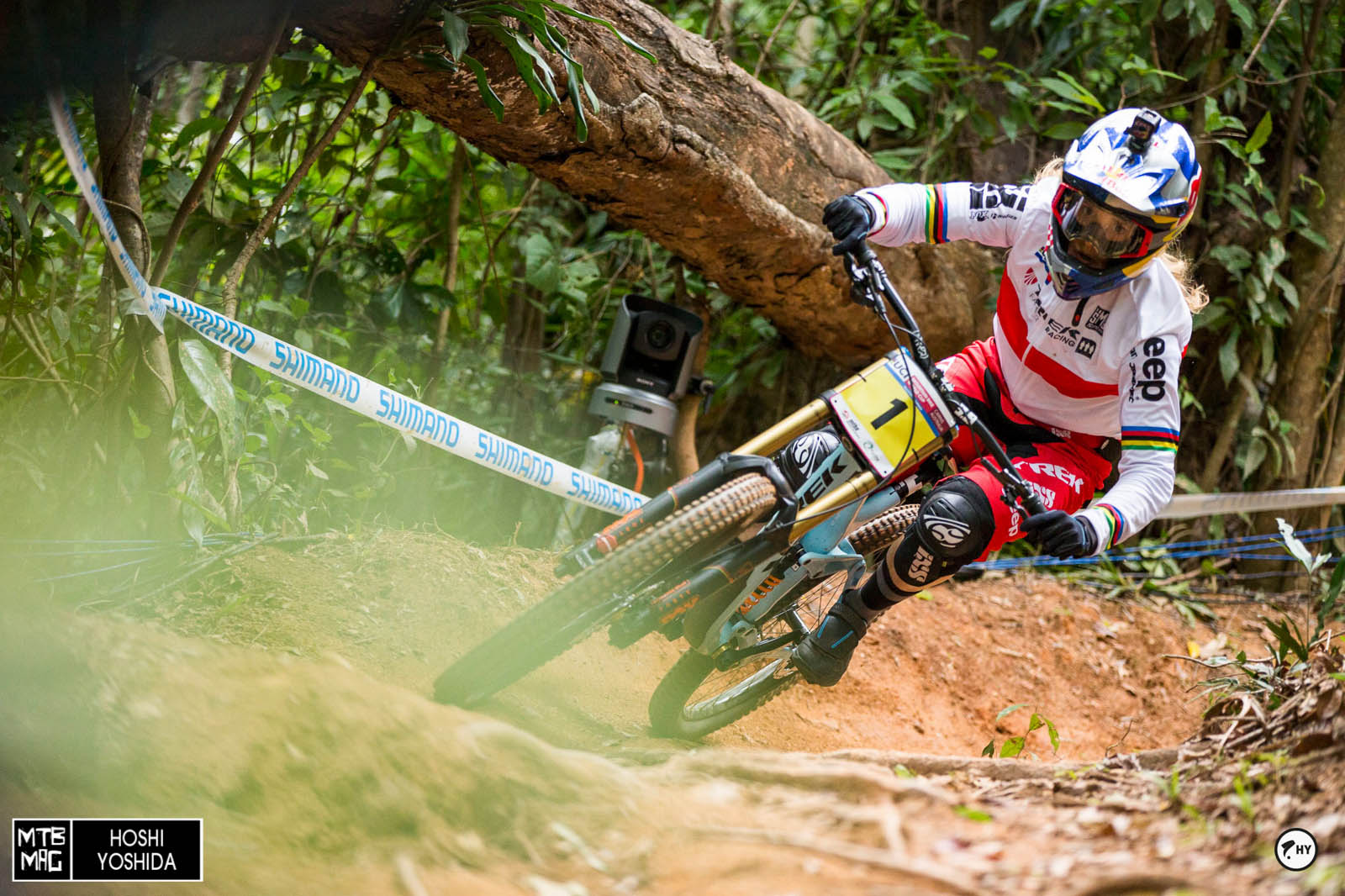 Rachel continues her reign of terror by huge margins. Tracey Hannah got a bit closer than she normally does. She was pinned and handled the pressure of racing at home quite well. George Brannigan is wild on a bike.  He took some surprising lines in the rock garden. The world Champ heads up to double check his lines. Connor Fearon is blistering fast but couldn’t pull out a big result at home. Remi Thirion is always a treat to watch but he got knocked out a bit early on. Front flat for Stevie. Hopefully this doesn’t put a damper on his momentum. Mick with poise that few can find. Big dog Sam Hill at home. Not his track and not his day though. Will this race slow Aaron Gwin down? Probably not, but it makes for more exciting racing when he actually loses once in a while. Troy put on a hell of a show and came so close. Coming down the pipe. Home stretch…