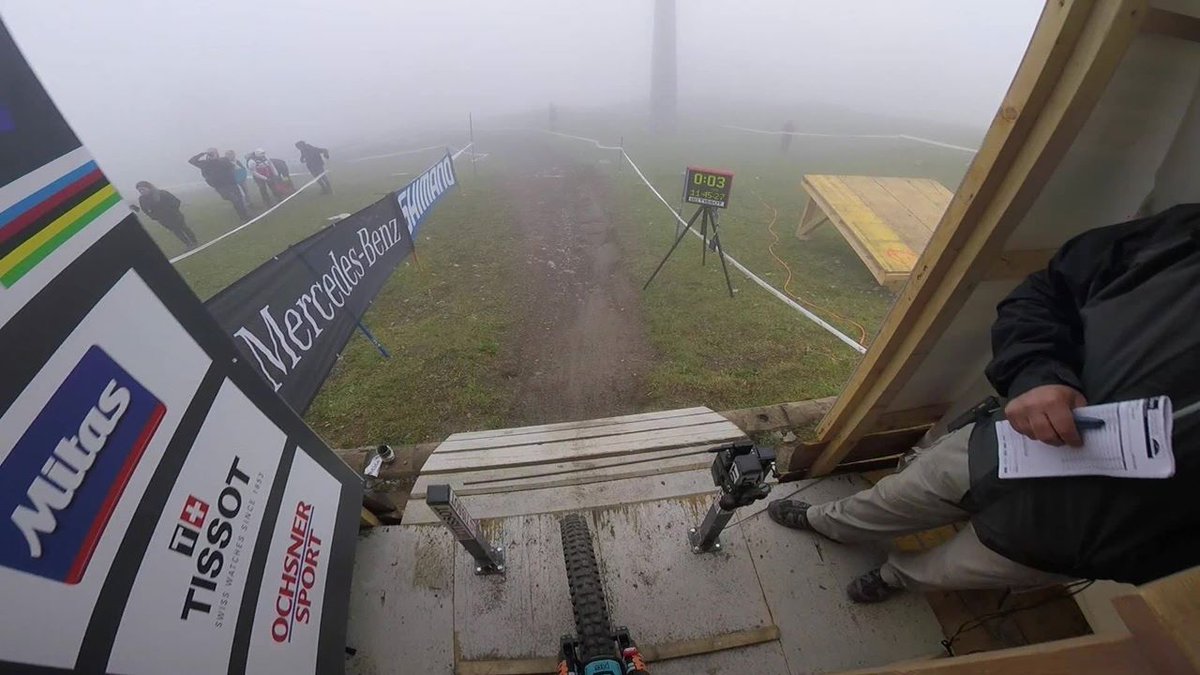 The timed trial from the UCI DH World Championships in Lenzerheide started with a “qualifying” heat that determines the access to finals on Sunday. The bad weather, with thick fog and low temperatures, accompanied the athletes competing in the Swiss resort, making the soil damp and in some places very slippery.

Brook MacDonald snatched the best time, confirming his excellent shape condition this season. He was followed by Loris Vergier who seems absolutely determined to take a win. Connor Fearon had a good showing, cruising into third today. Belgian Martin Maes, who managed to excel in the same season in both DH and enduro managed to cruise into 4th. Aaron Gwin, who is easily the most eager to get on the first step of the podium in the finals, closed out in fifth place.

World Cup winner Rachel Atherton prevails in the qualifying heat of the Elite Women category, clocking in a time of around 6 tenths less Tahnée Seagrave. Below is a helmet cam of Rachel’s race run.

The gaps are very big between the women. Tracey Hannah in third position closed out over 5 seconds behind Tahnee. Landing in fourth place, Cecile Ravanel was almost 10 seconds slower than Atherton. Fifth place went to Marine Cabirou, while Myriam Nicole had a mistake that resulted in disqualification, but still has access to the final on Sunday.

Kade Edwards had the fastest time in the men’s Junior category, ahead of Patrick Butler by over 8 seconds. Third position for Kye A’Herne, while Thibaut Daprela, winner of the World Cup season and favorite of the title, closed out in fourth place.

Valentina Höll also dominated the qualifyer of this year’s World Championship, preparing to conquer her first world title and to sign off on the perfect season.