The fifth round of the Enduro World Series in Italy concluded much as it started – with Sam Hill and Cecile Ravanel leading the series. 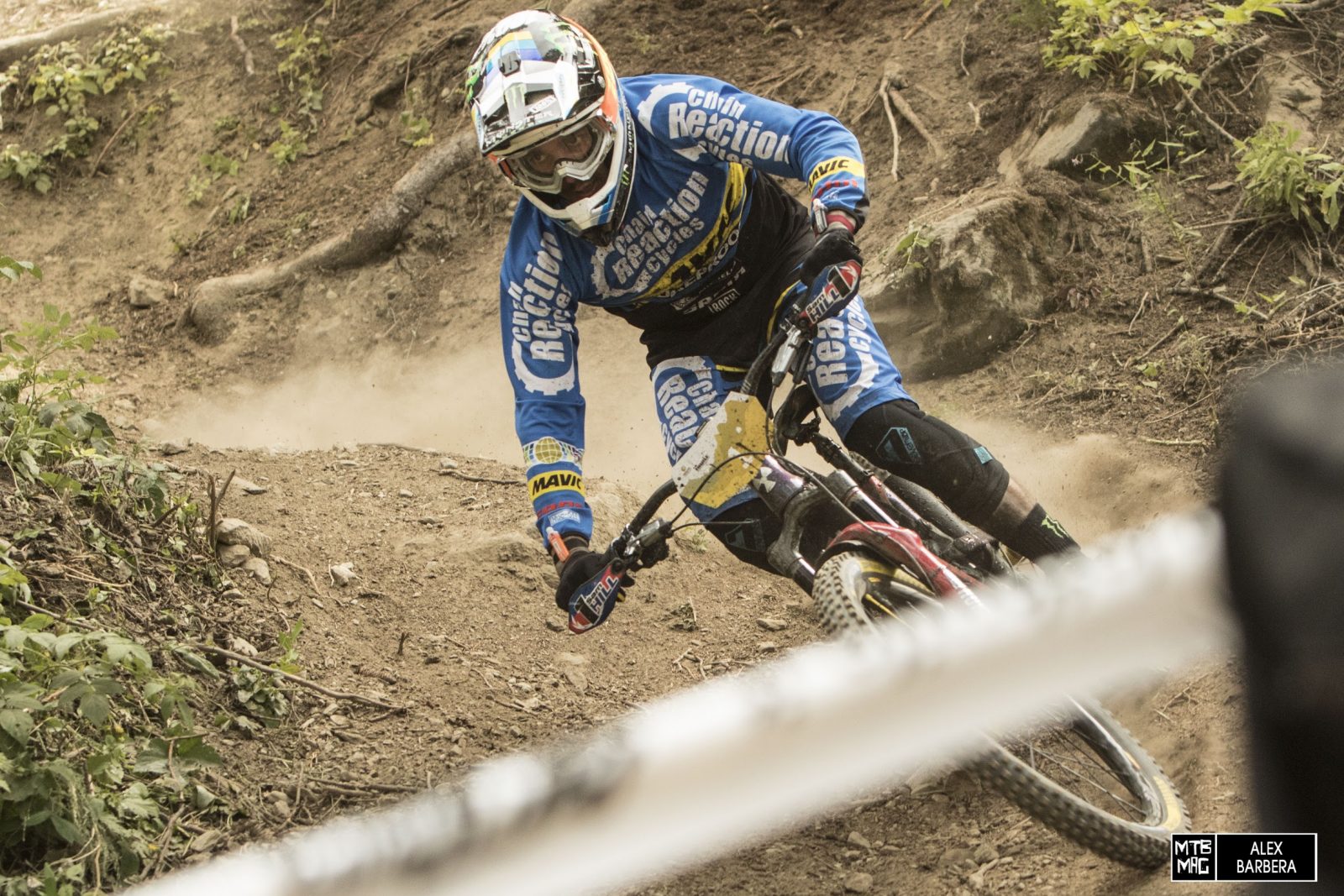 The big mountains of La Thuile delivered some big mountain weather, with a storm on Friday night forcing schedule changes. However, if there’s one thing the EWS riders have learned to deal with, it’s wet trails and difficult conditions. 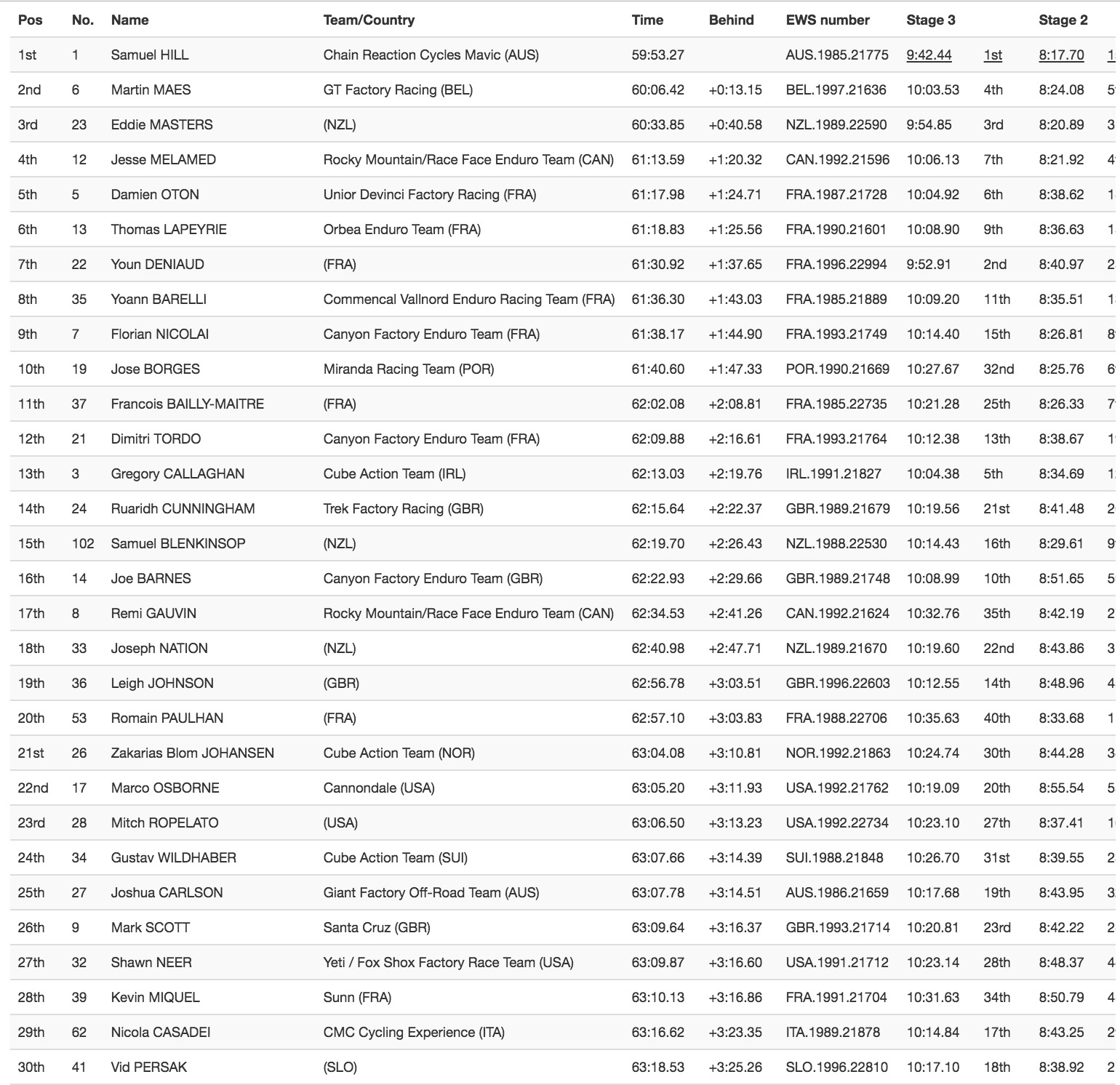 Cecile Ravanel (Commencal Vallnord Enduro Racing Team) was on typically dominant form, dropping just one stage all weekend to win the race with a commanding lead of over one and half minutes. Isabeau Courdurier (Intense-Mavic Collective) and Ines Thoma (Canyon Factory Enduro Team) both put on a masterclass in consistency to take second and third place respectively. 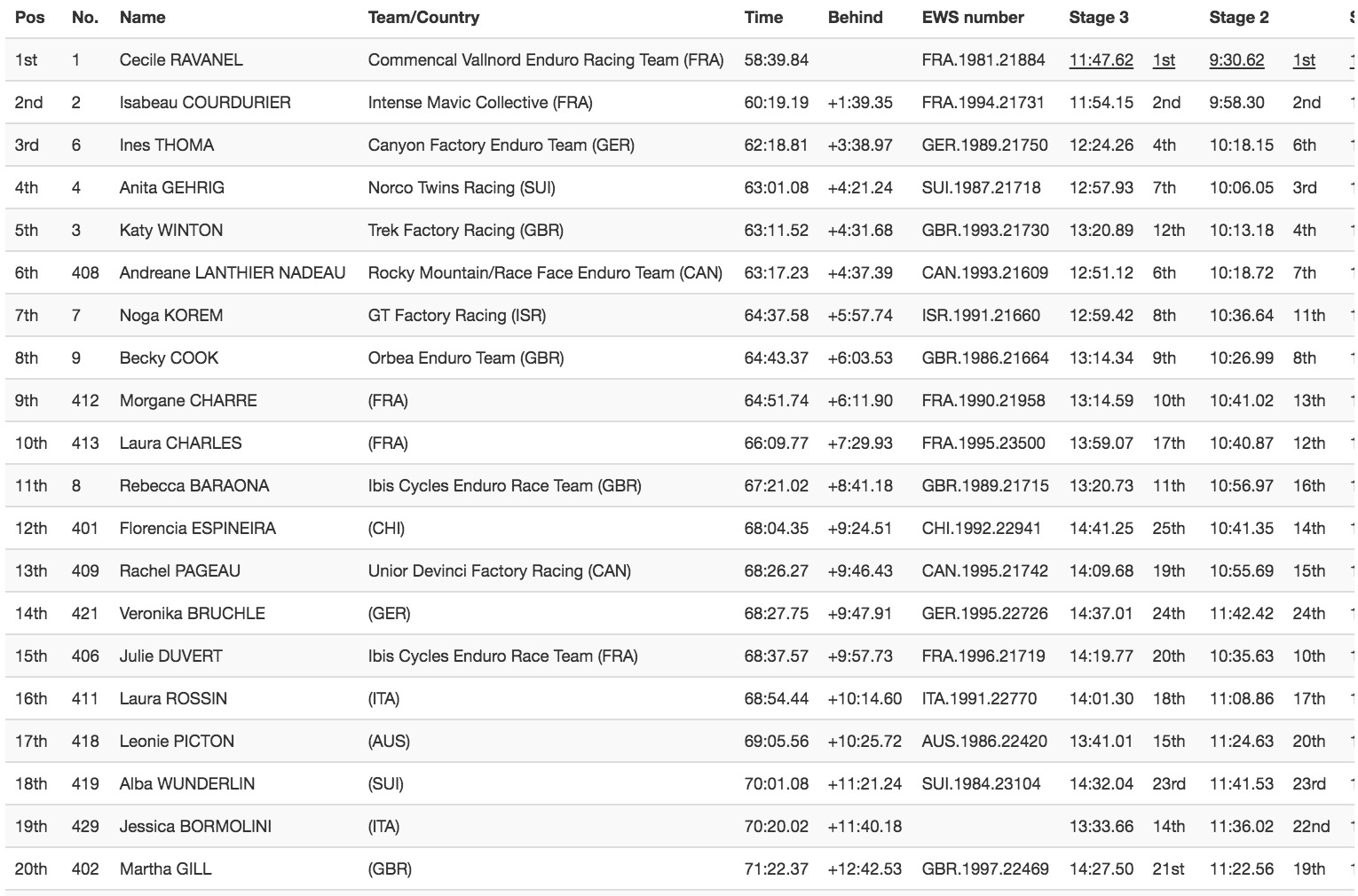 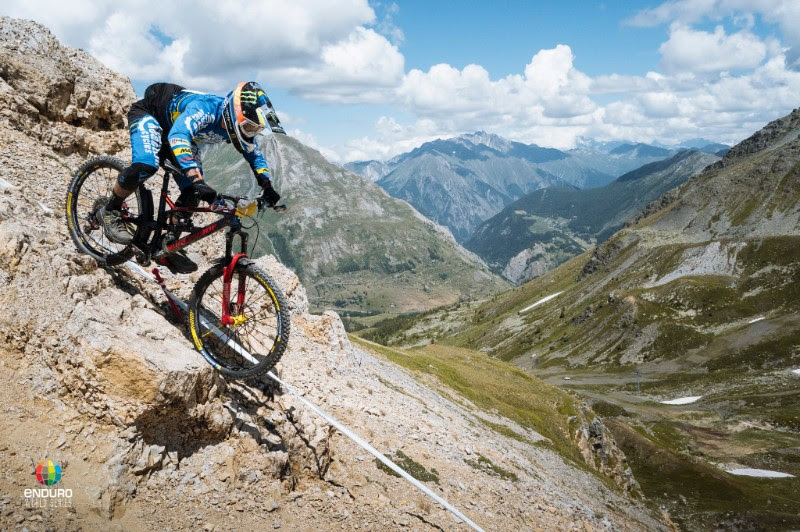 In the U21 Men Elliot Heap (Chain Reaction Cycles Mavic) finished day one in the lead, but a rear puncture on stage four cost him time and he placed second behind Theotim Trabac (Commencal Vallnord Enduro Racing Team). Cole Lucas (Cube Action Team) rounded out the podium in third place. Ella Conolly made it five out of five wins in the U21 Women, with Leah Maunsell in second and Chloe Taylor in third.
Florian Golay won Master Men, forcing reigning champion Karim Amour back into second place, with Bruno Zanchi in third. Daniela Michel won Master Women, Mary Mcconneloug took second and Kristien Nelen took third.

Commencal Vallnord Enduro Racing were Team of the Day, but it’s Canyon Factory Enduro who lead the Team Competition heading into round six.

The series returns next month, when riders will line up to drop into Whistler’s hallowed trails for the CamelBak Canadian Open Enduro presented by Specialized on August 12th.