It was yet another incredible race in Leogang, the third stage of the 2018 season of UCI DH World Cup. A track that’s now dry and dusty, with steep sections littered with bomb holes, it is technical at times, but mainly full of long stretches of fast rhythm sections and jumps on which riders had to try to stay as low as possible to keep speed. The competition was very intense and the race pace was high and tight, with tight times and exciting twists.

The striking victory of Amaury Pierron, his second win after Fort William, demonstrates his extraordinary state of form and concentration, showing he’s here to stay. 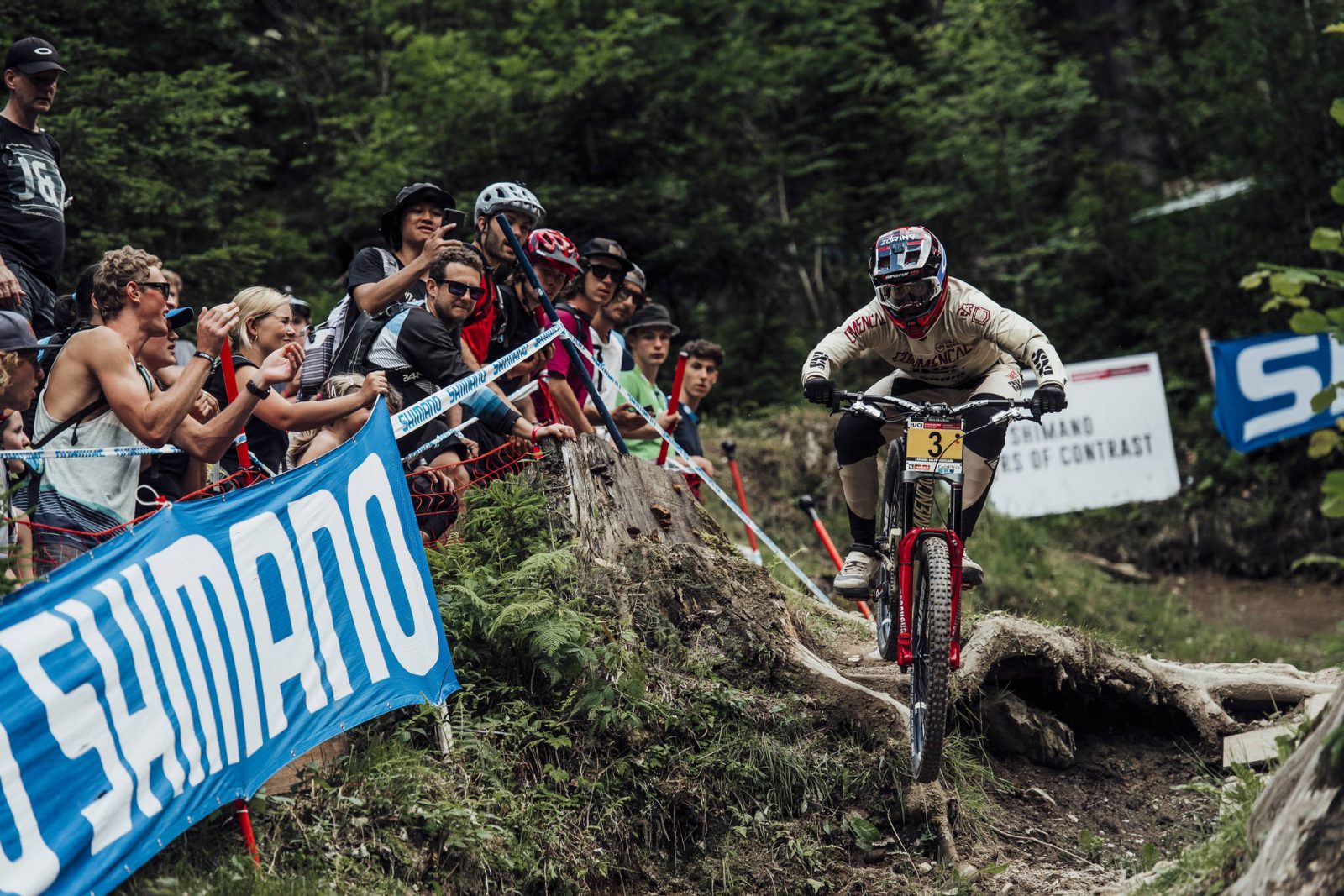 With two victories in a row, Pierron definitively abandoned his place as an outsider and took on the role of the circuit leader while rightfully become the favorite rider of this season. 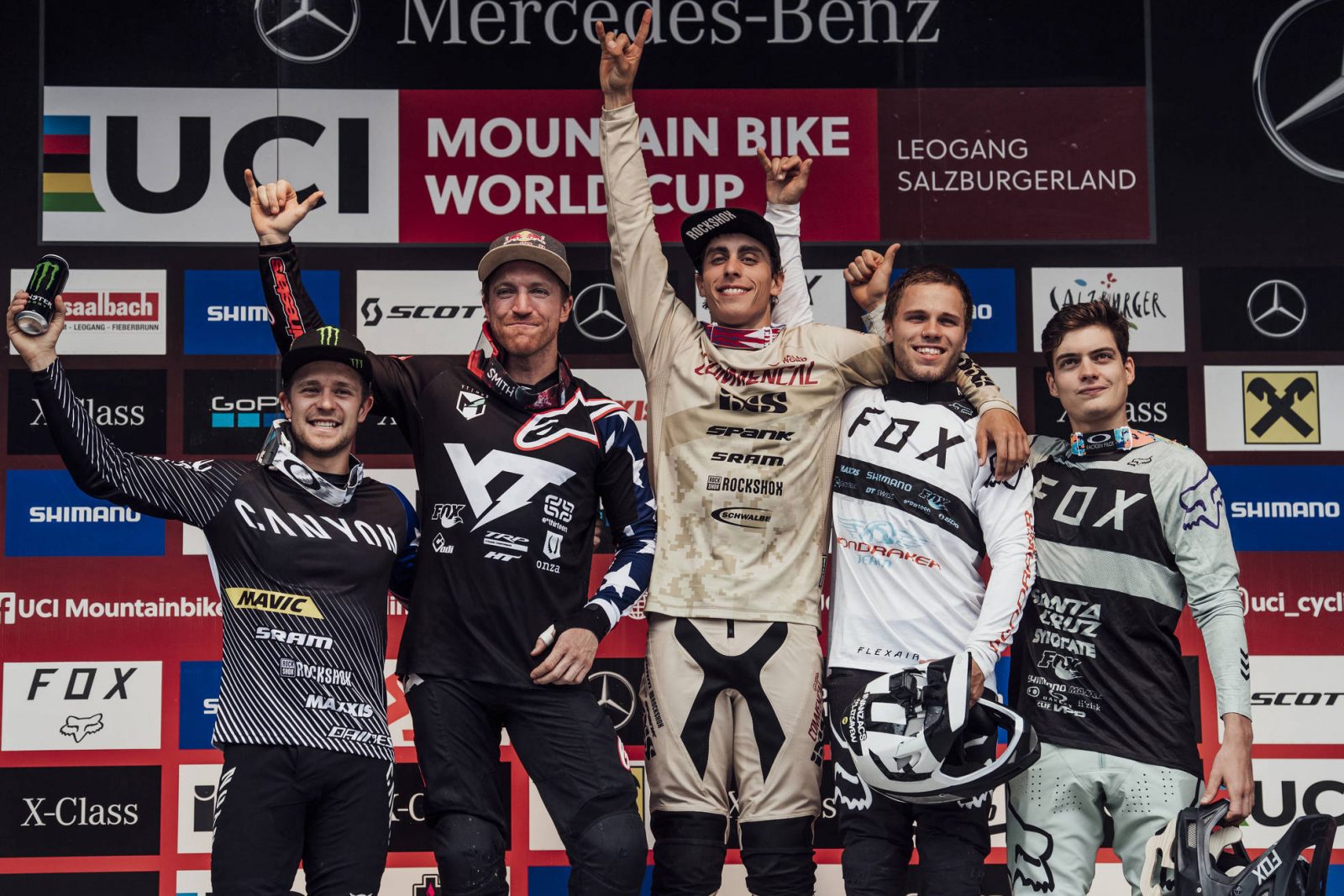 Pierron upset Aaron Gwin from the hot seat where he sat, relatively undisturbed, for quite some time. Gwin ran a good run despite a problem with the thumb of his left hand after dragging it in his crash in Fort William. 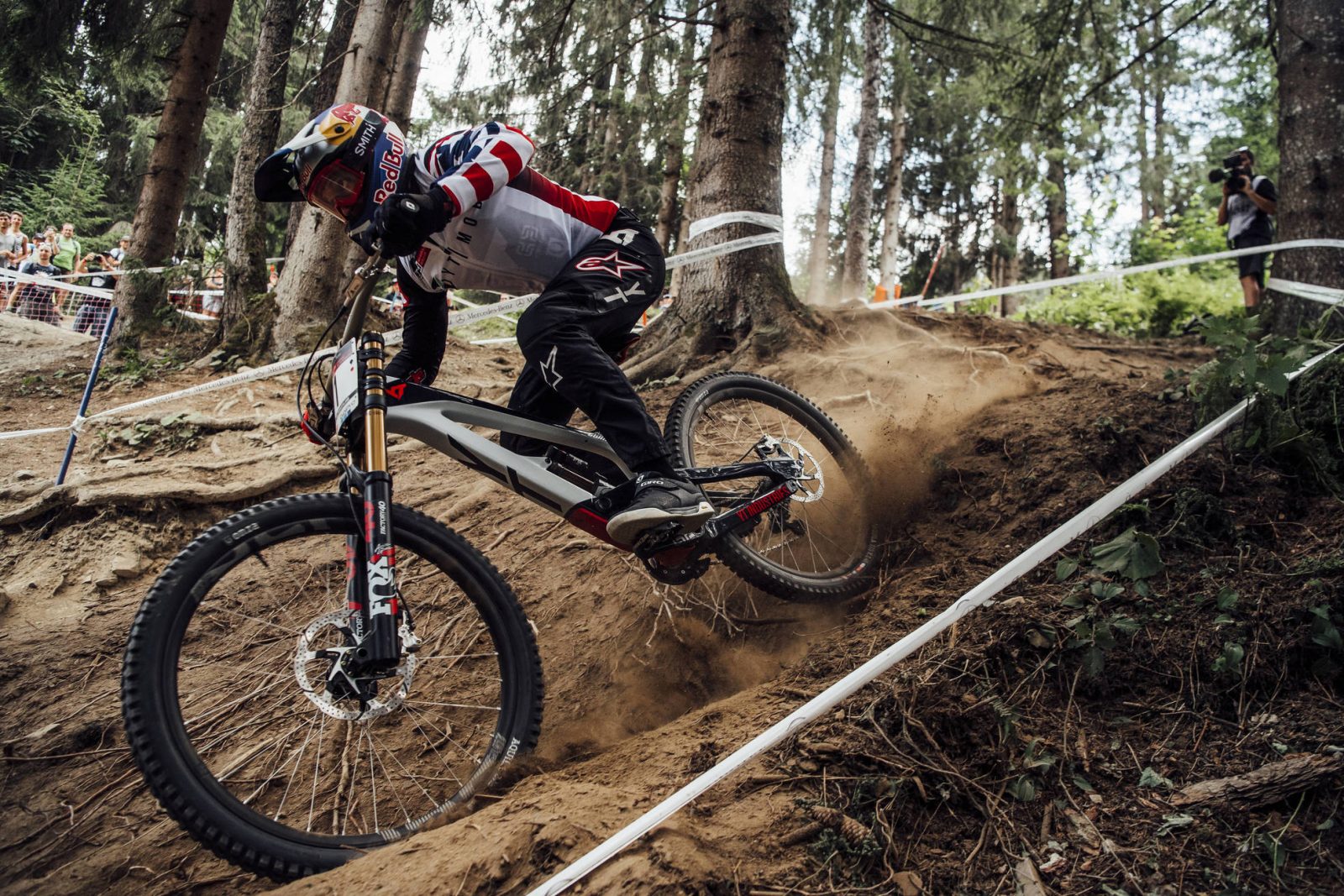 Loris Vergier, who finished second in the last two years behind Gwin, failed to get his revenge on the American, finishing in fifth position, rather disappointed. 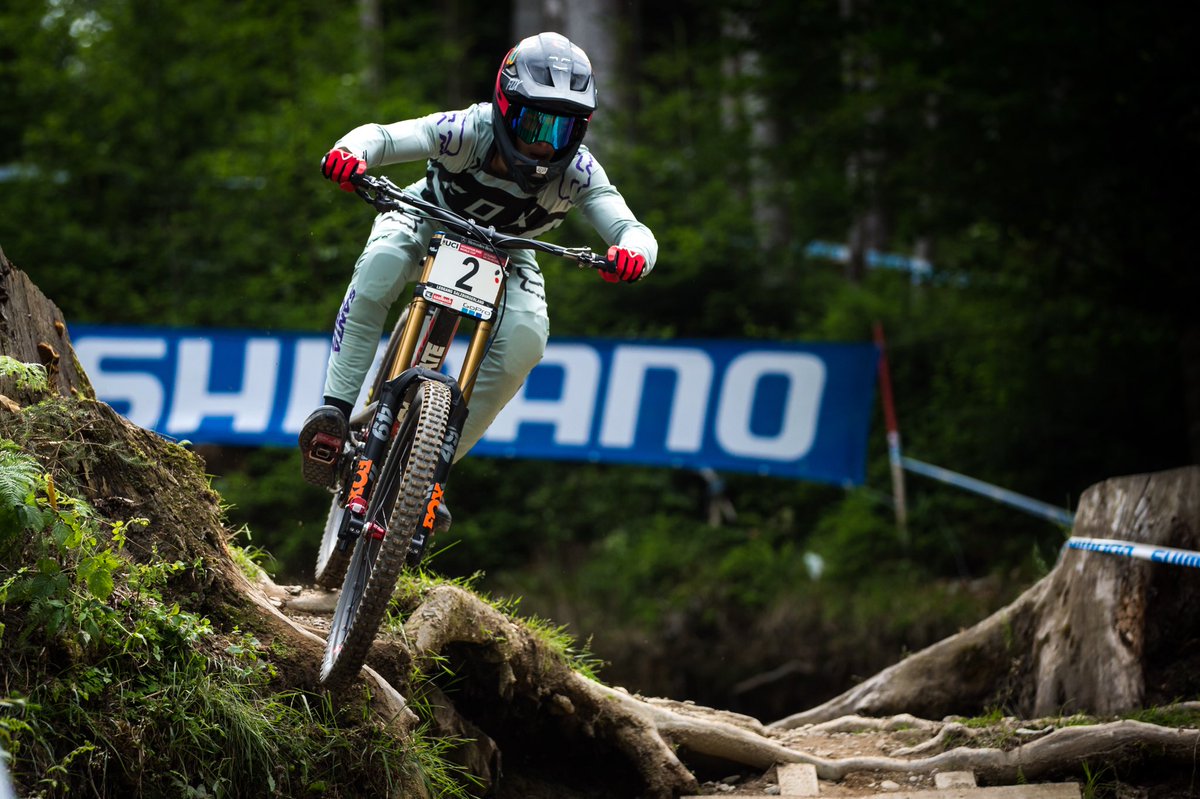 His team-mate Luca Shaw, winner of yesterday’s qualifying heats, crashed while he was ahead of Gwin, then dropping from 2nd place to 42nd place. The top step of the women’s podium went to Rachel Atherton despite a bobble over the weekend. 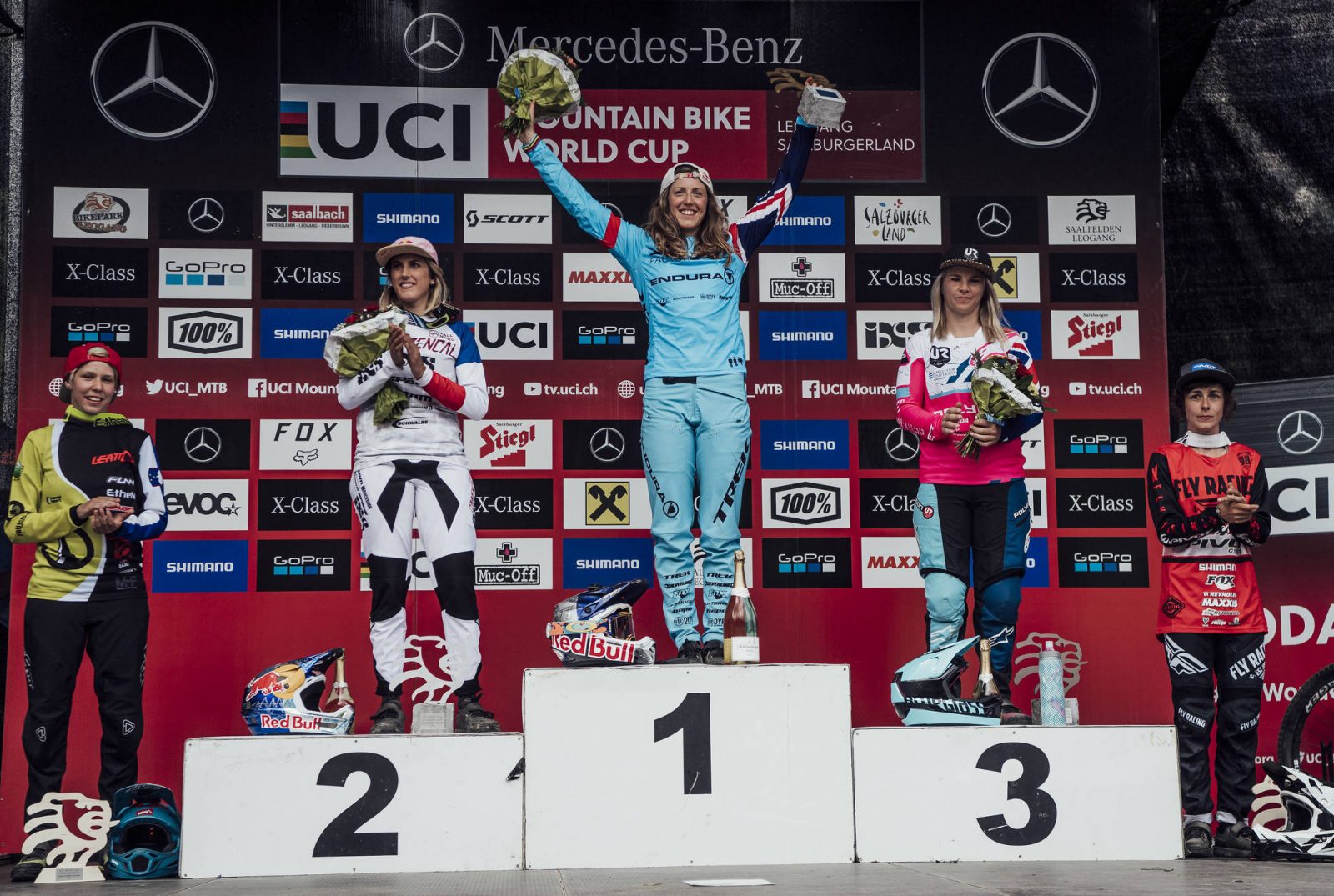 The British champion had a steady and error-free race, surely determined to balance things out after her misfortune in Fort William and with her crash in yesterday’s qualifier.

Points leader Myriam Nicole was the only one of the women to run an inside line on one of the most technical points, which allowed her to take the lead on Atherton in the third split, but a crash cost her a loss of well over a second and she slipped to second position. However, Myriam still retains the overall leadership. 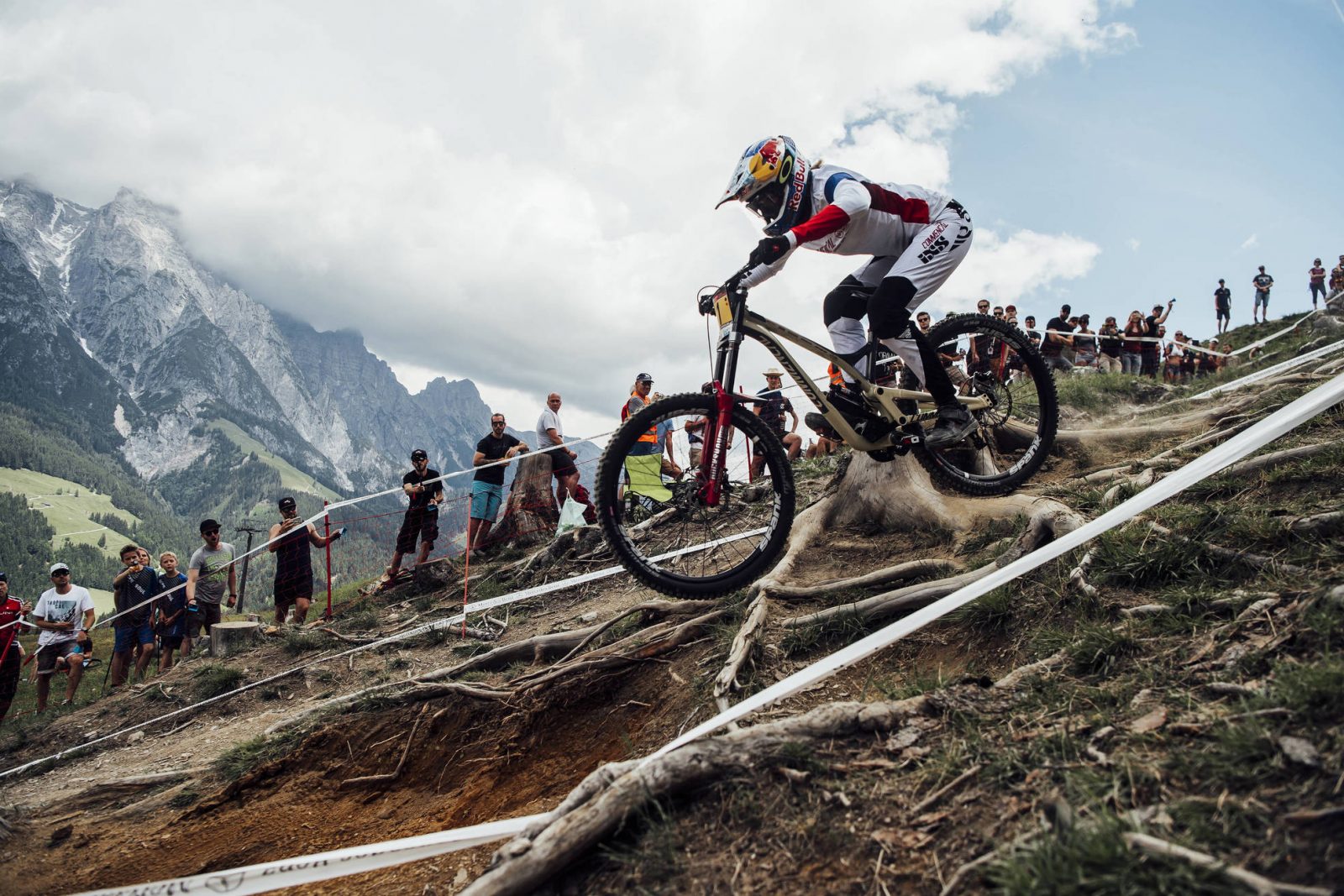 Thanée Seagrave, winner of Fort William and of the last season’s race in Leogang, could not repeat the result. After a run that put her in third place, she was disqualified for being off the track. An extremely strange ruling by the race judges considering that it was an error that cost her time, rather than benefitted her… and unfortunately for Seagraves, this decision also cost her precious points for the overall. In the men’s Junior category, Kye A’Hern once again climbed to the top step of the podium, earning the best time by only 5 hundredths faster than the winner of the qualifying heats, Thibaut Daprela, who finished second. Henry Kerr landed in third place, ahead of fellow countrymen Kade Edwards and Jamie Edmondson. 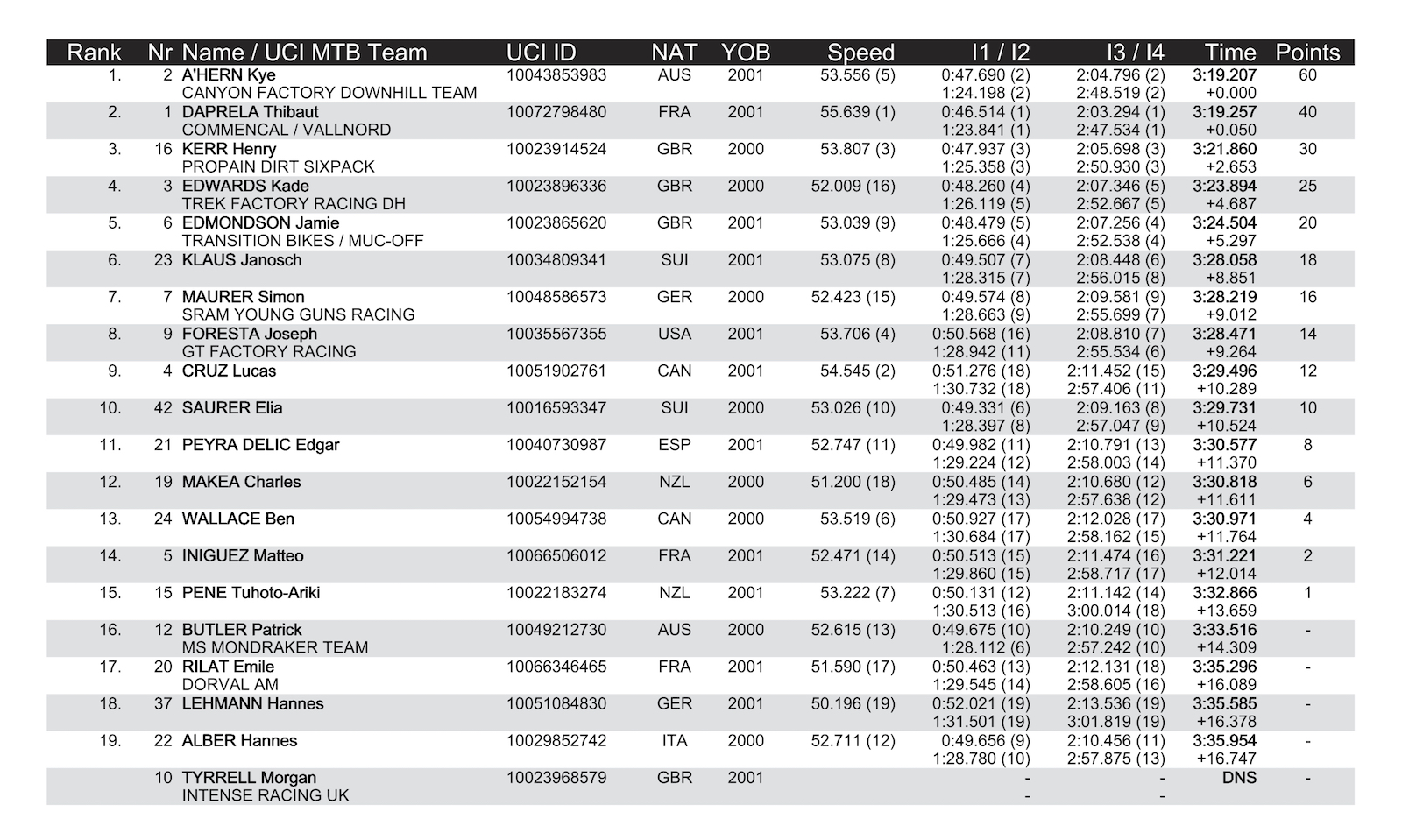 No news in the Junior Women category where Valentina Höll has once again set an unbeatable time for her category challengers with a time that would put her in fair standing in the elite category. 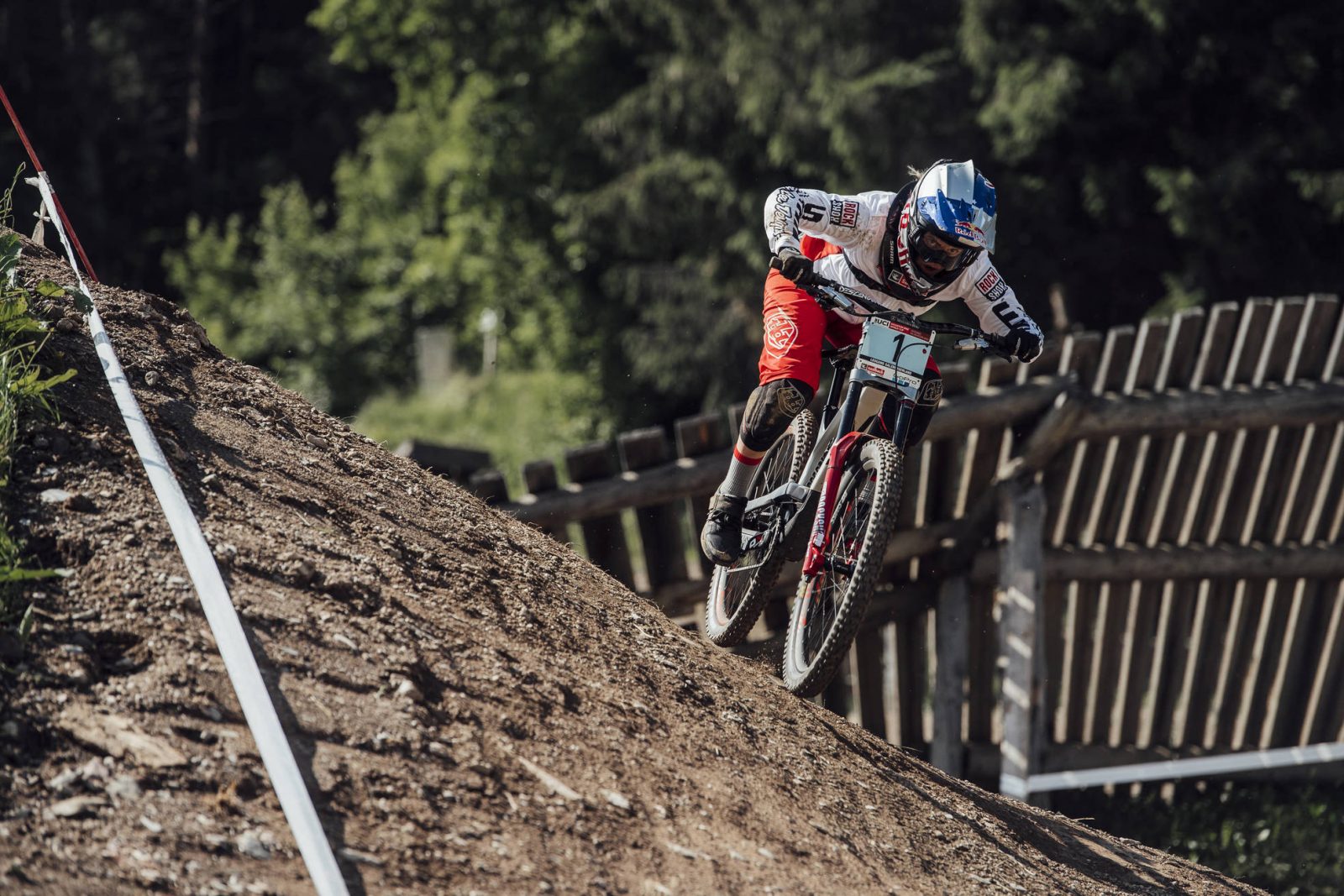 [Video] THE JOURNEY: A BC Bike Race Film