The third round of the UCI DH World Cup 2018 kicks off with tight times, on difficult terrain due to the rains of recent days, where Luca Shaw has set the fastest time, taking first place and grabbing some useful points for the overall. 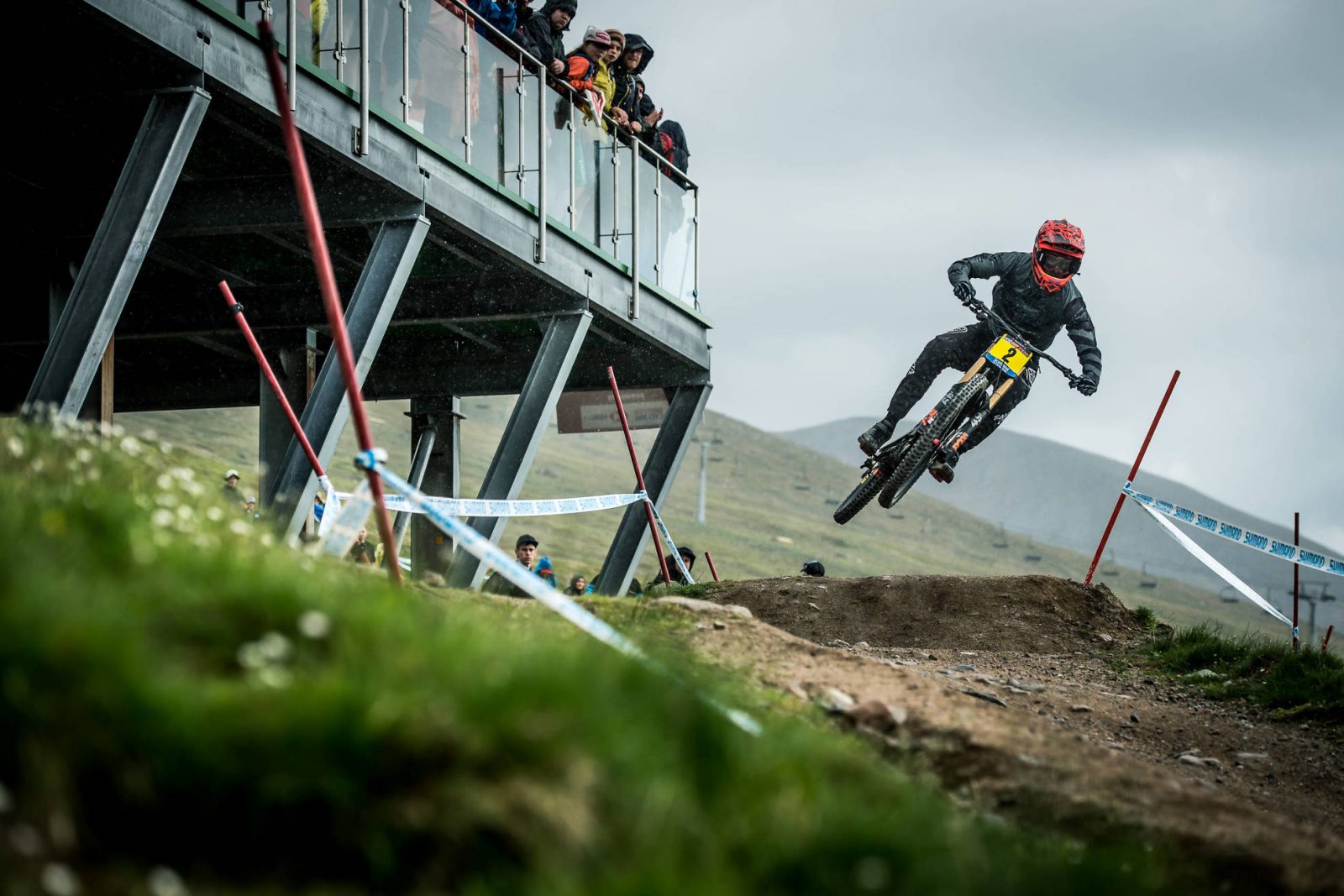 Just six weeks after breaking his collarbone in Croatia, Brook MacDonald, was just over 1/10th of a second behind Shaw, which is incredibly impressive. Third place goes to Amaury Pierron who won last weekend’s race at Fort William although widely considered an outsider. Fourth place for world champion Loic Bruni followed in fifth position by his fellow countryman, Loris Vergier. 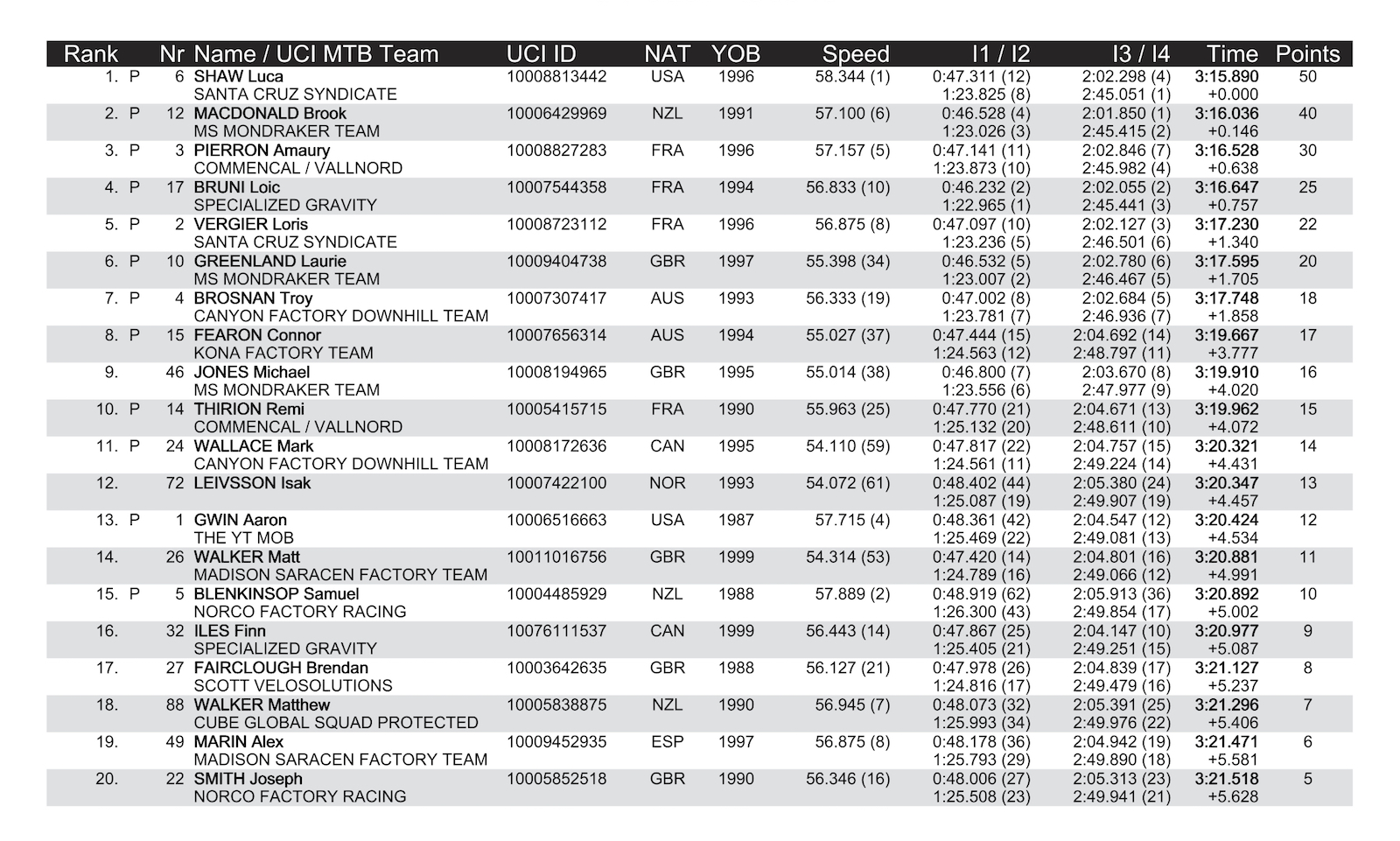 In the women’s field is Tahnée Seagrave qualified with the best time, despite a deep cut in her stomach yesterday in a bad fall during the timed training. The Brit overtook Tracey Hannah by over 3 seconds. Emilie Siegenthaler concluded in third position while Myriam Nicole and Rachel Atherton, due to a fall finish respectively at the 5th and 16th place. 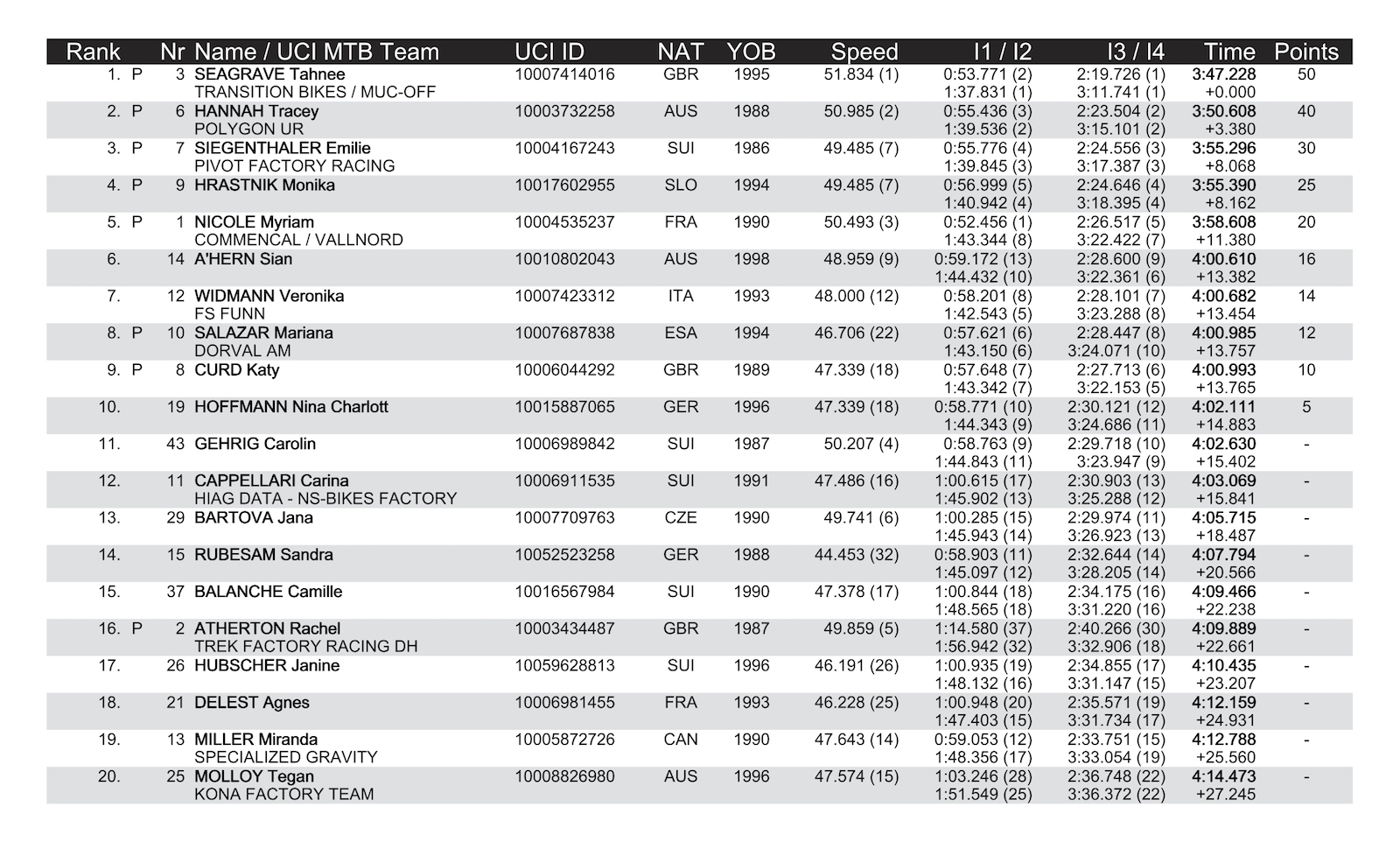 Thibaut Daprela is the leader of the men’s Juniors, followed by Kye A’Herne and Kade Edwards. 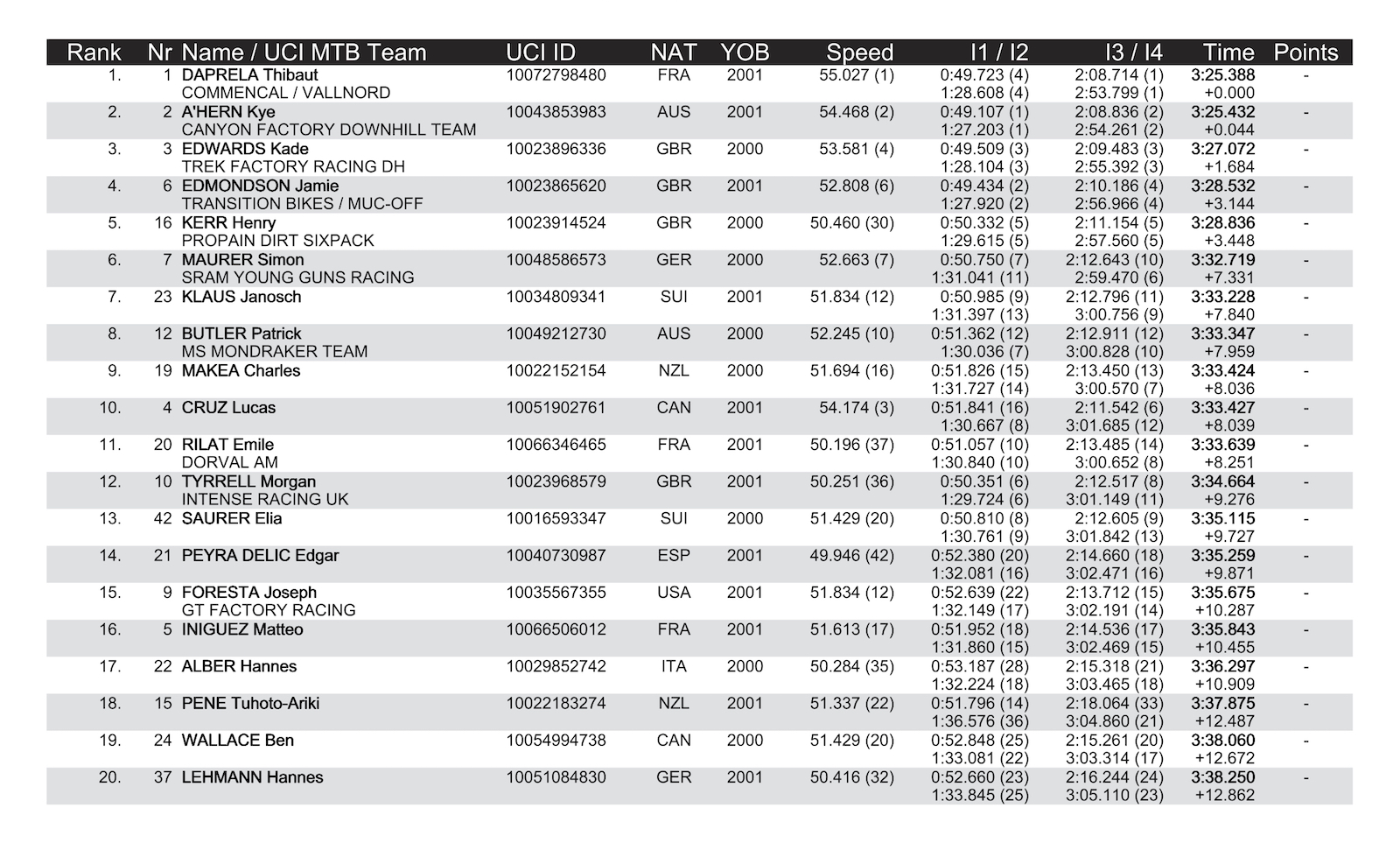 In the women’s Junior category, Valentina Höll dominated again and in Leogang scored a time that would have earned her a podium position in the women’s Elite category.

Tomorrow finals will be live streaming on Red Bull TV