After his big win in Vallnord, we all wondered how Gerhard Kerschbaumer would manage in Canada. He made a hell of an effort, but in the end, he would succumb to Flüeckiger. During the third lap, Nino Schurter broke his chain again. “Again” because a few weeks ago he had the same inconvenience during the Swiss championships, which prevented him from defending the red-shirt jersey. Fortunately for him it was not too far from the tech zone, where the mechanics were waiting for him with a new chain in hand. However, he lost some time, having to push the bike on the climbs. This created a quartet composed of, the Italian, Flückiger, Carod and Cooper, with about a minute and a half ahead of Nino. On the sixth lap Flükiger began to push hard on the downhills, putting pressure on his opponents. And here is where it got hectic: Kerschbaumer fell, badly bumping shoulder and landing face down. It took time to recover and get up again…time that Flükinger and Cooper use to ward off what would be the first victory of a world cup race for one of the two. And that is how they begin to fight each other in a rather unprecedented show, given that in recent years it was always Schurter on the attacks going for the victory. Meanwhile, however, Kerschbaumer began to push again, reaching deep and overtaking Carod in third place, despite bleeding knees and who knows what other various pains. 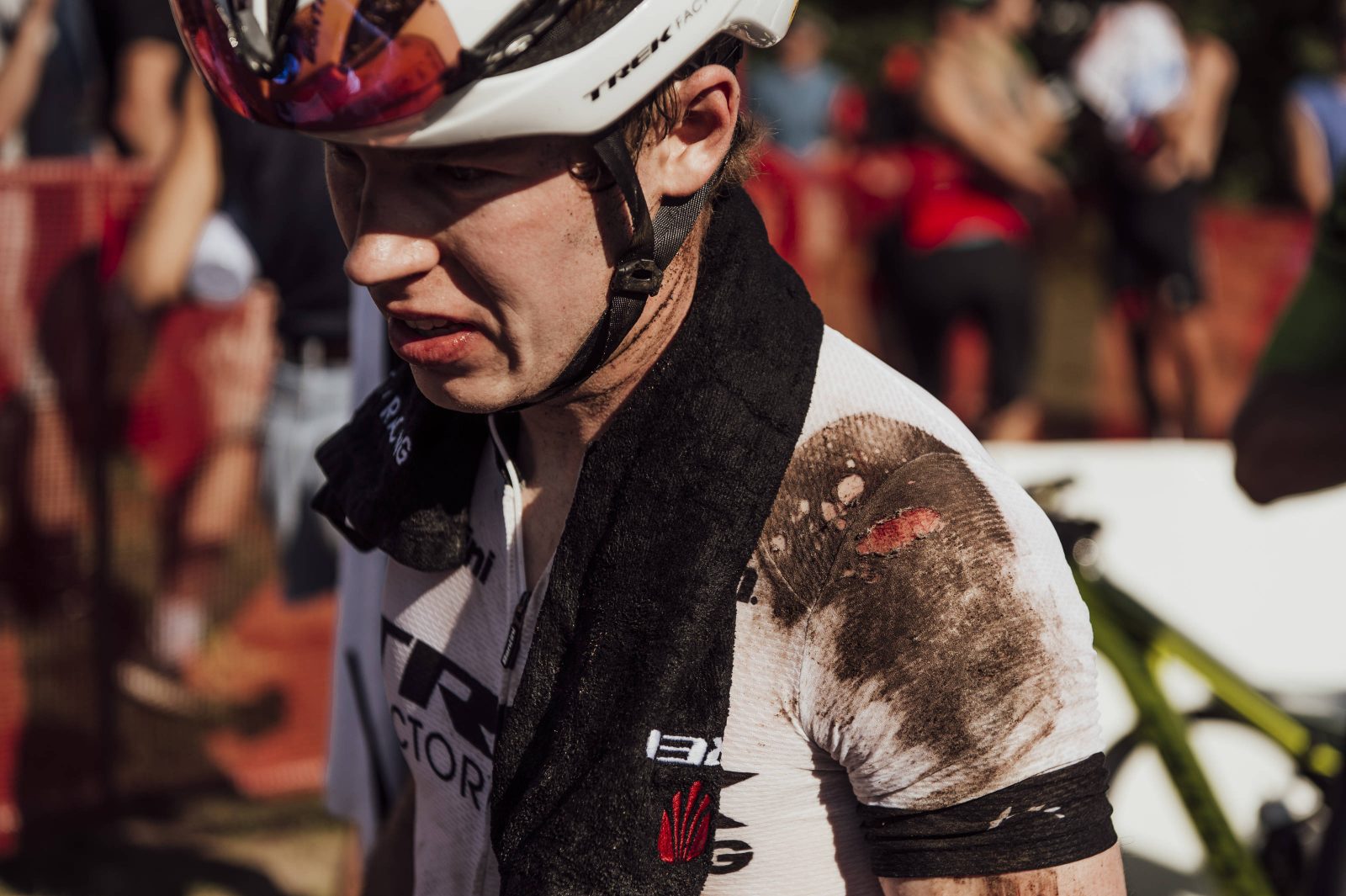 It was then Cooper’s turn to crash on the brutal track, with bikes constantly rolling down the mountain. And here, Kerschbaumer grabbed the opportunity and took the second position, but Flükiger had a sufficient advantage to take him to his first career victory in a world cup race. 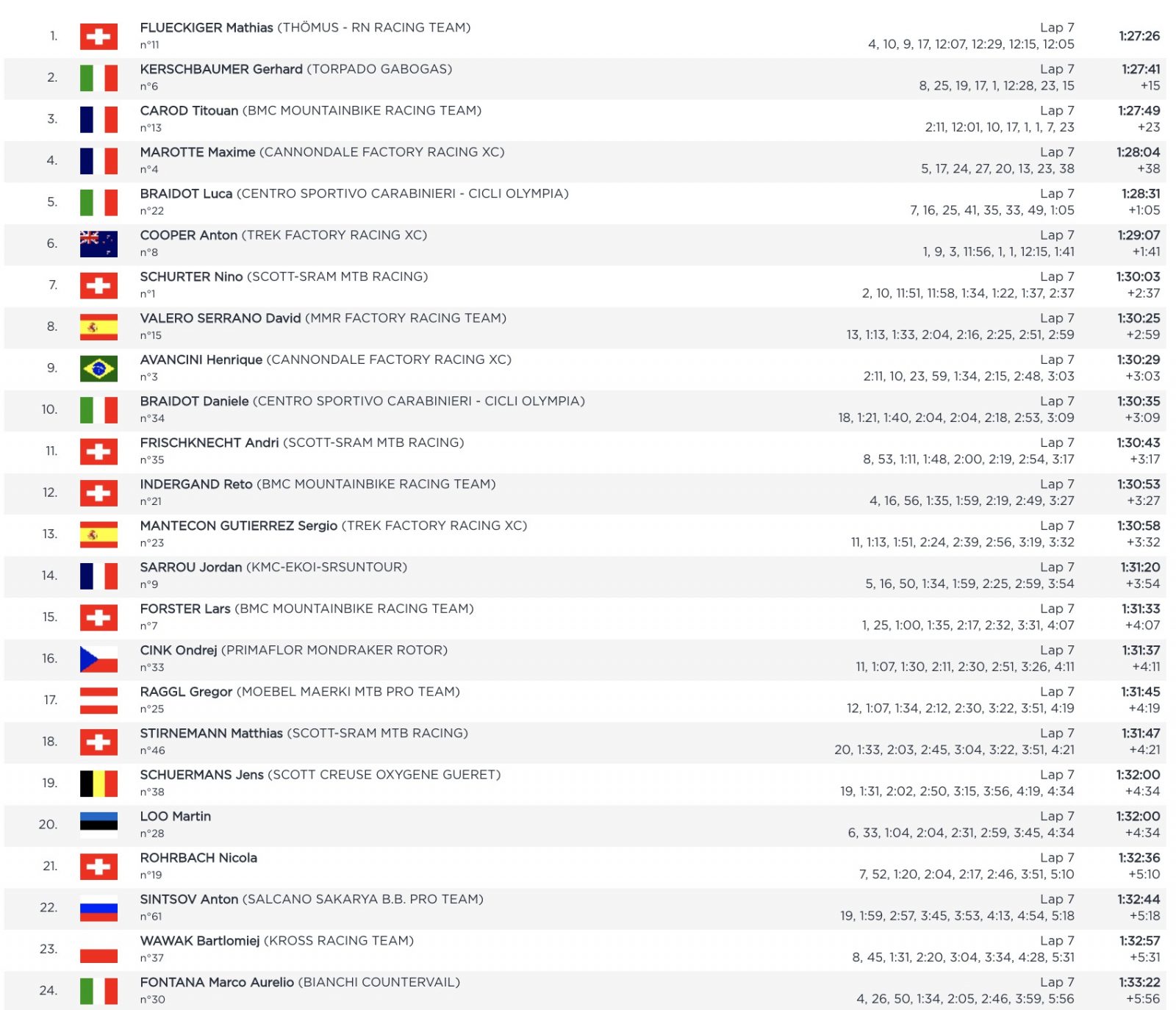 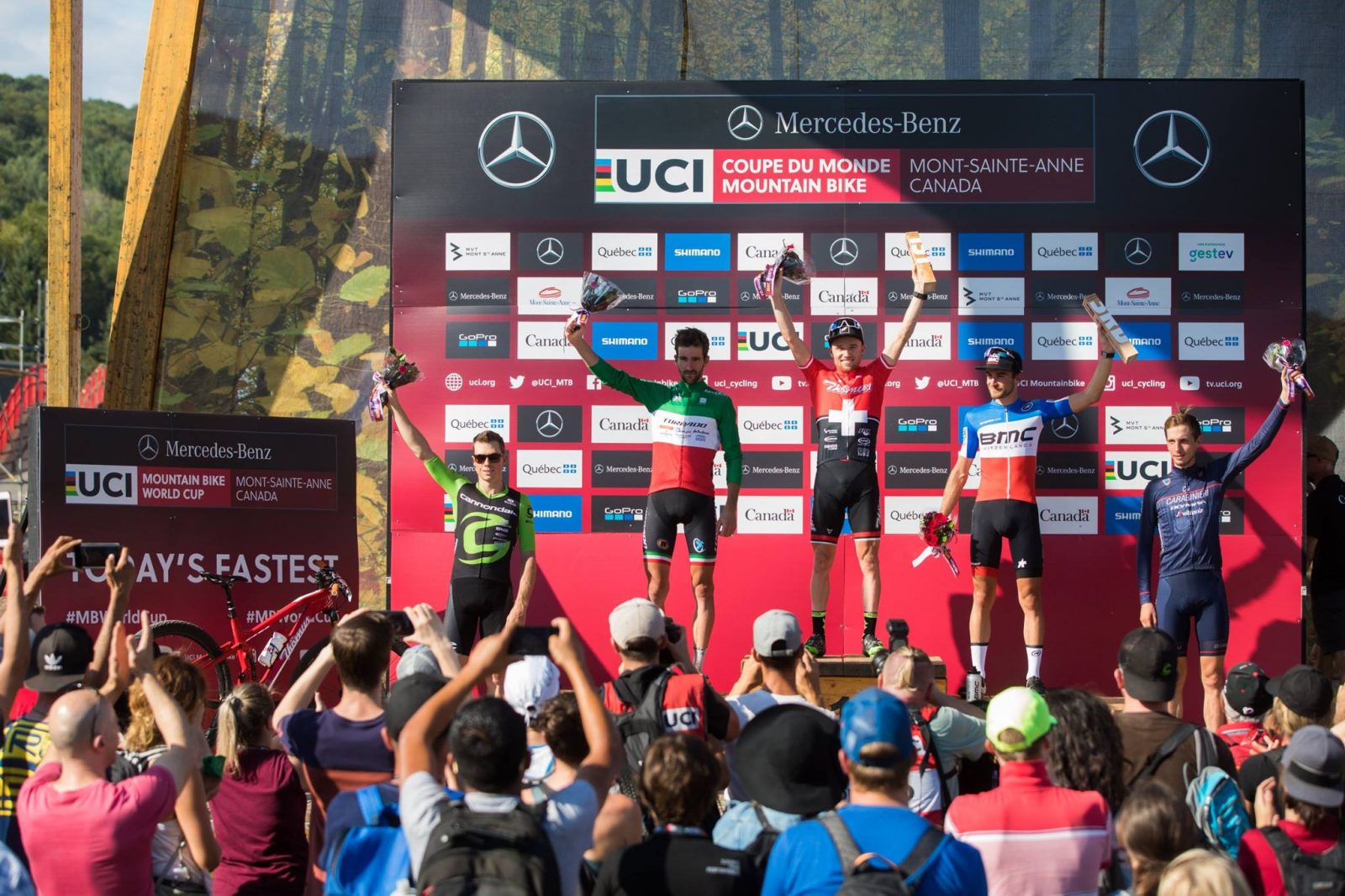 At the end of the day, Schurter took home the 2018 World Cup Overall, despite a puncture just before the finish, which put him back seventh position. Bad luck for him today, but he’s still the champ.

The women’s field saw absolute domination by Jonalda Neff that, just 5 days after her victory at European Championships in Scotland, repeats a superb performance on the other side of the Atlantic, beating Langvad by over a minute. Third place went to the darling of the Canadian public, Emily Batty, on home turf  fared quite well on the difficult track of MSA. 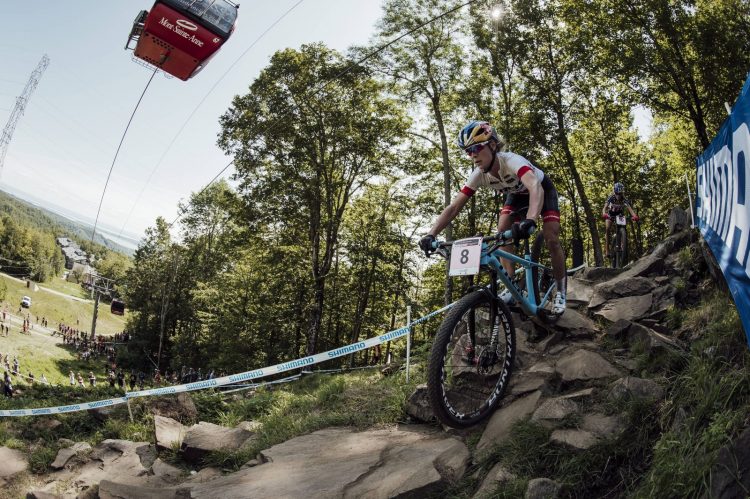 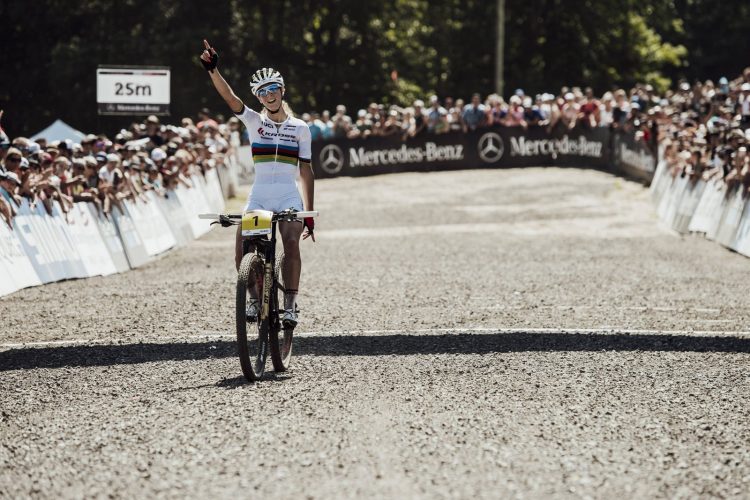