The seventh round of the UCI DH World Cup in Lenzerheide, Switzerland, saw the continuing battle between the two top French riders Amaury Pierron and Loïc Bruni for the leadership of the overall standings in this exciting 2019 season. The sun came out to dry the ground after a morning of rain and fog, making the Swiss track fast and spectacular but still extremely challenging with some areas still running very slippery. Amaury Pierron with a devastatingly aggressive and incredibly fast run, won the race with his fellow countryman Bruni in third, garnering important points for the overall. 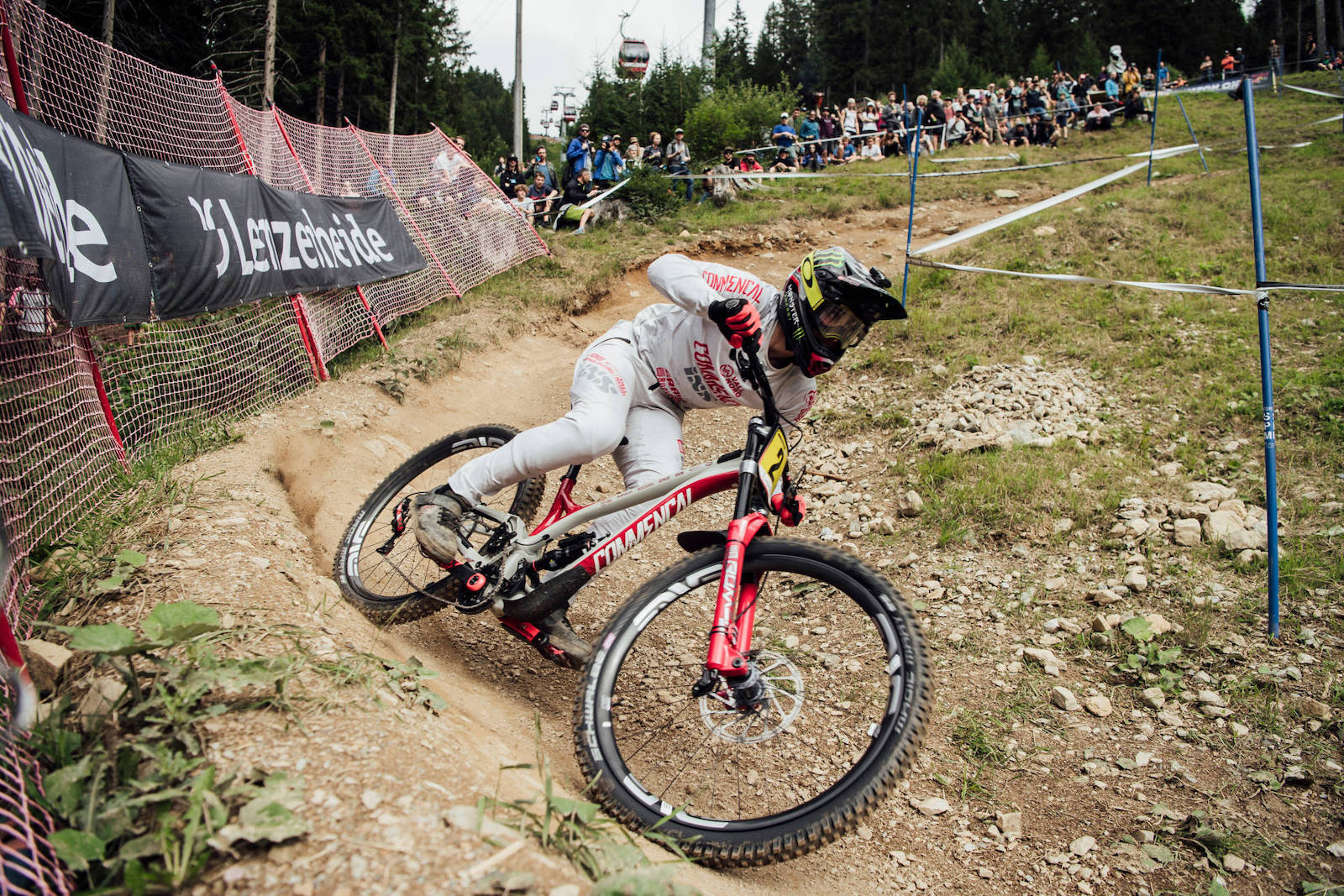 An incredible second place for Greg Minnaar who had worried Pierron with a spectacular descent – clean and fast as only the South African can do. 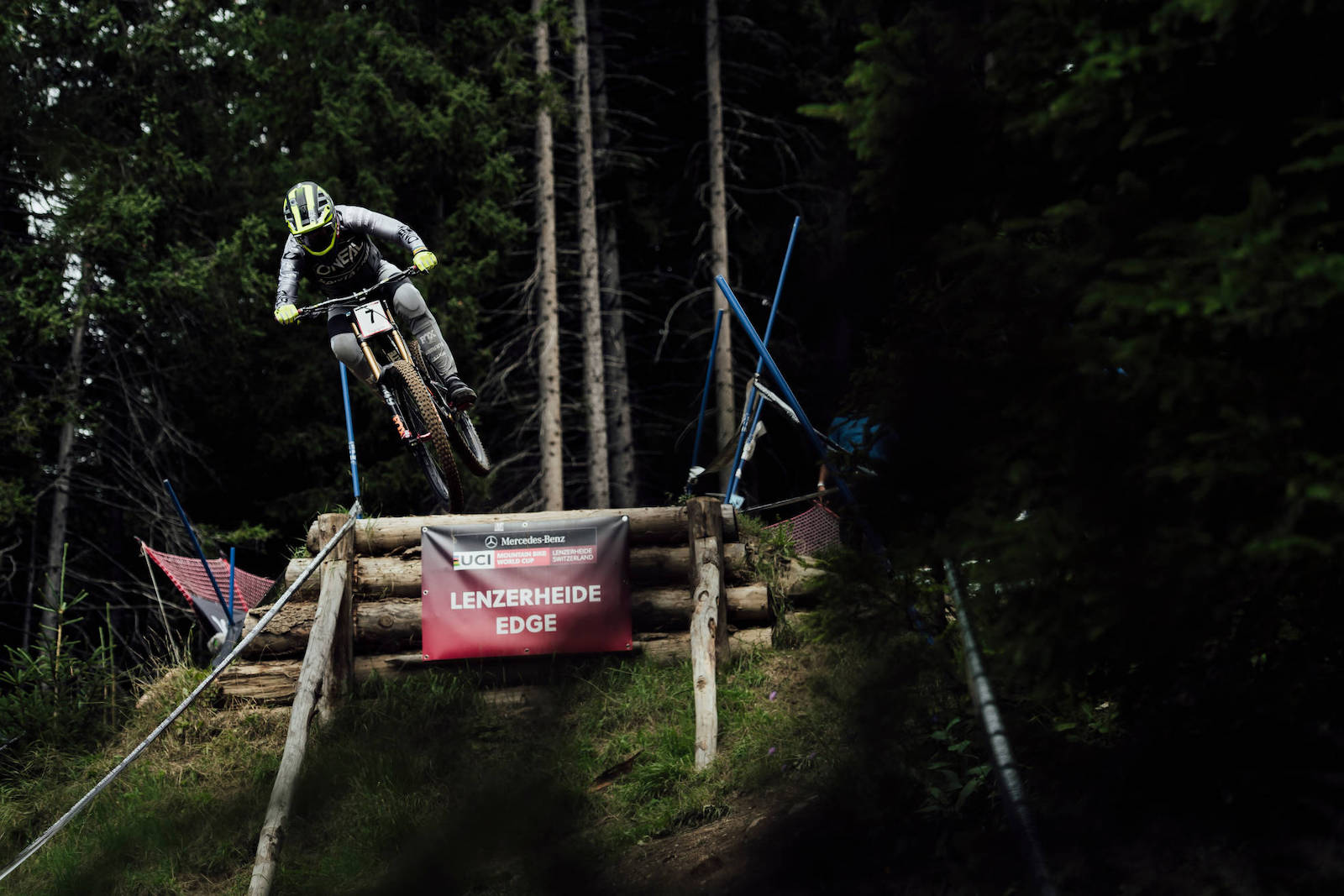 Loïc Bruni must therefore settle for third place despite a solid and precise run, apart from a small slip in a corner. The world champ puts his leadership in the circuit back into play thus diminishing his advantage to just 90 points. Troy Brosnan, definitely the most consistent rider on the circuit, finished in fourth place, remaining in third place overall. Danny Hart, after scoring the best time in yesterday’s qualifier, landed in fifth place. Sixth place for the winner of the last round in Val di Sole, Laurie Greenland. Despite having some decent results in qualifying, unfortunately no Americans landed in the top 10 this round…

On a still very wet ground, with a lot of fog that limited visibility, the women’s race took place with the challenge between Marine Cabirou and Tracey Hannah, both still in the running for the overall circuit victory. 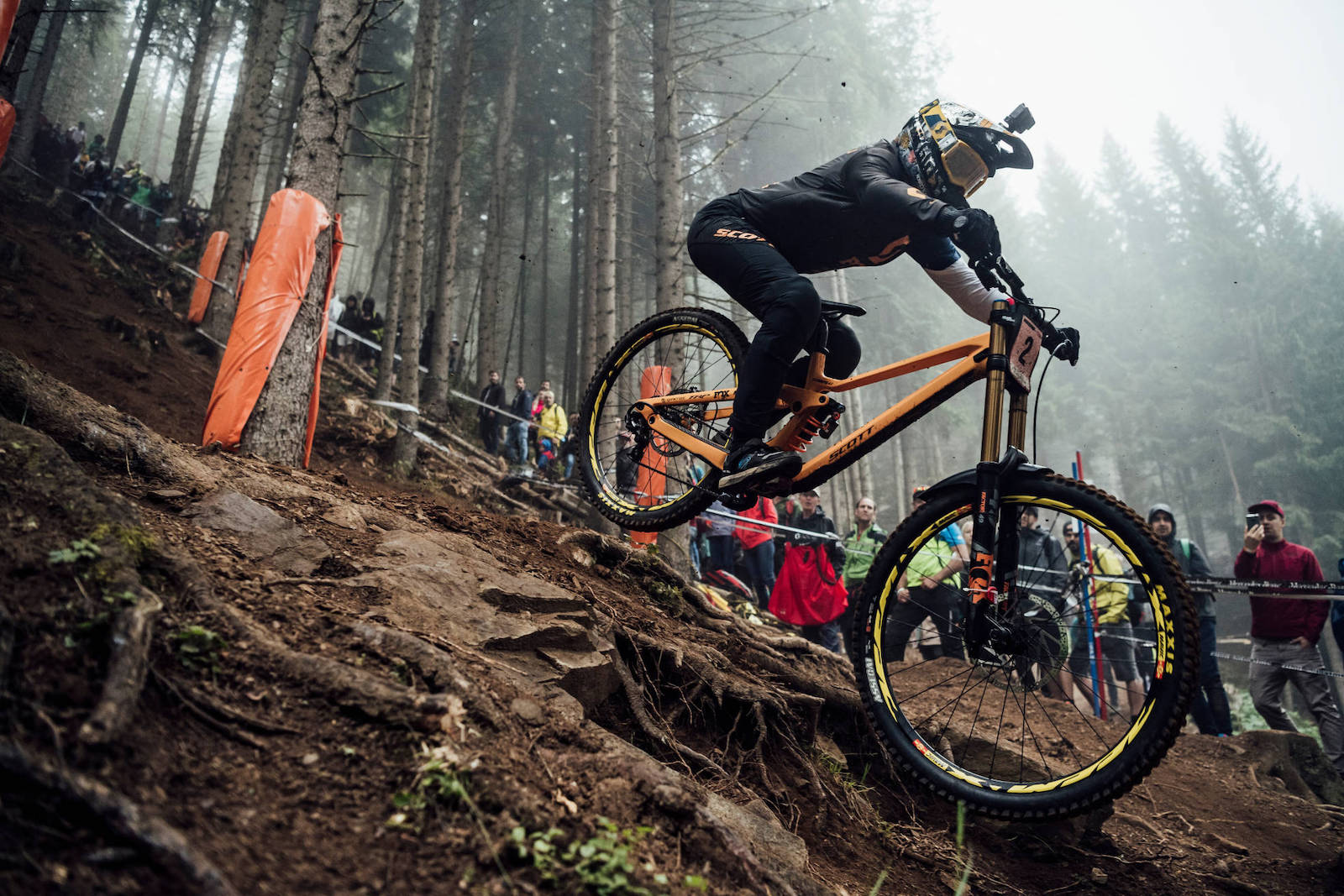 Tracey chased her down at just 26 hundredths behind but still remains at the top of the overall gaining 150 points. 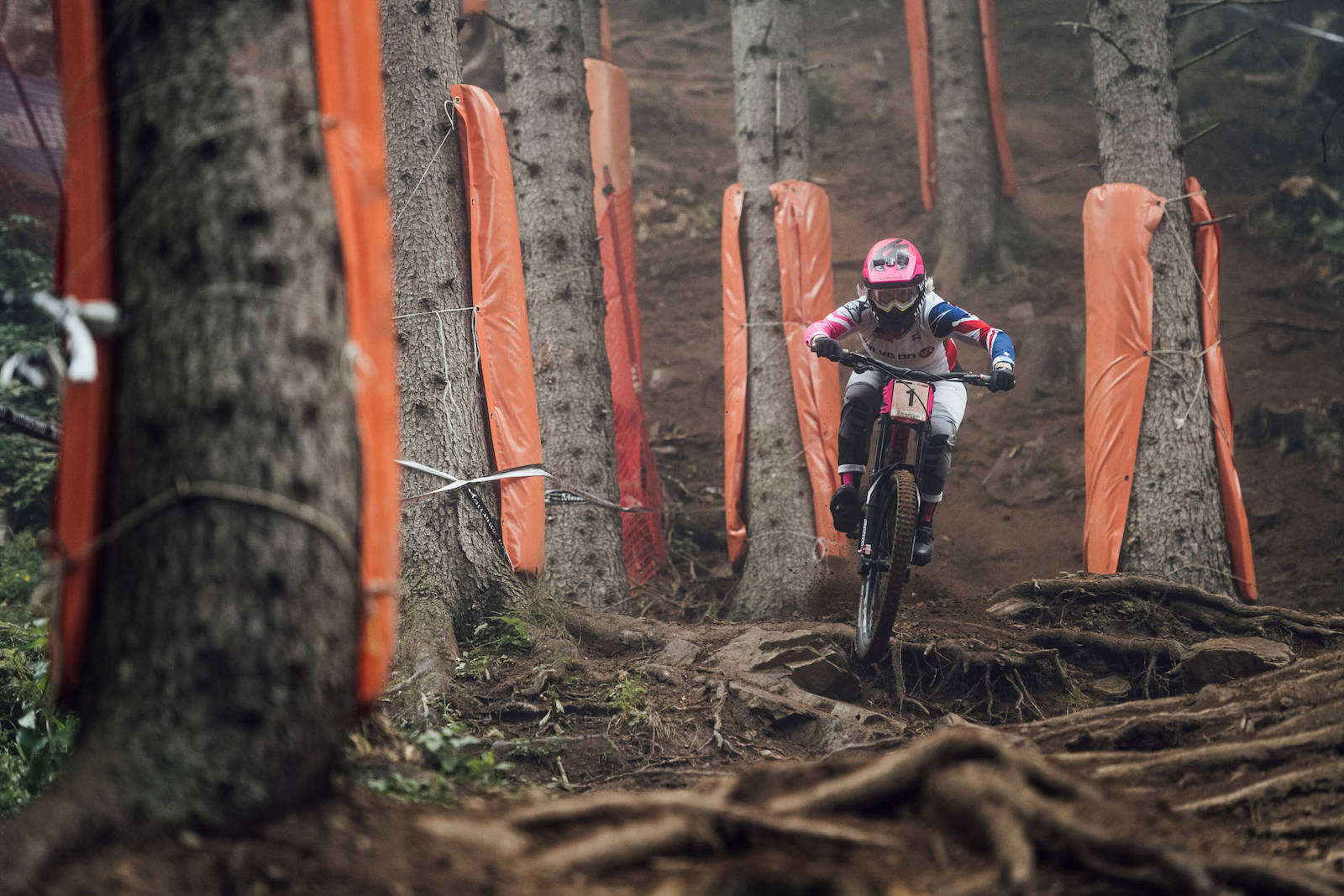 Third position for Emilie Siegenthaler in her home race followed by Kate Weatherly and Camille Balanche. In the Junior categories, the season leader Thibaut Daprela finished in 16th place while retaining his first place position in the overall. Seth Sherlock won, followed by Janosch Klaus and Tuhoto-Ariki Pene. After the second place in Val di Sole, Valentina Höll returned to the top step of the podium with a clear advantage over pursuers Nastasia Gimenez and Anna Newkirk.

The UCI DH World Cup will be back on track on September 7th and 8th in the new location of Snowshoe, West Virginia in the United States, for the final round of this exciting 2019 season.