The first round of the 2022 Enduro World Series (EWS) picked up exactly where it left off, on the iconic trails of the Tweed Valley in Scotland.

The extended off-season finally came to an end, when riders descended on the area’s famous hills to add to the valley’s already rich racing history. The Scottish fans turned out in force under blue skies, and their efforts were rewarded when two homegrown heroes made it onto the podium.

In the women’s race Isabeau Courdurier (Lapierre Zipp Collective) took the first stage win of the year on the Pro Stage, with Ella Conolly (Cannondale Mountain) just over one second behind her. Courdurier may have been the last woman to head down each of Sunday’s five stages, but it was Conolly who took control of the race. The Scotswoman put in an incredible performance to ride to her first EWS win on home soil to a more than appreciative crowd. Bex Baraona (Yeti/Fox Factory Race Team) now calls the Tweed Valley home, but local knowledge wasn’t enough to offer up a repeat of last year’s winning performance and she had to settle for second place. Courdurier’s consistency throughout the race rounded out the top three. Innes Graham served up the biggest shock in the men’s field, when he put down an incredible run to win Saturday’s Pro Stage. The local privateer hasn’t raced since 2016, but his comeback race saw him push Jesse Melamed (Rocky Mountain Race Face Enduro Team) and Sam Dale into third. 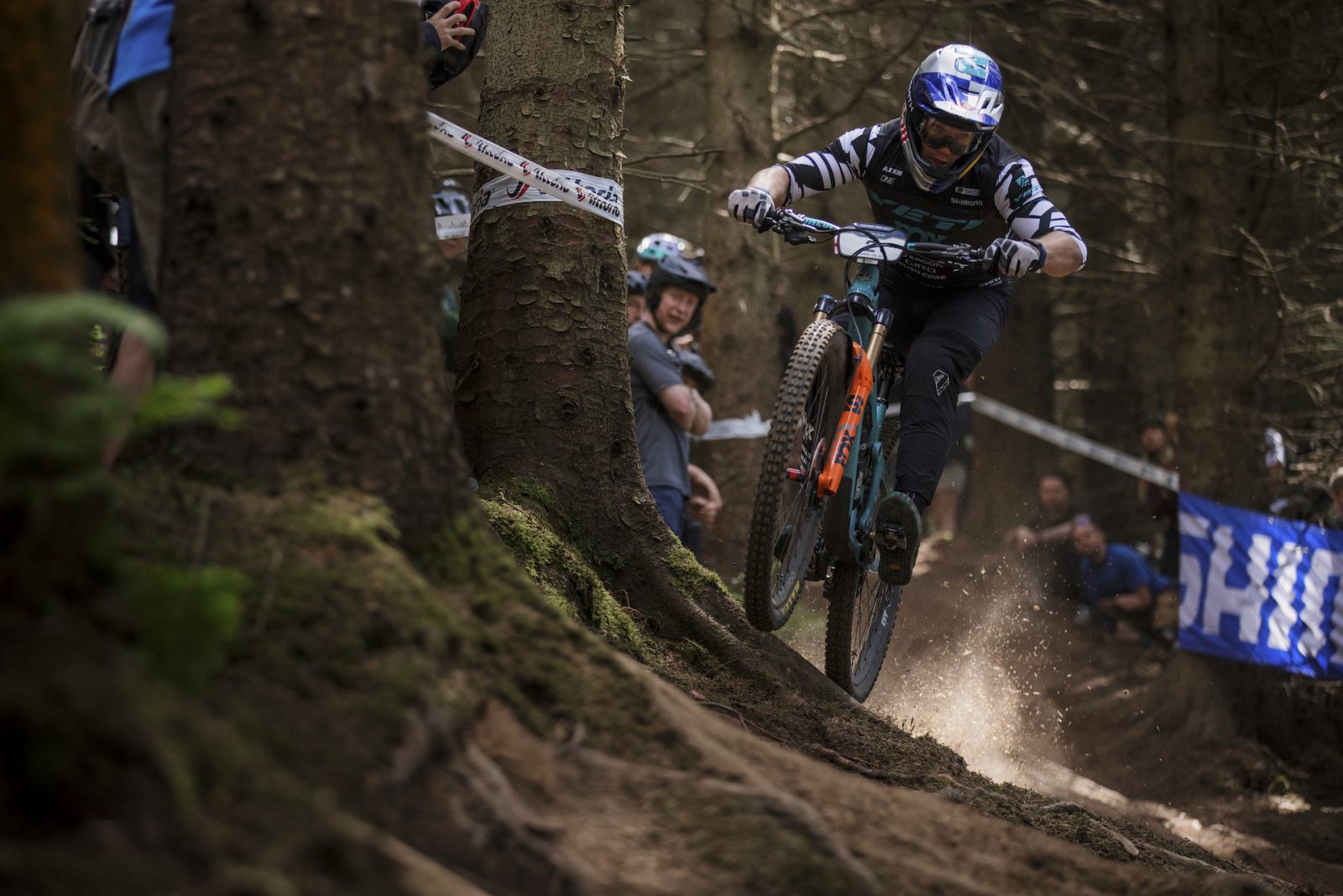 The first stage of Sunday, stage two, was cancelled for the pro men after a medical evacuation. Jesse Melamed took stage three, but it wasn’t enough to hold off Richie Rude (Yeti/Fox Factory Race Team), who had a score to settle with this venue after last year’s disqualification. He more than wiped the slate clean when he dropped into the finish bowl with a commanding five second lead that secured him the round one win. Melamed took second, whilst Graham finished on the third step of the podium to a hero’s welcome. 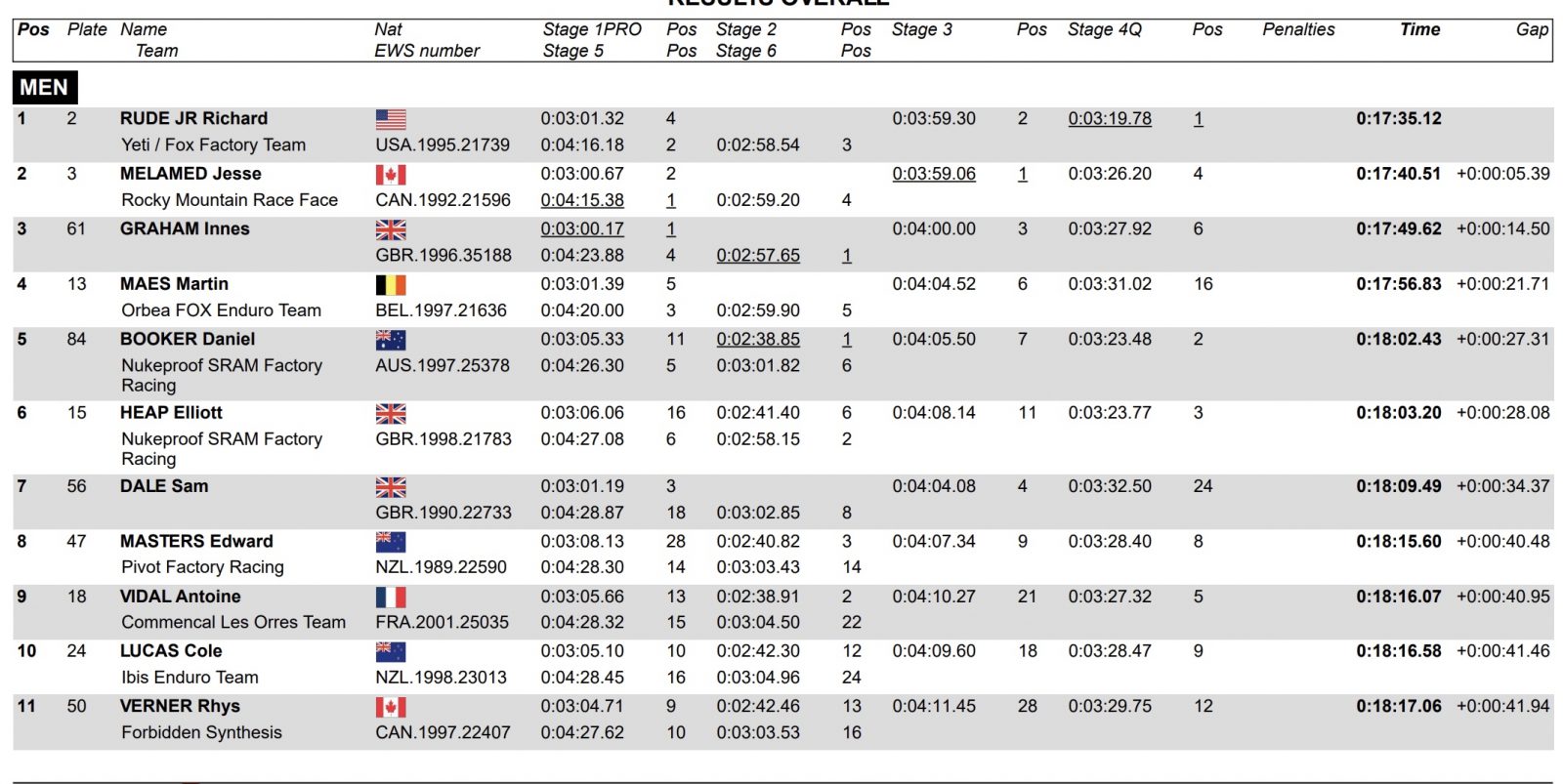 It was an all British affair in Master Men, with Ian Austermhule securing the win, local rider Garry Forrest in second and Sean Robson in third. Tracy Moseley’s win in the Master Women was all the more impressive given she’d also been on the podium in the EWS-E race just two days before. Louise Paulin (Ibis Cycles Enduro Race Team) came second and Sandra Thomsen third. 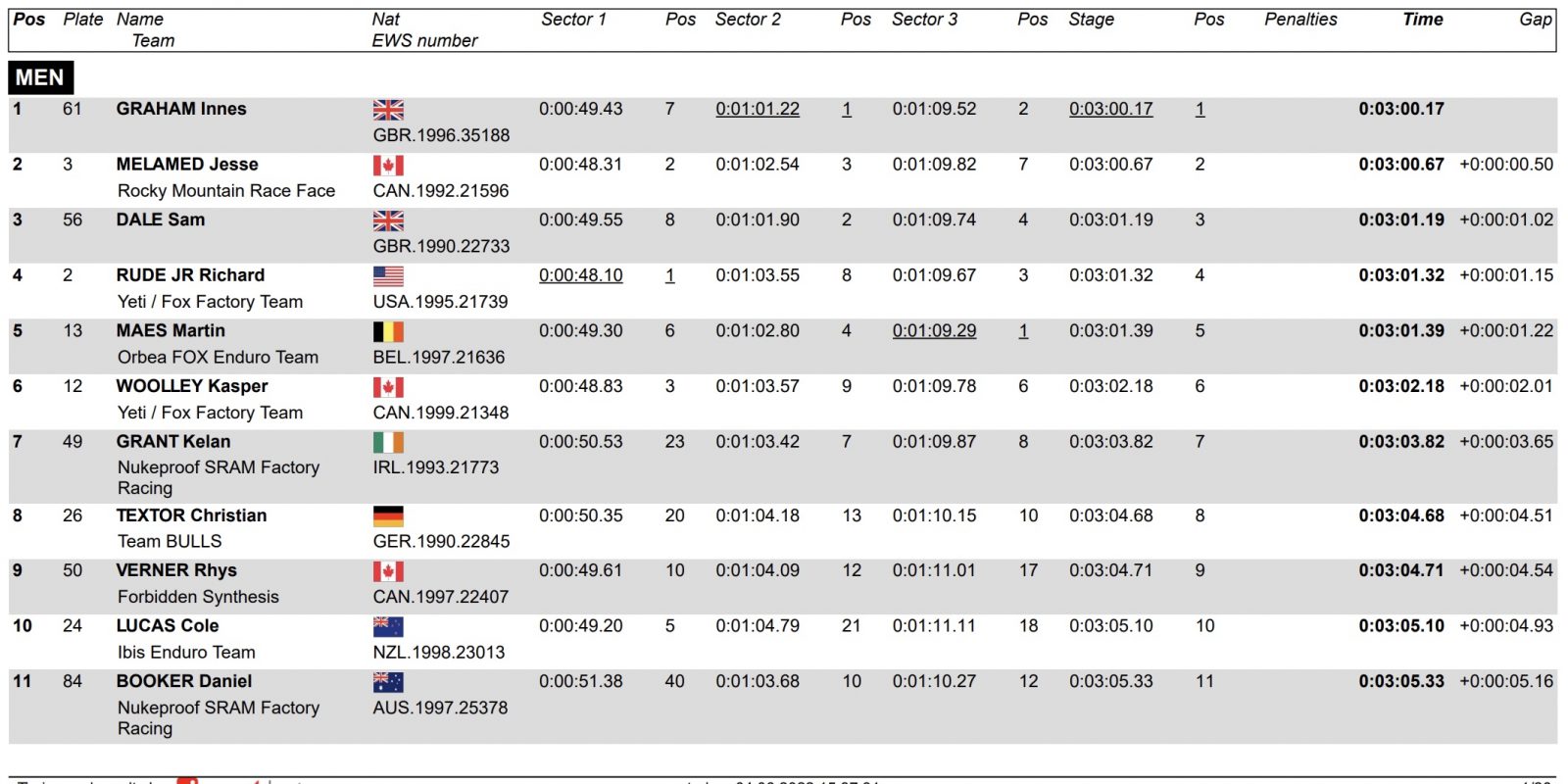 The series returns on June 16-19 for round two of the EWS and EWS-E in Petzen Jamnica, in Austria and Slovenia.