Great first day of practice in Val di Sole, the track is very complex, broken down and line choice is tough. Most of the comments overheard are that it is really physical and requires a ton of fitness and mental strength.  These are the images from our first day in the Italian mountains. Finn Iles had a  very rough day in the office; suffering a very serious concussion after a huge crash.  It’s unclear whether or not he will participate in the race on Sunday. 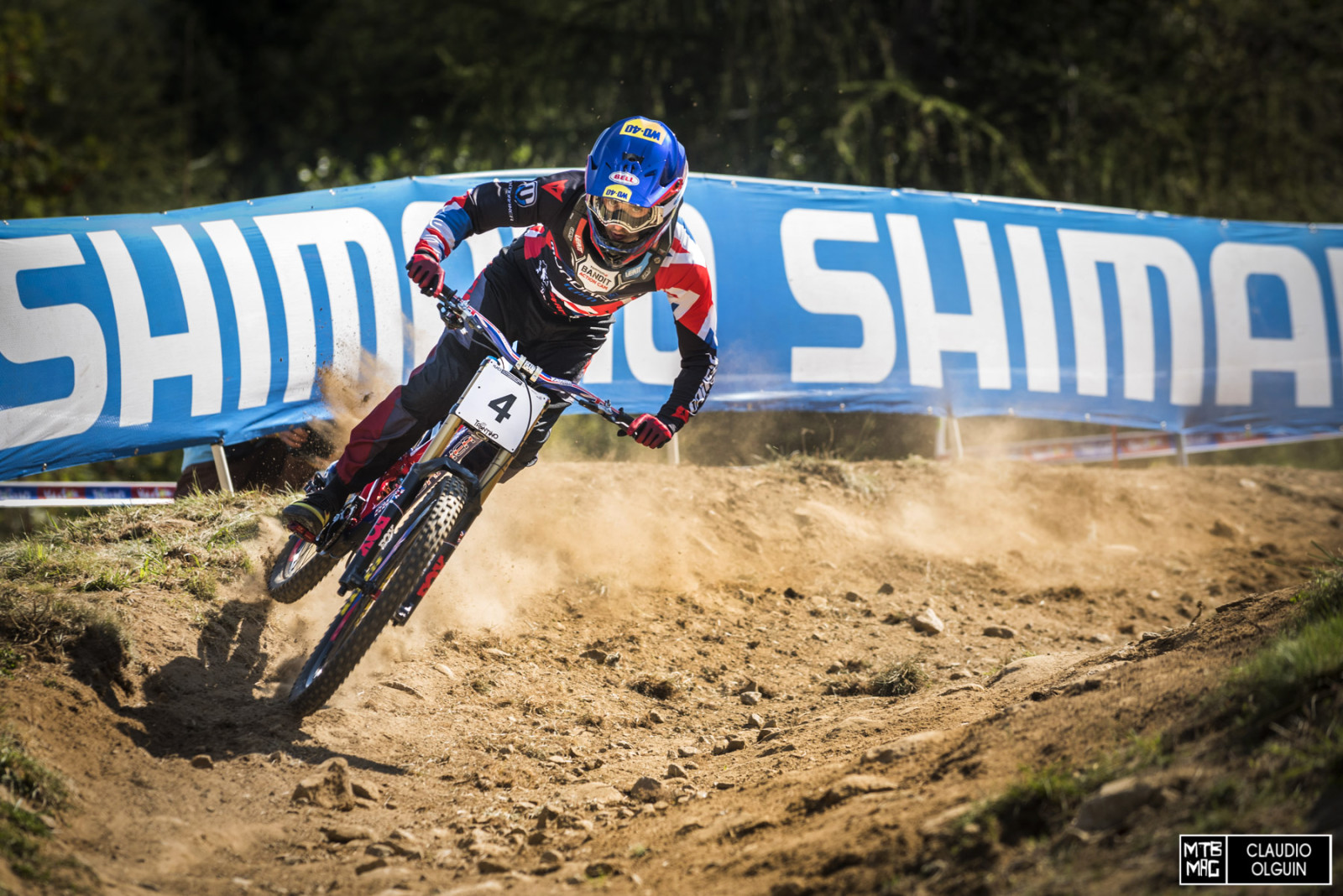 Danny Hart is the favorite for this race, he’s won three consecutive races and will not be willing to give up a fraction of a second. 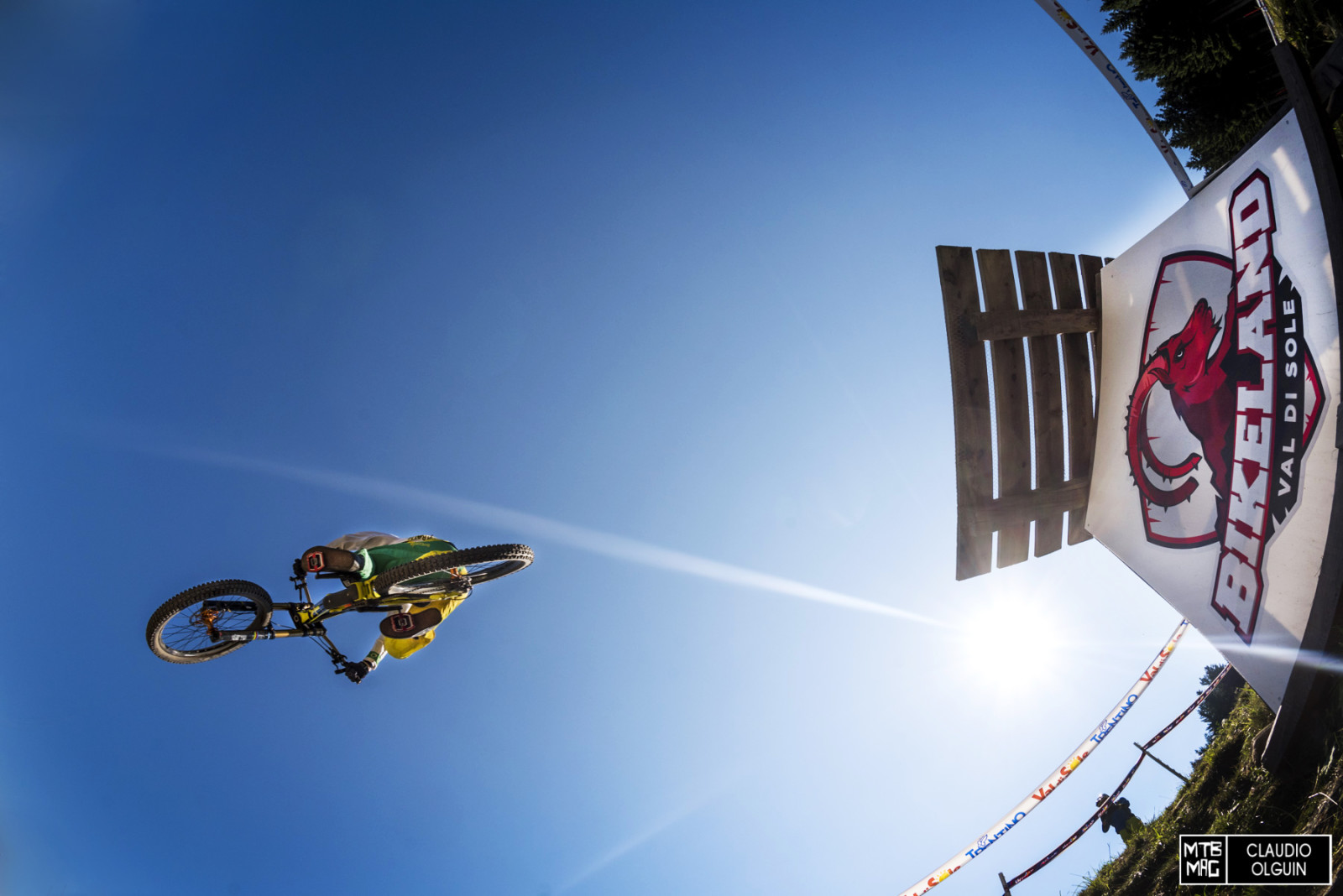 At the beginning of the track there a wooden road gap, that’s about 4 meters long and easy to clear without pedaling. 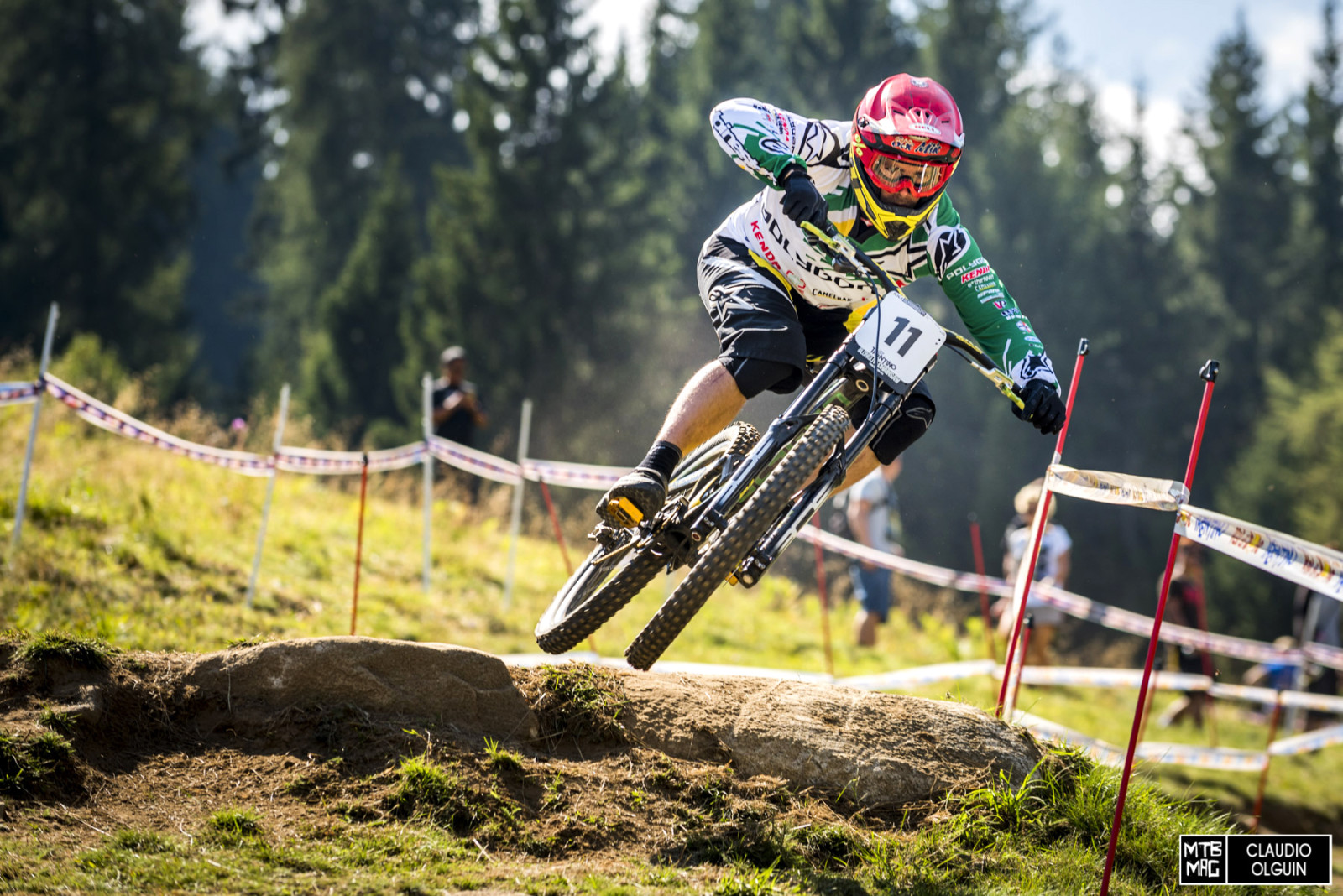 We saw Mick hannah pass by about 7 times.  He’s been getting some serious practice time in… 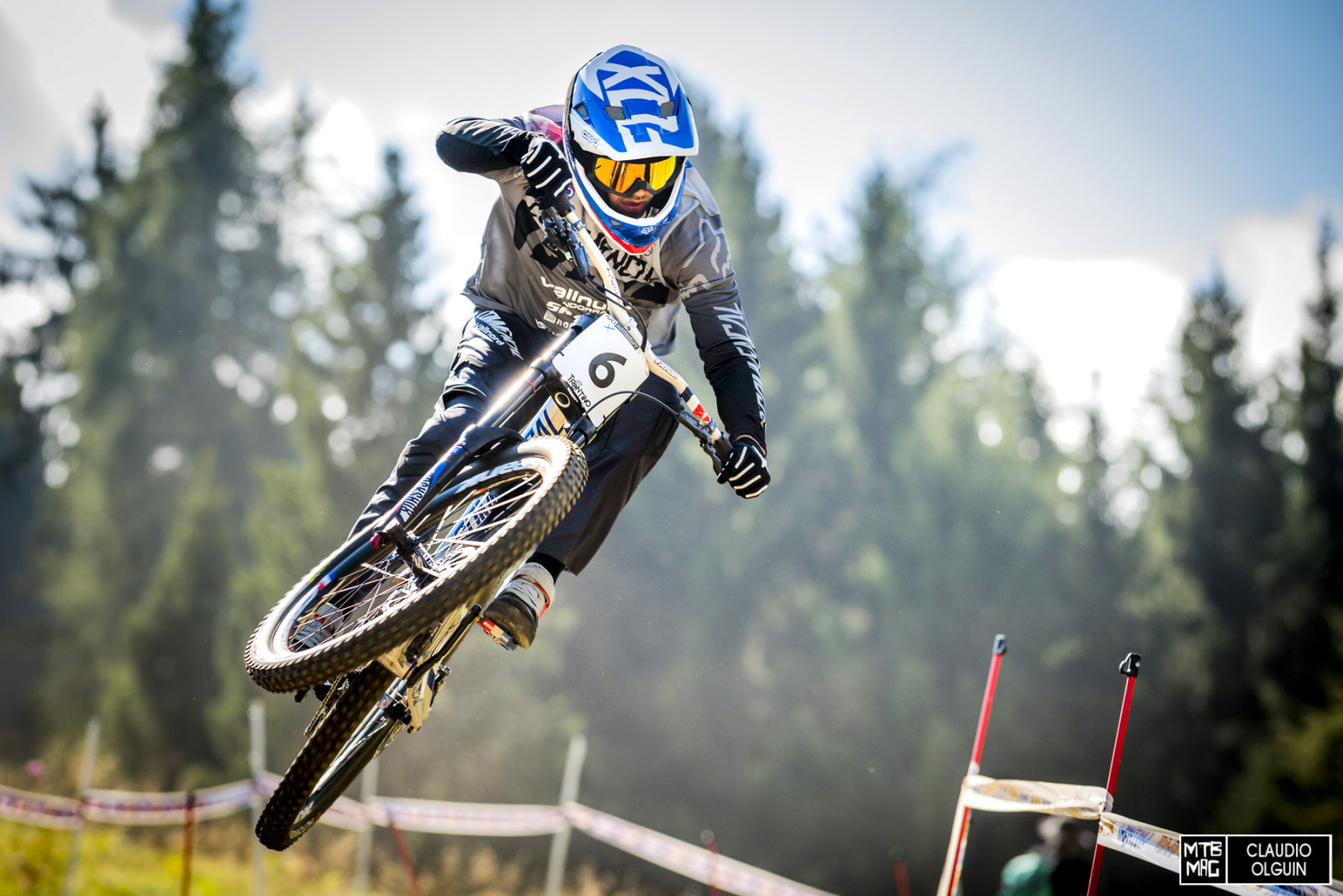 In typical form, Remi Thirion is taking face melter lines that just don’t make sense.  Easily one of the most exciting dudes to watch. 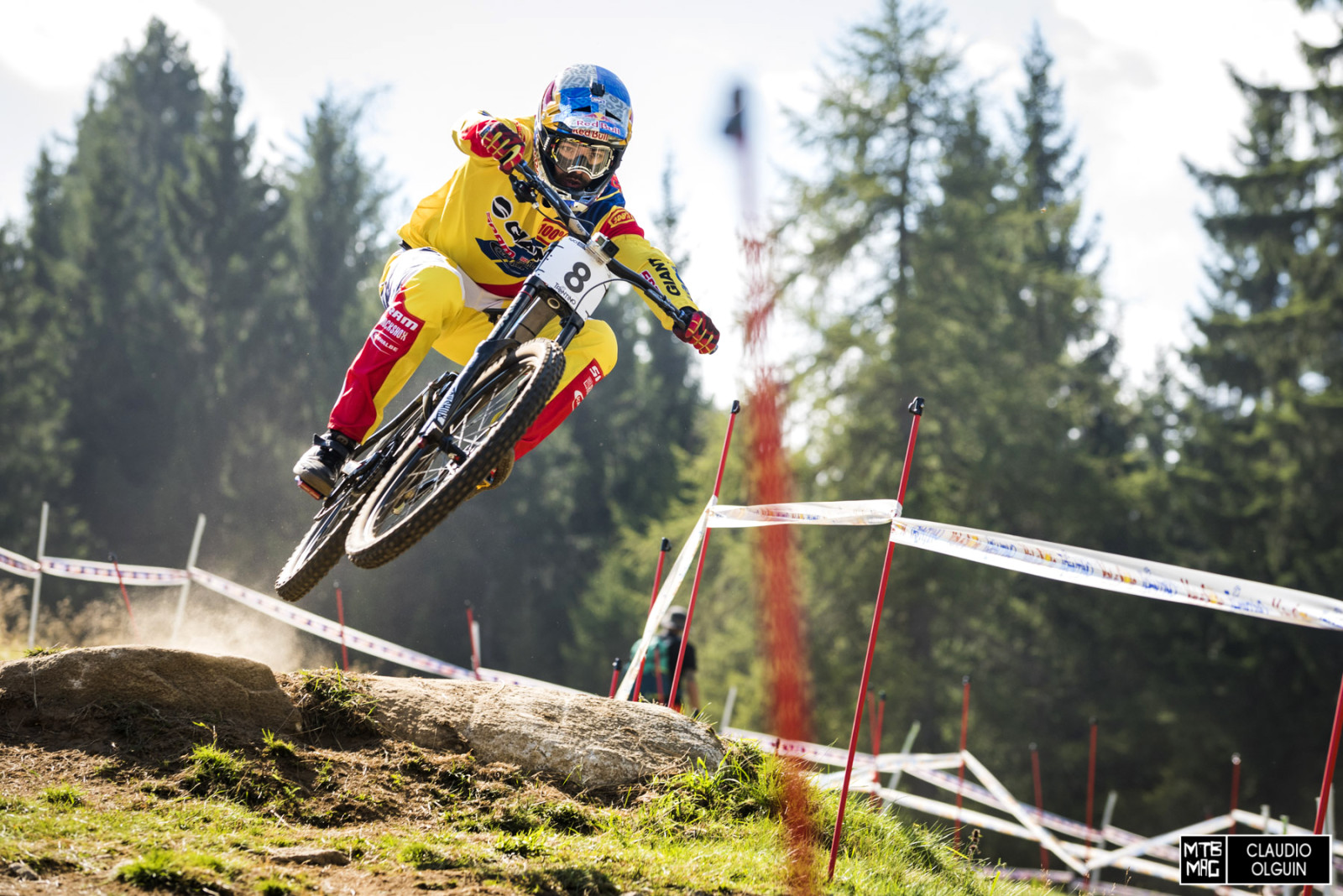 Marcelo Gutierrez’ new kit is basically a wearable Colombian flag.  Nice to see him pinning it after coming off of a solid result in Vallnord. Loris Vergier starting the LONG journey to the bottom of the track. Yannick Wende is the first rider in the history of Bolivia to participate in a World Championship DH race. 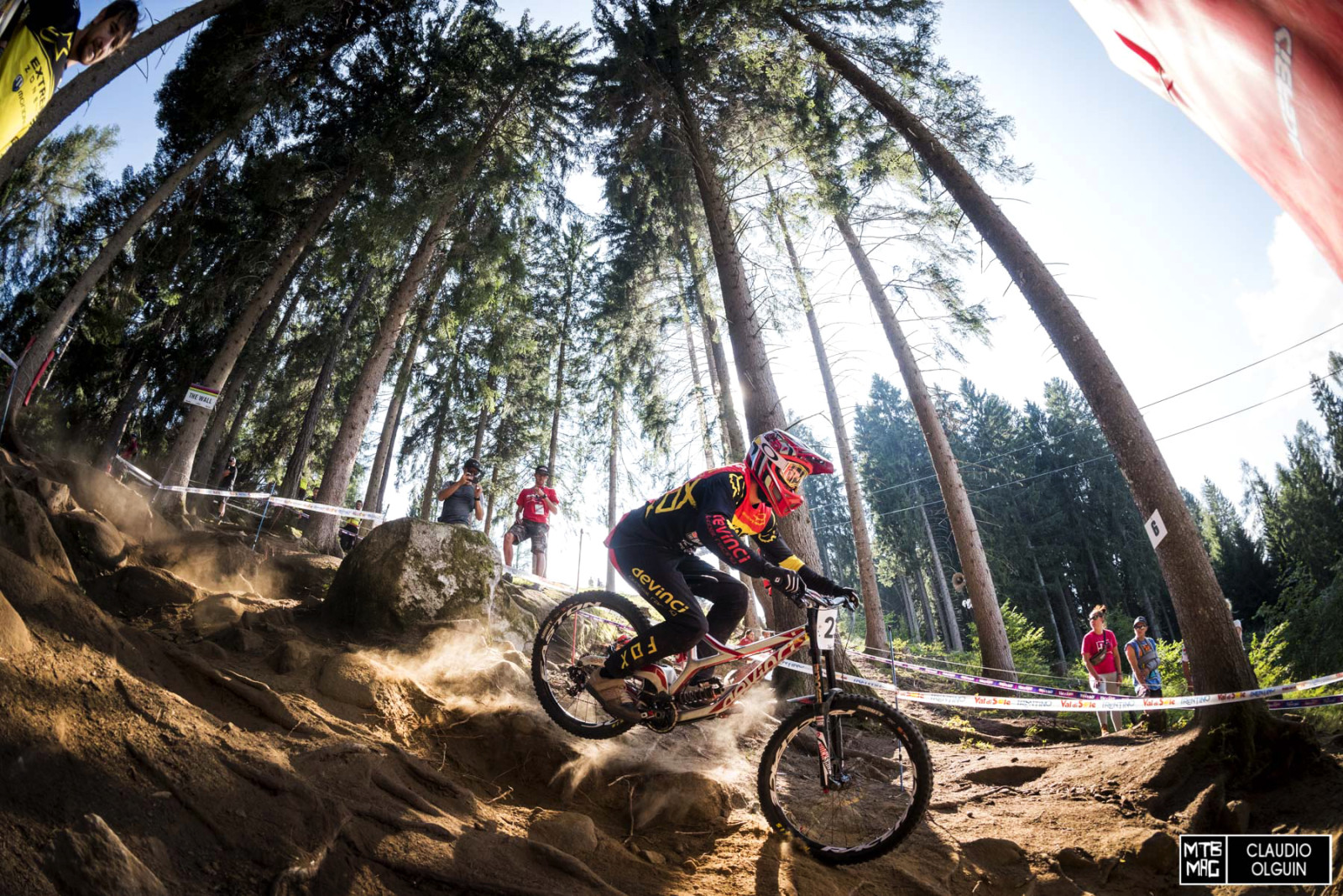 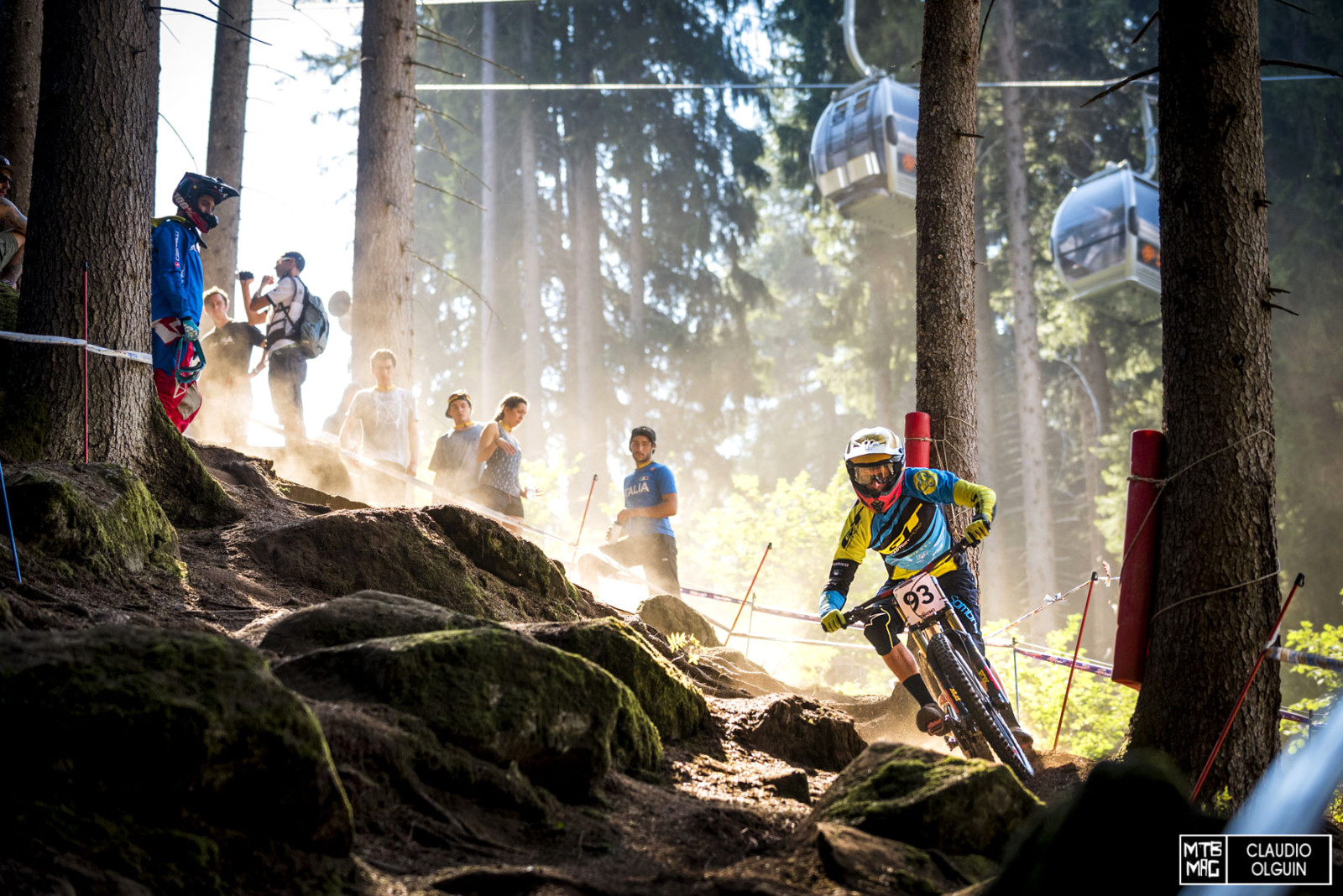 Martin Maes after finishing the race on Sunday will have to travel to Valberg for the EWS round.  He’s definitely gnarly. There are so many different lines on the track and practice is rough with so many riders on track and dust lingering. Sam Blenkinsop is very focused on the World Championship, especially since his race ended in Vallnord with DNF as the result of a huge crash that made the race come to a halt for a moment. There are so many roots on the track, it’s hard to put into words. Loic Bruni wants to back up his World Champs win in Vallnord last year, but with Danny Hart on a hot streak and Gwin’s history on this track, it will certainly be difficult. The first day of training finishes accompanied by a golden light coming subtly through the trees of Val di Sole. For the next few days the forecast suggests that there will be rain but it’s uncertain.  That would definitely shake things up a bit…stay tuned.
Share this
Read all comments
Previous Story