Today’s race in Vallnord was eventful, to say the least. Finn Iles kept the hot seat warm for quite some time after taking the lead by a 4+ second margin. Eddie Masters seemed like he might knock off after being up at the first two splits, then starting to fade. Thomas Estaque rode some daring, wild lines and was up shortly, but it eventually caught up to him and he crashed. 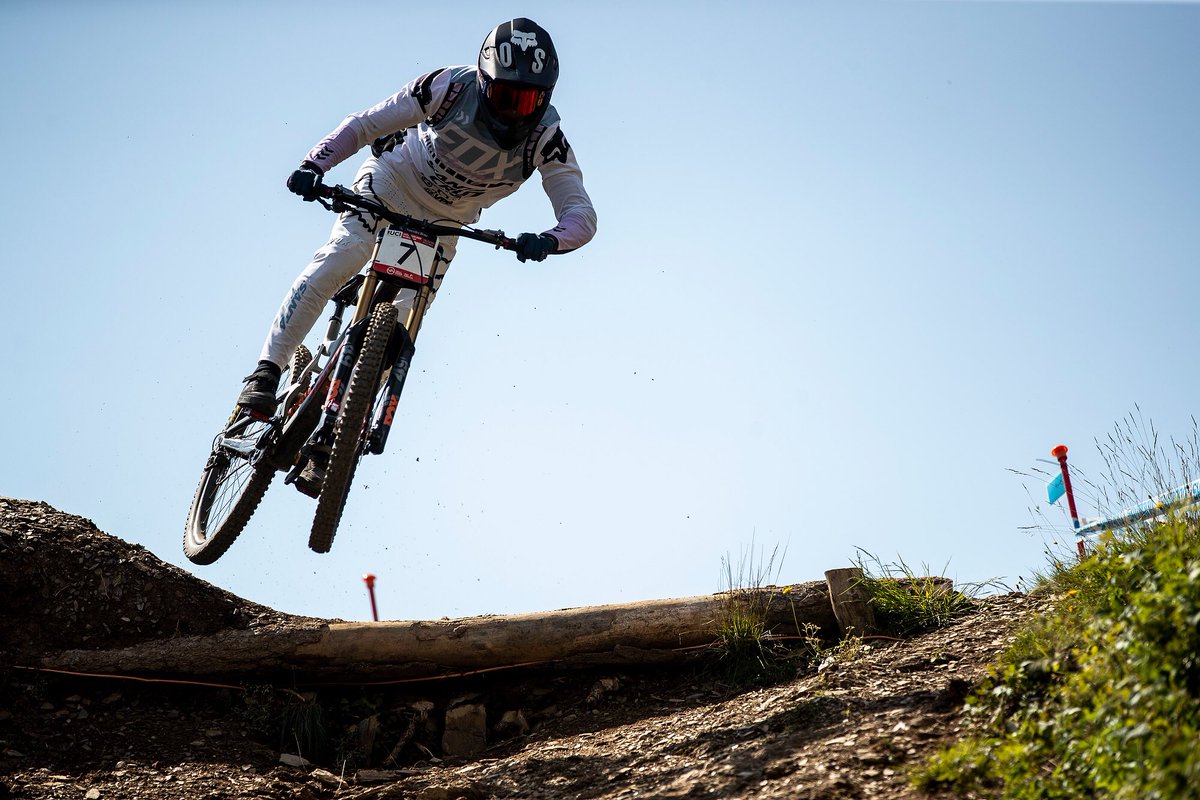 Despite a crash in qualies that landed him with 16 stitches in his butt, Loic Bruni rode incredibly well, but just couldn’t best Finn. It was Loris Vergier who was first to topple Iles, and he did so by a massive 4.5 second margin, stoking the very real possibility that he could take the win. 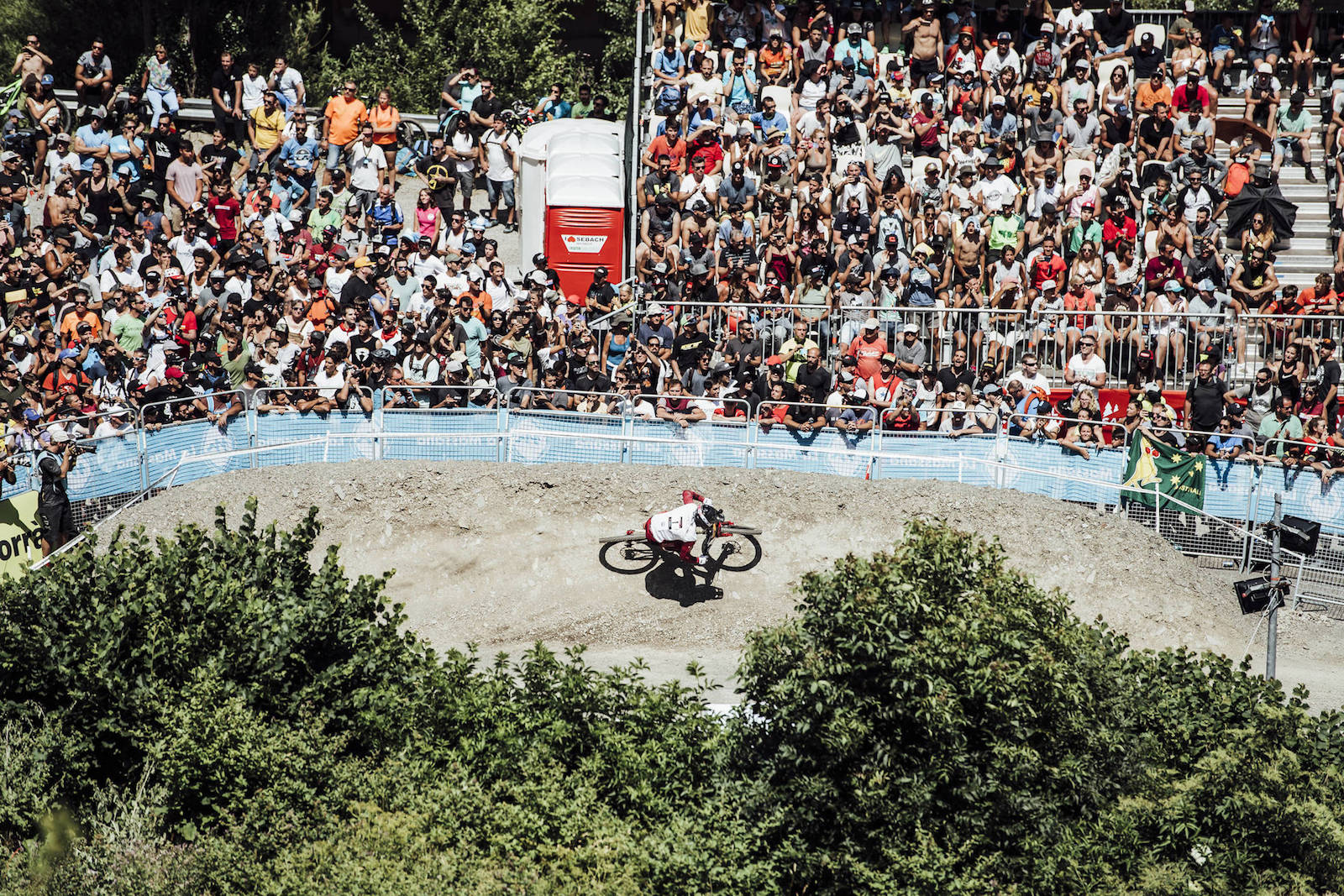 Amaury Pierron, the man who was favored to win had a run that, at 1.3 behind Loris, was less electrifying than his last 3 efforts, and thus, the  4 for 4 will have to continue to elude the world cup racers. 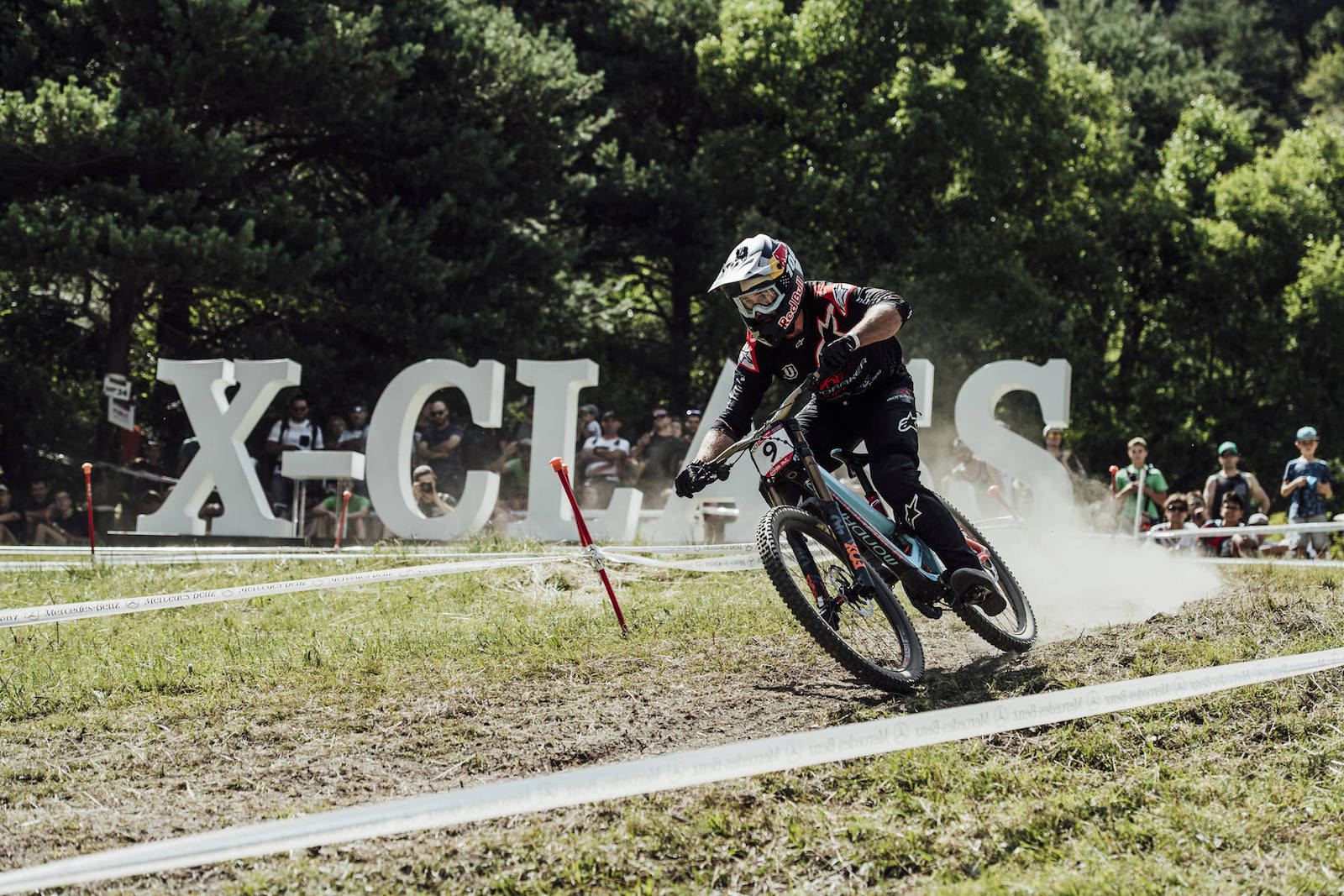 Brook MacDonald has been riding incredibly well this season and managed to lay down a run that was just shy of Pierron’s. His riding was aggressive but controlled. Great to see him on form again. 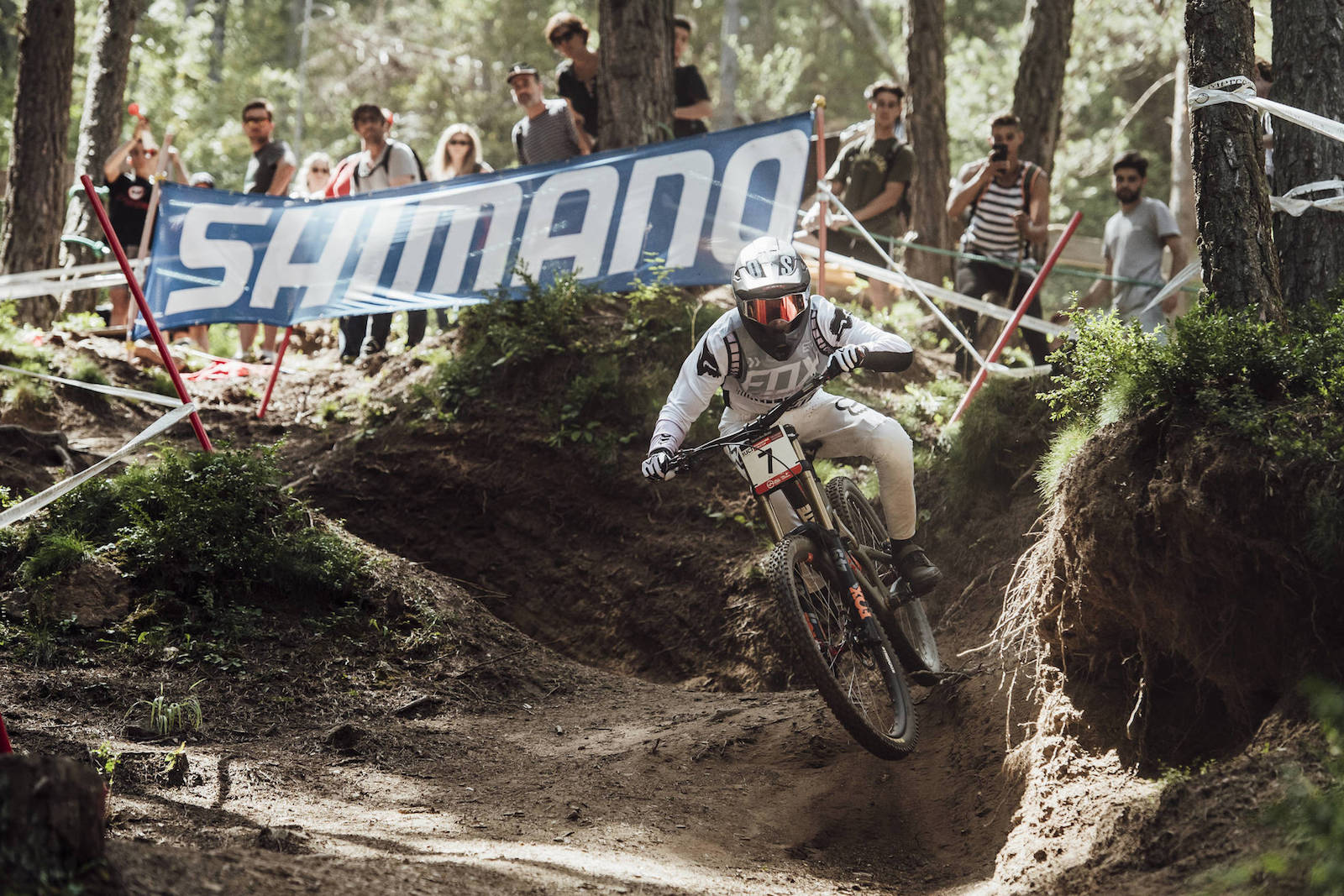 Laurie Greenland, Danny Hart and Troy Brosnan would all put in excellent efforts that would land them in the top 10, but in the end, it was Loris Vergier who emerged victorious, claiming his very first World Cup win…To quote him in his post race interview: 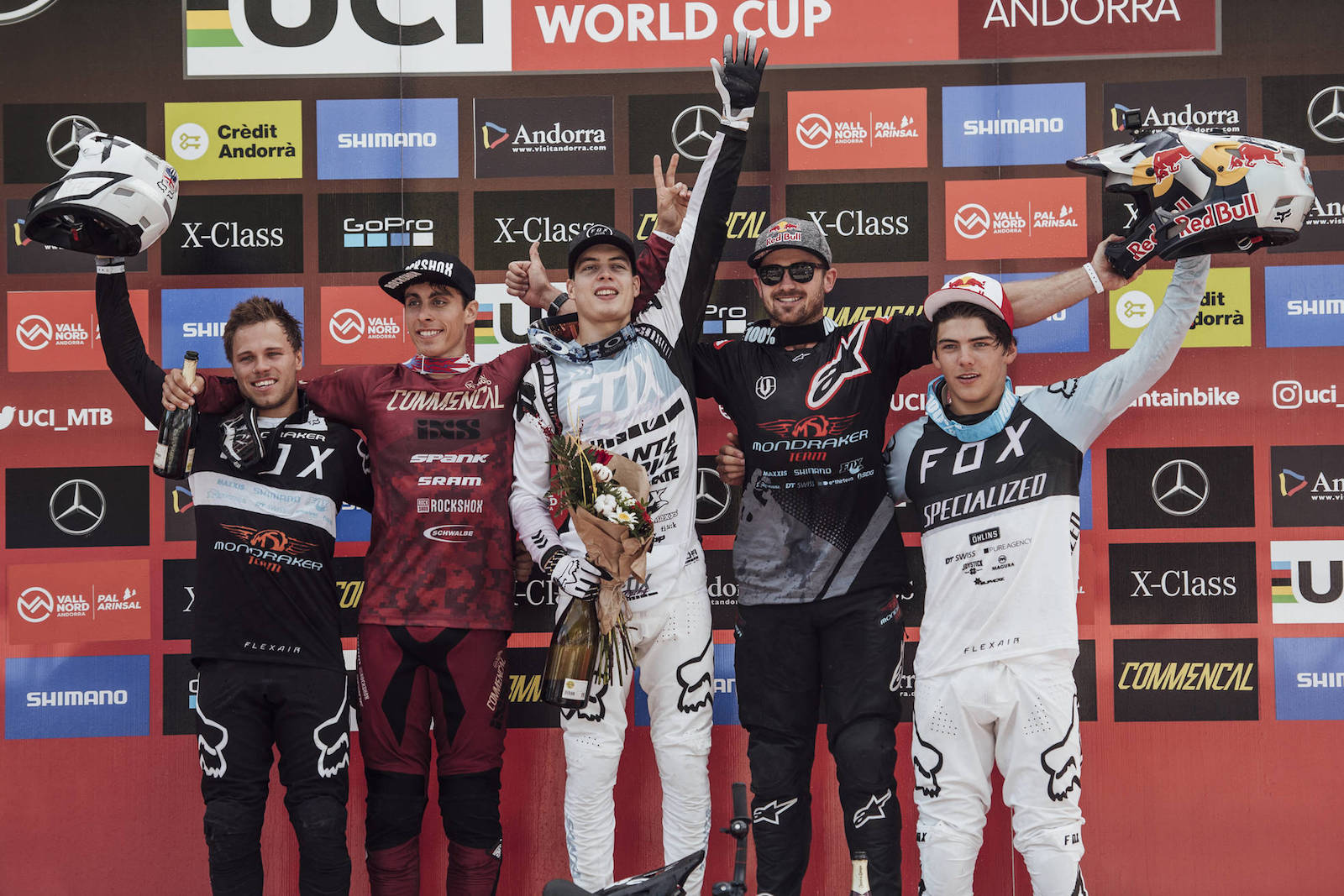 In the Women’s category, it was Tahnee Seagraves who would take the win. Despite being 13 seconds back from Rachel Atherton in qualifying, she laid down an impressive finals run where she took 17 seconds off of her qualifying time. With Nicole Myriam out, injured, it will be a battle between Seagraves and Atherton (leading) for the overall from here on out. 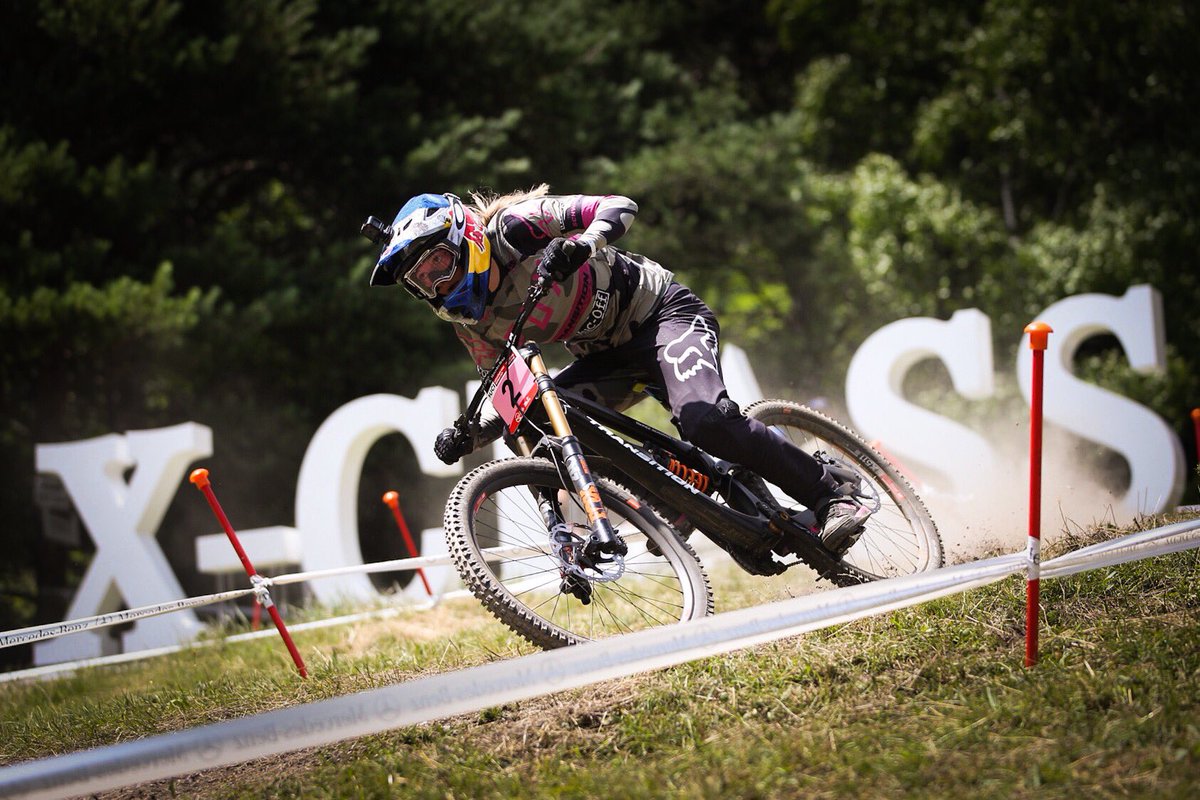 In men’s juniors, Thibaut Daprella took another win with a time that would have nearly put him in the top 20 in elites. He has a decent lead on the overall, ahead of Kye A’hern.

In women’s juniors, Vali Holl cleaned up by a full 15 seconds with a time that would have landed her in 7th in elite women’s. Surely she’ll be a force to be reckoned with once she enters the big stage.