It’s been an intense day here in Val di Sole, where tension is palpable both because it’s the most demanding track in the history of DH and because of the tight points race between Greg Minnaar, current leader, Aaron Gwin with Troy Brosnan just behind as well. Not only the final race tomorrow but also today’s qualifying round me be decisive in the overall victory of this season’s overwhelming UCI DH World Cup 2017. 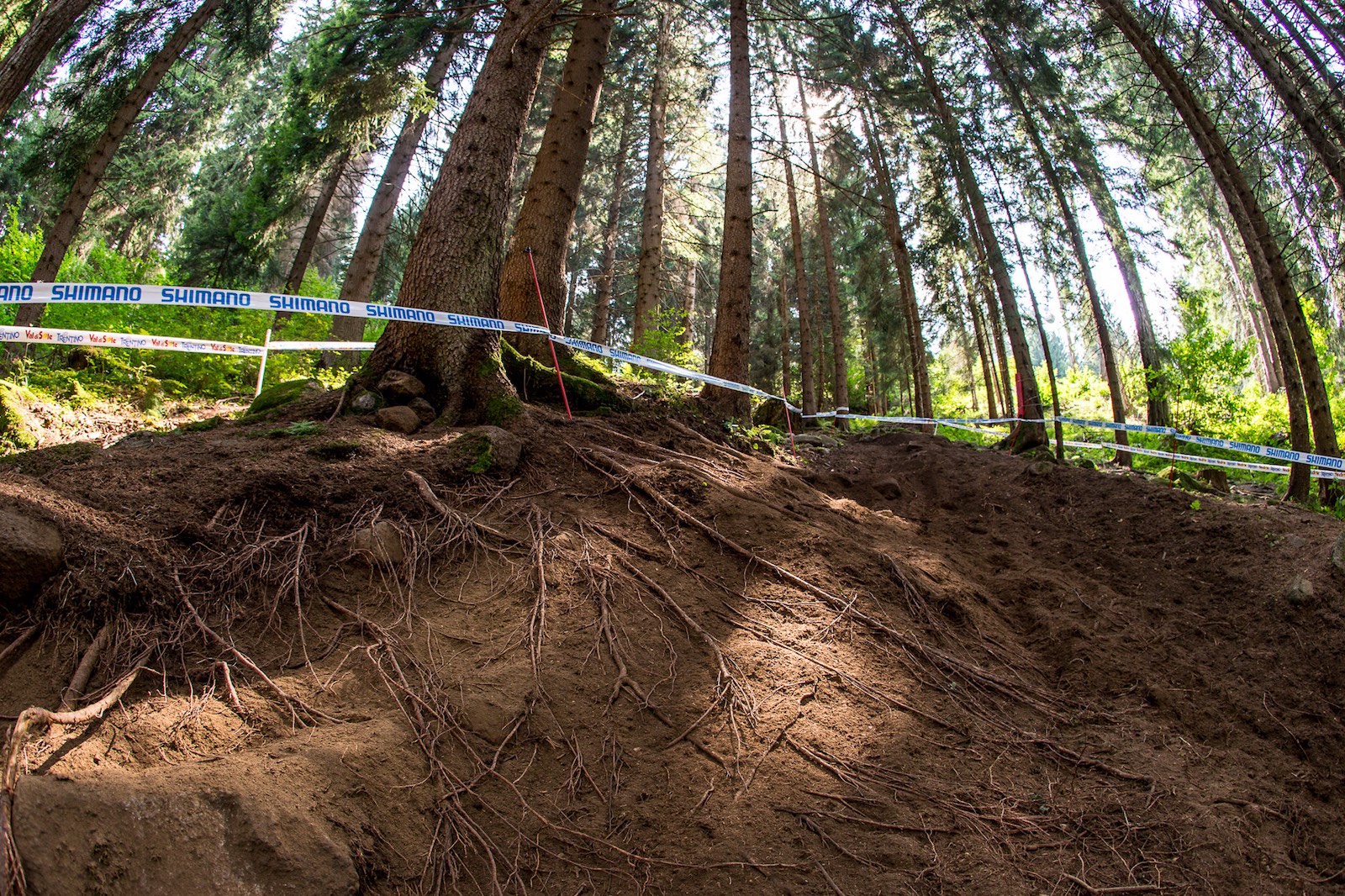 Gwin took the fastest time, winning the qualifying round and taking a small, beneficial advantage over Minnaar, who finished second, behind by an incredible .17 seconds , despite a scary crash in this morning’s free practice that resulted in a snapped frame. 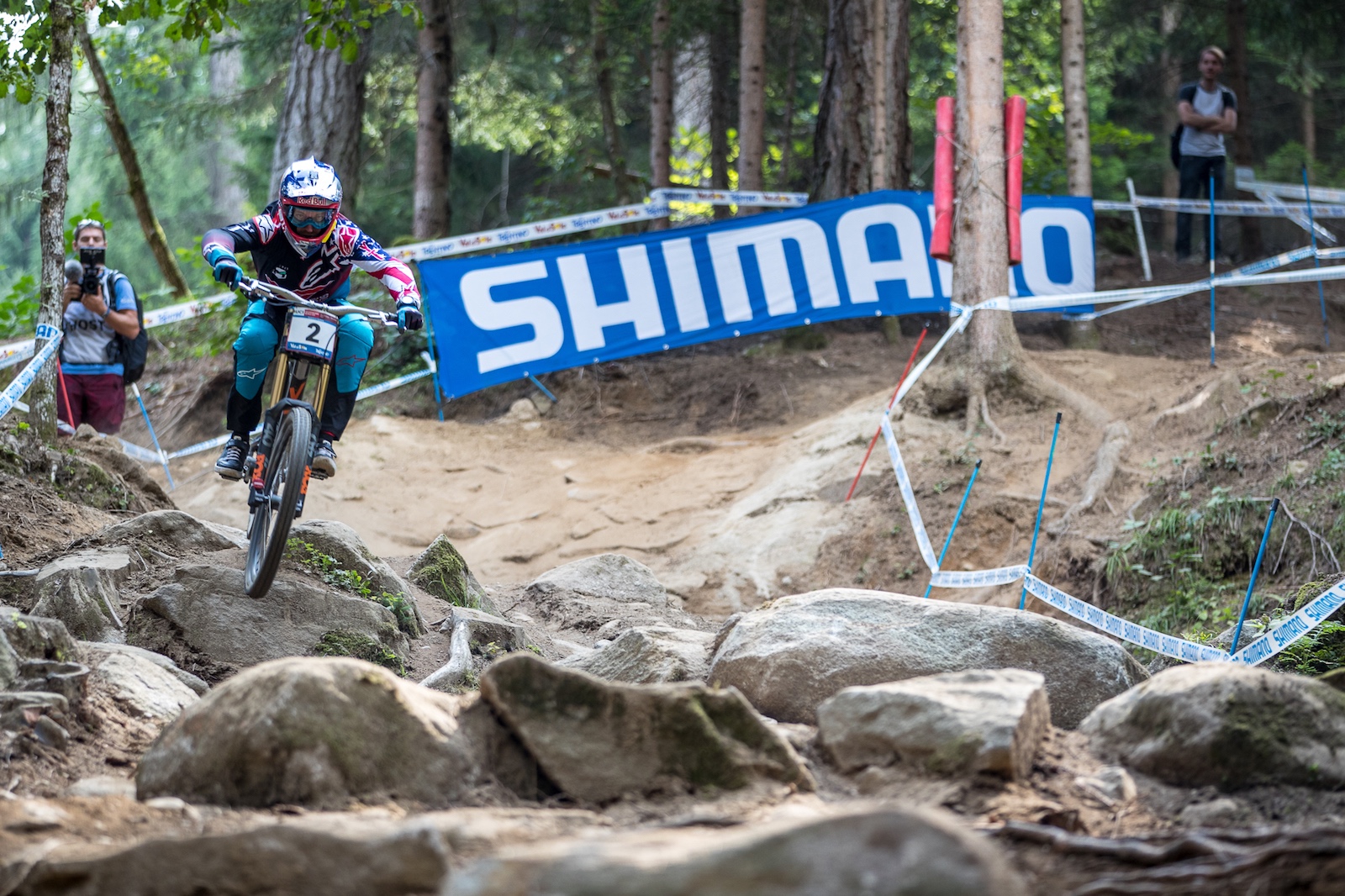 Third place for Loic Bruni, just over a second from the best time of today. 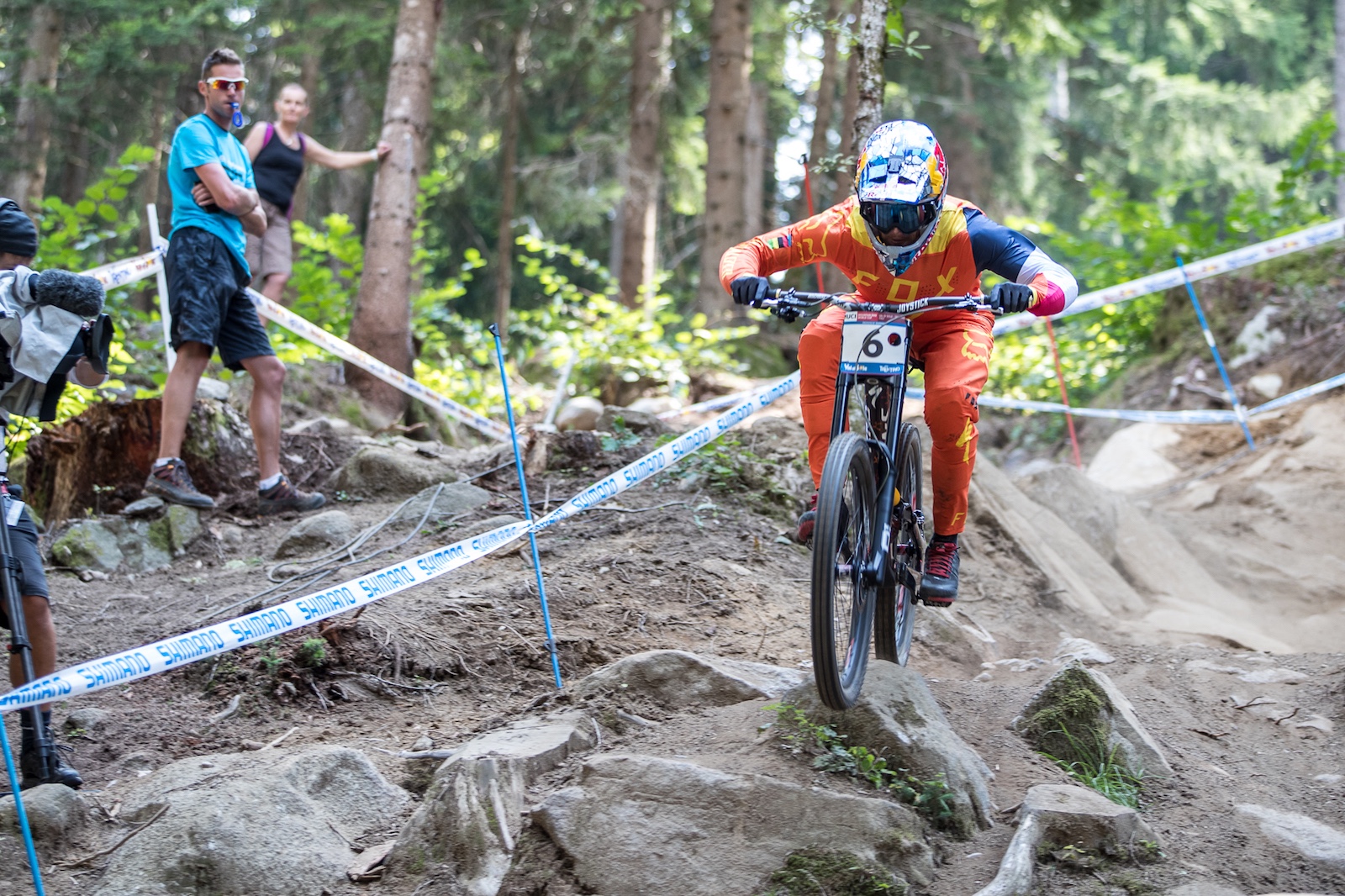 Brosnan is another contender for the overall – he ended up in 4th, which is solid, but may not be enough to propel him forward much in the standings. 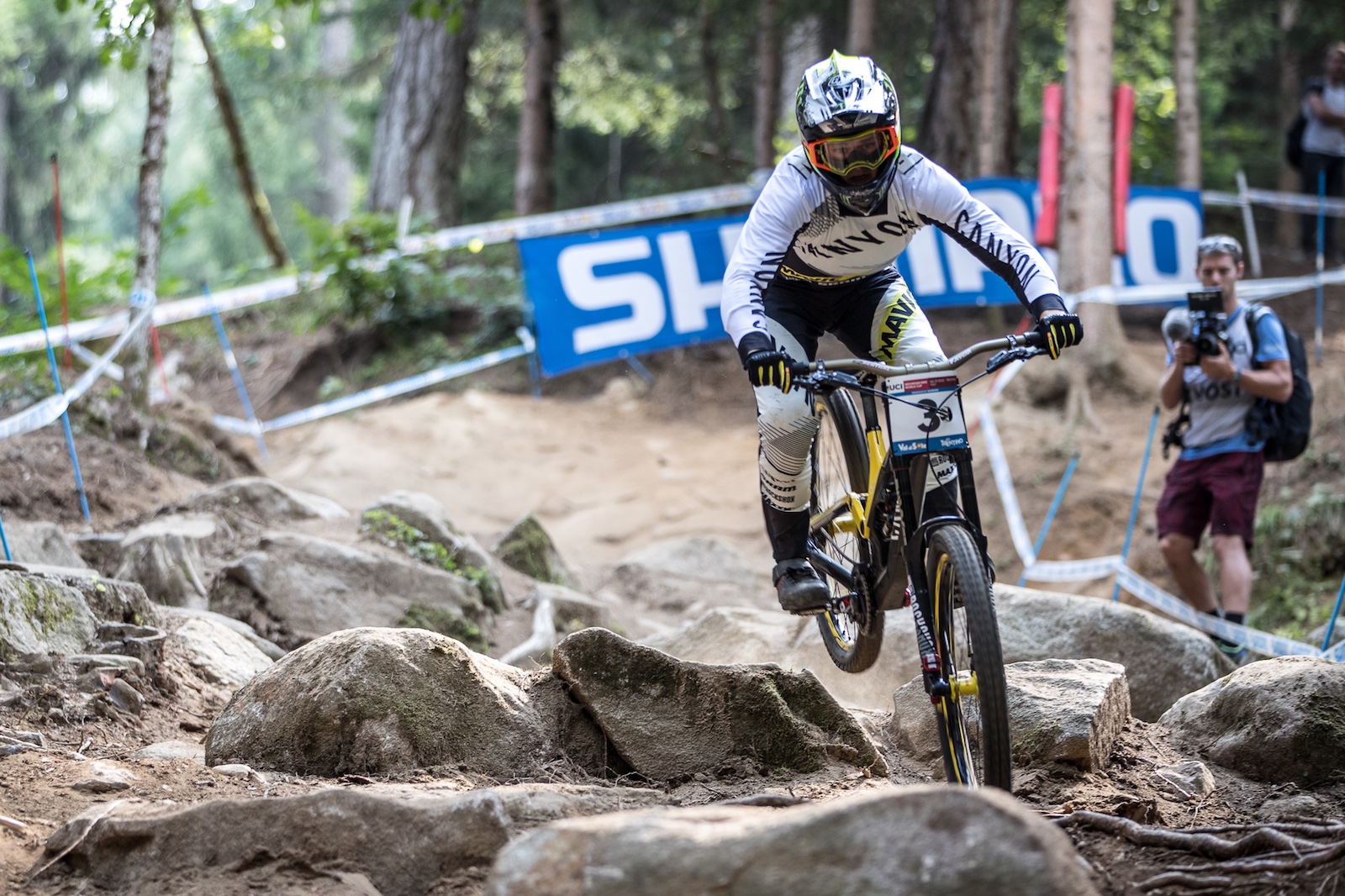 Dakotah Nortan came into 16th – Insane result for the US privateer! 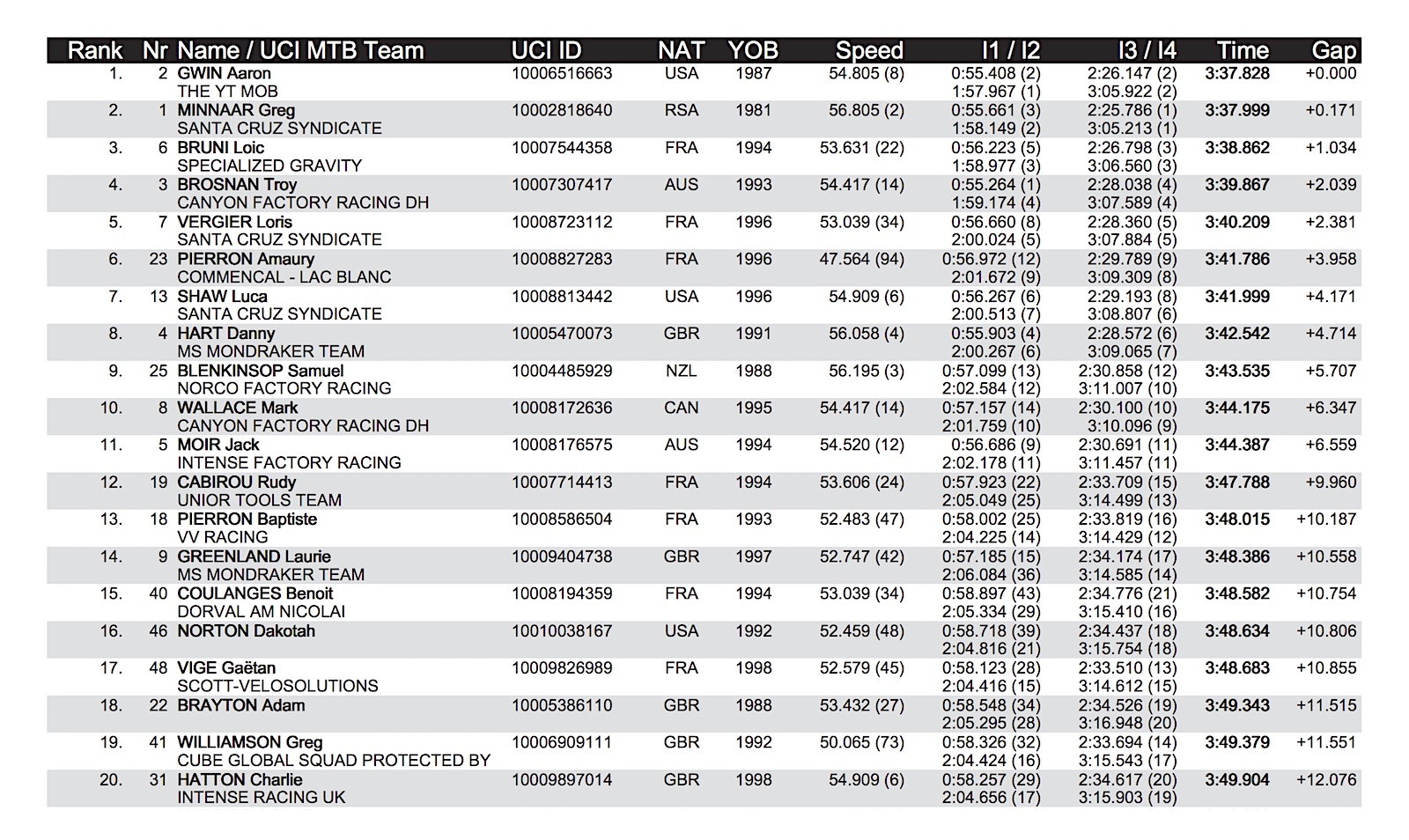 In the women’s, Tracey Hannah had hte fastest time – around 2.5 seconds up on Tahnee Seagrave. 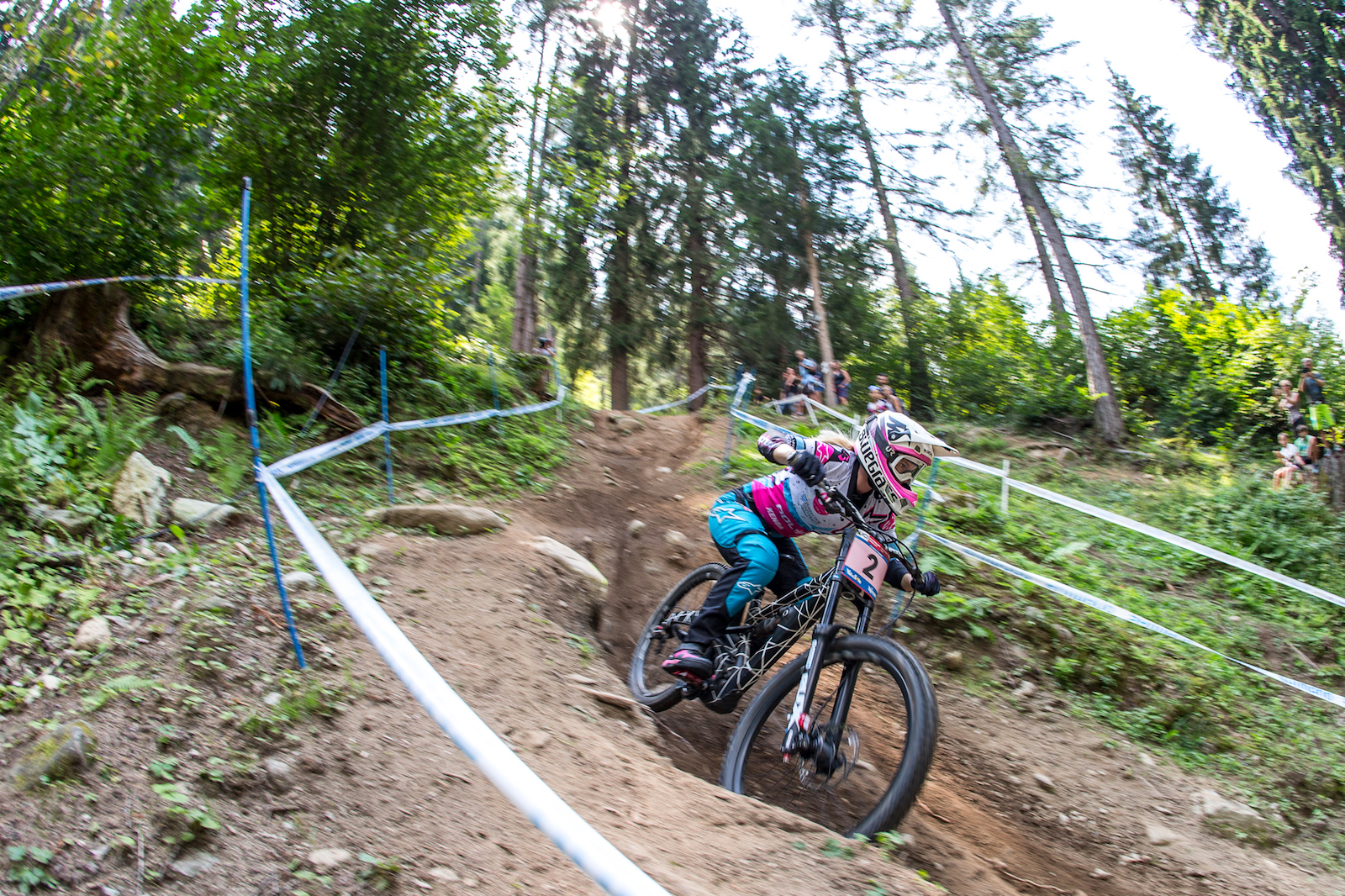 After a shoulder injury, Rachels pace just hasn’t quite recovered – 5 seconds off of Tracey’s time. 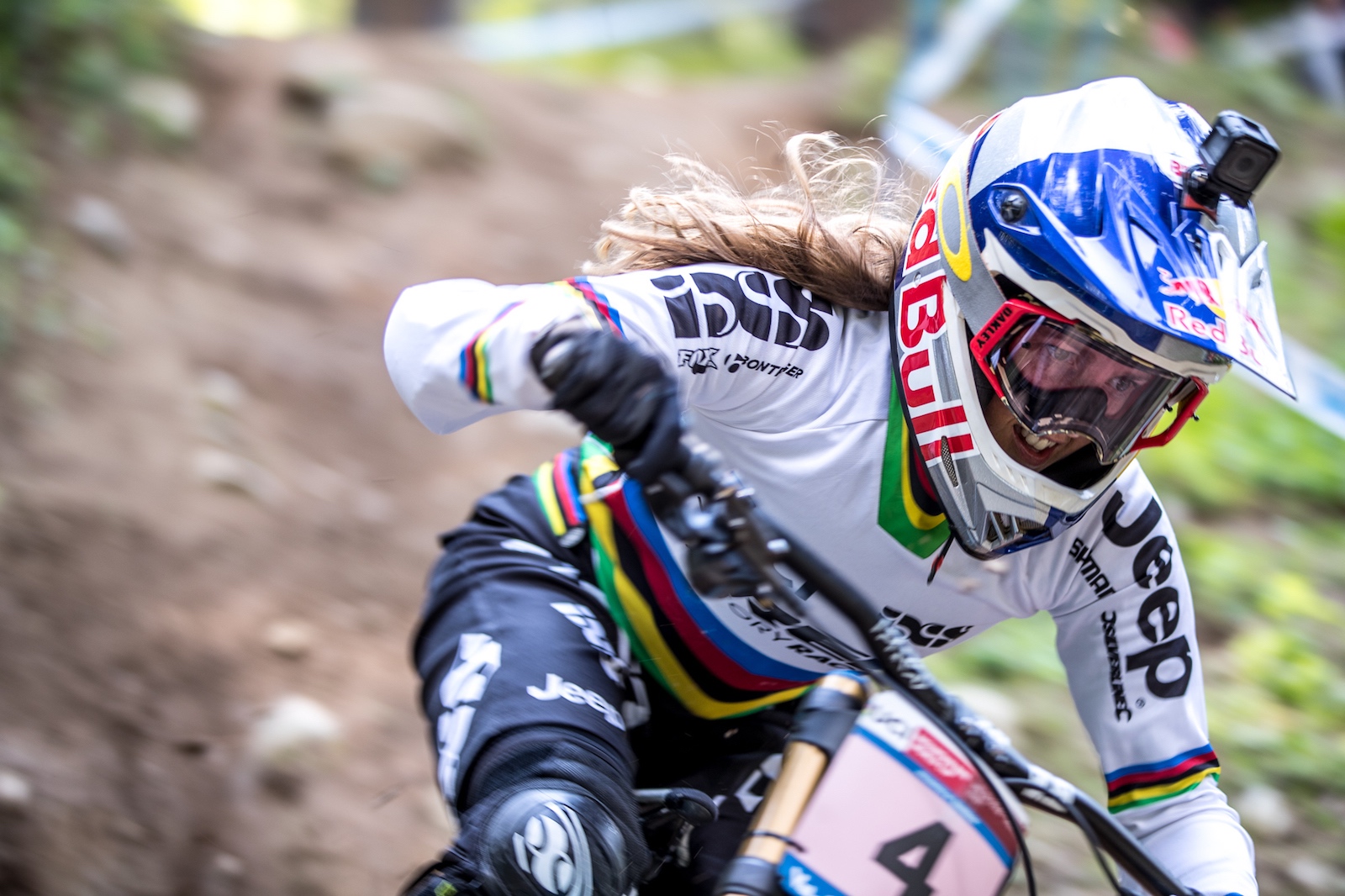 Myriam Nicole, the overall leader cruised into 4th place – a full 14 second back from Tracey. We just might see a wild women’s race tomorrow. Interestingly – despite her utterly unflinching dominance in the EWS, Cecile Ravanel came in 9th place in qualifying – a full 25 seconds behind the fastest time. That goes to show what a massive difference there is between the two disciplines. 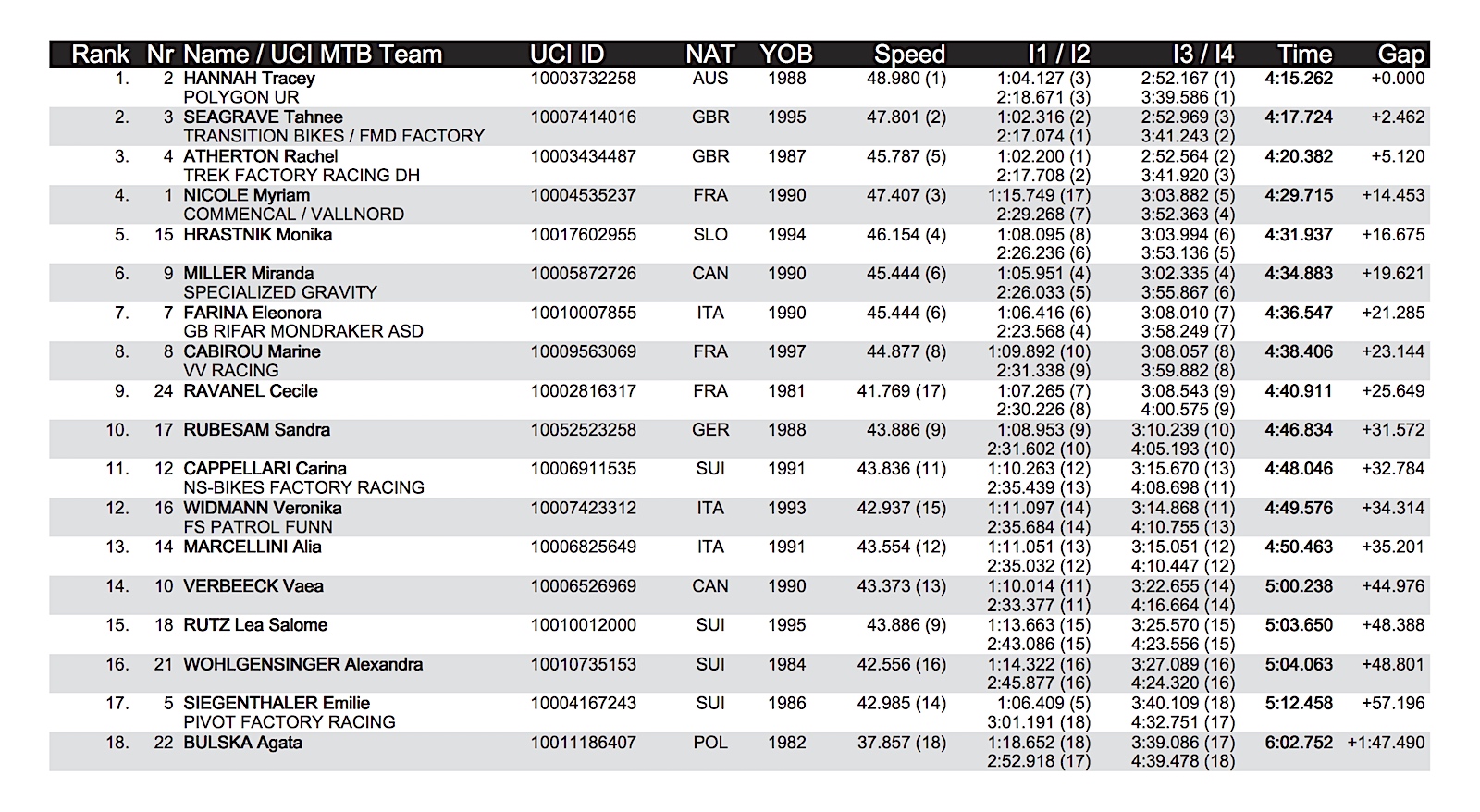 Finn Iles has already wrapped up the overall, but at this point it’s interesting to see that his time would have put him into 13th place in Elites. 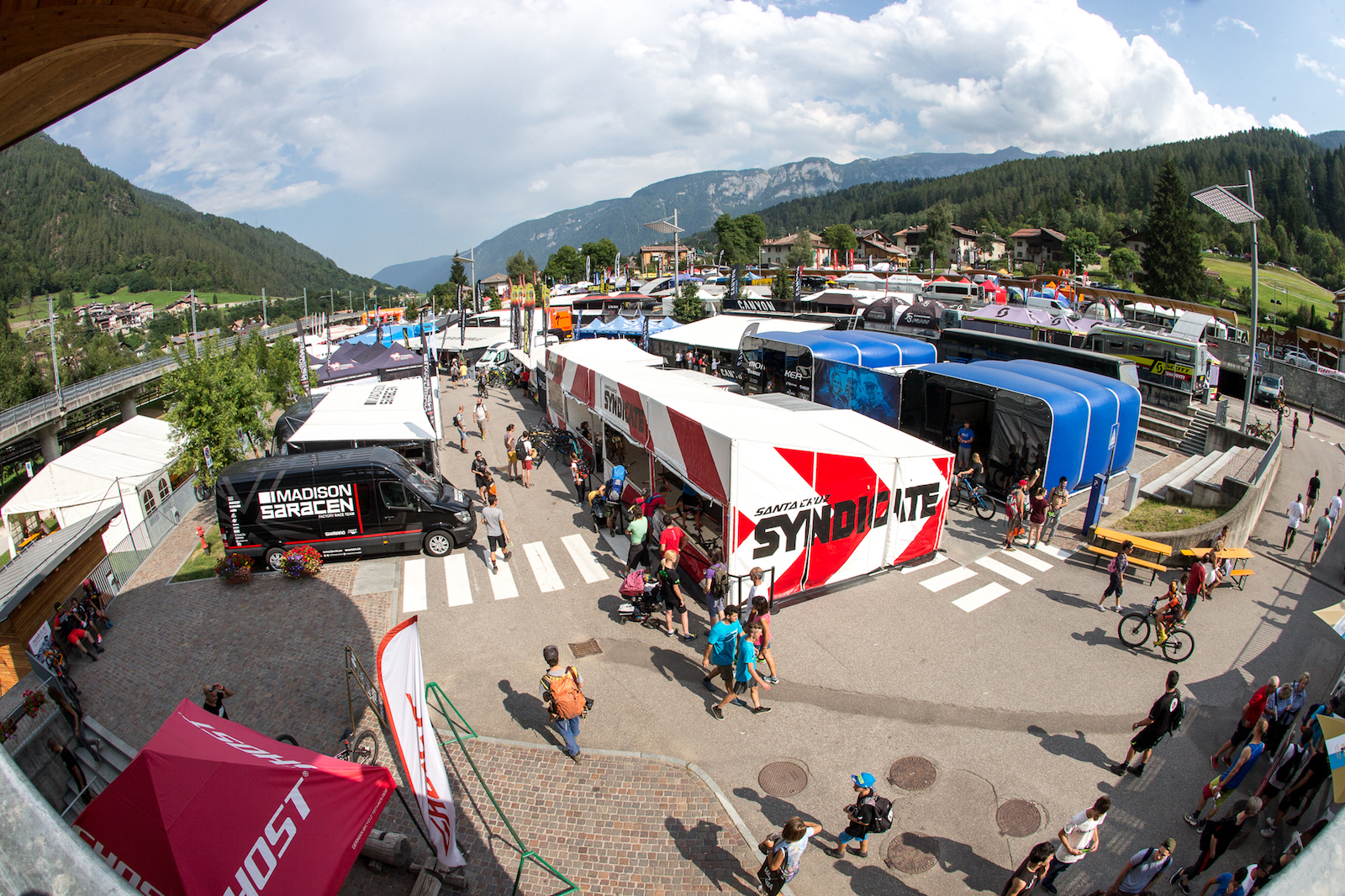 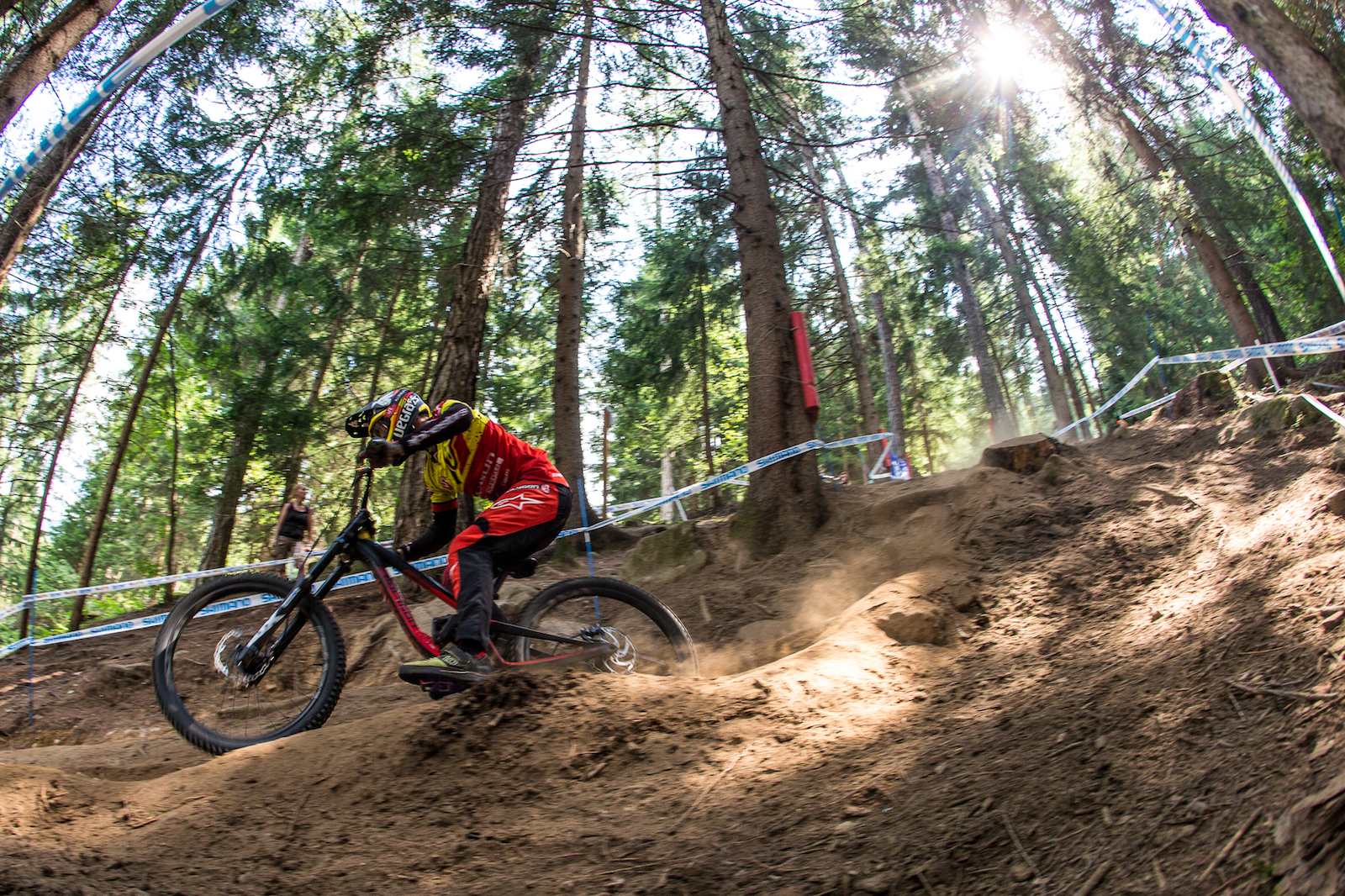