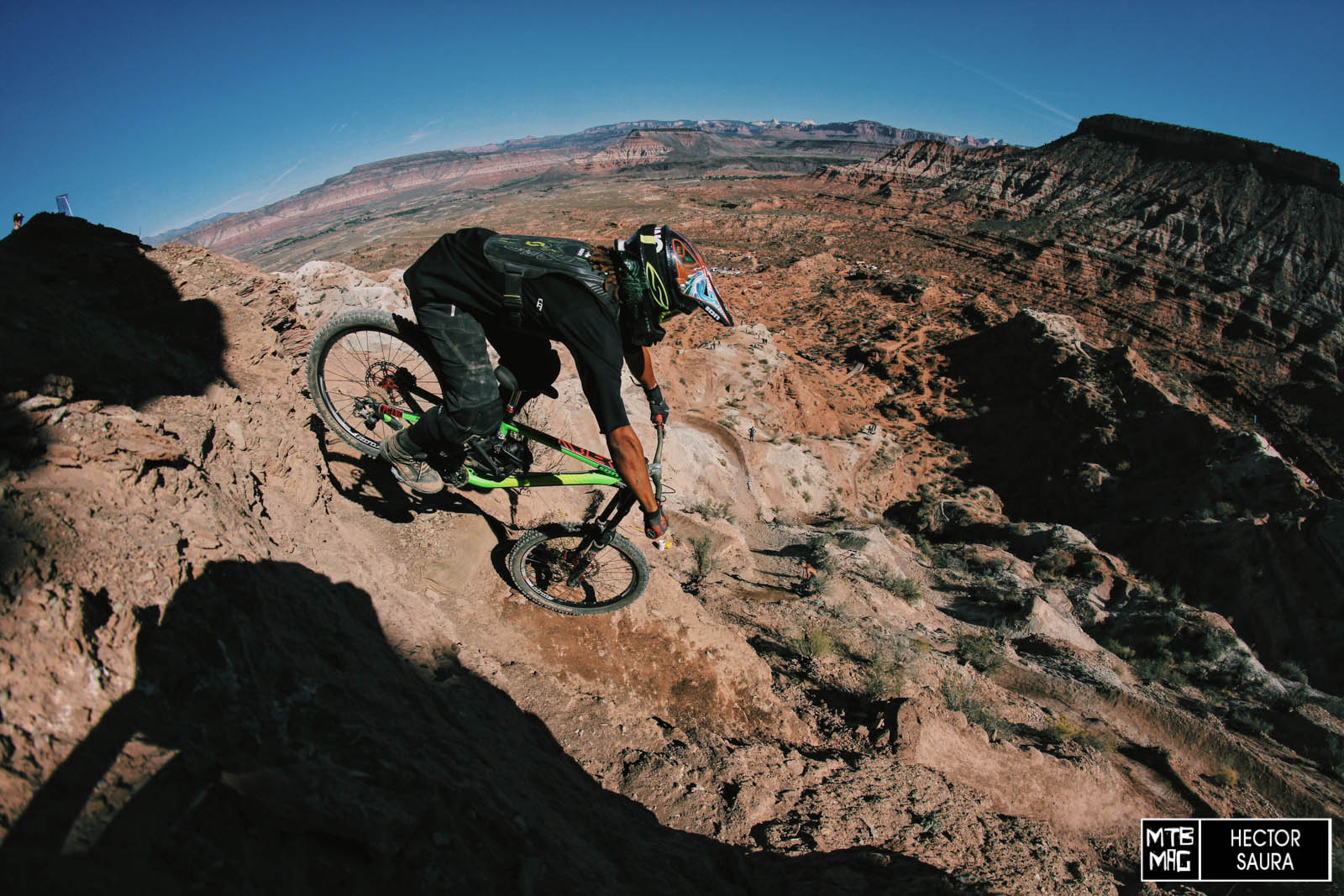 Practice sessiones went down and they have been very promising for the italian freerider Nick Pescetto. After dealing with uncertainty and nervousness to see if his line was going to work, or if we had to change a lot of features, Nick has made it from the top to the bottom unscratched. 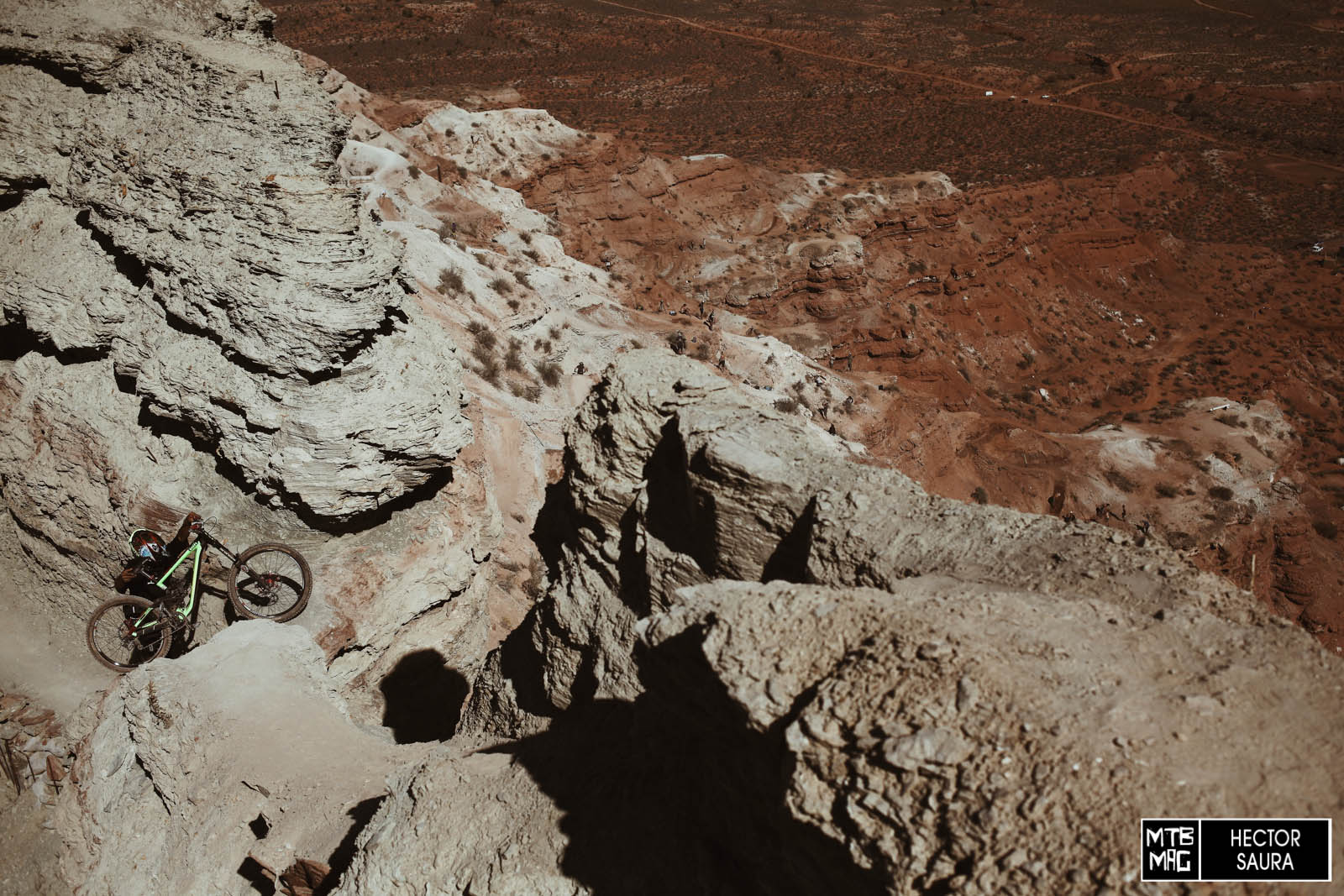 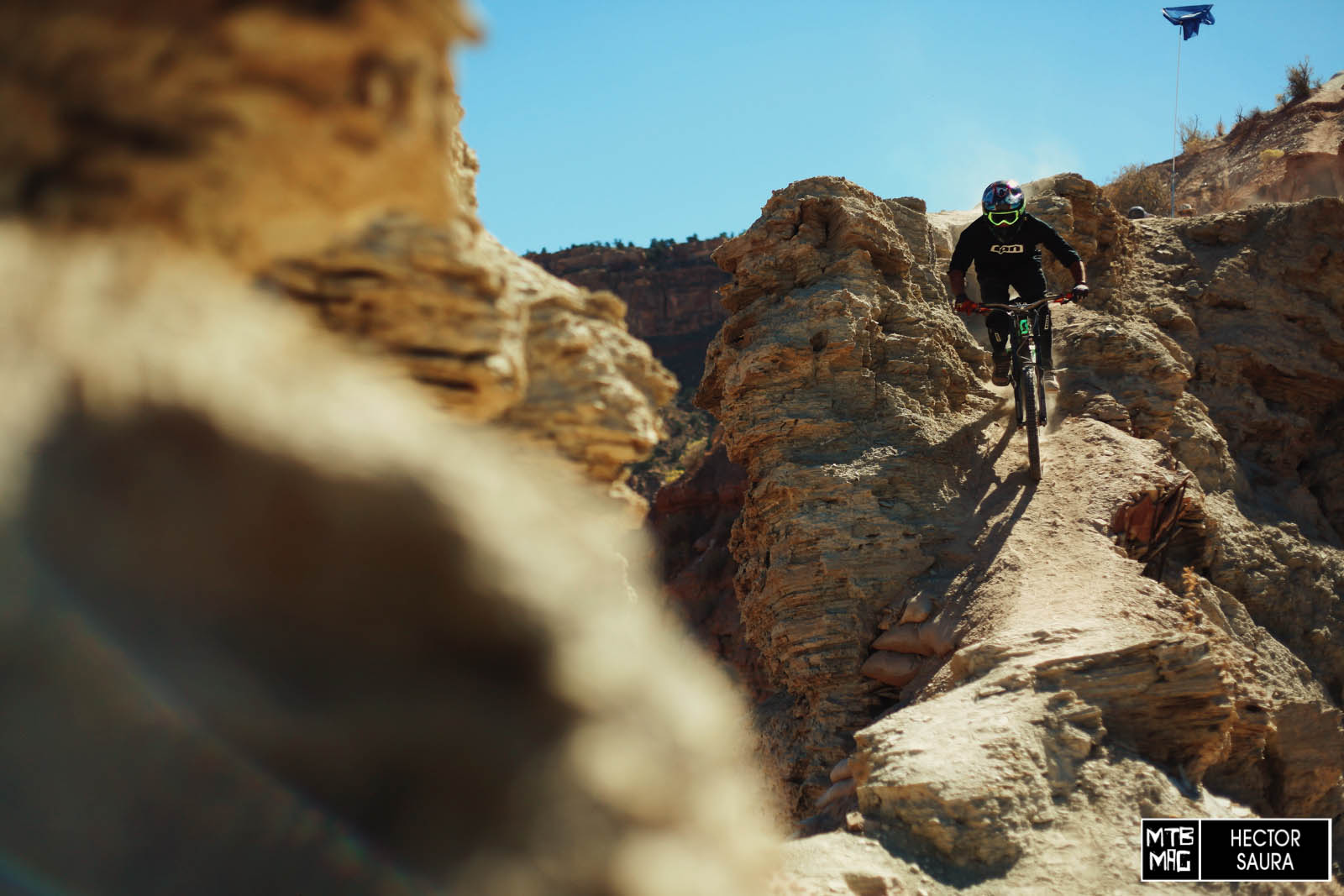 First of all he had to rode the double-drop at the very top of the cliff. Above you can see how exposed and high it is. We had to rebuilt the turn after the landing because he tried it twice and crashed. It was too tight. We mae it better and with plenty of space. Third try and it was perfect. Nick made it to the medium section of his line, right before de Canyon Gap.

He knew he wasn’t going to be the first to hit it. After a couple minutes of uncertainty between all the riders that had to jump it, american Nicholi Rogatkin was the first to jump. Seconds after was brisith Sam Reynolds, then Antoine Bizet, Louis Reboul and finally Nick. 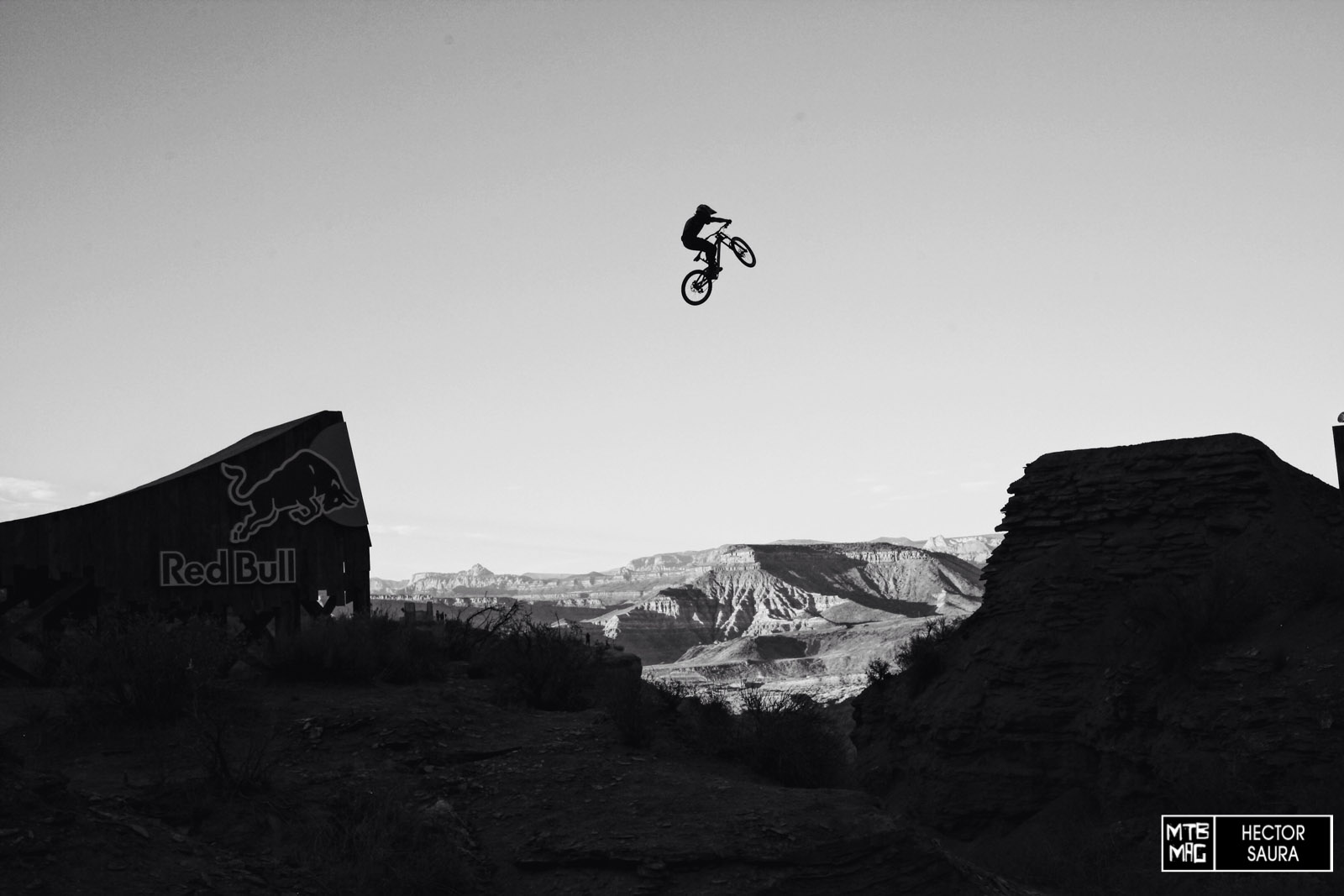 He finally jumped the Canyon Gap that took him over last year. He overcame his fears. Now it was only a matter of time. A couple more times in the qualis and hope for a good score.

After lunch, we took a shuttle to the main entrance and campsite because Nick had a new derailleur waiting for him from the SRAM guys. 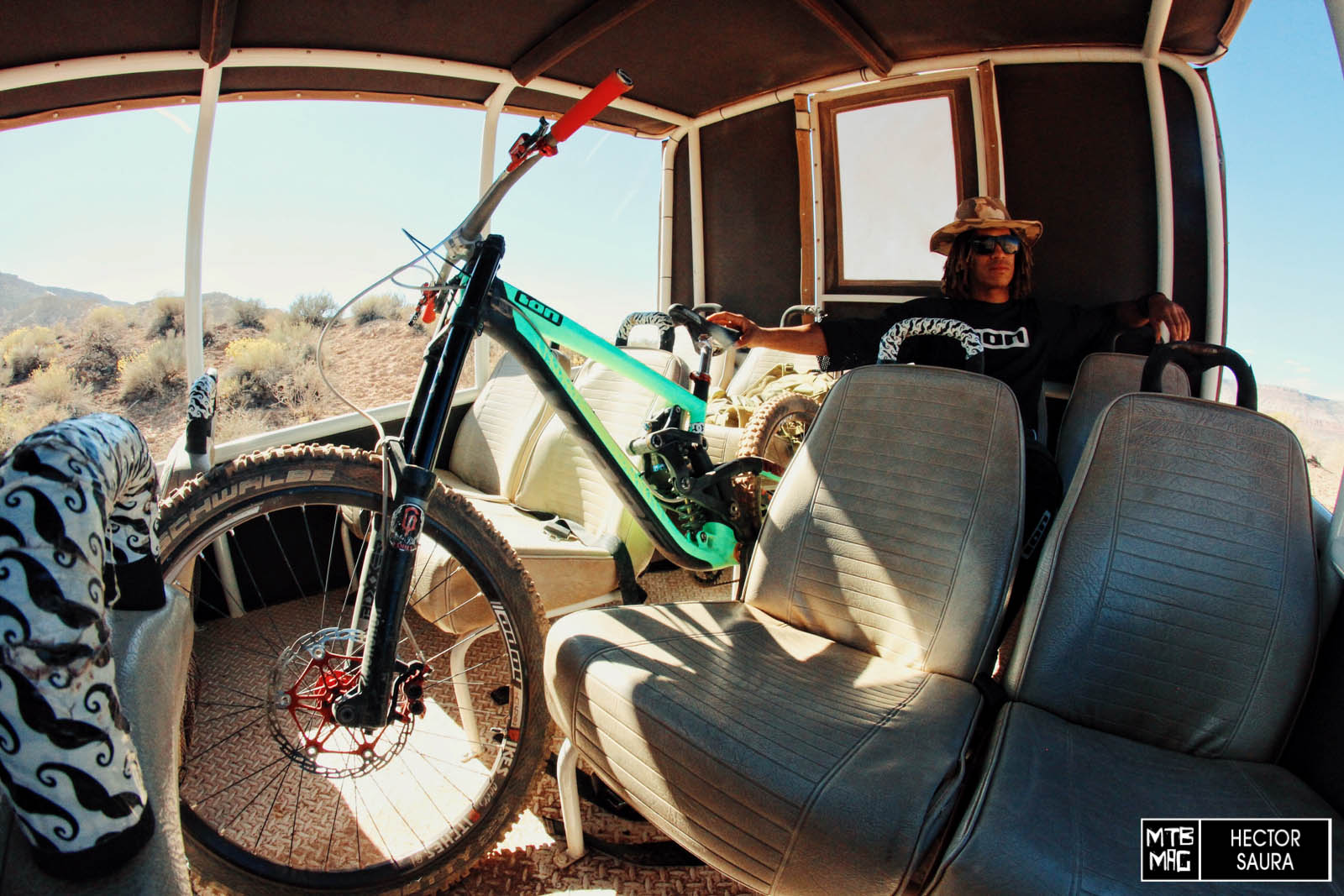 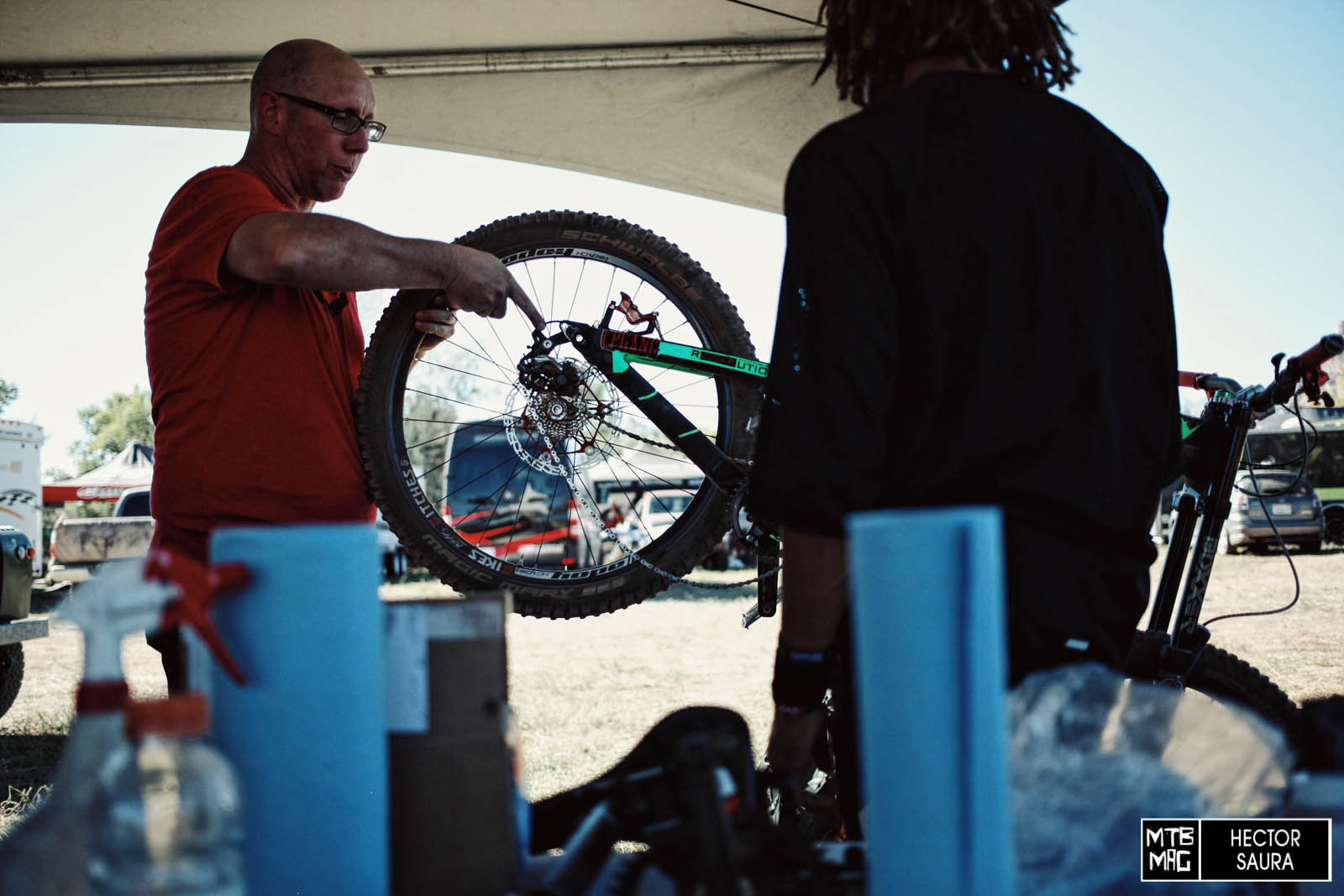 Once they finished putting the new derailleur on his bike, we went back to the new site for more practice runs on the RZR Jump.

Nick is more than used to big jumps, as he is part of the FEST Series. He took it easy, doing tricks like suicide no-handers or stylish eurotables one-foot, but he wanted to go bigger in the qualis. 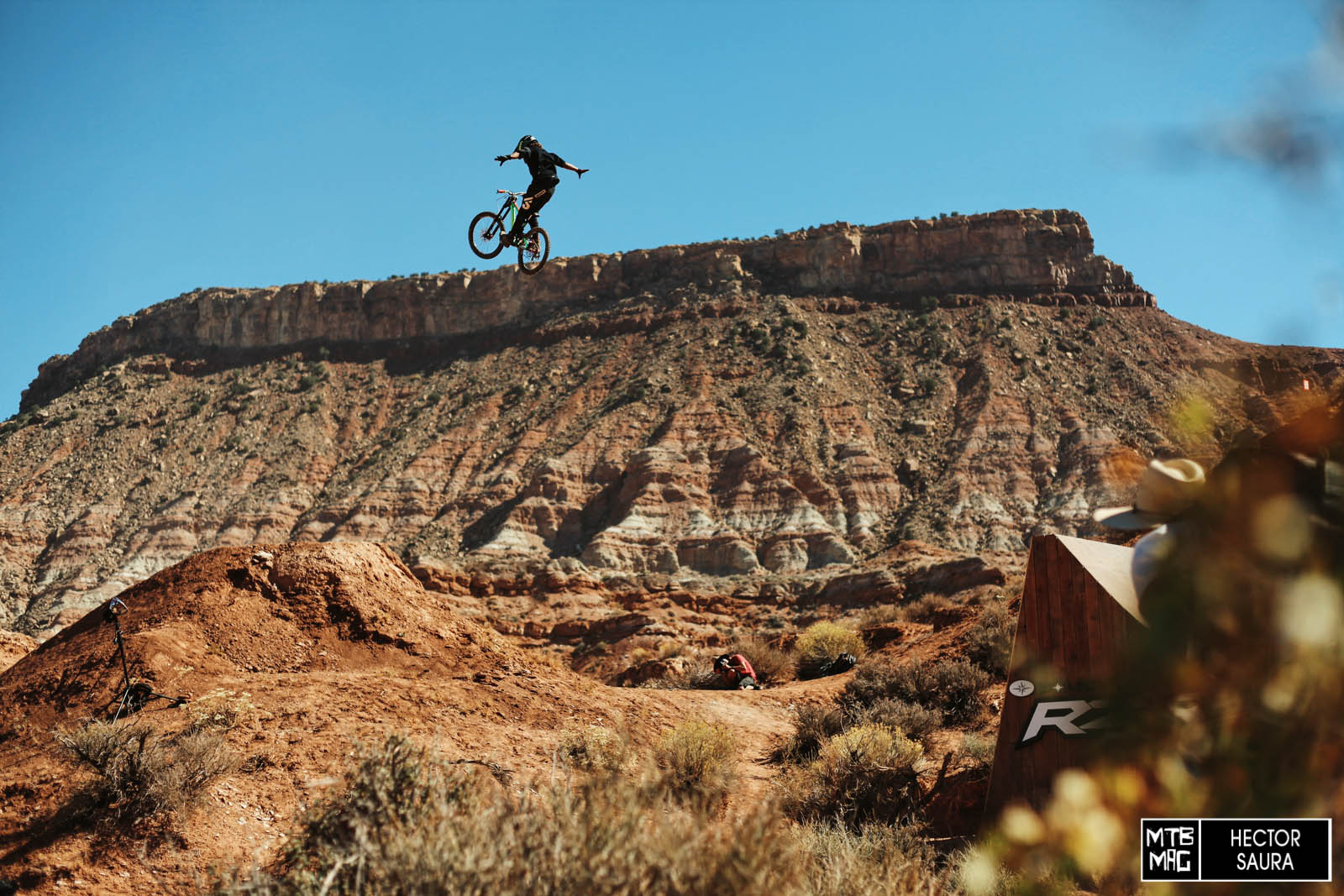 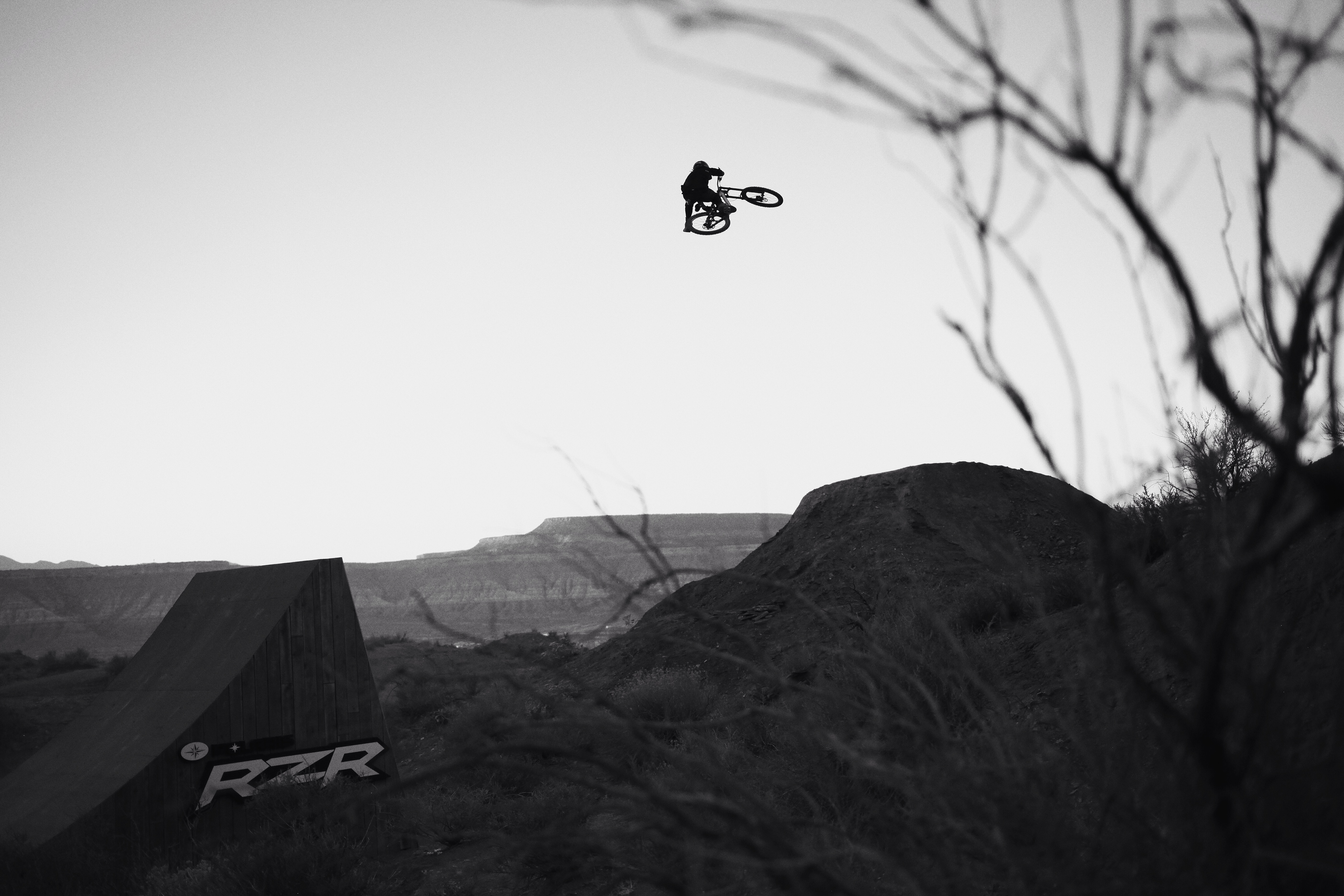 It was another long day in the desert. Nerves, hot weather and dust. But at the end our hard work paid off. Nick was able to make a run top to bottom a couple times without hurting himself. That is a very important thing for any competitor out here because if you get to the big day without having had the opportunity of completing your line a couple times, the consequences are likely to be bad.

Now he only had to add a couple tricks here and there, made it to the bottom and with a little bit of luck ride in the finals. 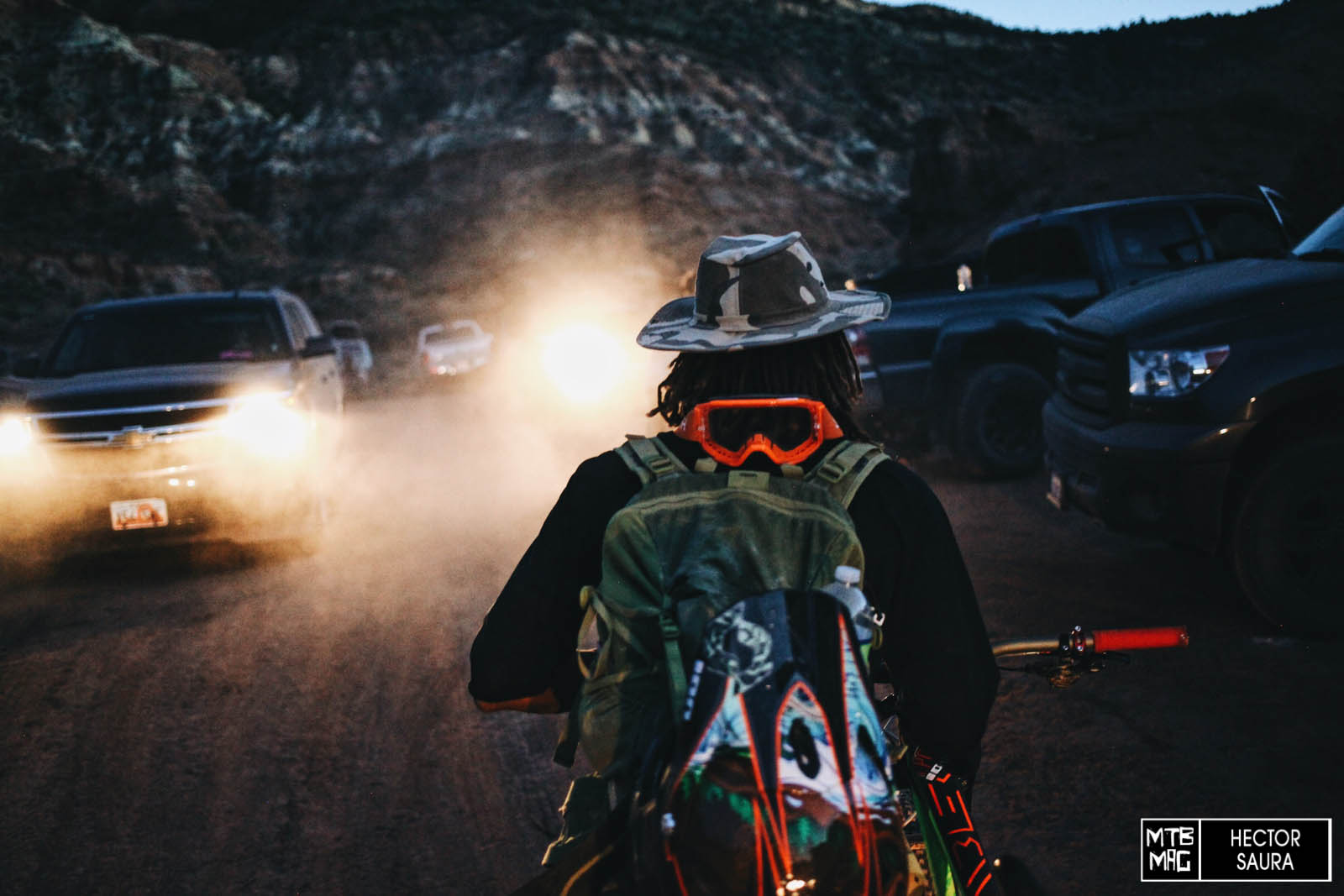 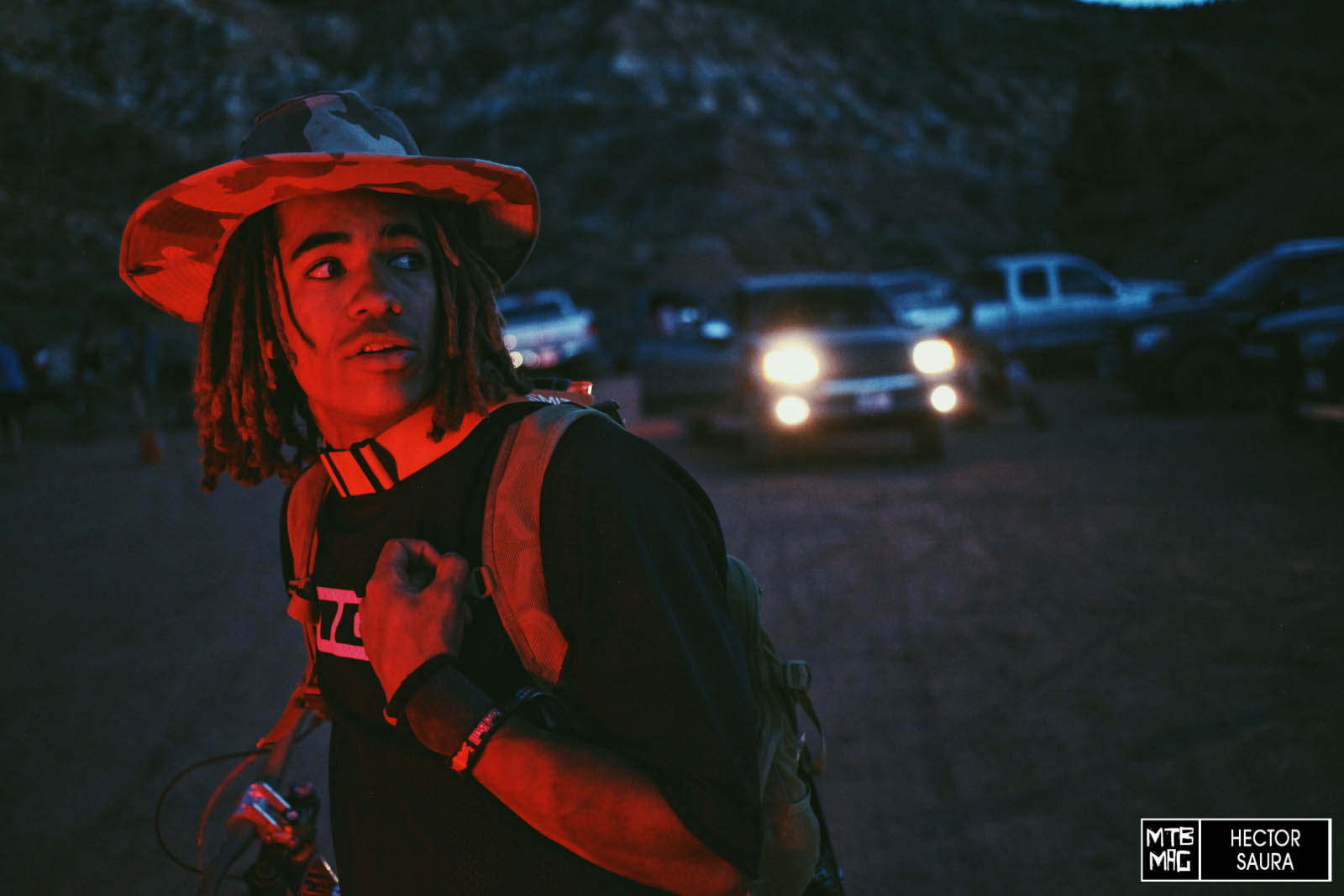 Stay tuned to our next article that we will share after the qualis.