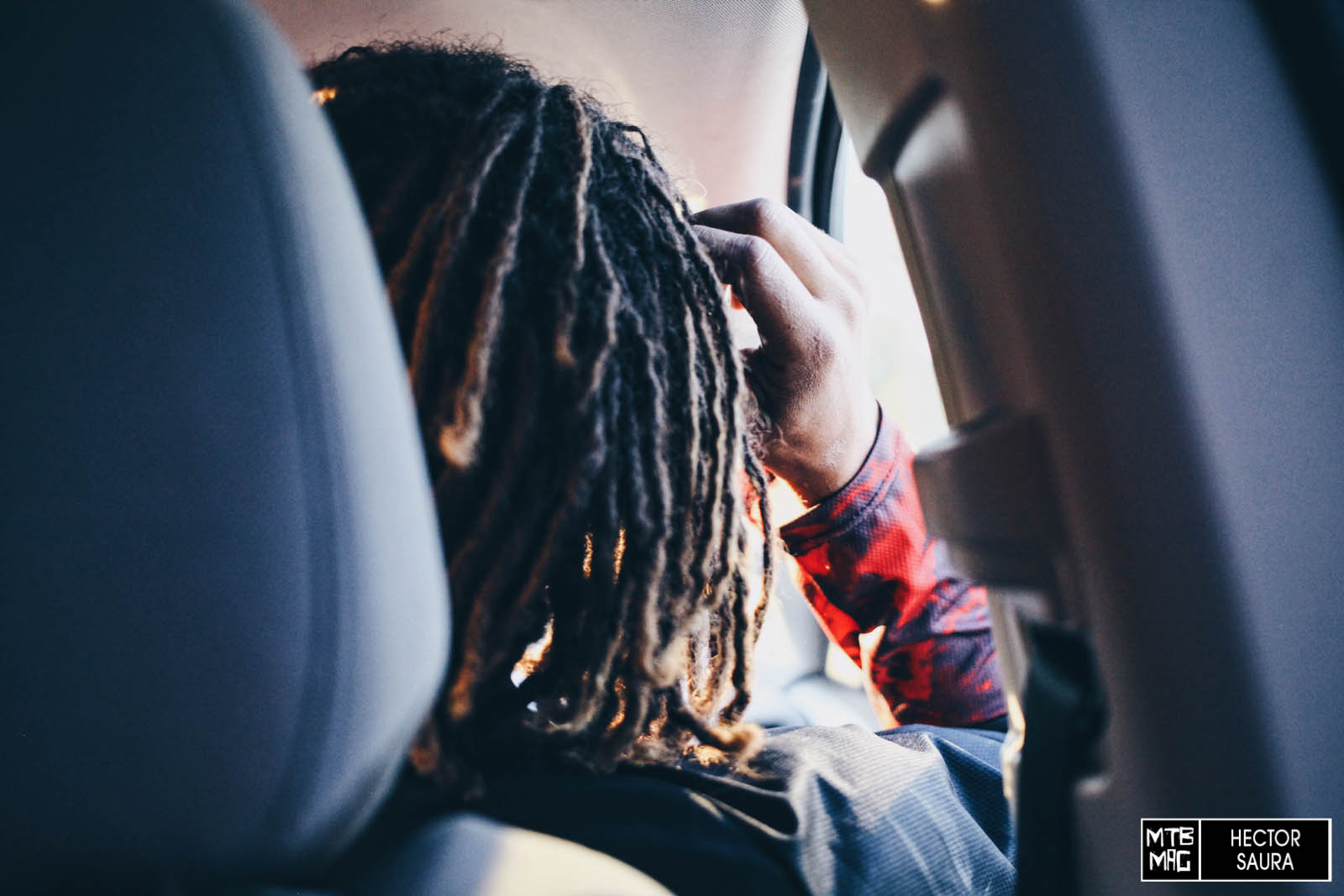 And the big day arrived. All the hard work that Nick and his diggers put on his line was going to be profitable. He woke up quiet and serene for the qualis.

To be there it is such an achievement for him, because like most of you know, he couldn’t ride in the qualis because of an injured wrist. Any rider that competes, rides or attends this event has all our respect. It doesn’t matter if he wins, loses, makes it to the finals or not. This place is gnarly, the most extreme thing that you can do on a mountainbike. Only those who have seen it with their own eyes know why. 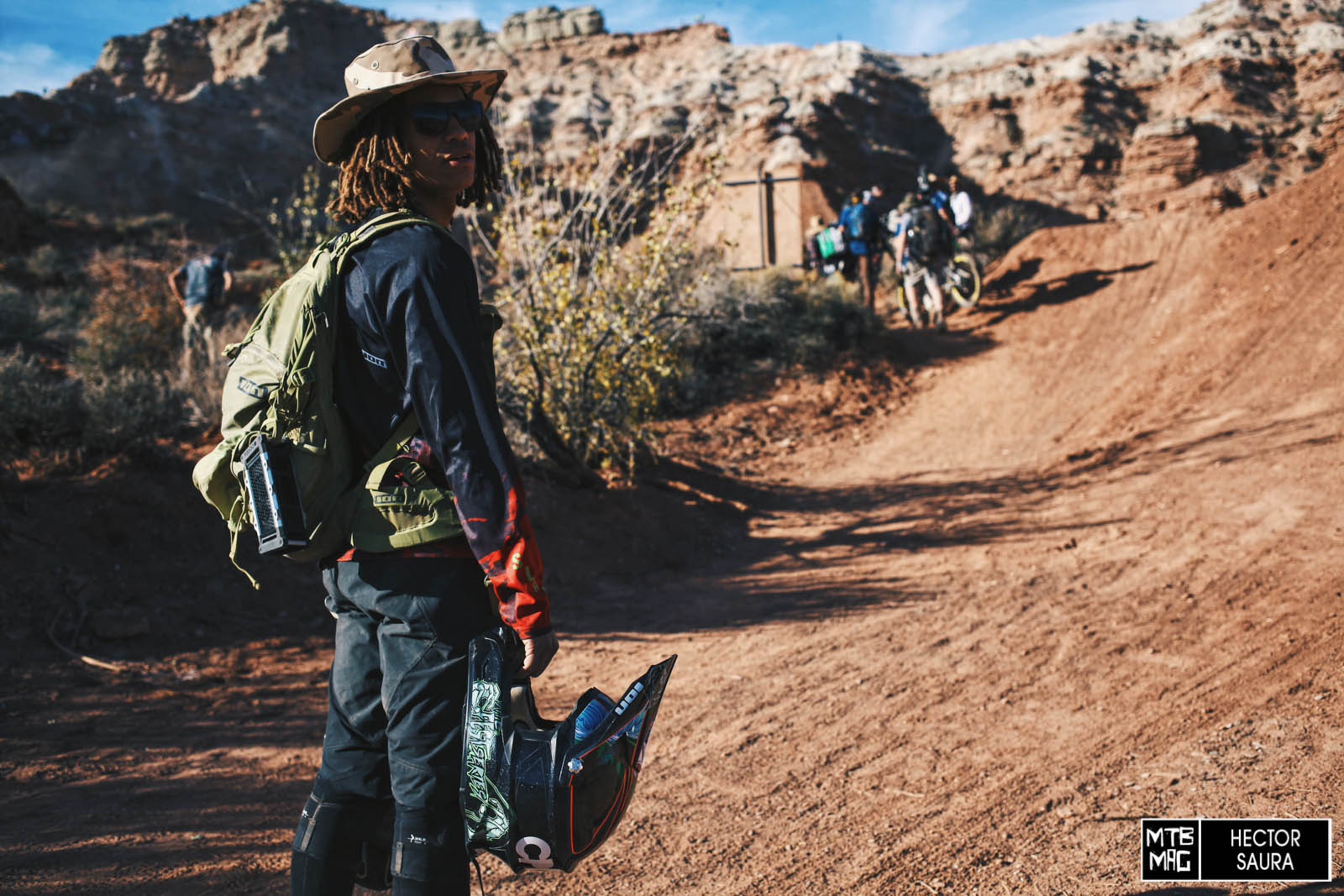 We talked about it the night before. The first run was going to be an easy one. No big tricks, no pressure. Just to cross the finish line. The second run Nick was going to do his big tricks, all of them on his line for a good score. He started descending, he cleared the double drop, continued to the right hip in the middle of the line, just before the Canyon Gap. He brake, and roll-in. Cleared the Canyon Gap and seconds after the RZR jump. He made it to the bottom. Happiness and joy on his face. Nick had done his first official Rampage run. With one run left, he was sitting 16th. 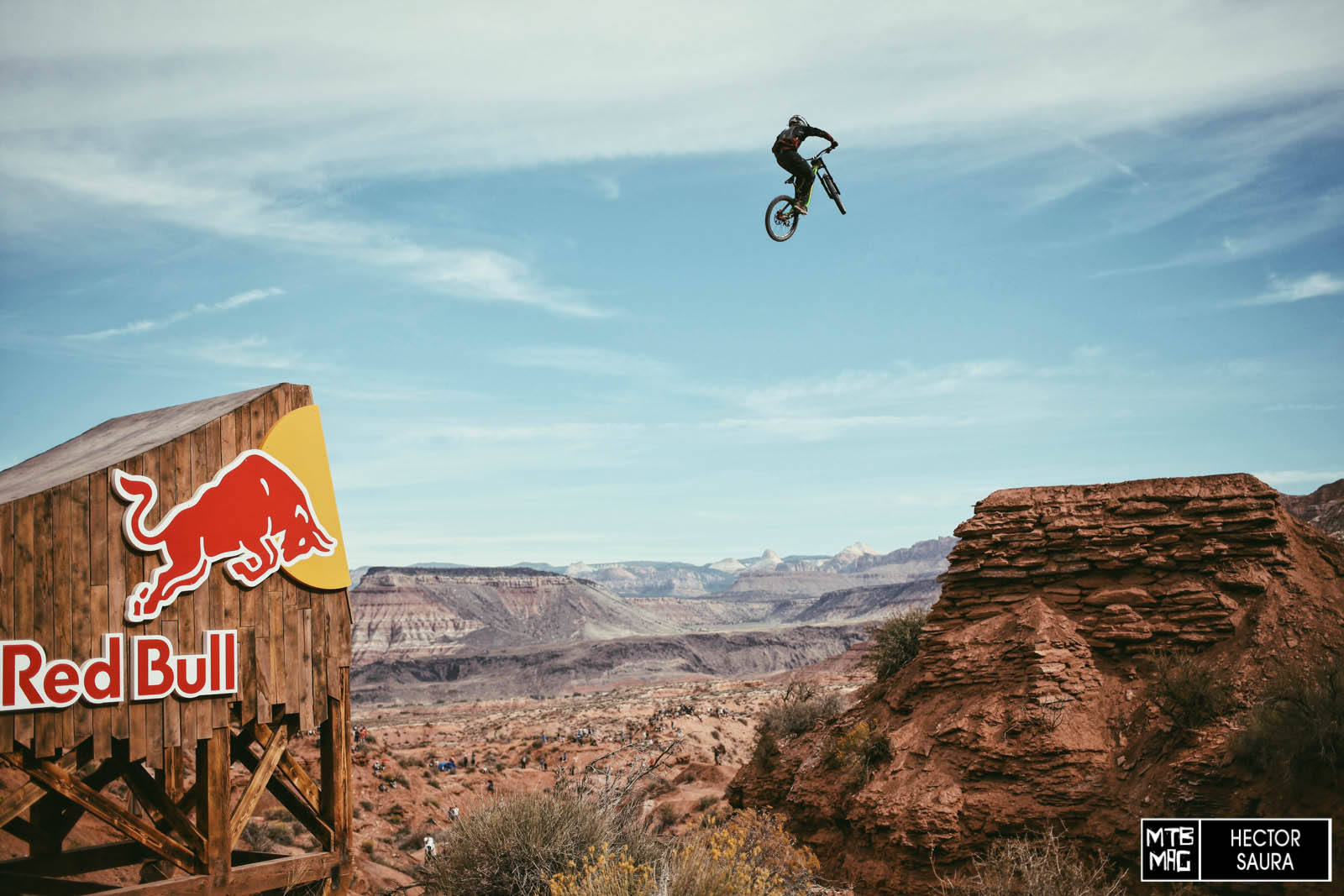 The announcer yelled his name all over the place. Hundreds of fans from all over the world cheered him. The second run was on but unfortunately it didn’t last long. Nick’s Rampage finished as he crashed at the top of his line, after the double-drop. Nick lose grip on his front tire and slided all the way down. His idea was to suicide the Canyon Gap and 360-cork the RZR Jump… But even if he had done that, he says that he wouldn’t been on the finals. The level of riding was too high. 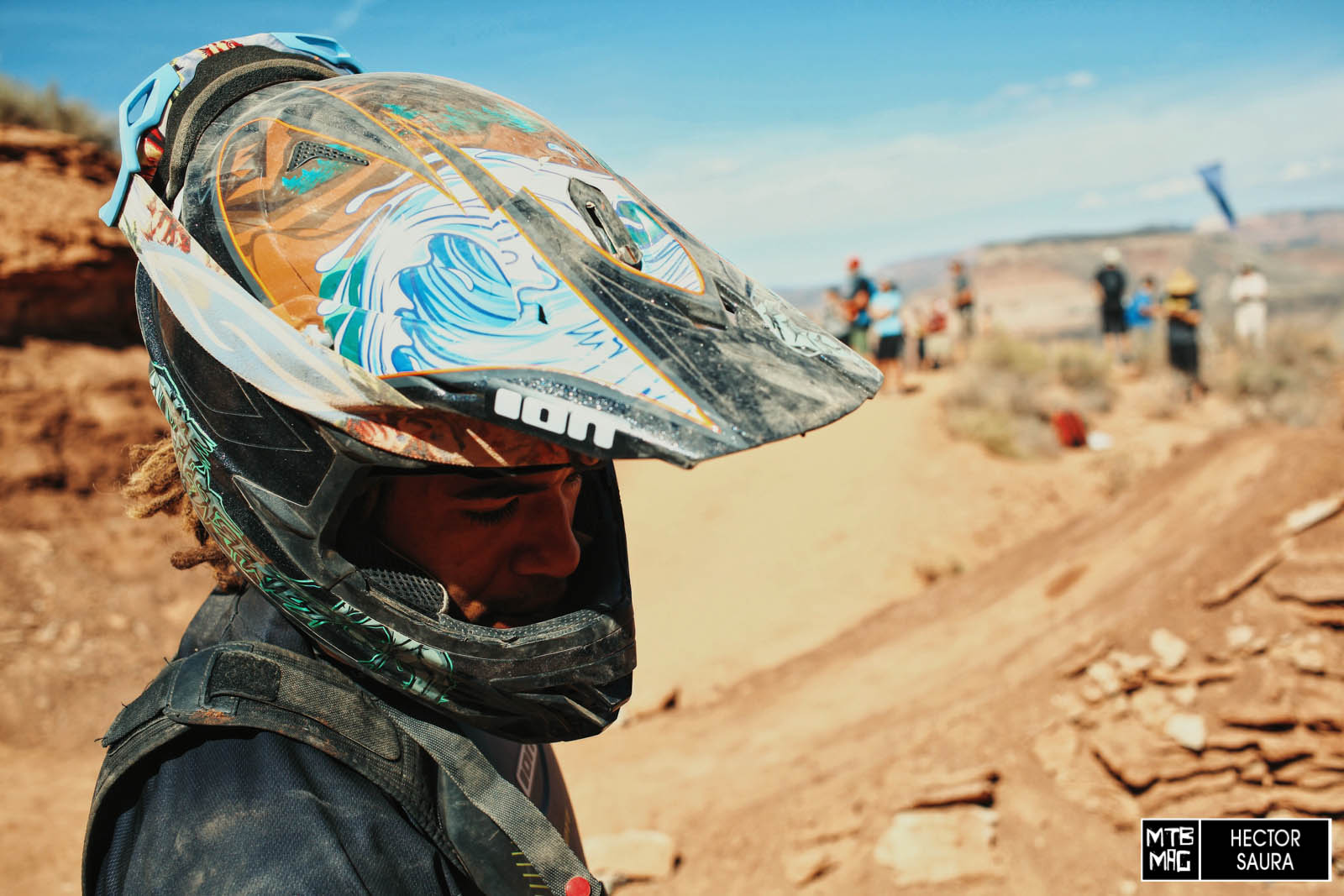 Although he didn’t make it to finals, Nick Pescetto has made history being the first italian freerider to have competed at the Red Bull Rampage, finishing 17th at the qualifying. It is a huge accomplishment for any rider. We are proud of what he has done. Seeing the amount of riders that went down and suffered injuries, Nick couldn’t be happier to walk away healthy and unscratched, finishing his american adventure safe and sound. 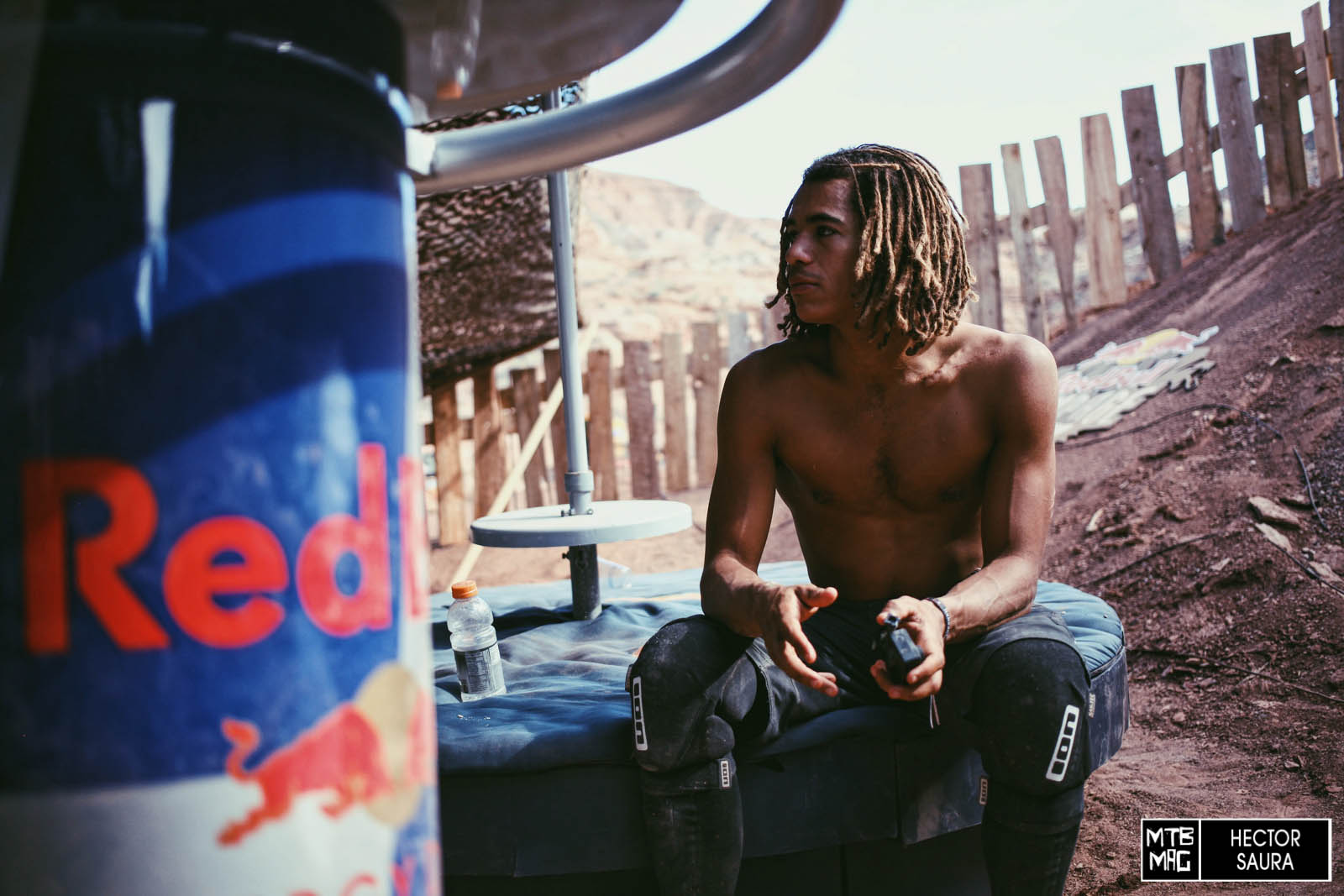 “Even tho I did NOT make it to the finals, I am beyond stoked on how Rampage went for me. I am very happy how I rode and how I felt on my bike. When I dropped I wasn’t nervous at all, I was loving it and having so much fun. I am very glad I hit the canyon gap where I got injuried last year and linked it to the bottom ramp. Making it to the finals is very hard and risky, I personally did not have a digging team with me, other than my friend Hector Saura, so I tried my best to get a good line top to bottom. Huge props to everyone who rode finals, they pushed it so hard. I am walking away from rampage 100% healthy, I am flying to indonesia in 4 days where I will be surfing and working on a new video project. I can’t wait for the next adventure and I love life too much right now. Healing vibes to all my friends who got hurt riding this crazy event and putting their lives on the line riding bikes in this terrain.
Thanks for everyone who supported me and helped out!
Thanks to Hector Saura for being there following this trip as a photographer for MTB-MAG and for becoming a digger for a couple days.
Thanks to all my sponsors SCOTT Sports, Hope Technology Ltd, The Chillhouse – Bali Surf and Bike Retreats, Fugoo, Smith Optics and especially to ION bike who did all they could to get me out here and to Luis from CP GANG for always having my back.“ – Nick Pescetto