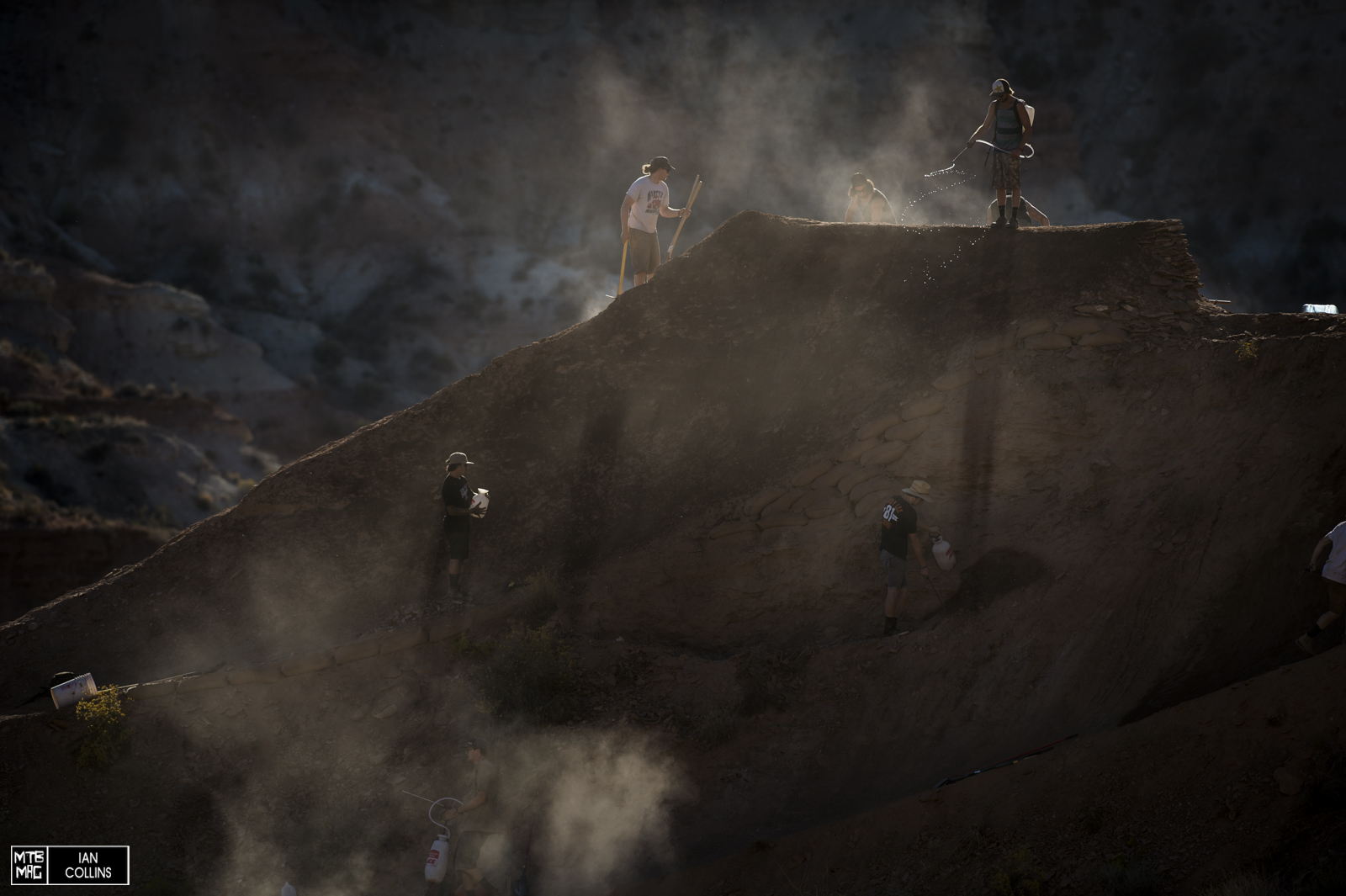 In typical Rampage fashion, on our first day we were met with blazing heat, sketchy lines and LOTS of dust. More so than in years past, there has been quite a bit of quarreling over line choice. Particularly on the riders right ridge but likely due to the rather large start list and a great deal of both new riders and vets coming back from injury. We can’t wait to see what everyone really has in store tomorrow as the lines start to really come together. 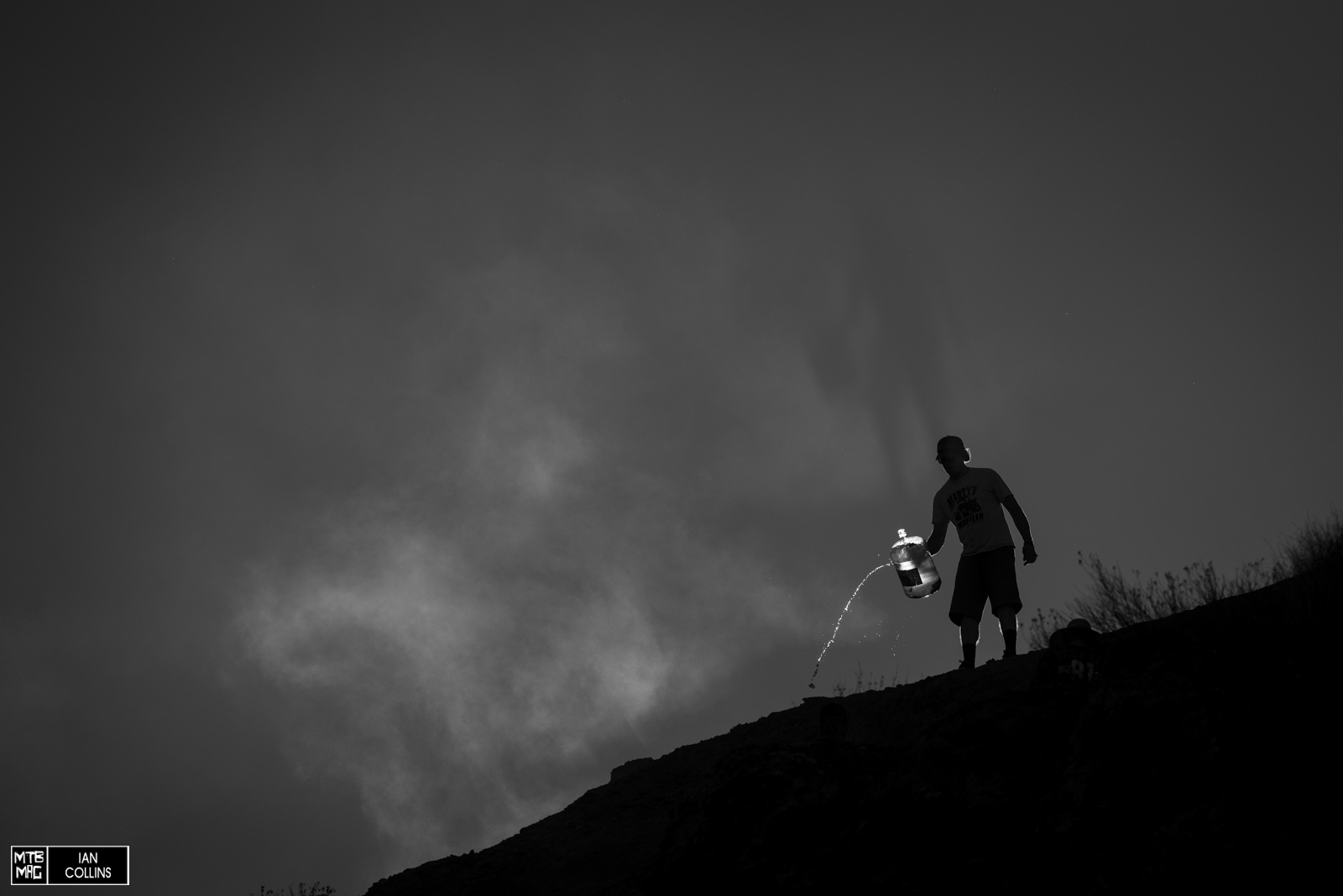 Day One in the Utah Desert. Water, picks, shovels, sandbags etc. Everyone was in the zone and productive. 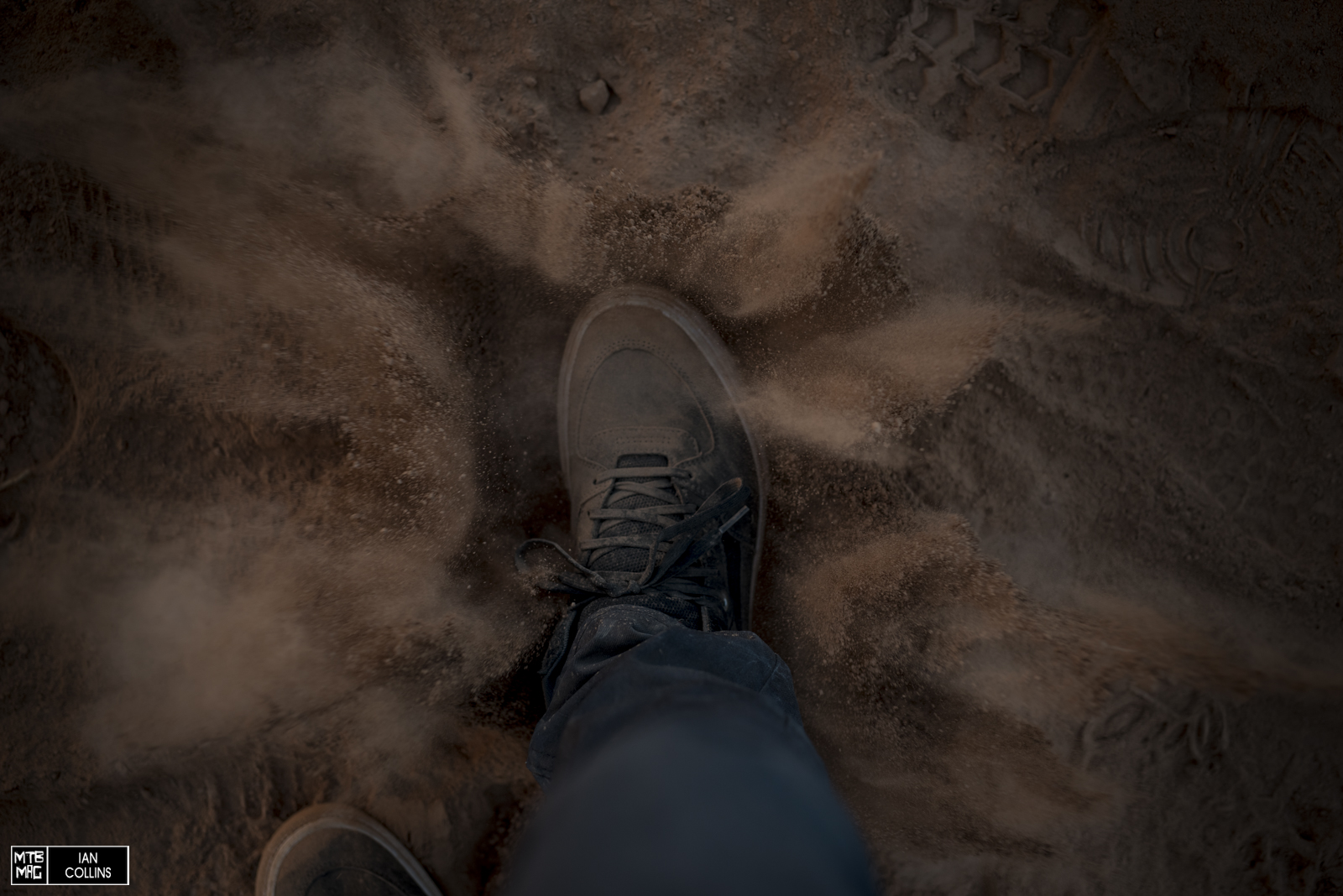 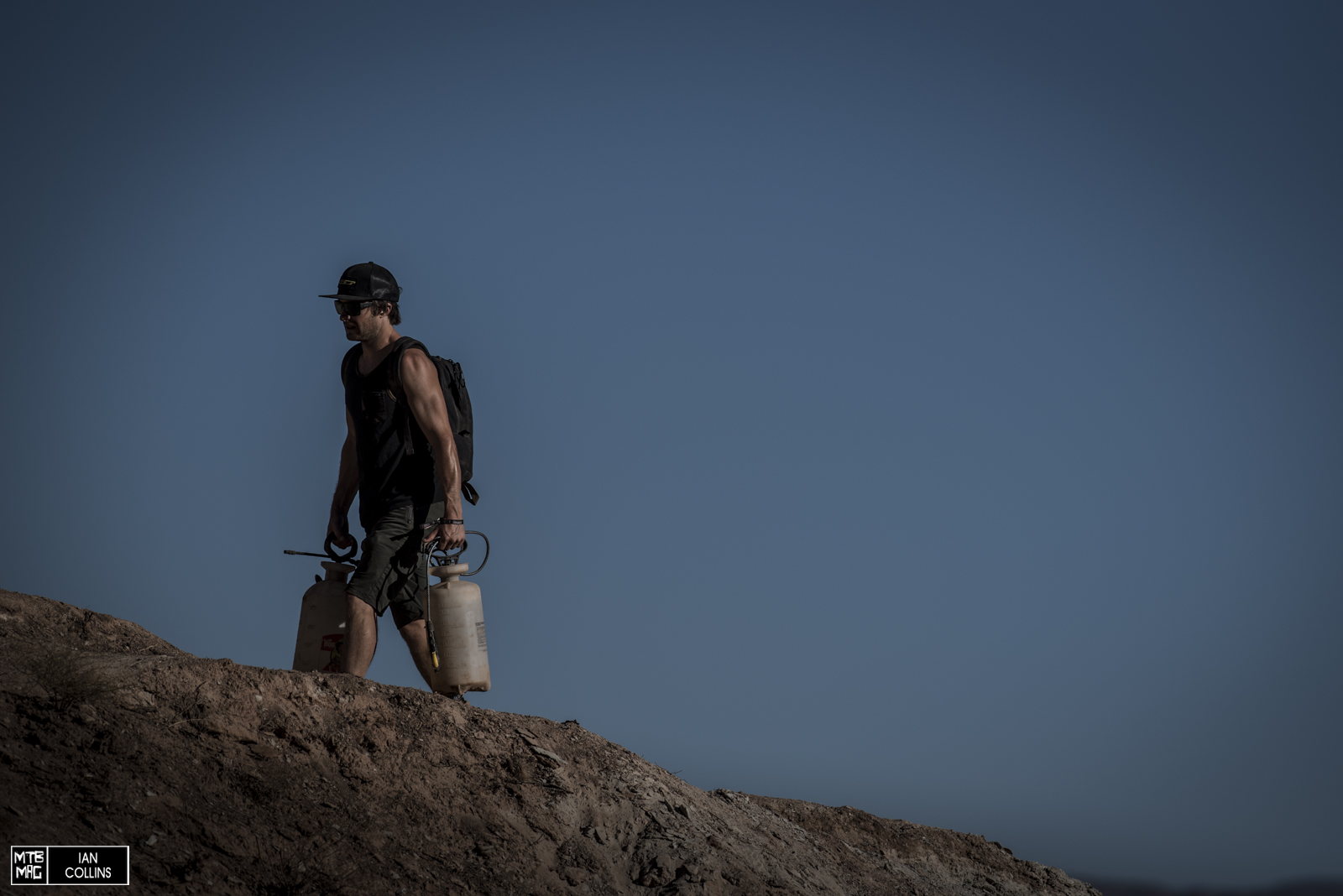 T-Mac making his ascent to pack in his monster landing 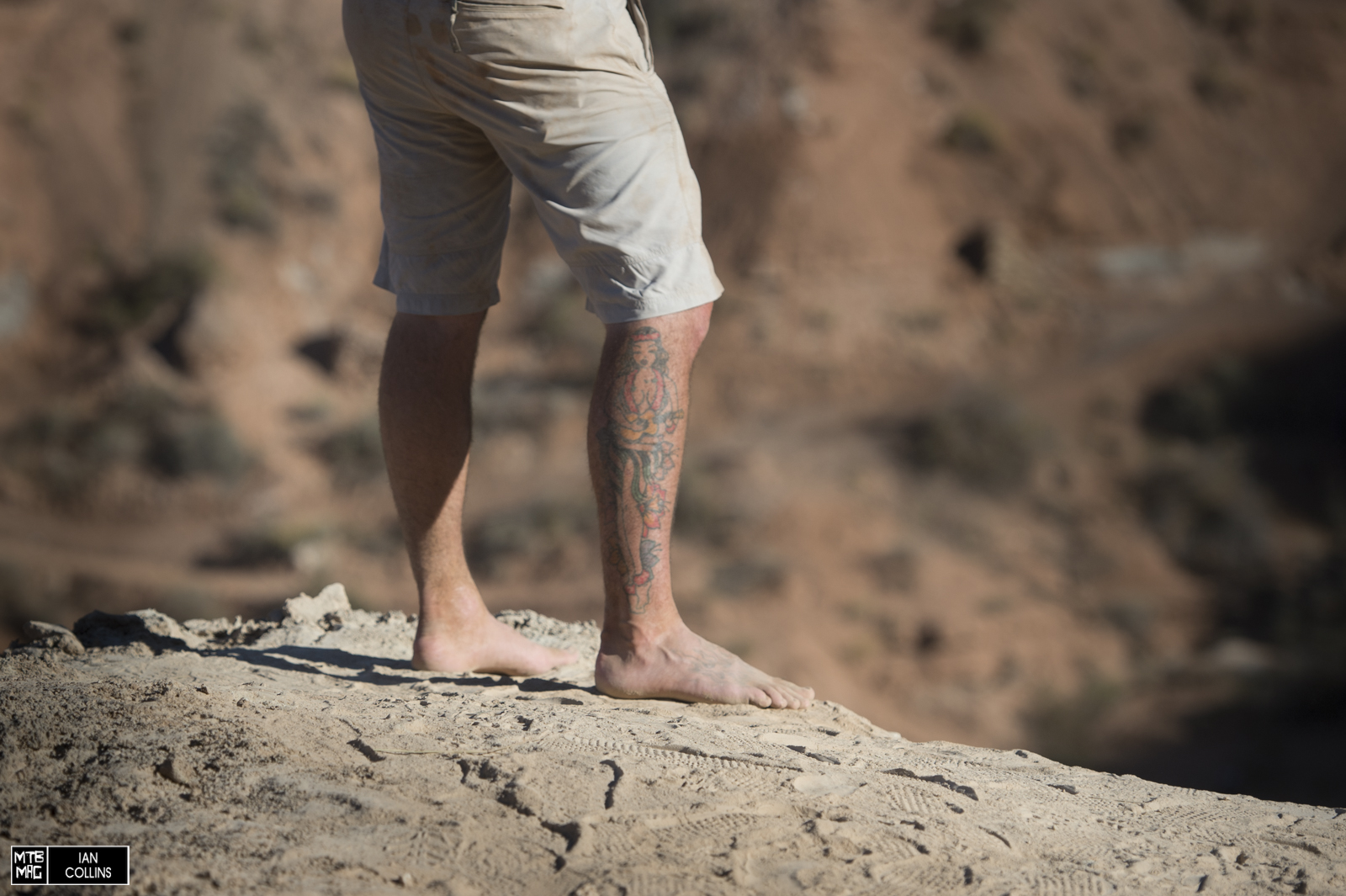 This guy wore the right footwear… 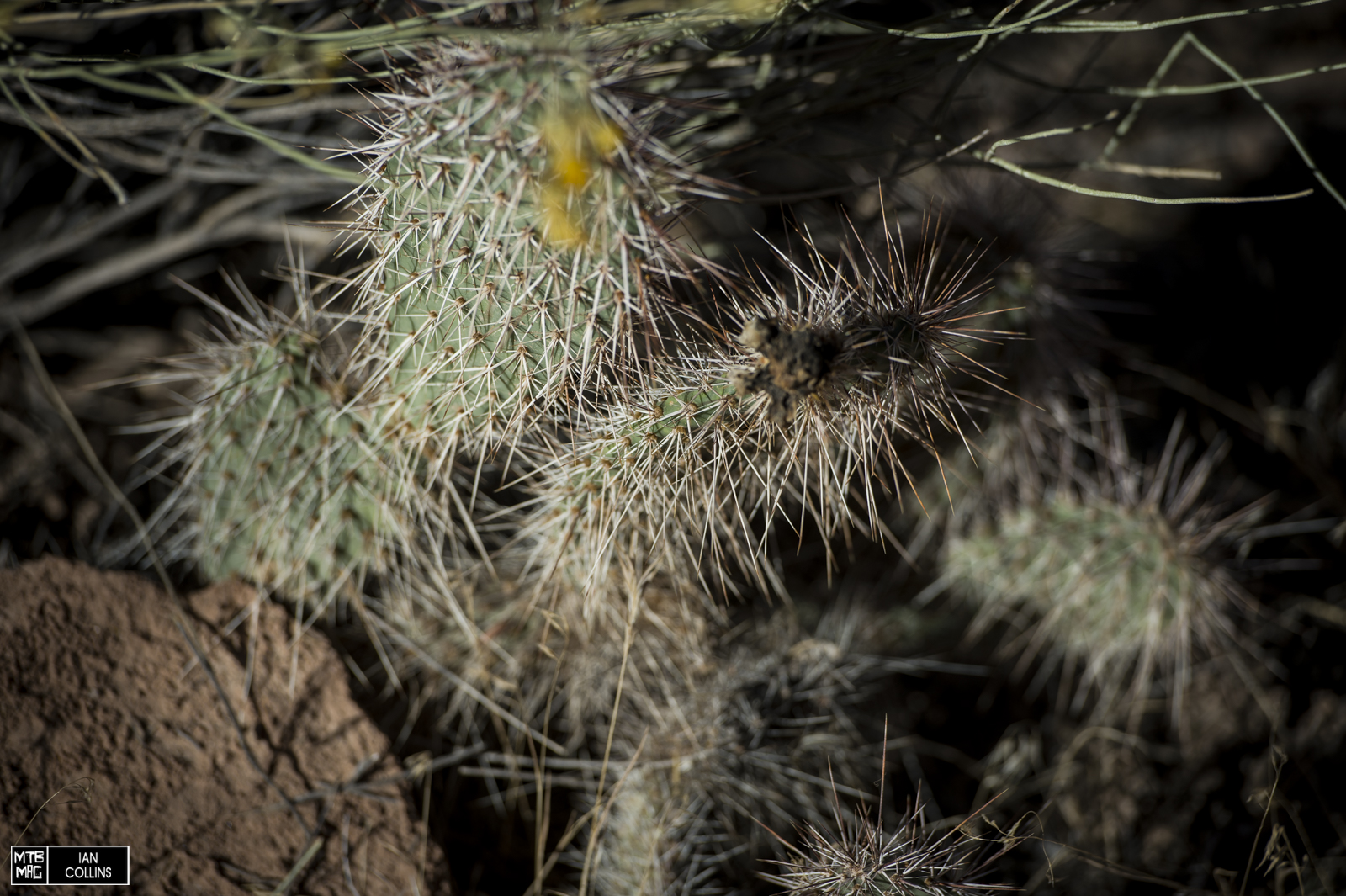 …providing he avoids this. 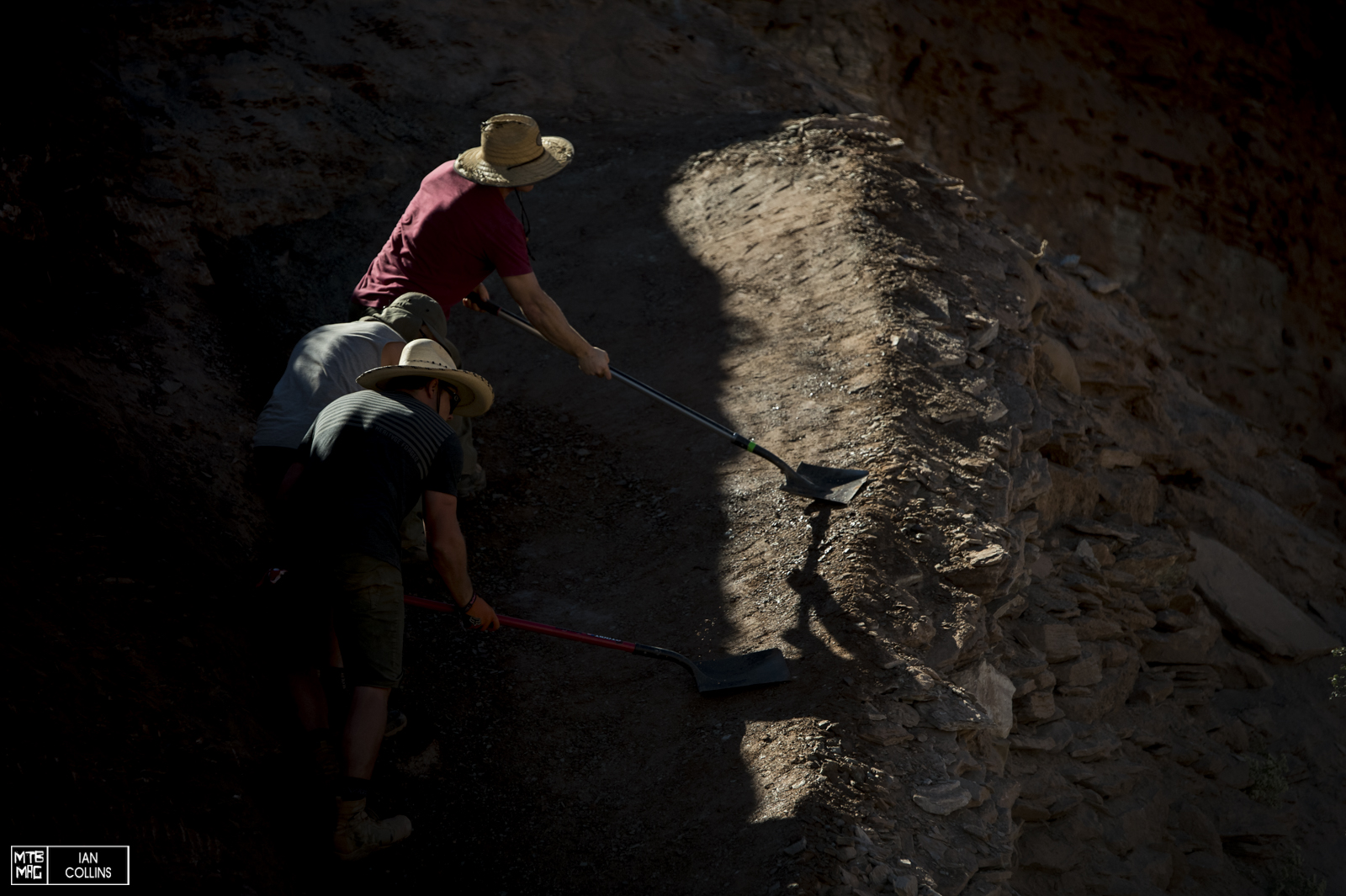 Kyle Strait is no stranger to the desert. He and his dig crew pack away at a mega berm. 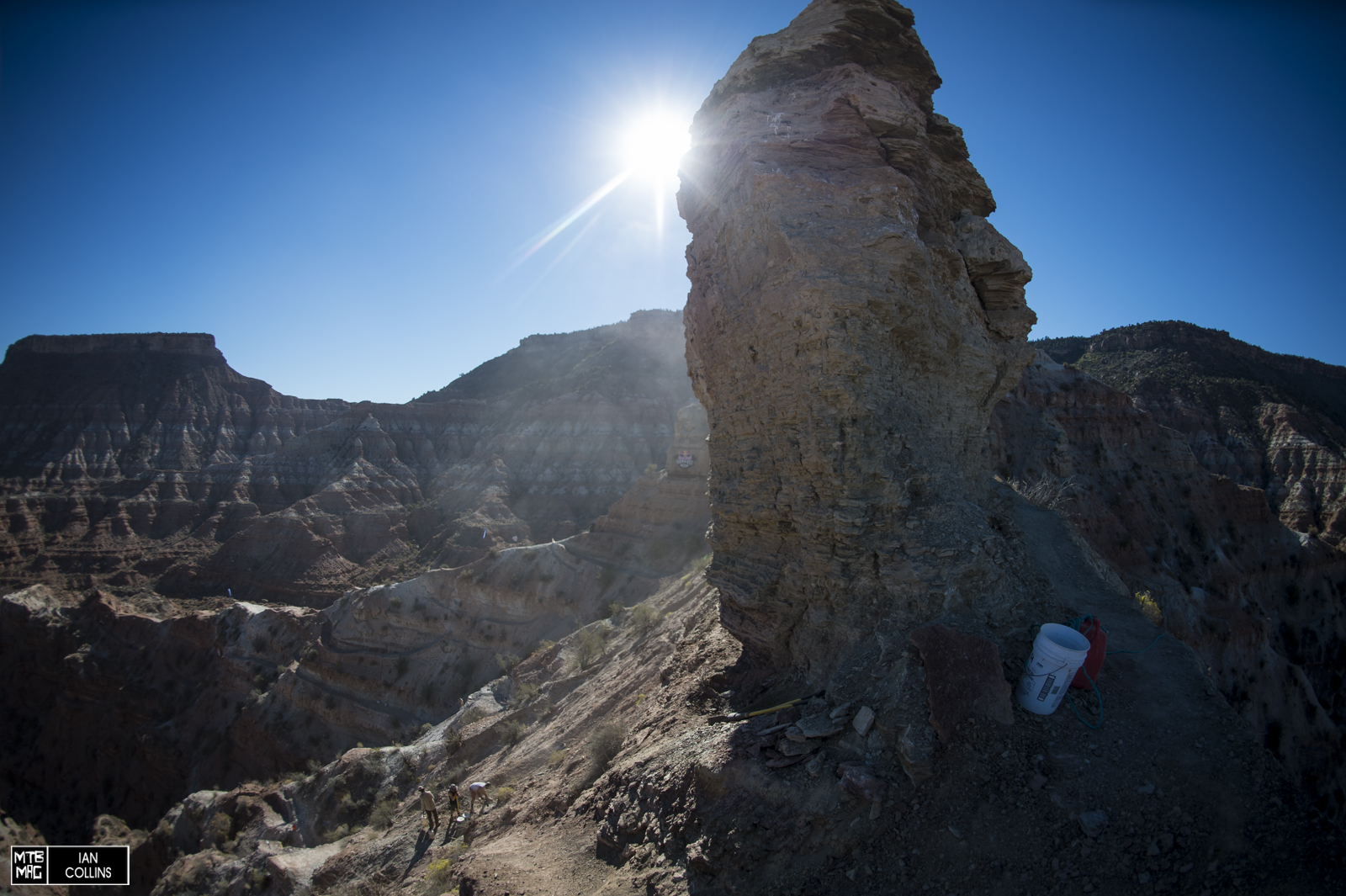 The top is exposed. Exposed to the point that it’s nauseating.

Long shadows and backlit dust. Photographers dream but a nightmare for a camera sensor. 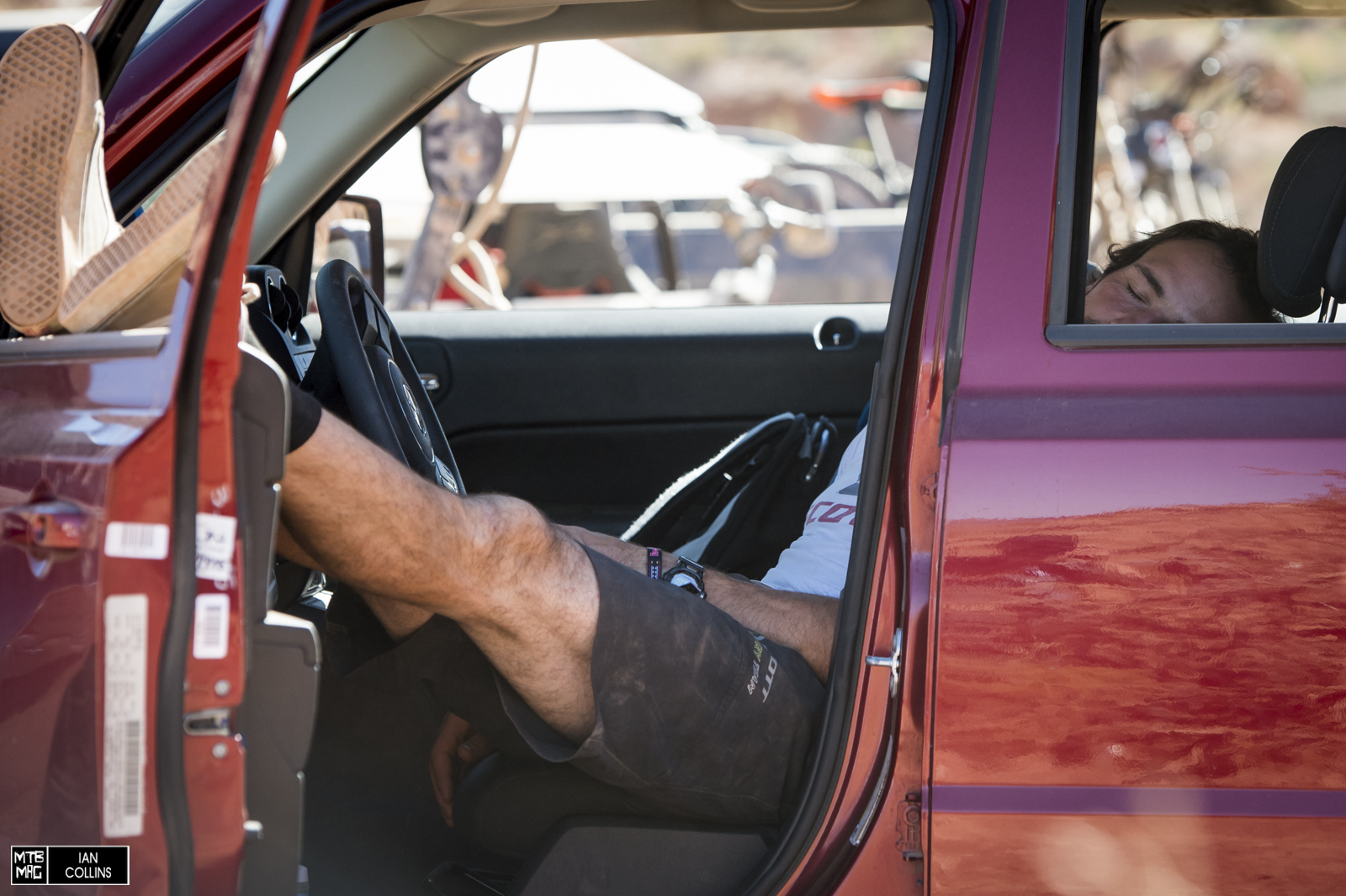 Claudio Caluori is here and likely a bit jet lagged. Can’t blame him for catching up. Legend! 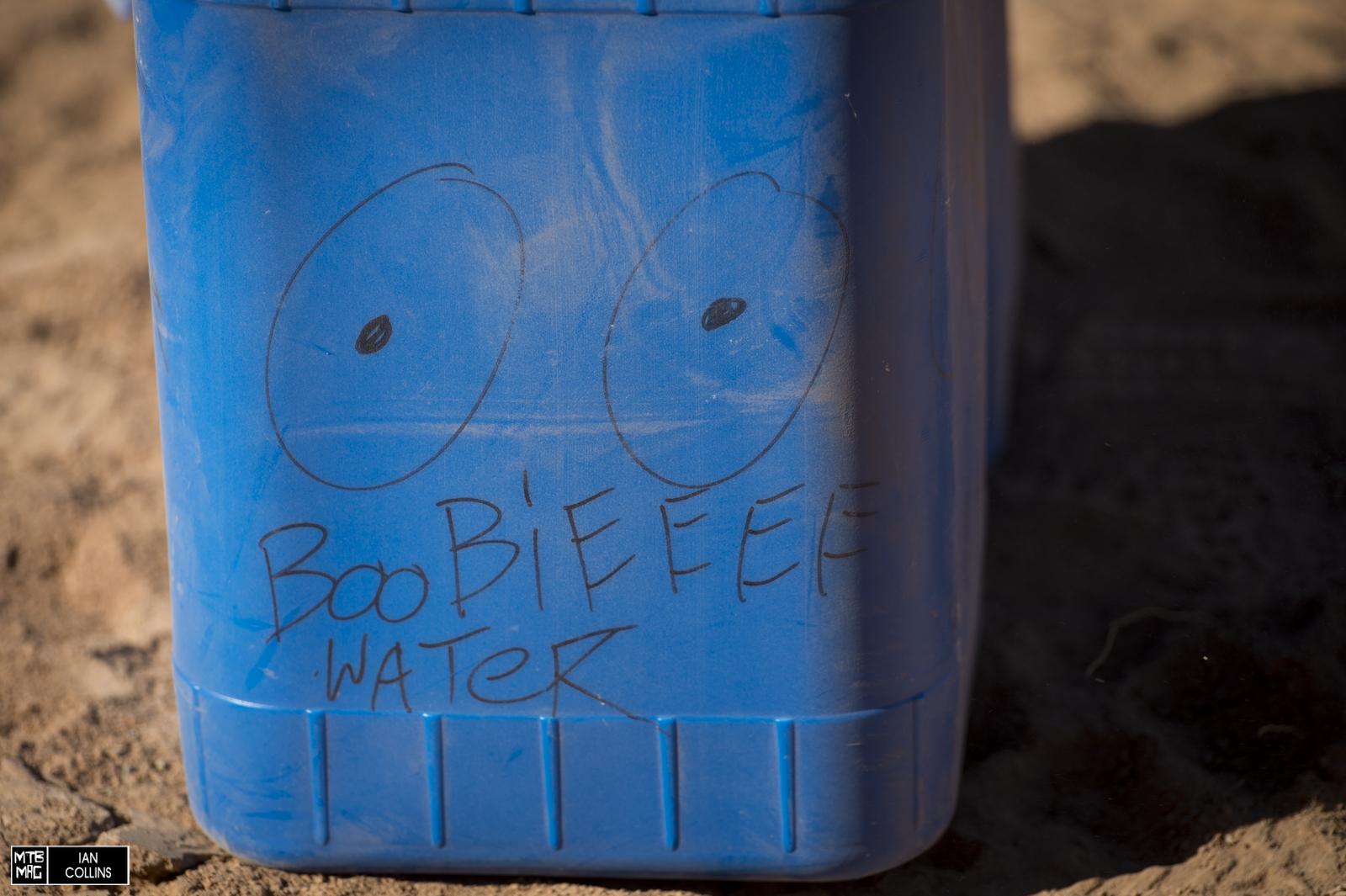 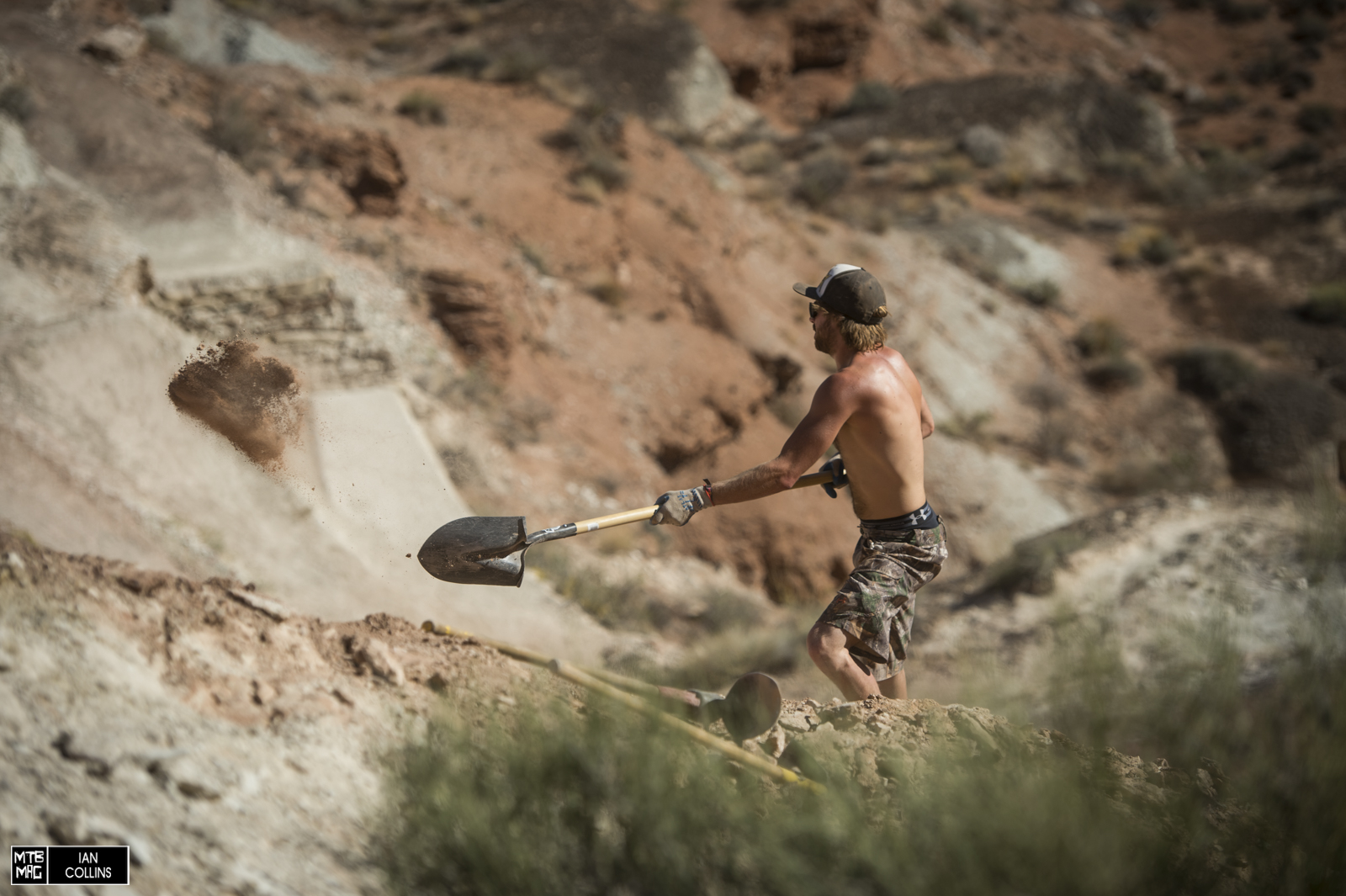 Sorge is back and looking for a repeat win. 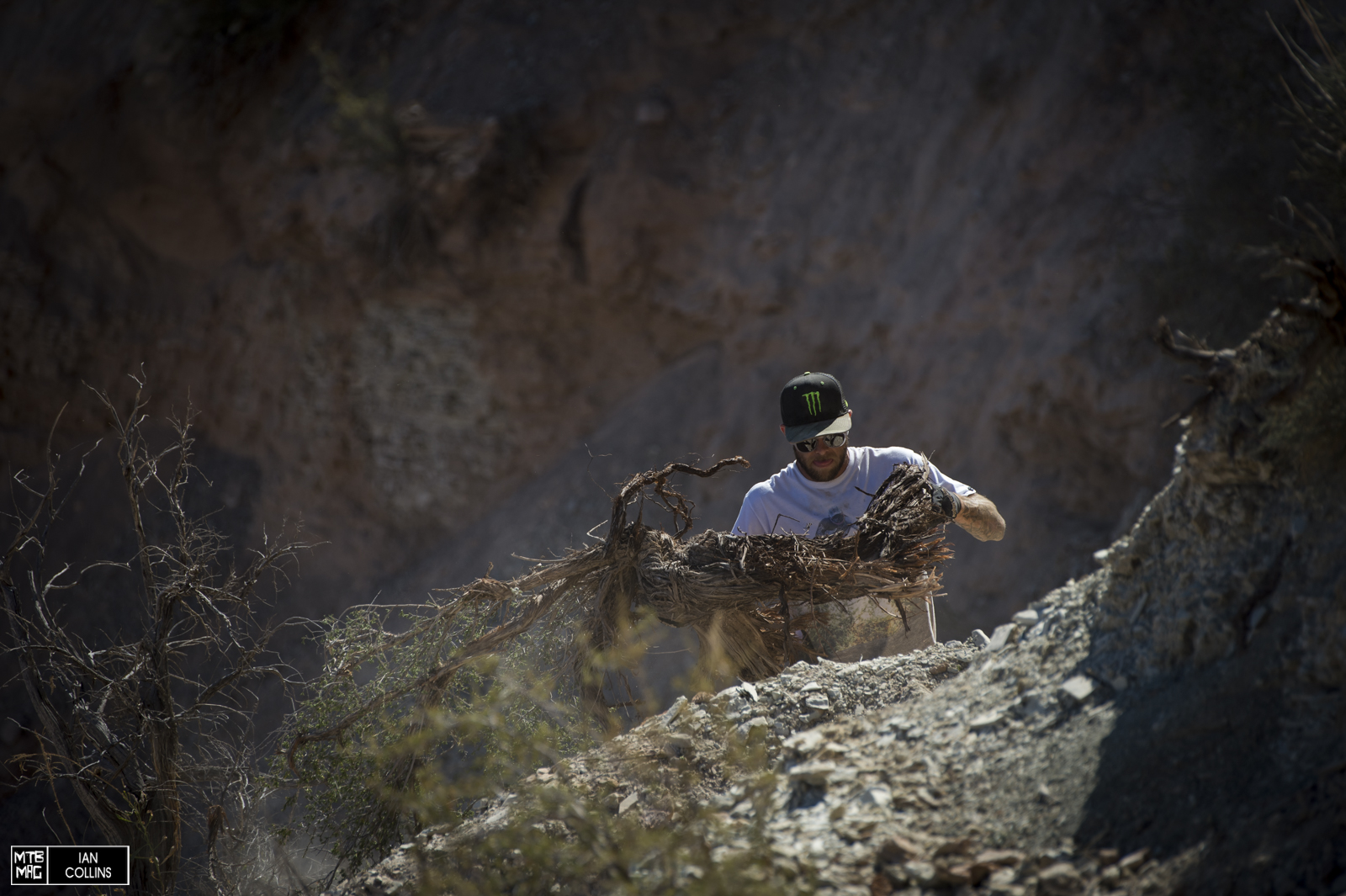 No breaks for this guy. Cam is one of the hardest working riders in MTB with no signs of slowing down. 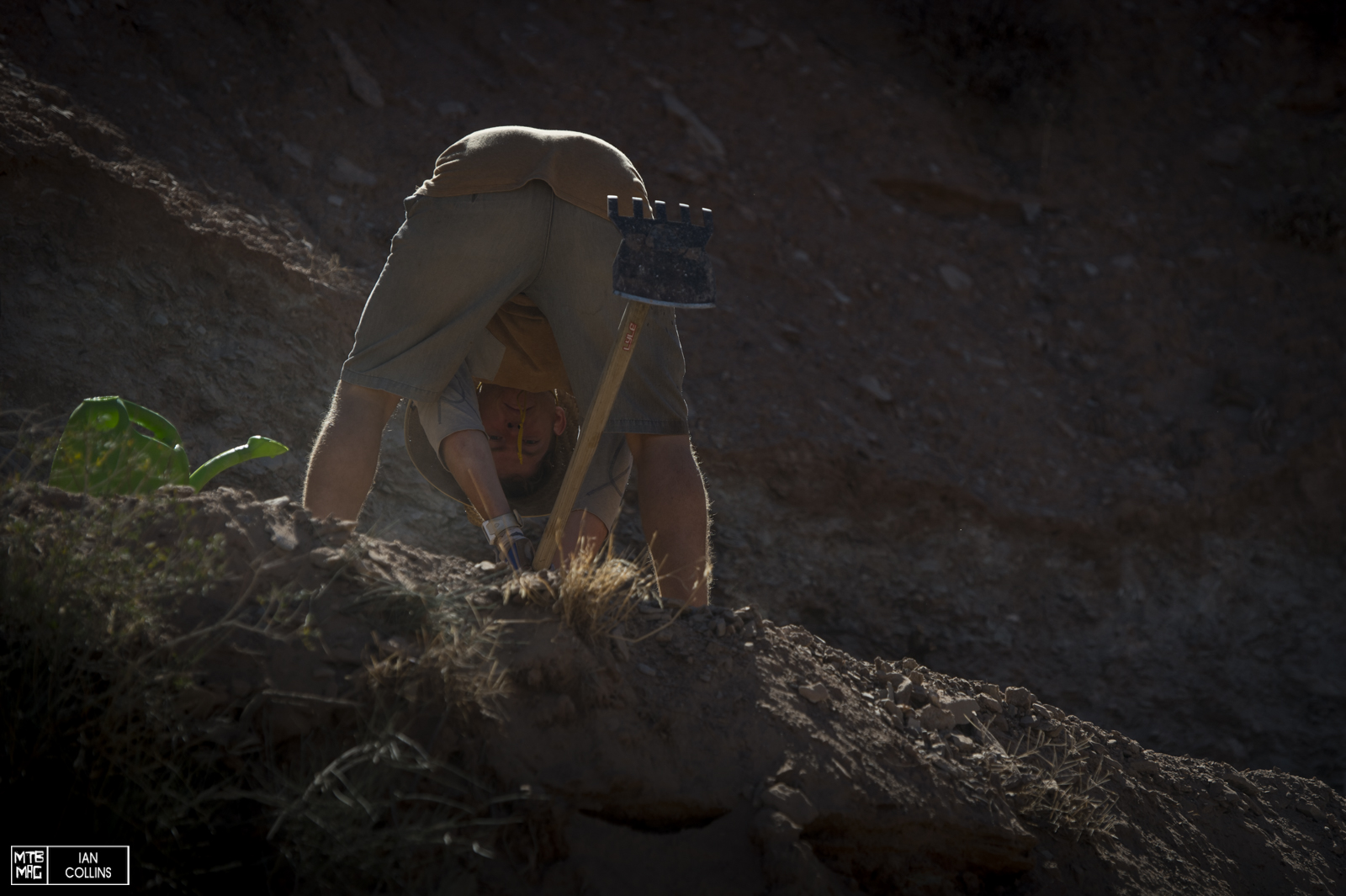 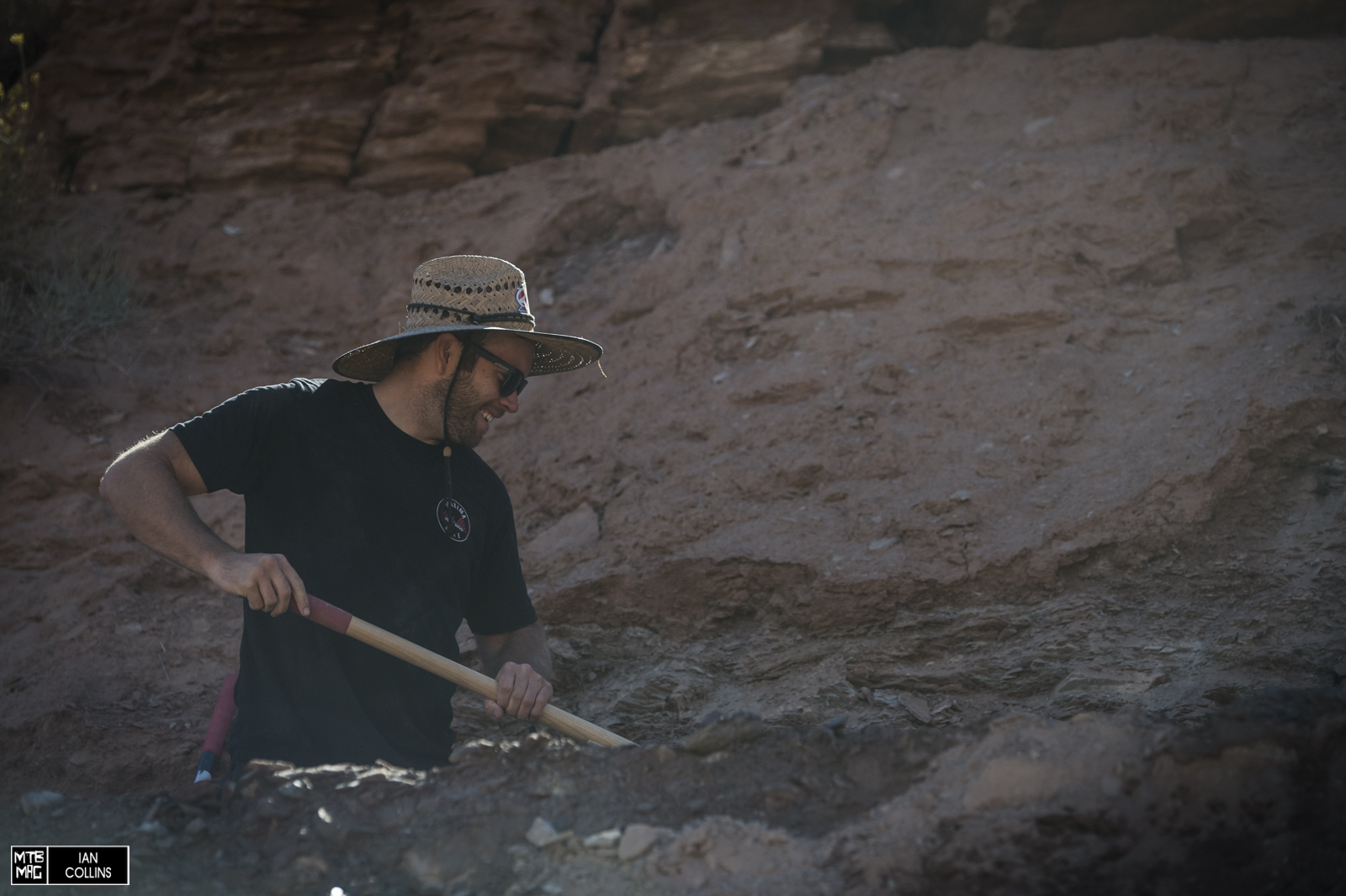 Griz – smiling as always and doin it right. Sorry Luca. 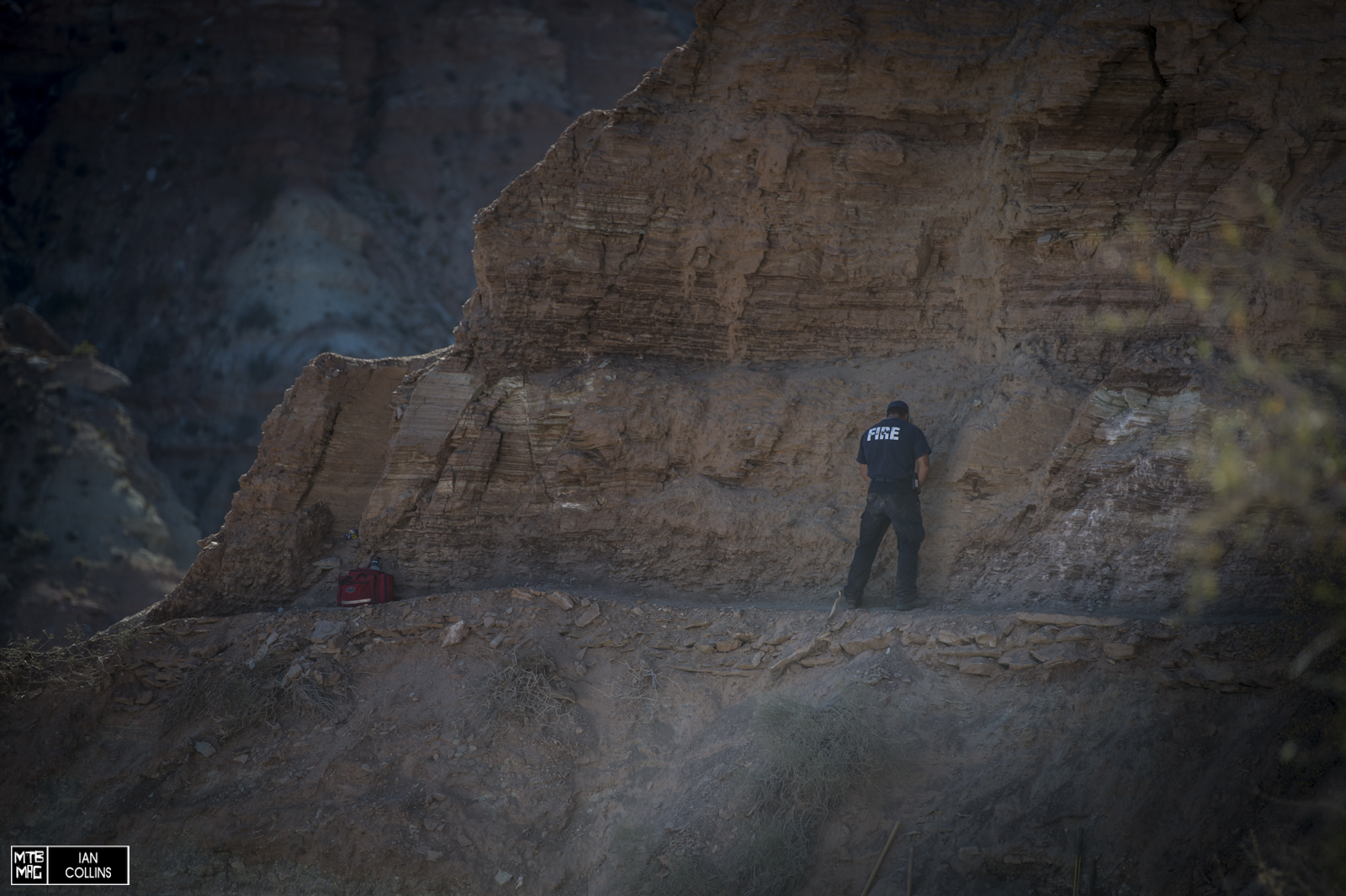 Gotta take a break at some point. 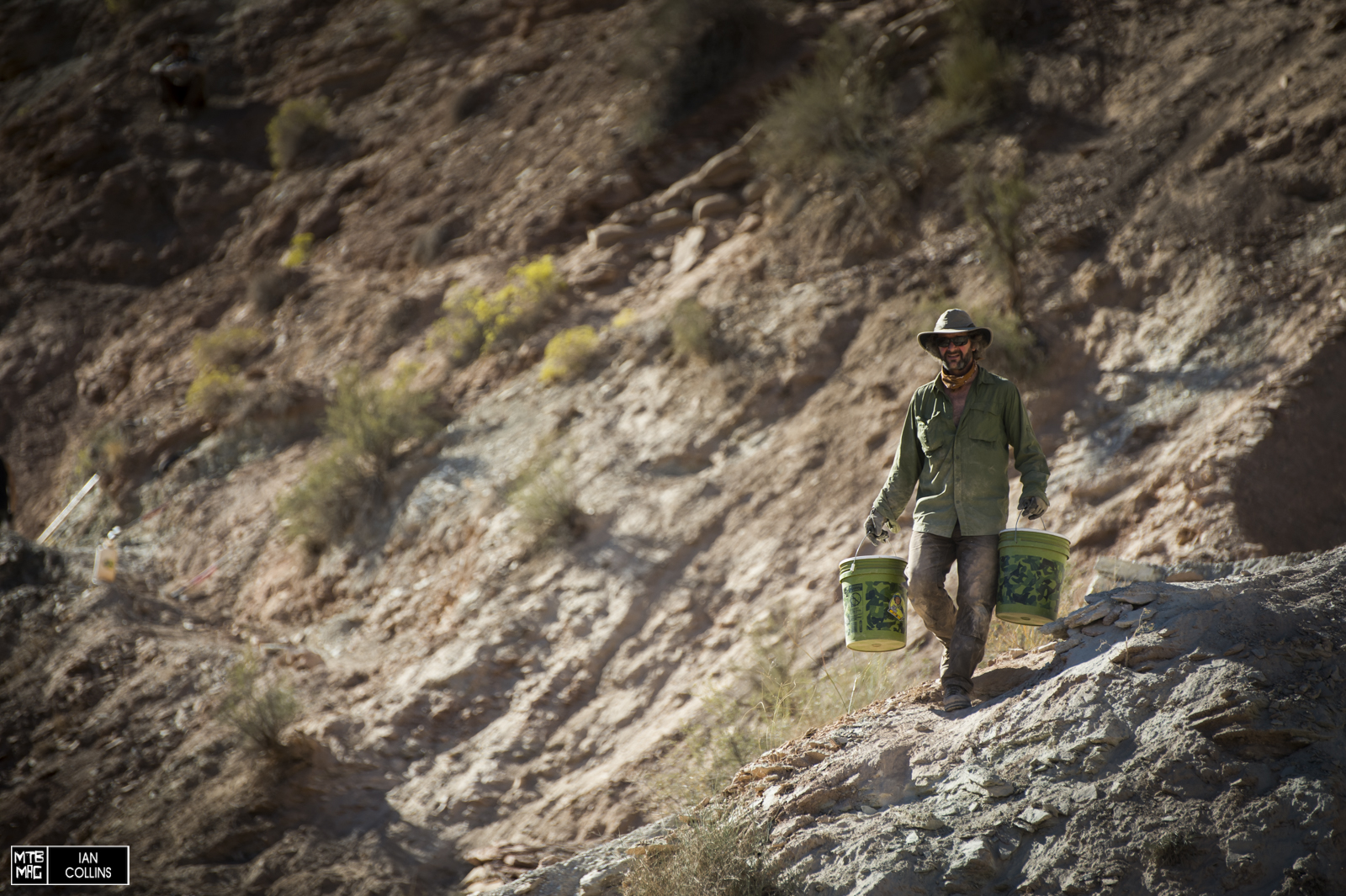 Speaking of Jeff Herb – his dad is out here busting it out and being as much of a badass as his son. What a champ. 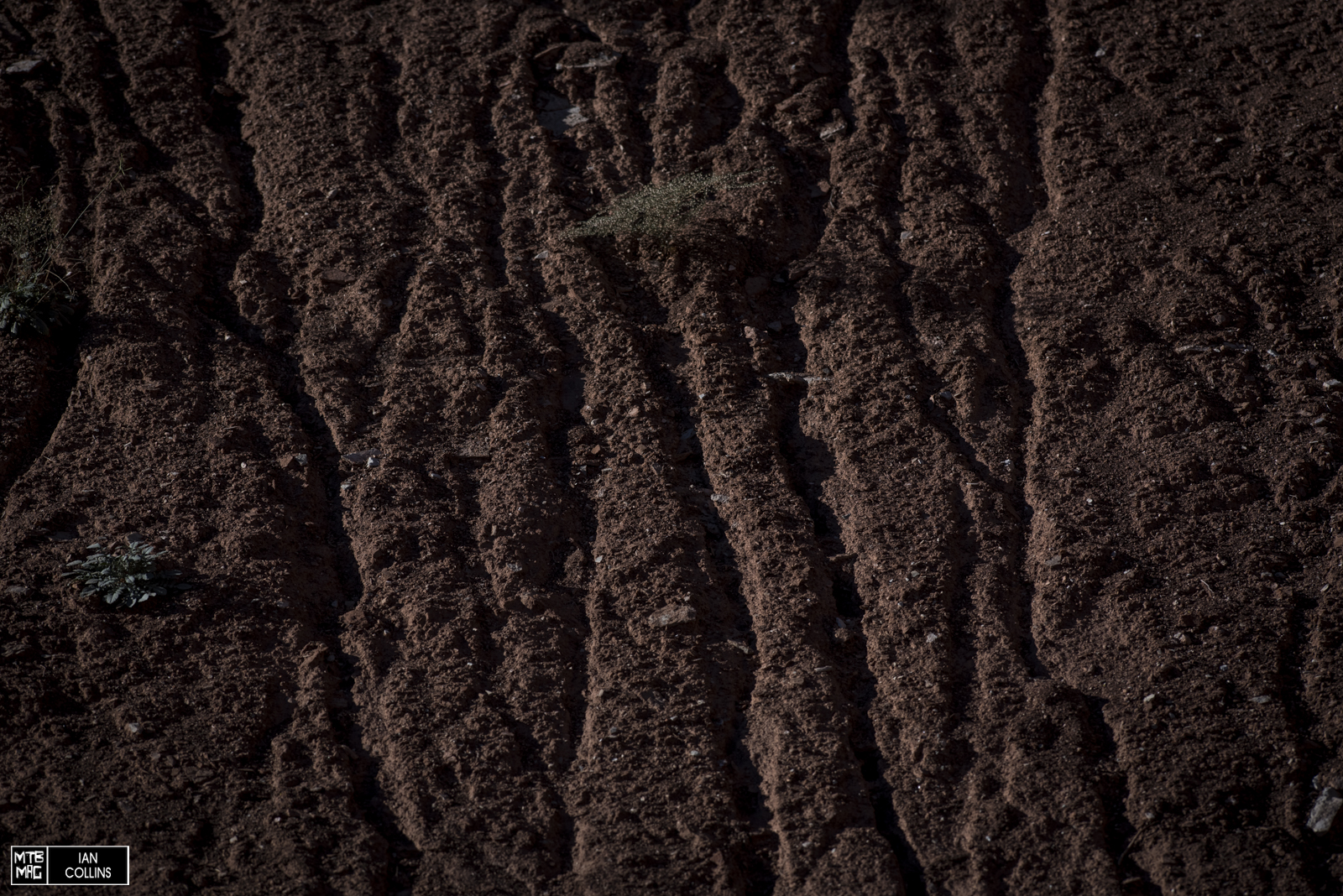 Lots of landings have sustained absurd amounts of rain last year. They’re in surprisingly good shape but will need some love for sure. 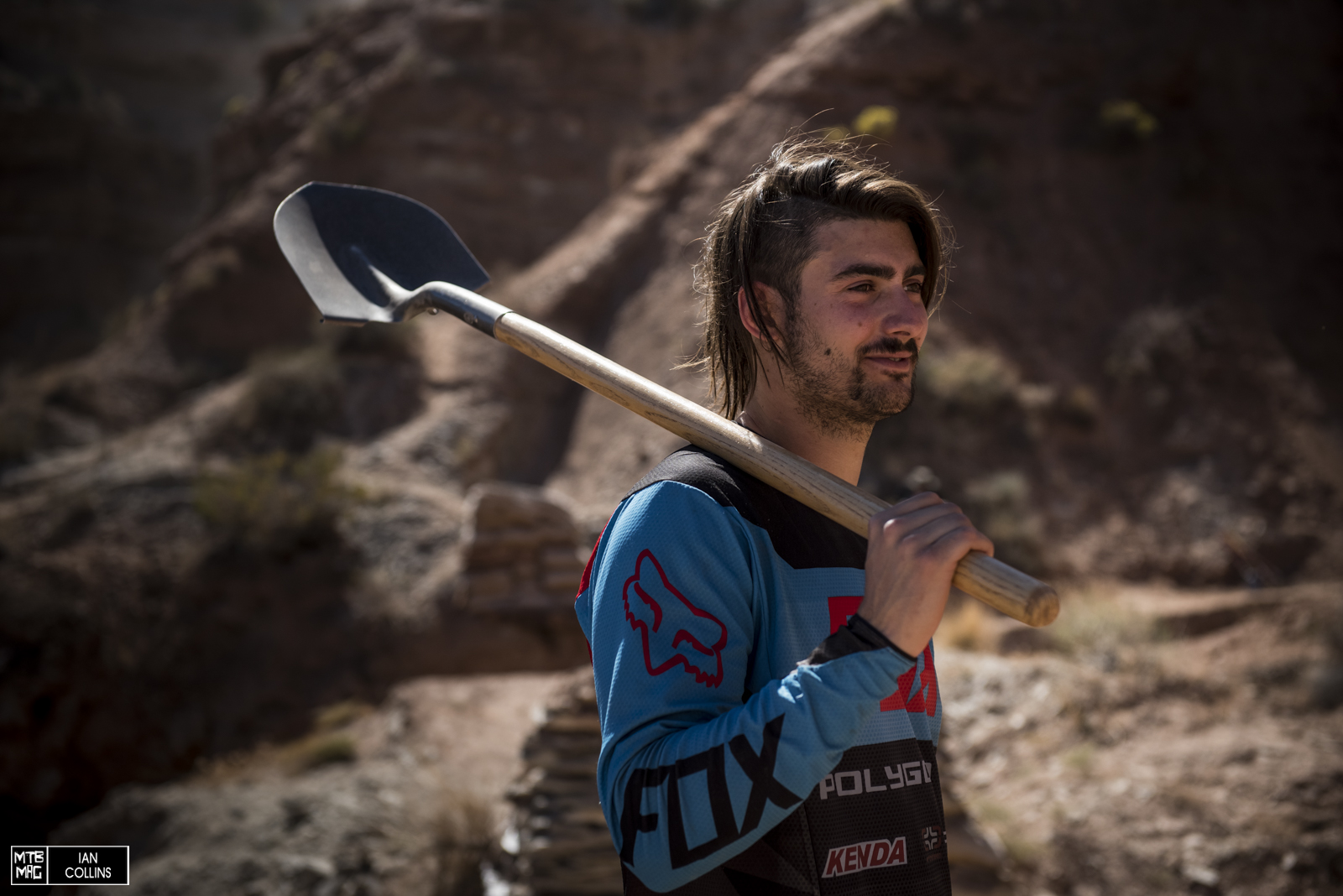 Sam Reynolds has made his first pilgrimage to Utah for his first Red Bull Rampage. The riding here is right up his alley. He should do big things. 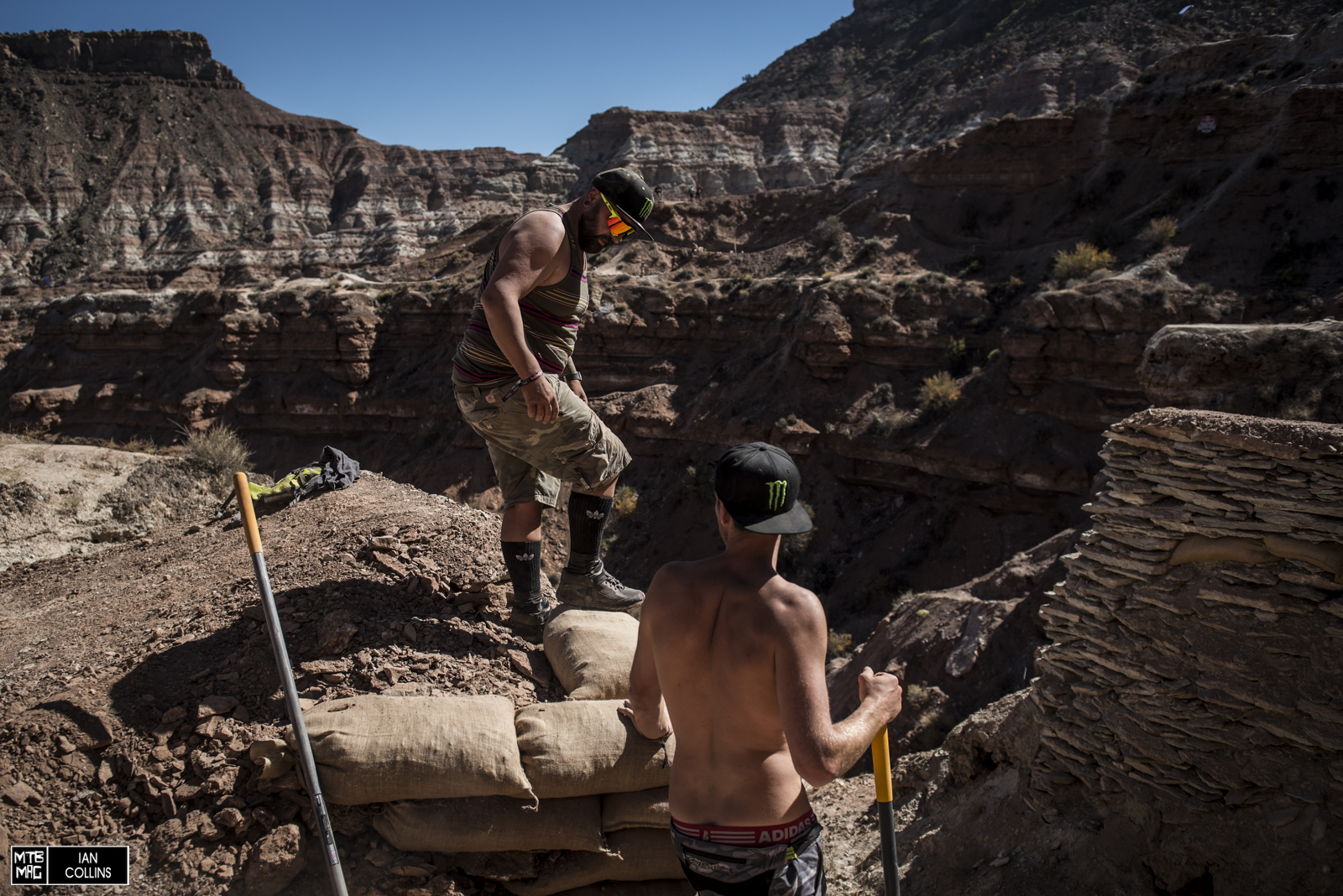 Brendog and the Brits are doing some MAJOR work on his line. 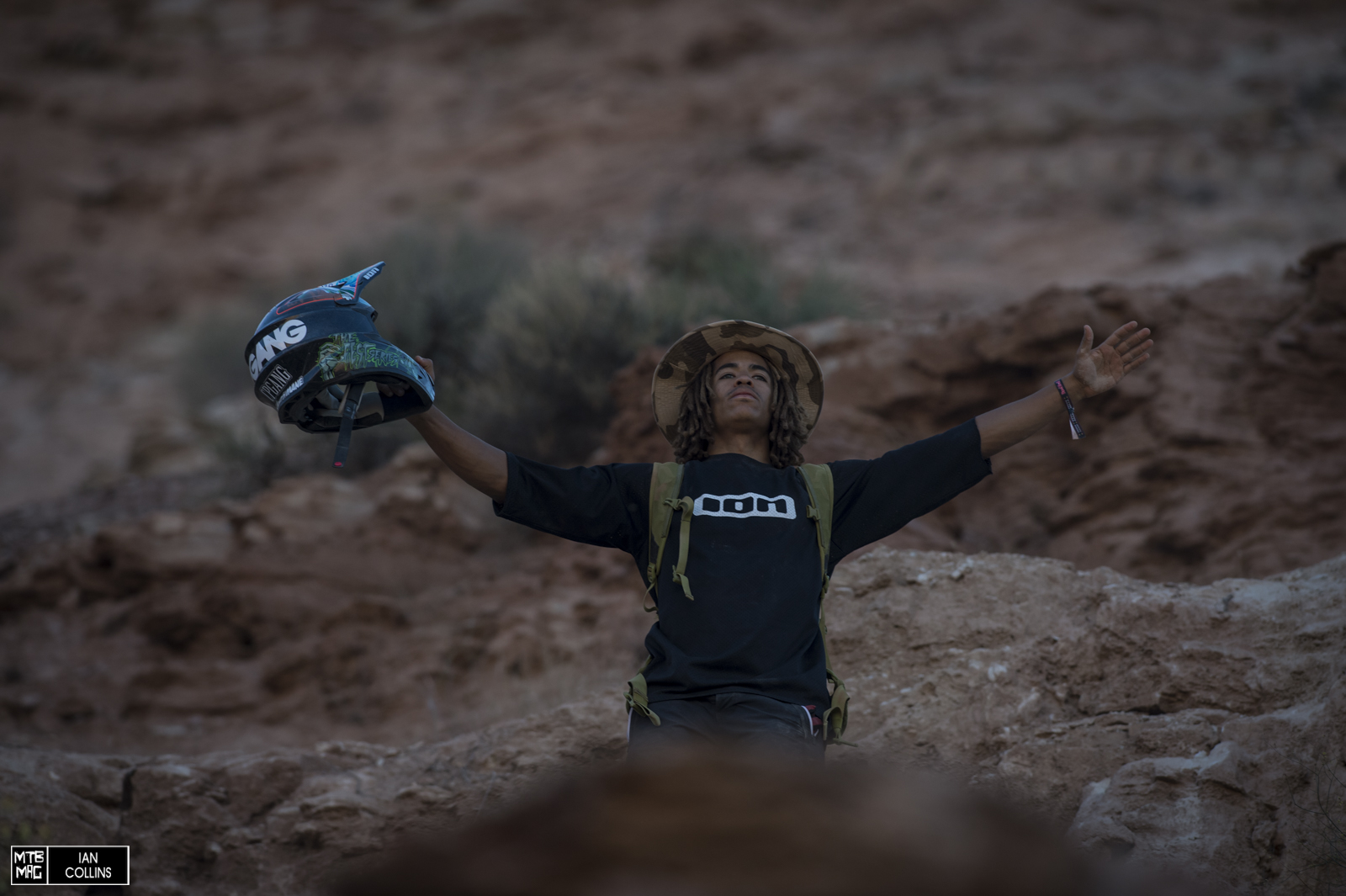 Someone is stoked to be in the desert. Nick Pescetto is back again. 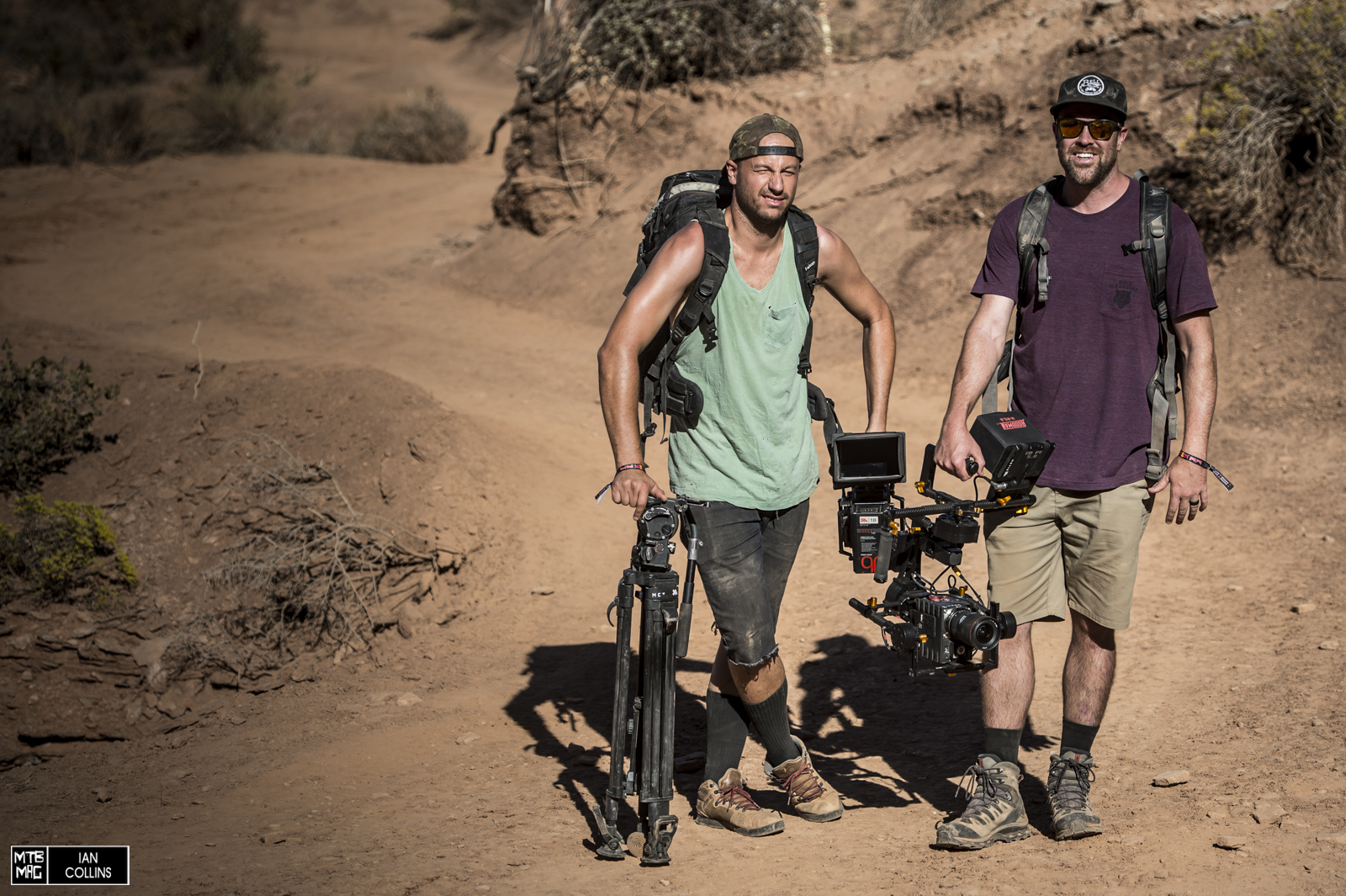 Dream Team – Clay Porter and John Reynolds getting the nugs. 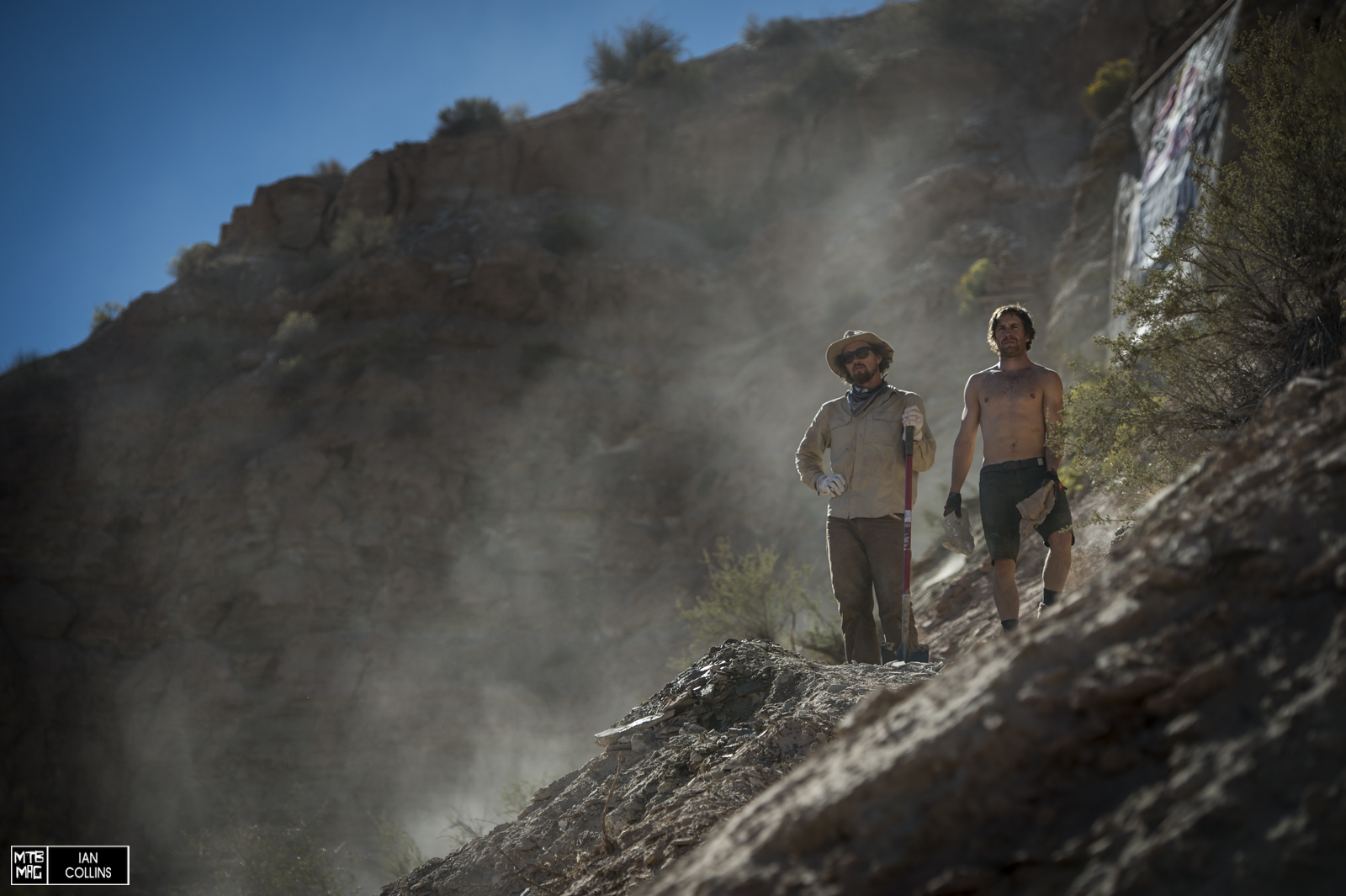 Aptos Crew getting along just fine. Herb and T-Mac are savage builders. 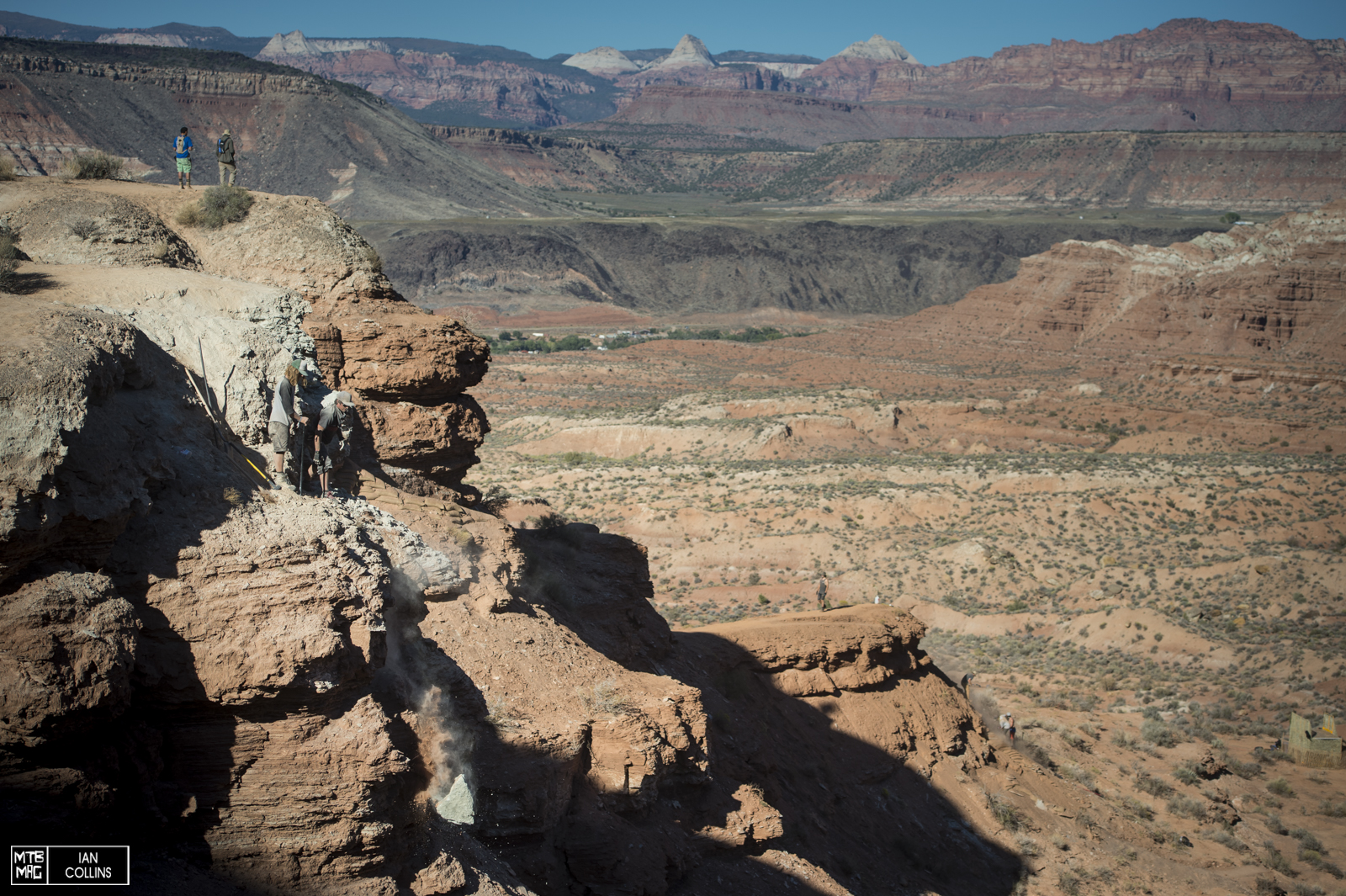 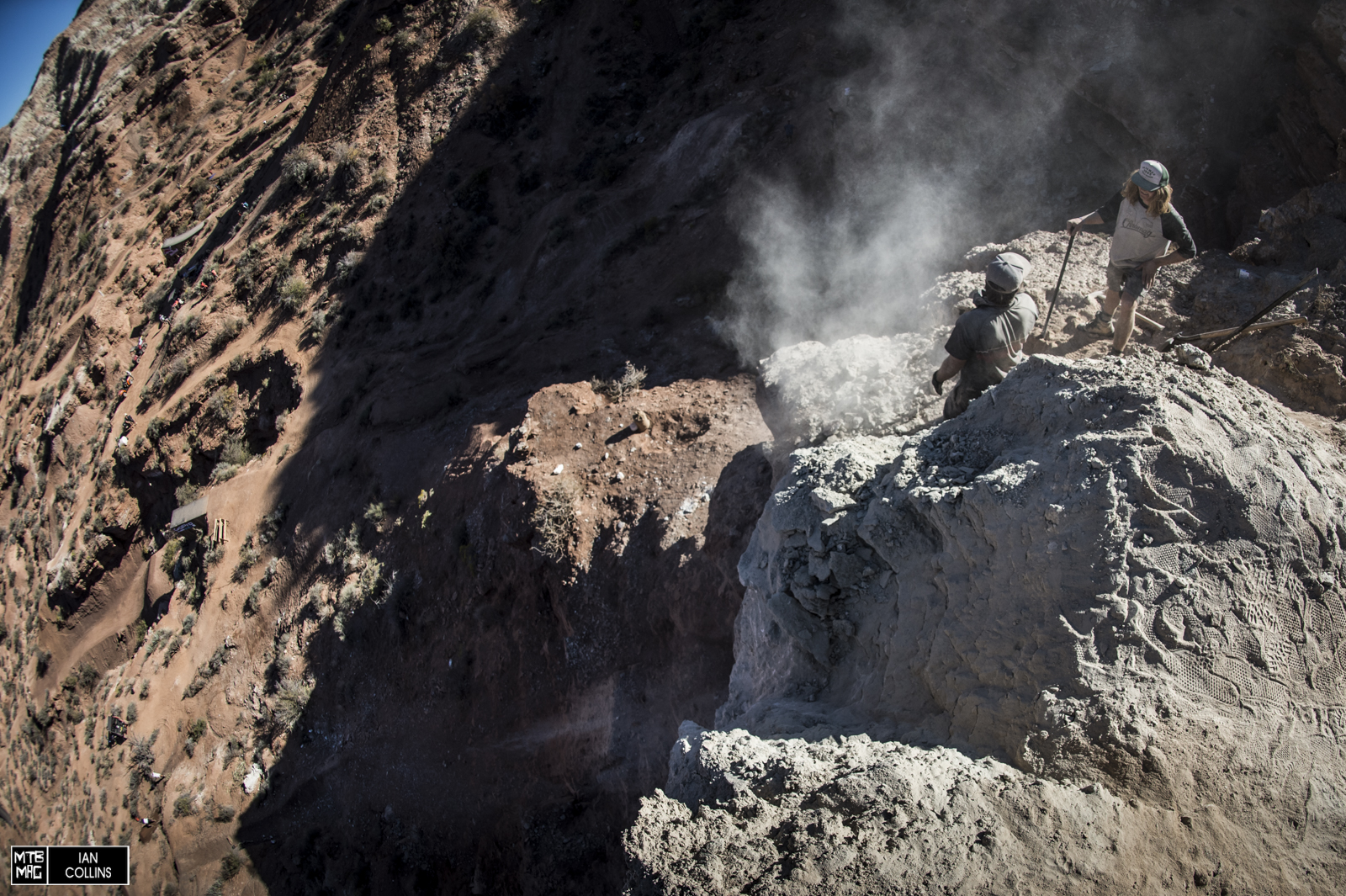 Here is a bird’s eye view of the diggers and his entrance to the drop. Look carefully and you can see his landing way down below.