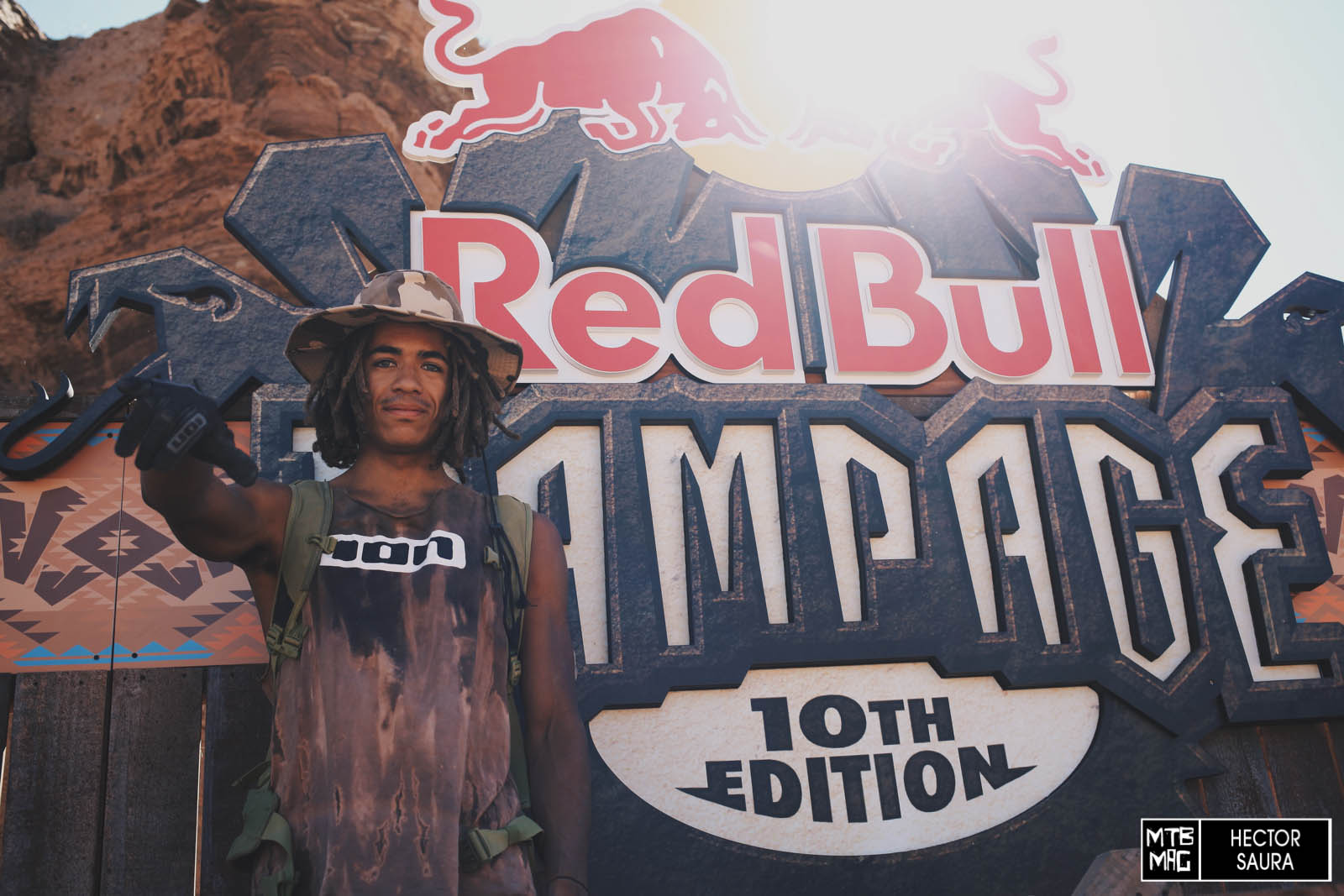 After putting some training on his big bike at the Black Hills, France Nick Pescetto goes back to Utah to compete at the 10th edition of the Red Bull Rampage, the most extreme event of freeride mountainbiking on earth.

It is the third time that Nick gets invited. In 2013 he couldn’t make it due to a shoulder injury; last year he was the first ride to hit the Canyon Gap, missing the landing and injuring his wrist, which put him out of the qualis, not having a chance to ride. This year he is motivated to ride and try to make it to the finals.

We have put together our best photos from the past five days, so you can all get an idea of what is going on here, and to share with all of you our Rampage adventure with Nick. 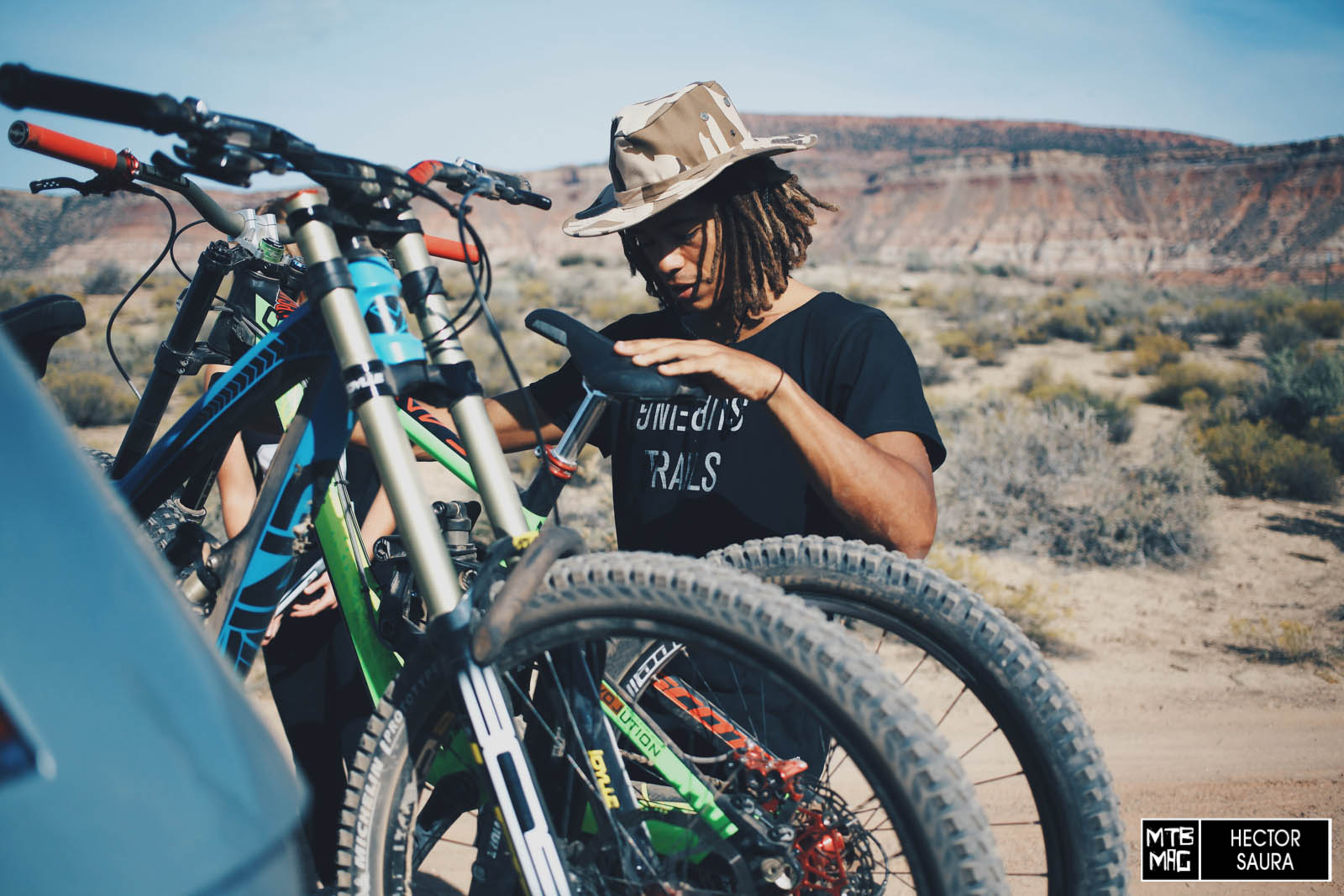 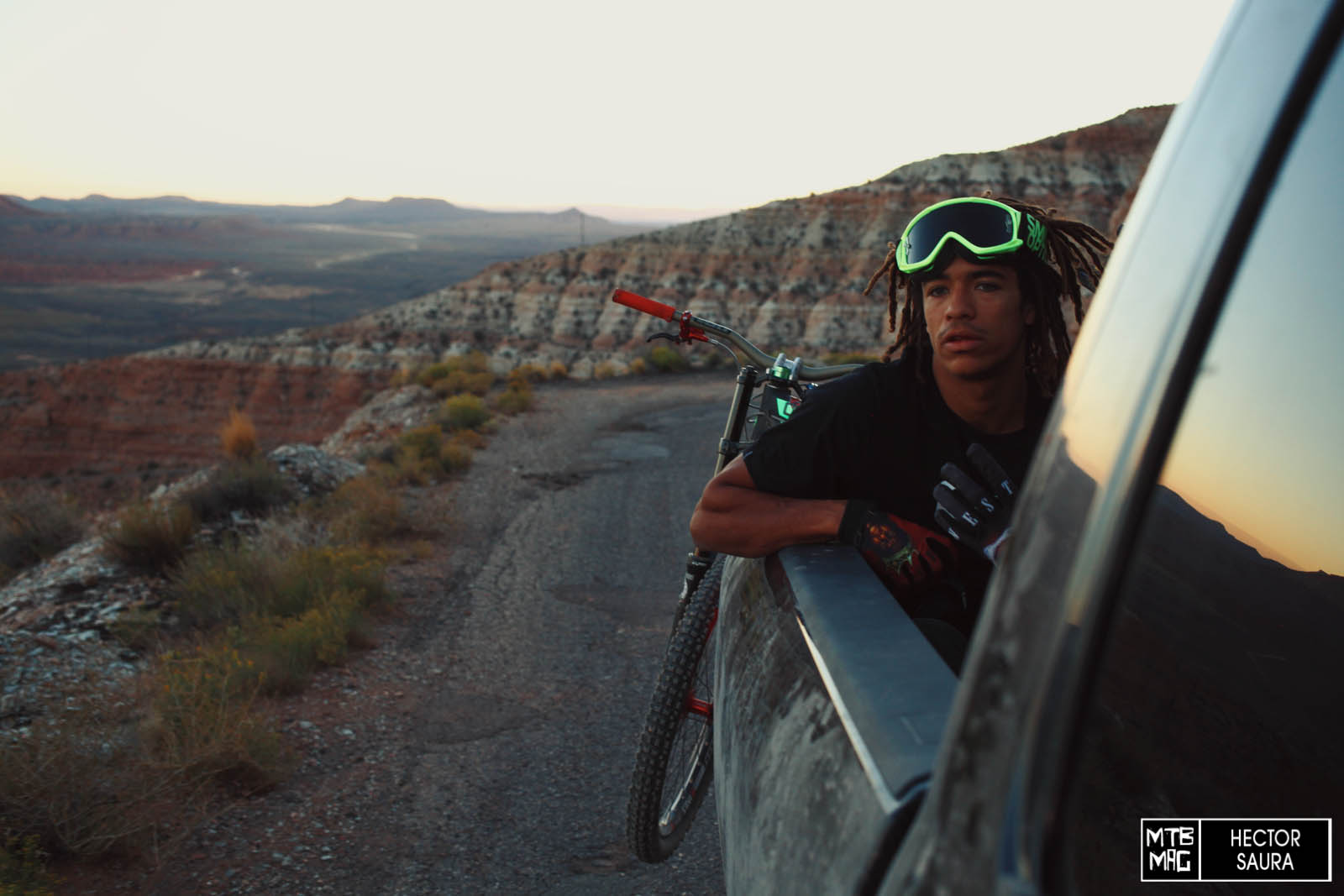 The first days he tried his new Gambler 710 that the guys from Scott have built exclusively for the occasion. The famous local trail called “King Kong” is one of the destinations with more riders these days, as they go there to get used to the Utah soil and train before heading out to the new site. 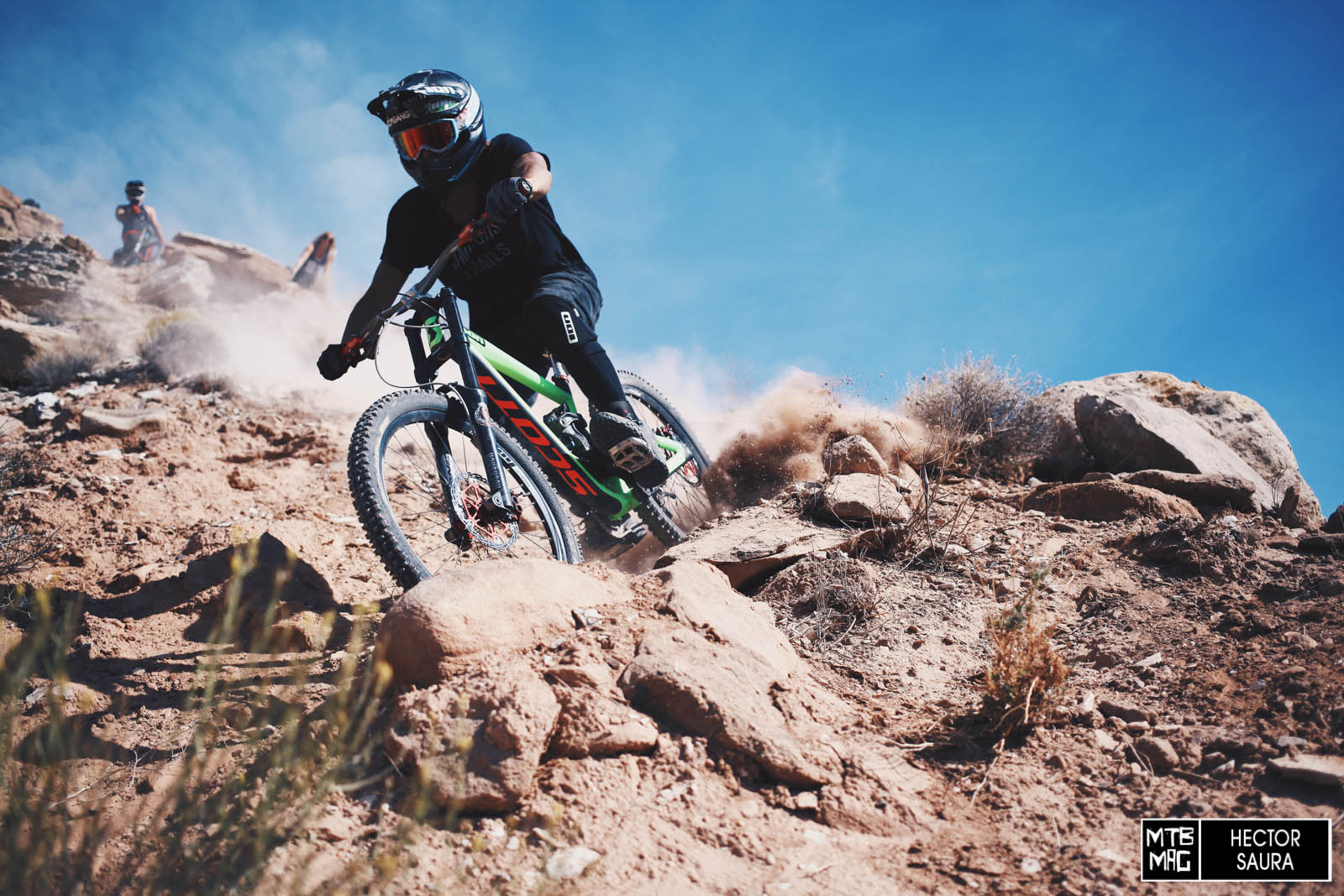 Another place where they usually train is the old Rampage site. Freeride history has been written on those ridges in the last ten years. Not only by holding the Rampage event, but because Freeride Entertainment has filmed almost all his movies from the New World Disorder series, being the Where The Trail Ends their latest production until they found a new site. 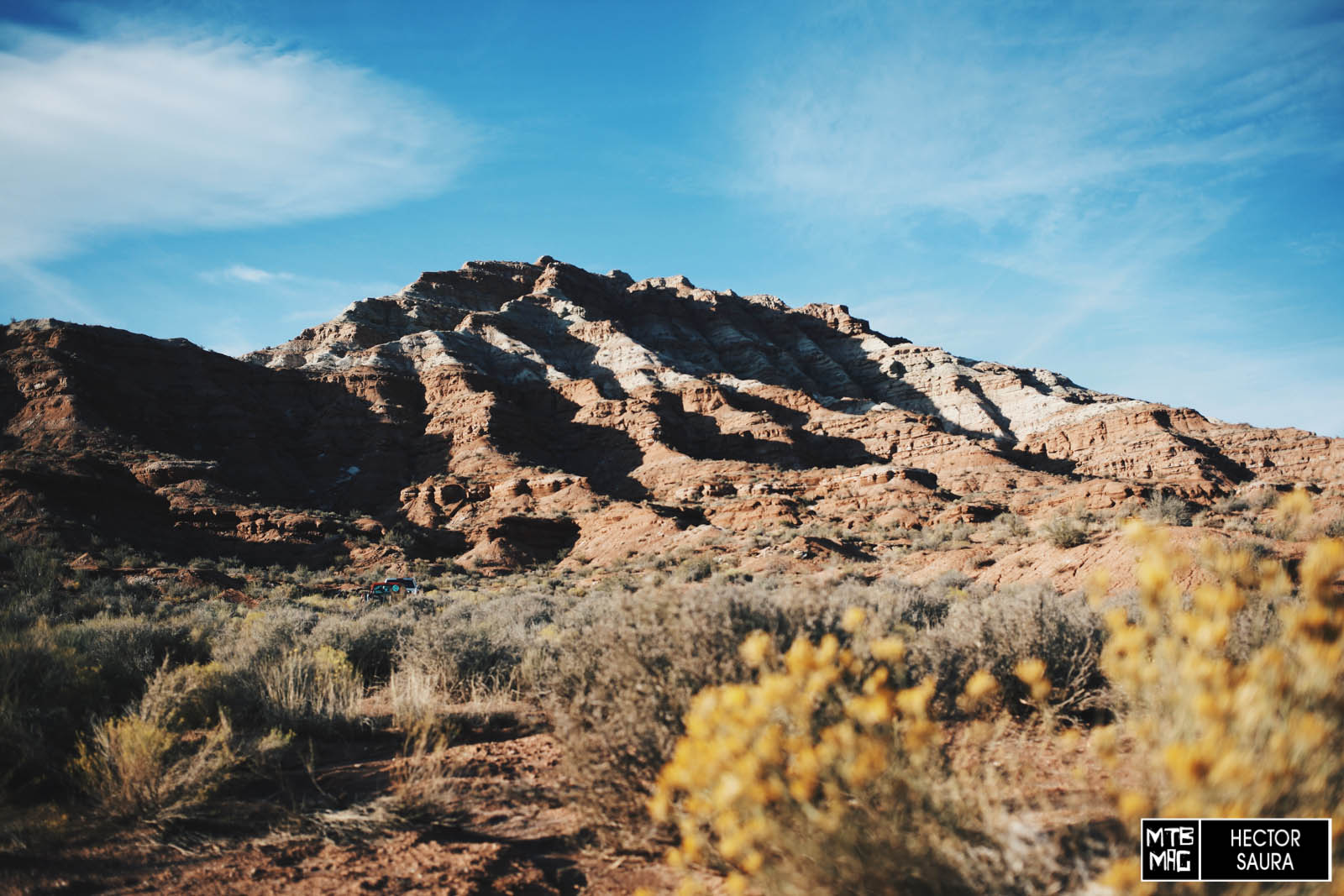 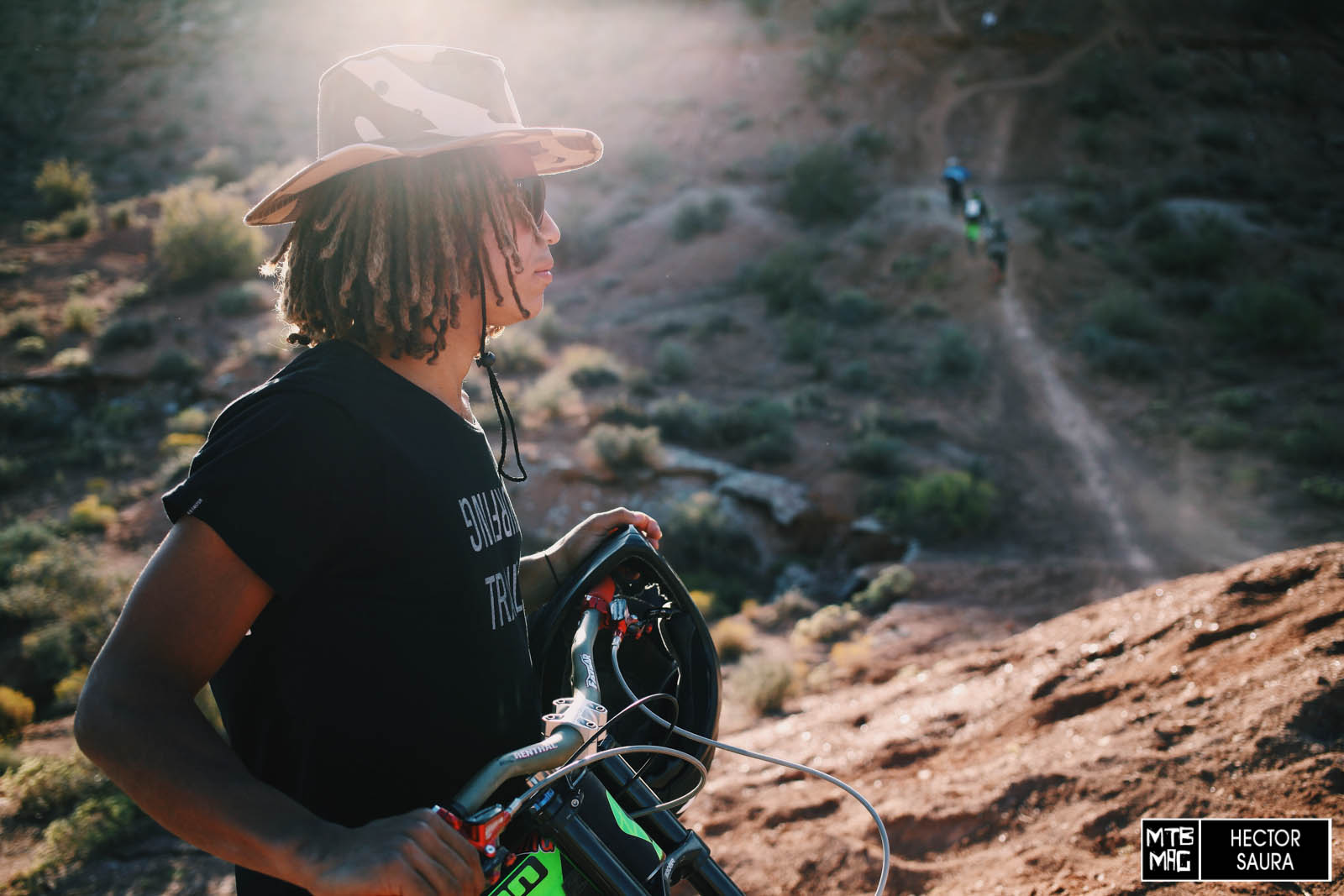 The lower part is full of jumps, drops and stepdowns, but unfortunately when we went with Nick it was very windy. We decided to go up in the mountains to find some freeride lines. 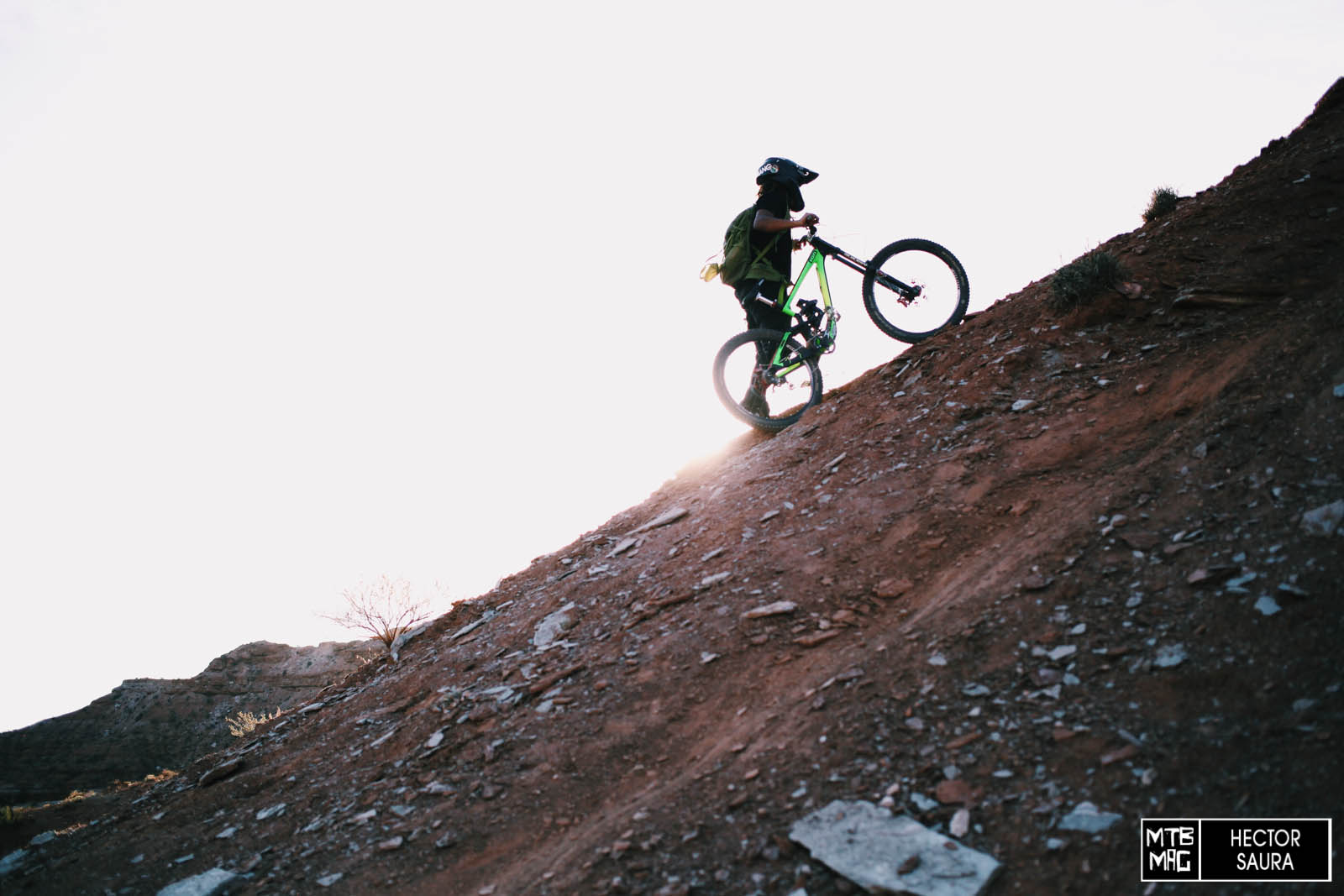 There is no car shuttles in the desert. Every rider has to carry his own bike and climb up to the peak. It is not an easy task, it takes some effort, but it is very worth it in the end. 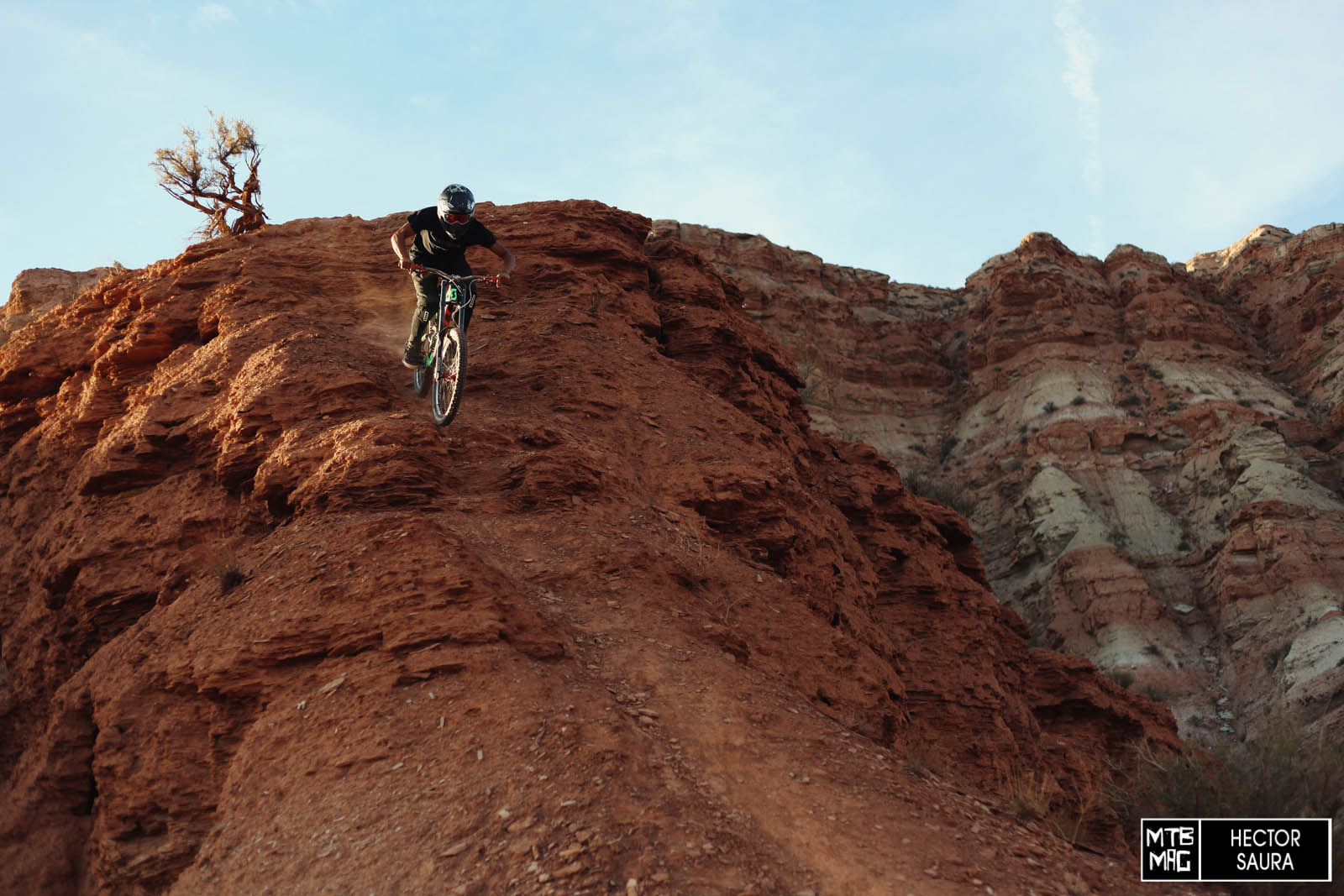 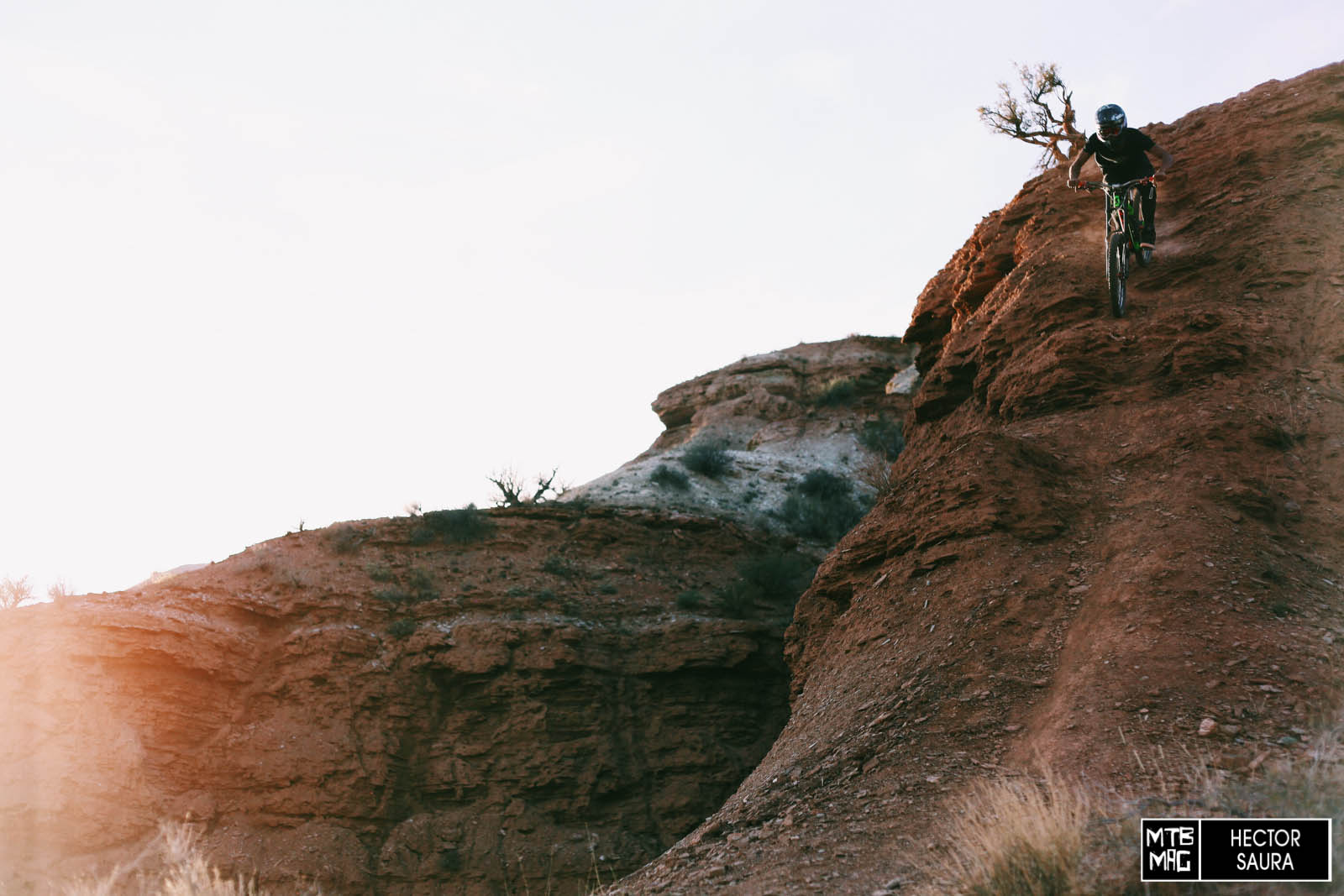 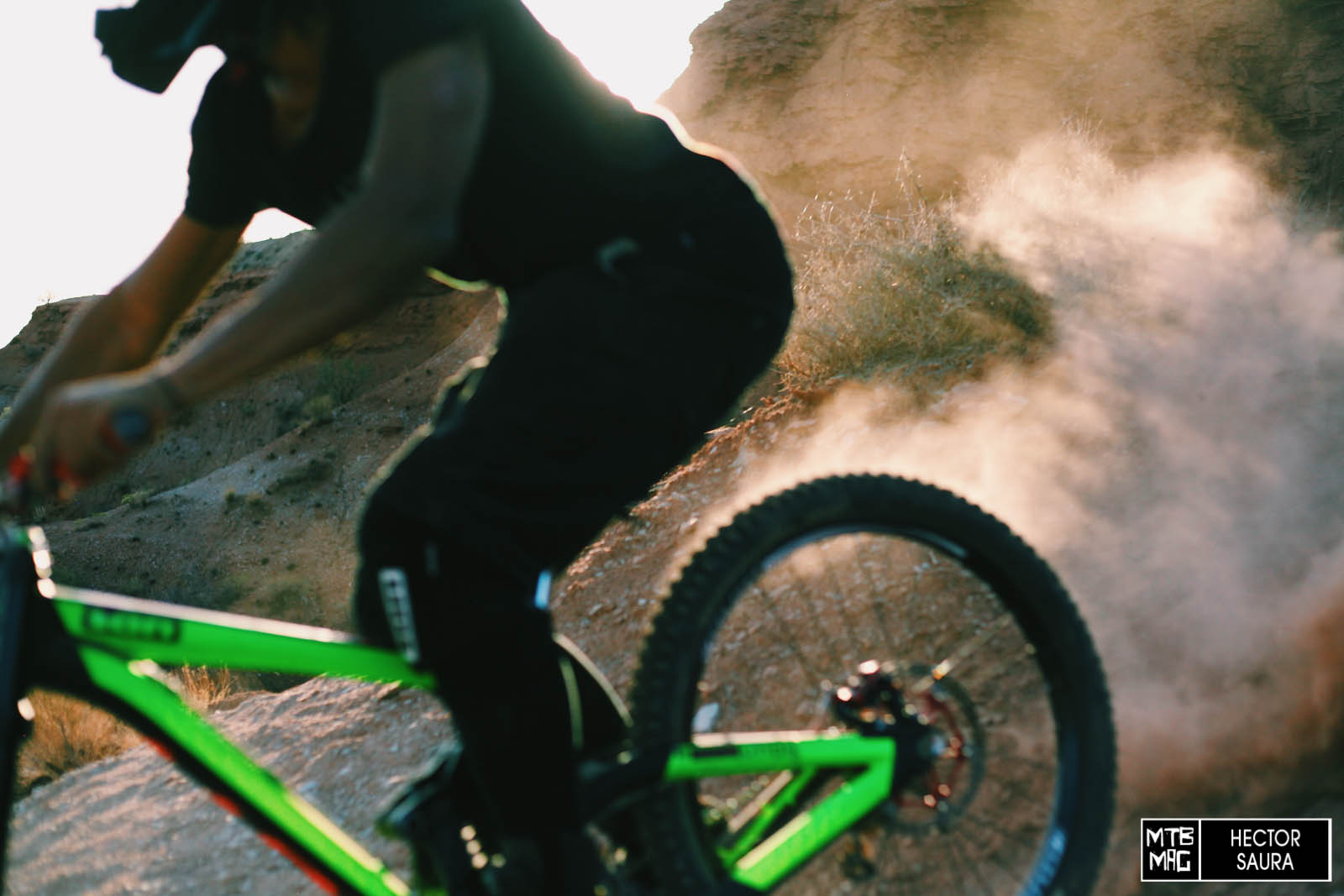 We found some easy lines to start, that way Nick would be able to get used to his new bike and the Utah terrain. The first session went really good and left Nick with a positive mind for the upcoming days. 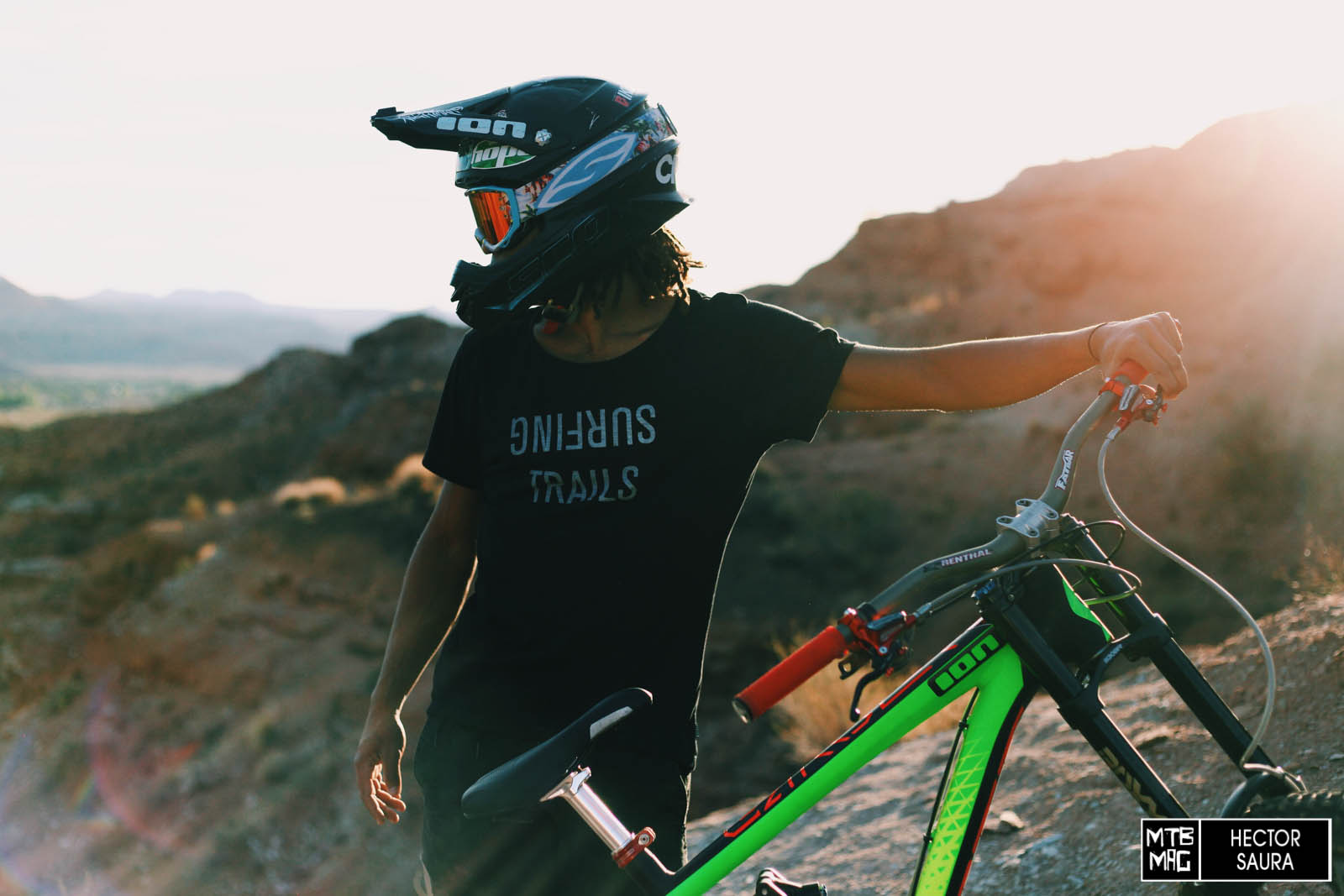 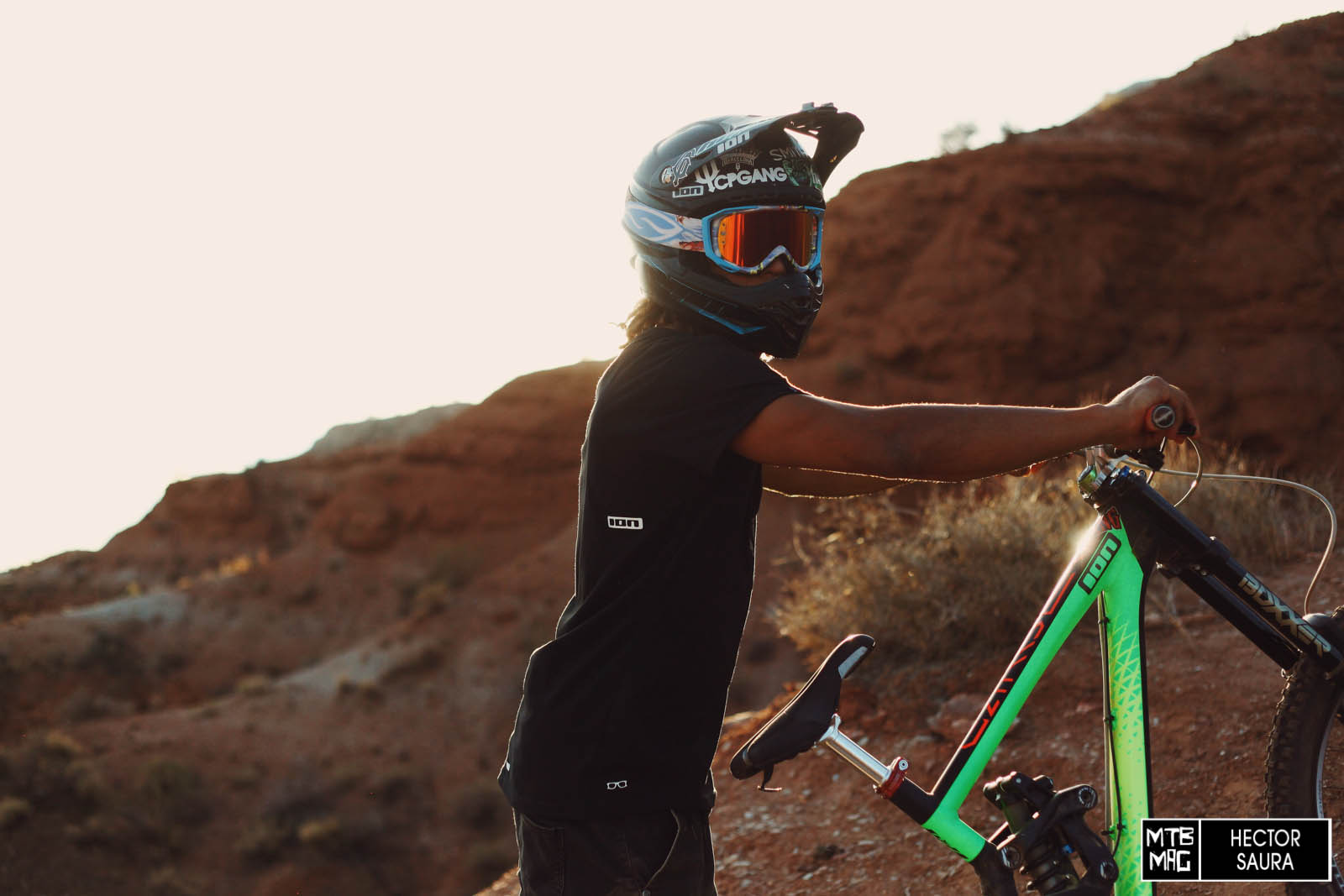 Last friday, before we started building Nick’s line, we went to Zion National Park with the french riders Yannick Granieri, Louis Reboul, Pierre Edouard Ferry, Thomas Genon and a couple local friends who took us to a river so we could cool down and chill surrounded by beautiful views. Every day the alarm rings at 7.30am, we pick up the digging tools and walked all the way to the desert. Nick knew what he wanted since day one. He found a double drop at the top of his line that will take him to the Canyon Gap after hitting some turns, drops and jumps. At first, he didn’t think to dig much. He wanted to ride it all natural. But as we started to clear the landing, he figured out that there was a lot of work to do. We had to create a proper landing out of nowhere, on a very exposed part of the mountain. The organitzacion gives fifty sandbags to each rider so they can use them to fill them up with dirt and easier things up when building lips or landings. We used twenty sandbags for that double drop landing. It took us un day and a half to finish it. After we were done with that, we went down to build a lip on a hip that will take Nick straight to the Canyon Gap. The next day, we climbed up the ridge to the top to clear off the entry of the double drop and make it easier and safer. It is very dangerous to work and dig on these cliffs. Nick had to tied himself into a rope and descend of the cliff to try to work on the final touches of that double drop. What seemed to be super easy, ended up being a hell of a job. Right now everything is pretty much done. The line should be ready to ride. Today most of the riders have tried and ridden their lines. After long days of hard work, they have finally enjoyed their own creations. Somehow, there are a few riders that are still working on their lines, trying to bring to life what they have on their minds. Nick has ridden some parts of his line and everything seems to be right. He is very motivated to put in a good run and try to accomplish his dream of being on a Rampage final. We will be with him to document his adventure and support him.

Stay tuned for the next article that will feature more riding shots from practice.