Rider’s drive, determination and love for living will be remembered by all those whose paths he crossed

World Cup sensation Steve Smith passed away this afternoon after suffering a massive brain injury resulting from an enduro motorcycle accident in his hometown of Nanaimo, British Columbia. He was 26 years old. 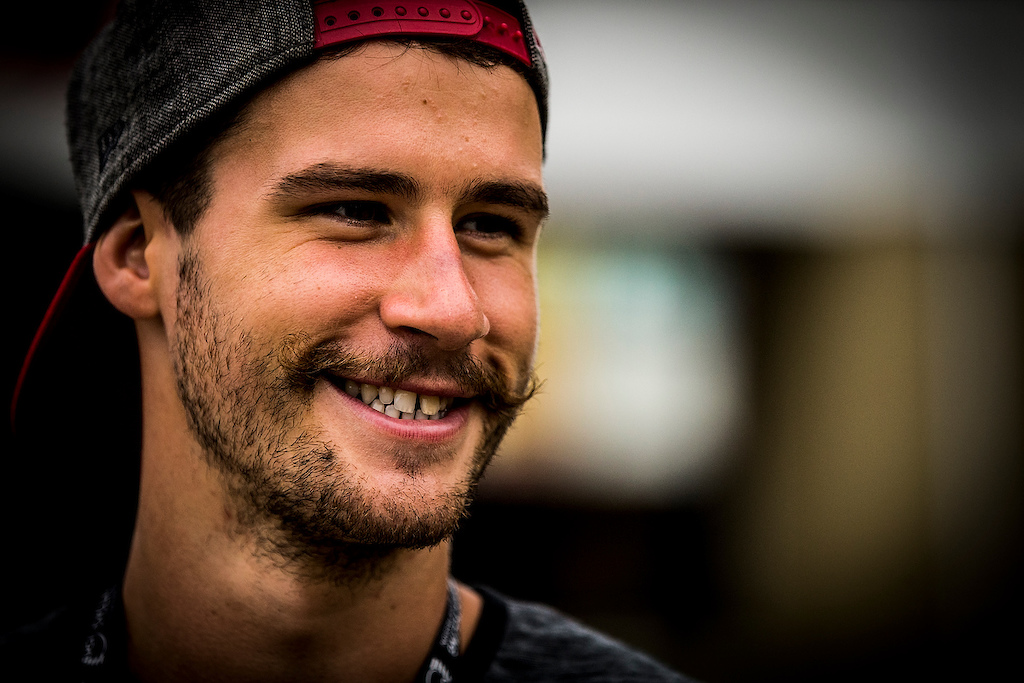 “Today we lost a great person, who taught me about myself and influenced many,” says Devinci Global Racing Team Manager, Gabe Fox. “Stevie was a fierce competitor, an honest friend and a rider who made me proud on countless occasions. I am honoured to consider him my friend for so long.”

Smith hailed from Vancouver Island, where he sharpened his mountain biking skills on the rainforest trails of Mt. Prevost. A force on the Canadian downhill racing scene for years, he became an international household name in 2013 after pocketing World Cup wins at Leogang, Hafjell, and Mont-Sainte-Anne, Que. Those efforts culminated in the World Cup Overall Title the same year—downhill racing’s ultimate achievement. 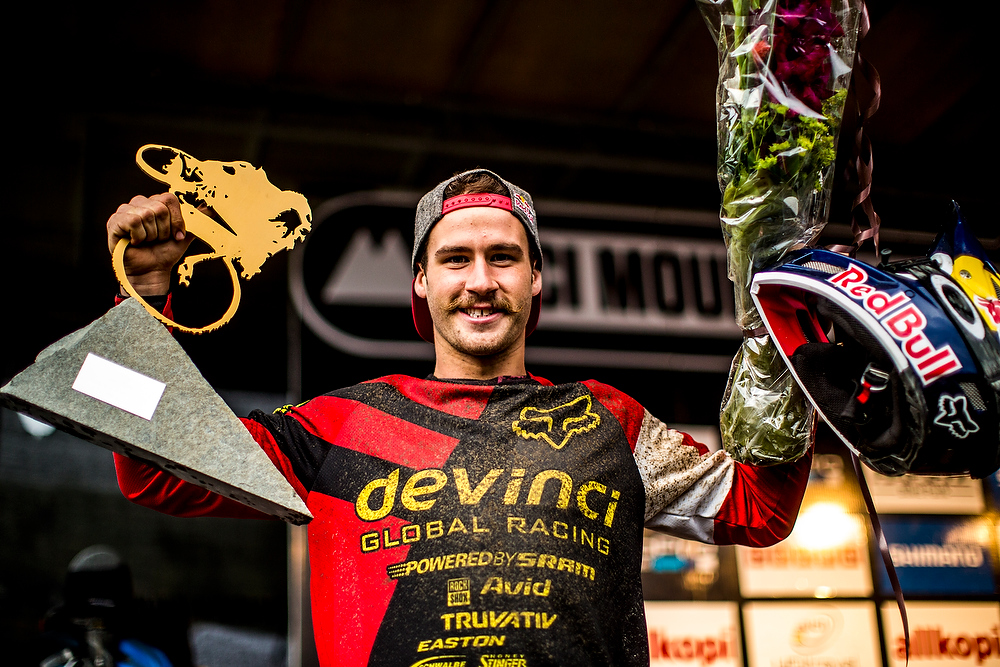 Smith is revered by fellow competitors and loved by friends, family and fans, who’ve been following what had been an explosive start to the 2016 season. Pushing past injuries that led to consecutive sidelined seasons, The Canadian Chainsaw was back in podium form this past April for the UCI WC Mountain Bike opener in Lourdes, France, where he finished in second place. 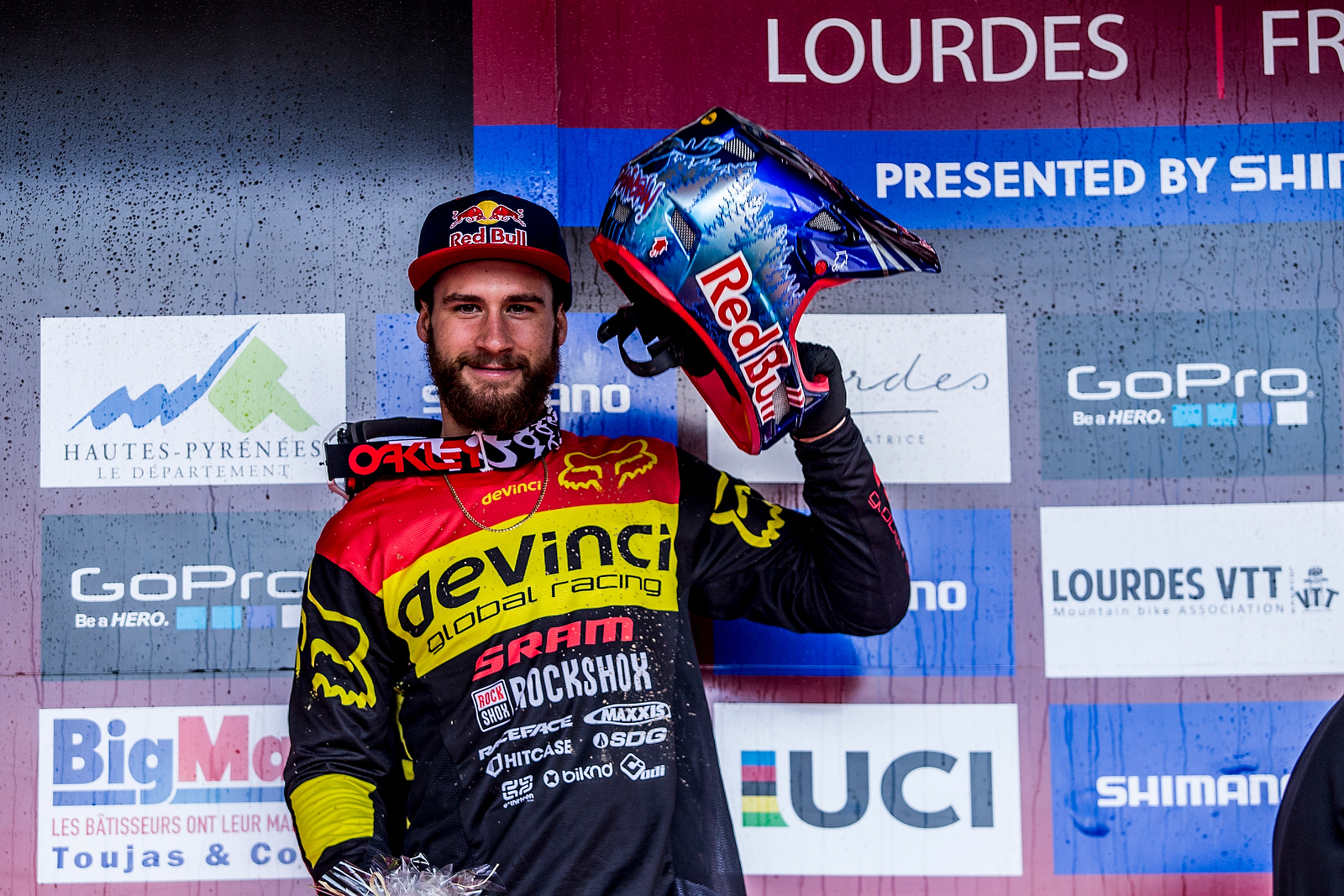 A driven athlete and fierce competitor, Smith was humble and grounded off the track. He was a notable influence on all young and aspiring Canadian gravity racers and others around the world. He was also a key mentor to friend and DGR teammate, Mark Wallace.

“I would not be anywhere on the bike without Steve,” Wallace says. “Most importantly he taught me to be confident in my abilities, race my bike properly and take risks. As training partners, we pushed each other to the limit.” 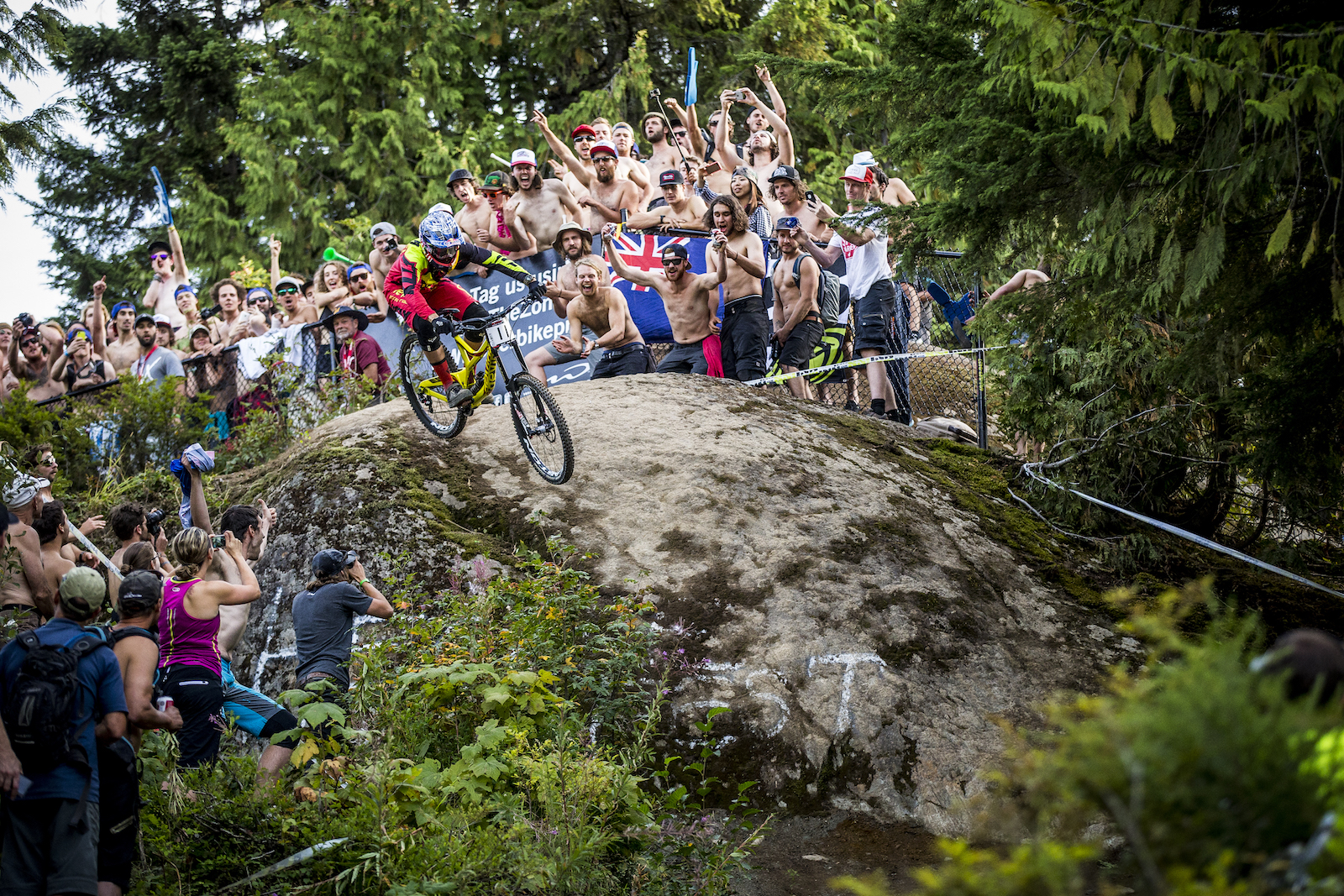 At home, in his close-knit Vancouver Island community, Smith was known as a consummate outdoorsman. This is where he spent time fishing, camping, and sinking birdie putts on the golf course. His spirit was infectious and inspirational. He passed away peacefully surrounded by his close family and those he positively affected. Steve Smith is survived by his devoted mother, Tiann, sister, Kara, his uncle, Eric, niece and nephew, Myla and Luke, grandmother, Judi, and girlfriend, Caily Schenkeveld.

His family remembers him as a great warrior. 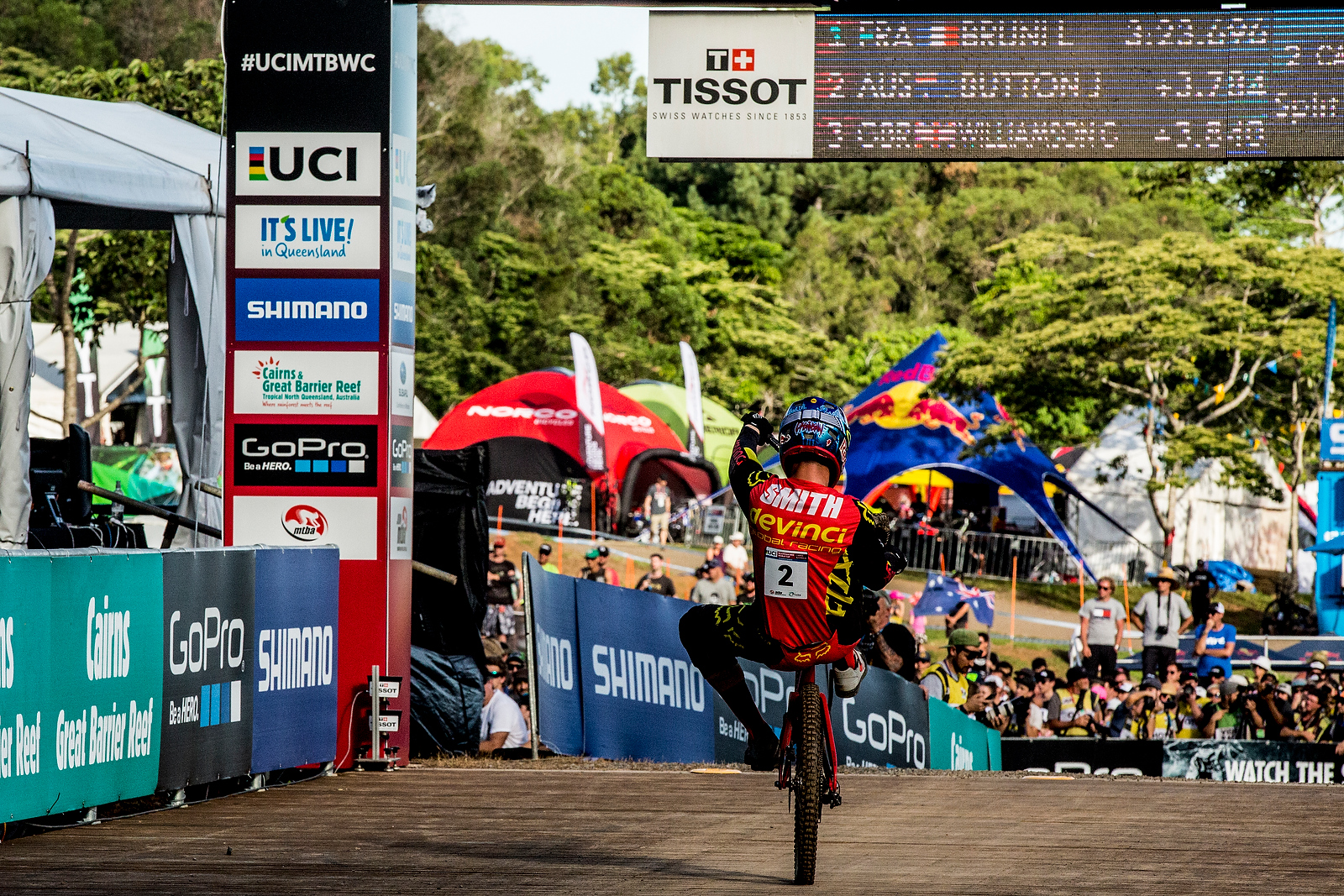 “Steve was the most successful Canadian Gravity Racer of all time,” Fox says. “His passing leaves a huge hole in our hearts here at Devinci.” 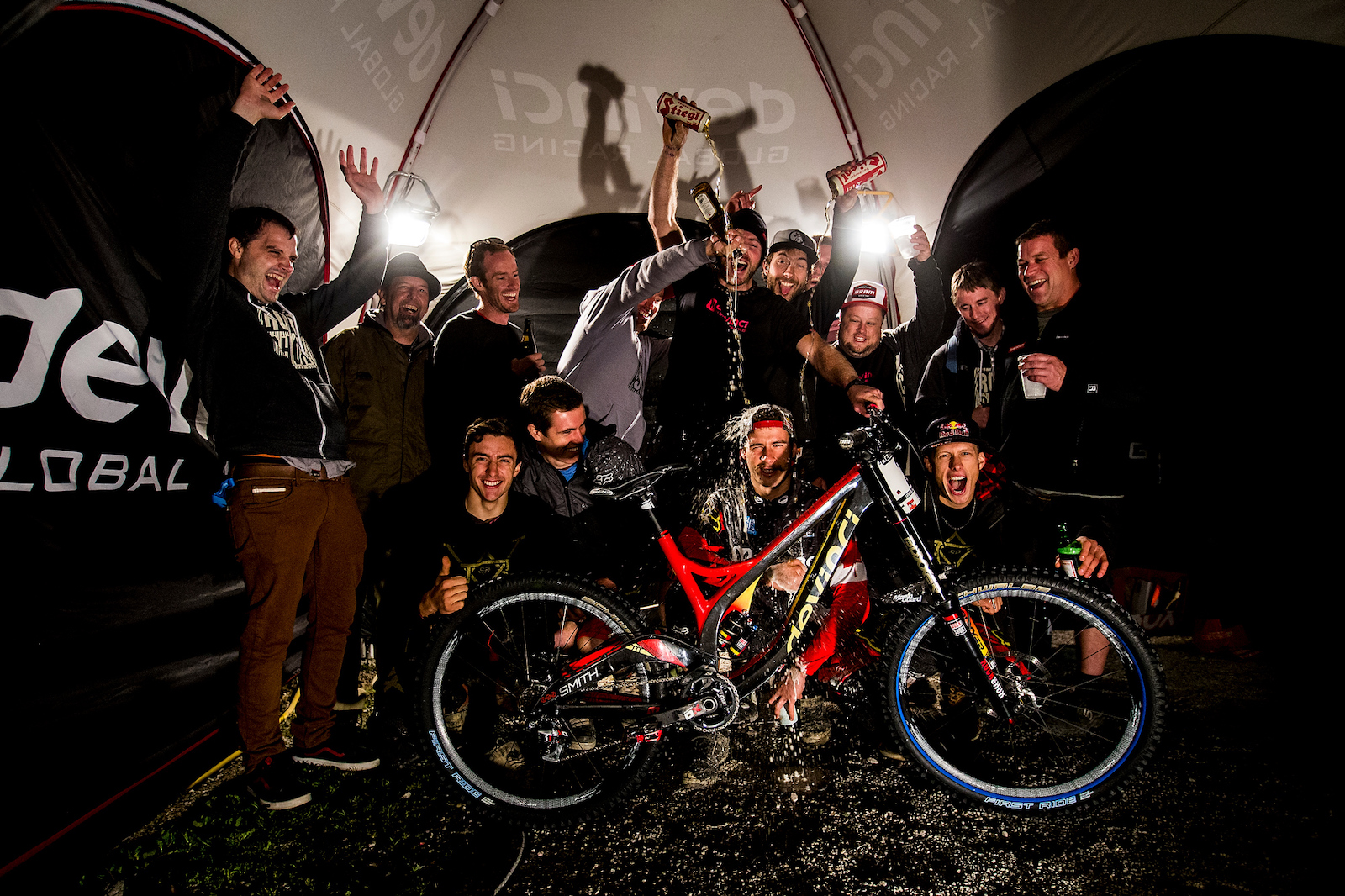 A Celebration of Life will be held on May 21 at 1 p.m. at the Vancouver Island Convention Centre in Nanaimo, B.C. In lieu of flowers, please make a donation to the “Stevie Smith Legacy Fund” at www.gofundme.com/23k7fus. Funds will be earmarked for a Tiann Smith initiative, assisting talented young athletes.

The famous Seasons segment, where Steve Smith rides laps and his mother shuttles him up: