It was time to leave Antawaya camp so we packed all our bags to travel 250km to Santa Cruz. Thursday morning was a bit hectic, specially for the riders that had to pack everything for the organizers who will grab everything and send it to Santa Cruz while we were at the race. For day 3 of the Andes Pacifico we had 4 new stages on different terrains. 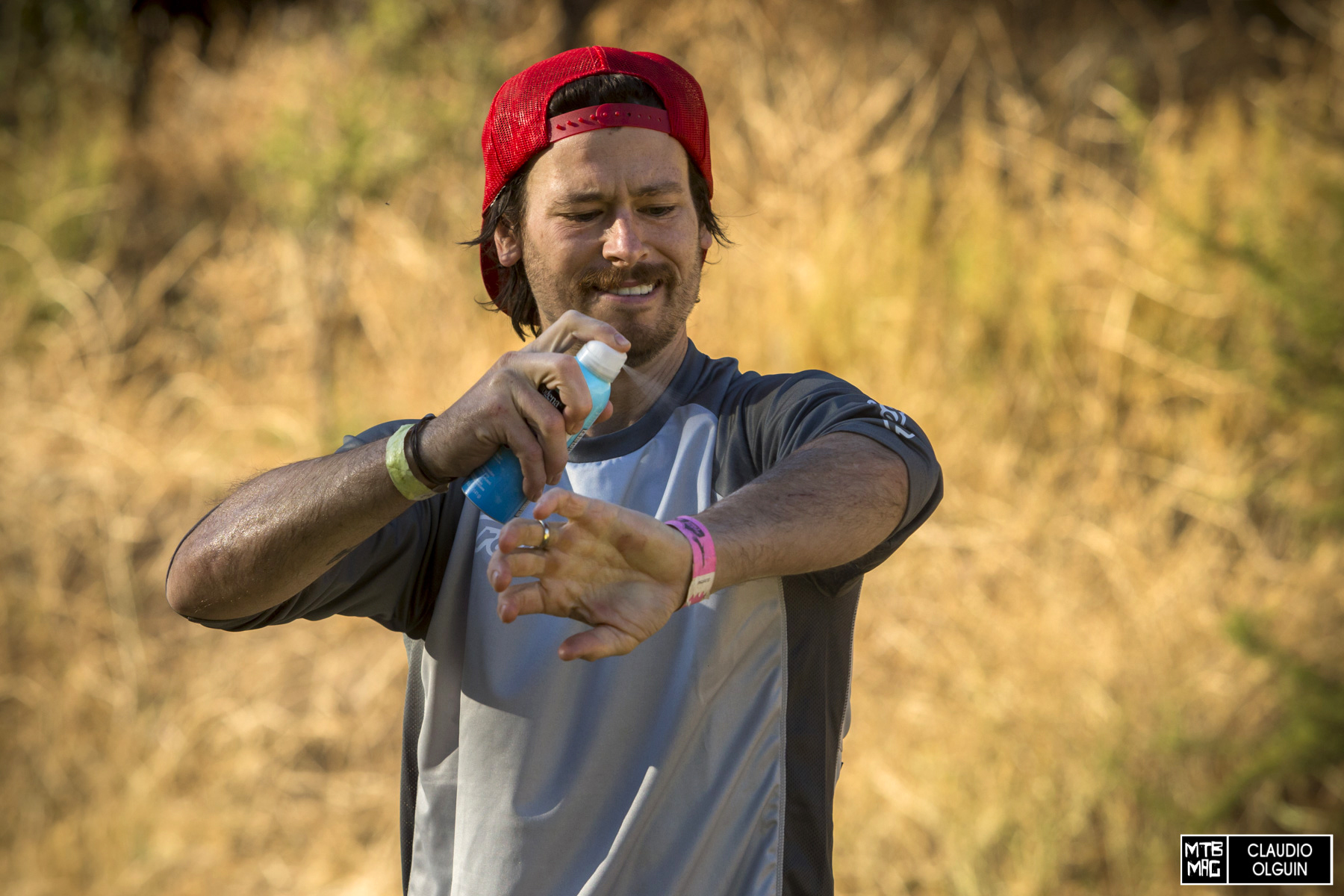 Allan Cook sprays his arms to protect him from the sun and mosquitoes. The drive from camp to the peak of the hill took us 2 hours. There we started pedalling for an hour until arrive to the first stage called “La Pajarera”. 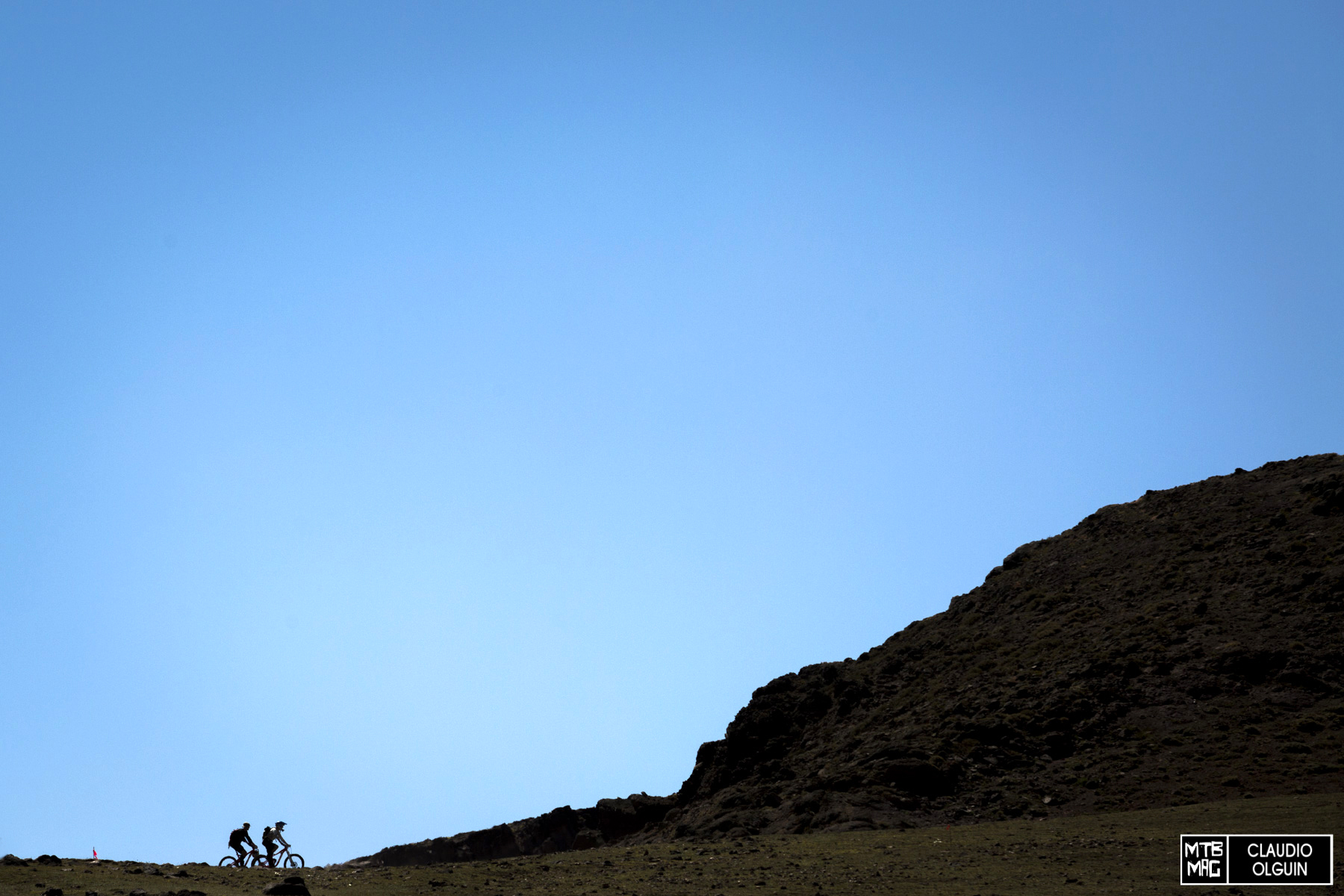 Silhouettes of the Andes. Alejandro Candia making sure his tires have the right pressure. According to him, 25 psi out front and 27 psi out back is the best setting. 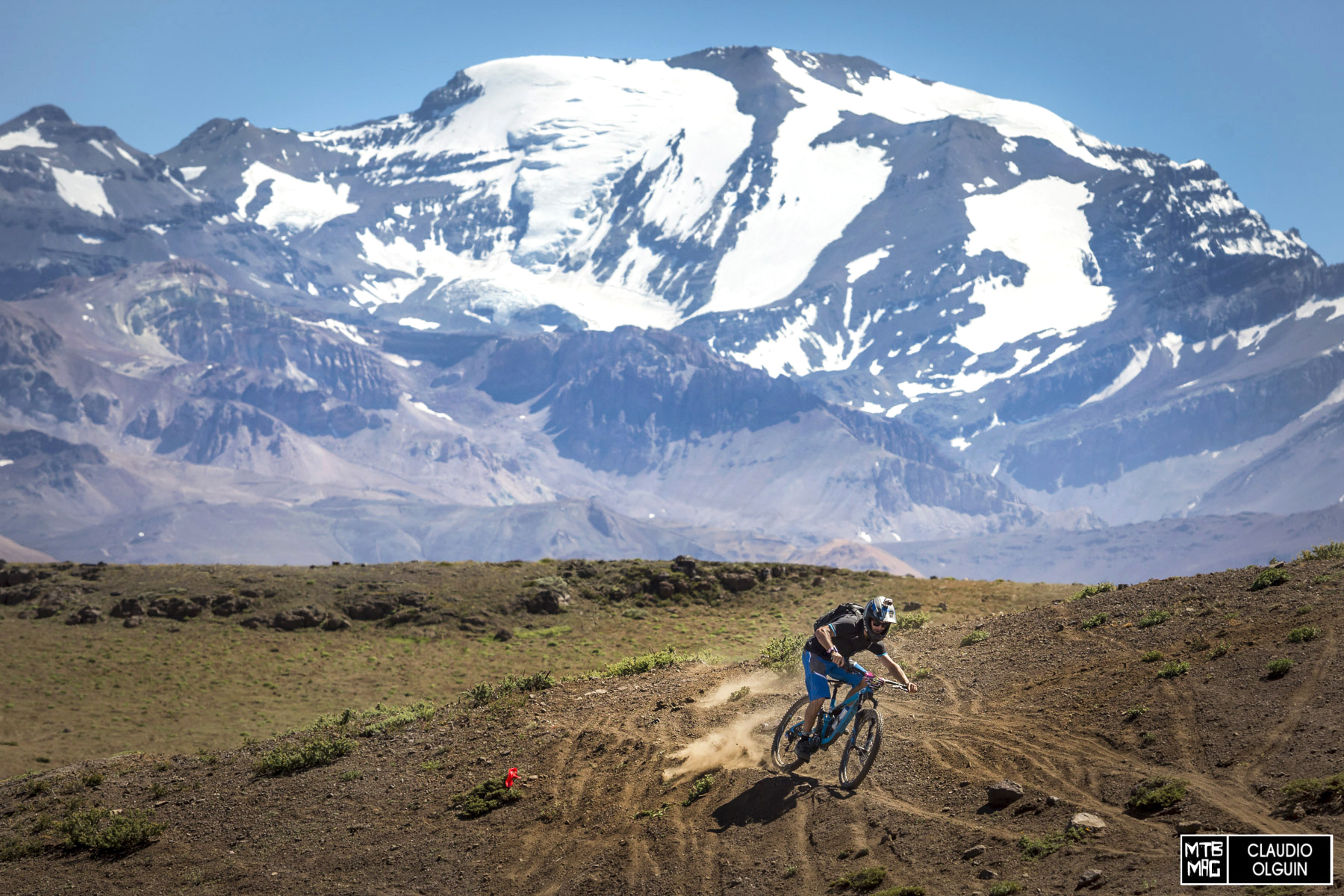 You can still see snow in the distance from last winter. Here Santiago Perez turns on his way to the second stage with Cerro el Plomo behind him. Jerome Clementz won two stages. He is sitting on third overall but we are sure that he will climb to the top. Claus Plaut finished first in the Master category dethroning Felipe Vasquez who unfortunately is out of the event. 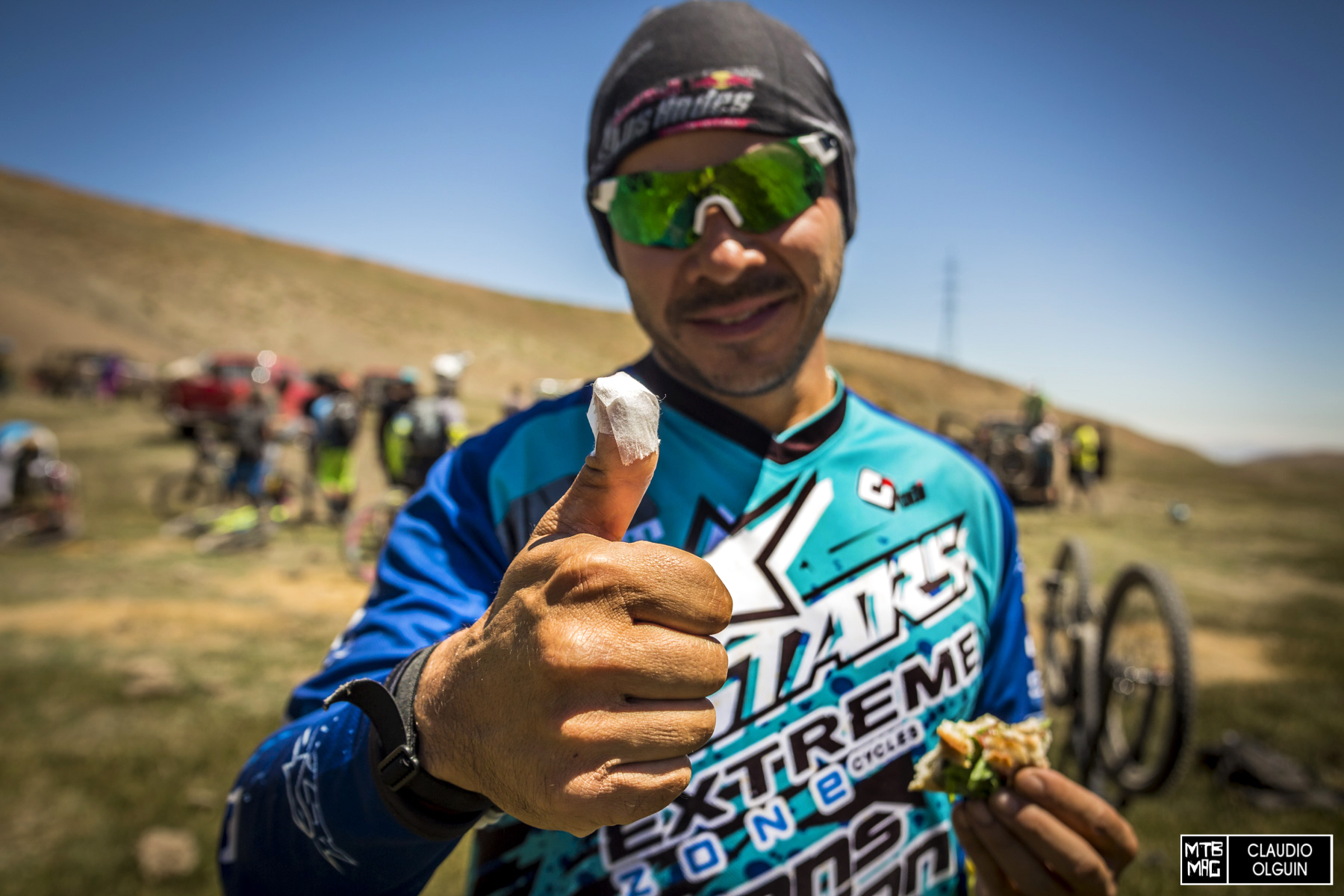 Felipe Vasquez after having a huge crash on the first stage where he destroyed his thumb’s nail. Then he snapped his frame and finished the day injuring his knee… Heal up soon. 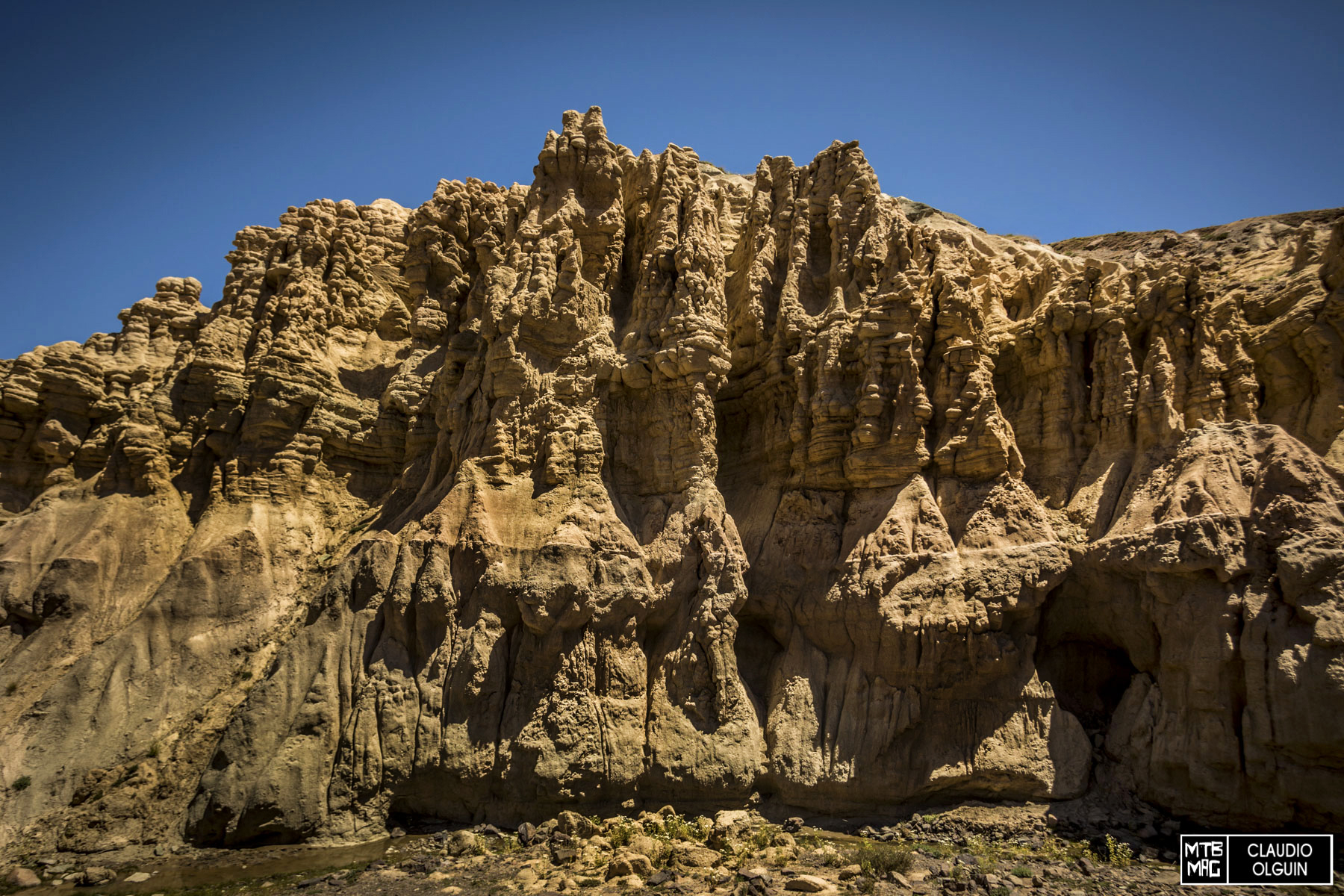 Piece of art thanks to water and erosion from past years. 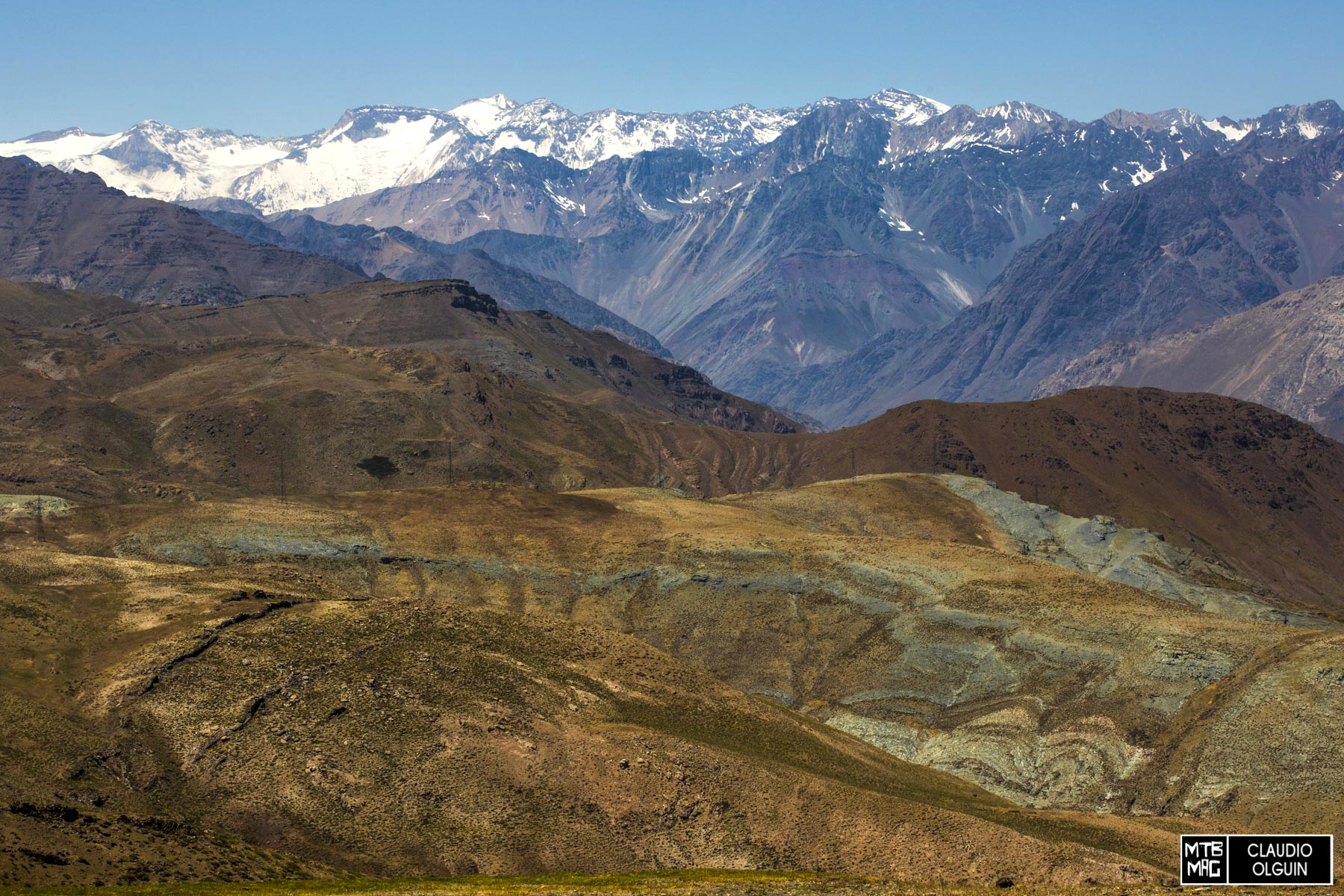 Scenery of the Andes. 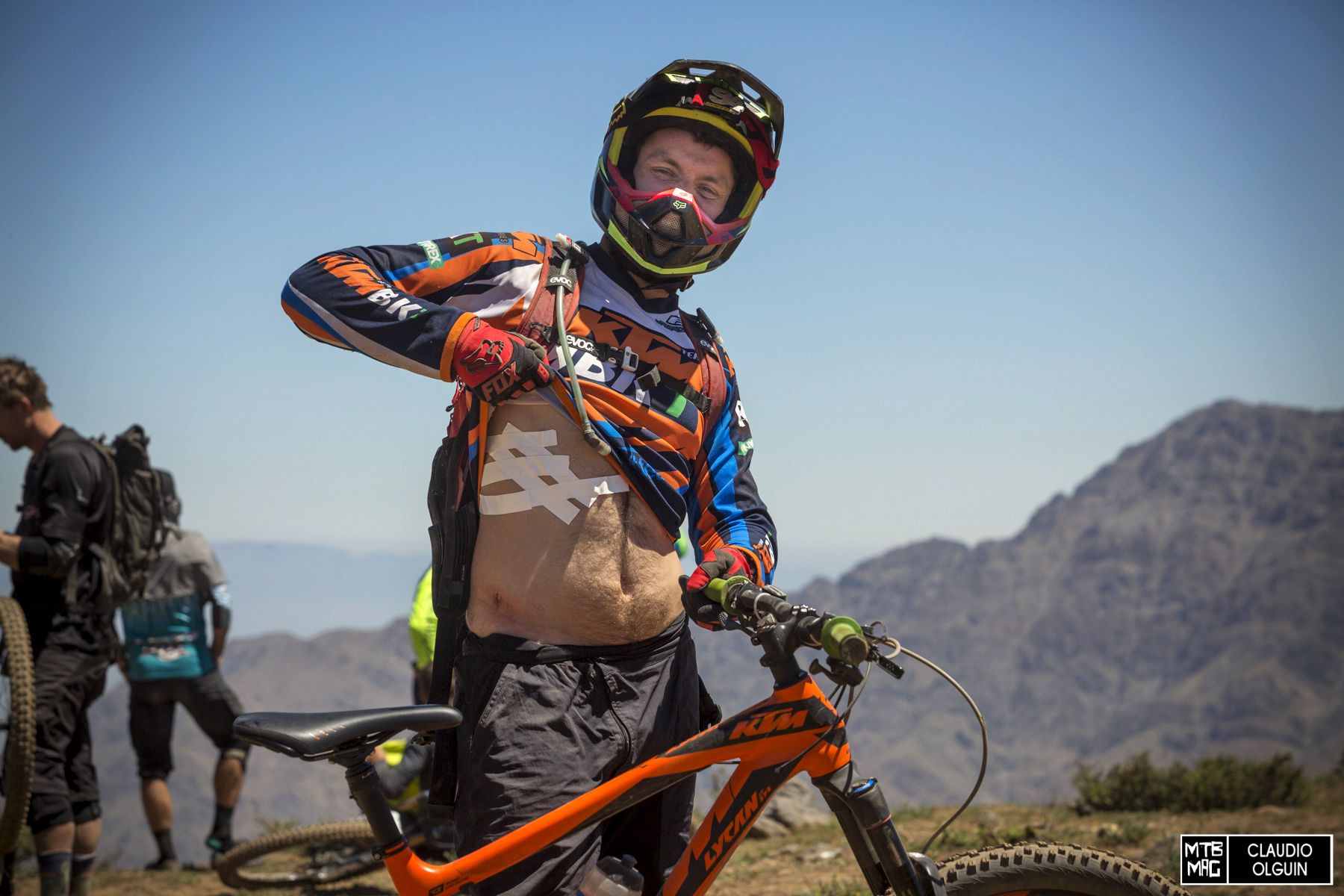 Tough day for Juan Hagn who broke a couple of ribs. 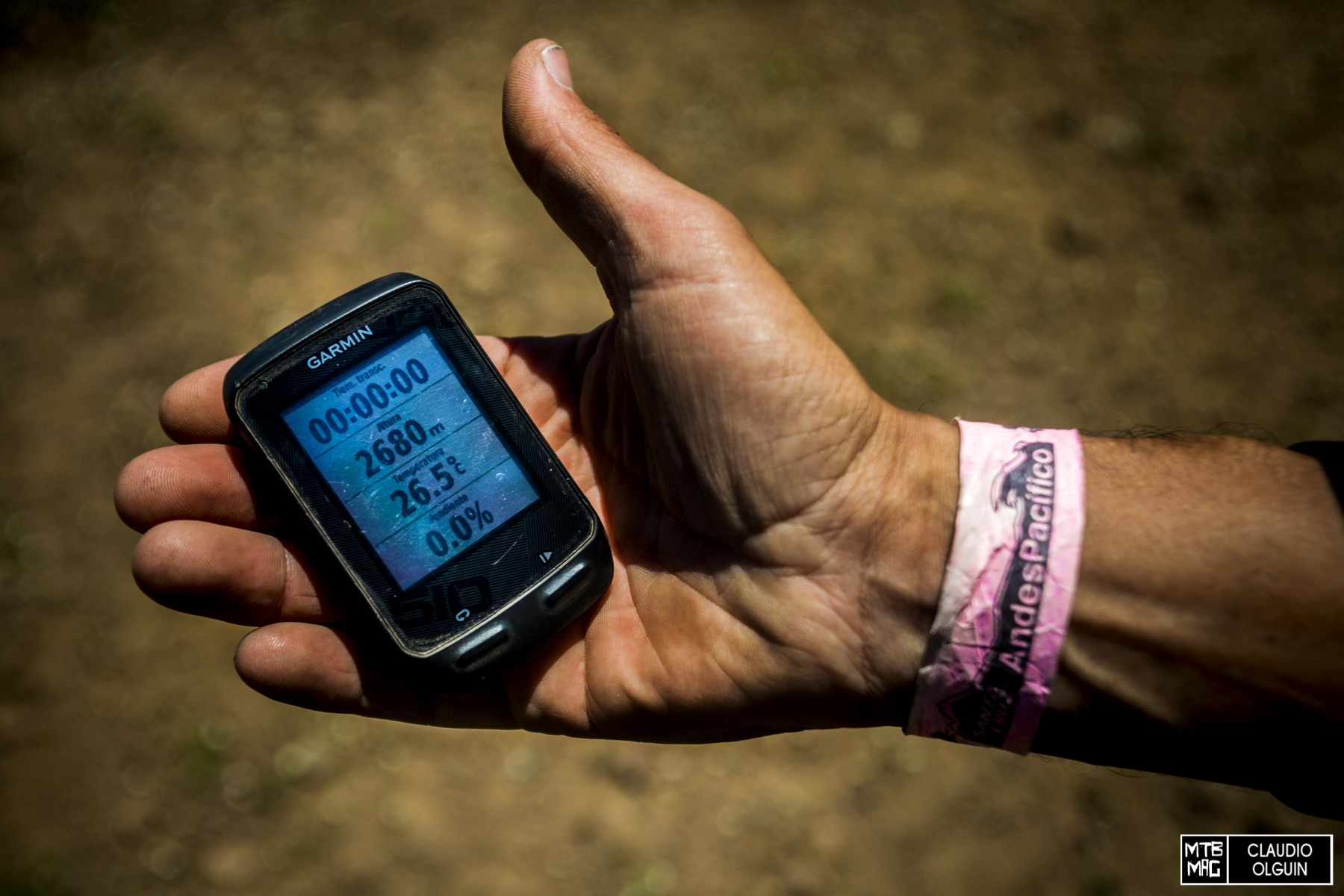 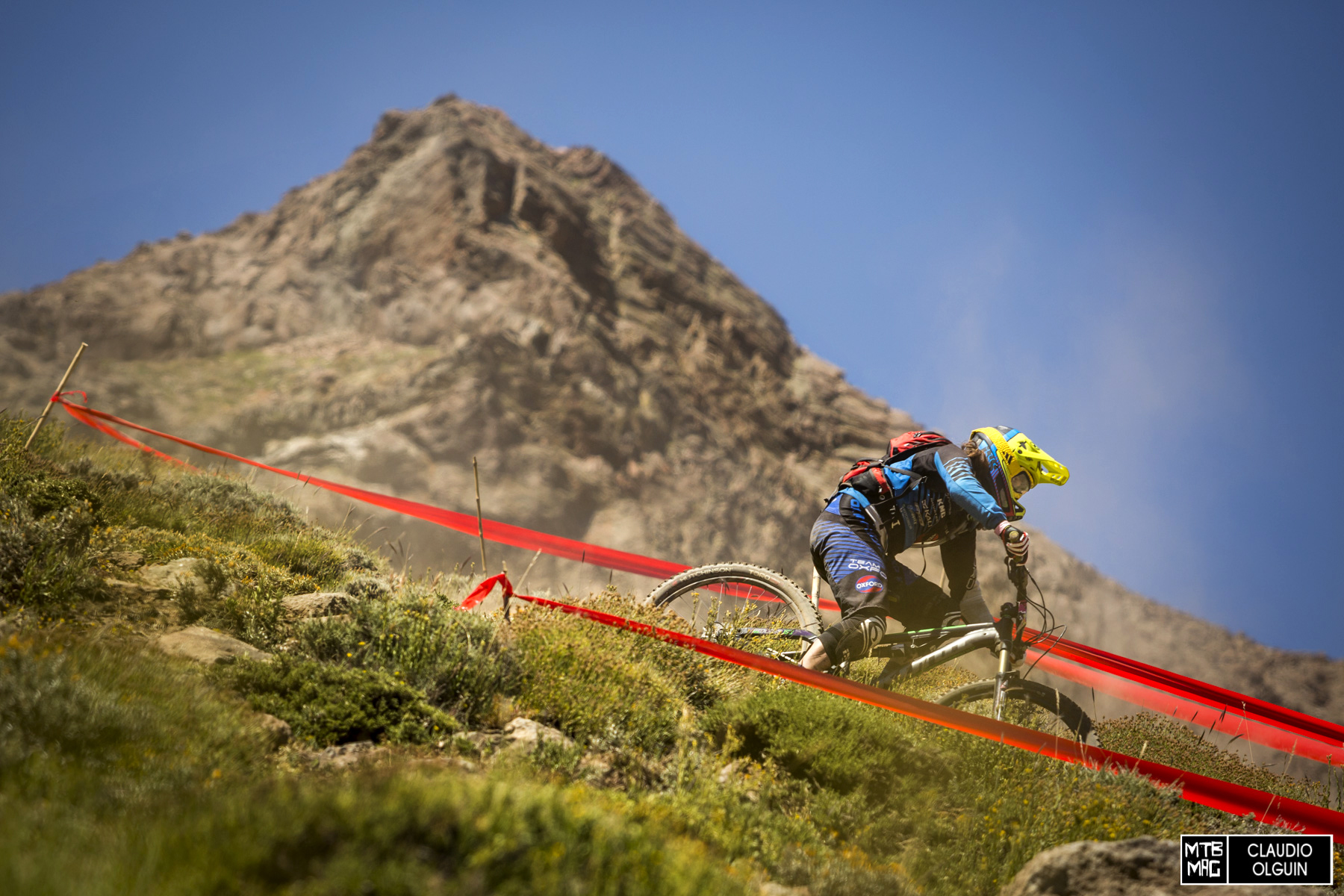 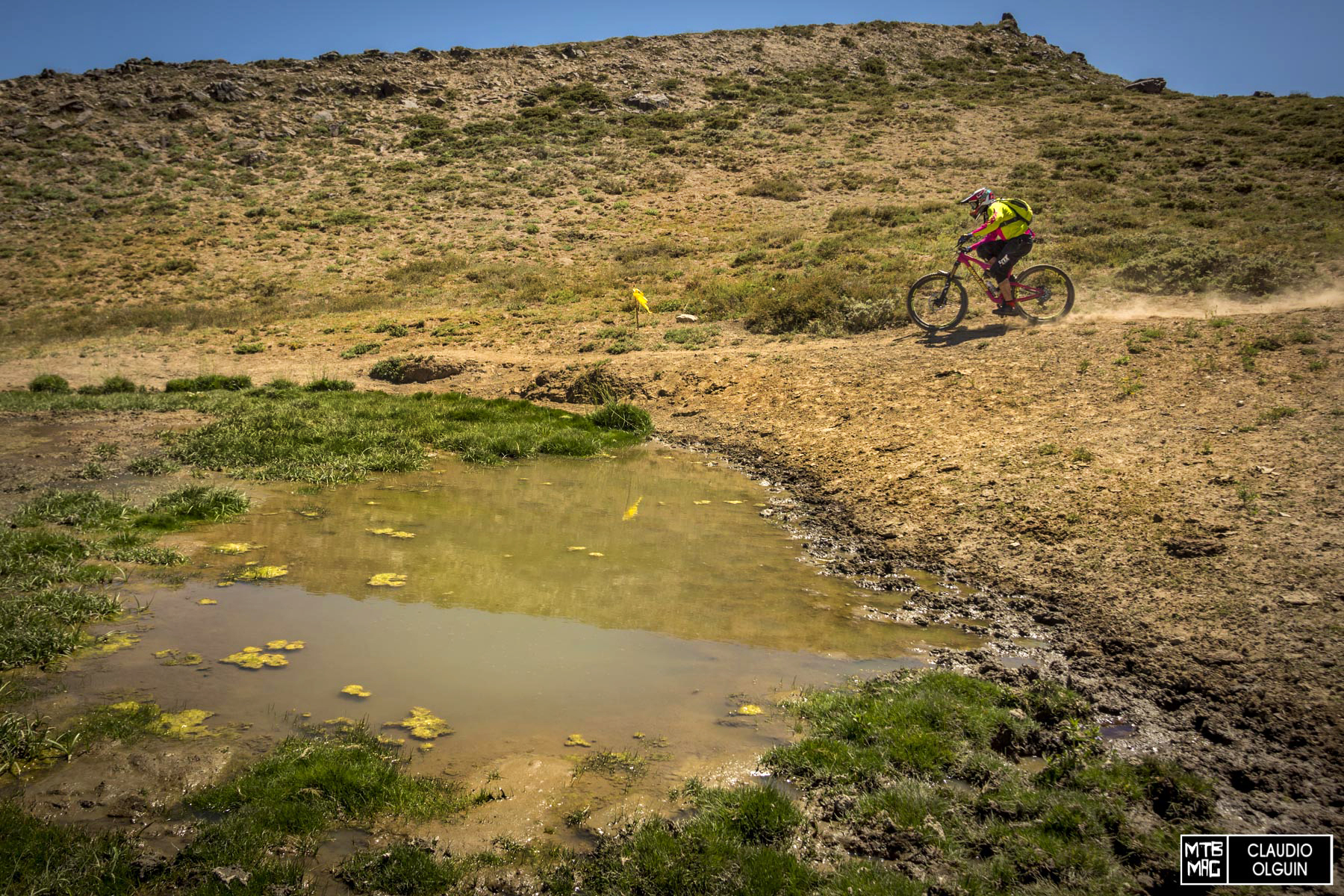 A puddle in the middle of nowhere. Dennis Beare comes from Squamish and this is his first time in Chile. Tracy Moseley ended up the first stage with a flat tire, and crashed on the last one. Even though she managed to finish first. Milciades Jaque was the best chilean rider and is fourth, just 2 seconds from Francois who is leading the event. Frustration and anger is what Nicolas Prudencio felt as he descended the last stage with a flat tire. Here Francois Bailly Maitre refreshes himself on a river after a long day of competition. All riders ended up wet from head to toe but it was good to beat the heat.

Coming up next is the shortest day with only 2 stages, and on Saturday we will go to Matanza for the last stages of the event.