Andes Pacifico is an insane mountain bike race that crosses Chile from the mountains to the sea in just 5 days. Riders from  Argentina, Scotland , United States, France and all over the world show up for this epic event. 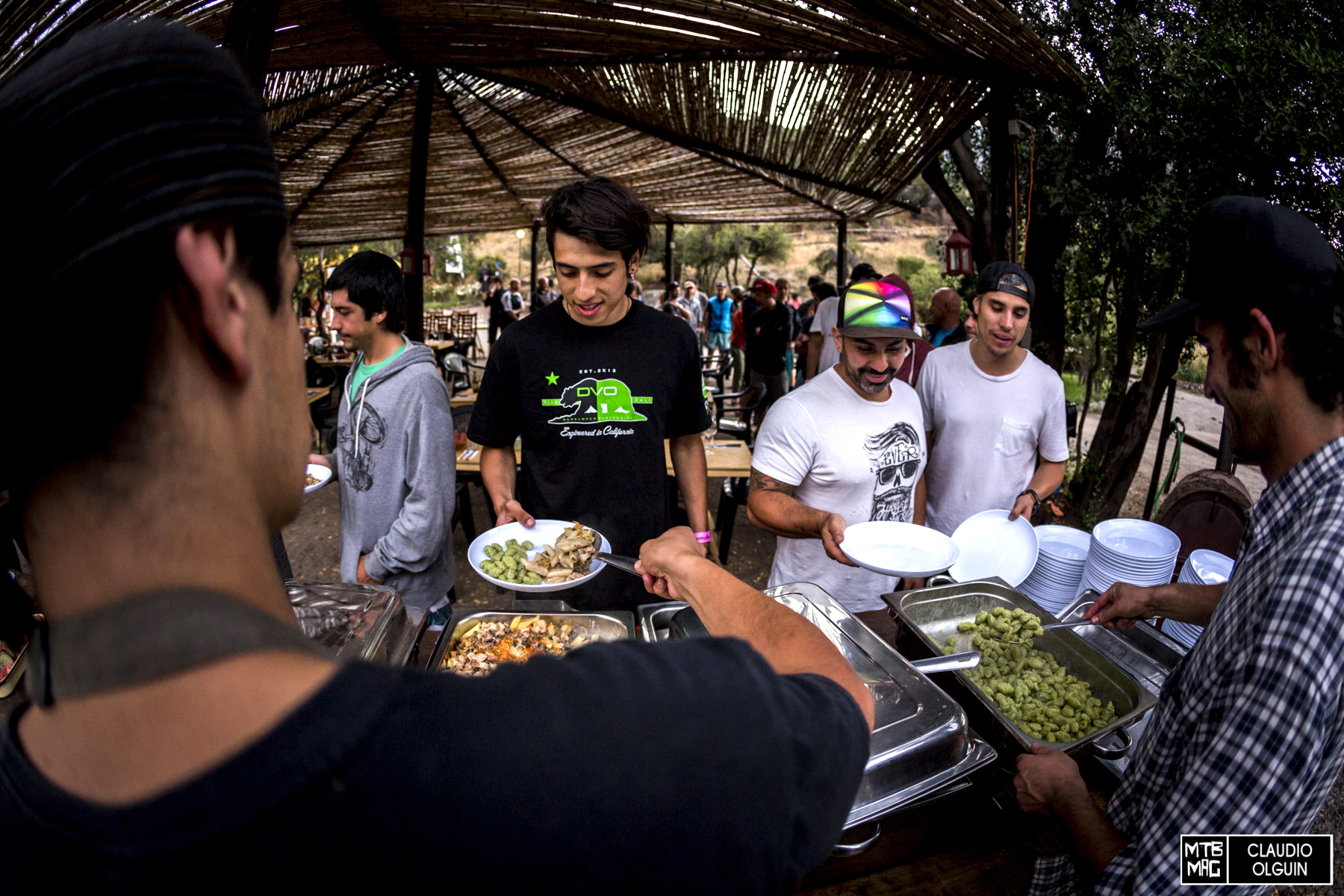 Eating is one of the most important things.  Everyone needs fuel.  Especially with massive days like this. 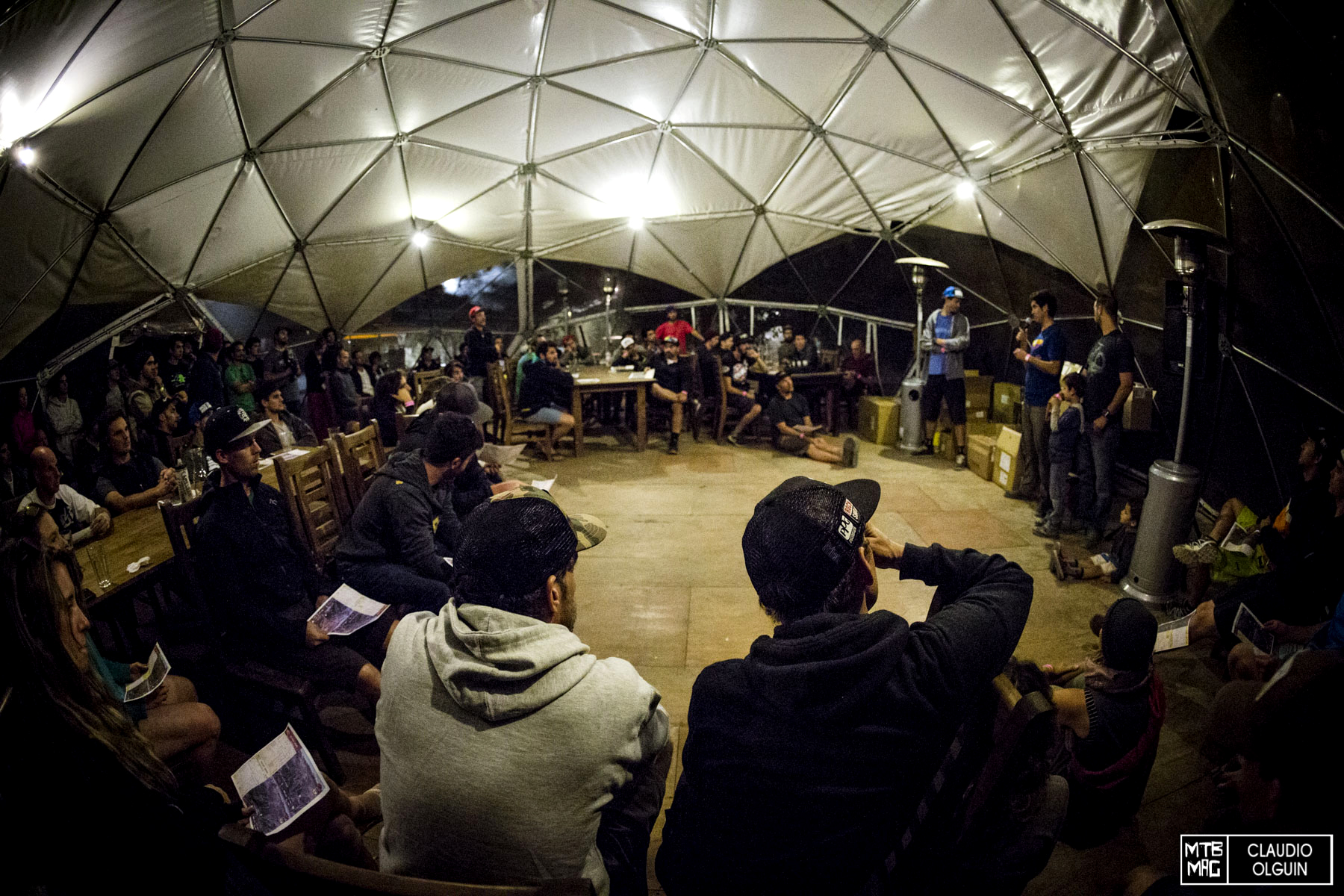 Cape Epic style : sleeping in a tent at the end of each stage, given the distance from hotels and civilization.  Matias del Solar (one of the organizers) goes over the main points of the track, while making sure to hurry to allow the riders to go to sleep early. 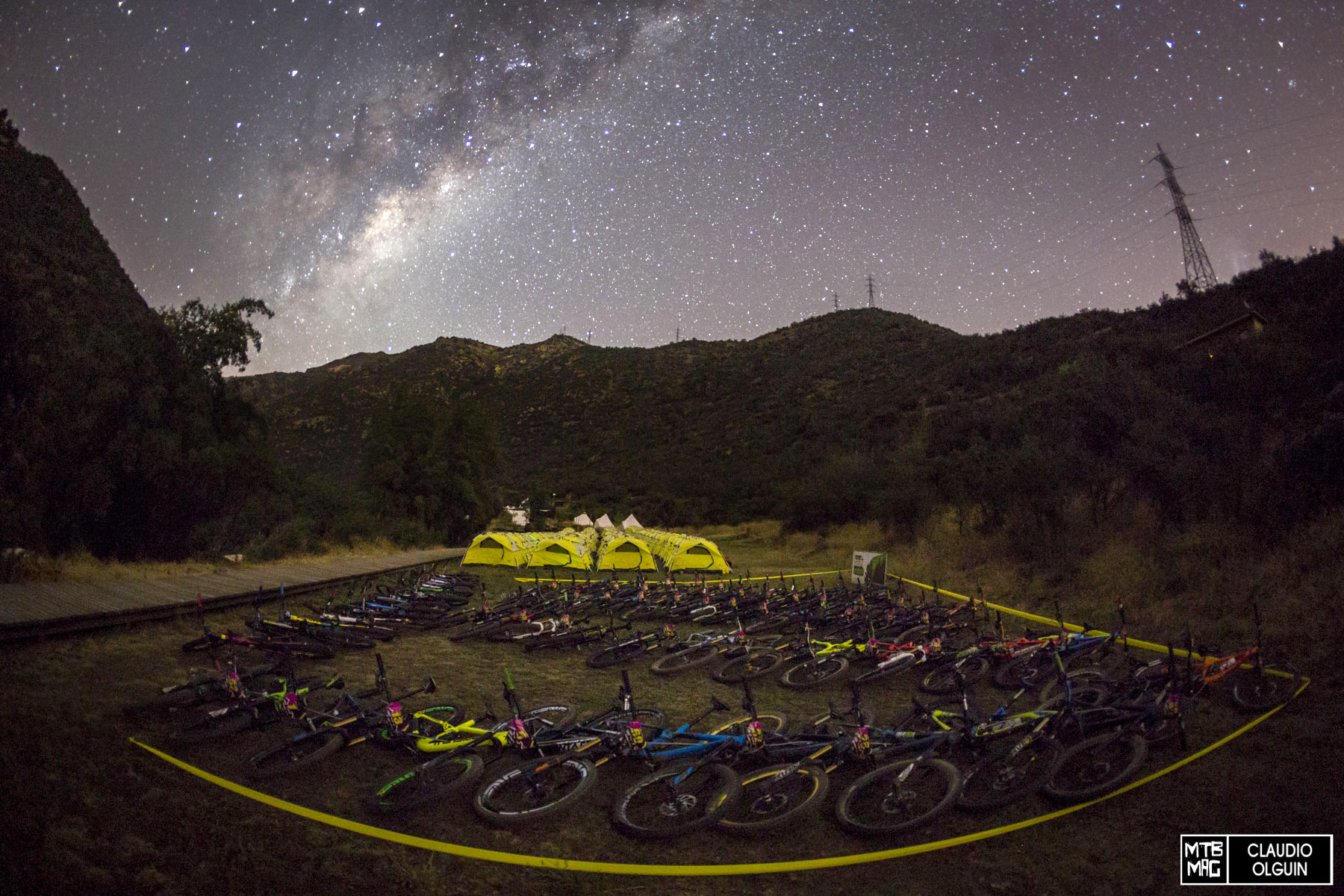 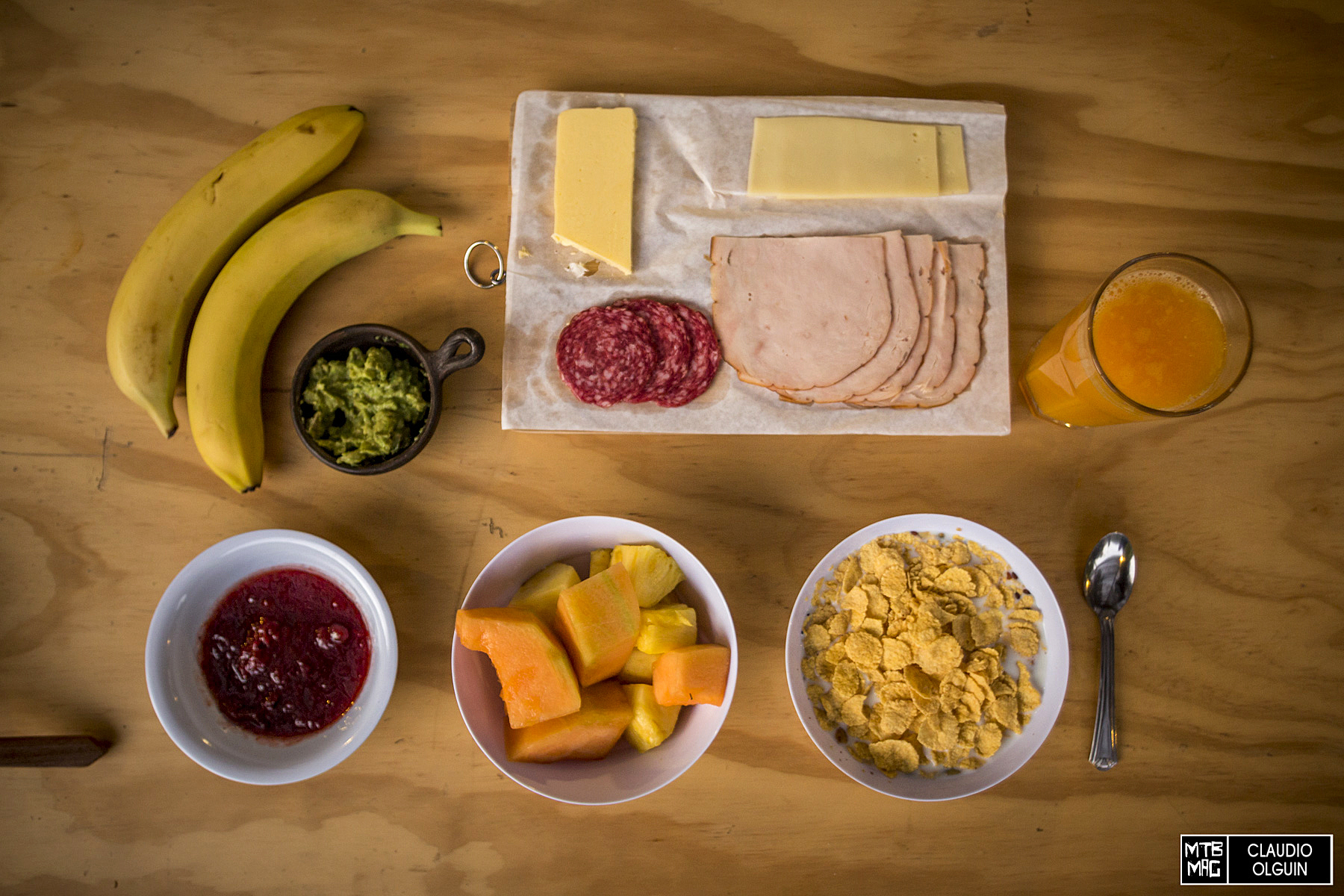 Breakfast, designed to withstand the 35 °temperatures of the trails of La Parva. 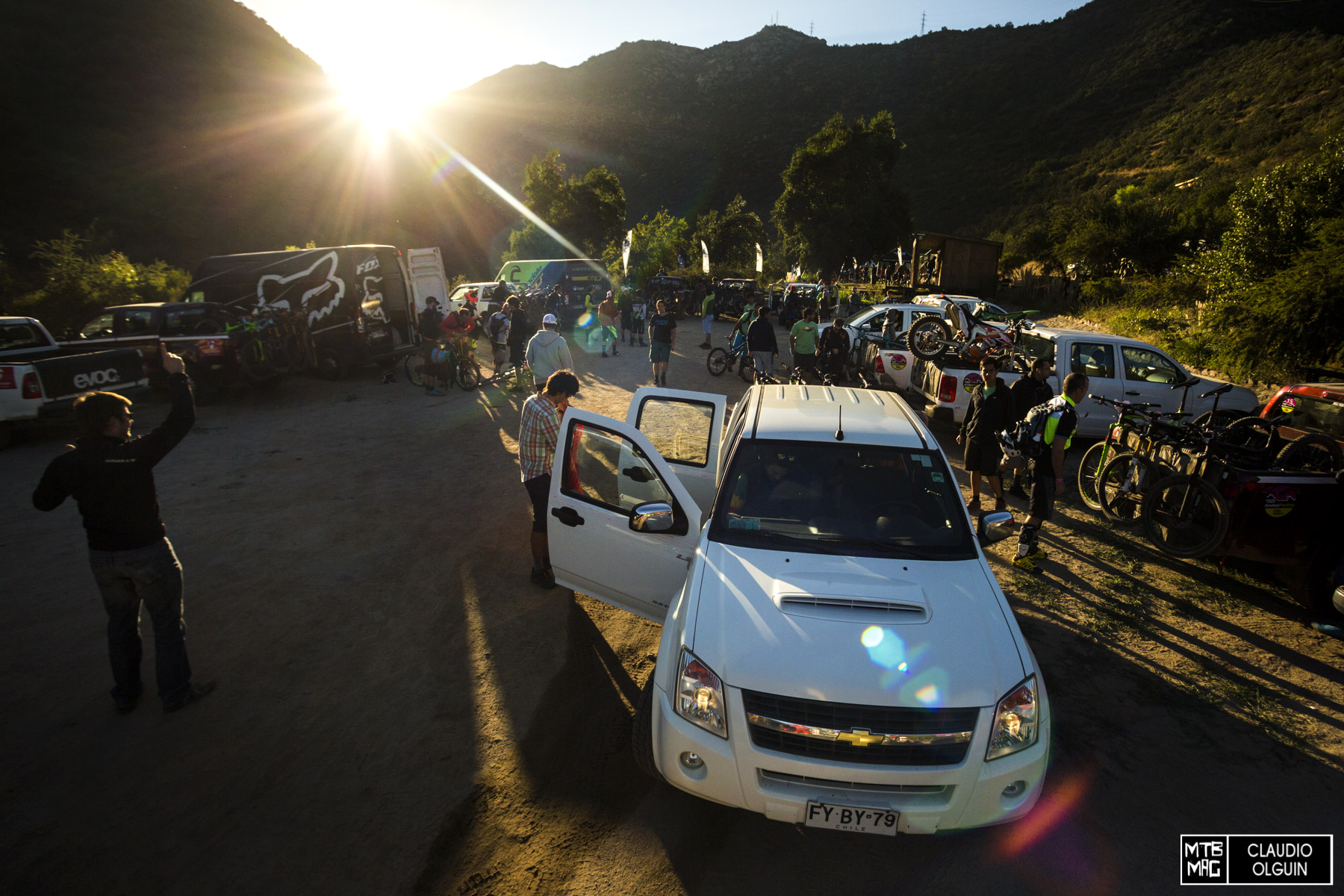 The first shuttle is at Laguna Piuquenes, a town which lies 3,400 meters above sea level. 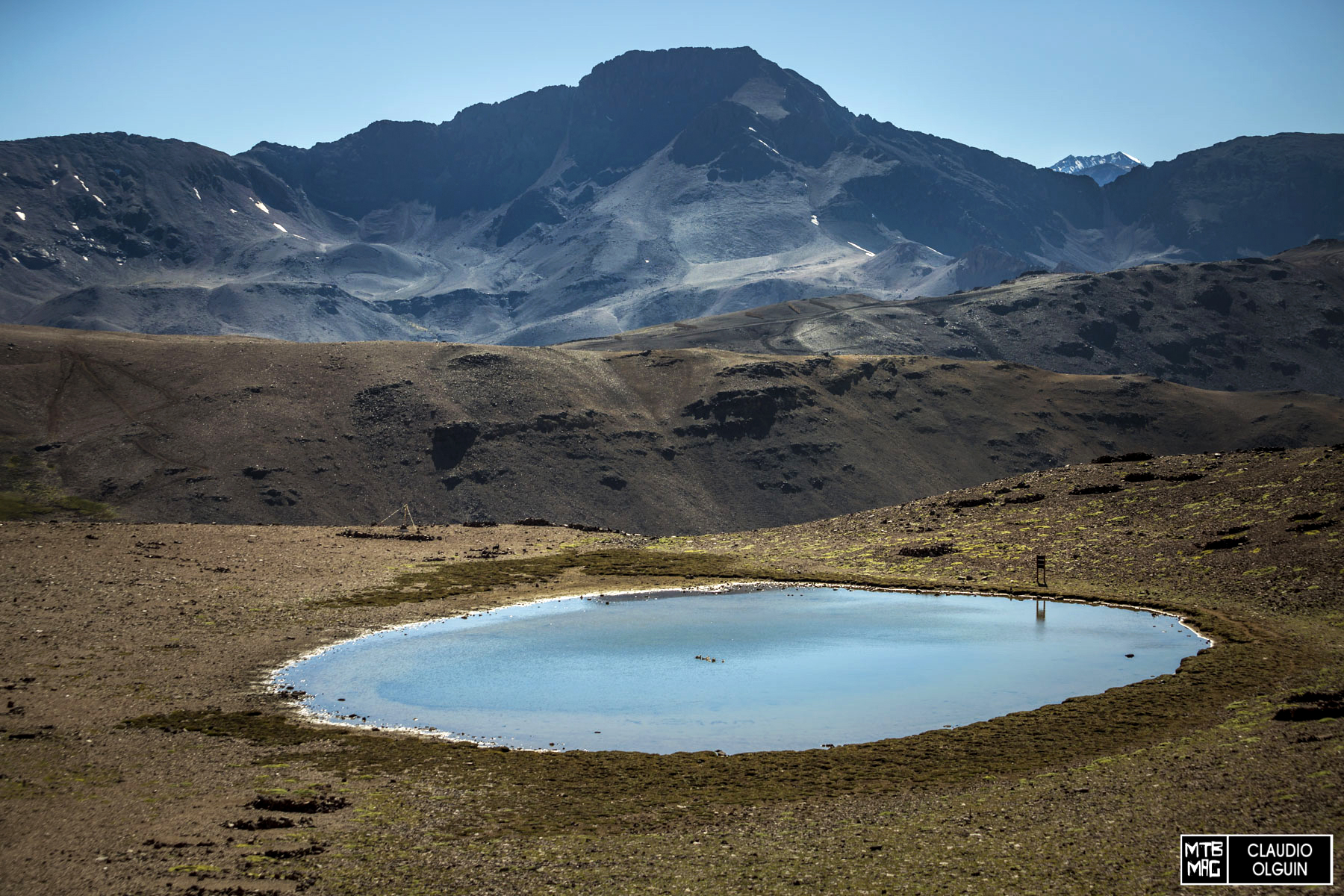 Here we are at Laguna Piuquenes. Note the icy water. Here, at night the temperature drop below zero. The climbs do not end with the shuttles. Wishful thinking.  The riders must carry their bikes to the starting point, where air is minimal… 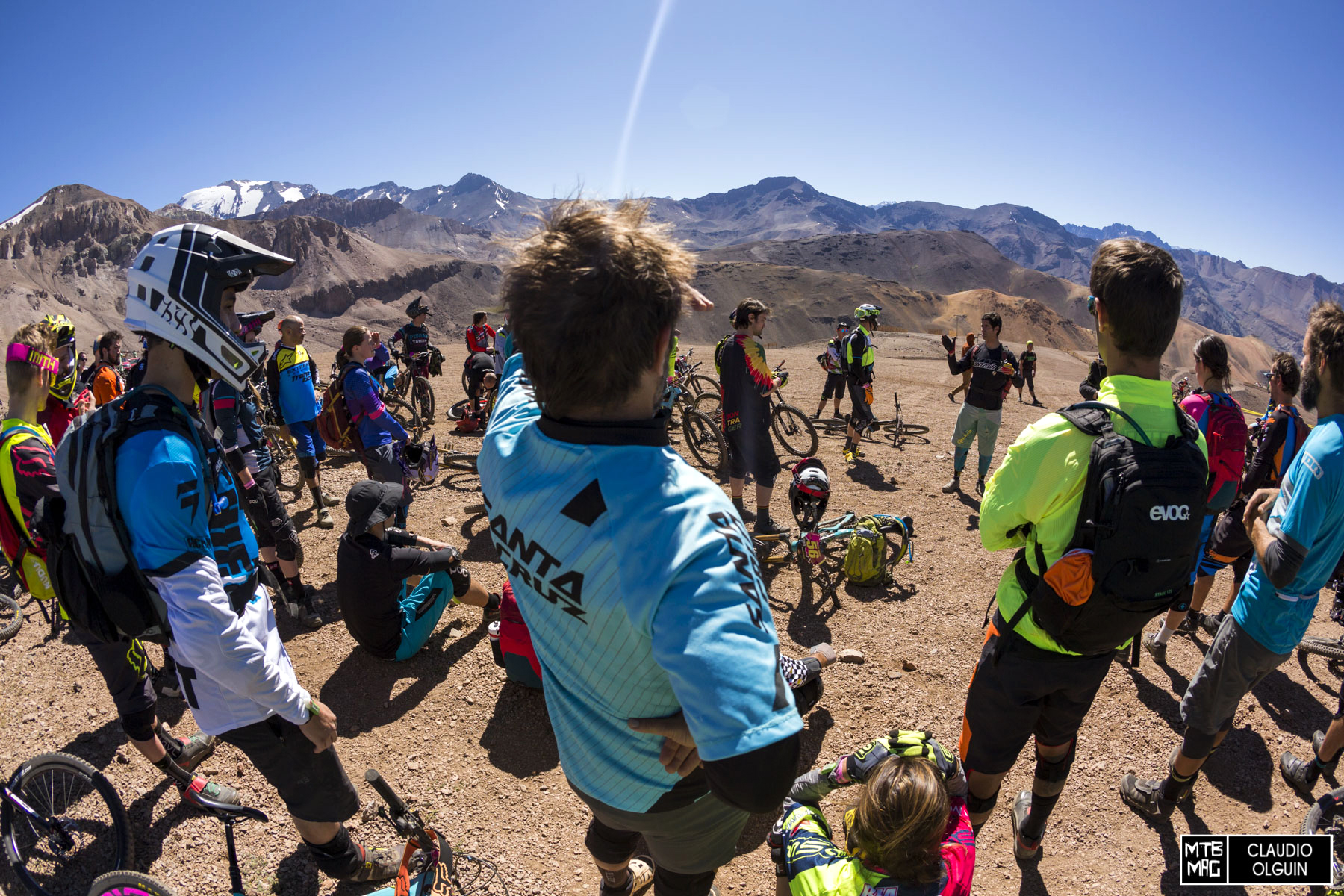 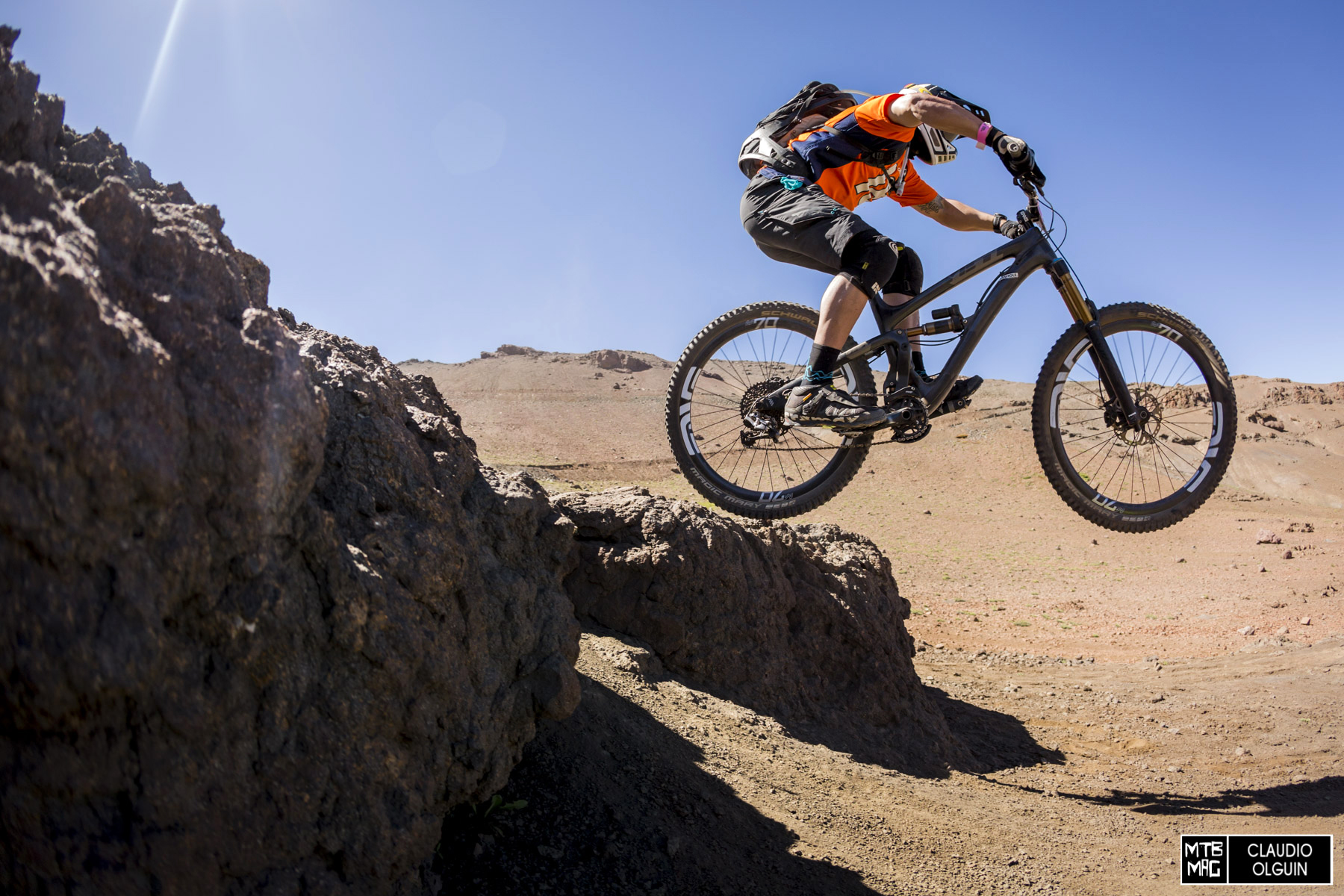 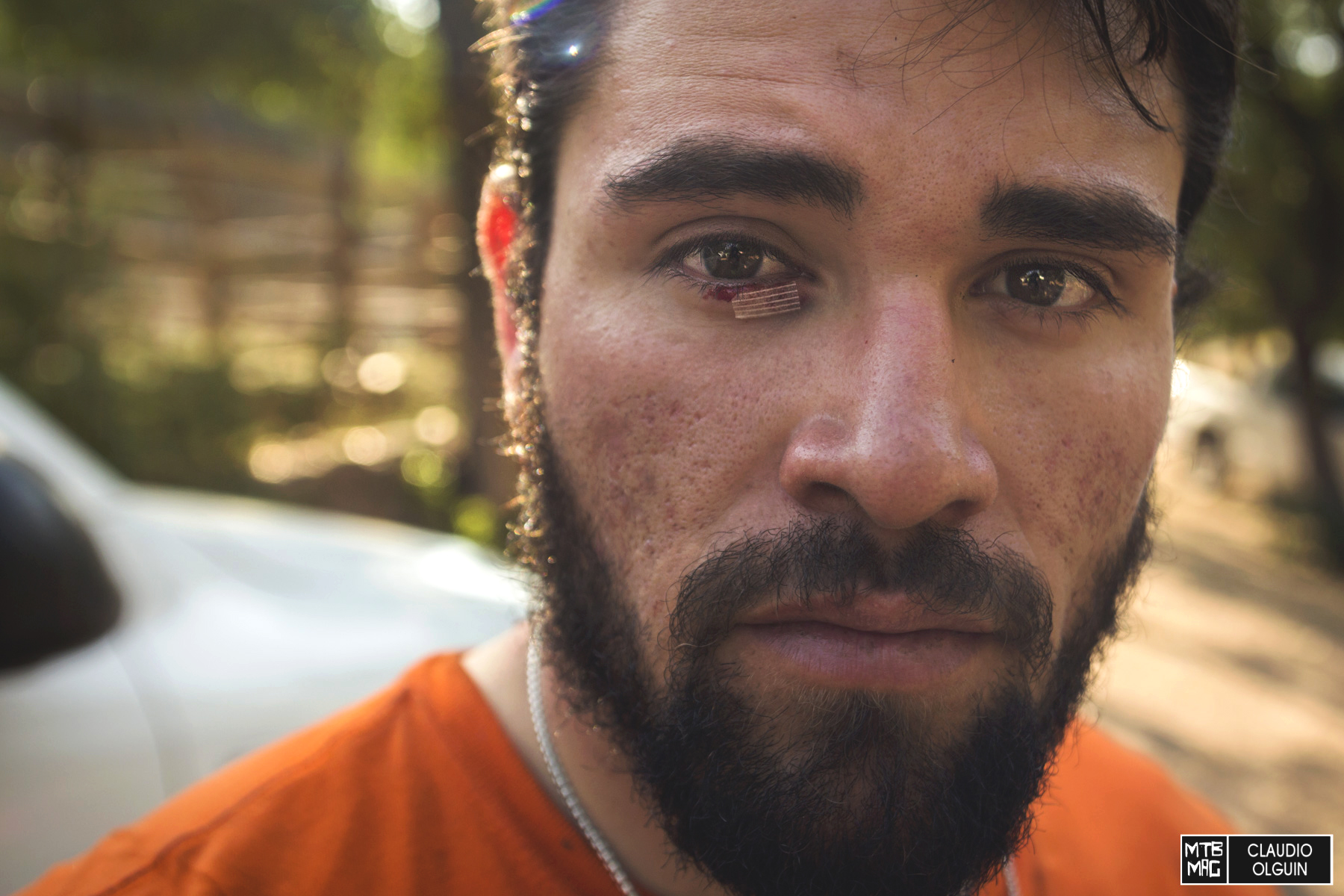 Alejandro Gonzalez from Mexico has caught a bashing just below his eye, fortunately without serious consequences. 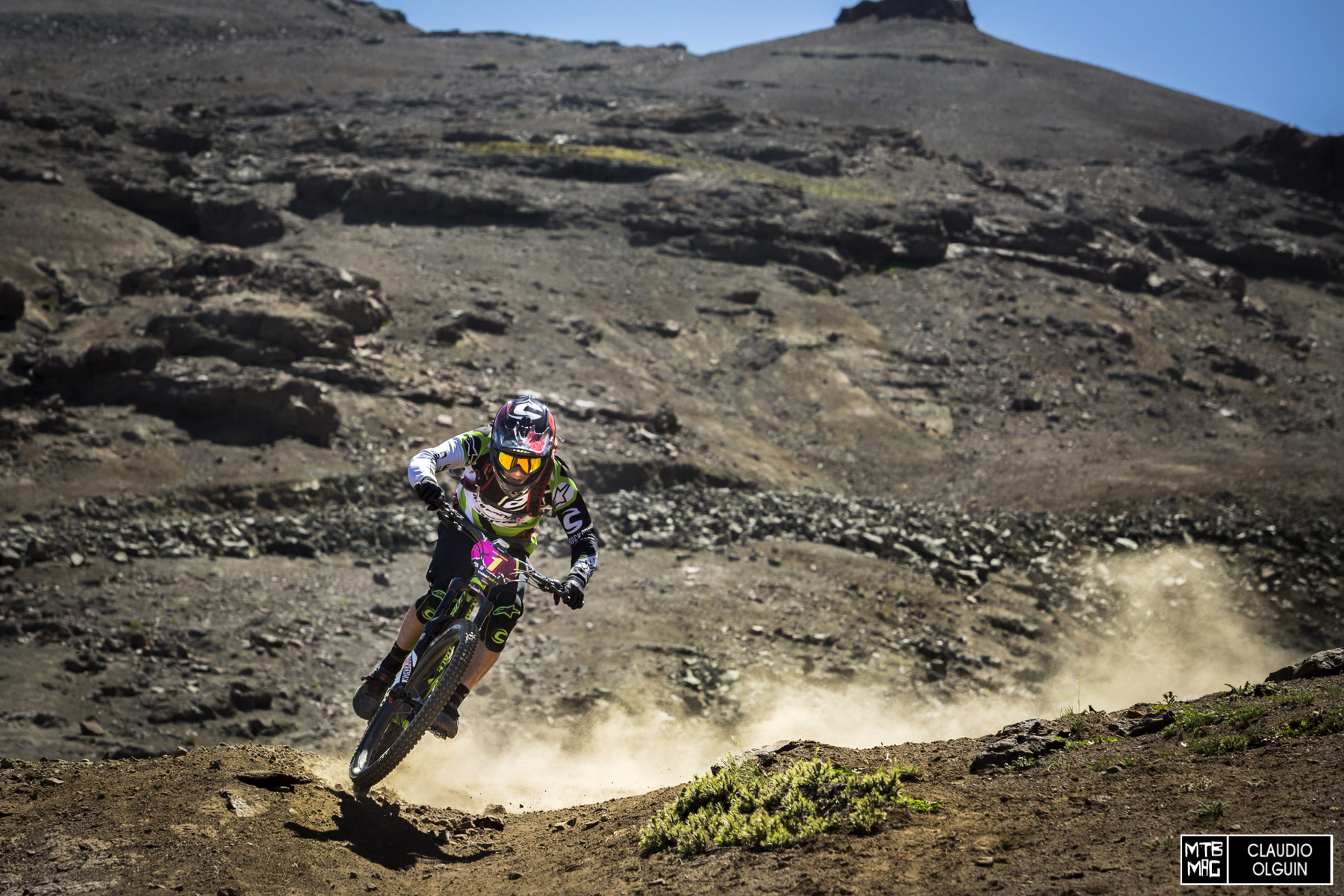 Jerôme Clementz full throttle during the first stage. He won the 2014 race and is one of this year’s favorites. Note the SRAM wheels with wider rims…hmmm – what’s going on here? 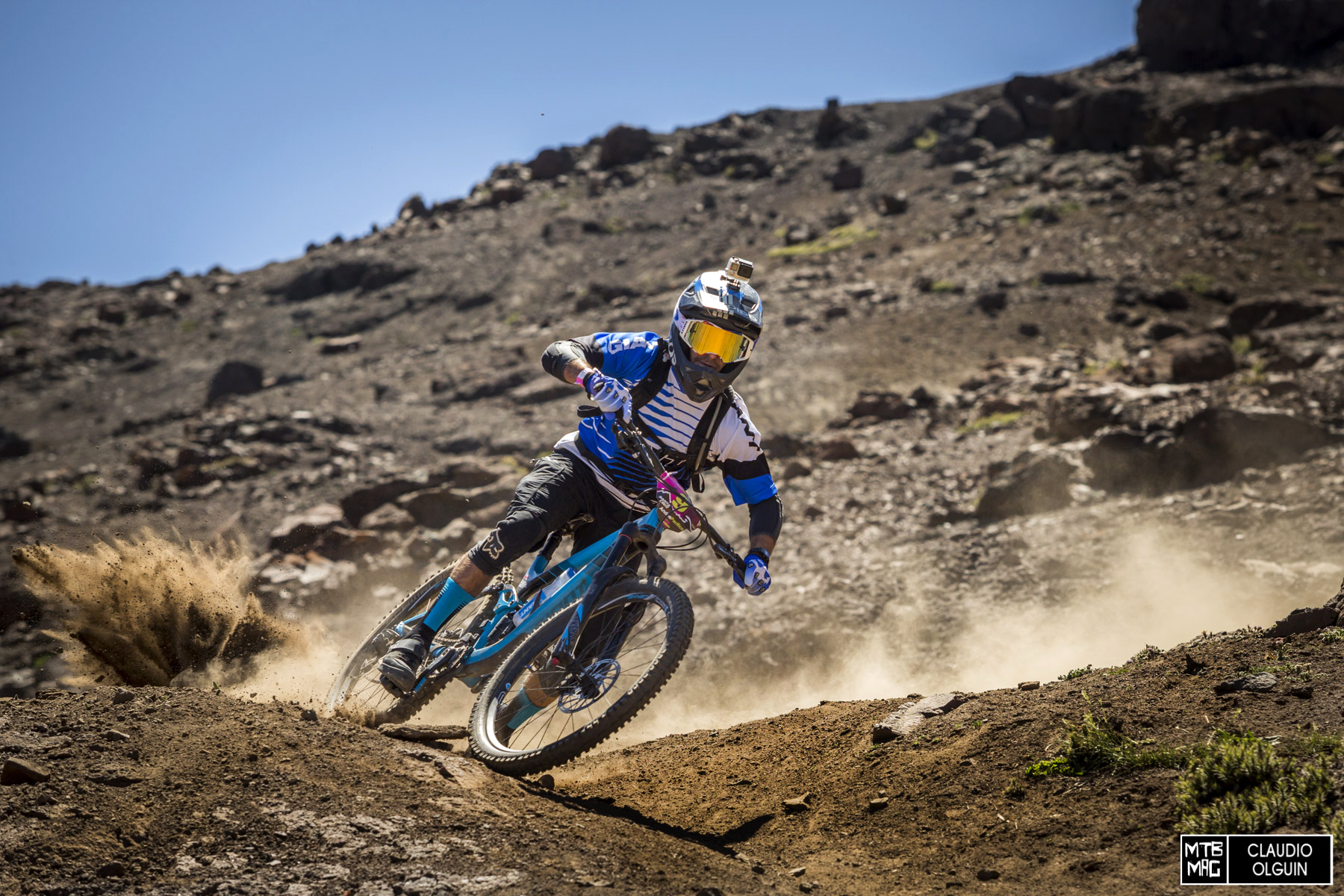 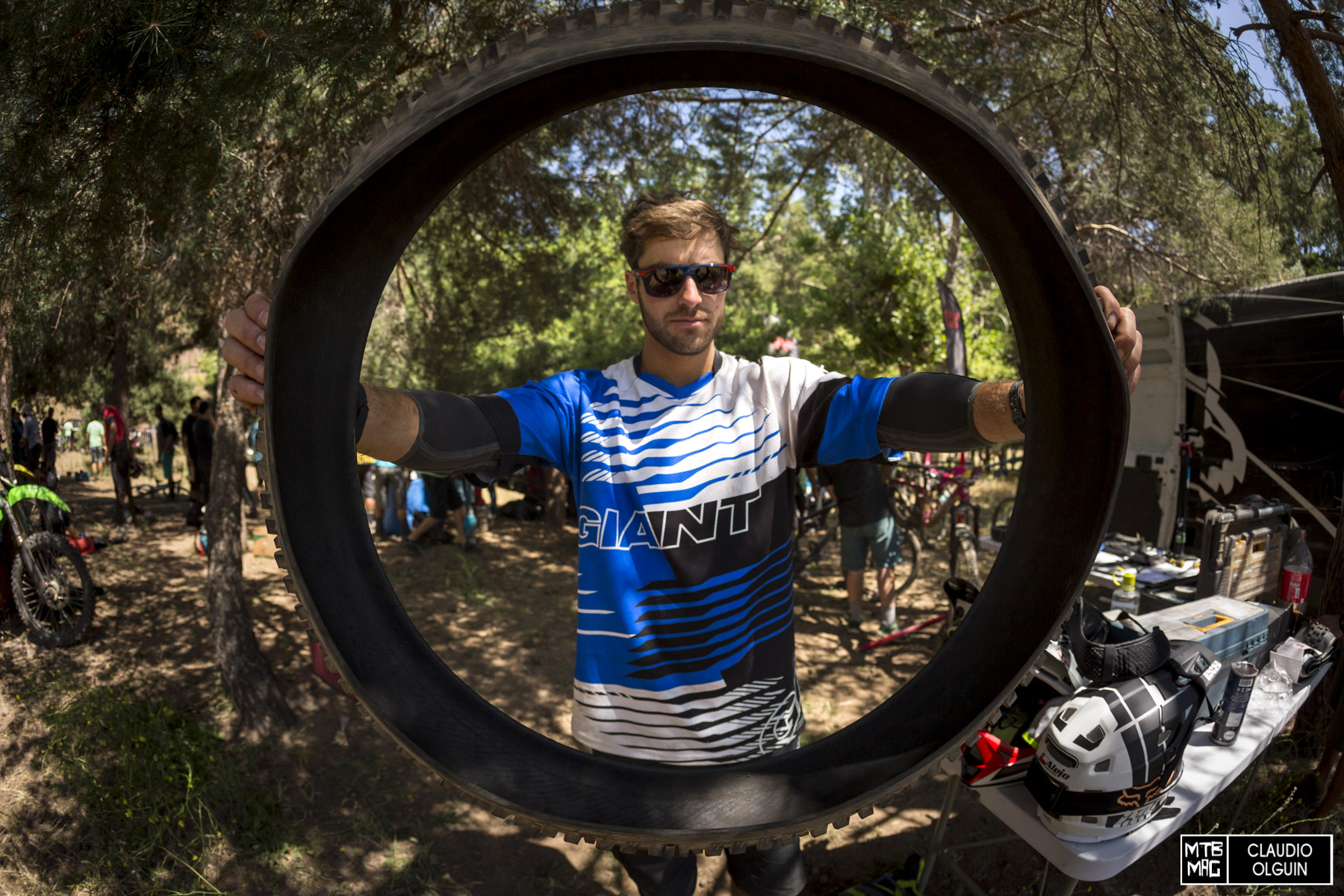 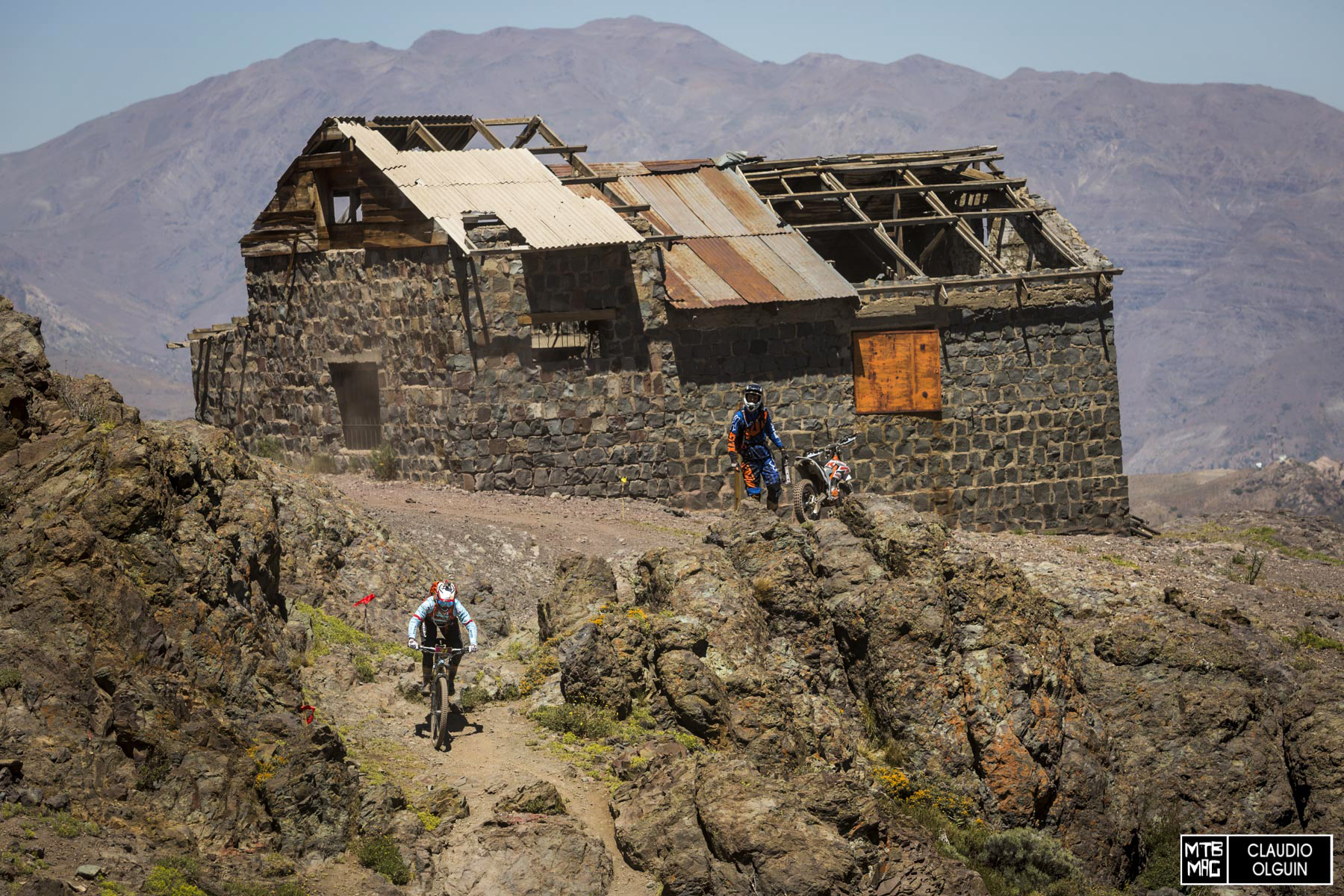 Despite the fact that it’s her first time racing the Andes Pacifico, Tracy Moseley has dominated the women’s category in each stage. 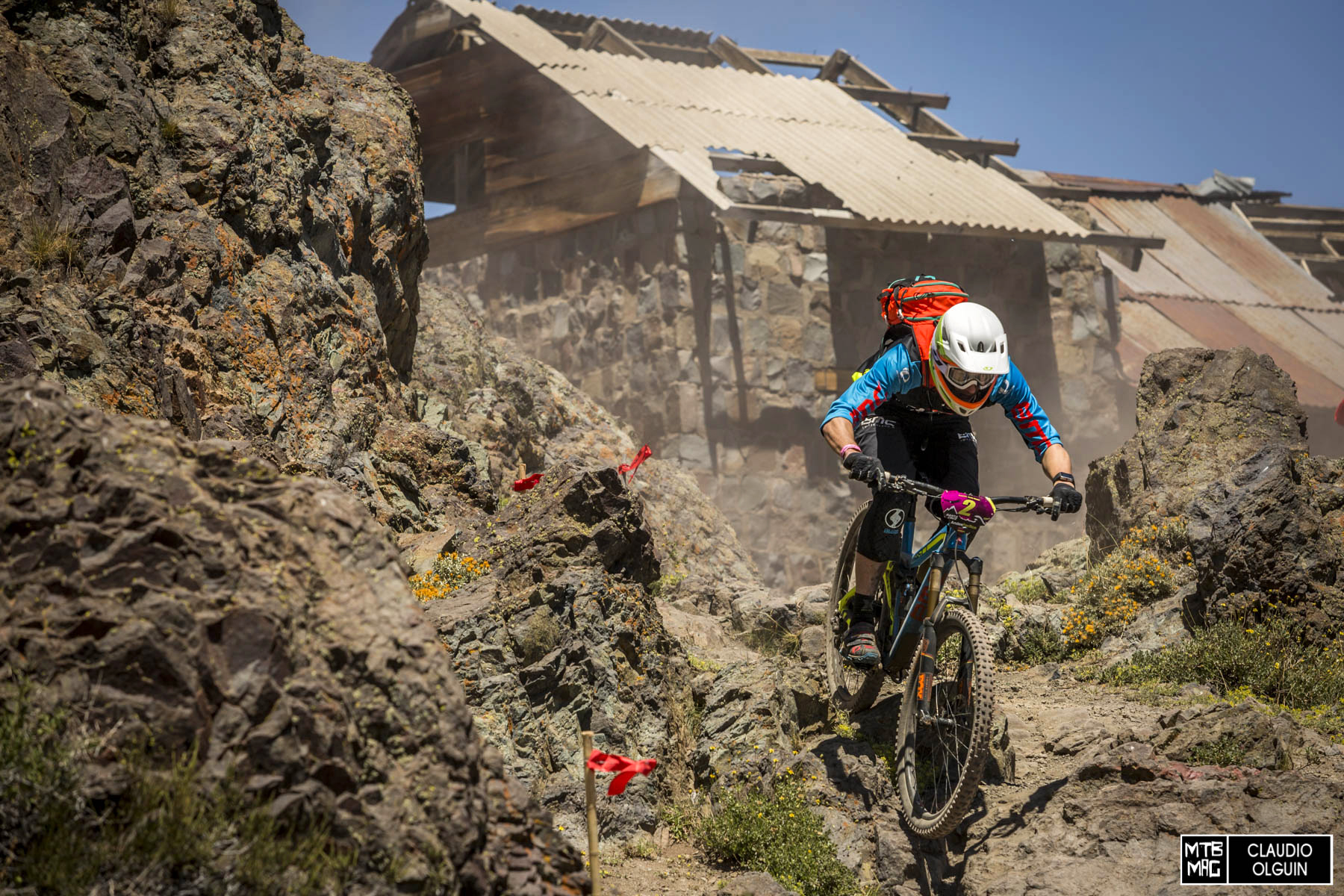 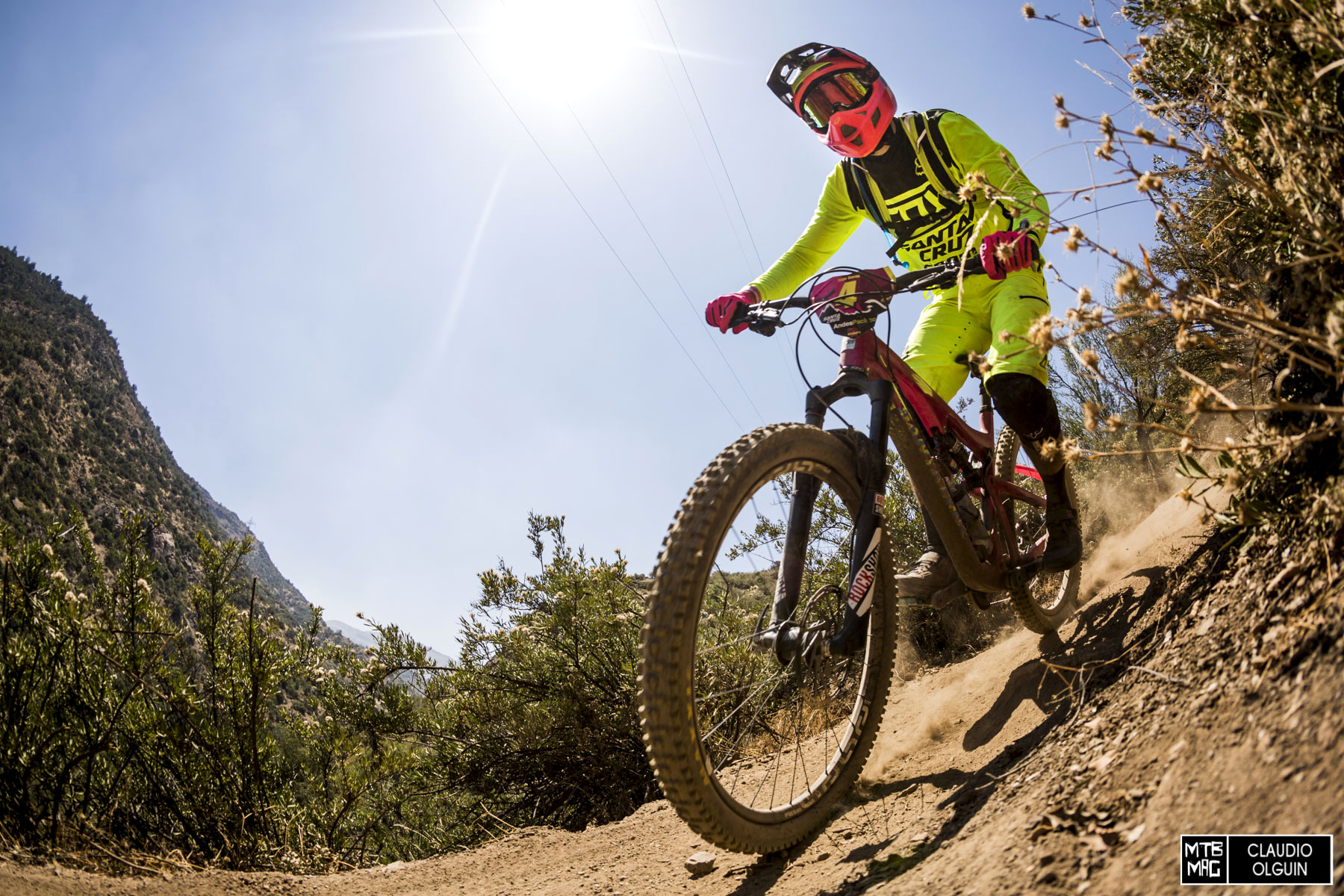 Iago Garay on the biggest stage of the day. 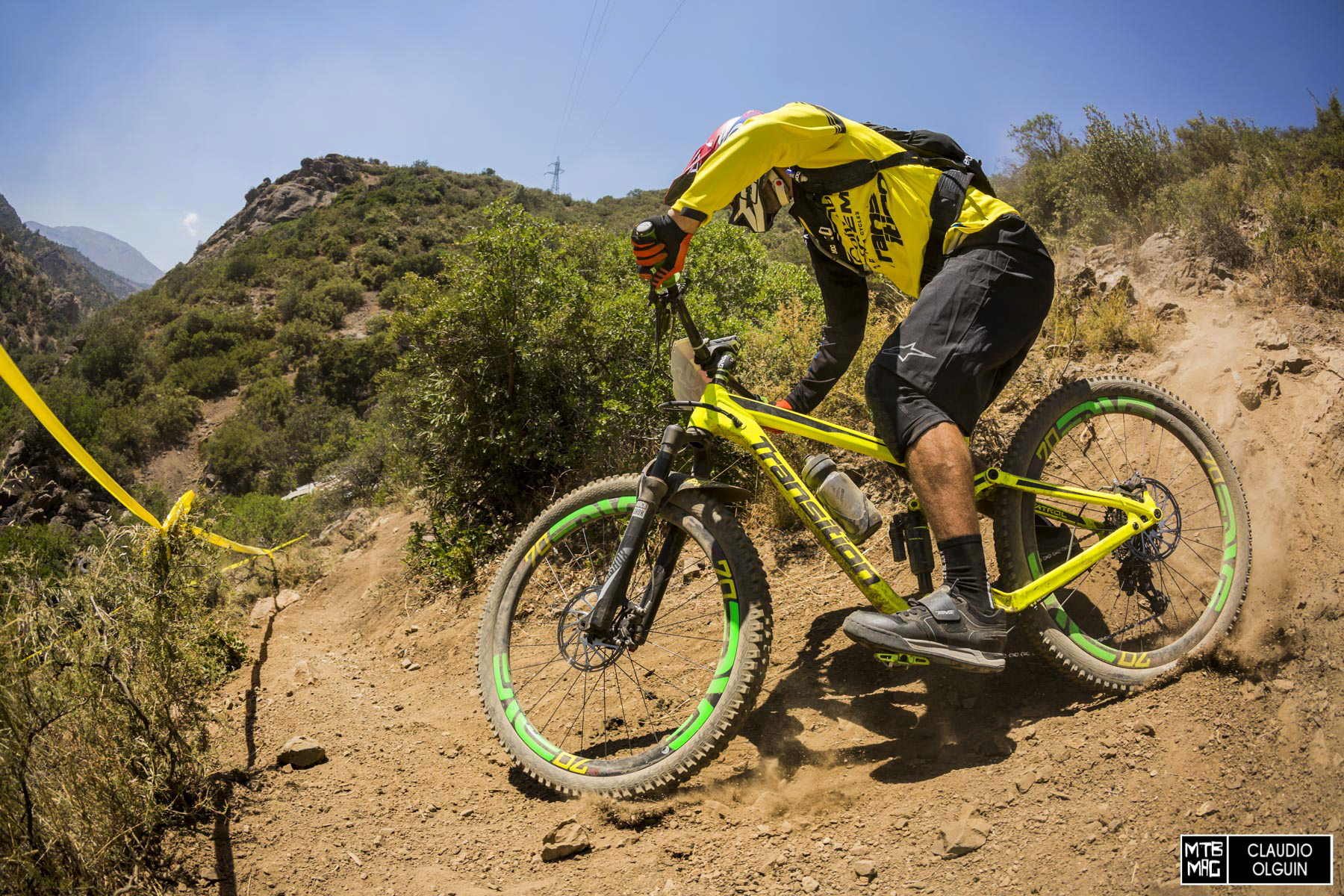 Nicolas Prudencio, unsurprisingly is sitting in the #1 spot after day one.  He has the hometown advantage after all. 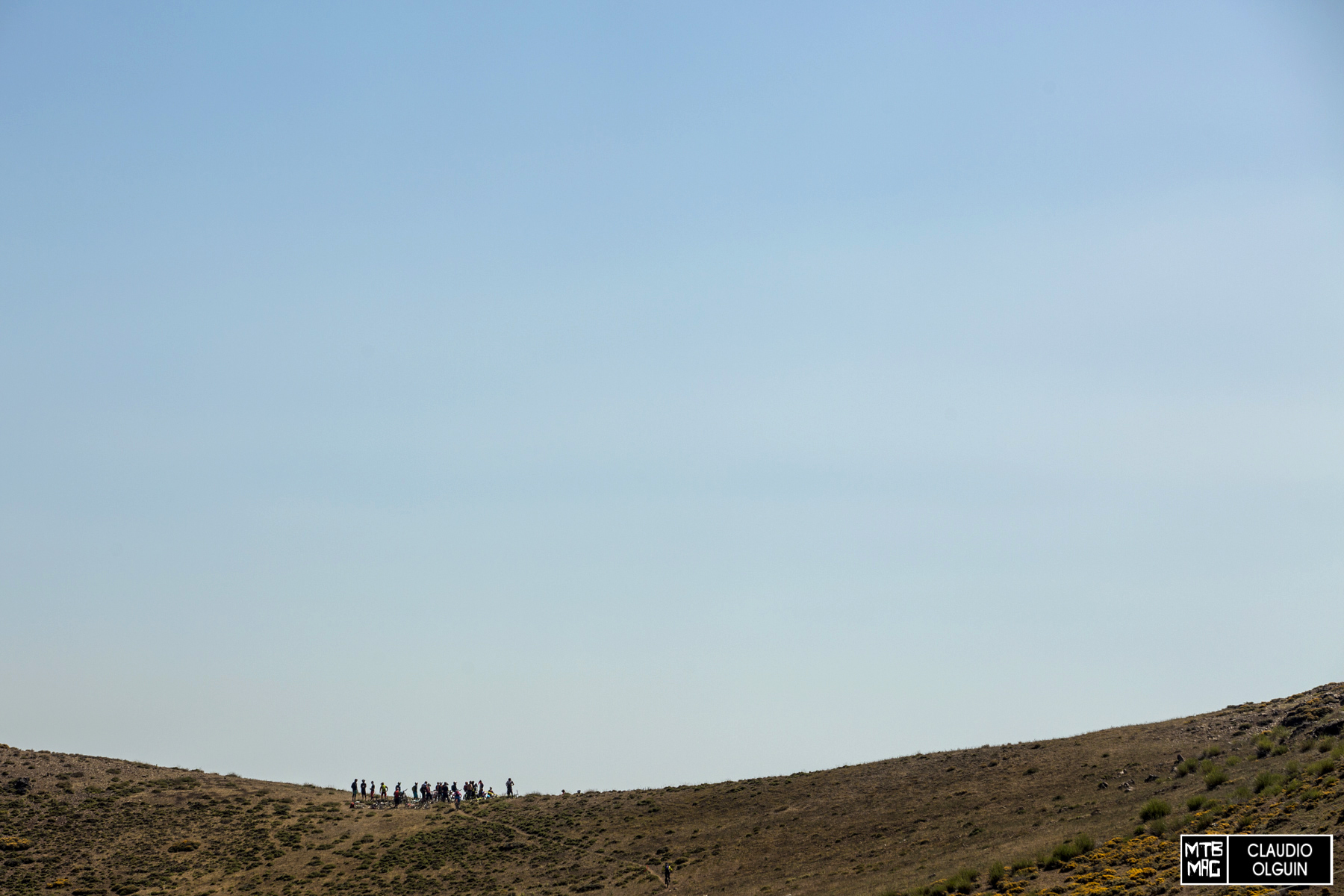 Dropping in from stage one. Iago Garay repairing his chain before the start of the last stage :  “Loma del viento”…It’s about 15 minutes – long and brutal. 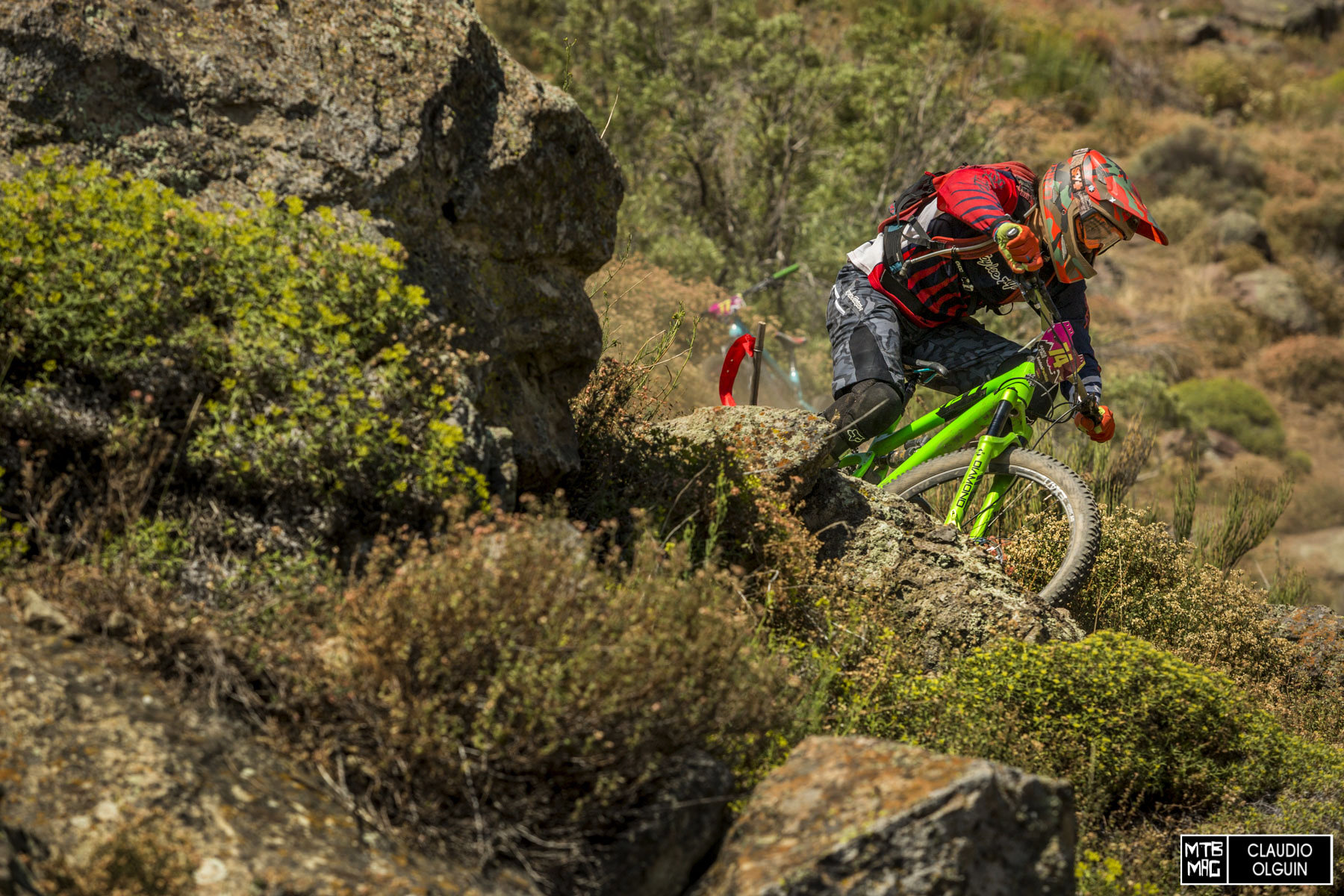 Milciades Jaque is the second Chilean in the overall standings. 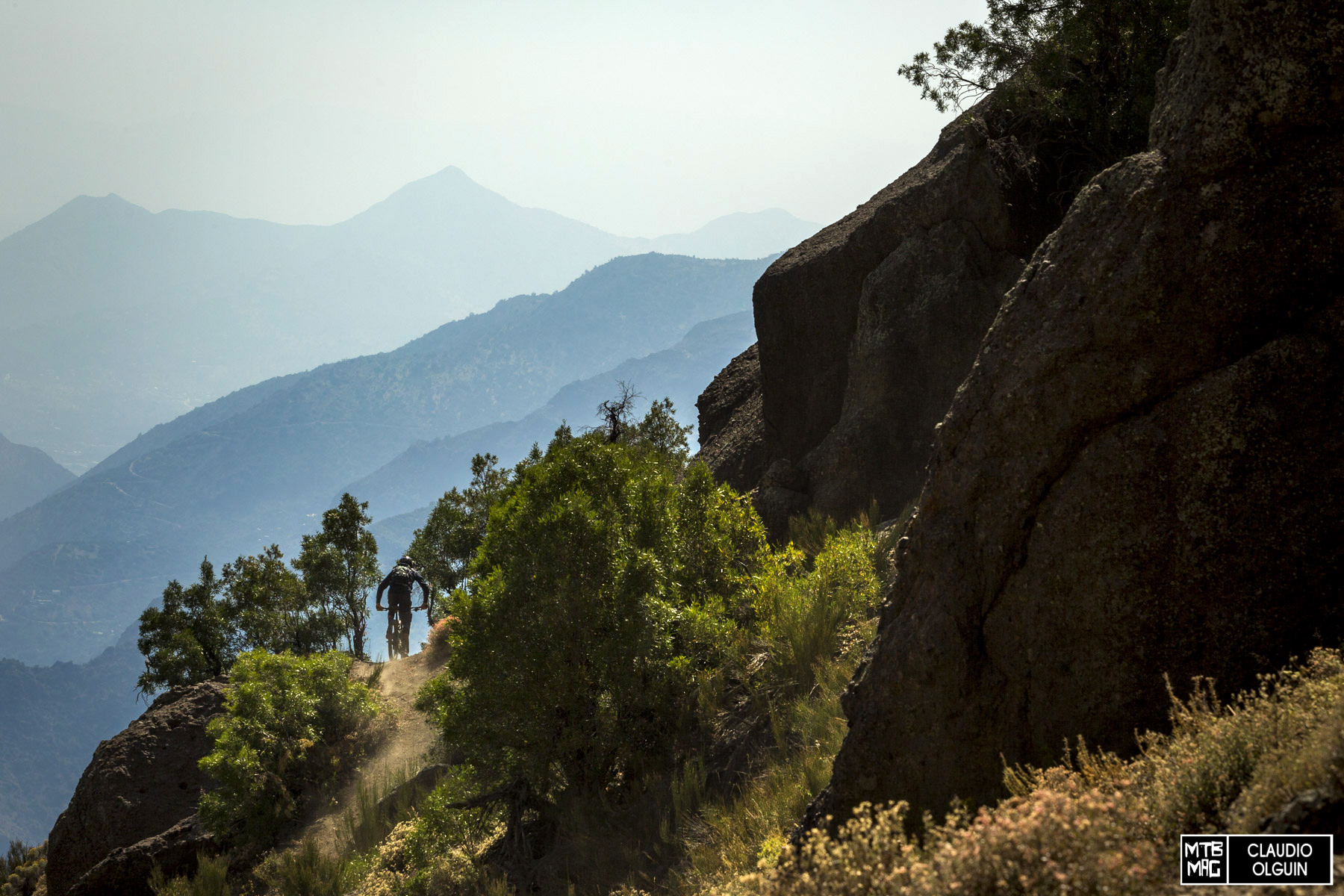 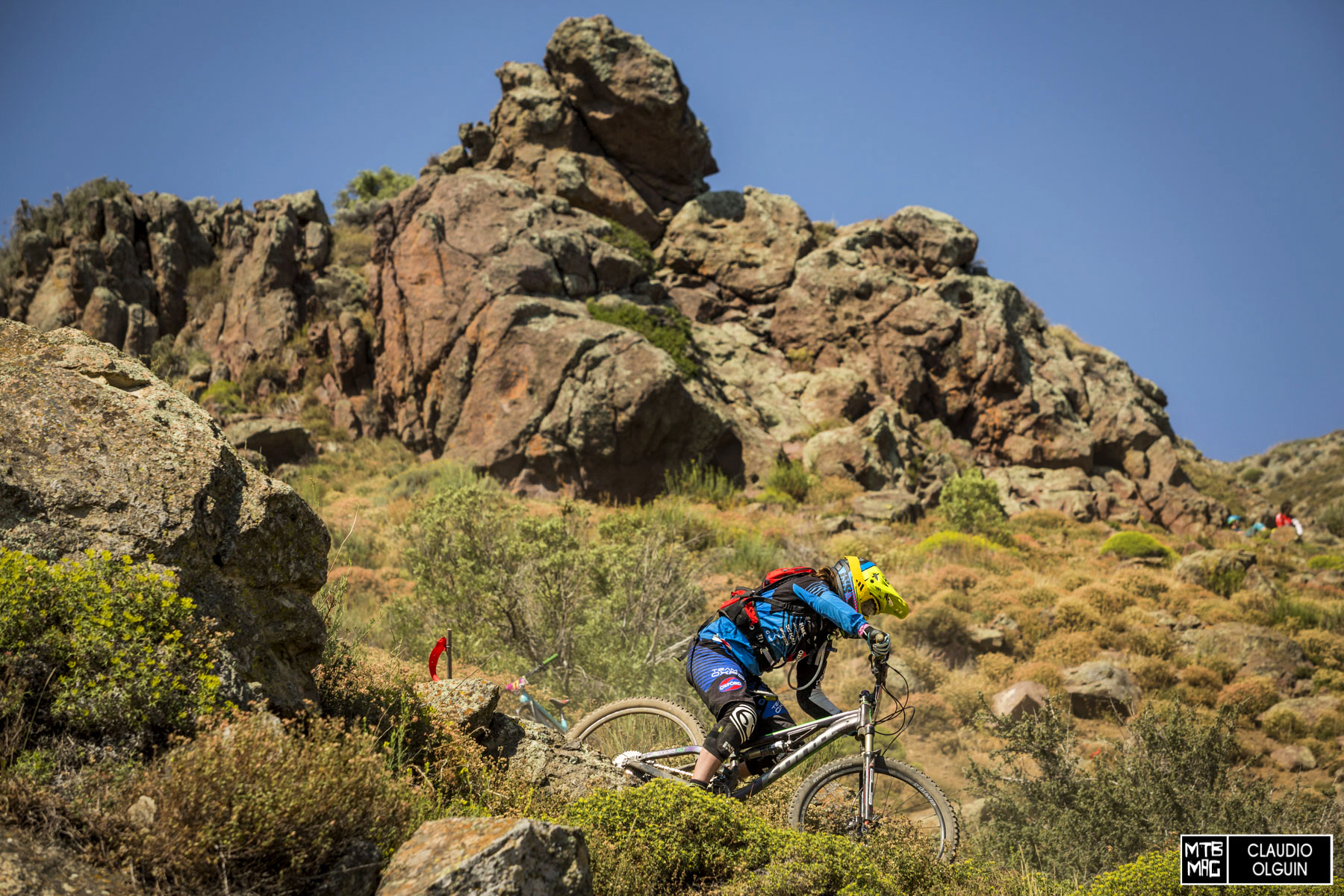 Florencia Espiñeiro, from Chile, won 2015, and today was the fastest Chilean.  Time will tell…