We’re all often guilty of complaining about how expensive mountain bikes are these day, and rightly so.  Many of the larger brands have flagship models that tantalize us with incredible technology and performance, but scare us off with near 6 figure pricing.  Fortunately a great deal of this technology trickles down and if you do some poking around on the internet, you’ll find that there are some really great, highly capable, mid priced bikes around…And they’re not all just from the consumer direct brands.  Plenty of the other big brands still do a great job with their bread and butter offerings. They just don’t always get the attention they deserve.

The bikes that we’ve chosen here all have a nice, proven foundations – in other words, they feature nice frames.  To elaborate, most have efficient kinematics that pedal well, brake well and handle small, medium and big hits pretty nicely.  Just about every one of these bikes feature internally routed cables and hoses for a nice, clean look. Additionally, we think that many of the product managers behind these bikes have done a great job with spec’ing sturdy wheels, nice suspension, brakes with big rotors, drivetrains with lots of range and decent dropper posts for the money. On some there will be some parts sprinkled in that you may not like such as seats, tires and handlebars; but those are very personal bits.  They’re also easily upgradable and shouldn’t break the bank too much if you choose to swap them out.

The Meta AM V4 became the V4.2 when it got a much needed update to its geometry, Boost spacing and Metric Shock sizing with a RockShox Super Deluxe RC3 providing 160mm of rear travel.  At $3999, this is quite possibly the only complete bike on the market with SRAM’s incredible 12 speed Eagle drivetrain for under $4k.  Rounding it out it has Mavic Rims, SRAM Guide RS Brakes and the flagship RockShox Lyrik RCT3 with 170mm of travel.  Excellent value from the French consumer direct brand. 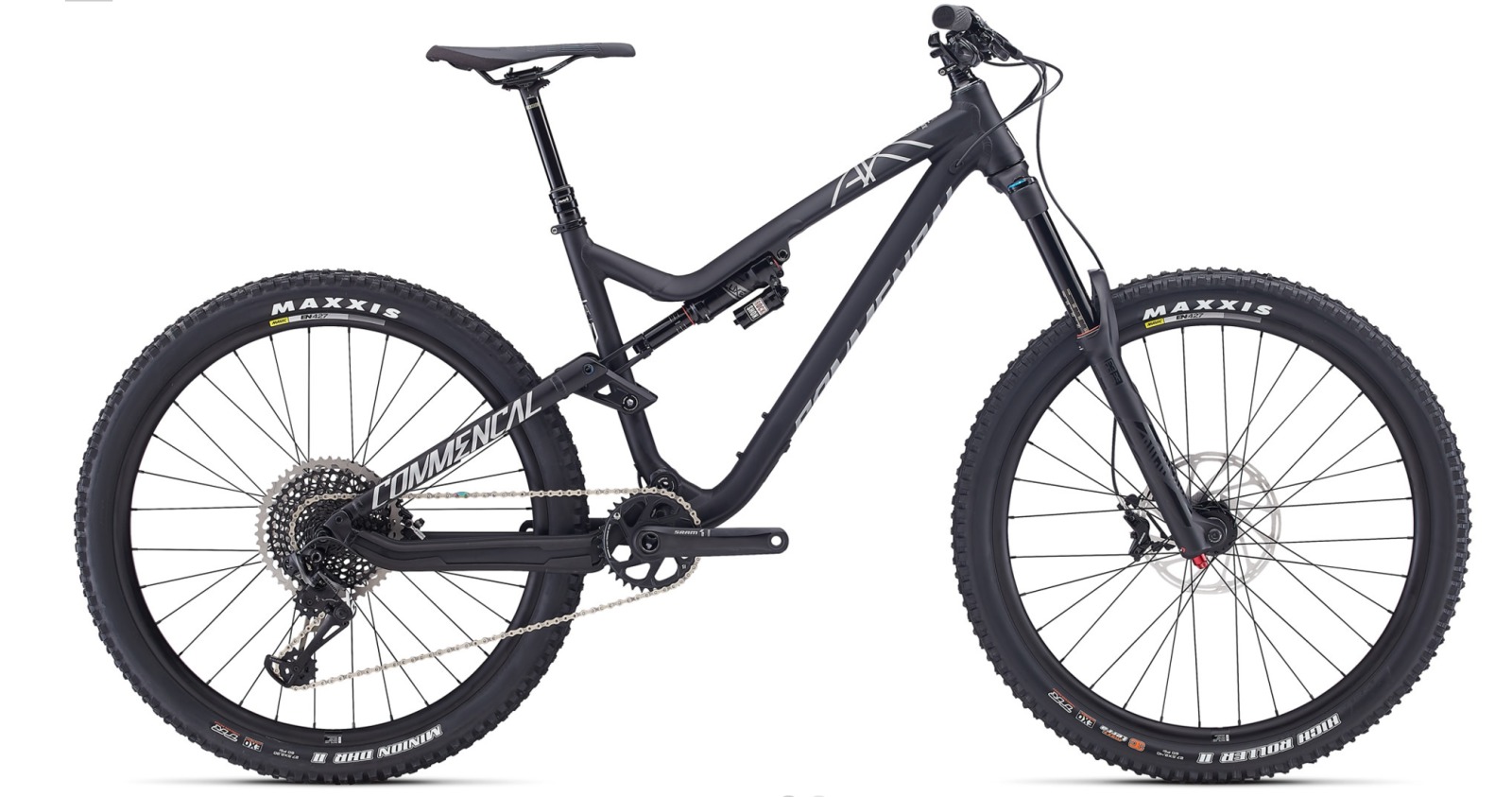 The Capra is a 165mm Enduro offering from the German consumer direct brand.  The bike has aggressive geometry, the frame is mainly carbon fiber and the suspension curve is very progressive, offering a lively feel.  It’s also got a hell of a spec for the money.  SRAM Guide RS brakes and the proven SRAM X1 drivetrain brings wide range 1X11 in at a reasonable price.   Up front the top end Lyrik RCT3 provides 170mm of travel.  No corners are cut with E.13 wheels/chainguide, Race Face cockpit and cranks.  It even has Sensus grips and Maxxis tires.  The only problem with YT is finding them in stock.  The bike is currently $3499(normally $4599) but only available in Small and Medium. 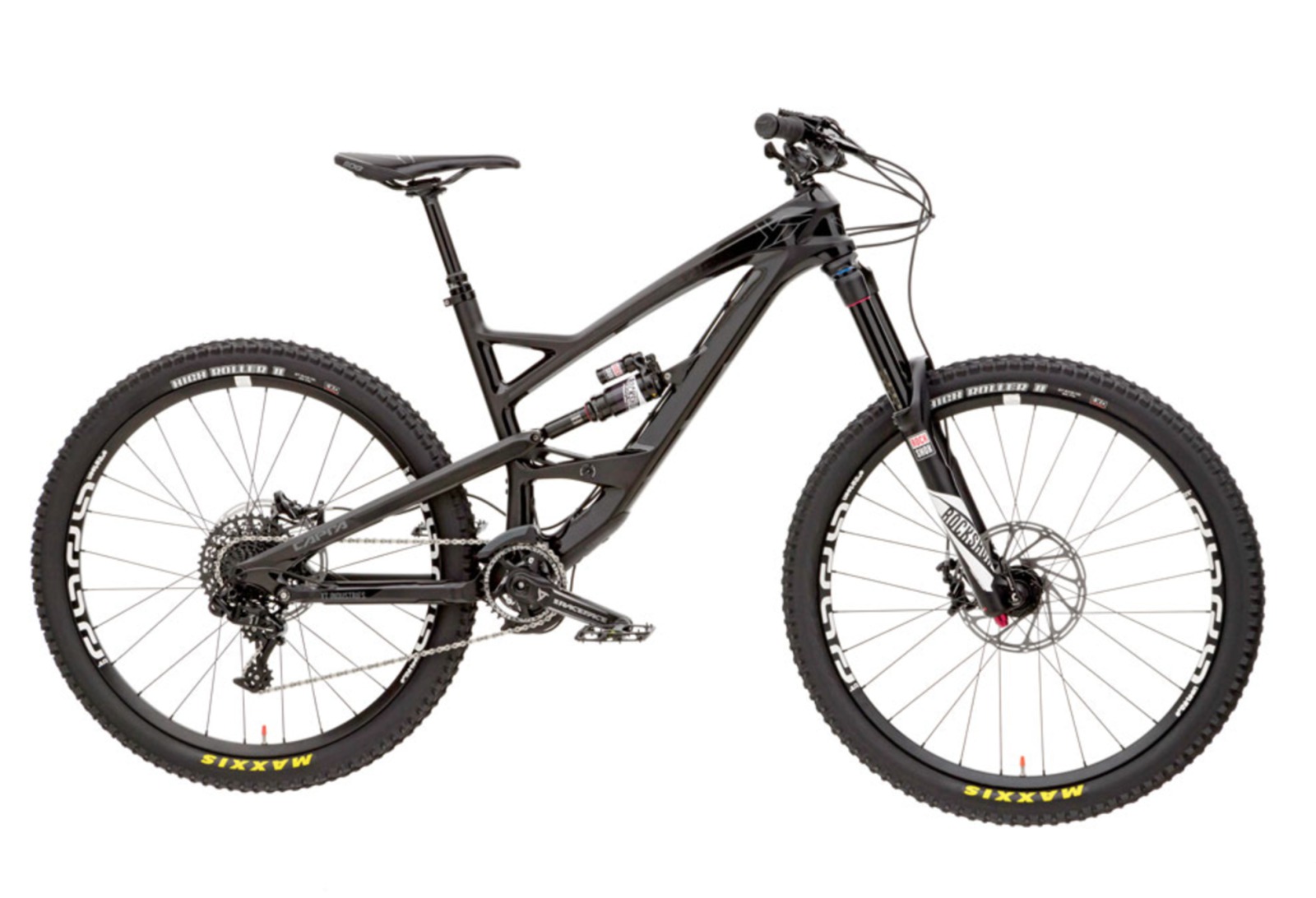 For 2017 the Remedy swapped its wagon wheels for medium 27.5″ wheels but it’s still just a damn good all around mountain bike.  We recently published a long term test on the full carbon flagship Remedy and we’re confident that the frame’s excellent design transfers over nicely to the aluminum version so its 150mm of travel will still feel like much more.  Out back, the Remedy 8 has Boost spacing and features a Metric sized RockShox Deluxe with Re:Aktiv technology.  SRAM’s GX drivetrain is a fantastic 1X11 performer offering plenty of range.  The KS LEV post gets the job done just fine and the RockShox Pike has become a go-to staple.  If you plan to get super rowdy we might recommend upgrading the brakes, but at $3299, this bike comes in at a substantially lower cost than most of the other bikes listed here so you should have some cash left over. 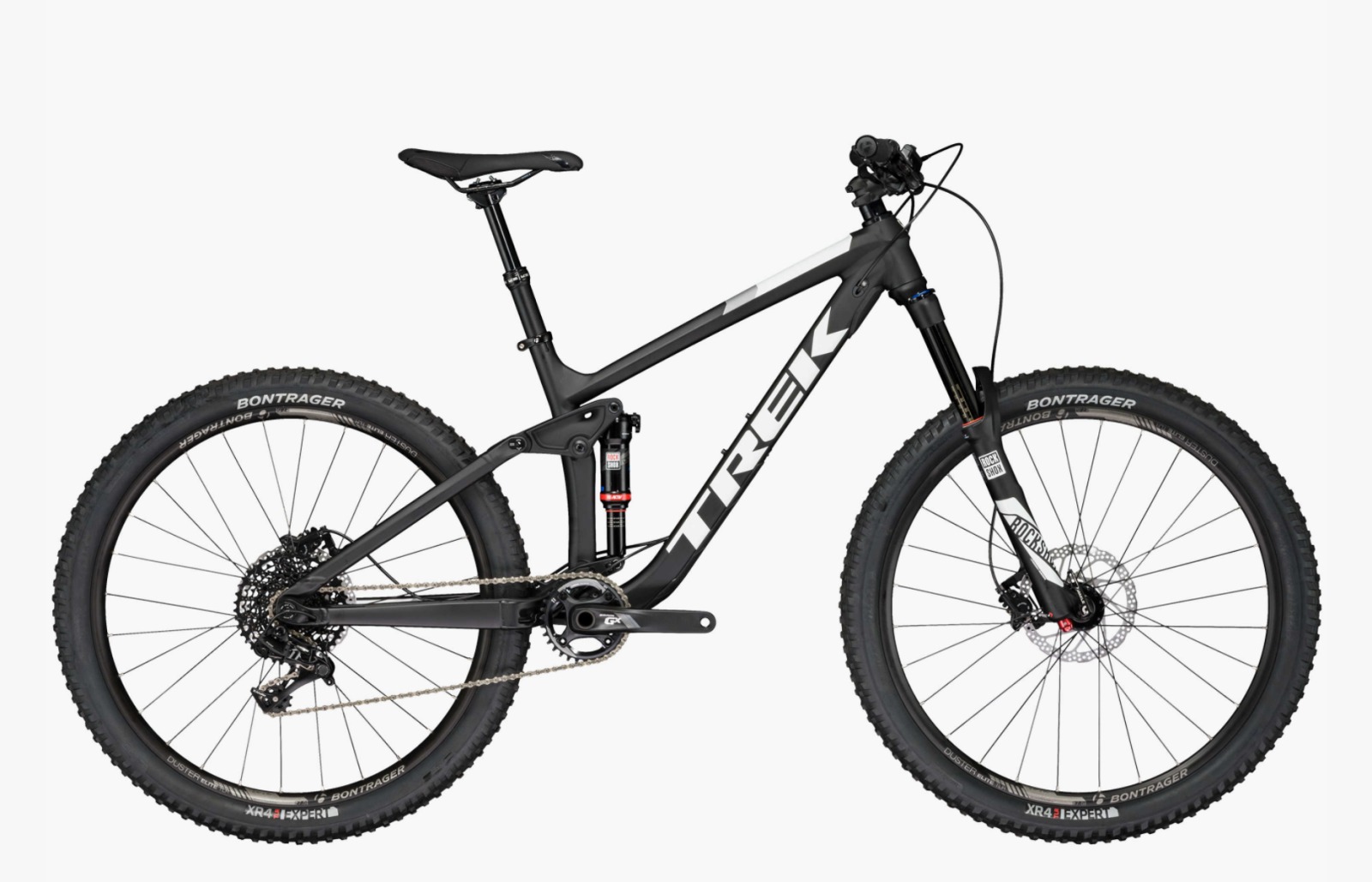 For 2017 the Enduro line got a huge facelift.  The carbon fiber models received SWAT storage and although the aluminum models did not, they still got an update to geometry, and construction as well as Boost spacing.  The Enduro Comp comes in at only $3200 and really doesn’t have much in terms of weak points.  Specialized’s in house tires, cockpit and seatpost are all pretty damn solid.  Their Roval wheels are quite nice as well.  The Enduro features 170mm of front and rear travel with a RockShox Monarch out back and a Yari RC up front.  SRAM Guide R brakes and the wide range SRAM GX 1X11 drivetrain handle braking and pedaling respectively.  We’re also quite fond of the bike’s clean two-tone graphics. 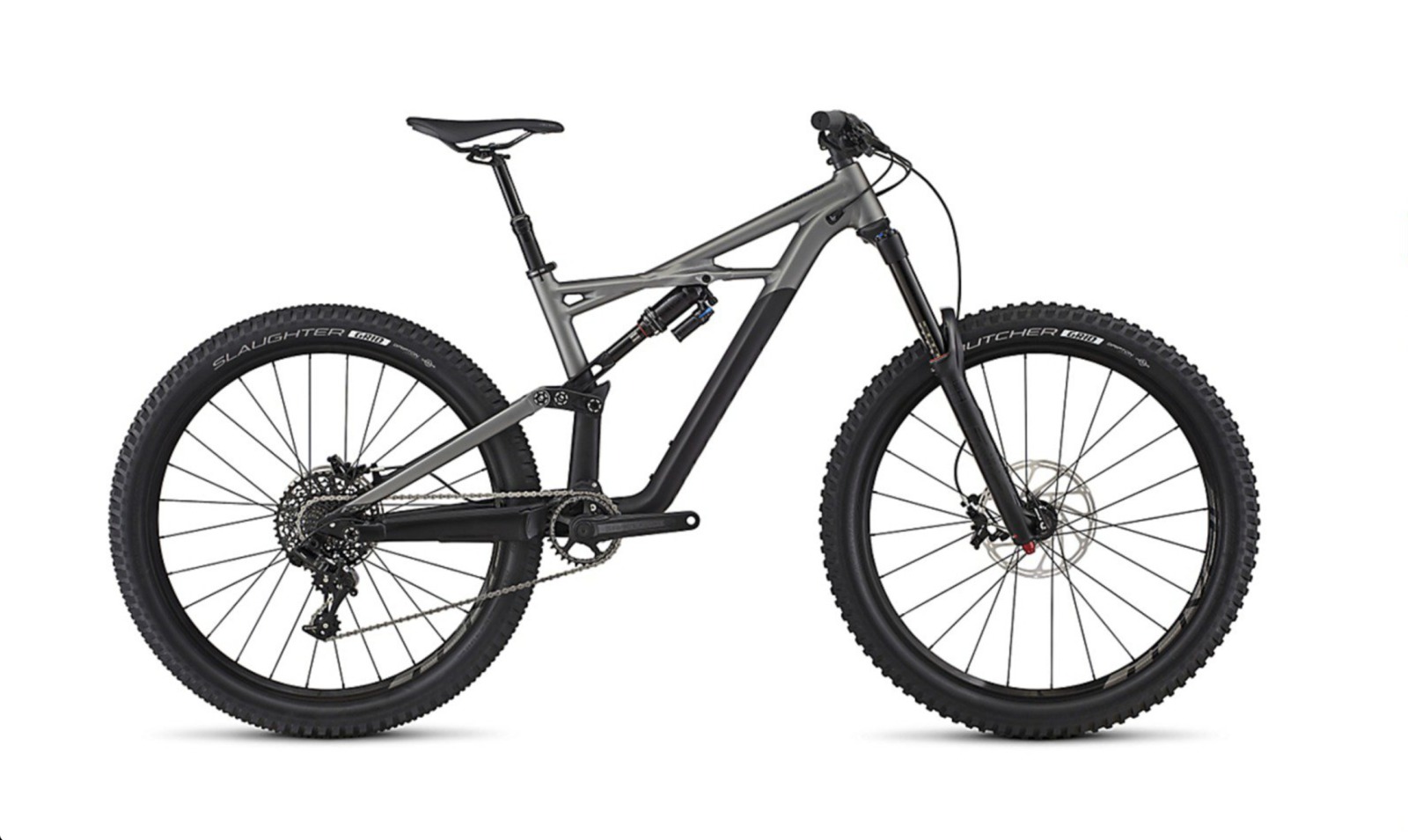 Transition’s Patrol has been receiving top marks for a little while now.  This year the proven frame receives a Metric sized RockShox Super Deluxe RC3 to handle the bikes finely tuned progressive suspension curve.  Bold, aggressive geometry and a solid four bar design keep this bike exciting but utilitarian.  At $4100, we’re breaking our own rules at being just a hair over $4K, but their “Complete Kit 3” has an insane spec for the money.  Easton wheels with Maxxis tires and a Race Face cockpit are nice bonuses. The SRAM Guide R brakes, KS LEV post and Lyrik RC3 and 11 speed wide range SRAM GX drivetrain are all great options.  We can’t find any shortcomings on this bike.  155mm rear travel/160mm front. 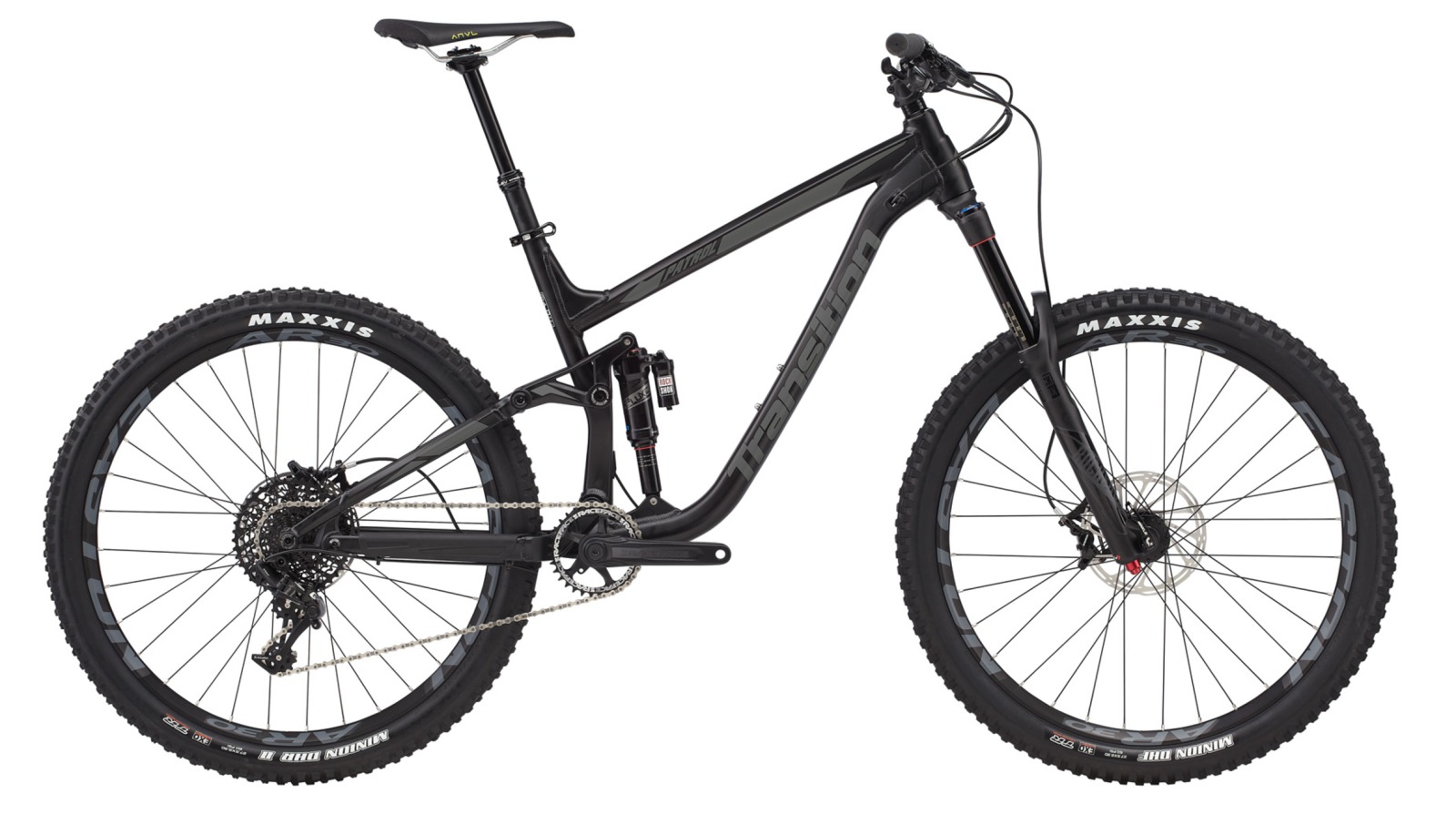 The Giant Reign Advanced made waves when it first launched; it was lauded as a bike that had the “perfect geometry for an Enduro bike.”  This year the massive Taiwanese brand followed up with an aluminum SX version that has a FOX DHX2 coil shock and a 170mm FOX 36 fork.  SRAM Guide brakes and a smart GX 1X11 wide range drivetrain are excellent spec for the money.  Giant’s in house dropper post gets the job done without a fuss, as do their wheels.  Schwalbe tires and an MRP chainguide are nice bonuses.  If you’re looking for a bike that can take a beating and tackle rough terrain for a darn good price($3650) this is certainly worth a gander. 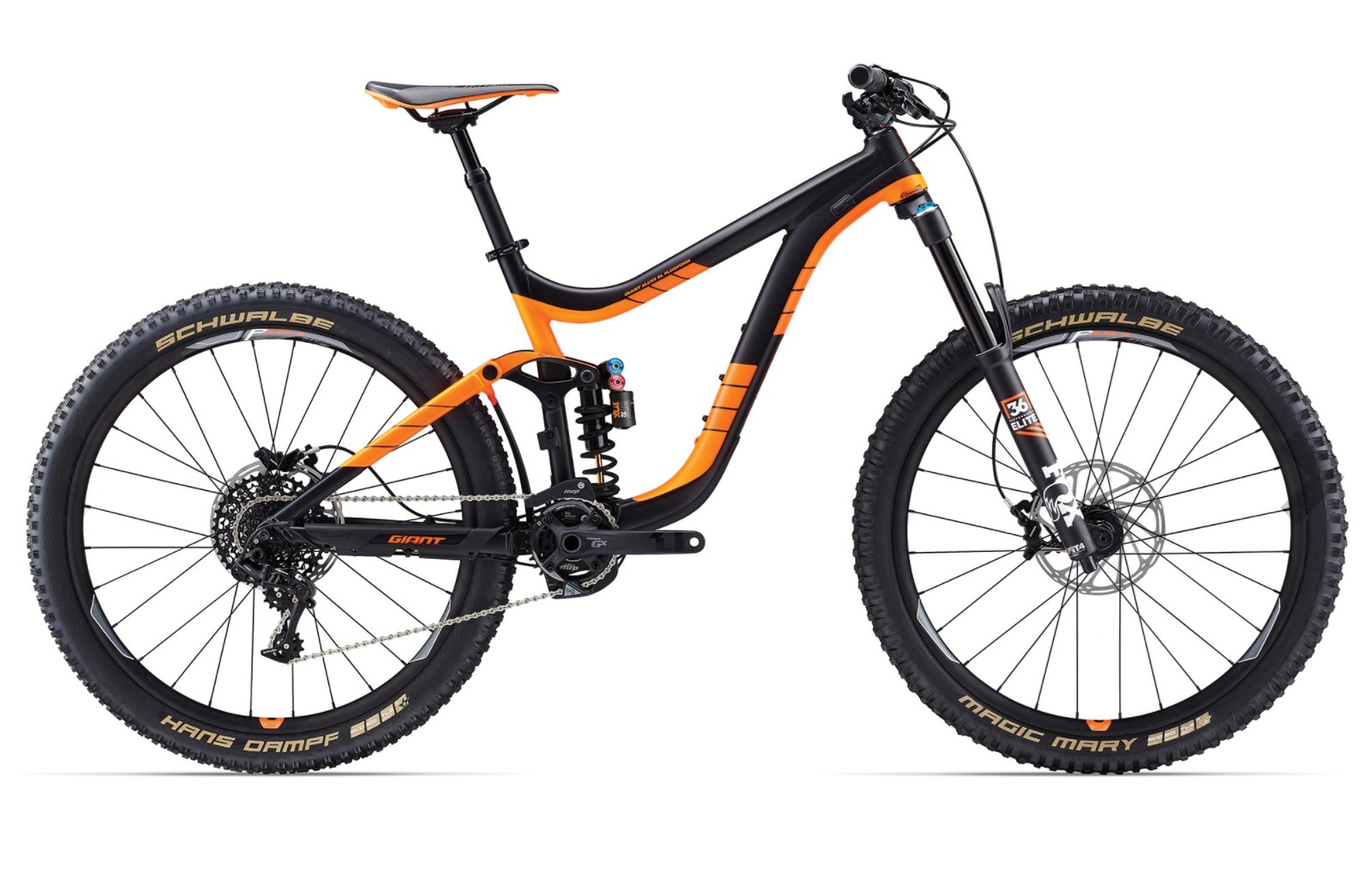 While Santa Cruz does offer the Nomad with a bit more travel, it’s silly not to take a look at the Bronson as it still is quite capable and shares fairly aggressive geometry and VPP suspension.  It’s also available in aluminum which helps get the price down.  For $3899 it is offered with a Pike RC, Guide R brakes and a 1X11 SRAM GX drivetrain.  Think of the bike as a slightly snappier, more sprightly version of the Nomad. Race Face bits, Maxxis tires on Easton Wheels and a Reverb dropper post round out the package nicely. 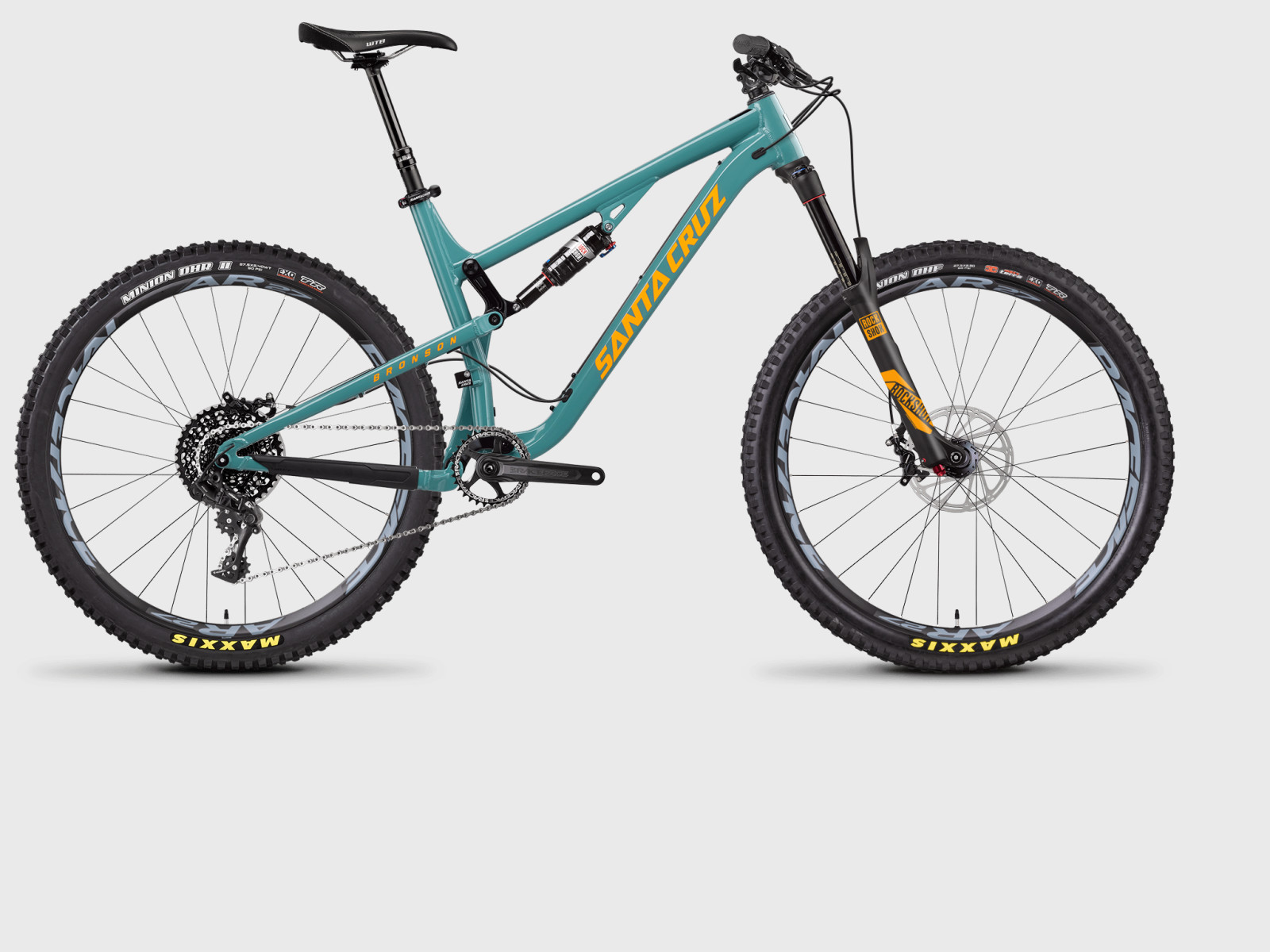