[ad3]Can you imagine a downhill race where the record of the track is about 20 minutes long?  For the second consecutive year, the Super Downhill just took place.  It is a downhill race that has a distance of 14 km and begins at 3500 meters above sea level, and ends at 1350 meters. 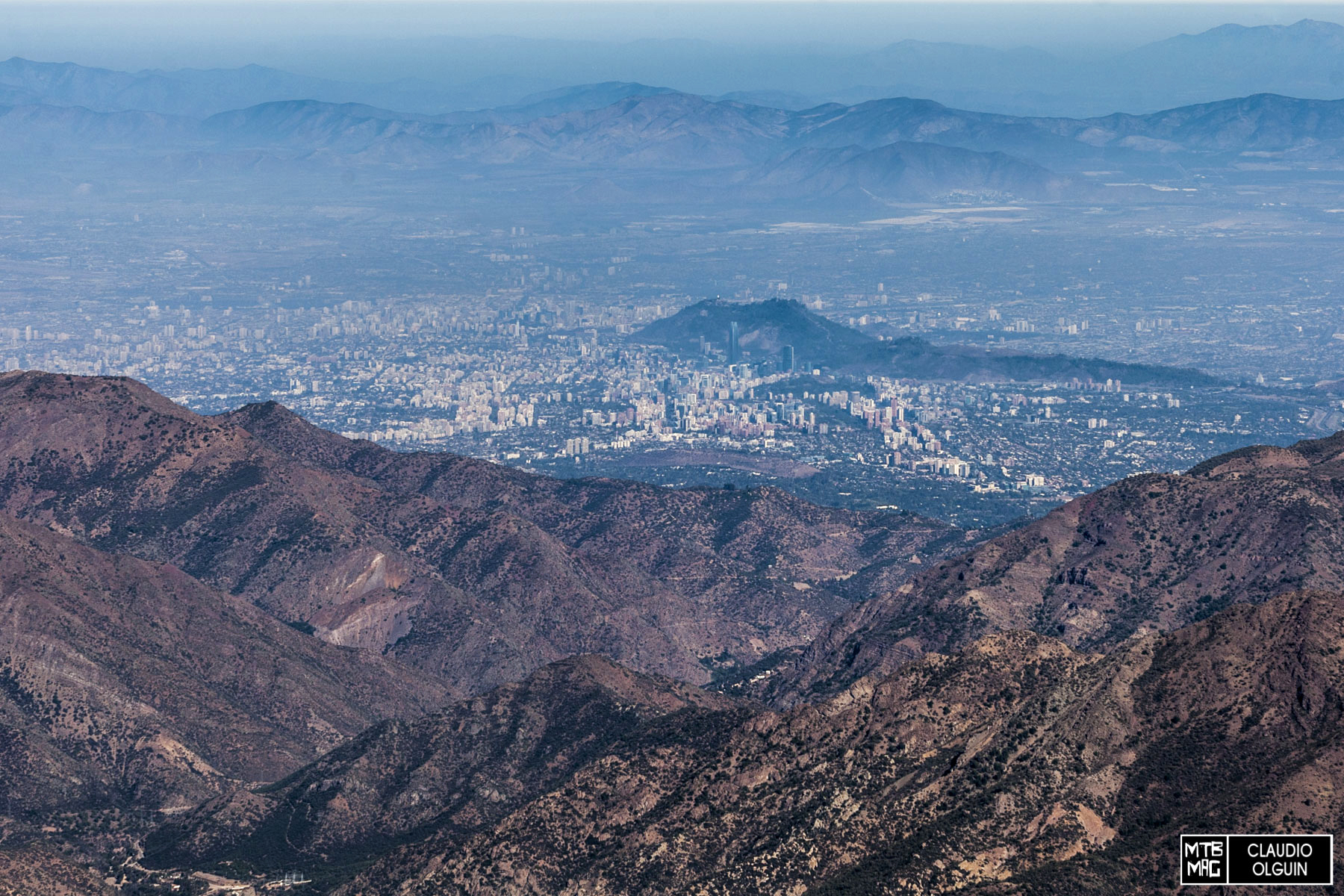 From the highest part of the track, you can see Santiago in the distance. 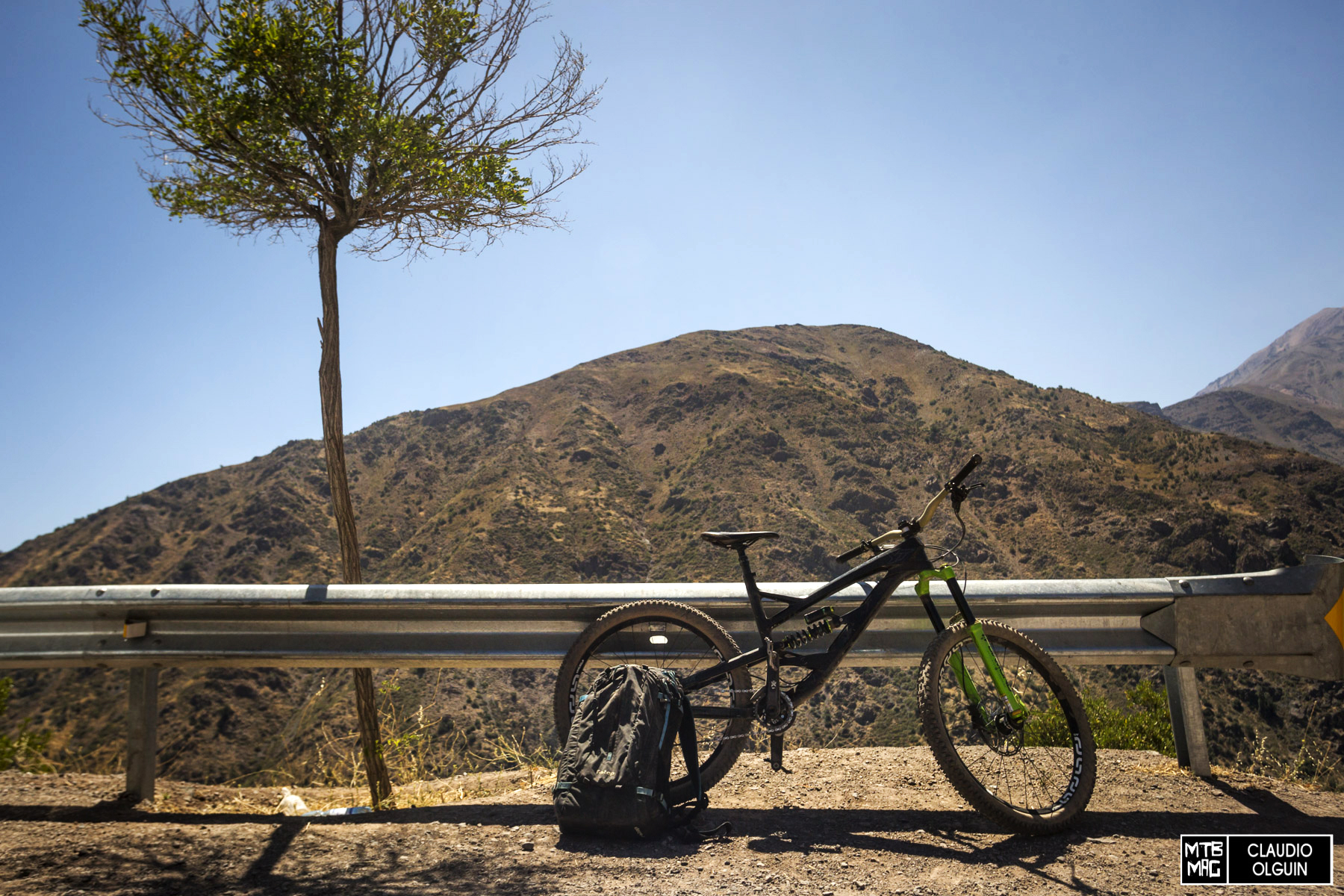 For the first time shooting, I had to ride my bike down a proper downhill track.  Most races are covered on foot.  This course is just far too long for that. 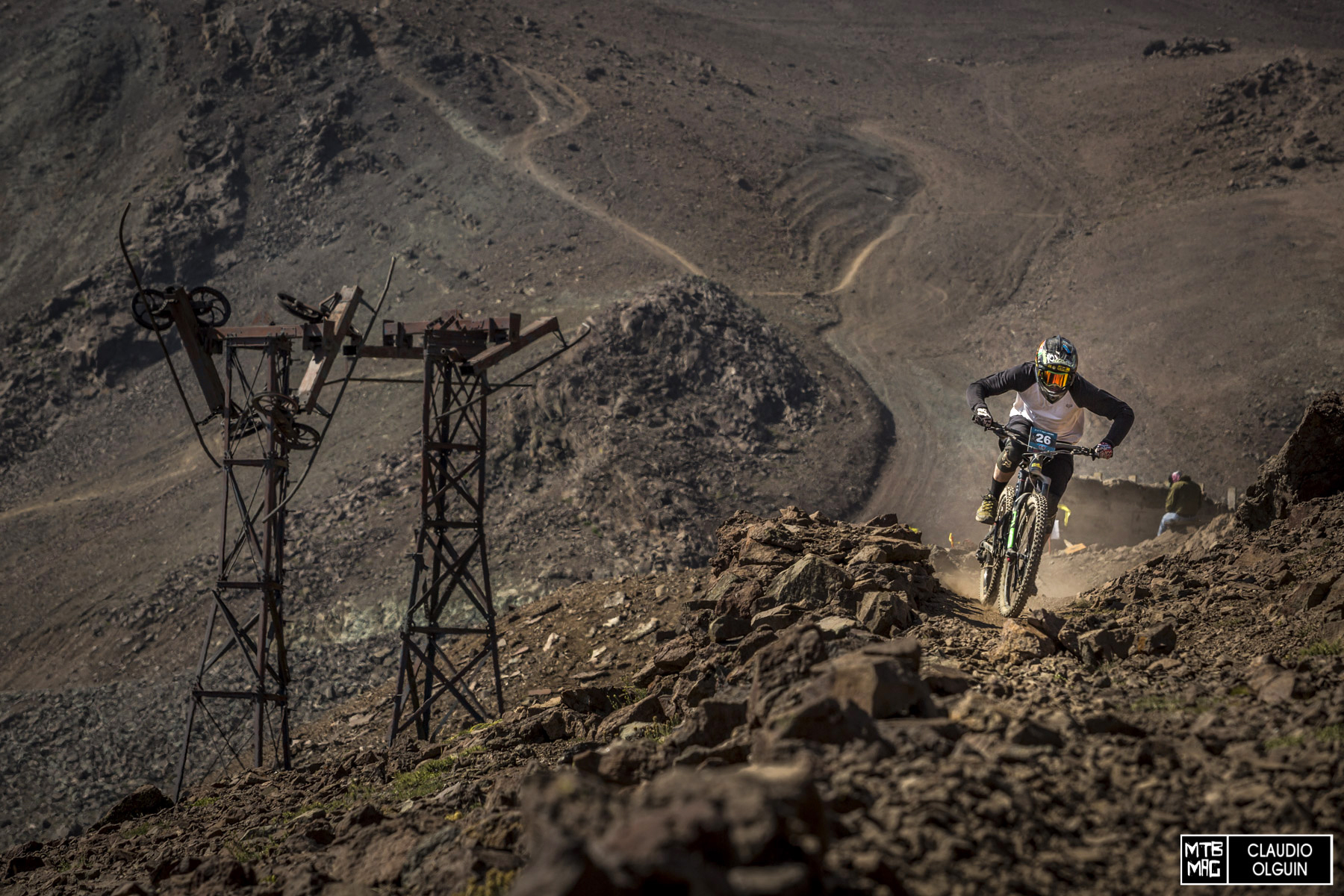 The race began in the La Parva bike park, where berms and jumps connected in minutes with endless descents accompanied by loose and dusty stones. Pictured here is Andres Amaral. 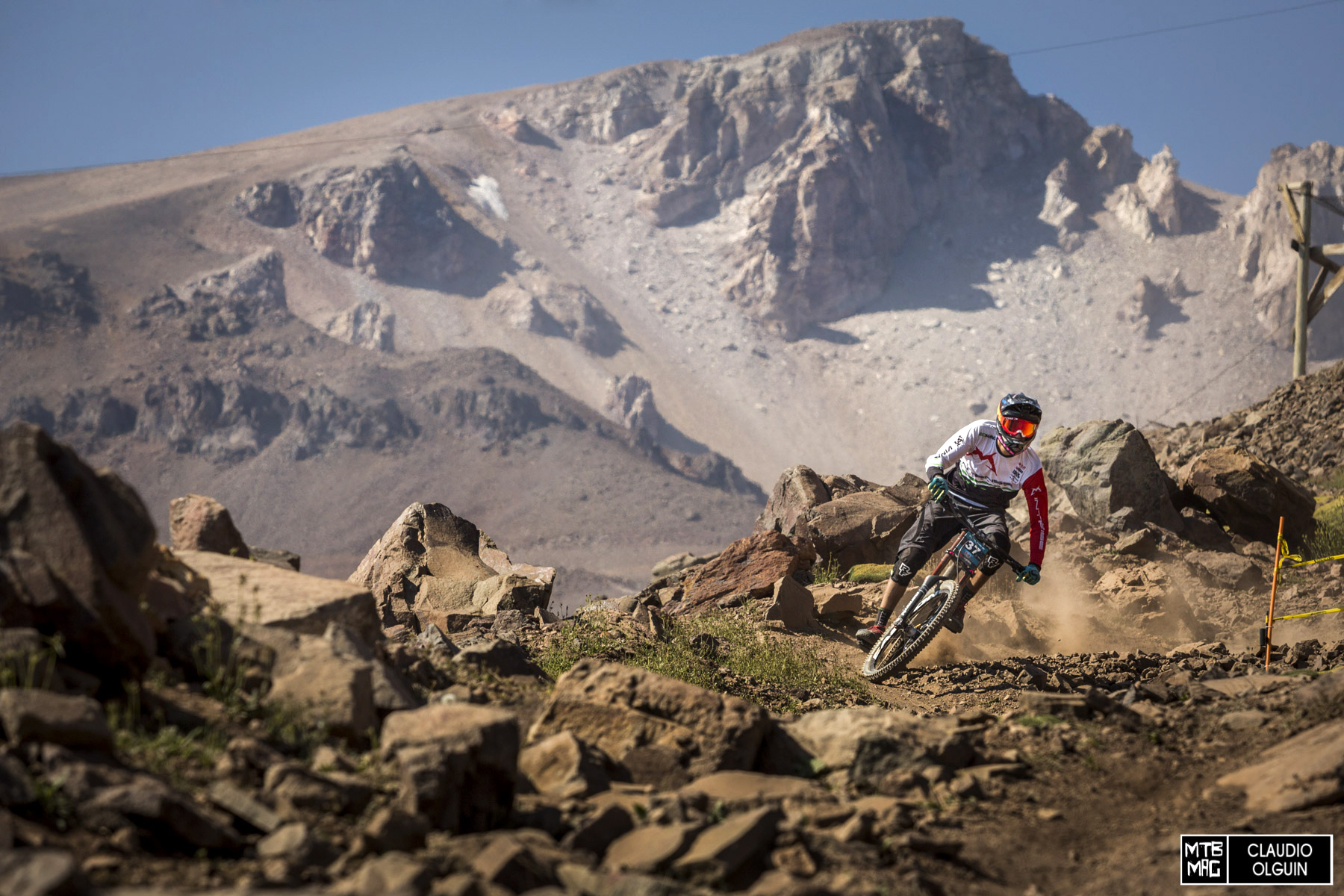 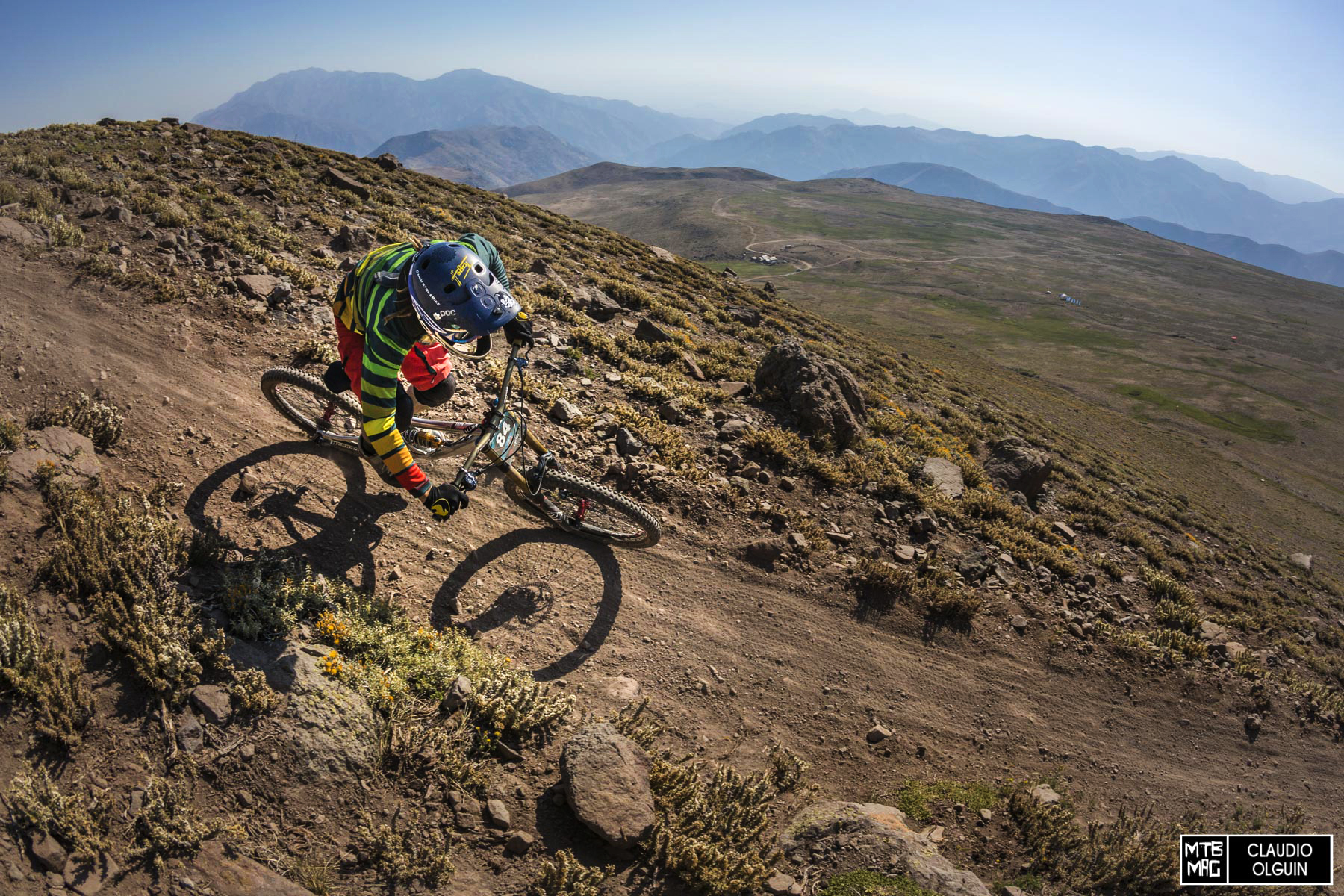 Dennis Tondin leaving the bike park La Parva to connect with the so-called “Parvazo”. The end result for Dennis was tenth place in the category Elite, clocking a speed of 70.86 km in the fastest part of the track. 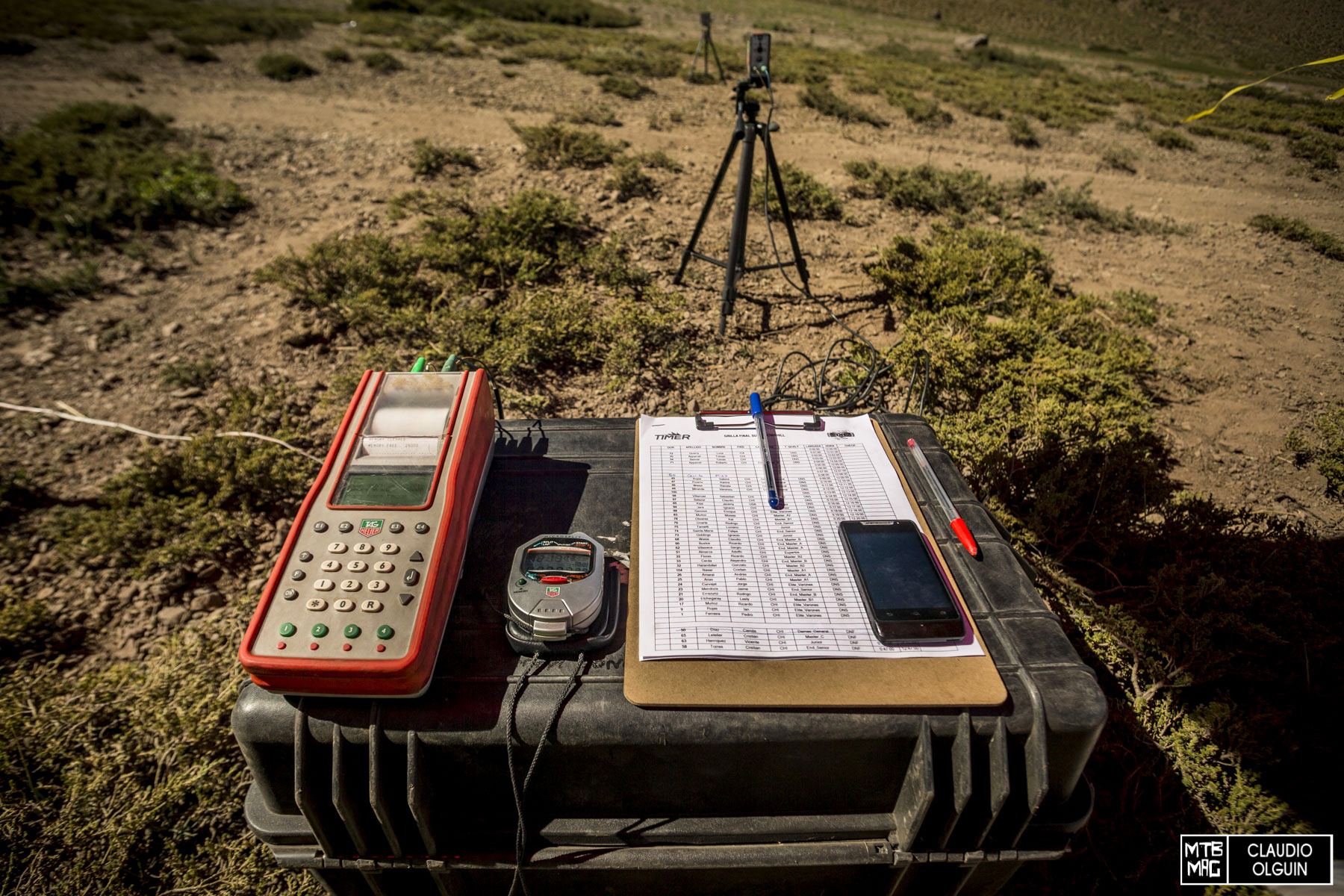 To encourage letting off of the brakes a little more than usual, a prize for the  fastest speed was granted. The record in qualifying was Miltiades Jaque with 68km, while Miguel Vergara Blight beat everyone with 78.260 km. 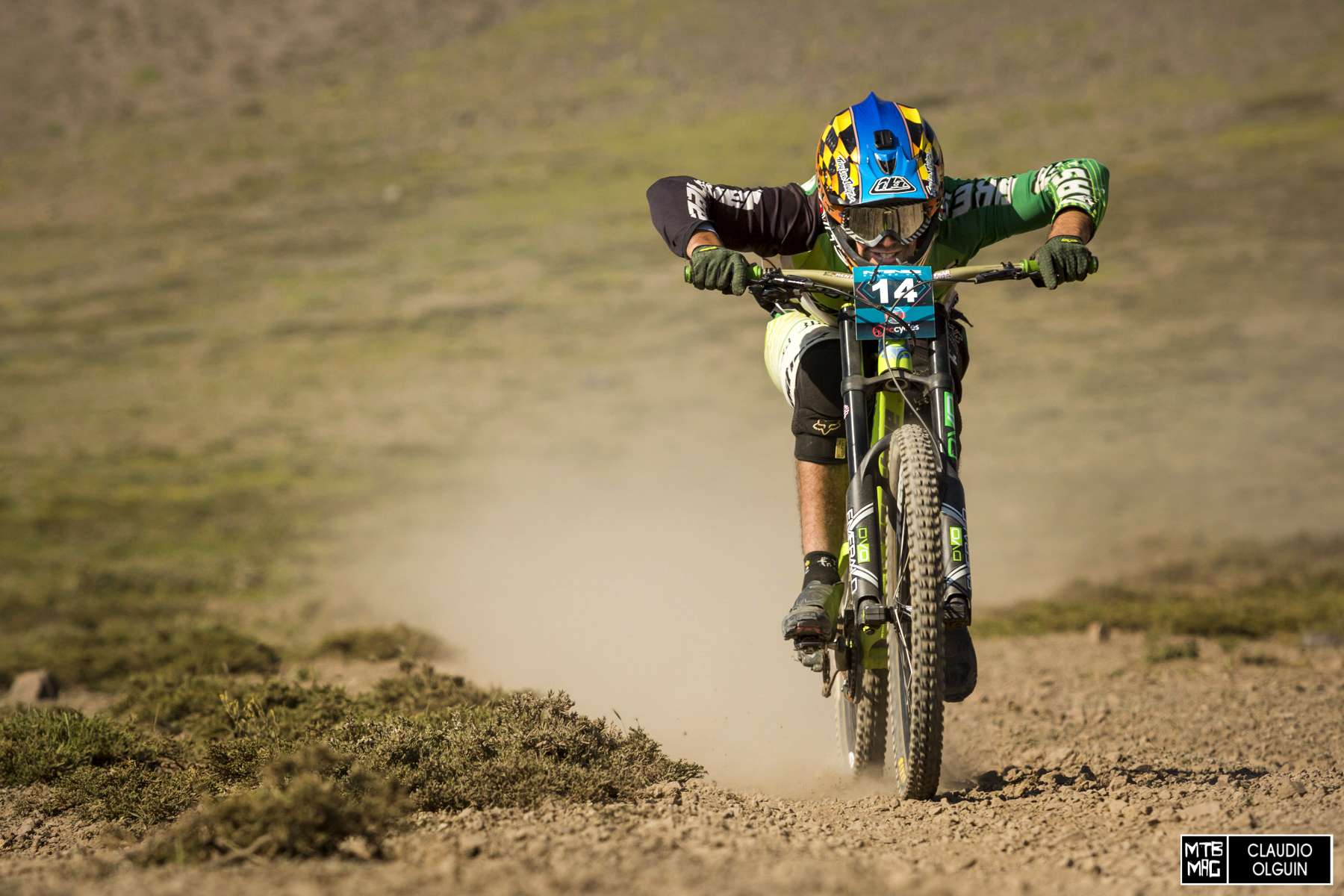 Andreas Kukulis right after the speed trap.  Unfortunately he skewered his rear wheel on the final descent. 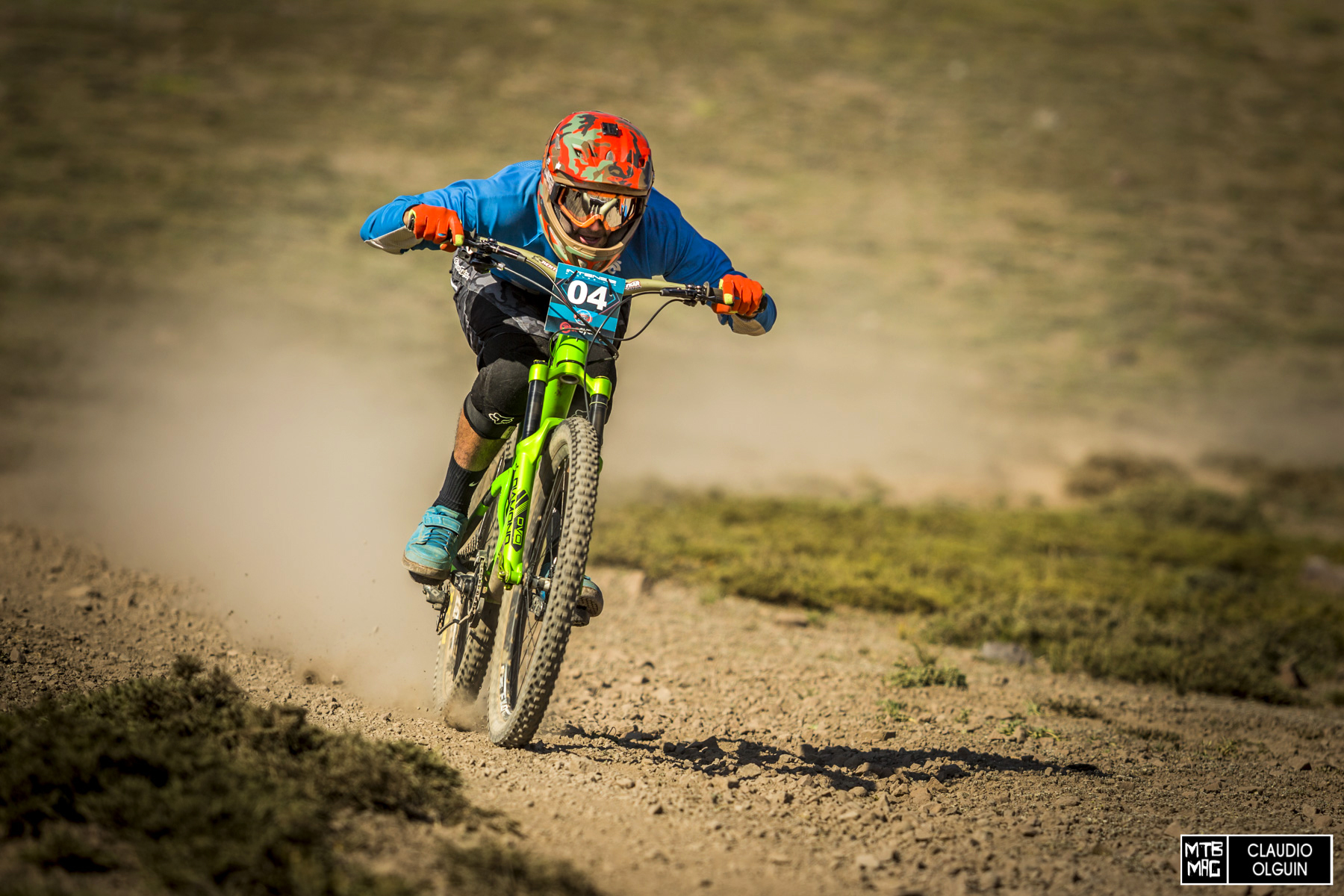 For Miltiades Jaque it is not a problem running an Enduro bike on downhill race courses. He earned fifth place overall. 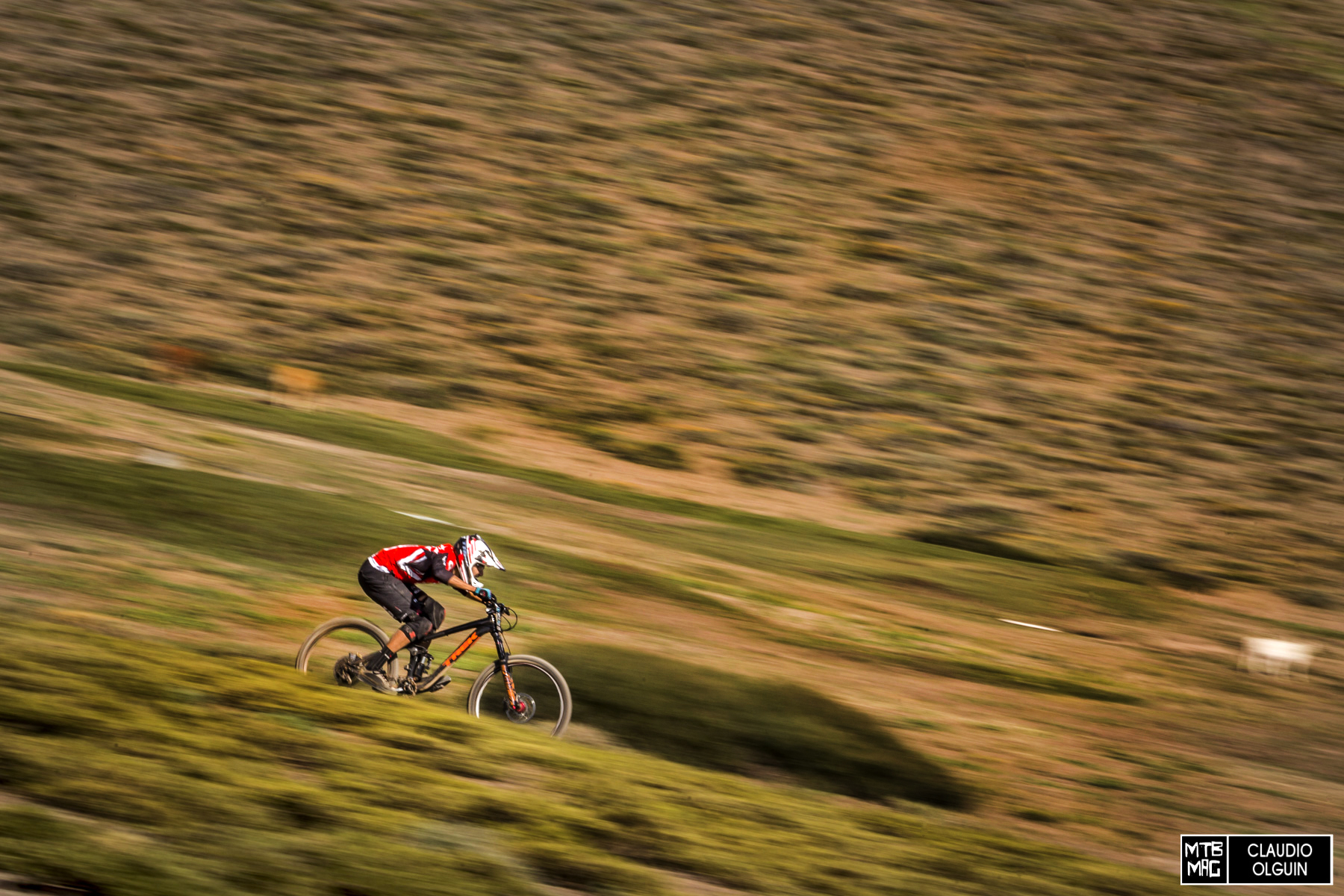 Rodrigo Ramirez cutting through the wind. Sabine Rojas passing by some of the locals. 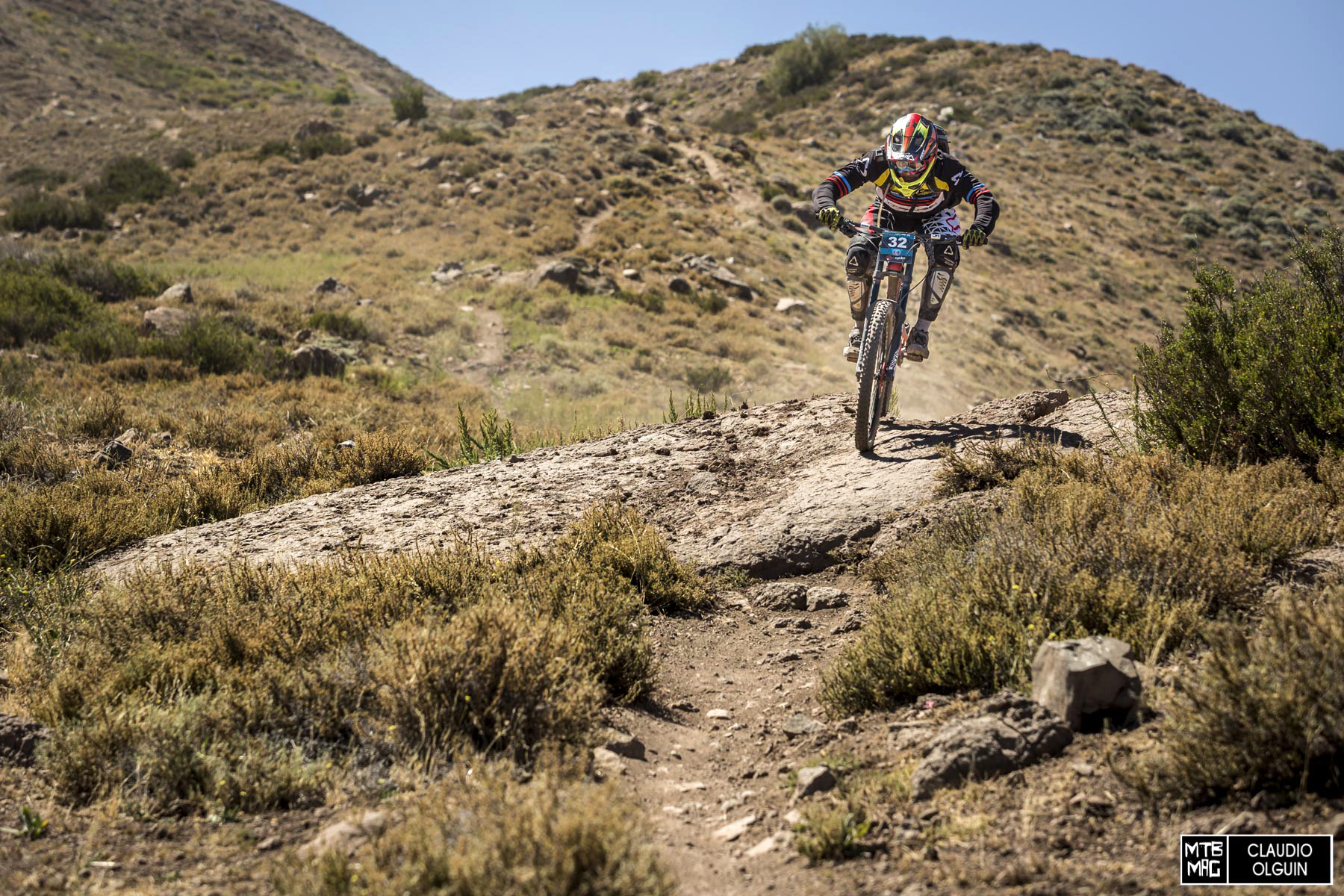 The mythical “Parvazo” section is home to many large rocks, loose turns and high speeds. Jorge Carvajal on the downhill racing scene after a couple of years out of it.  Heavy pedaling in the middle of the circuit. 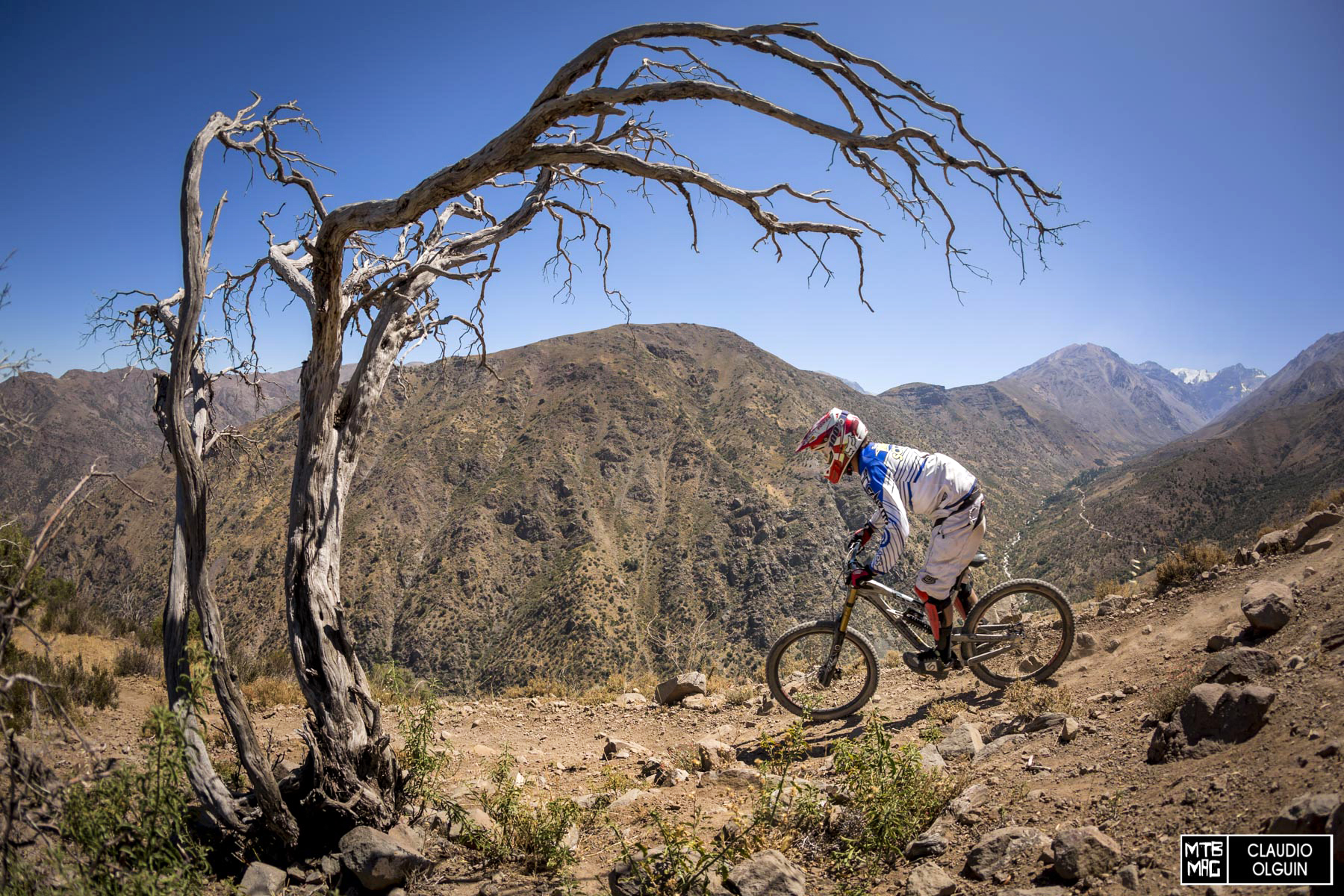 Franco Rossa and glaciers way off in the distance. 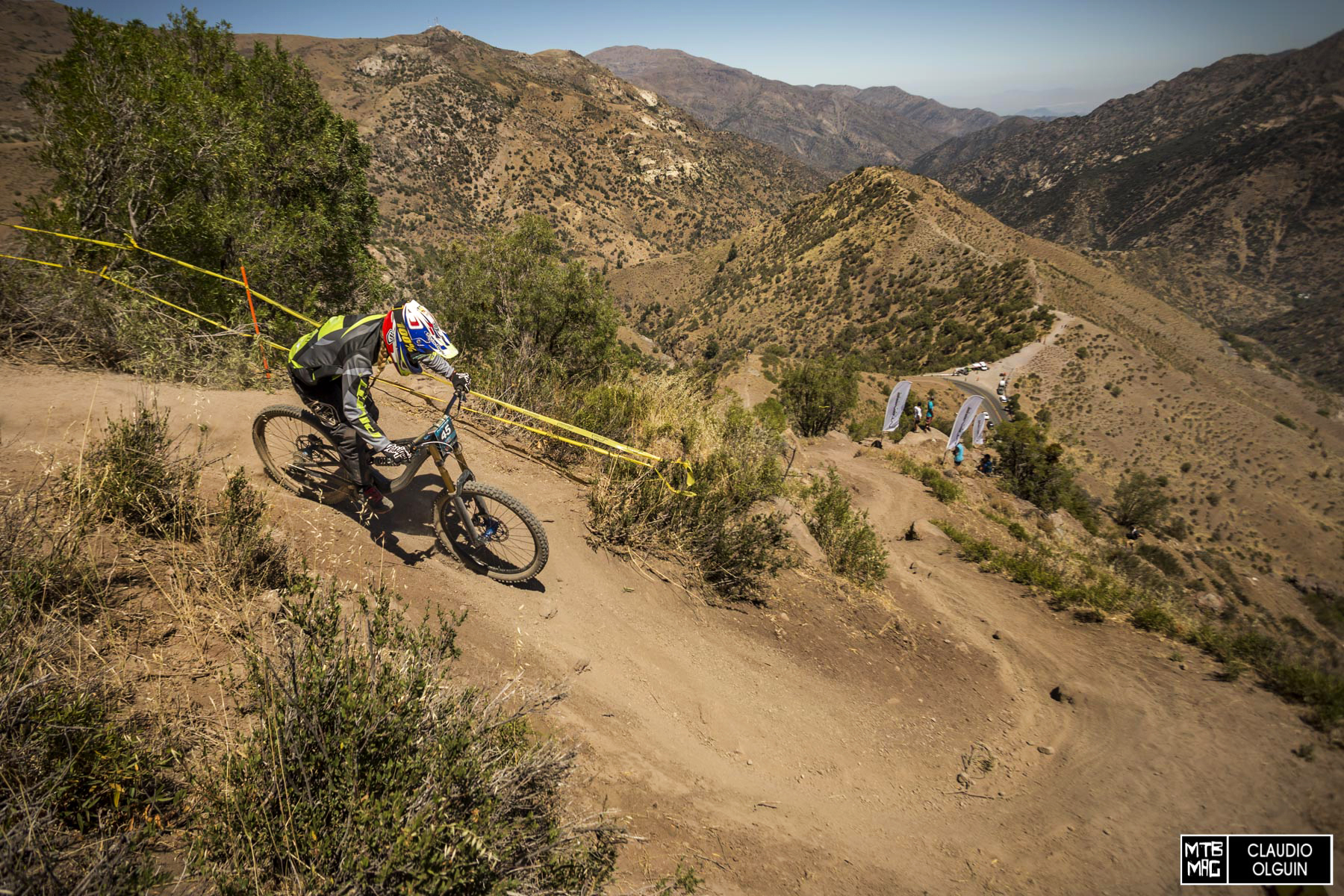 Andrea Farias holding down first place for the Ladies. Claus Plaut entering the steepest section of the track. The rock garden of the turn 16 from another point of view. In the picture you can see Rogelio Cano who was fifth in the Elite men’s category. 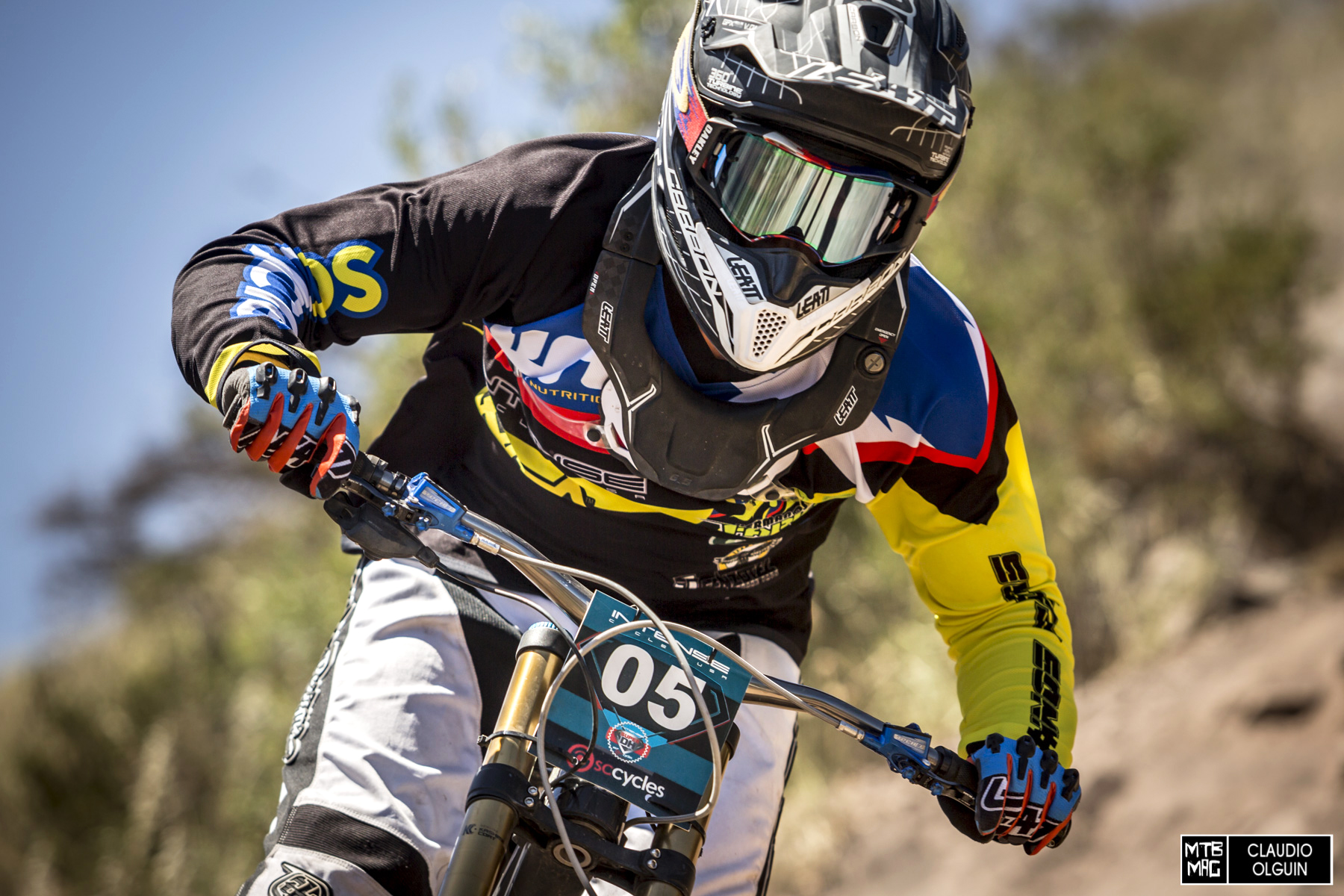 Rodrigo Farias took almost a minute off of his time from Qualies. Gustavo Ortiz has long been one of the fastest Chileans, this time he placed second. Mauricio Acuna was the undisputed winner in this second edition super Downhill. Neither the heat nor the abrupt change in altitude affected his outcome. Personally this was the toughest race in which I have worked, sometimes my arms didn’t respond as they should, due to the weight of my backpack loaded with lenses and cameras.  Especially with descents full of loose stones hoping I’d make a mistake.  – Claudio