For this stage, the organizer claimed that it will be similar to a rest day. The stage started and ended in Leukerbad, and our race course was 44km long with an elevation gain of 1.600m, and more than 3000m downhill.

Just some quick explanation about the BMC bike which I am racing here at Swiss Epic Flow: it was given to me by a friend after my original race bike was stolen (Specialized Stumpjumper FSR Evo 29 – let me know if you see in on any web marketplace!) during my stay at the Val di Sole Worldcup Finals.
And this is also the reason why I am – by exception – not on a fully equipped SRAM – RockShox bike.  The Stumpy was equipped with a RockShox Pike 29 RCT3 140mm travel, RockShox Monarch Plus DebonAir, SRAM Guide RSC brakes with 180mm rotors and Sram XX1 drivetrain and Sram Rise 60 carbon race wheels. I am missing the Pike fork for its plushness but also the ability to have a proper working lock-out in the steep and long climbs. 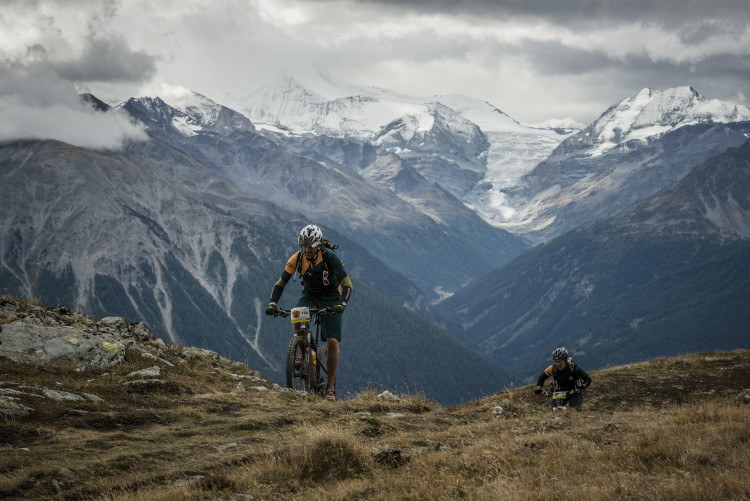 The post title gives you already an indication – it didn’t went well and no, we are not on the podium today!

Heavy winds delayed the gondola in the morning and the race start was therefore also a bit delayed.
We finally started individually according to the overall rankings in the Flow category at 2.350m altitude around 9:30AM.
We followed the Torrent singletrack and quickly cought up with the leading Flow mixed team met again some teams of the Epic category, that joined our trail after a long uphill. 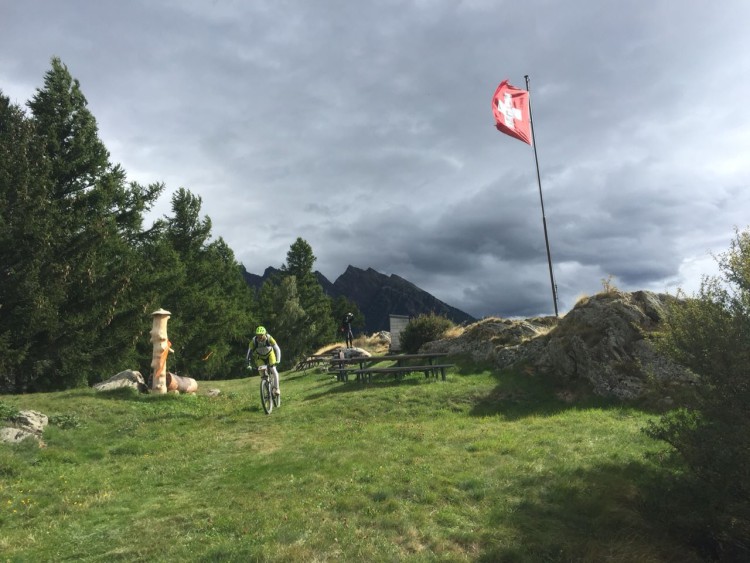 Then the disaster started and while I was following Andrea over a ridge, I oversaw a big rock shaped like a blade – two ugly PLING sounds and my rear tire was blown!
OK, the fix took two CO2 cartridges and countless mini-pump strokes but then we were heading down the hill again.
In the following steep uphill, Andrea had some issues with his stomach. We needed to take off some power and conserve some energy. 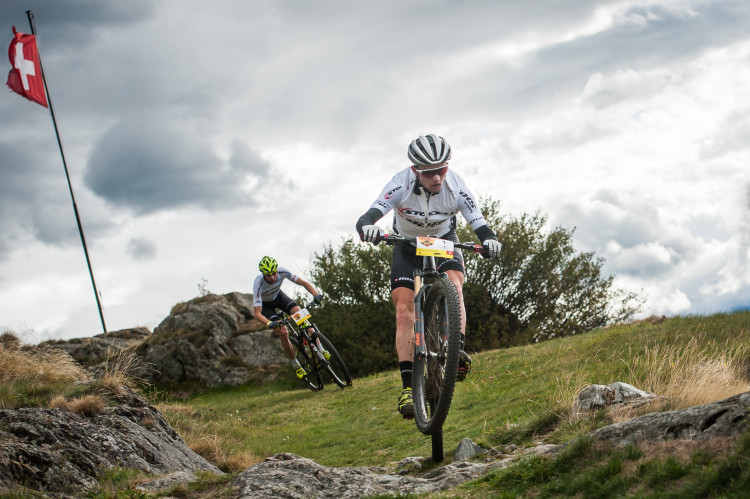 Then we were heading down into direction Rhône valley. The second long climb went much better for Andrea, and slowly but steadily we came closer to team AMB Mag.
At the top of the second uphill we managed to group together with the two guys and hammered down fantastic trails.
About 10 minutes from the finish at the bottom of the valley, the rear tire inner tube deflated. Team AMB Mag borrowed us one tube and we lost endless more minutes to them and overall.

In the end, we still managed to finish fourth today, and are still ranked third overall. 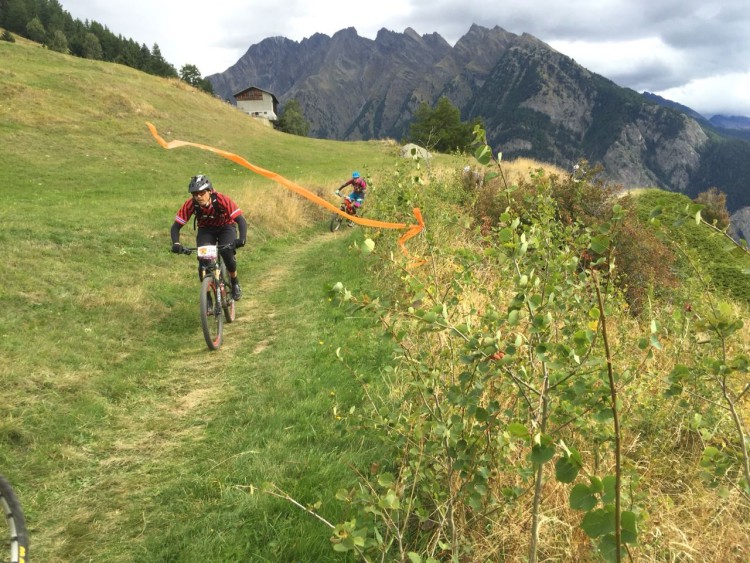 Team WOMB with Sönke Wegner and Daniel Eiermann had even more bad luck today: they missed one turn where the Epic and the Flow race went into two different directions. They followed the Epic race course. They got a penalty and  are now second in the overall ranking, while we are fourth.

The happy winner today is team Moustache. They also take over the overall first place, and had a decent and fast race today.
We are filing now on our race strategy and you can expect some more hot race action in the next days!