We’ve been riding the $2,999 MSRP (currently on sale through Canyon US for $2,799) Canyon Sender AL 6.0 since June. While aboard the bike, we’ve spent 2 weeks coaching mountain bike camps at Highland Bike Park, as well as sampled the infamous trails of Whistler. It’d be fair to say that the bike has received a ton a ride time, so let’s dive in on how it performed. 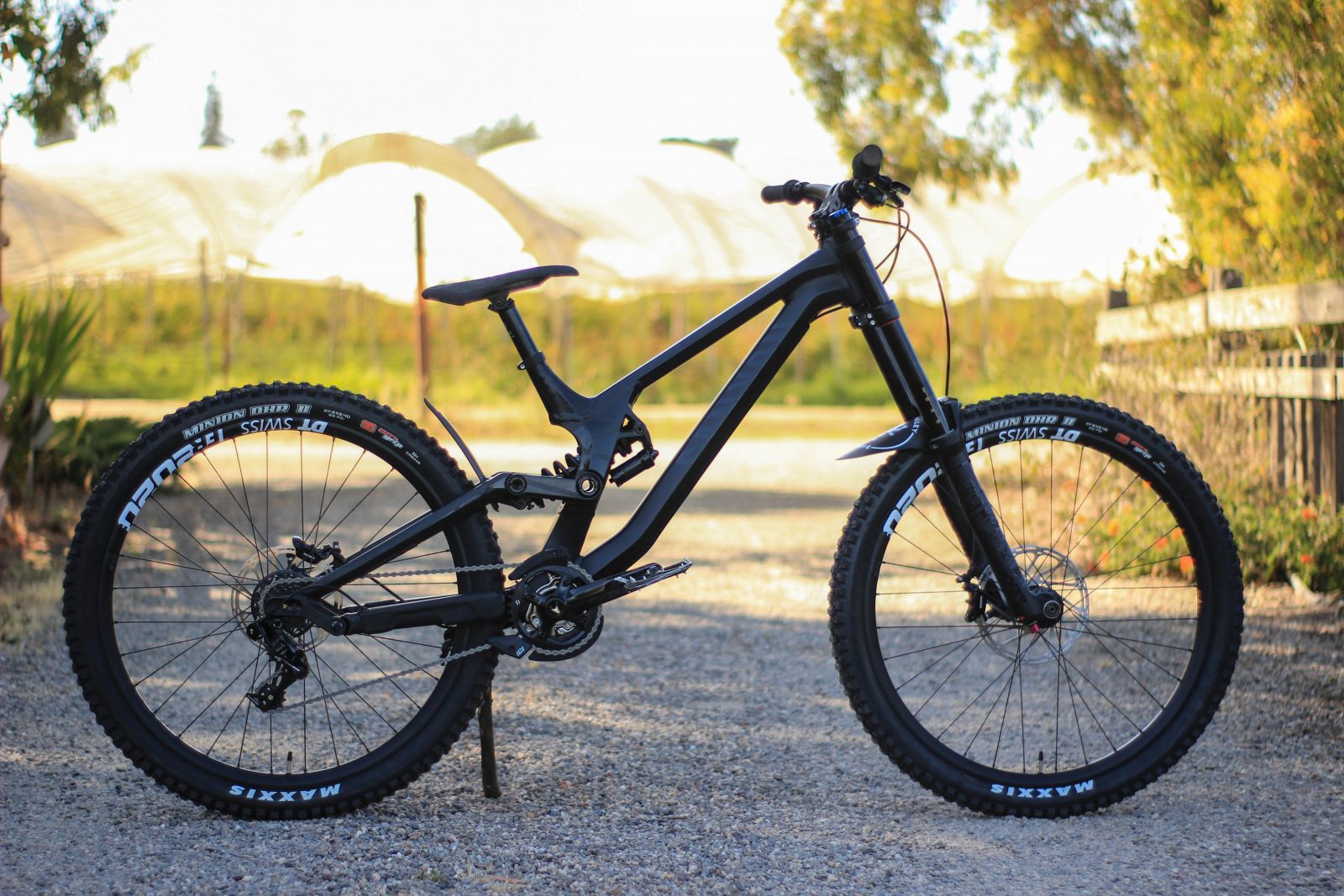 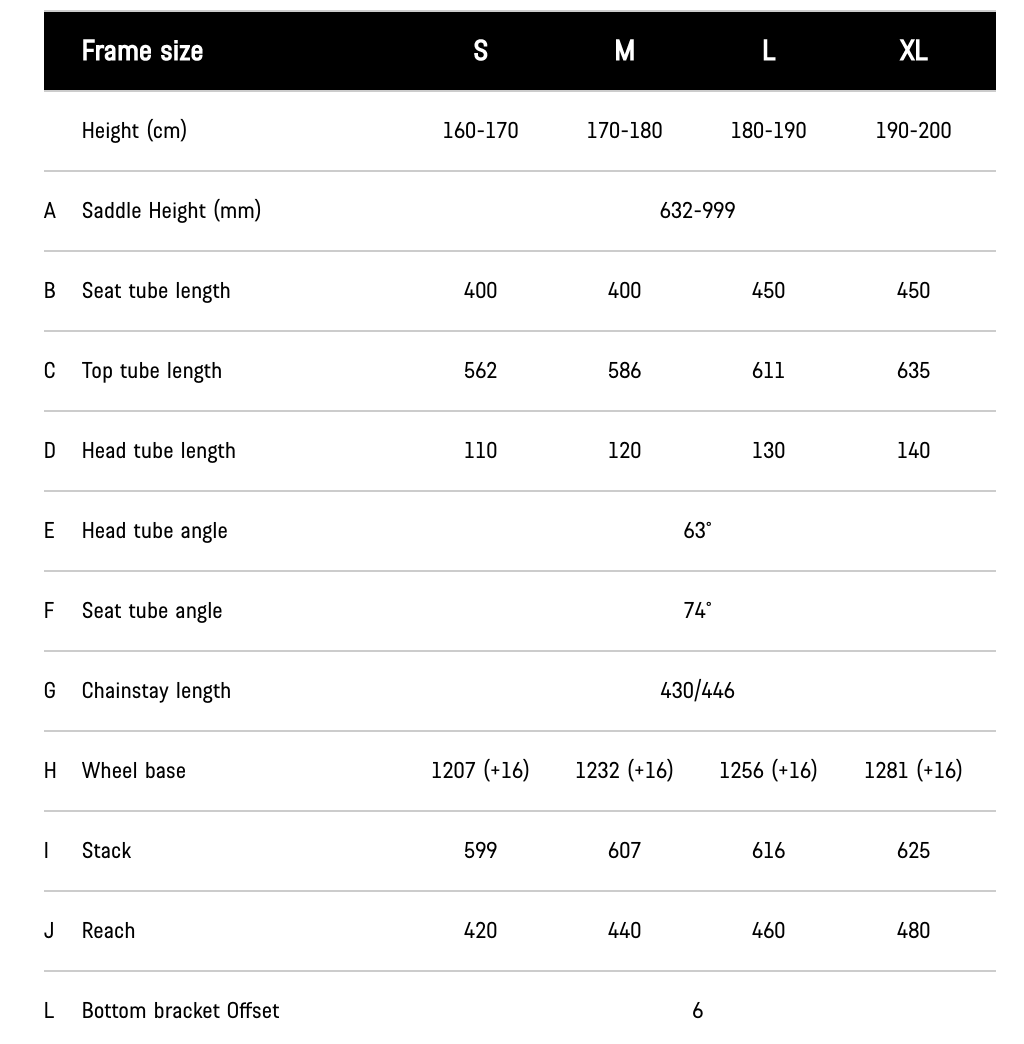 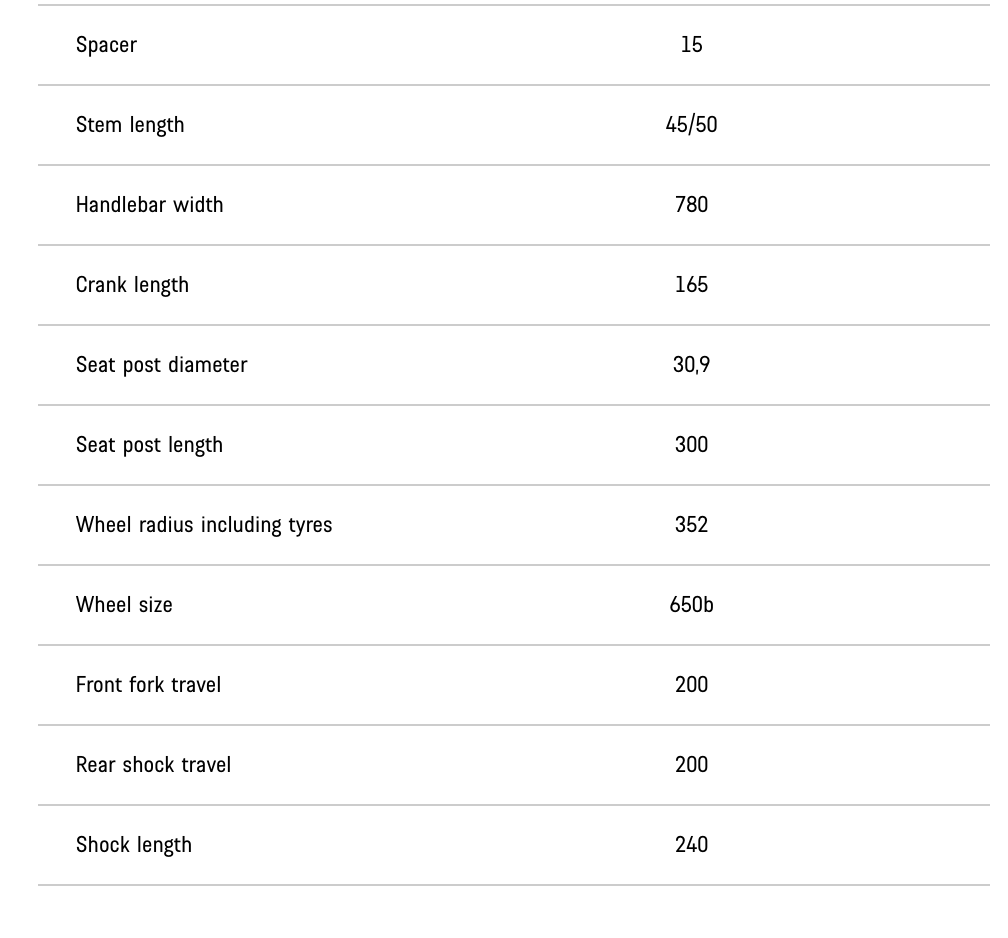 The Sender sits in a pretty standard middle ground of geometry, though sporting a unique frame aesthetic. With a 63° head tube angle and 430mm chainstay length, the bike is clearly designed for proper DH use. For our size medium, a 440mm reach made for a compact, yet not overly cramped cockpit. The 74° seat tube angle puts the rider nearly right over the center of the bike, in a comfortable and stable position. An adjustable chainstay is a welcome feature, as some may want more of a race bike, then a park bike. 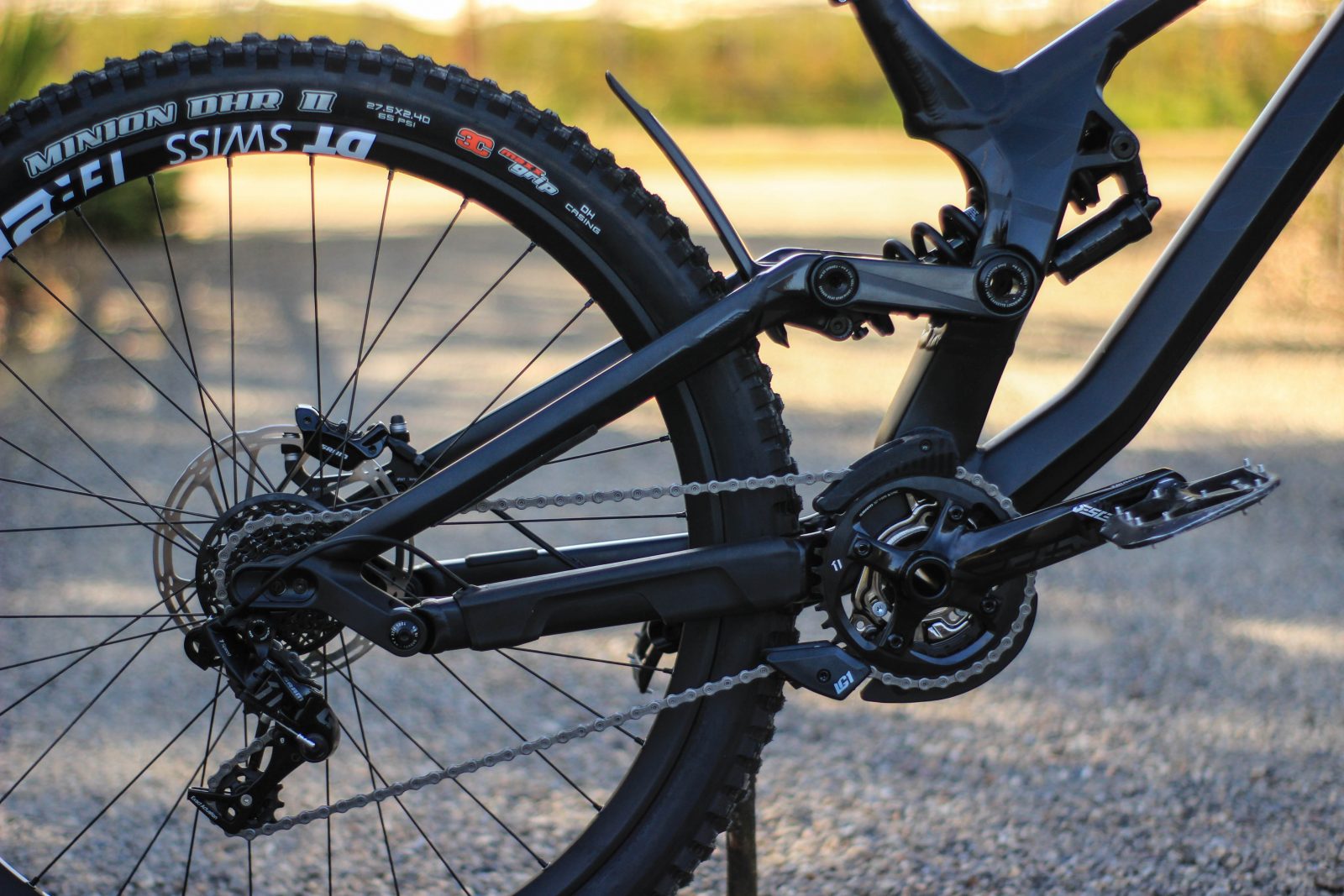 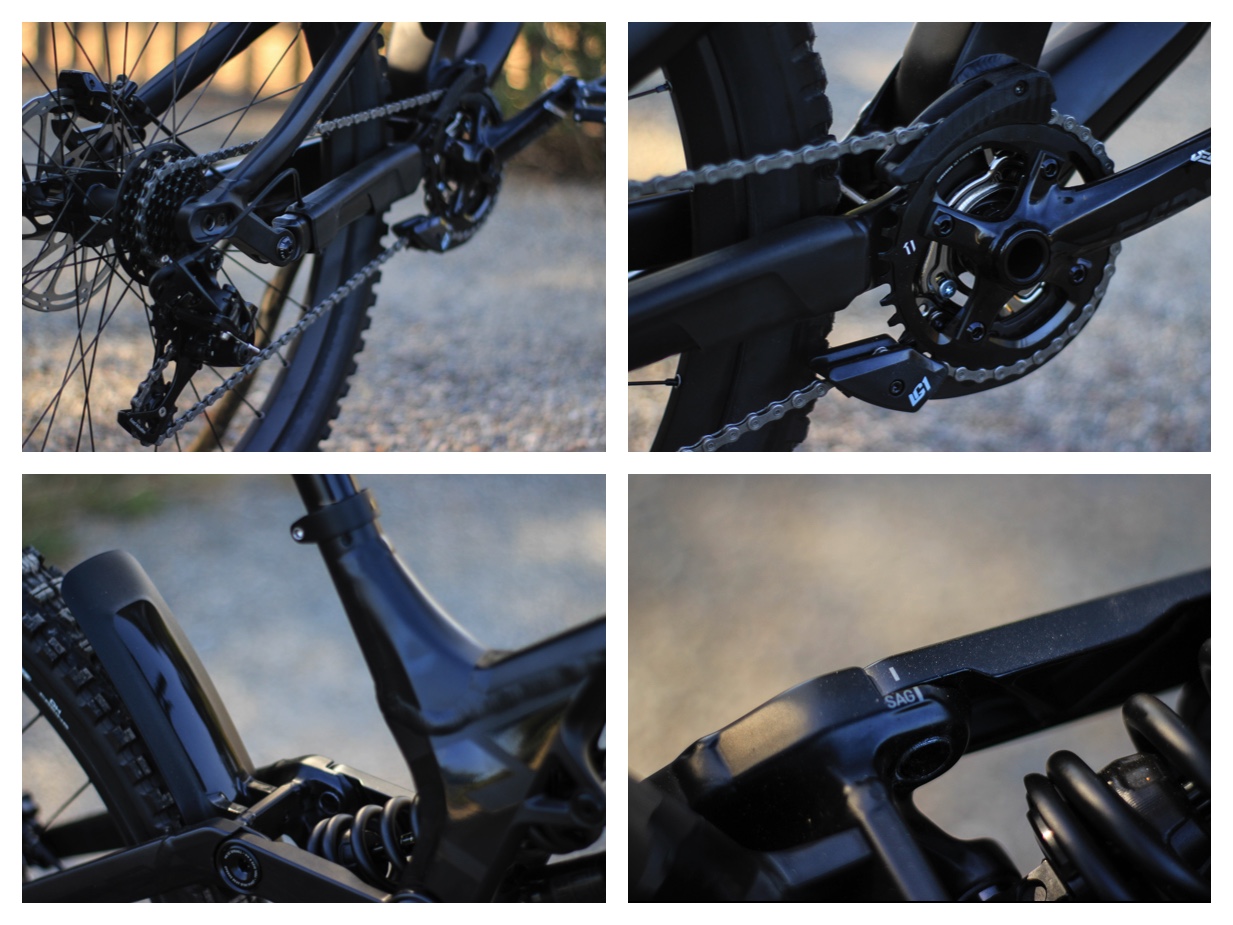 A well made, integrated chainstay guard, mud flap, and sag meter, all lend to our admiration for Canyon’s attention to detail. Also worthing mentioning, Canyon’s kit that comes with the bike is better then anything we’ve seen, including a really nice box that houses a simple torque wrench with an assortment of tips, quality grease, a nice little souvenir roll top tool bag, and a shock pump. 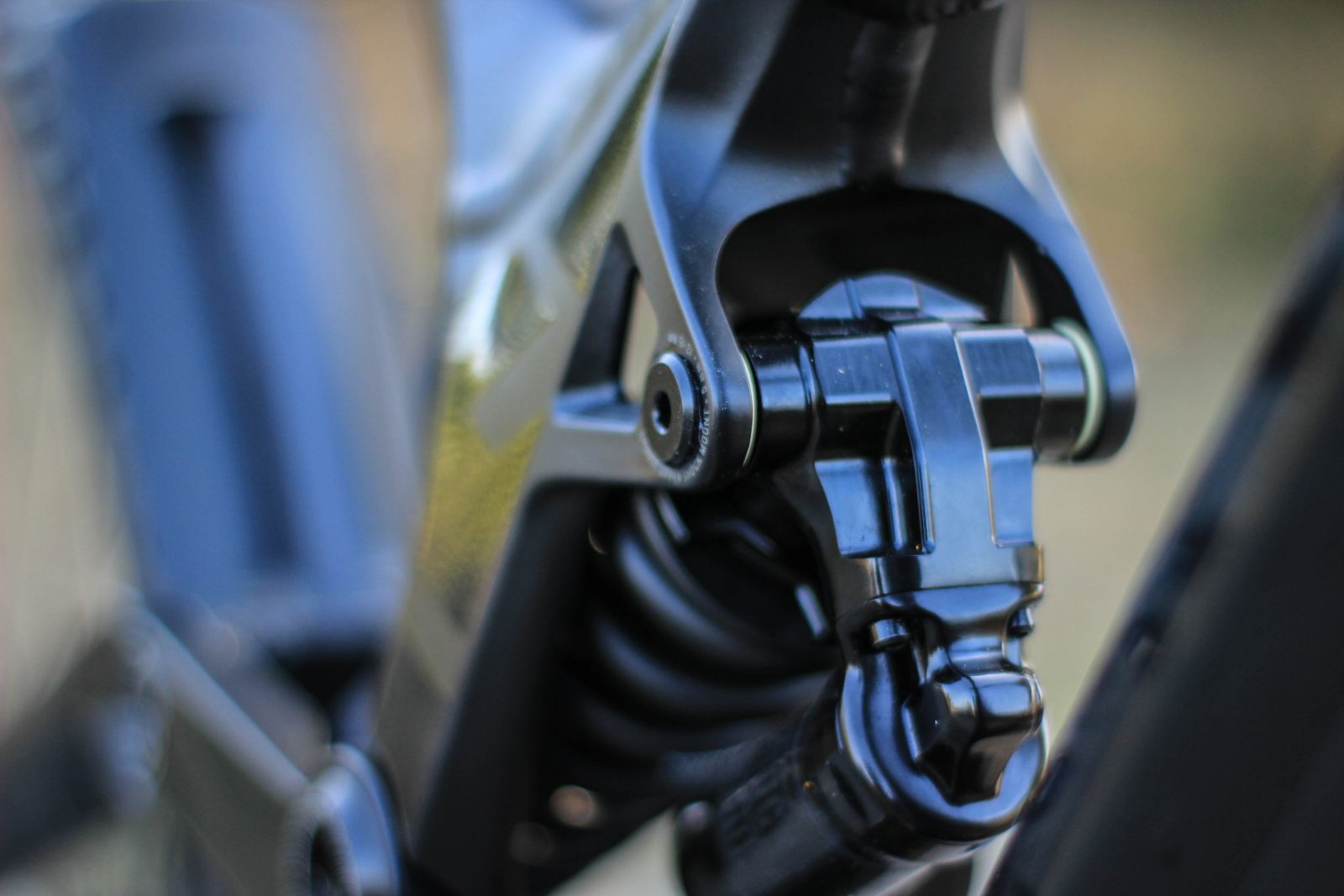 Though shock performance was not an issue, we did find fault in the upper shock mount bushings. After the first few rides, it was apparent that the bolt/bushing tolerances were a bit off, creating some play. We added a super thin washer to each side and were able to remedy the issue. 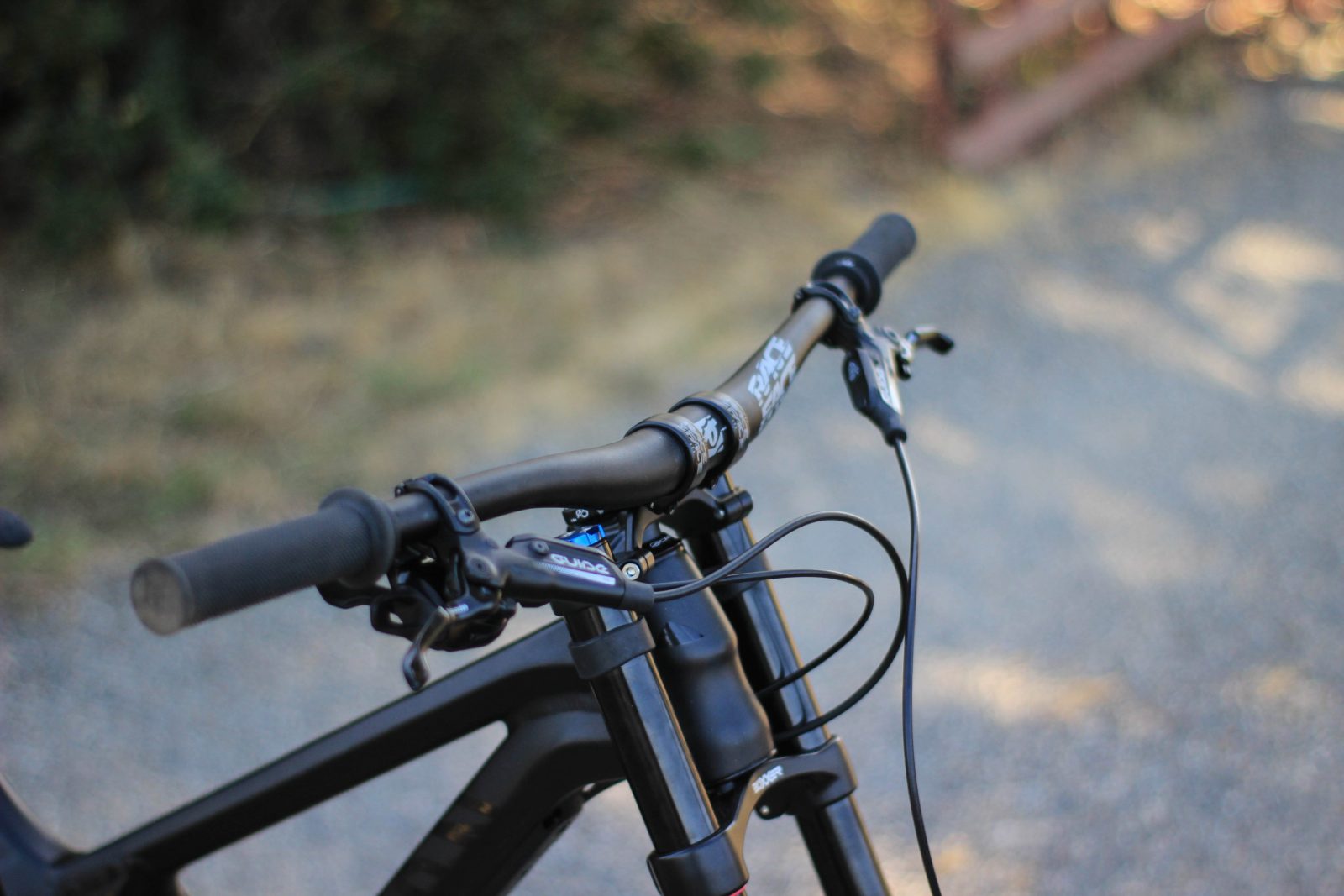 The RaceRace Bar/Stem combo is nothing to write home about, but it served us well with no issues. The Sender AL 6.0, like most lower priced DH bikes came with the Guide RE brakeset, which is essentially a Guide lever body and Code caliper. We found the power to be adequate, though we likely wouldn’t have minded a full Code set on some of the steeper trails. The single clamp Canyon grips have a decent rubber compound, and did the trick, but we eventually swapped them for a pair of Sensus Lite’s. 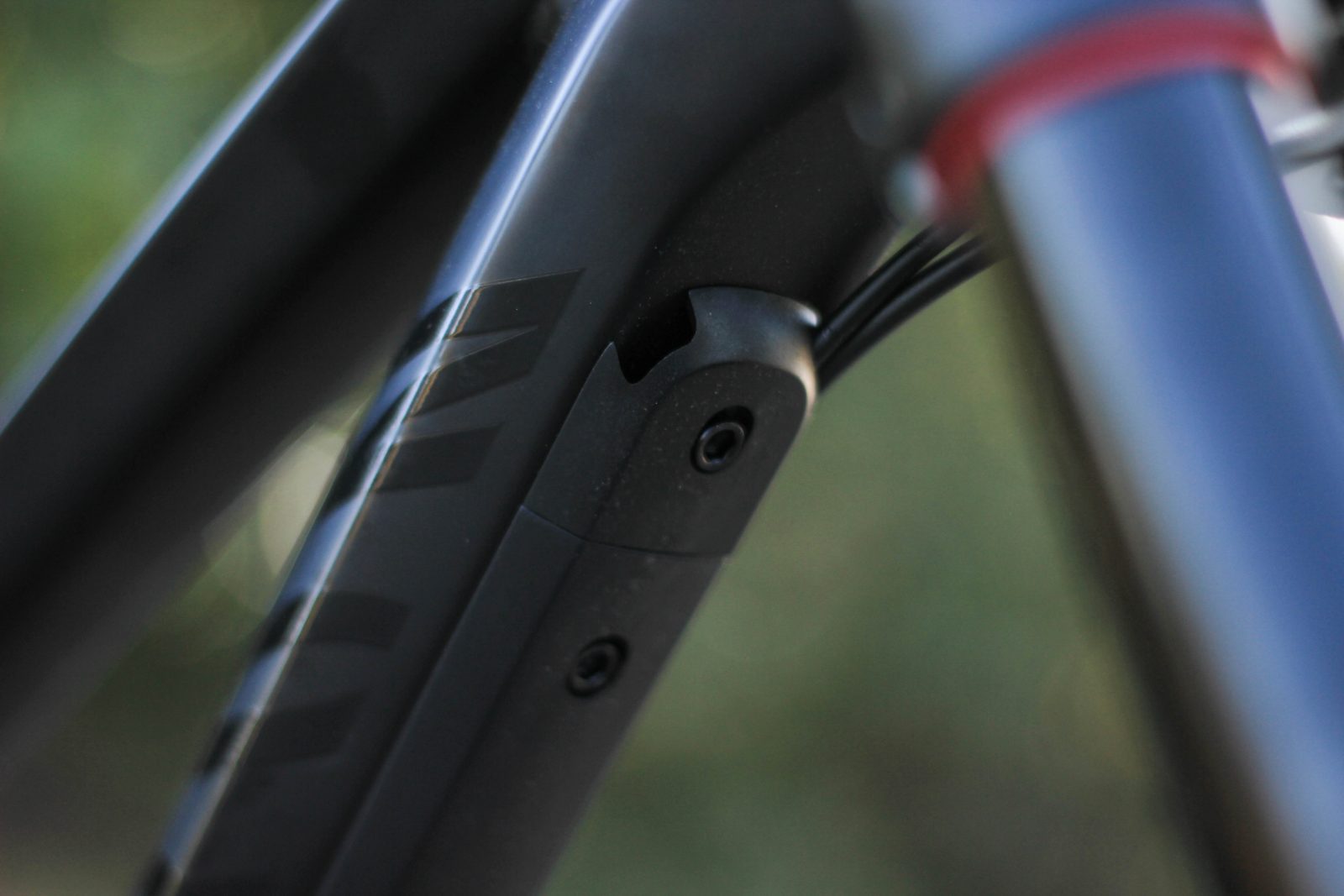 This feature gets its own full size image. The plastic downtube protector not only saves your frame from errant rocks, but houses the cables, giving the bike an internally routed look, but minus the hassle…Genius. 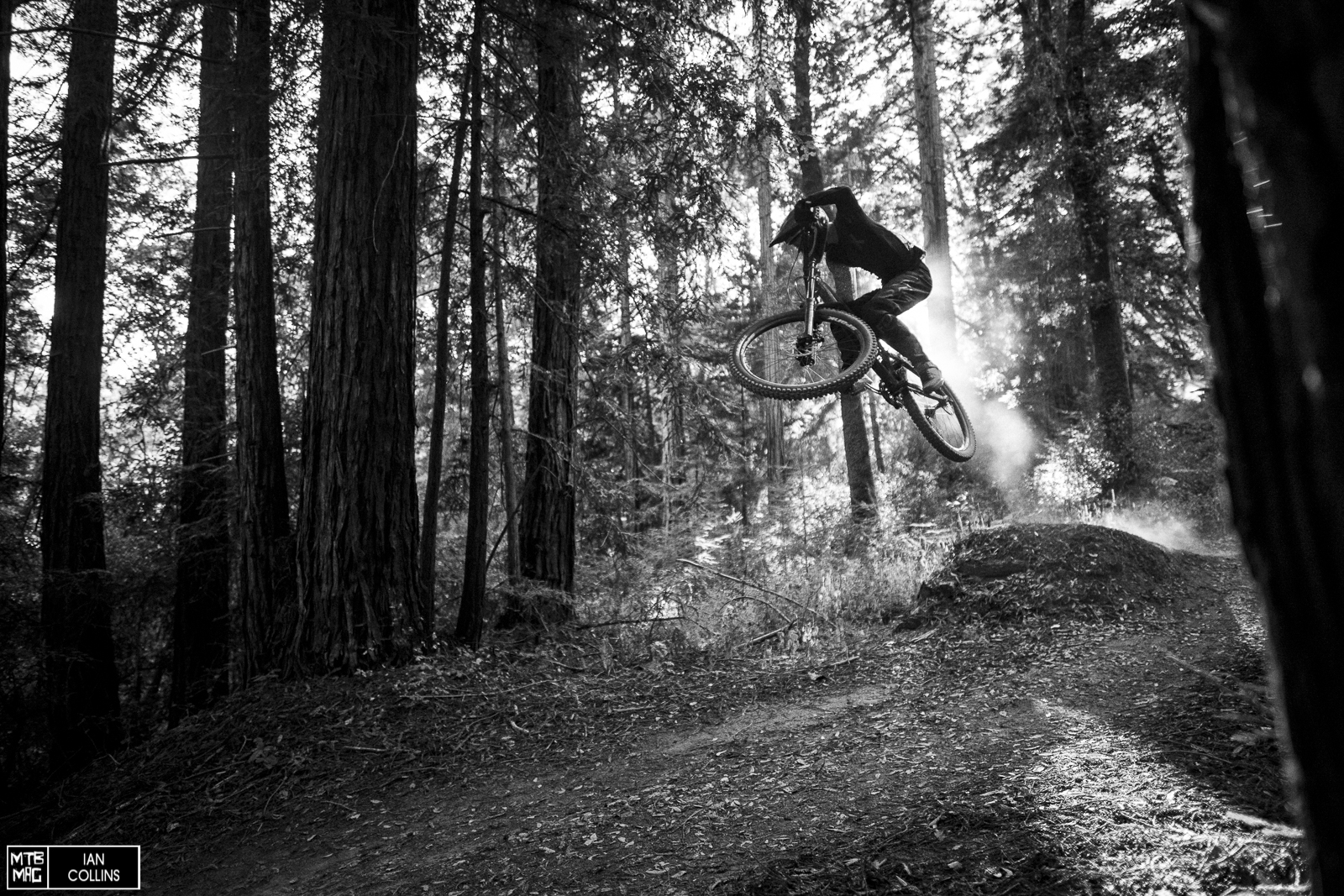 The Sender immediately felt comfortable on the trails, we didn’t have any gripes right off the get-go, and the bike seemed to ride well. The build on the AL 6.0 is a bit on the heavy side, and tended to have a slightly bogged down feeling off jumps, stable but not the most nimble. For a period we did ride the bike with a lighter wheelset, set up tubeless, which helped with the weight and handling.

To get a sense of the terrain we rode, and the abilities of our tester, the above video is aboard the Sender. 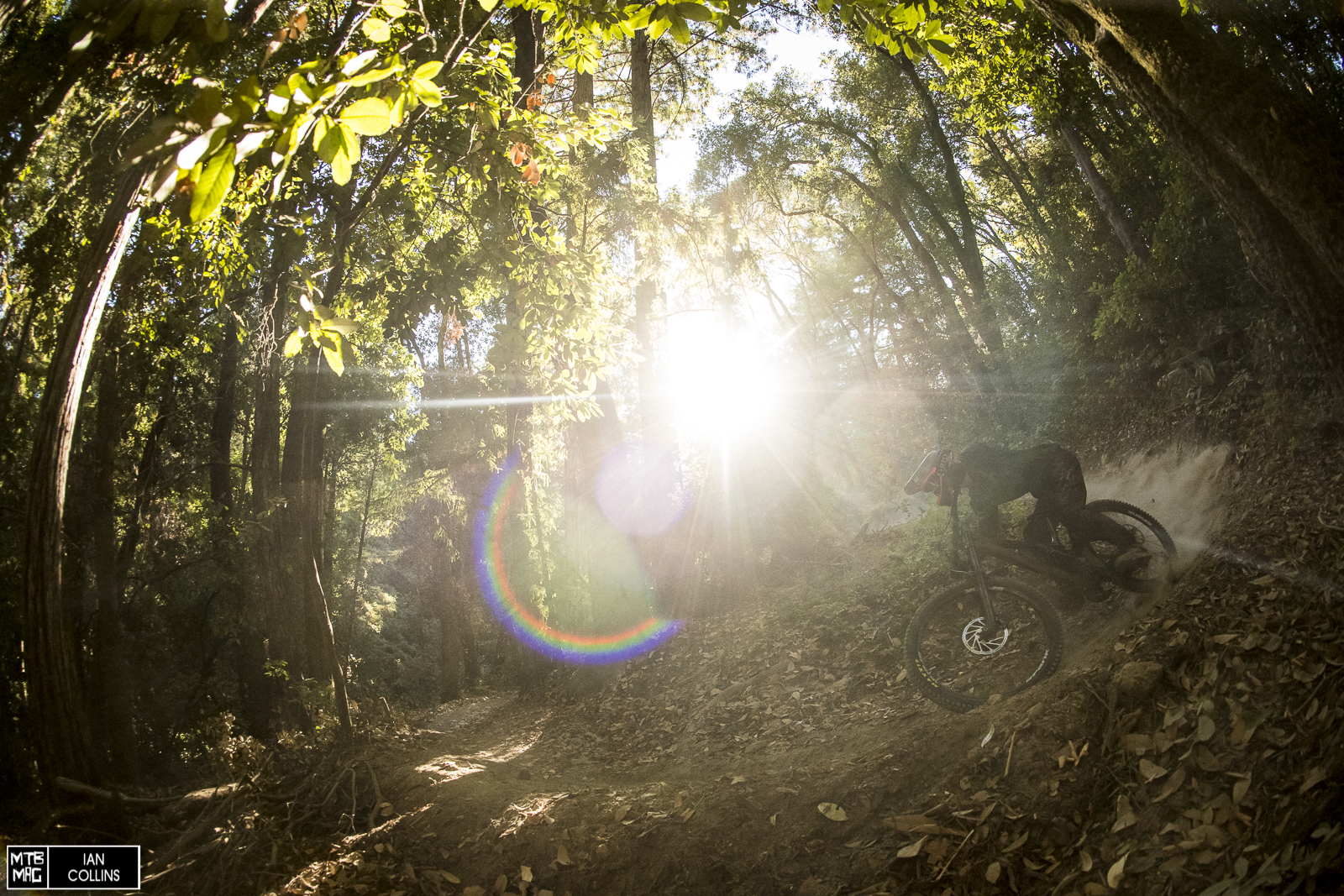 Cornering the bike felt akin to most other DH rigs we’ve ridden, nothing eye opening, but then again nothing worth critiquing. The more we rode the bike, the more we realized that its design is well rounded, and simply works in most given conditions. Rather than one particular strong point, and falling short in other areas, the Sender can do it all reasonably well. 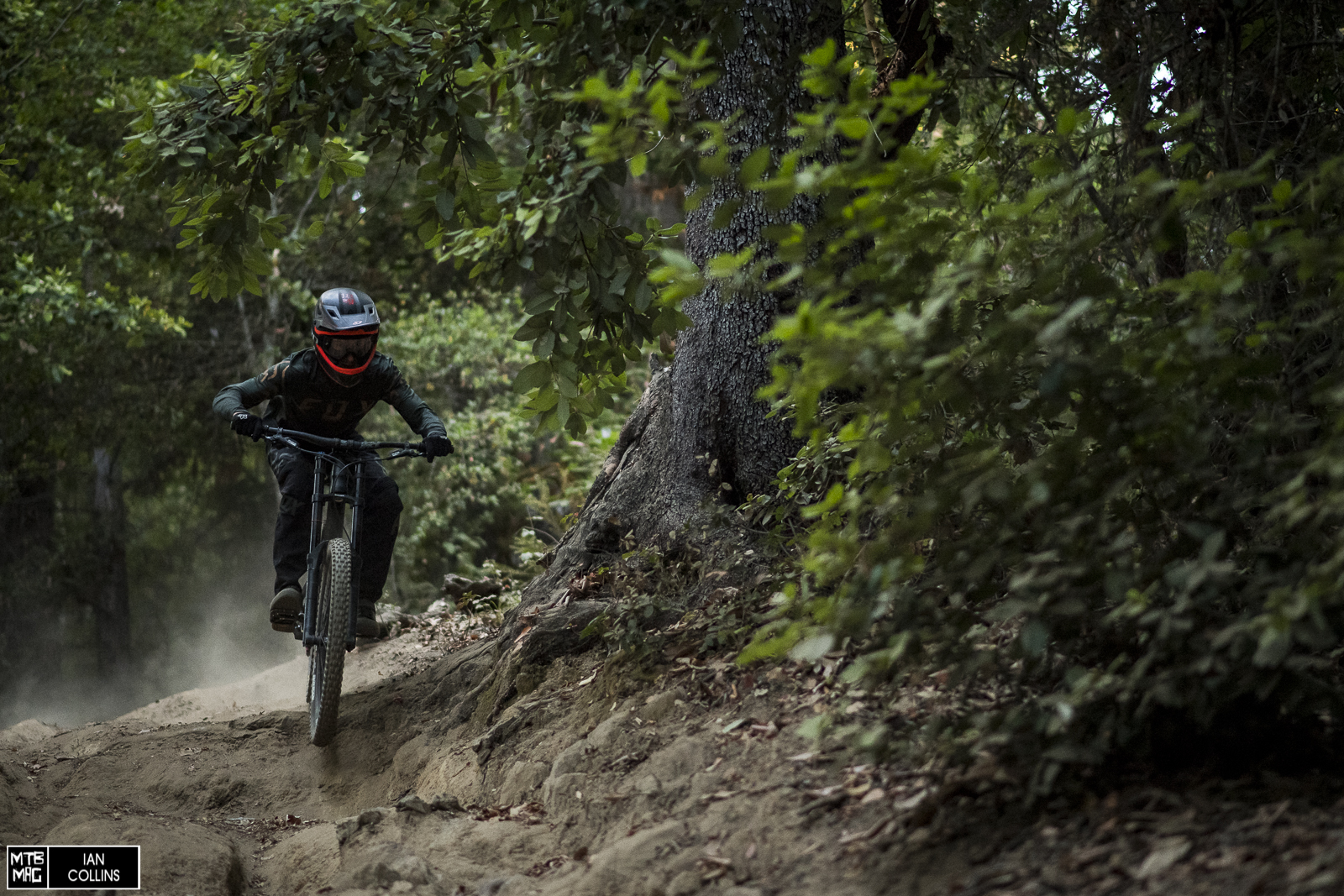 The Sender had a noticeable ability to stay stable and ‘smash’ through rough sections of trail. The linkage on the bike is relatively simple, and actually features a slightly different system then the Carbon tier frame, which has an additional link. 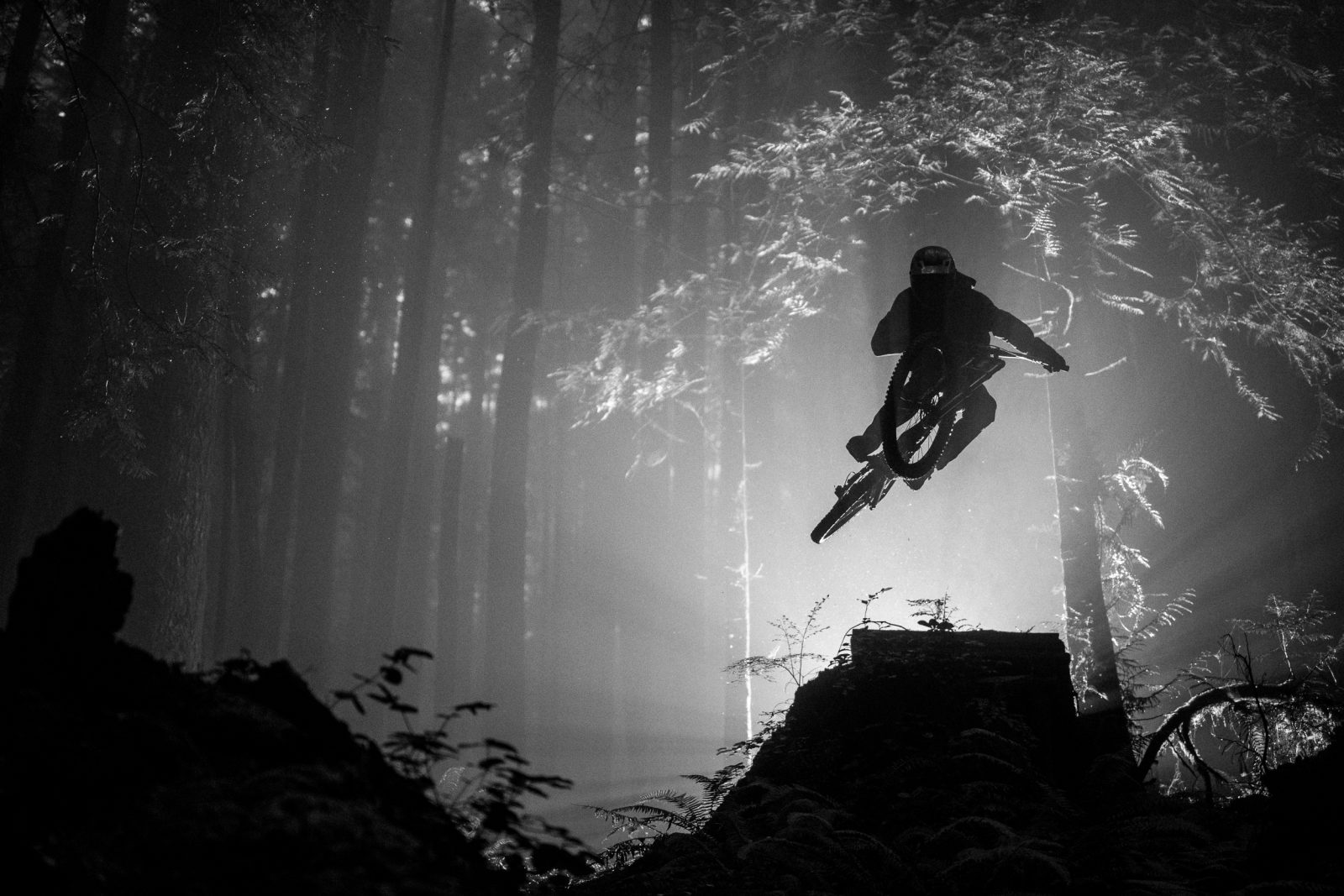 With a killer price point, good build, and a wonderfully clean, all black color scheme, the Sender AL 6.0 shines when it comes to entry priced DH bikes. The bike is a great platform to build off of, with a few upgrades it could easily become a top notch build.  Feeling plenty of comfort in the air, a fast pace in the rough, and composed in the corners, we’d recommend the Sender as one of the better go-to entry level downhill bikes on the market, especially in the the consumer direct sector. For more on the bike visit Canyon’s website: Canyon.com