The original Dainese Trail Skins made waves in the world of light weight mountain bike protective wear. They were meant to be kept on while pedaling, and to adapt to any body shape. Dainese showcased the new version (aptly dubbed the Trail Skins 2) at Eurobike 2016, which we’ve tested now.

The main concept remains the same: they can be worn comfortably while pedaling thanks to their light weight, contour and breathability. What has changed is the main pad, which is made with hexagonal, honeycomb style grid which gets more dense in those areas where impacts are more likely to happen. The pads are also more flexible in the moving parts. In addition, they also feature more side protection. 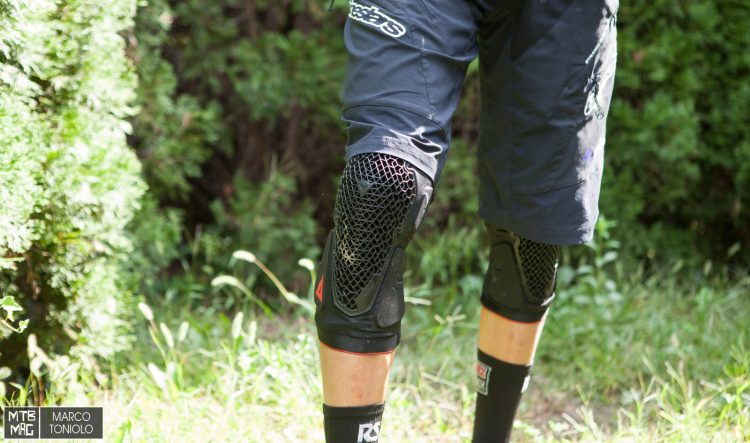 The Trail Skins 2 are extremely light: we measured a weight of 161 grams each. The protection is made of Pro Armor so the guard is “soft” with no rigid shields. The video below shows how the material works.

The Trail Skins 2 proved to be quite comfortable. The Pro Armor remains isolated from the knee, since in between the leg and the pad, there is a rather tight mesh. It feels almost like they fit too big but, after trying both the L and the M size, I can say it is not the case (in the end I chose the M size). In fact, it is this gap which allows for good air flow and prevents the typical sweaty sensation experienced with a lot of similar products.

The Trail Skins 2 have velcro straps at each leg opening, in the lower and upper part. You need to take off your shoes to put them on, because of the special mesh which keeps them in place. At the sides there are useful, well placed smaller pads to guard against frame impacts.

The straps do require a lot of tightening to keep them in position, since the mesh is not very tight around the leg, especially at both ends of the guard, where the straps are actually sewed. Provided you do that, they fit well and you don’t notice them so much while pedaling, or while walking.  Despite the summer heat, the guards didn’t bother us at all. 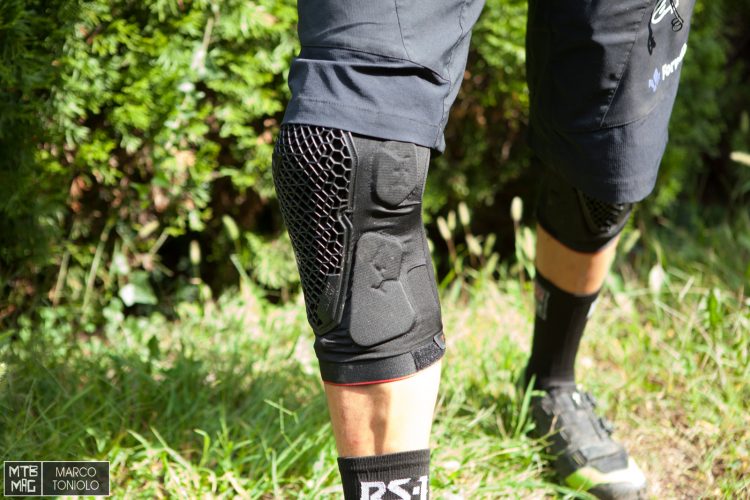 Most riders who are used to climbing with pads on will find that the Trail Skins 2 behave really really well, with no stress points or weird rubbing. On the descents, they stay put rather nicely, provided that you keep the velcro straps fairly tight.

The main question is whether the protection is effective or not, but I have to let you down since we didn’t have any significant crashes during the test. The one day it happened , I was not wearing any protection, it figures…

Compared to knee-guards with rigid pads, or some of the more massive ones, there is no doubt about which protects the most. But don’t forget that these are made for trail riding, where you don’t take off the pads before every climb. With this in perspective, Dainese hit the mark: the Trail Skins 2 are light, breathable, you barely notice them. Also, they take up very little space in the back pack since you can fold and squeeze them as you wish, should you choose to carry them up on the climb.