Somewhere shortly after the genius SRAM XX1 group was launched there was a scramble amongst third party manufacturers to come up with add-on solutions to expand gear range in MTB drivetrains.  Most did this with a quick cog swap on the cassette; E.Thirteen components were one of many who jumped on this trend, but realizing the inherent limitations, they recently released wide range cassettes for both SRAM and Shimano for 10 & 11 speed systems.  Tipping the scales at just 52 grams heavier than our current 10-42T SRAM cassette, their offering gave us one extra tooth at the bottom and two extra teeth at the top, providing a massive 489% range.  It should be noted that their three piece system can be installed without swapping any other parts on the bike; at least with our SRAM 11 speed drivetrain anyway.  The installation process is likely different for Shimano… 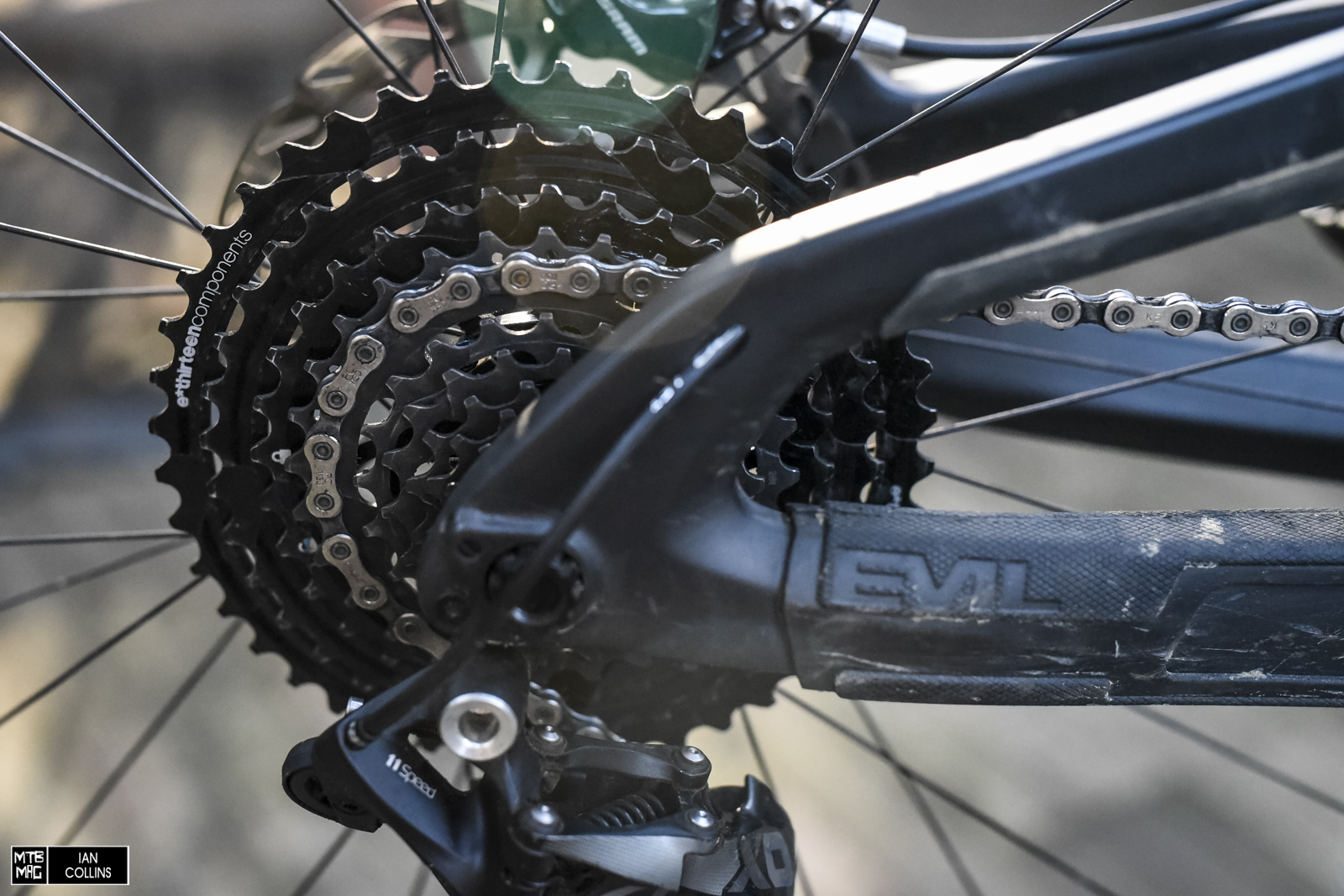 • SRAM XD driver only
• Compatible with SRAM & Shimano shifting systems
• The only 9 tooth lower cog on the MTB market
•  3 Piece design
•  The largest cogs are precision machined from aluminum and attach to a SRAM XD driver body with a lockring. The remaining eight steel cogs lock into place with a chain whip
•  The steel cog pieces are shared between the 10 and 11 speed versions, and high wear parts are available individually, which means that replacing worn parts, or upgrading from 10 to 11sp is possible without buying a whole new cassette. 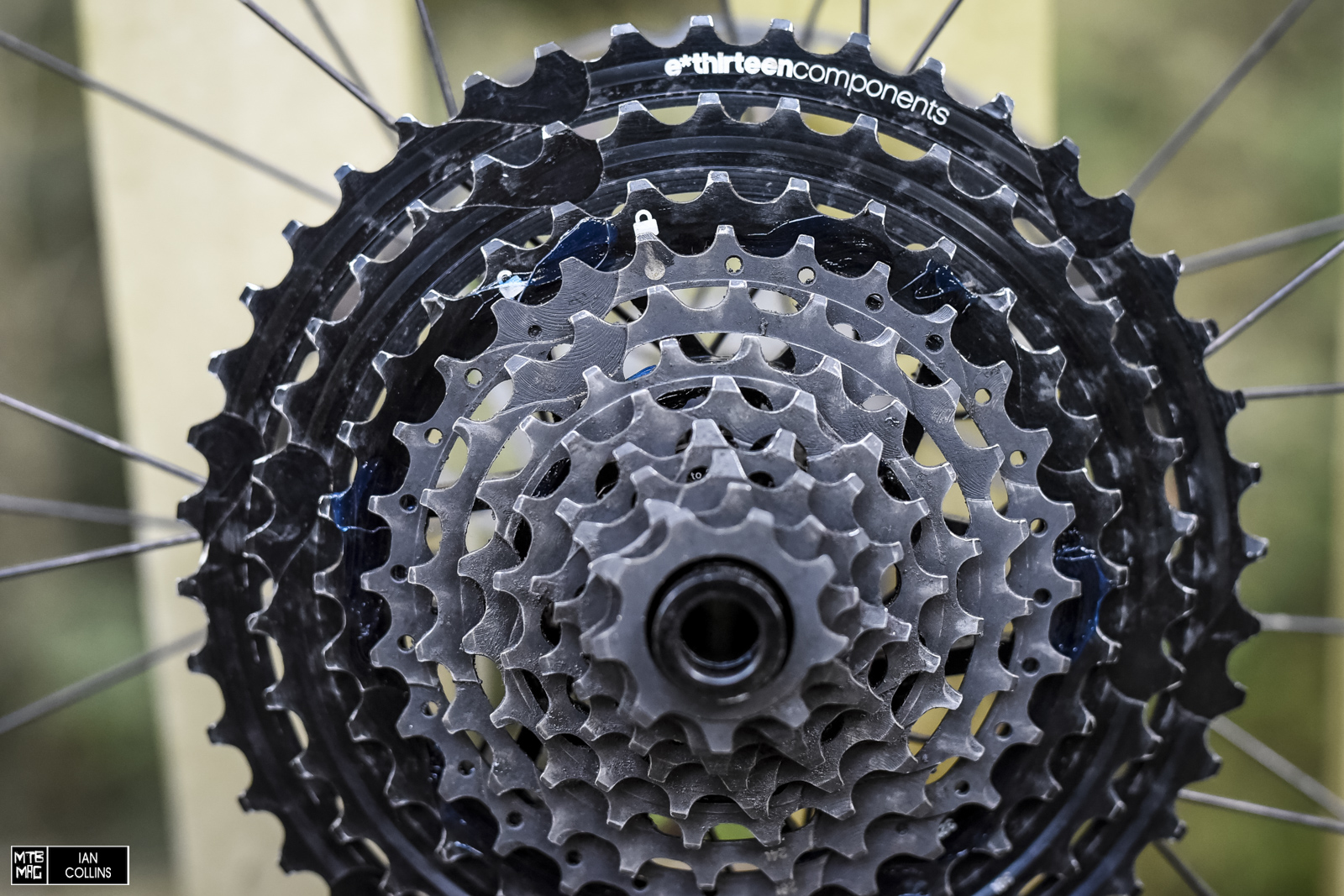 You can read about the installation in our First Look article here.  In summary, the TRS Plus installs in a snap; once you remove your old cassette it only takes about 2 minutes.   Assuming you already have a crescent wrench, it requires only 2 bike specific tools.  One of those (the keyed BB tool) is included and the other is a chain whip.

As far as removal of the cassette goes, with the wheel taken off of the bike, you’ll need two chain whips to break the two pieces apart.  If you don’t have two chain whips don’t fret…Just put the chain in one of the largest gears while in the bike.  Next, apply pressure to the chain by weighting the pedal, then use the chainwhip on one of the lower 8 gears and turn it counter clockwise to separate the two pieces of the cassette.

After just one ride on our 29″ wheeled bike, we immediately realized that we had enough range to go up a chainring size; from 30T to 32T.  However, for HUGE missions, we’d likely drop back down to a 30 tooth front ring. 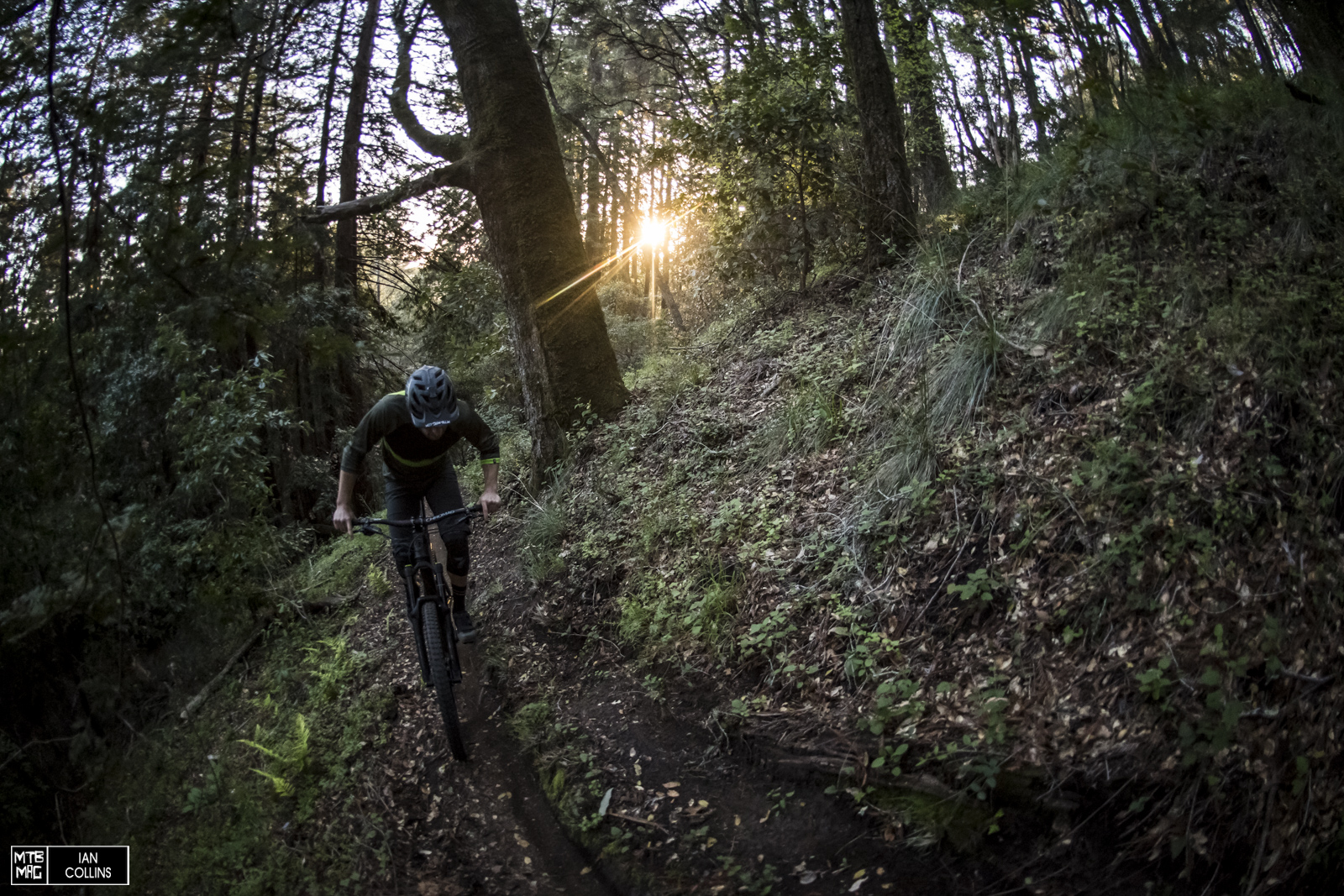 In terms of shifting performance, we felt that the TRS Plus provided a smooth yet crisp, predictable feel out back.  We never got the feeling that our derailleur was under any sort of abnormal strain and all of our shifts were delivered rather nicely.  Shifting through the larger cogs lagged ever so slightly compared to the SRAM 10-42T but keep in mind the derailleur is also covering more range and the cage is adjusting for a higher degree of slack in the chain.  It should also be noted that our Evil Following has a less than ideal chainline, somewhat exaggerated by super short(but fun) chainstays.  In any case, we did notice that we spent more time in gears lower down when we rode the 30T, providing a better chainline and in turn offered slightly improved shifting. 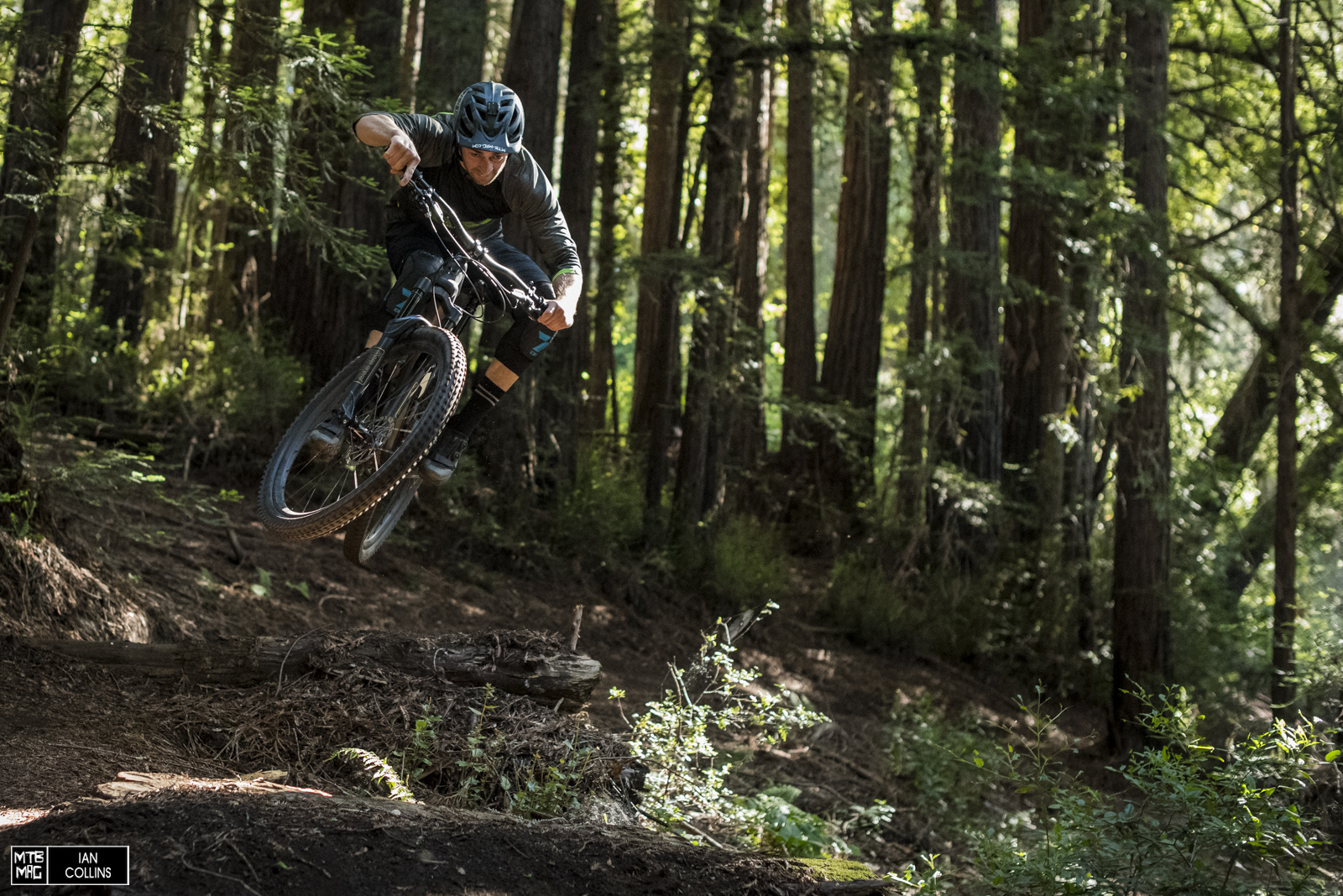 On the other end of the gear range, we expected some sort of noticeable change in behavior from the freakishly small 9 tooth cog, but we found that it felt like any other cassette when hammering in the hardest gear.  We were also proven wrong in thinking that it might wear quickly.  The lower gears 9-28 tooth cogs are made of heat treated cromoly so they’re in it for the long haul. 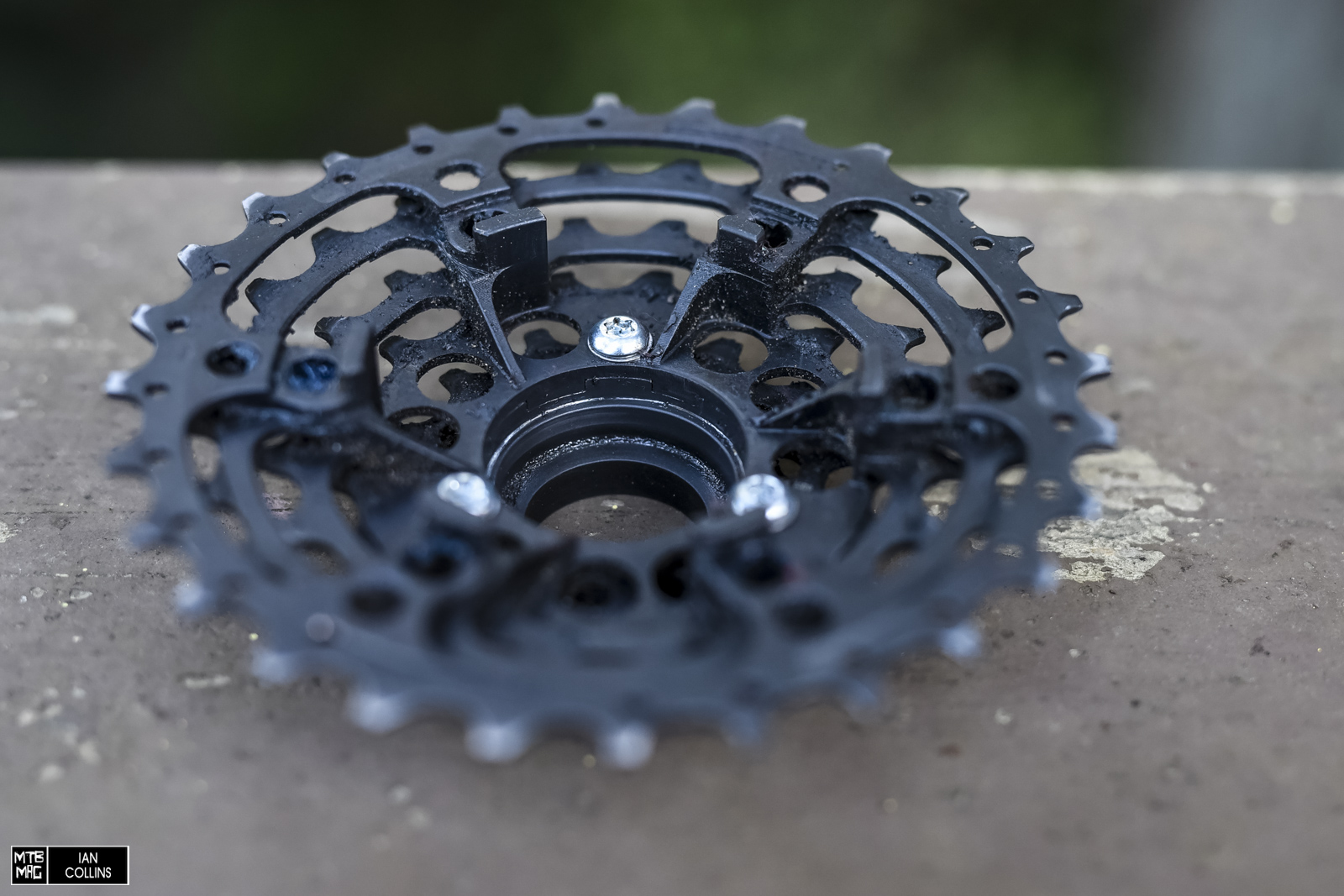 One interesting point about the design is that it’s actually a 3-piece system.  The 9,10&12T cogs bolt to the 14-28T portion via 3 small torx screws.  After quite a bit of riding we discovered a creak coming from our bike and after initially blaming the stupid press fit BB, we eventually arrived at the conclusion that it was the interface between the 3 largest and 8 smallest gears.  After pulling the cassette apart and greasing it, it hasn’t made a peep in the last few hundred miles.  When we did that minor overhaul, we also pulled the lower two pieces apart and greased their interface as well.  It’s worth pointing out that during the entire duration of our testing, nothing has come apart or loosened on its own.  The TRS Plus is a damn solid system that’s been well engineered and field tested extensively.

In the grand scheme of things, if you’re a consumer who wants a drivetrain with 1X simplicity with 2X range but don’t want to splurge on Eagle, this is the next best thing.  It’s a snap to install and the durability has been excellent thus far. In the event that you wear out the top 3 aluminum gears, you can simply replace that block as opposed to having to buy an entire new, one piece $500 cassette. The same goes for the lower and middle blocks as well because they can also be swapped out independently. 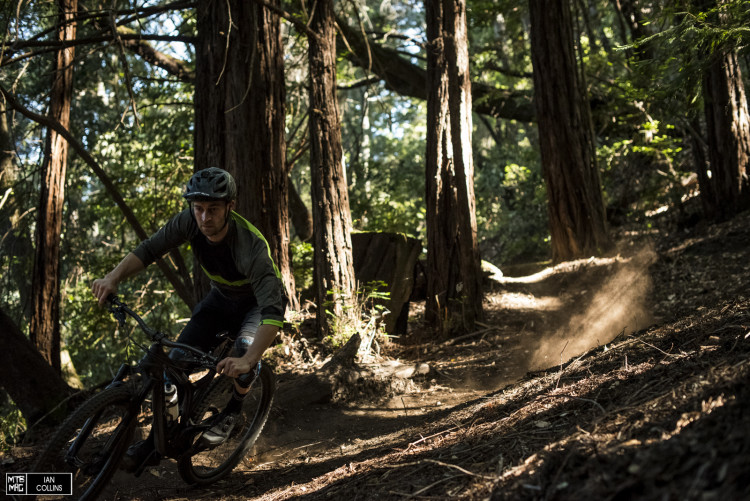 As far as all out shifting performance is concerned, having spent some time on Eagle, we felt it is ever so slightly more refined than the TRS Plus, but it is a complete proprietary drivetrain thus requiring a new shifter, chain, derailleur and chainring at minimum. Lastly, although we haven’t tested it, we do see great value in the 10 speed TRS Plus option from E Thirteen. It could be a viable option for any riders out there looking to get another season or two out of a slightly antiquated 10 speed drivetrain.

All in all, two thumbs way up…we love seeing innovation deliver a better experience to the masses at an affordable price.