[ad3]
Fizik recently released a new “Enduro” rated saddle dubbed the K:ium. It takes a bit more of a traditional shape than many of Fizik’s other wild looking offerings and offers a gengerous amount of padding, abrasion resistance and comes in at a competitive weight of 230 grams. Once we laid eyes on it, we sought one out right away. 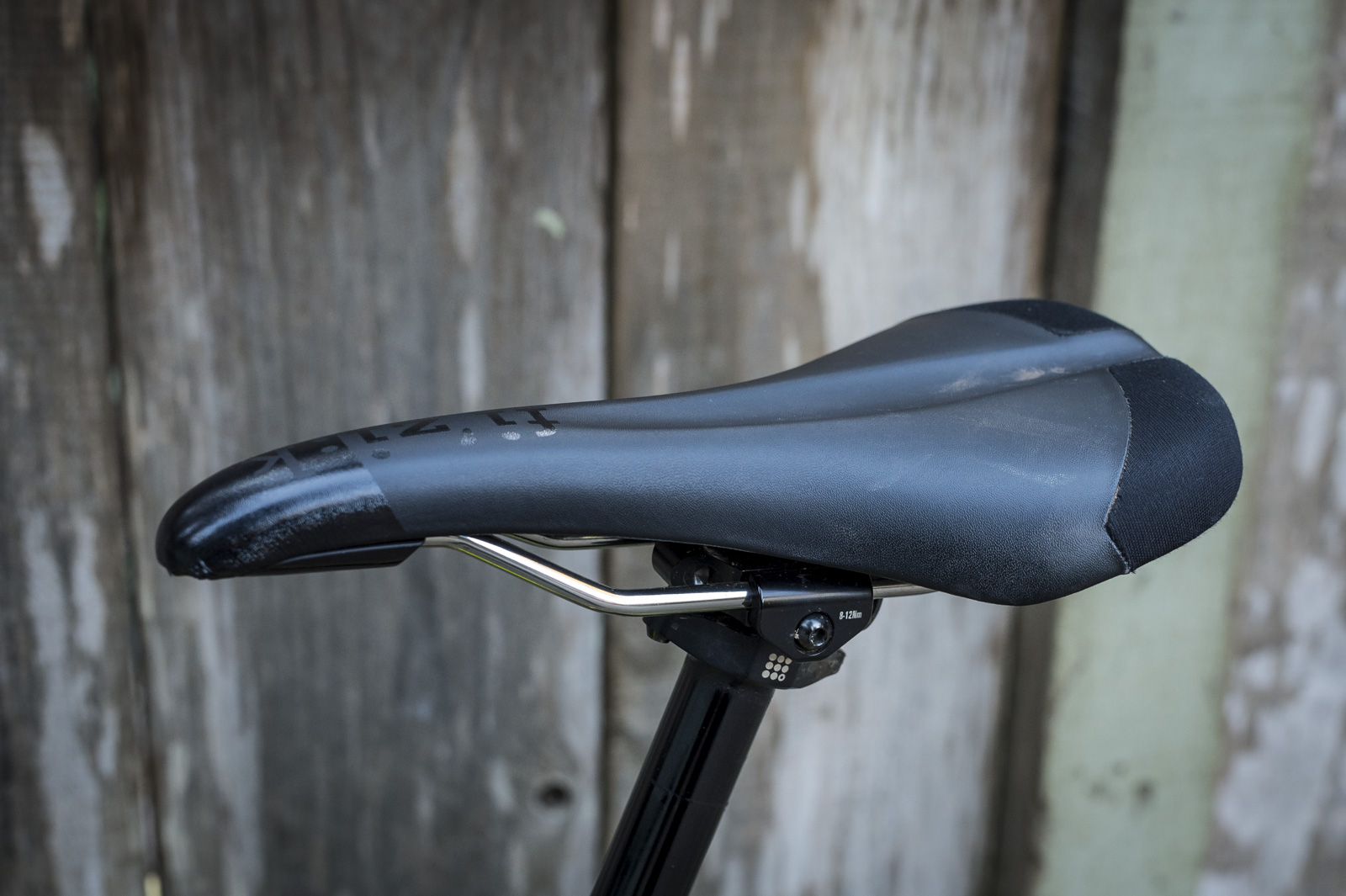 The Monte’s silhouette looks very familiar to us. After some head scratching, eventually we realized it looks similar to a WTB Silverado. That’s okay with us as it’s a rather popular saddle for many reasons. Anyhow – it’s a very different saddle throughout and shape isn’t everything.  We like the curved shape of the nose, which features some dense padding.  Out back, the tail features cordura to keep it durable after the inevitable crashes.  It also acts as a buffer from premature wear from the more abrasive shorts on the market.  The rails are plenty long, offering good fore to aft adjustment and the tail is also quite wide.  For as burly of a saddle as it appears to be, it comes in at a rather low weight considering it doesn’t have titanium rails or any other fussy high price features.  Anyhow, let’s see how it did on the long days in the saddle. 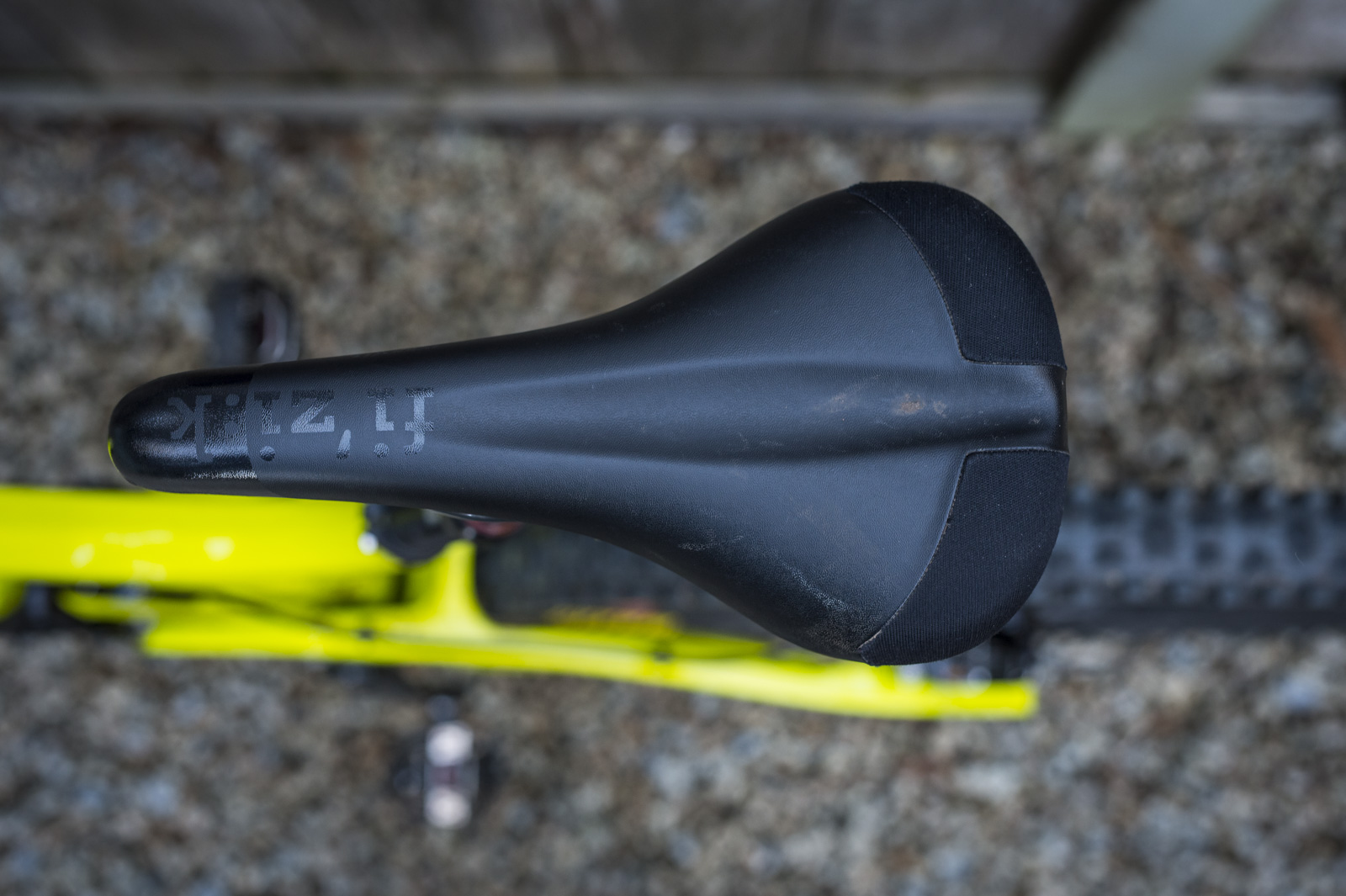 With long travel bikes that manage to get you up and down the hill without the help of a shuttle or a chairlift, we feel that saddle comfort and quality has become even more important than ever while it’s also become increasingly difficult to build a saddle for said bikes.  Think about it.  On a 160mm bike, a seat has to likely withstand more intense crashes and some cases.  These bikes are also harder to climb up techy bits, so more often their pilots find themselves sitting up at saddle’s nose trying to get their weight forward to improve traction.   Lastly, since many of these bikes are tipping the scales around 30 pounds, riders are looking to shave weight where ever possible.

Anyhow, the first thing we noticed about the Monte was its contour.  It had a very natural shape that lent itself to allowing the rider to move about without feeling slippery.  We found it had all the right padding in all the right places, particularly in the nose.   We’ve spent the majority of our time with the Monte bolted up to both our Evil Insurgent and Following.  Neither of those bikes have particularly steep seat angles and boast rather aggressive sets of geometry.  So as mentioned earlier, often we often find ourselves scooting up toward the front of the seat on the super steep, techy climbs.  The Monte has quite a large amount of dense padding and a really pleasant curvature to the nose of the saddle.  It’s also not too wide or narrow, so during the worst parts of our rides, you know – the parts where the nose is up your ass… This was the best saddle we’ve used. 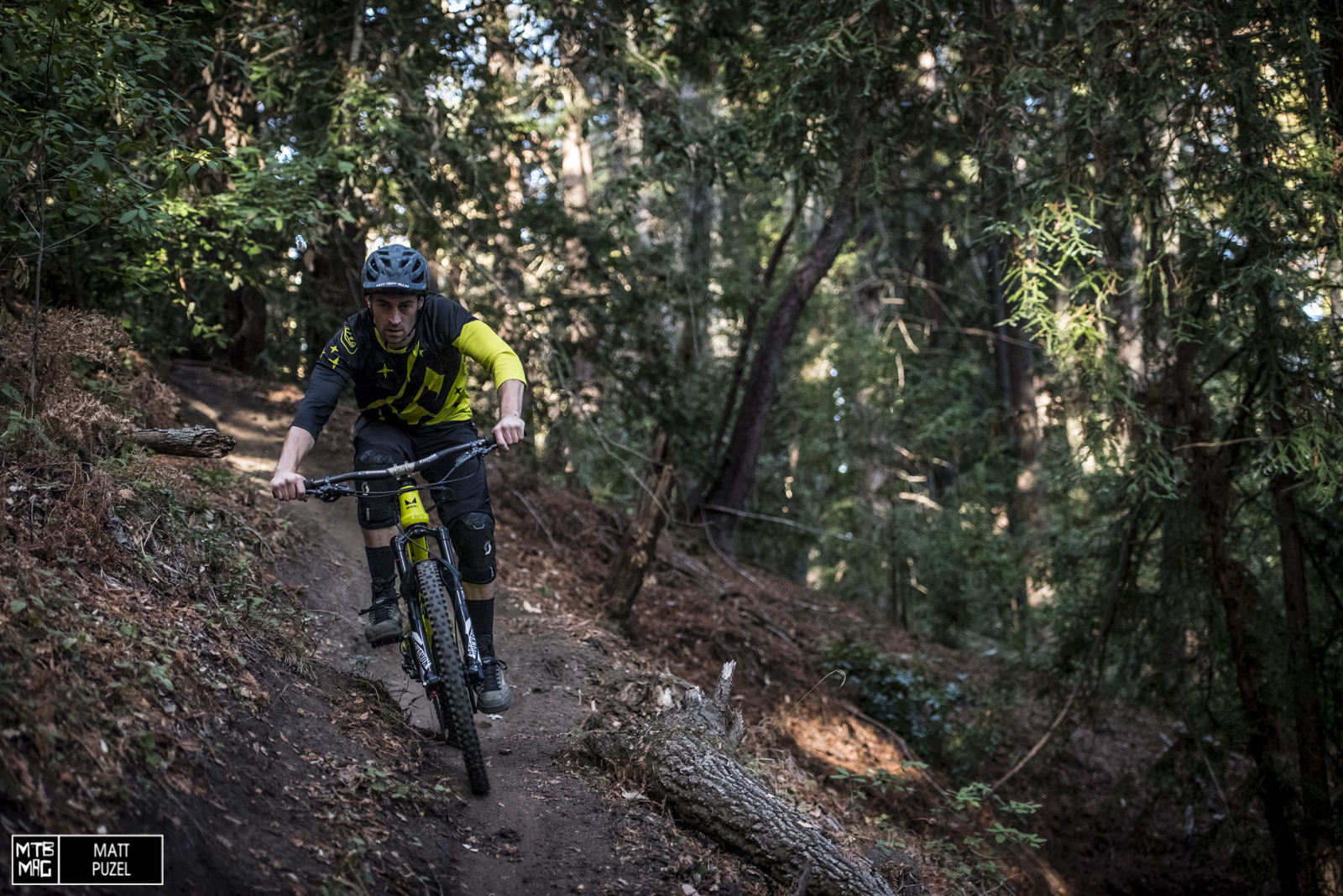 We found the tail to have a moderate amount of flex and padding.  It’s a bit outshone by the nose, but it’s definitely substantial and we typically feel that the comfort offered at the back of a saddle has less to do with padding and more to do with contour, width, flex and how those variables work with the rider above it.

In the grand scheme of things this saddle has been fantastic.  It hasn’t caused any numbness or soreness on even the longest of rides, all while providing a bit more width and padding for the wilder rides that we’ve been on.  It isn’t DH saddle big but it isn’t XC saddle small – rather, it’s nestled nicely in the middle.  It has a more traditional shape than many of Fizik’s other offerings.  Aesthetically, we think it’s the best looking saddle that we have in our rotation at the moment.  The Monte doesn’t boast any super high end features – its cover is synthetic, not leather; the rails are chromoly, not titanium or carbon.  With that in mind, it comes in at a solid price and a rather low weight considering its size.  If we had to really dig to come up with something to complain about, we say Fizik should’ve had the anti abrasive cordura section wrap around a bit more to better protect the sides of the tail.  With that in mind, we’ve had a few small crashes that have been deflected and well handled without resulting in any rips or tears so apparently it’s doing a great job.

Fizik made their intentions very clear when designing this saddle : it was made for Enduro.  While we prefer to call Enduro “mountain biking”, we know what they mean…It’s meant for longer travel bikes around the 160mm range.  Those bikes see rowdy situations frequently and they generally suck to climb.  The Monte saddle held its own when things got sketchy and it made the climbs suck a lot less so we’re going to give it two thumbs way up.