A couple of years ago, I rode the 3rd generation Ibis Ripley LS on some of Santa Barbara’s more rugged trails. At the time, this model was dubbed the “LS” – for Long & Slack, but it really didn’t embody either of those attributes. And so, I wasn’t exactly floored by it…You could even say that in the review, I was a bit unkind. Well, now there is a completely new 4th generation Ripley, and although ironically it doesn’t bear the “LS” badge, it most certainly is L and S – long and slack that is. In addition to taking on the same silhouette as the RipMo, it also adopts the latest geometry trends – long reach and a slack head angle combined with a short offset fork and a short-ish stem. Its rear end has been shortened up quite a bit, bringing the chainstays down from 444mm to a more nible 432mm. If it isn’t self evident already, I liked this bike much more than its predecessor. Read on as we dive in… 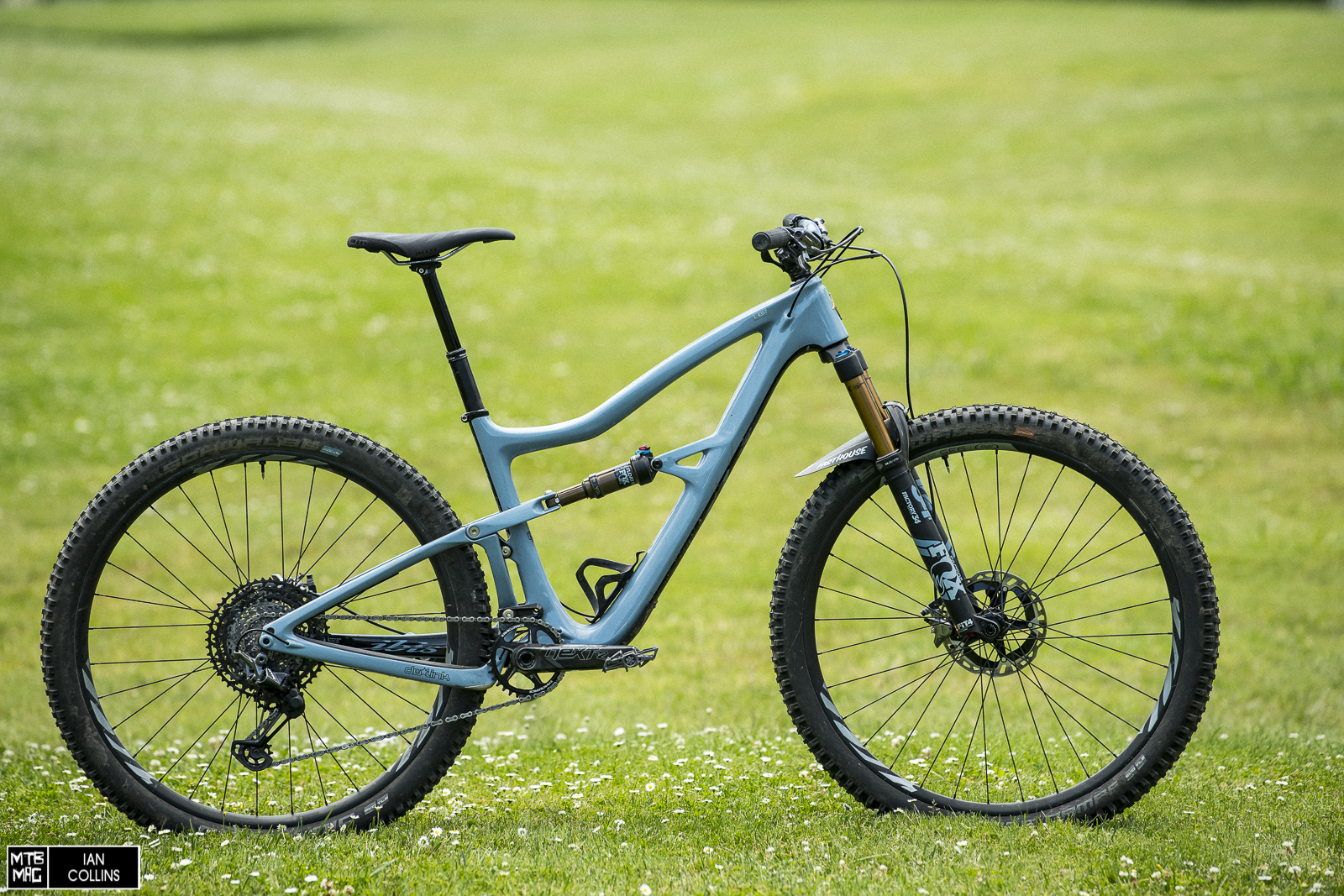 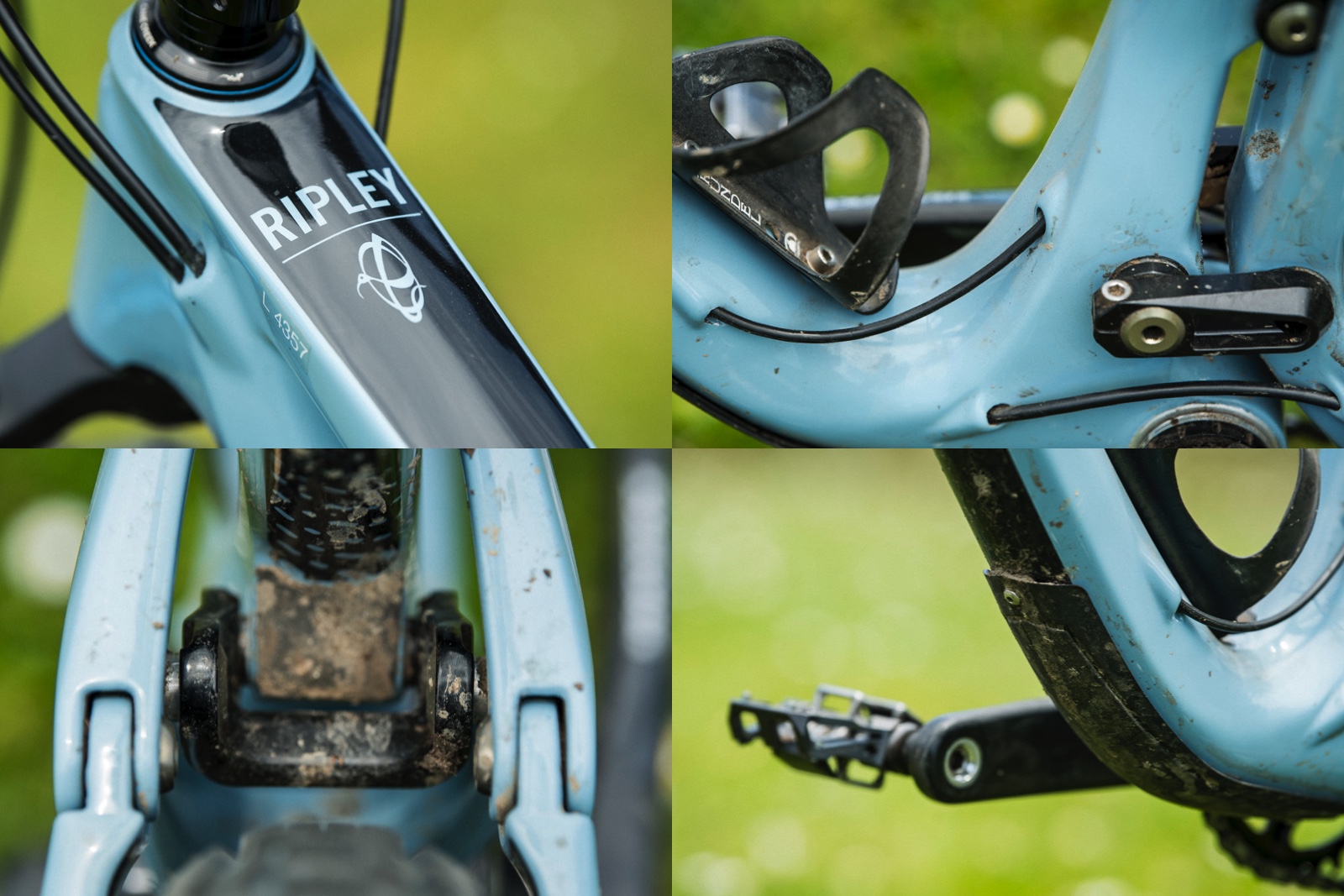 Clockwise, from top left to right: The new Ripley has internal cable/hose routing with very clean entry and exit points. The lower DW-link sees a very small degree of rotation, so it rolls on bushings – which saves some weight. At the bottom of the downtube there is a nice bolt-on plastic bash guard. The upper linkage sees a higher degree of rotation, and thus utilizes more suitable sealed cartridge bearings. 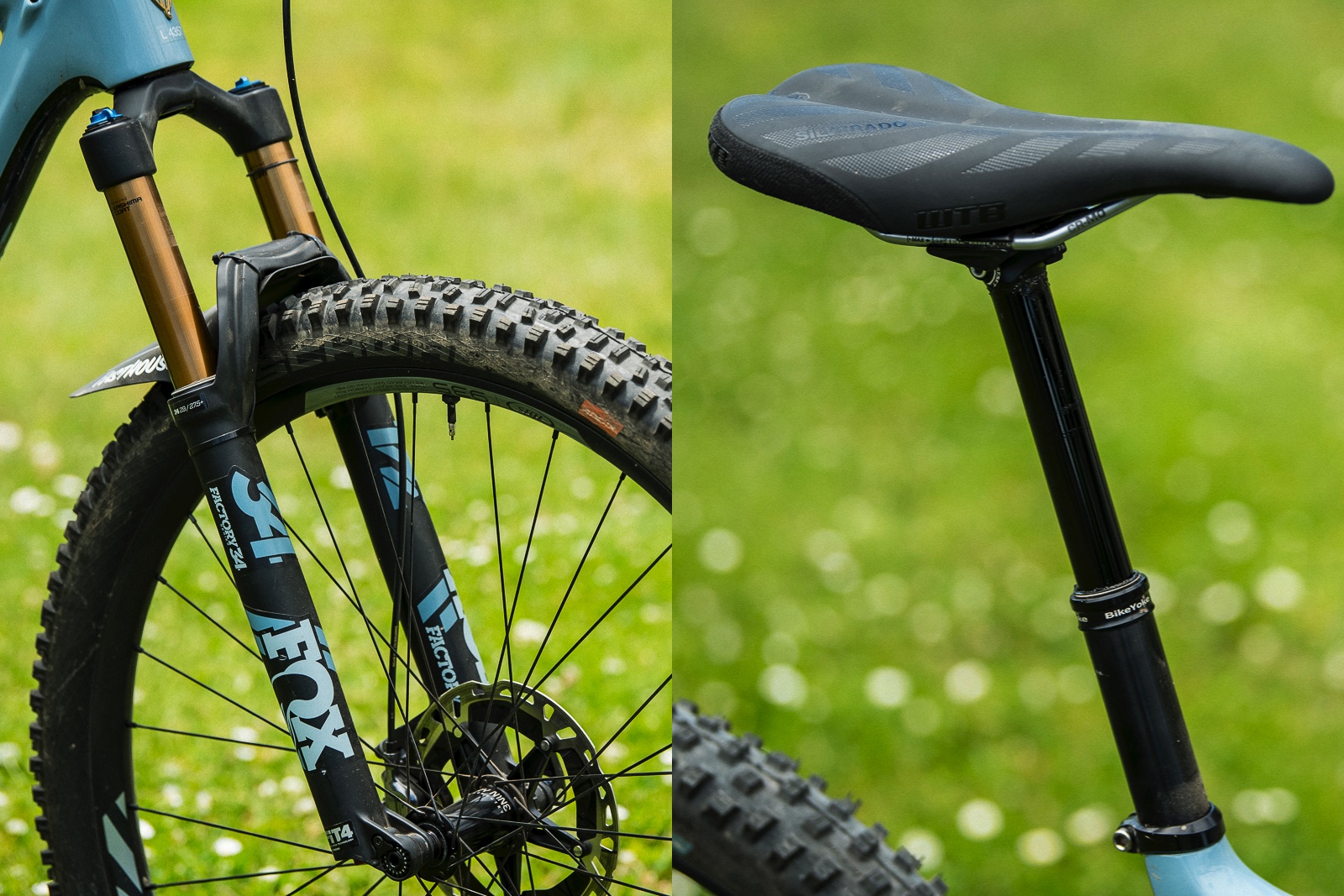 Up front is a 130mm travel Fox Factory 34 Fit-4. It sports open/trail/lock modes and adjustable low speed compression and rebound. The truly excellent BikeYoke Revive post is spec’d in a 185mm travel length on our size large. It’s hands down one of the best post I’ve ever used. Lastly, this Ripley is adorned with the widely liked WTB Silverado saddle. 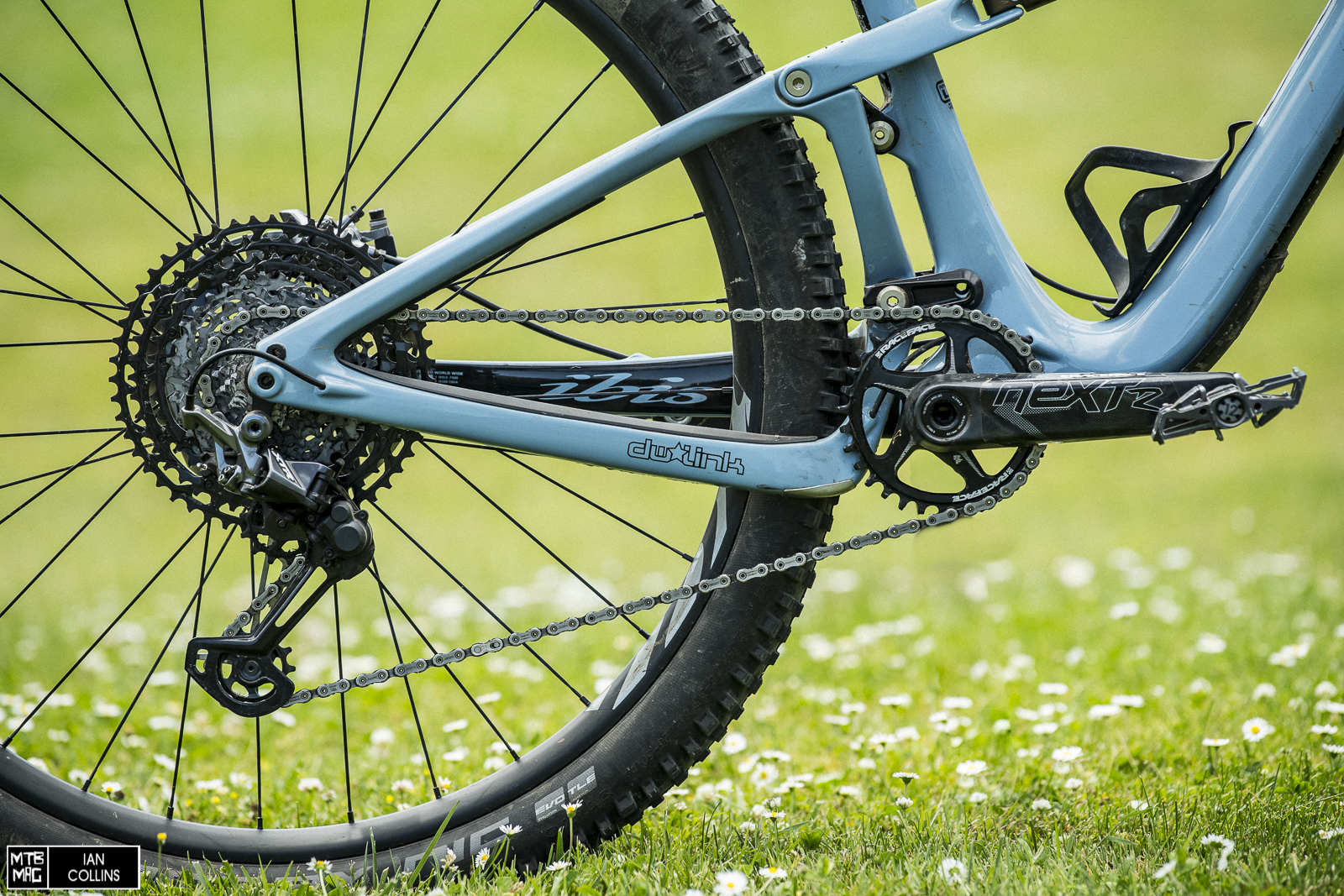 This was my first time riding the new Shimano XTR 12-speed group. It features a massive 10-51T rear cassette and is driven by Race Face Next-R carbon fiber cranks, which are freakishly light and also proved to be quite stiff. 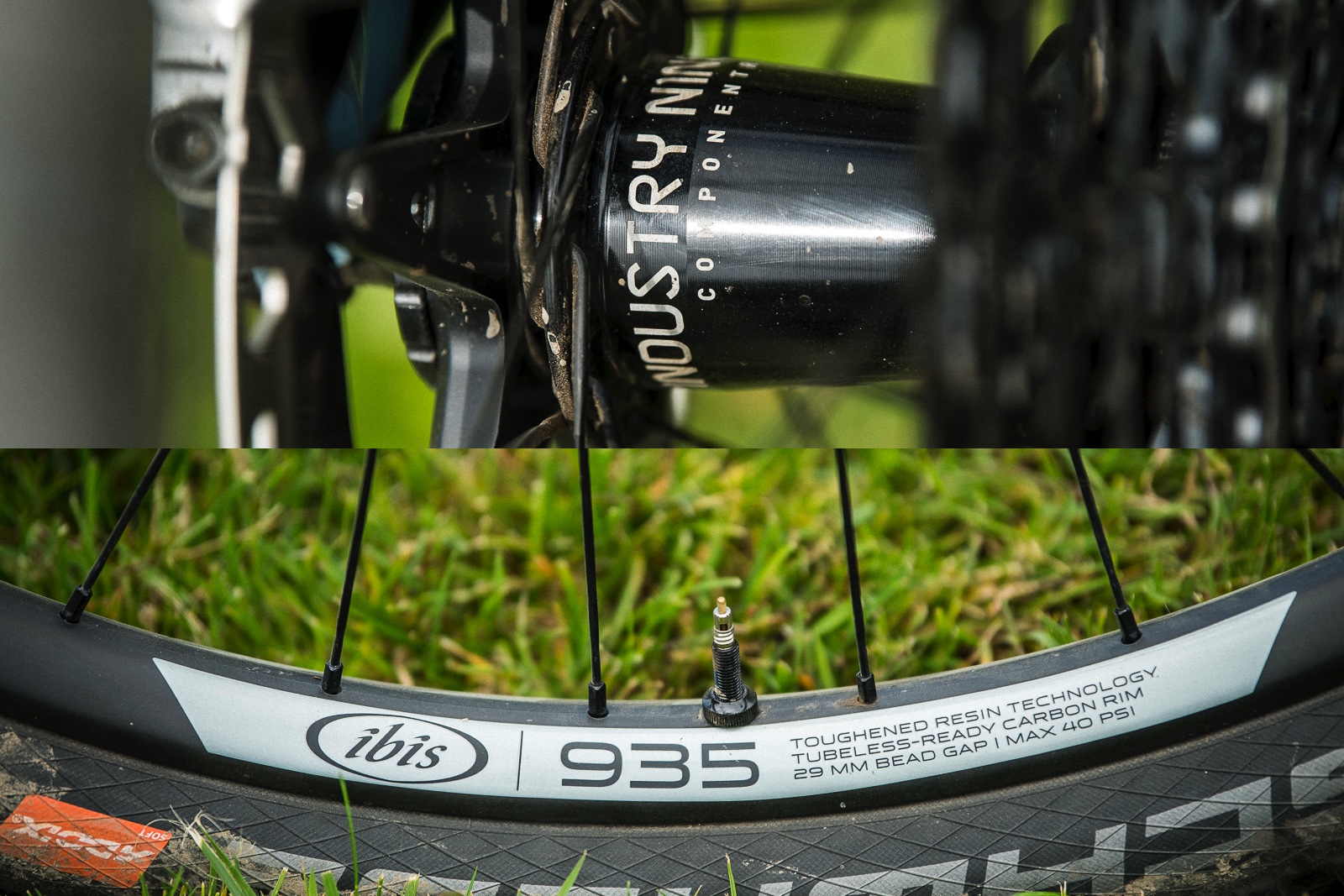 Ibis has a whole new wheel lineup this year with a collaborative effort with Stan’s using their B.S.T. technology. The XTR spec’d Ripley uses their flagship carbon fiber offering, but in test pictured here is last year’s wheels, which do have the same ride characteristics. The 29mm internal/35mm external width shallow shaped carbon fiber rims are laced to Industry Nine Hydra hubs with blazing fast engagement. 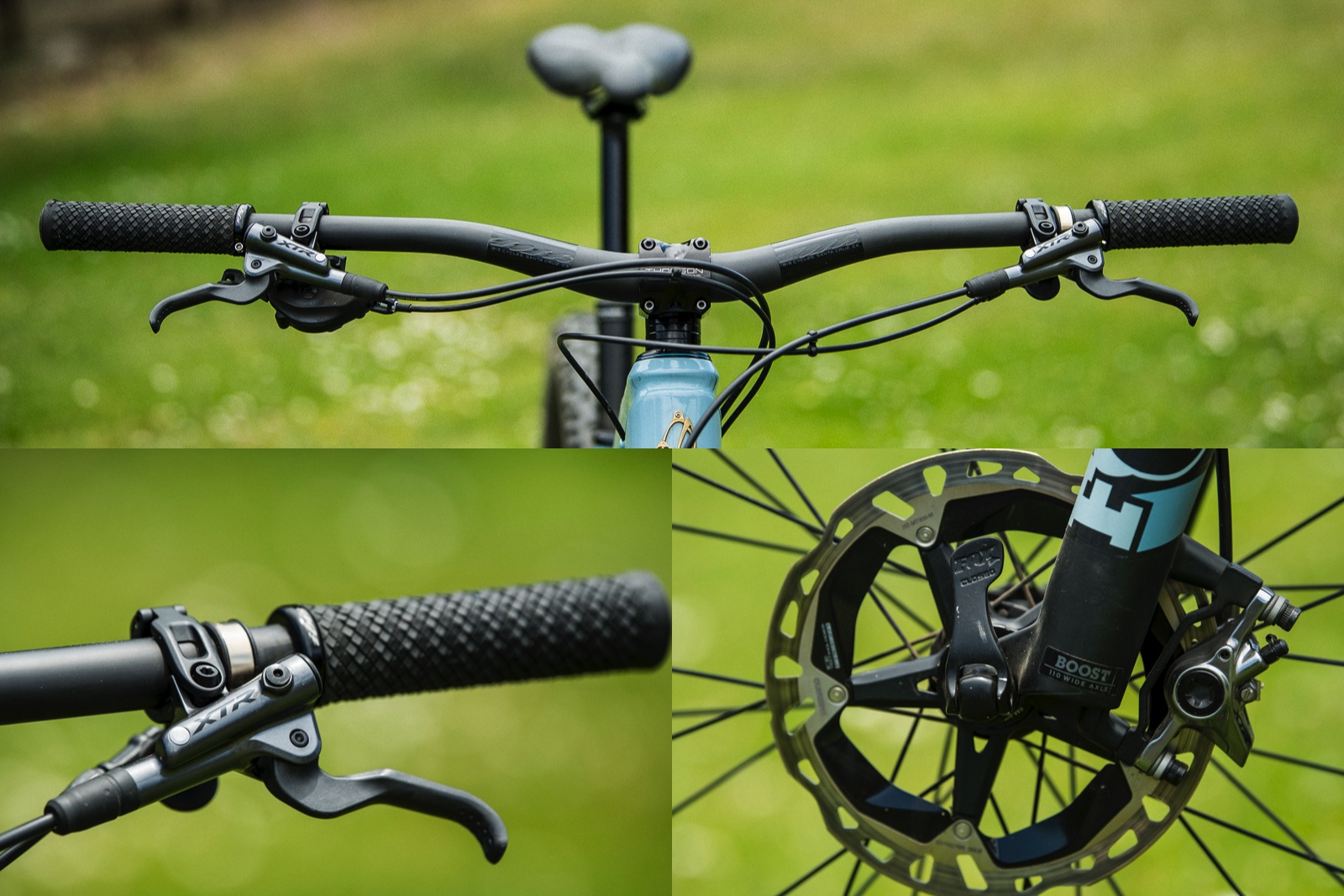 The Thomson stem shown is not stock, nor is the bar. The bike ships with an ENVE handlebar and stem. That said. the Thomson stem and Ibis handlebar did a fine job as stand ins. Single clamp Lizard Skins grips round it out. Single piston XTR brakes and 180mm centerlock rotors slow the bike down. 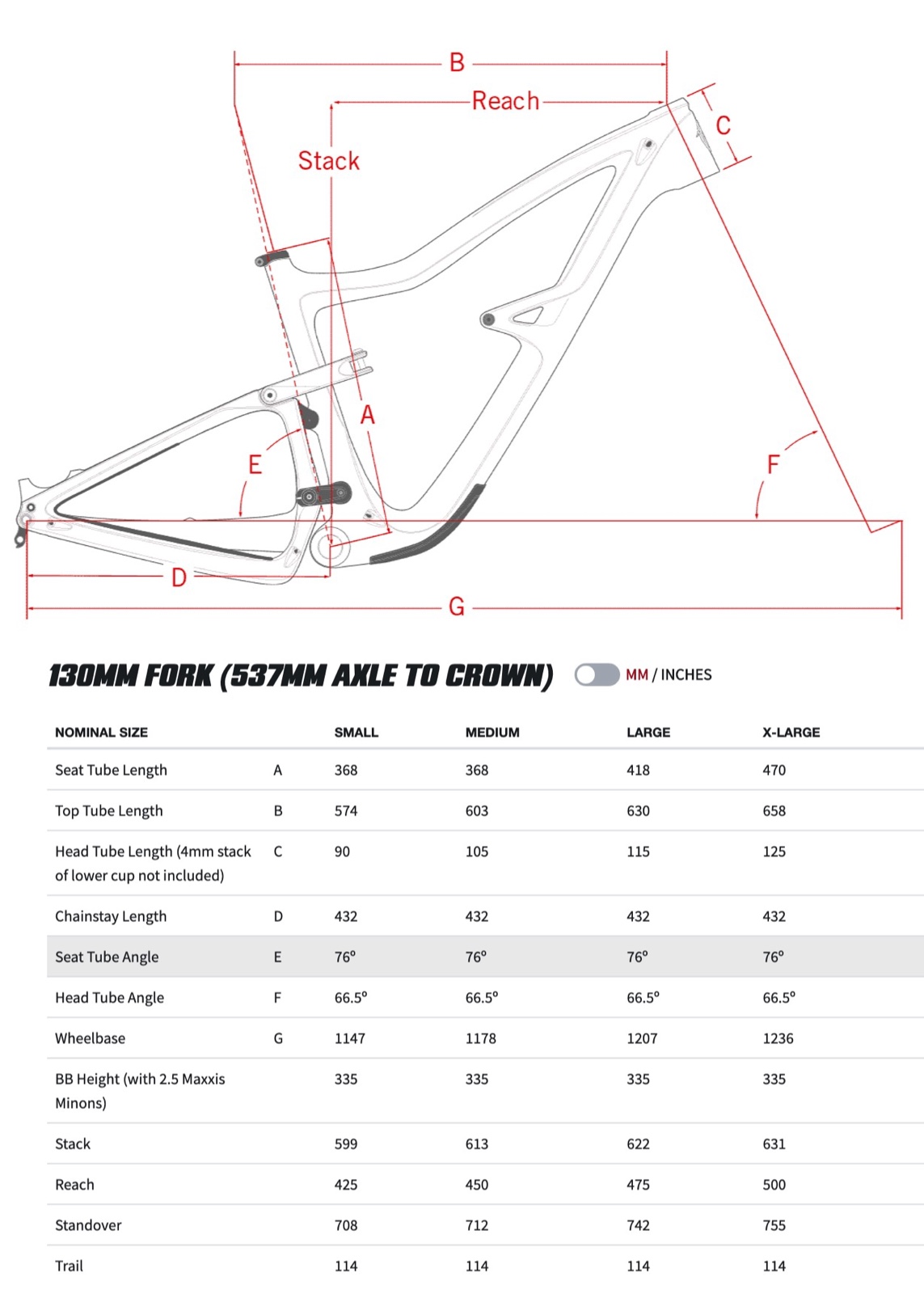 At 25.5 pounds, the first thing I noticed was the Ripley’s weight – that is freakishly light for a modern trail bike. Some of that comes from the rather light duty set of tires – a Schwalbe Hans Dampf up front paired with a Nobby Nic rear. Personally, I’d likely put the Hans Dampf out back and slap a Magic Mary on up front since this bike begs to be ridden aggressively. Anyhow – starting with the climbs, like most DW-link bikes, the kinematics keep the pedaling very efficient with little precious energy lost through the suspension. The lockouts are nice for long grinds, but not really something you’ll find yourself needing that often. As for body positioning, like most bikes with the latest previously mentioned trend in geometry, the fairly vertical 76º seat angle makes it very easy to sit comfortably upright and get your weight over the front wheel on the steep sections. Overall – a very sprightly climber regardless of terrain.

Getting into the meat of things and pointing it down hill, this is a completely different animal than the Ripley V3 – to be quite frank, it was wholly impressive in general, past comparisons aside. I’ll just say it – this is the best bike that I’ve ridden in the short travel 29″ category, so far anyway. That’s a big claim, but I’d rate it as a better bike than the Stumpjumper ST and the Evil Following MB – which is saying something, although I’m curious how it rates compared to the new Santa Cruz Tallboy. It’s unbelievably lively and far stiffer and snappier than I was expecting – truly a blast to ride. This is due not only to its flawless layup and nicely laid out geometry, but also to its well tuned suspension, which makes excellent use of what little it’s got. The feel is reminiscent of a rippy slalom bike – not a boring, washed up, old school trail bike like its predecessor. The Ripley is very comfortable both in the air as well as the snappiest of corners. I found no play in the bushings as well as remarkably smooth action – with the shock removed, the rear end moved up and down freely and no squeaking or play developed, so no complaints there.

As far as parts choice go, there are a few different spec levels available in addition to the option of a frame only custom build, should you choose. Riding the flagship spec clearly will make one more apt to be enamored of a bike, but this review is mainly focused on the frame’s characteristics, which are worthy of a solid 10/10. As for the parts here are some of my findings…The new wheels are excellent – their low profile depth provided a nice feel in terms of absorbing chatter, while they added the lively resilience in the corners that you would expect from a good carbon fiber set. The I9 hubs they roll on were flawless, albeit a touch loud. The XTR drivetrain left me with zero complaints, providing great range and predictable shifting quality, particularly under power. That said, I’m still slightly partial SRAM Eagle’s more crisp feel, but to each their own. Given how capable the bike is, the XTR brakes in the two piston version are a bit under powered (compared to the four piston version) with 180mm rotors front and rear –  a 200mm up front would be more appropriate, especially with big wheels. Some of this is because of  the organic pads in the particular bike that I rode. Ibis informed me that the standard spec will include metallic pads which will boast some more bite. As expected, both suspension bits from Fox performed admirably, although I wonder if a reservoir out back would perform better on long descents and in the gnar, making the shock more in line with the bike’s high capability level. Lastly, every single part (especially the seatpost) checked out rather nicely in the cockpit, which is an area where many brand’s often miss the mark.

In summary, Ripley V4 shares very little with Ripley V3 and that’s a good thing. Ibis is very much on the pulse with this bike, but they haven’t taken things in a direction that’s so aggressive that it would alienate their customer base. It’s perfect trail bike with a broad appeal – I’d own one as a personal bike in a heartbeat. Begging to be pushed past its limits, the Ripley is very much worthy of all of the tired cliches used to describe mountain bikes: playful, stiff, efficient, fun, lively, capable, etc. At the end of the day, there’s nothing to criticize about the frame itself and very little to pick apart regarding the specs. It’s worth having a look at their solid bang-for-the-buck offerings, rather than glossing over this because it’s a test of a flagship bike. As for this particular spec, there were a couple of small things I would change personally, but credit where it’s due – this bike was a straight up blast to ride and I honestly did not want to give it back. I can’t give it enough praise.

[Video] Richie Rude Versus the Locals