Öhlins, arguably the most advanced suspension company in the two-wheel world, has been slowly carving out their niche in the mountain bike world. With only two other large scale players (Fox and RockShox), there’s plenty of room and competition is good; it dampens complacency (no pun) and encourages manufacturer to search for an edge. Ultimately, the consumer wins when brands compete for titles, OEM spec, etc. Recently, the Swedish brand have found themselves under Specialized Gravity for World Cup DH racing as well as Factory Specialized for the Enduro World Series. Aside from Adam Brayton’s career best 4th place at the Fort William World Cup, it’s safe to say that aligning with a factory team is Öhlins’ grand entrance to the highest level of bicycle racing. A few months ago we reached out to them and asked to test their STX-22 Air rear shock. Aimed at the trail/enduro segment, it brings some unique features to the MTB suspension world. 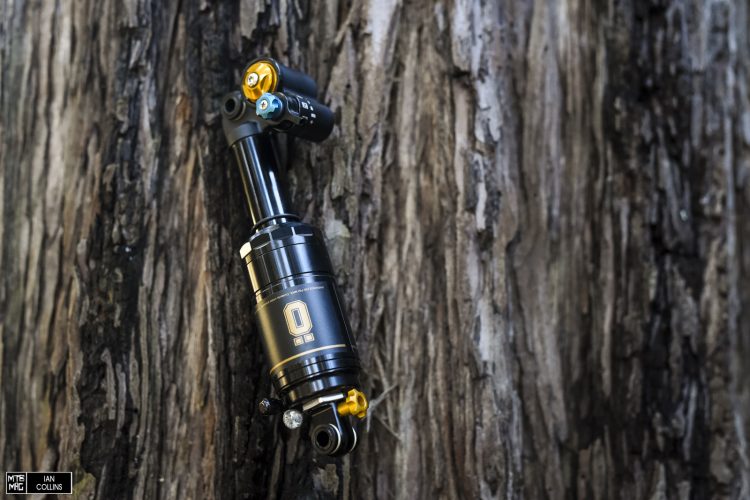 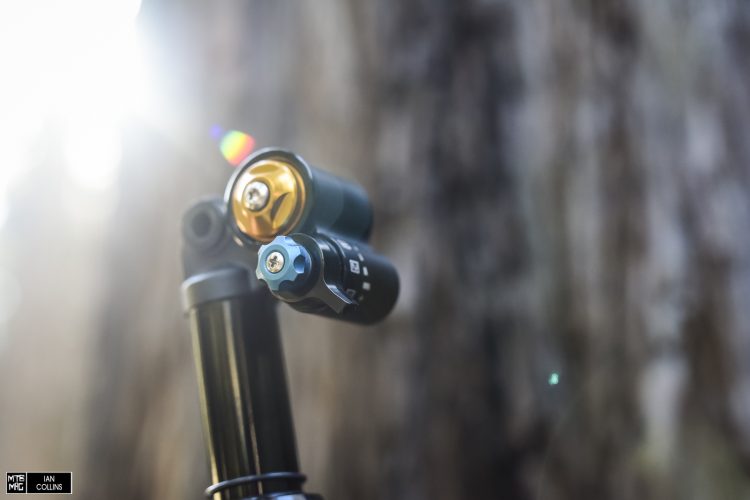 The STX-22 gets its name from the fact that it’s a single tube design, whereas Öhlins’ TTX shocks are twin tube, or recirculating designs. In any case, the STX-22 has been around for some time now as OEM for Specialized but this summer during Crankworx Whistler, Öhlins began making the units available for aftermarket applications when they launched their North American MTB site, and began operating with total autonomy and no strings attached to the Big S.

Not a brand to rest on their laurels, they have already improved the STX-22 with some key updates. A larger air can works better with progressive linkages and is more tunable by way of volume reducers, thus enabling users to tune their spring rate curve from linear to progressive. Depending on frame layout, you may even be able to do this without removing the shock. Öhlins have also added a 15mm eyelet so the STX-22 can work with direct axle frame mount applications such as the Giant Reign.

Our contact at Öhlins was quick to point out that “Anyone that bought the original STX-22 Universal can send it in for a free of charge update to any part of latest version”. In our opinion, that’s a rather noble move on their part. Quick note: units built for Specialized bikes are already optimized for their application so they won’t need any updates.

Our STX-22 came with just one volume reducer installed; we actually liked it that way and never felt the need to change it (but doing so is rather easy). This was surprising as we typically have felt the need to pack our shocks full of reducers in search of a more progressive feel. We tested this unit on our Evil Insurgent, a bike we’ve used as a baseline to test 4 other shocks on. Anyhow, we set it up with our go-to 30% sag and eventually honed in on and arrived at the following settings:

The first thing that we noticed aboard the STX-22 was a feeling of complete control. In a sense, we weren’t really all that aware of the shock; but that’s a good thing as it allowed us to focus on the terrain ahead. Simply put, it never exhibited any surprising behavior and we never felt caught off guard. 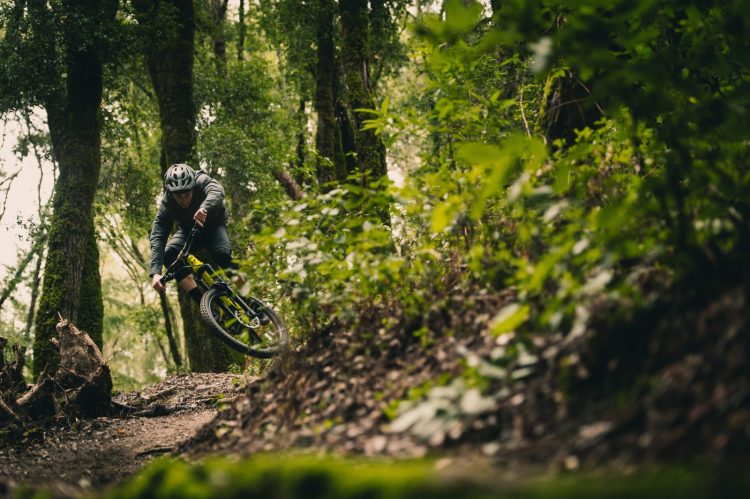 While we don’t have data on the breakaway force for the STX-22, we’re fairly perceptive to such things and it’s freakishly low straight out of the box. Given that, as you can imagine, the traction on offer was as good as it gets…at least in the realm of air shocks; coil shocks are a different story altogether.

In terms of functionality, the 3 positions for the high speed compression adjuster is slightly unconventional. It doesn’t really feel like the standard full open, trail mode or full lock that many of the other shocks on the market utilize. Rather, you feel incremental increases in high speed compression between the first and second click, then with the lever at the third click it feels about like a Fox Float X or a RockShox Monarch Plus Debonair would in its “trail” position.  We had no qualms with that. Having a broad range within 8 clicks of low speed compression is far more useful the a rock hard lockout on trail/enduro bikes anyway. No other brands really offer that on lighter duty dampers and it provides you with the option to hydraulically control how the bikes sits up in the travel and resists dive without having to fully rely on the pneumatic side by way of volume reducers. A big advantage in our eyes. 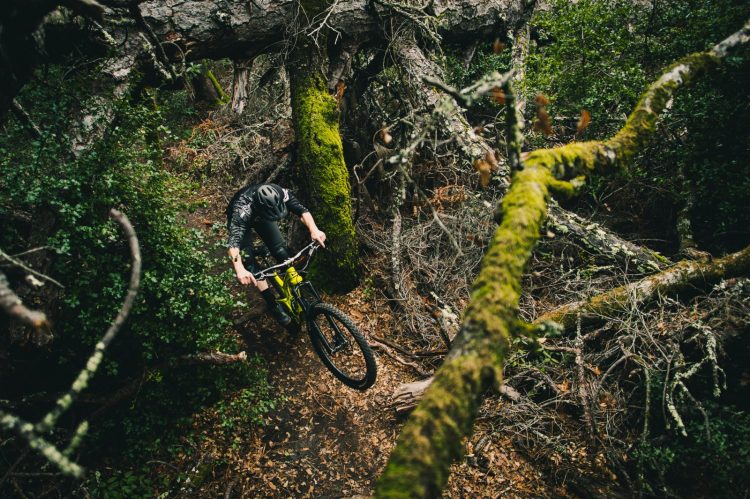 On long descents and during repeated mid size chatter, the STX-22 never heated up or got squirrelly. Under the huge compressions the rebound kept us well in control, even when running it fast enough so that it didn’t pack up on the small to mid sized hits.  The finish on the STX-22 is absolute top notch; its controls are easy to use, even with wet hands and unsurprisingly reminiscent of high end moto suspension with nicely damped (read: well sealed) but clear detents.  The seals are of the highest quality and built to last. Once again touching on the one piece body/bridge/reservoir, this shock is a work of art both on and off the trails.

Most consumers who are considering Öhlins are either looking at purchasing a Specialized, or they’re considering one for an aftermarket application. Within those possibilities, many are likely also looking at the coil sprung TTX-22 M. There is about a full pound in weight between the two units and at the moment we’re testing one on our DH bike. It’s a bit of an apples to oranges of a comparison, but so far the performance has been stellar on the TTX as well.  Digging deep, we can point out two small flaws: you need a massive 47mm spanner wrench to crack open the air can, and the 3rd position on the high speed compression isn’t a full lockout…However, those are small matters in the grand scheme of things… 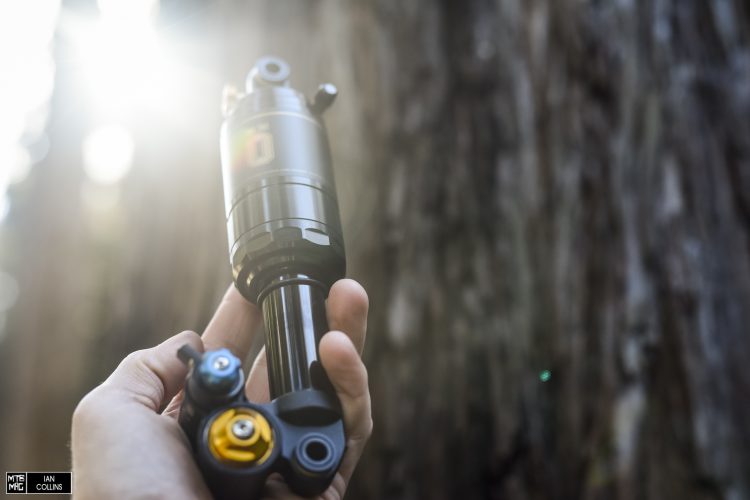 So where does the STX-22 stack up? In the realm of mid-duty rear shocks it’s easily one of the best. The only other shock which we’ve ridden that’s on par is the RockShox Super Deluxe, which is only available in the new “metric” sized applications. If you’re looking for a substantial upgrade from a stock damper that you’re less than impressed with, but don’t want the added weight of a coil, this is quite likely the best aftermarket upgrade on the market.