Originally presented in September 2020 , the Onza Porcupine found a place on my Pivot Switchblade in its most downhill version, which is why I had to wait for the snow to melt on my home trails of Monte Tamaro for the verdict of this review. The reason for this choice is simple: they are very aggressive tires, not only in the design of their knobs but also in the weight. 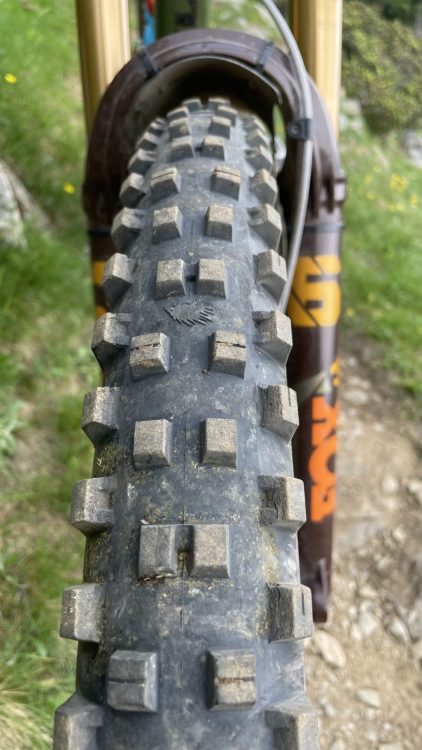 The tires are only available in the 29-inch size, with the brownish skinwall you see in the photos, and a very soft compound as well as a robust casing, the new GRC. The only available width is 2.50″. 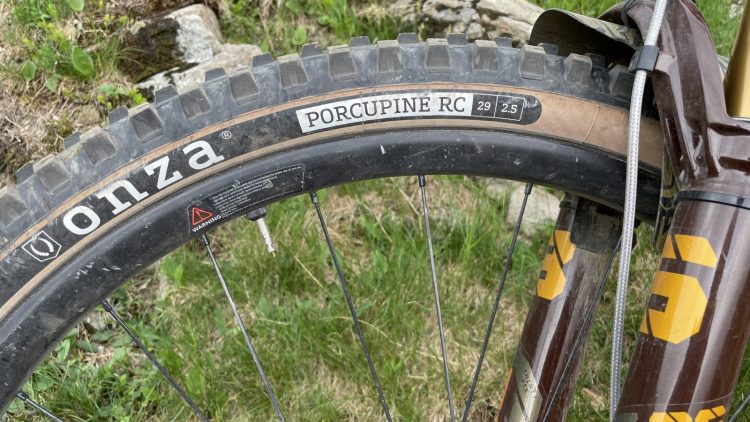 The new GRC casing, which is very rugged, is laid out as follows: 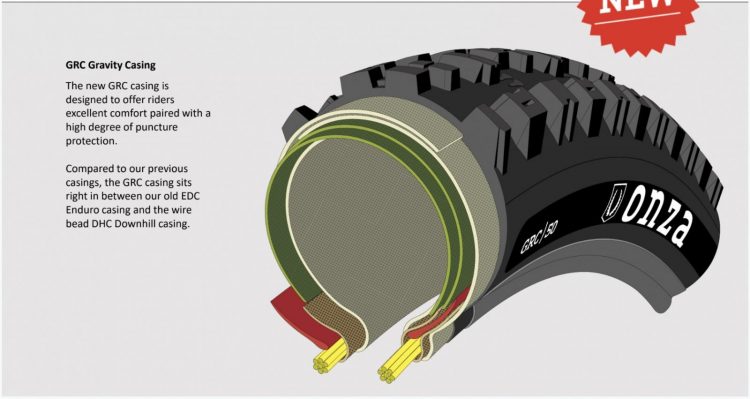 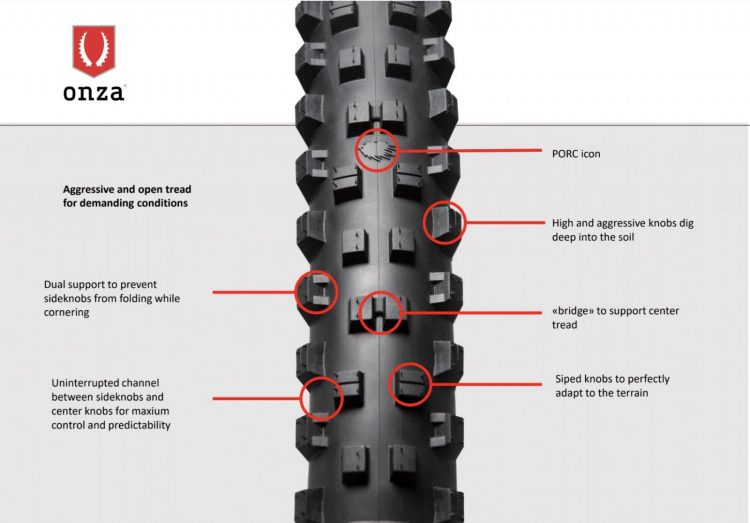 As you can imagine, this is a tire that feels good on soft and wet terrain, as Onza themselves indicated.

Onza sent me two Porcupine RC tires, but I only mounted one on the front. The reason? The extremely high rolling resistance, partly due to the wide spacing and in part due to the soft compound, does not make it an ideal rear tire. On asphalt you can clearly hear the knobs grinding along. In addition to the pedaling fatigue it would entail, such a rear tire wouldn’t last long, and that would be a shame because off-road, and on the terrain where I usually ride, the Porcupine RC is excellent. 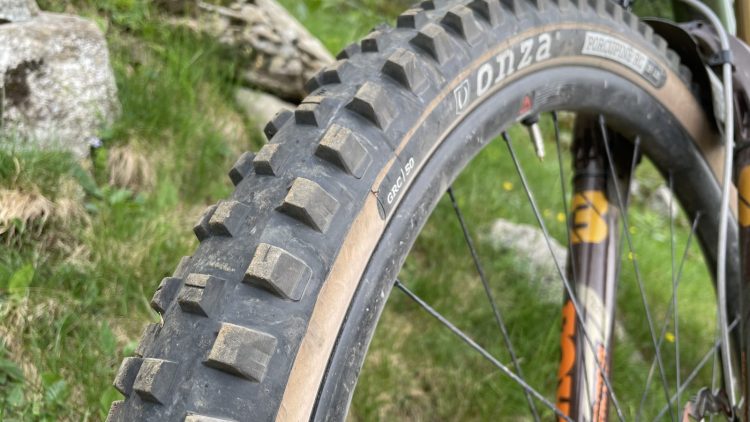 We take trails like that of Monte Tamaro, where rocks and loose terrain are certainly not lacking. The confidence of the Porcupine is phenomenal, because it manages to have grip in corners and under braking without batting an eye, even in wet conditions.

The robust casing allowed me to keep pressures around 1.1 bar (I repeat, at the front), and I found the right balance between steering precision and cornering grip, in the sense that it did not fold and there was no drift effect. In the 2.5″ width, with ETRTO 63-622, it is perfect for an enduro tire where handling is critical, but can become hampered if the front is too wide.

The Porcupine does not like packed and hard trails. Here again the problem of very tall and widely spaced knobs that keep the tire too far from the ground, because the tread is unable to give sufficient grip and lacks sufficient surface area. To give you some examples of where I was not happy: passages on rock slabs or braking on asphalt during transfers. It certainly wasn’t a surprise.

What is negative on the one hand, becomes a positive in wet and muddy conditions, because the distance and shape of the knobs allow the Porcupine to clean up quickly and therefore find traction on the ground, also thanks to the massive, well reinforced corner knobs. For cornering grip, did I already mention that grip on the loose is phenomenal? I think so…

The Onza Porcupine are downhill oriented tires that offer great grip on loose and wet terrain. The robust casing allows it to run at low pressures without having a wallowing effect. Rolling resistance is high and hard and compact surfaces are not where they shine.

Onza Updates the Aquila for Enduro and DH