Race Face has two dropper seatposts in their range: the Turbine, mechanically operated, and the Turbine R, with hydraulic operation. The first one is based uses the brake that the 9point8 brand uses, while the second one is identical to the Fox Transfer, apart from some details we’ll go over shortly. This test focuses on the Turbine R and is the result of several months of testing, having been mounted on the Yeti SB 5.5 that I rode a great deal so far in 2018. 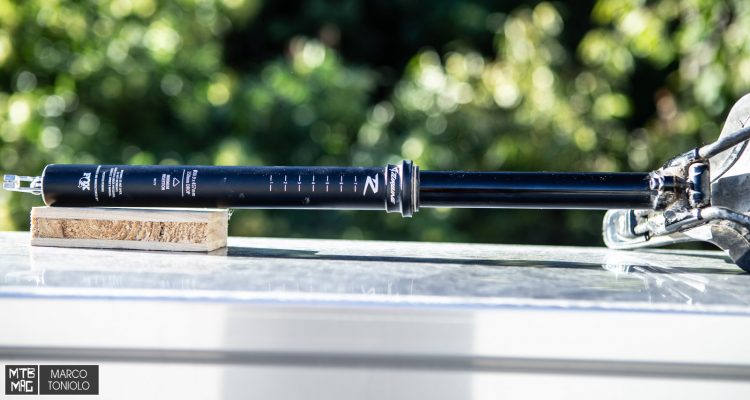 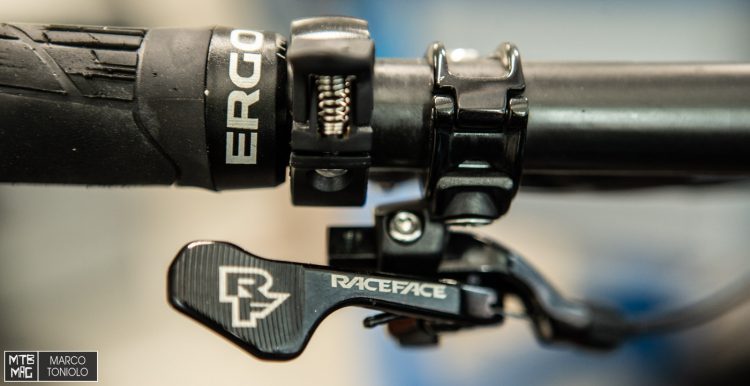 Race Face was acquired by Fox a few years ago, so it is not surprising that this dropper seat post is completely based on Fox Transfer, which at the time of our test was one of the best on the market. One of the things that can be improved on Fox is the remote control, whose lever is rather small and hard to operate, precisely because of its size. The Turbine R solves the problem with a remote that is entirely reminiscent of a shift lever, plus a generous, thumb-support. The icing on the cake? You can fix it to a Matchmaker, thus saving a collar and cleaning up your handlebar area.

The assembly is very simple: add the fitting in the package to the classic steel shifter cable, and insert it into the activator, located on the bottom of the seat post. You pass the cable through the sheath, fasten it to the remote control by means of a Torx screw, cut the cable and put on it a small cable end. Fine tuning is done via the barrel adjuster on the remote control itself, and then the job is done. It’s one of the easiest posts to install.

A completely black seatpost is easy to combine with any frame, and in fact meshed quite nicely on our Yeti SB 5.5. Beyond the aesthetics however, the Turbine R shines for its operation: it is very smooth and at the same time, when the lever is compressed, it has just enough necessary resistance so as not to have a feeling of emptiness that would cause it to drop too quickly. The same is true for the speed of extension: the noise made when it extends completely is rather distinct, but we are not faced with one of those seatposts that are likely to hurt the family jewels. One of the best parts about the Turbine R is that with careful lever modulation, you can control the speed of compression and extension.

We did the “missile launch” test, you can see it in the video above. Speaking of noise: the dry “Tack” that you hear in the video is quite handy, because you know on the fly that the position is the highest, and ready for climbing.

The lever is top notch, one of the best that I have tried, both for its ergonomics and for the minimal strength that must be applied to operate the Turbine R. Moreover, its position does not require any adaptation period to remember what you must do to use the post. The play of the fully extended saddle is minimal and you will notice it only if you try to turn the saddle with your hand, but not when you ride.

In the 3 month duration of testing that I used the Turbine R, even with mud and wet, it has not developed any play. Of course, it would be a more indicative test after about a year, but here I can refer to my experience with Fox Transfer, which has never needed maintenance despite prolonged use. The hydraulics are identical, so I do not see why the Turbine R should behave any differently. 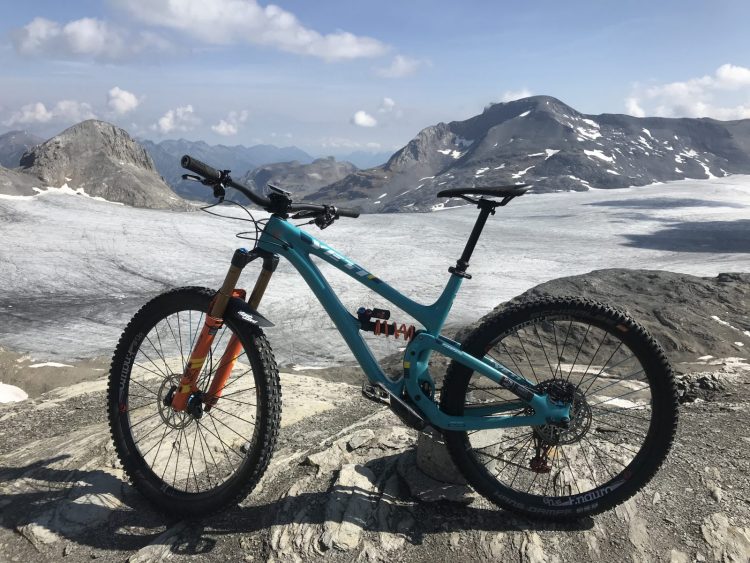 The Race Face Turbine R (not to be confused with the Turbine without an R) is an excellent dropper seatpost: easy to assemble, very smooth and with a really ergonomic lever. It gave me no problems during the months of testing and I would recommend it without any hesitation. 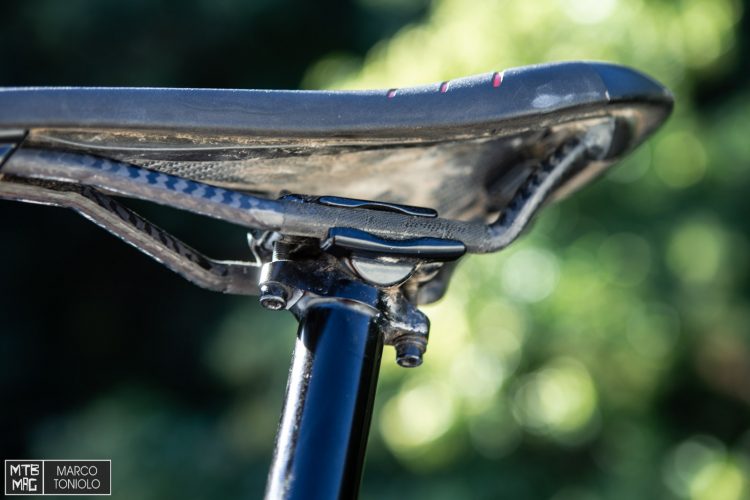