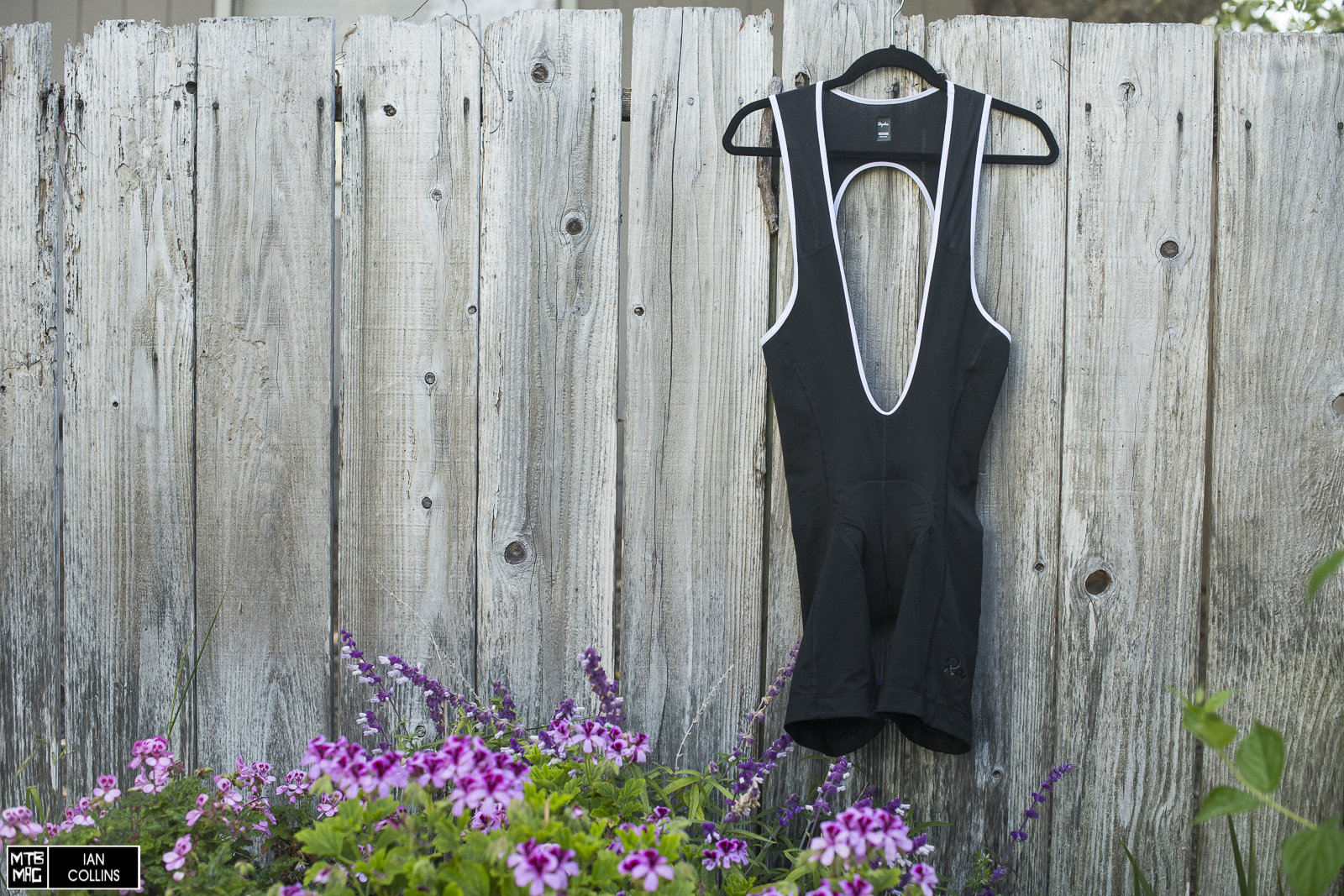 Rapha isn’t exactly synonymous with mountain biking – at least in my mind anyway – so when their rep reached out to see if we were interested in testing some apparel, I initially hesitated. Admittedly curious about the brand, when the topic of bibs arose, I thought why not test some? After all, a great deal of us ride with bibs under baggy shorts anyway…So for the last few months I’ve been riding Rapha’s staple “Classic II” bibs, now in their second iteration. Read on to see how they’ve worked out. 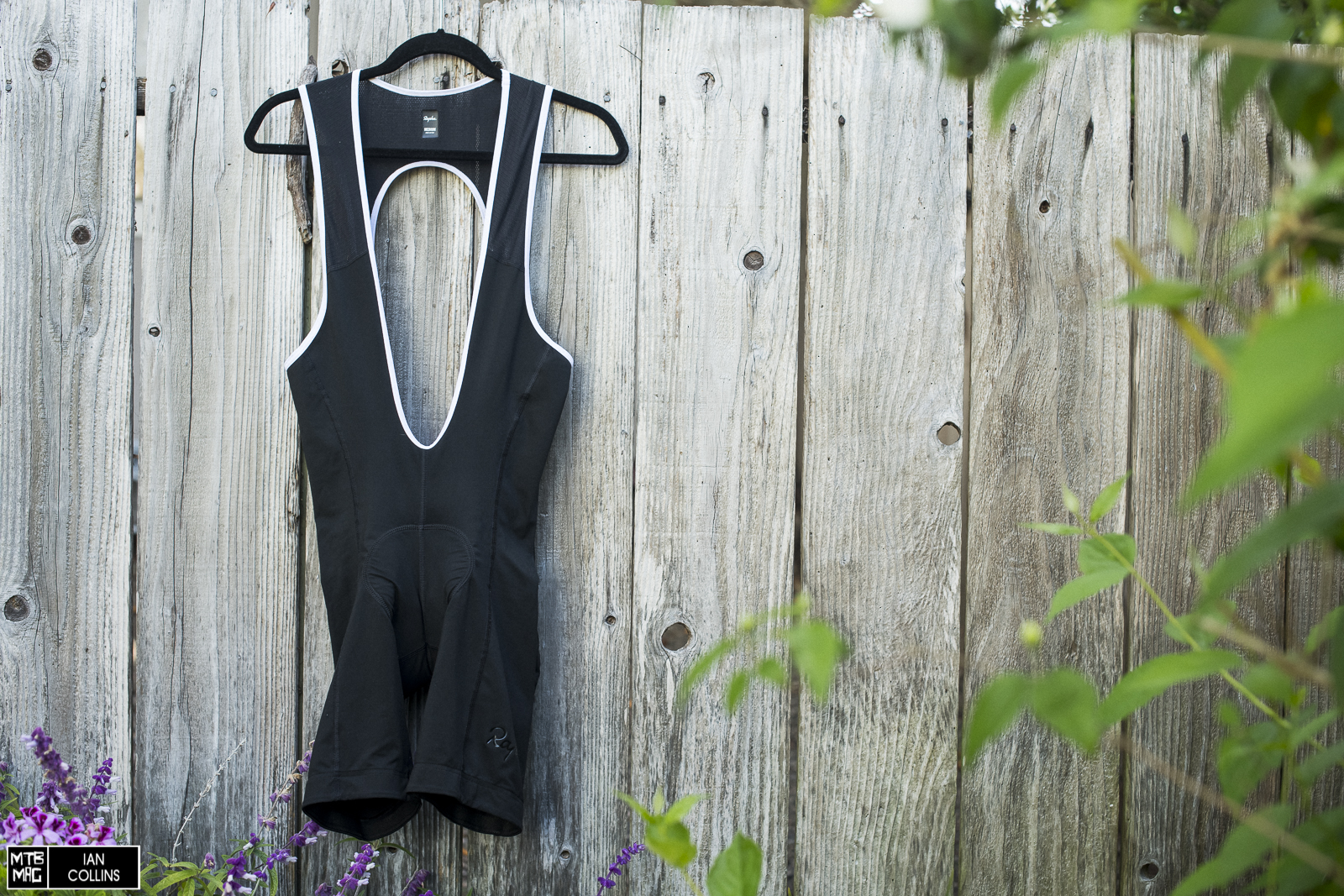 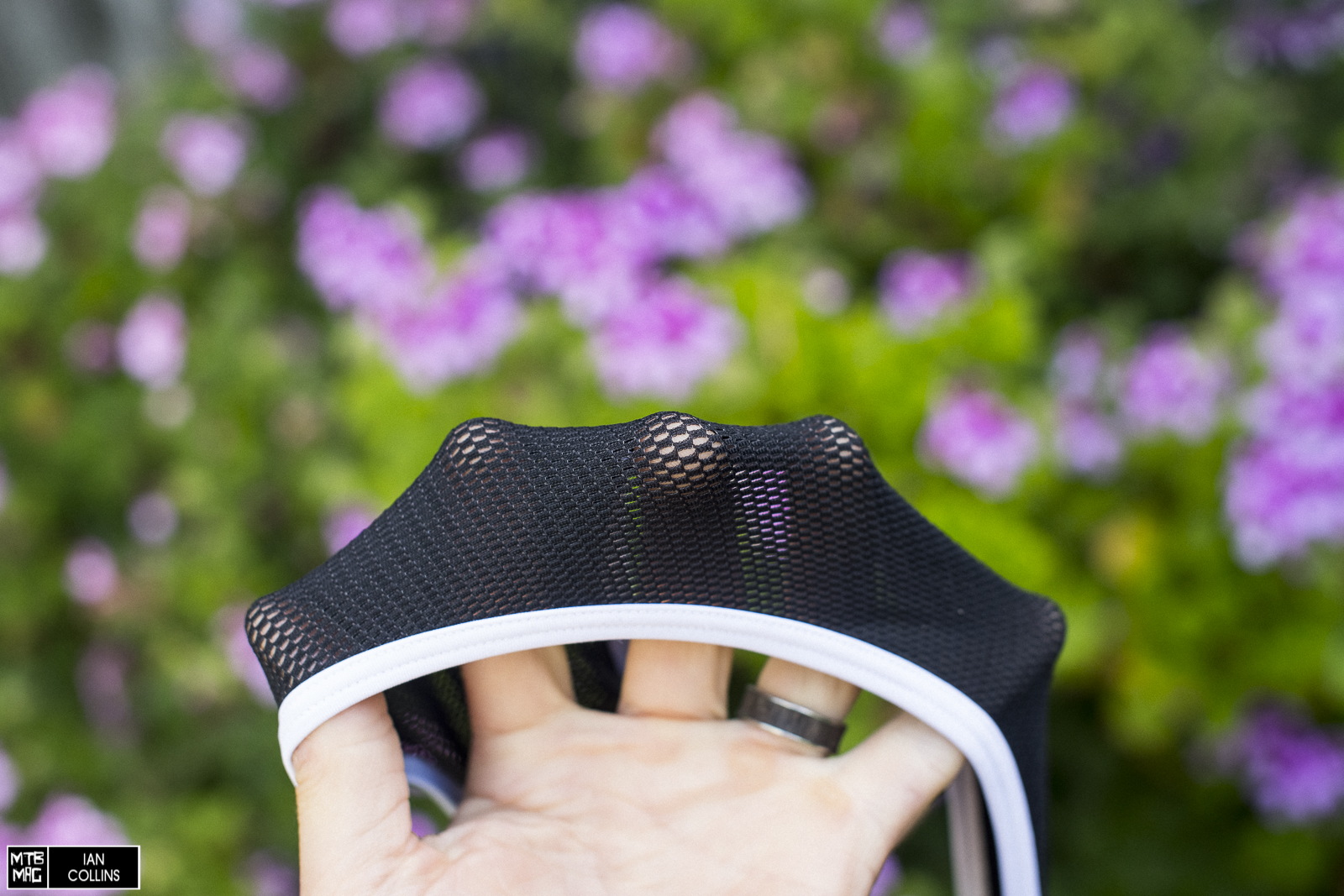 Starting from the top down, the straps and area between the shoulder blades are made from soft, ultra stretchy mesh. The piping is super comfortable, doesn’t chafe and is nearly equally stretchy. 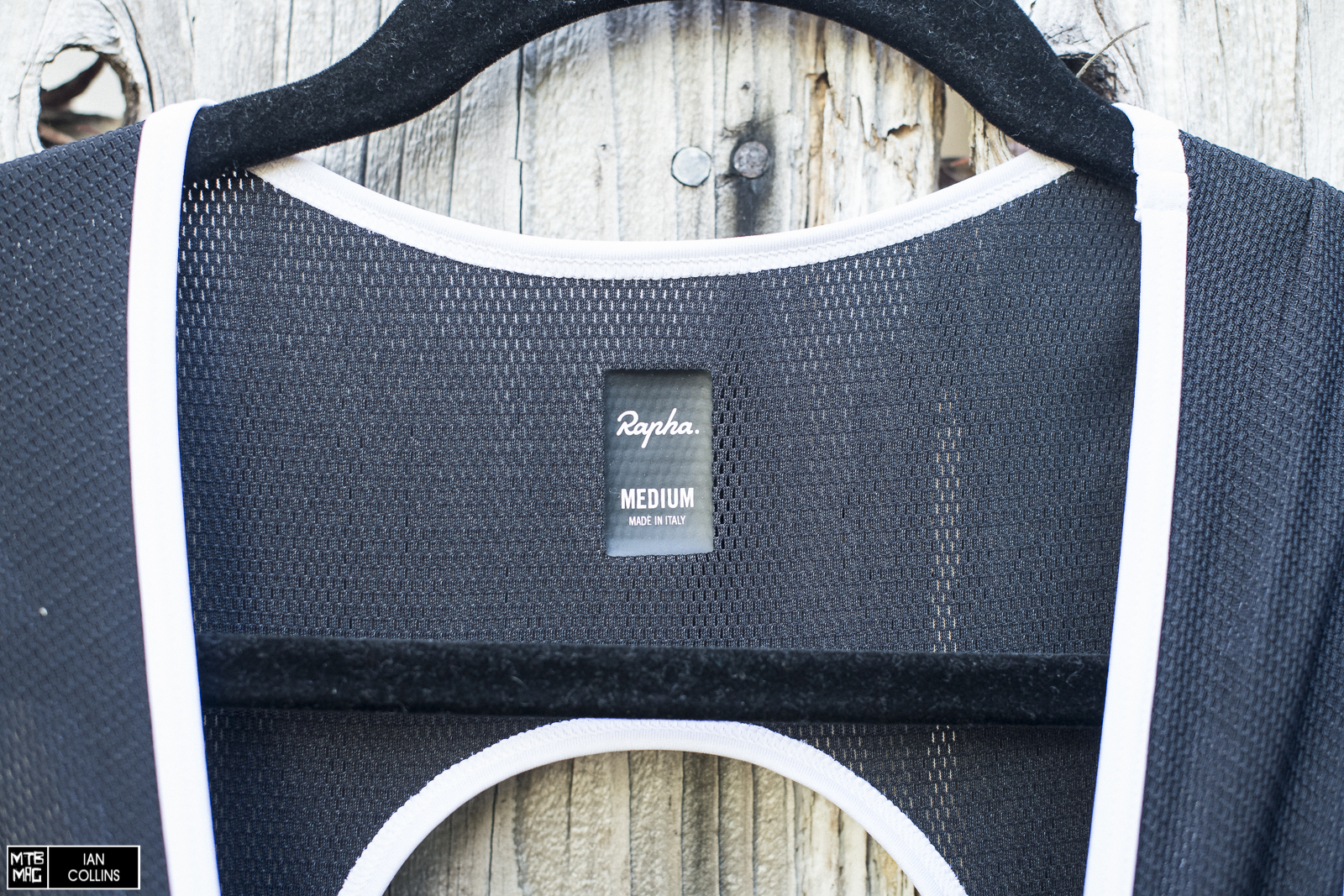 The Classic II is made in Italy and you can feel the quality from the get to. It’s a top notch garment with flawless attention to detail and carefully chosen materials. At 6′ tall and 180 pounds, the size medium fit me just right. 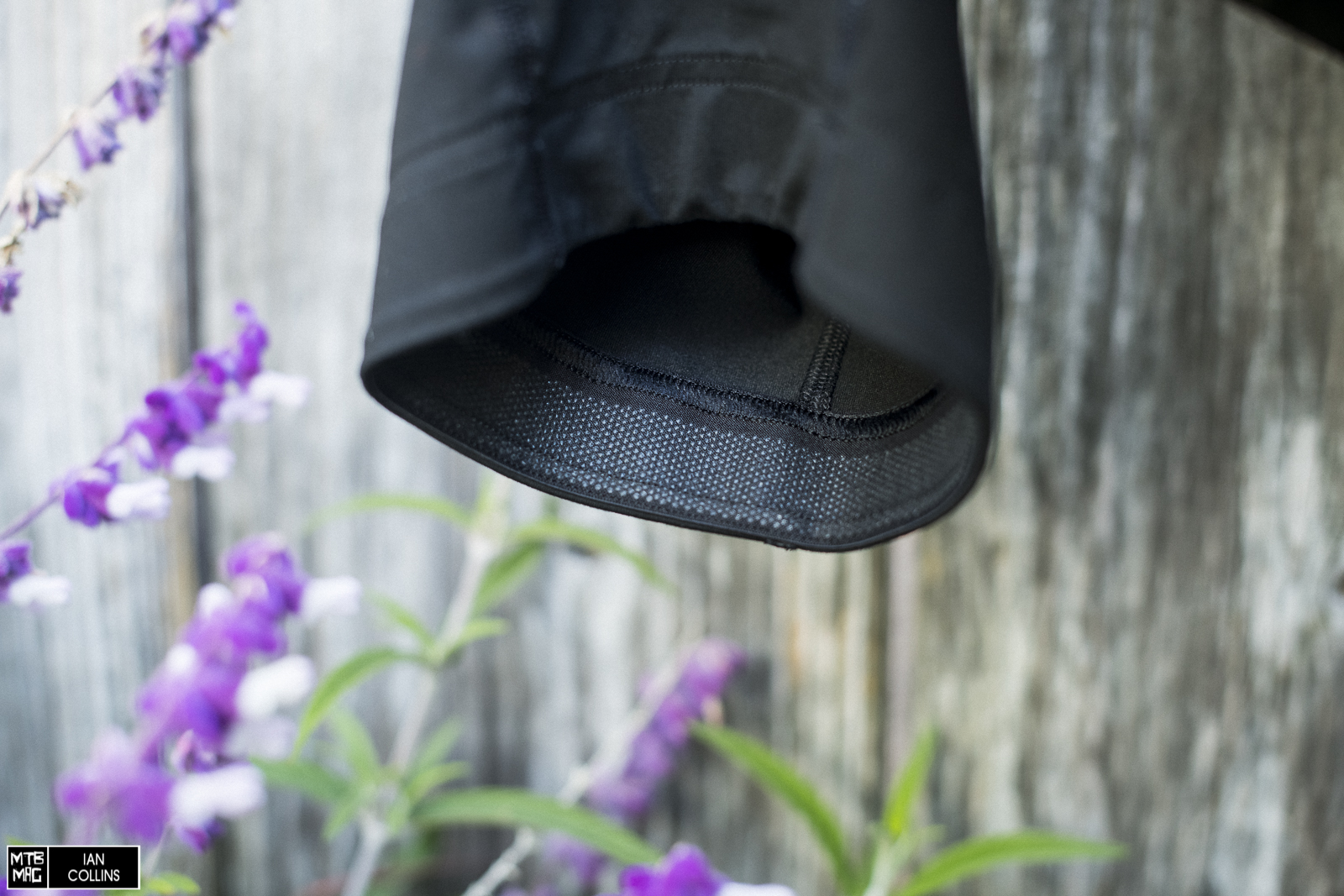 For as simple as they seemingly are, leg grippers can go one way or another in terms of comfort. The gripper material doesn’t chafe or slip, and the cuff is just right in terms of tension and thickness. 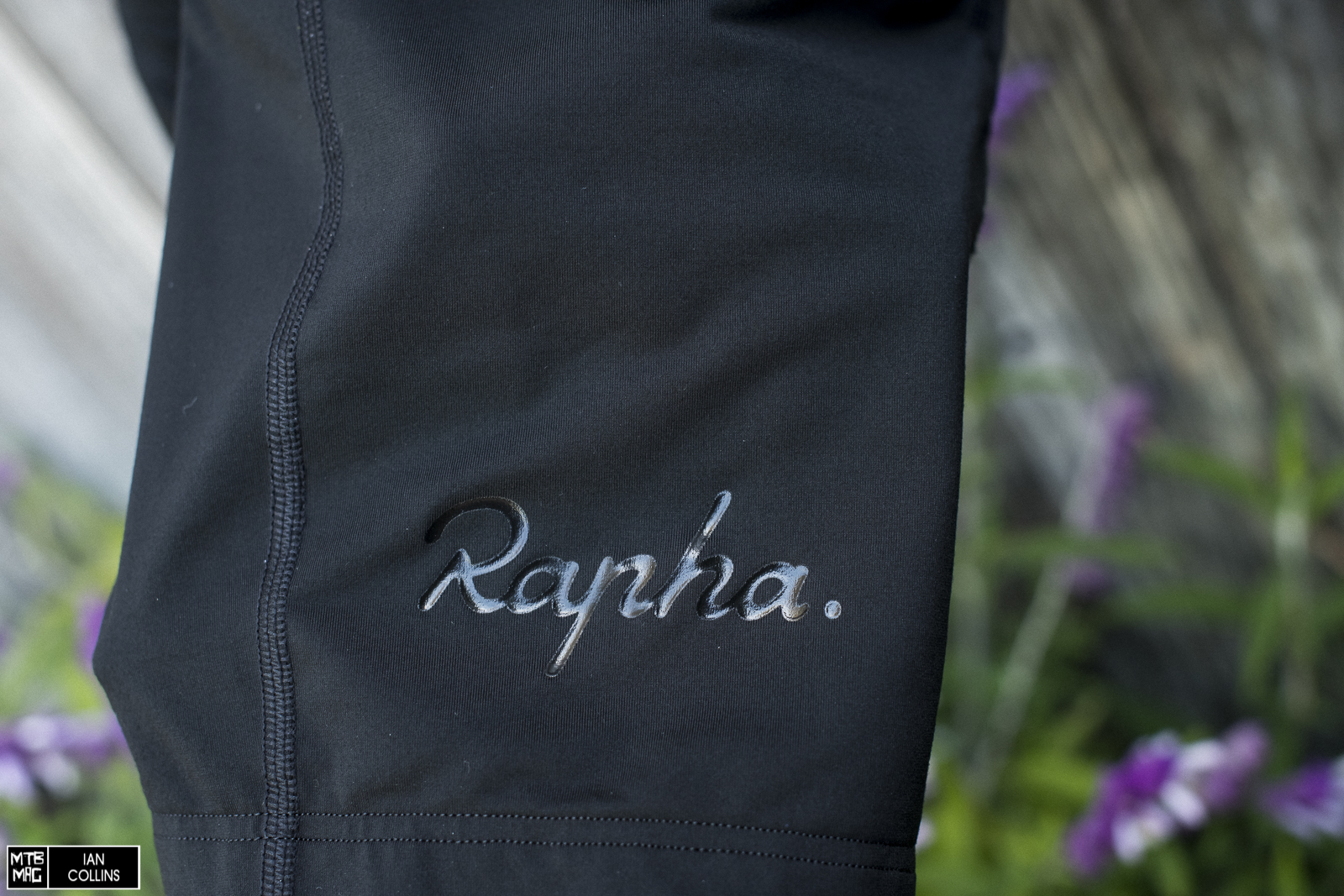 If you’re a mountain biker who’s even considering these bibs, chances are, you’re wearing baggy shorts over the one nice, subtle logo shown above…It’s worth noting that this is the only visible sign of branding. 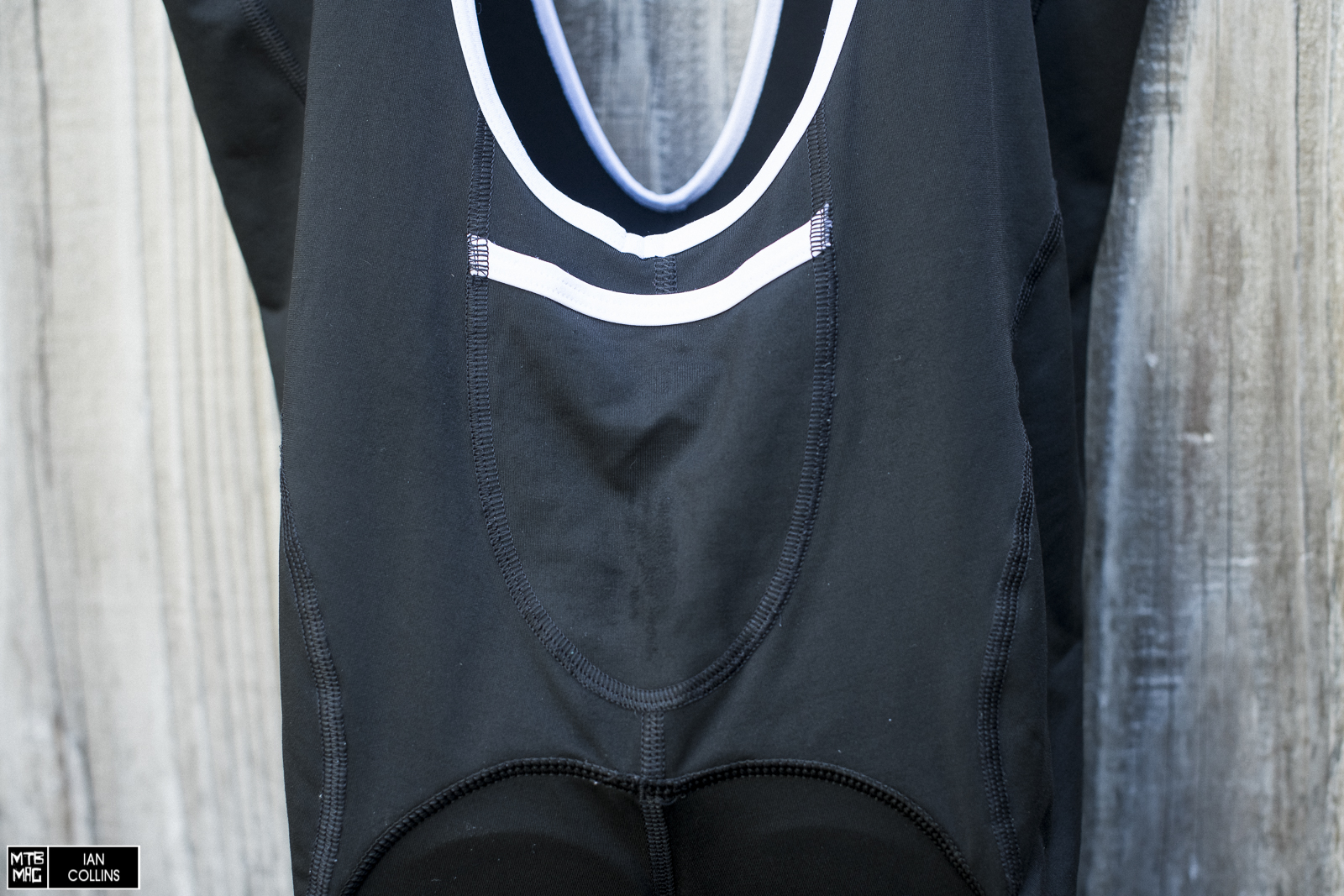 The Classic II isn’t a full on cargo bib like the Specialized SWAT, but it does have one single pocket that sits right around the sacrum. Rapha calls it a key pocket, and although I would entrust it to a lots of things that I carry on my rides, keys are about the only thing I would not put in there. At least on a mountain bike ride. A Clif bar however…

Out of the gate, the plush, soft fabric is a like a second skin. A great deal of short liners and low to mid level MTB bibs are made from cheap materials and you typically feel it right away, as well as a couple hours into a ride. The Classic II offer a modest amount of compression, but retain a great deal of flexibility, so they just disappear under your kit without inhibiting movement on the bike. One of the best attributes is that shoulder straps make themselves very scarce – something I find rare with MTB bibs. 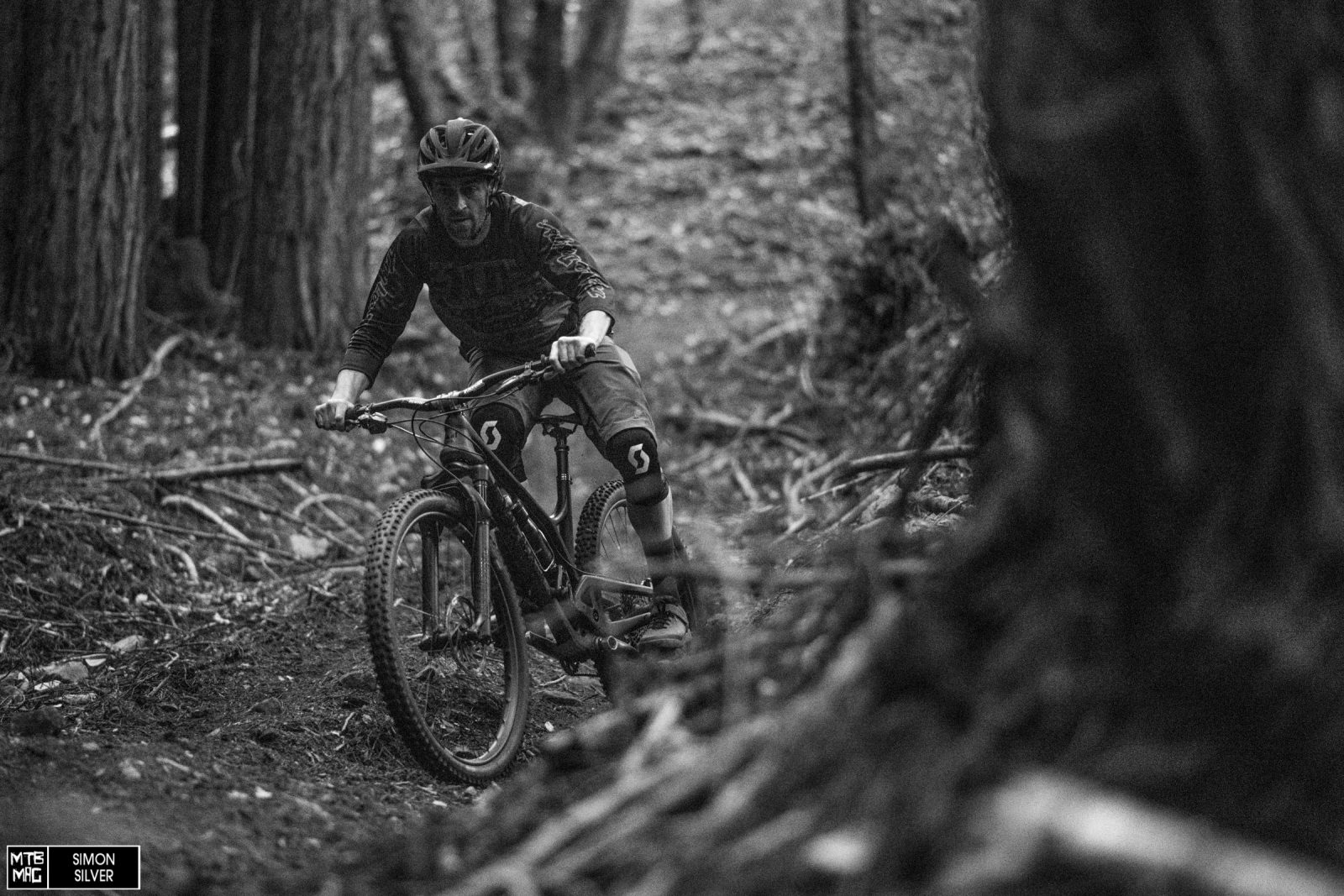 I can’t exactly morph body sizes and try different bibs to gauge the proportionality of the six sizes on offer, but it’s safe to say that size specific chamois is a brilliant idea, to avoid bunching on one end of the size spectrum and a lack of sufficient padding on the other. Speaking of chamois – the padding on offer in the Classic II is certainly an upgrade from anything I’ve tried in the MTB arena. I was quite fond of a pair of Giant bibs made by Exteondo a couple years back, but the Raphas do nudge them out. For me, the shape, layout and density of the chamois is just right. They seemed a bit bulky at first glance, but that wasn’t the case once I started actually riding the bike. After a few months of consistent riding, my only minor gripe with the bibs was that since the back is cut super low, so it didn’t do much in terms of preventing dirt and loam from going where the sun doesn’t shine. On the flipside, there is less material to get hot and swampy, so there’s that..

In terms of value, some might grumble about the price. At $235, the Classic II isn’t exactly cheap, but if you’ve ever worn high end bibs and gone back to cheap ones, you know good ones are worth spending money on. That said, it’s worth pointing out that Rapha offers a 30 day satisfaction guarantee and free repairs in the event of a crash. All in all, I don’t see any major reason why mountain bikers shouldn’t consider high end road bike offerings when it comes to shopping for bibs. That just might be where it’s at…