For 2021, Schwalbe has made rather noteworthy changes to their mountain bike tire lineup. On first glance, aside from the re-introduction of the Big Betty tire, it’s not all that easy to notice any major differences. This is largely due to the fact that the improvement is largely the addition of a new casing – not new rubber, which was updated a couple of years ago. Also, with no clearly revamped tread pattern or new colored stripes there are no visual alarm bells going off. The main story is the addition of the “Super Trail” casing, which is substantially beefed up compared to the “Snakeskin” casing of old. To sort things out, the Evolution nomenclature is what defines Schwalbe’s foldable high performance tires from Trail through DH. The longer wearing rubber and wire bead options fall under the “Performance” line. Suffice to say, I don’t envy anyone at any tire company tasked with trying to keep a streamlined catalog of tires across multiple wheel sizes, casings, compounds, tread patterns and more. Anyhow, after riding the classic Magic Mary, Big Betty and Nobby Nic in various casings, widths and compounds over the past several months, here are my findings… 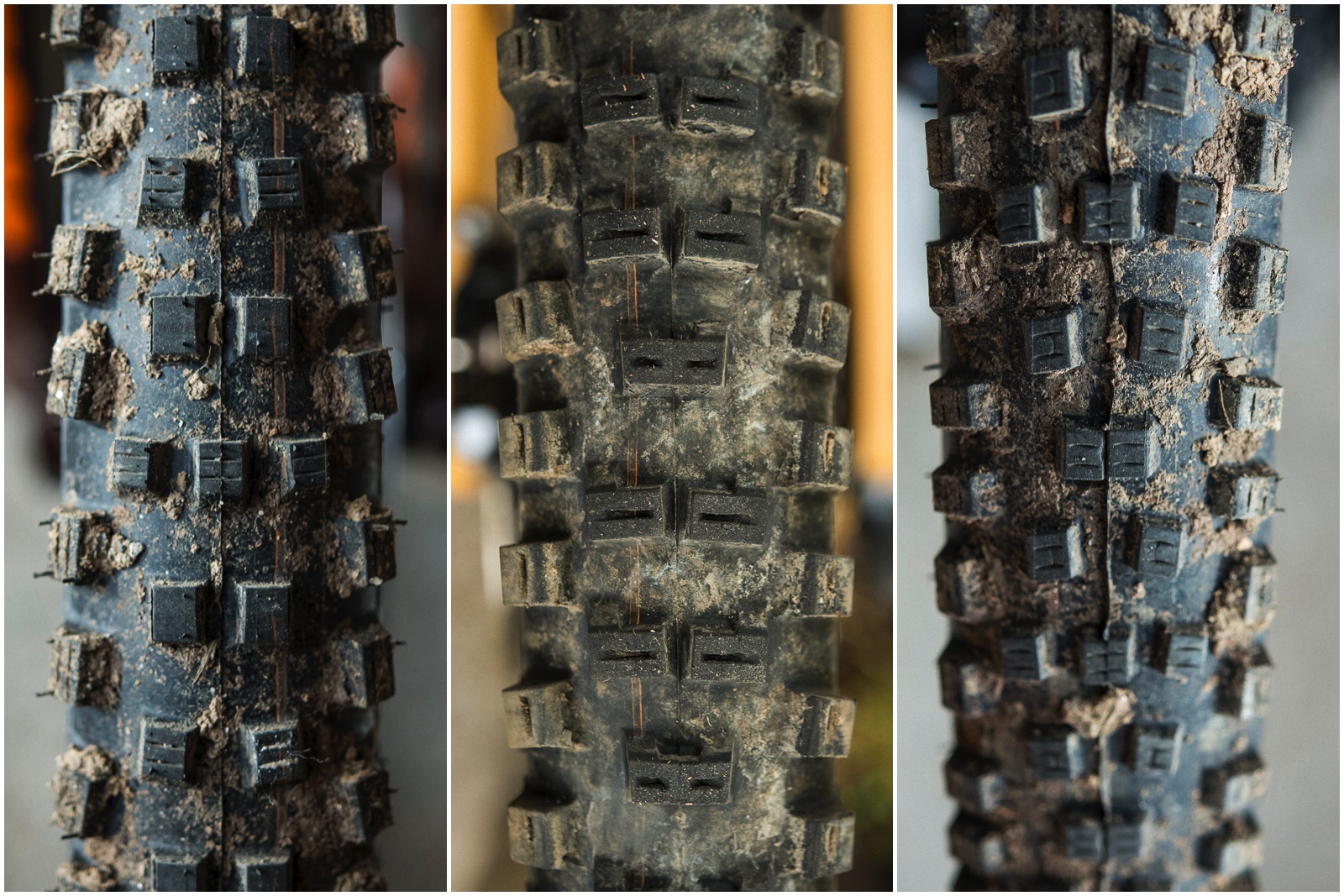 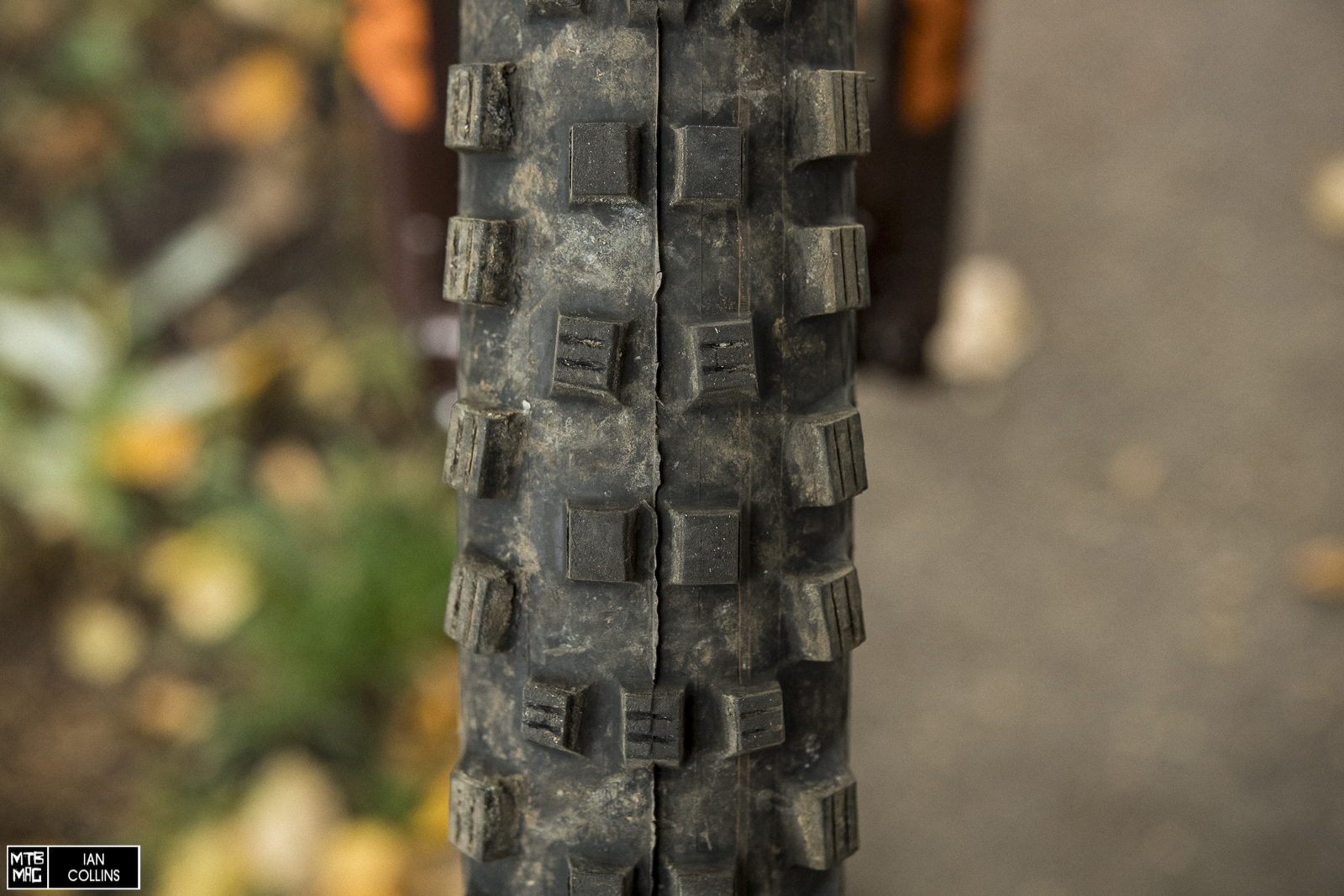 The Magic Mary has become an all time classic and to be honest it’s basically my favorite tire of all time due to its mind boggling performance in a wide range of conditions. I’ve never ridden another tire that impresses so much in such a wide range of conditions. Deep, loose loam simply dealt with just as well as hardpack or rocky terrain. Schwalbe appropriately dubs this their ideal all rounder for Enduro and Downhill. I think the tire also works nicely with its lighter duty casing in a 2.4″ width for trail and all mountain duties as well. By the way, I don’t believe that it gained in width, when it went from 2.35″ to 2.4″ for 2021. I tested that as well as the 2.6″ version, but keep in mind it is also available as a 2.8″. 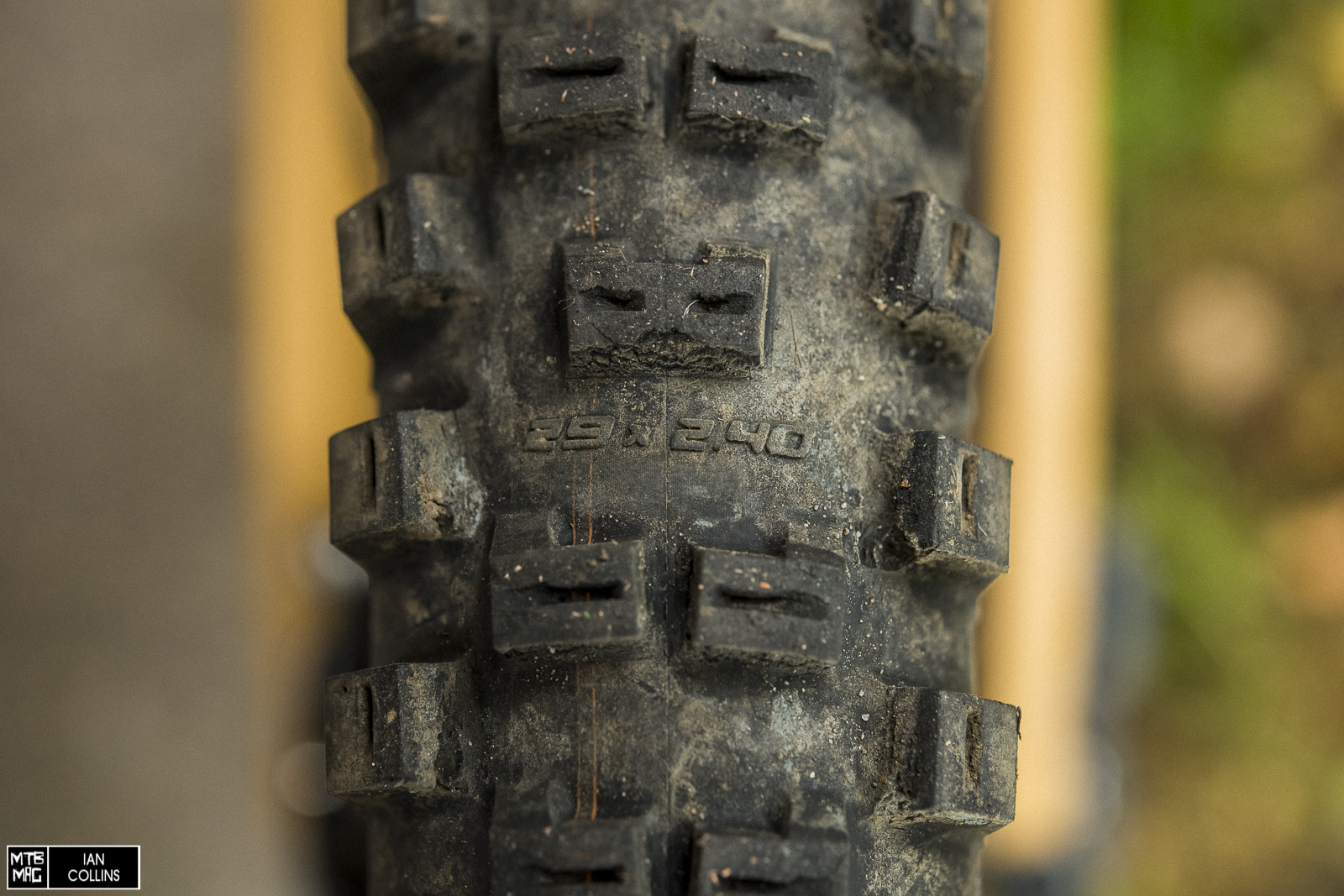 After a few year hiatus Big Betty is back with a similar outline. Schwalbe also considers this an Enduro/DH all rounder with a nod toward being used as a rear tire. It’s available in 2.4″, 2.6″ and 2.8″ but I just tested it in the Super Gravity casing in the 2.4″ width. 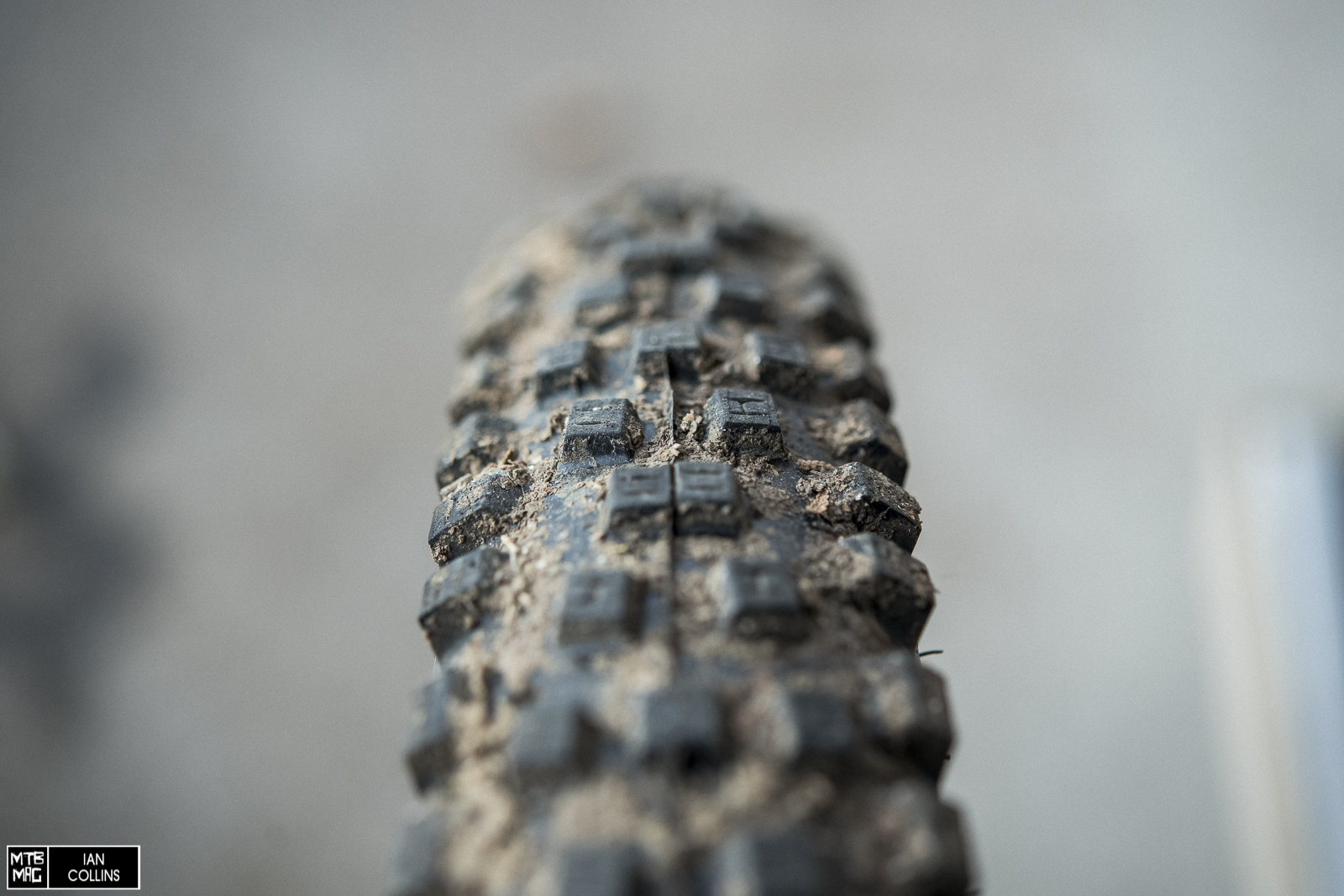 Of the three tires being discussed here today, the Nobby Nic is the only one which has received an update to the tread pattern and in my opinion it was due. This is Schwalbe’s trail/all mountain all rounder and it’s very fitting for those categories under a wide range of conditions. The Nobby Nic is available in 2.25″, 2.35″, 2.6″ and 2.8″ (27.5″ only). I tested it solely in the 2.35″ width. 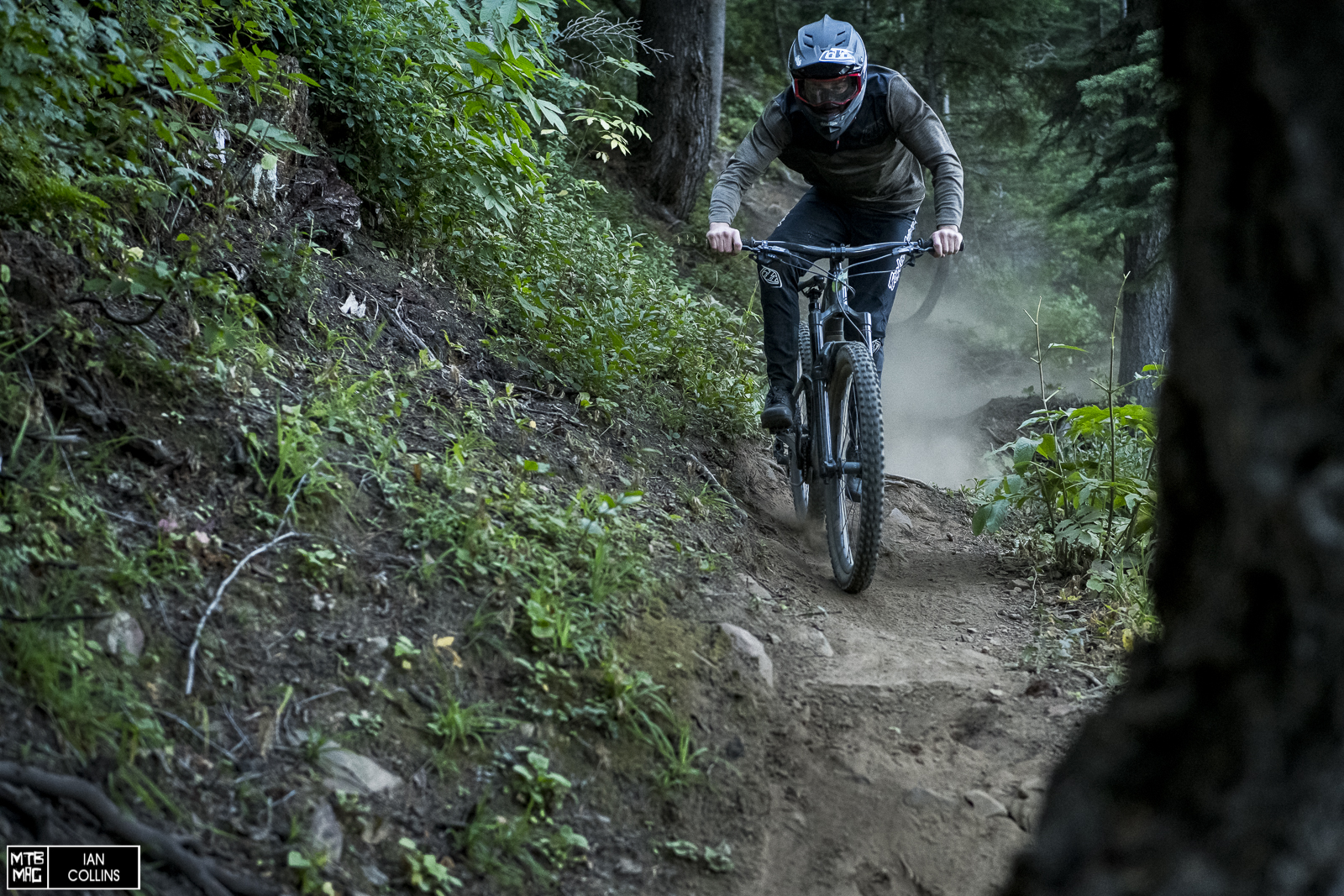 All of these tread patterns were ridden in a wide array of conditions both as pairs and as combinations across 3 different bikes ranging from trail to enduro to DH and even my e-bike. I mainly tested the “Soft” and “Speedgrip” compounds with the new Super Trail casing as well as the beefier Super Gravity casing. These saw everything from 7,000 foot human powered romps to bike park laps and e-bike missions. Conditions varied, including hardpack, loose rock, loam, mud and even snow. 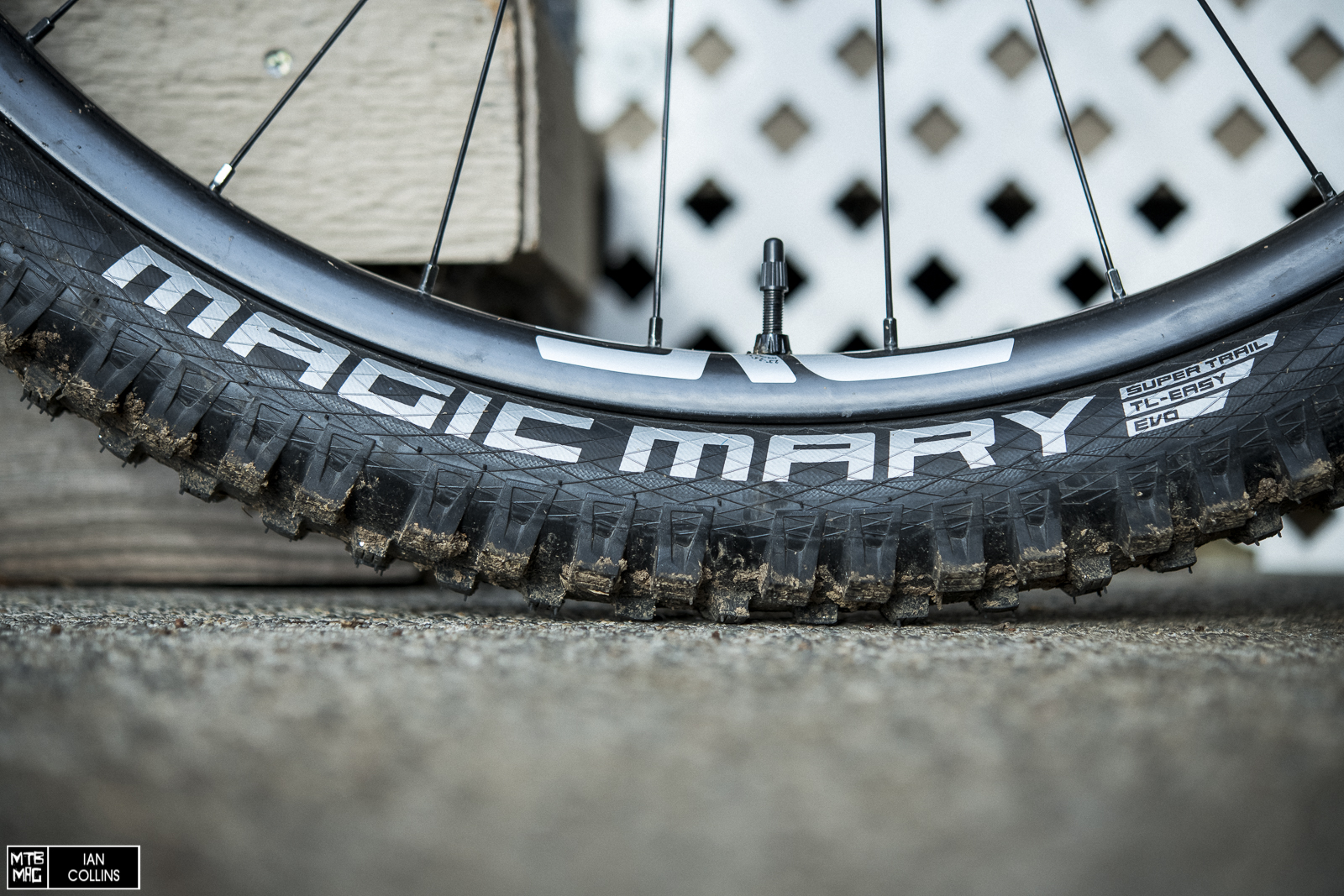 We’ll start out by chatting a bit about the new Super trail casing and you can apply what you read here to the other tread patterns. The Magic Mary feels like home and is my go to tire on most of my bikes. With that in mind, there was a bit of a large gap in the support from the old casings – Snake Skin and Super Gravity. A 29″ X 2.35″ Snakeskin Magic Mary weighed in around the 850-900 gram mark where the new 29″ X 2.4″ Super Trail Magic Mary came in at 1270 grams, so it has been beefed up substantially. On the Snakeskins of old I did suffer a couple of flat tires, but I have yet to flat on the new thicker casings. For most intents and purposes I had no issues running the Super Trail front and rear although on more jagged terrain I often swapped to the Super Gravity out back or both front and rear.

The knob pattern of the Magic Mary looks rather spiky and it seems like it would roll a bit on the slow side, but it cruises along surprisingly well on the climbs. Taking a good look at it you would expect it to work well in wet and loose conditions but might expect it to be a little squirmy on hardpack terrain due to its rather tall knobs. This is simply not the case as it lends plenty of support. The knobs do a great job of clearing mud and still work admirably on wet roots, slick rocks and off camber sections. I generally enjoyed running a 2.6″ up front and a 2.4″ out back for riding tilting toward heavy duty gnar. Personally, I’m not one to go with a higher volume tire out back although I did enjoy the 2.6″ in the rear on my e-bike to better manage the extra chassis weight. The Super Gravity casings are tough as nails and I’ve also not flatted once with them. Although Schwalbe doesn’t rate it as a DH tire, I’ve had no issues with it on my DH bike and at the very least it’s a great choice for Enduro racing and bike park riding. Lastly, it’s really impressive in the snow! This was my first time riding the Big Betty. My gut feeling judging by looks was that it would be ideal in conditions that tilt more toward hardpack and in my findings those instincts were validated. It’s a great rear tire in the bike park with a Magic Mary up front and works well up front provided conditions aren’t too loose or too wet. Every other set of center knobs run a little close to the side knobs, so in dustier and loamier conditions it had a tendency to feel a bit more vague than the Magic Mary as you started to lean into it. With that in mind it was excellent on firm terrain where it rolled fast and had solid cornering support with no squirm whatsoever.

One downside I noticed was that it wore rather quickly despite being composed of the same compound that I mainly rode the other tires in. In fairness, I mostly rode the Big Betty at Silver Mountain in Kellog, Idaho. The terrain is characterized by packed dirt with loose rocks that are just partially embedded into the dirt so that does have a tendency to tear up any tires. The side knobs and braking surface on the center knobs got chewed up pretty quickly in those conditions. However, on trail rides at another location with firmly packed dirt the tires degraded at a much slower rate. All in all, in the right conditions the tire rolled fast, slowed down nicely and held up well in the turns. With that in mind, I don’t think it’s quite the all round all star that the Magic Mary is. 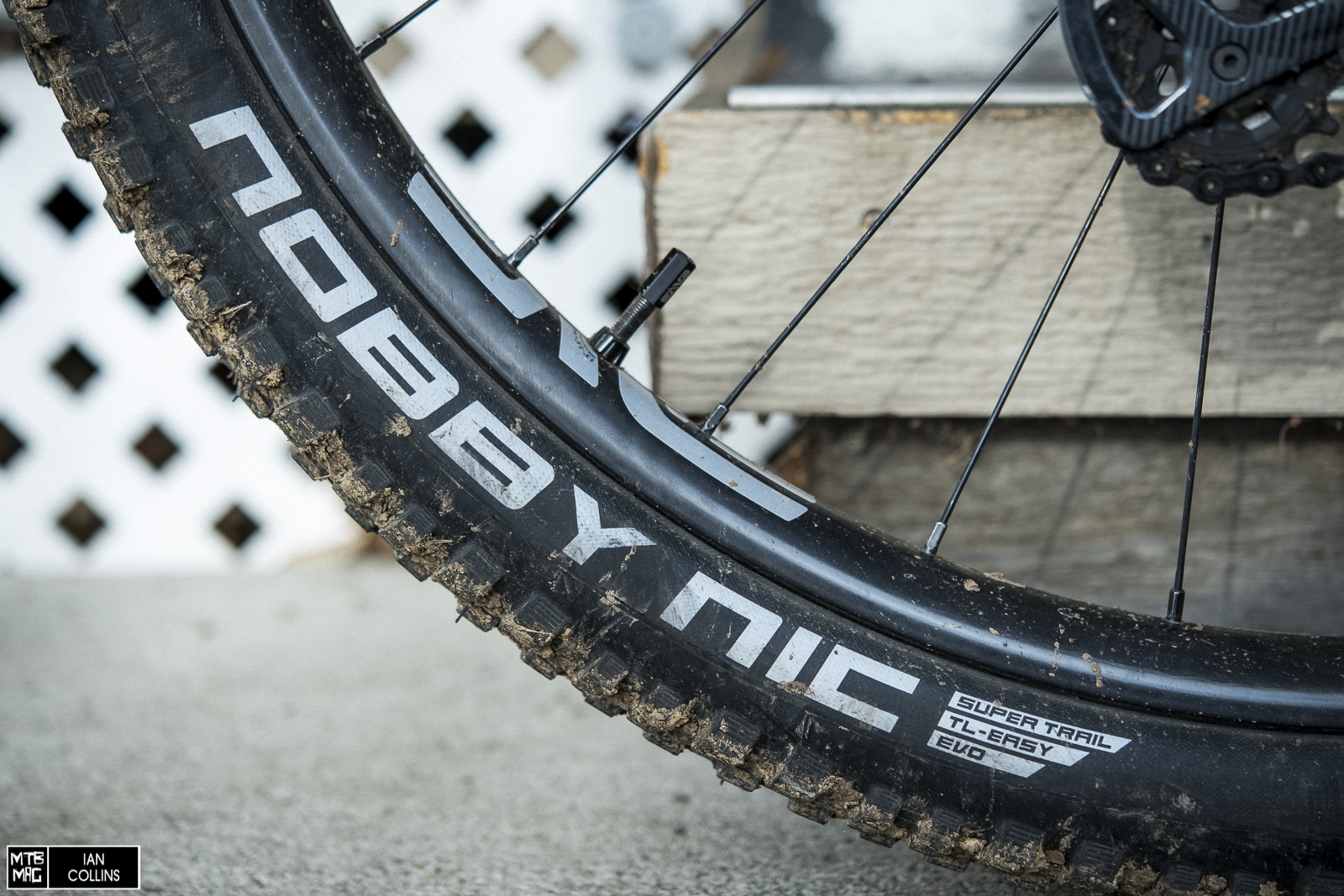 With the Nobby Nic we’ll start out by discussing its updates. Schwalbe spread the knobs out quite a bit to give it better bite and in increased propensity for mud clearing. I could be crazy but I think it has also taken on a bit more of a squared off profile where the old version was a bit more round. This is likely due to the slightly more pronounced side knobs.

I mainly rode the Nobby Nic front and rear on my trail bike but also opted for it on my long travel bike out back paired to a Magic Mary when I was embarking on longer romps and looking for a slightly lower weight and less rolling resistance. It’s been quite some time since I’ve used the original Nobby Nic, but from what I do remember of those rides, this new version is a huge improvement. A good way of looking at it is like a lighter duty, pared down Magic Mary and visually its tread pattern does bear some similarities. Much like the Magic Mary it works very nicely in a surprisingly wide array of conditions. Initially I expected it to pack up a bit more, although I was quickly proven wrong and found it sheds mud very well. The tire rolls fast, corners confidently and provides plenty of traction when pointed both up and down.

As an overview, you can glean some insight into which treads are most appropriate for your bikes and local terrain from what was discussed about them individually above. As far as casings are concerned, the new Super Trail is excellent. It does come in at an increased weight penalty compared to the old Snakeskin option, but it wards off flats and gives much improved support at lower pressures. Super Gravity remains excellent for enduro and bike park action with even further protection still. As far as compounds go, I think the standard “Soft” compound is what will please most of the high performance riders out there. I rode the blue Speedgrip compound a fair bit and it wears incredibly well with the tradeoff of not boasting as much traction when things get nasty, despite still being rather impressive. 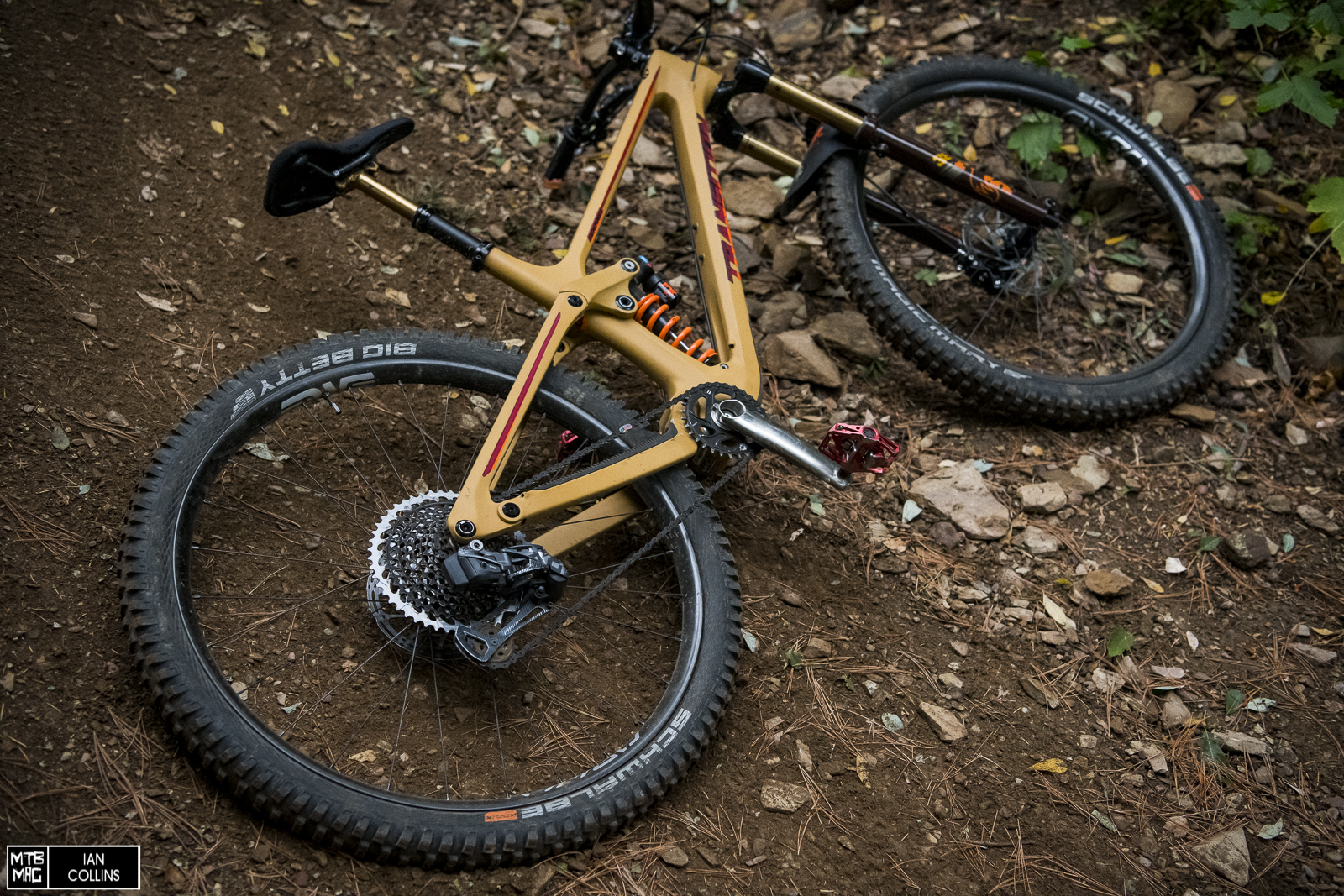 So if you’re on a budget Speedgrip is worth considering, at least out back. And while I haven’t spent any time on the “Ultra Soft” compound with this round of testing, I have ridden it in the past. It’s safe to label that as a race compound as it boasts unreal grip but wears rather quickly and isn’t always the best choice on rock hard terra firma. As far as value is concerned, Schwalbe’s are a hair on the more expensive side of things with most of these tires falling roughly in the $80-$100 price range. With that in mind, there is very little to pick apart about them and provided you choose the right tire for your needs, they’re damn good. All in all, Schwalbe’s updates for 2021 are excellent and their vast lineup offers something for everyone, regardless of ability, intended duty and wheel size.