We were rather intrigued by Scott’s new Prospect goggle from the time they first surfaced. What caught our eye initially was just how massive the lenses were, so we weren’t surprised to hear that they offer the largest field of vision on the market. The standard Prospects have been out for a while now and we recently got a pair of them, but a few months back Brendog passed his Deathgrip signature goggle on to us. While they aren’t any different functionally, they have some aesthetic personal touches from Brendan.  Here’s how they’ve been treating us… If it isn’t abundantly clear from the get go, the lenses on these are massive. As soon as we put the Prospects on, we were super impressed by the shape of the foam. There is a really nice contour around the nose area in particular. For how large the frames are, they fit really well in our Troy Lee Designs D3 as well as a Leatt DBX helmet. We can’t vouch for any other helmets on the market but Scott have done a good job at designing the frame to take up as little space as possible while still having large lenses. This shouldn’t come as a surprise as Scott have been making goggles for over 40 years. 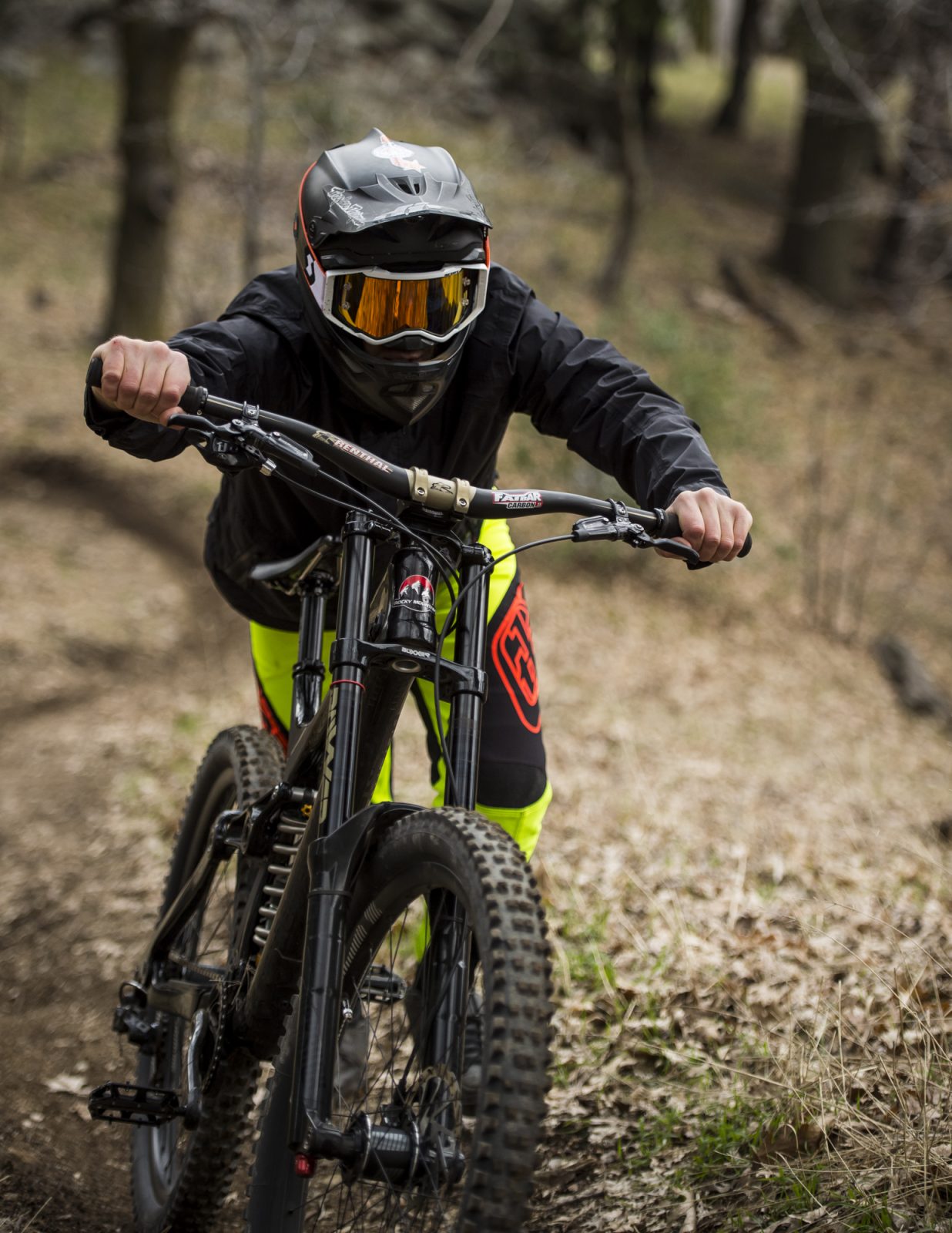 The strap is rather tall (or should we say wide?) and two strips of silicone run throughout them on the inside to prevent slipping. We really appreciated that it was rather easy to adjust the straps without having to take the goggles off. The plastic adjustment tabs are molded in a way that they’re almost serrated. This makes them grabby at the top and bottom where your index finger and thumb grasp them. Clever. 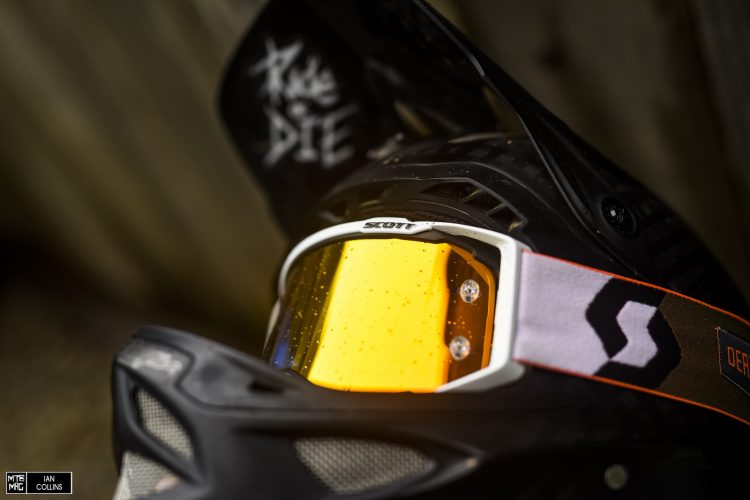 Our tester has a fairly big nose and was pleasantly surprised at the lack of pressure at the bridge considering most goggles fit pretty tight in that area. In the first picture under the “Details” section, you can see the unique shape of the foam. We most definitely found the outriggers play a key role in having the frame settle into a nice position without letting the strap pull the frame away from your face to let wind in, or conversely, apply too much pressure. In really rough chattery sections they never shifted around or inhibited our vision. 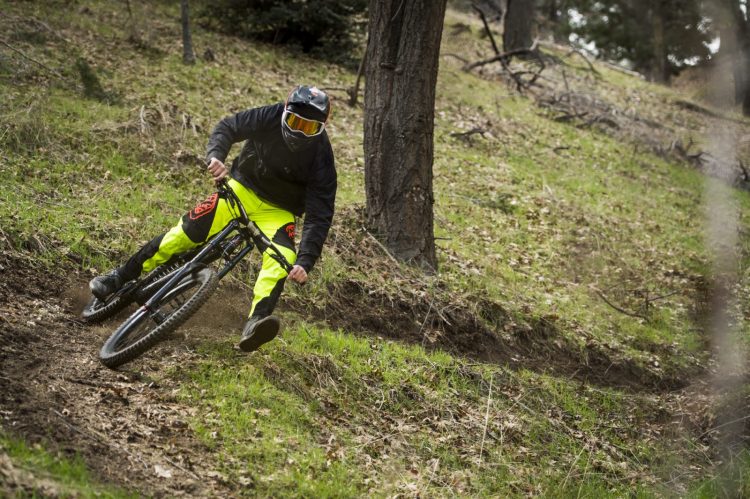 Speaking of pressure, we didn’t notice any hot spots or pressure points. Again, it largely comes down to carefully researched and well designed shape. The Prospects aren’t much different from most goggles when it comes to the layout of the cushioning: soft, absorbent, synthetic fabric rests on your face and a layer of soft foam is sandwiched between the fabric and a layer of denser foam. 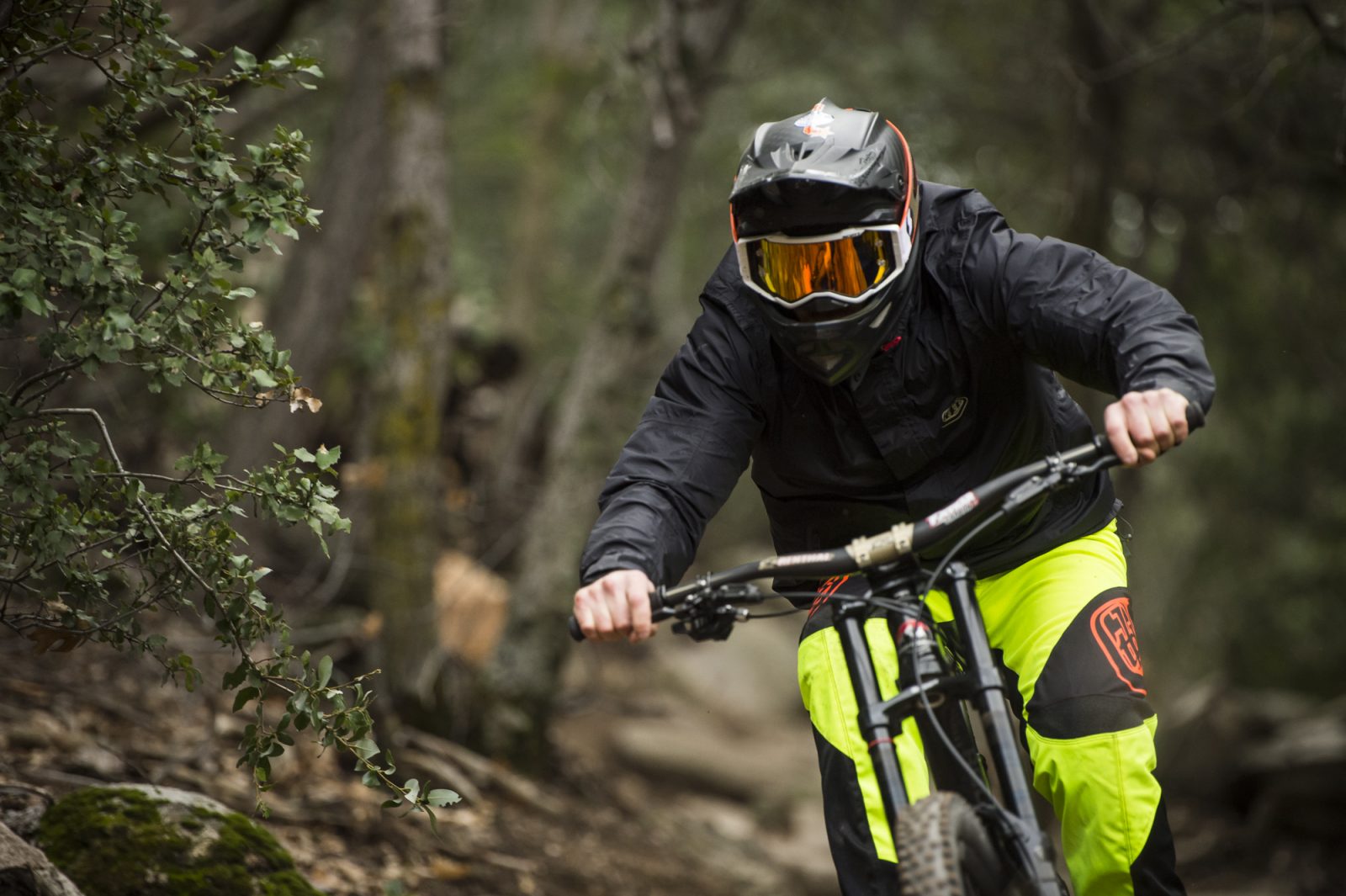 Around the entire frame, there are good sized vents covered with a very thin layer of foam that’s far more porous, allowing for ventilation while still keeping out water, mud and debris. Between these vents and the anti-fog lens coating, we haven’t had any issues with fogging whatsoever. The ventilation is truly excellent. Over time, on goggles in general anti-fog coating can begin to wear off as when you clean the lenses repeatedly it gets rubbed off. Replacing the lens is rather simple, but if they aren’t scratched we highly recommend Cat Crap. Regardless, in the few months we’ve been using these goggles, the anti fog hasn’t degraded at all. If you ride in really humid weather that isn’t muddy enough to justify the roll off system, you can use a flat head screwdriver to remove the 4 mounting posts from the lenses; thus allowing even more airflow. The last point on the lens is that despite being a rad looking orange mirror tint, surprisingly they transmit a bit of a blueish color (you can see in the pic above). This is really nice on early morning or late evening rides as it combats the orange color of the sun. There are a host of other lens colors available including the clear lens that comes with the goggles. Because we mostly rode in the dark woods of Santa Cruz, that is what we mainly chose to use. Regardless of lens choice (we rode 3 different colors) the optics were sharp, distortion free and offered nice contrast.

The Prospects are easily up there as some of the best goggles we’ve ever tested. While we don’t have an official price on the Brendog signature version, the standard Prospect is $99.95. Compared to other premium goggles such as the Oakley Airbrake, they’re $60 less and offer better fit and a larger field of vision. We never found ourselves fussing with their positioning as they always seemed to settle into the perfect spot. The ventilation and optics were both excellent and they’ve proven to be quite durable. Lens swaps are quick, simple and we love that they come with a clear lens as well as the tinted lens that they’re fitted with. All in all, excellent goggles with a touch of Brendog flair. 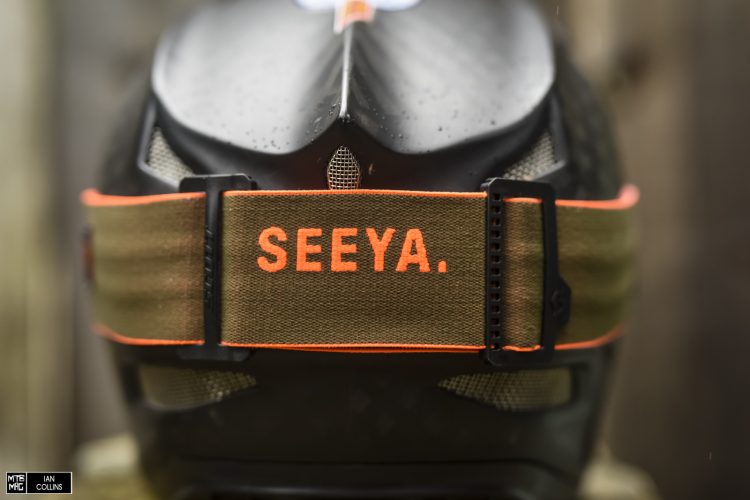