The two strongest XC racers got back to the races to test each other today, in Switzerland, on the demanding Monte Tamaro track. Unfortunately many other strong athletes were spread among two other big races with UCI rankings, one in Italy and one in Germany, thinning the peloton down to 25 starters in the Elite category. The kids category (younger than 11 years)  had something like 100 racers, just to mention how popular XC racing is in Switzerland. 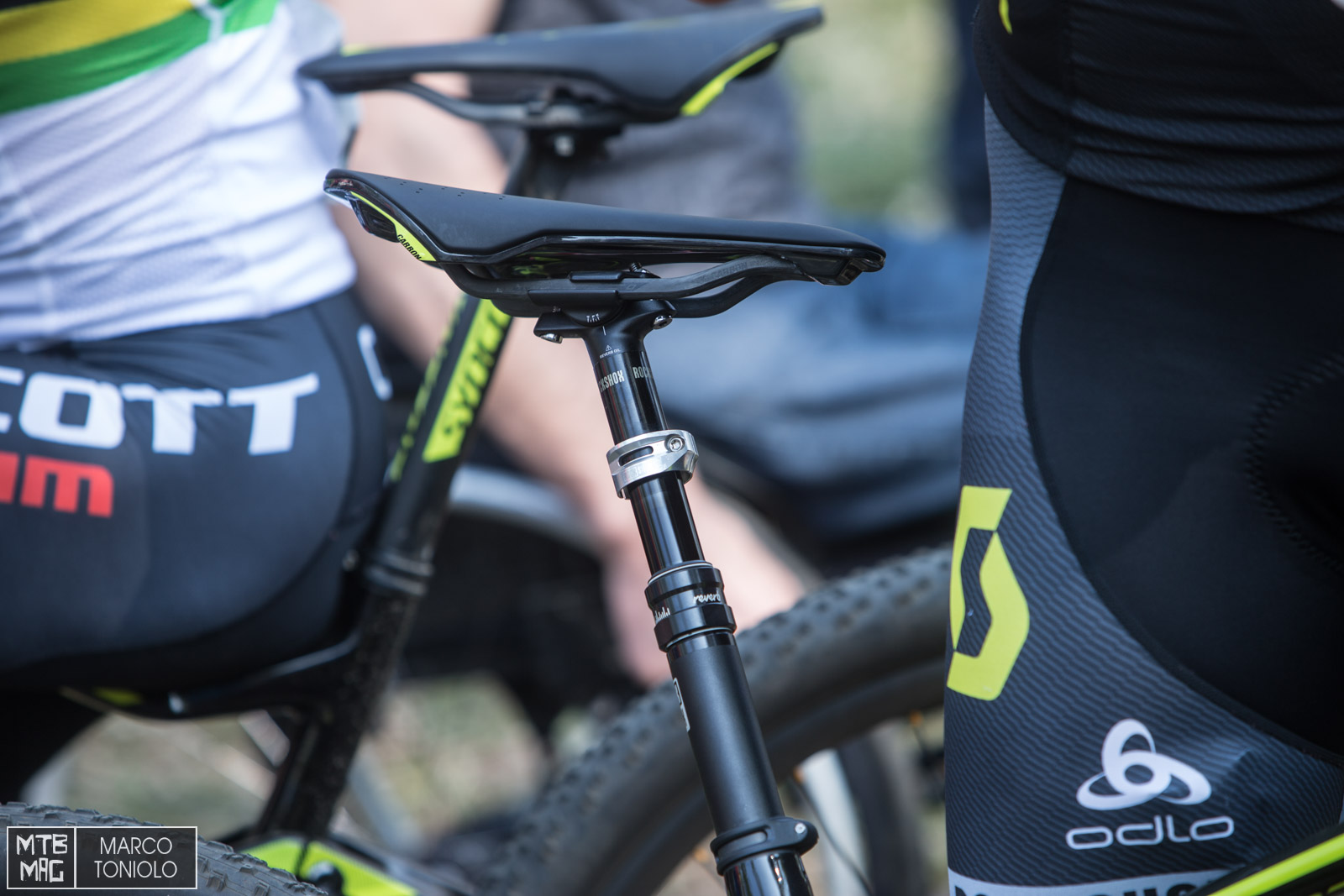 Be ready for a dropper post invasion also in XC. The front one belongs to Stirnemann, in the back Schurter’s normal seat post. 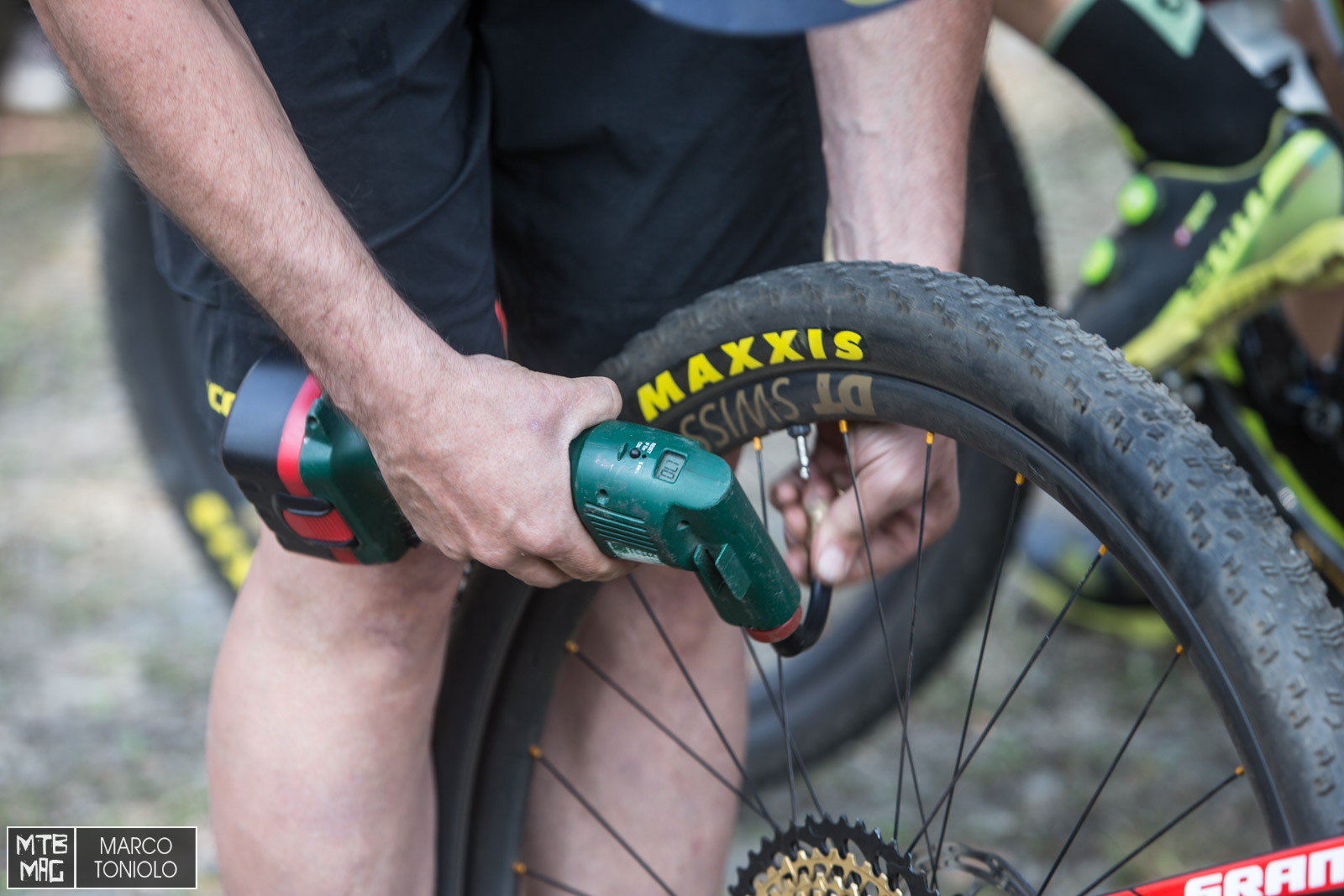 Last tire check before the start. 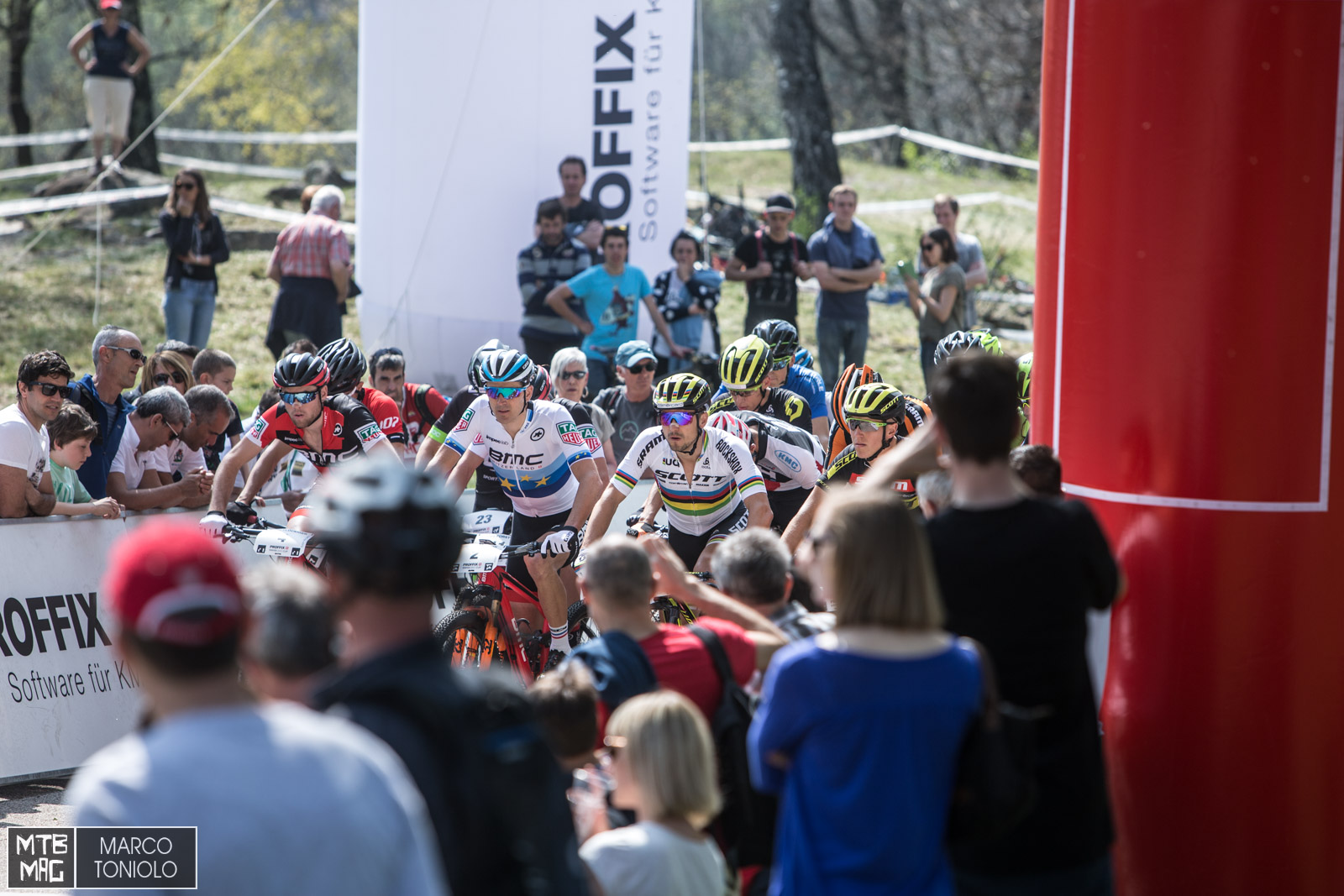 The usual suspects in the usual first line. 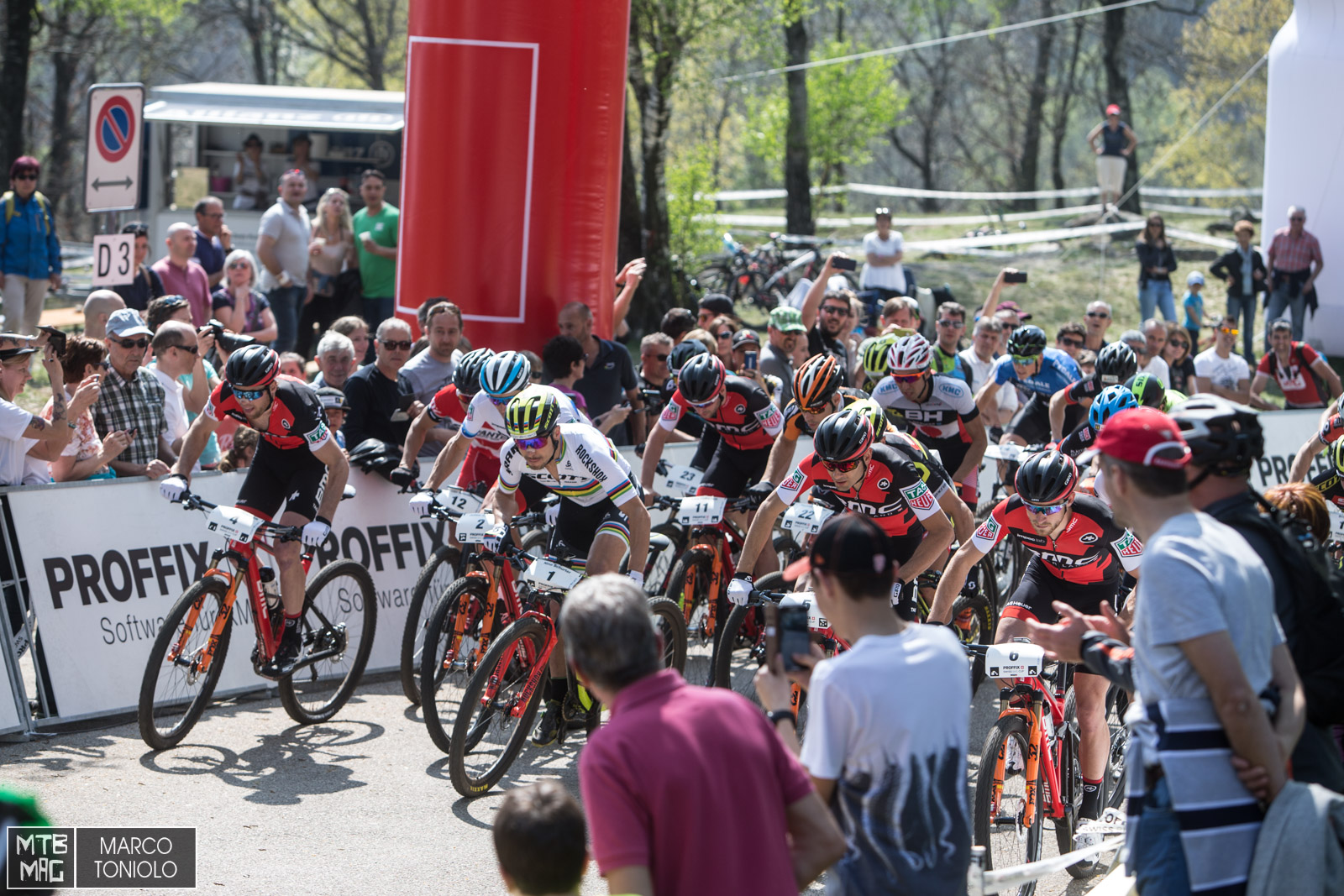 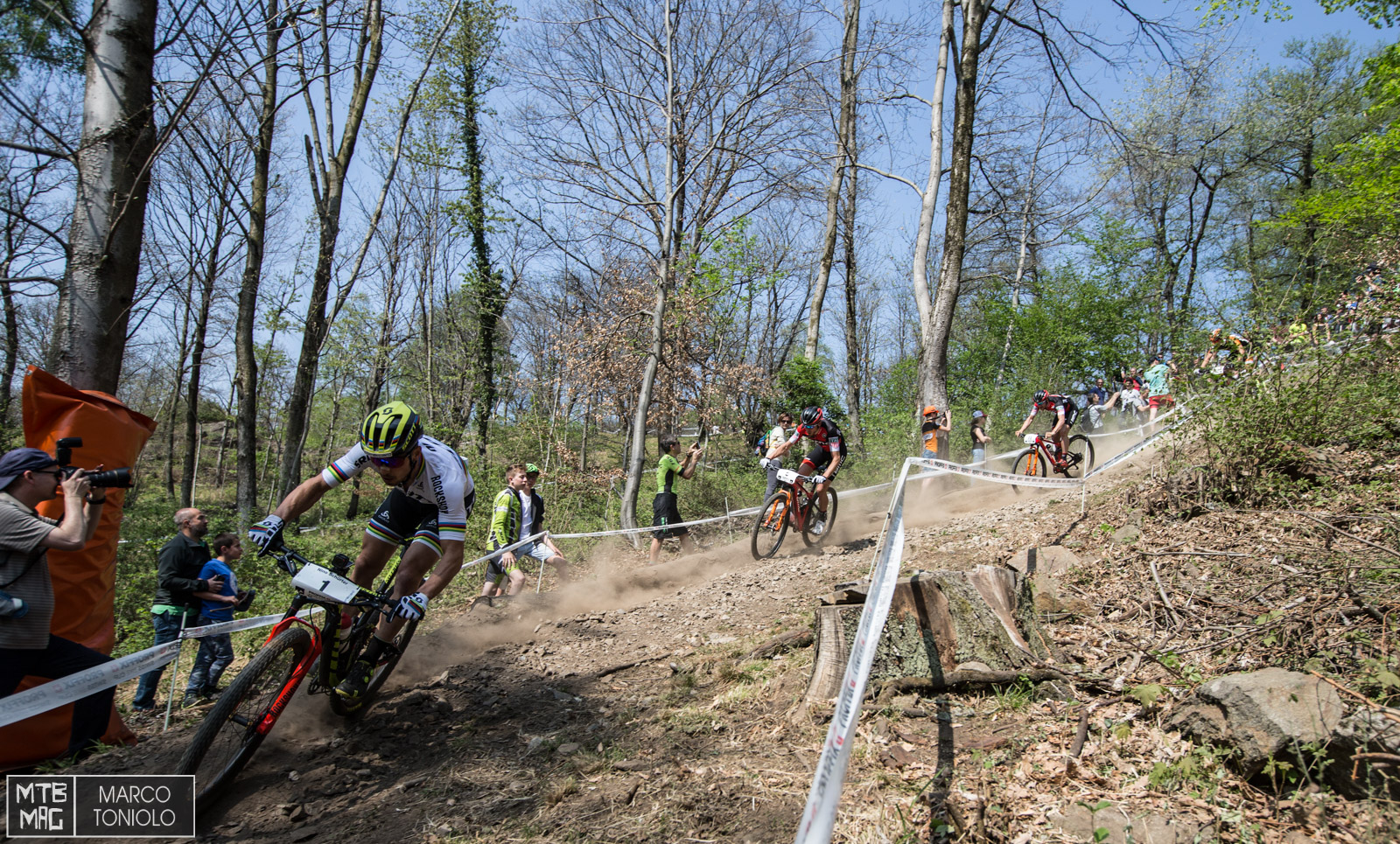 Lars Forster managed to stay at Schurter’s back wheel during the first 2 laps, afterwards he had to surrender to a mechanical problem. 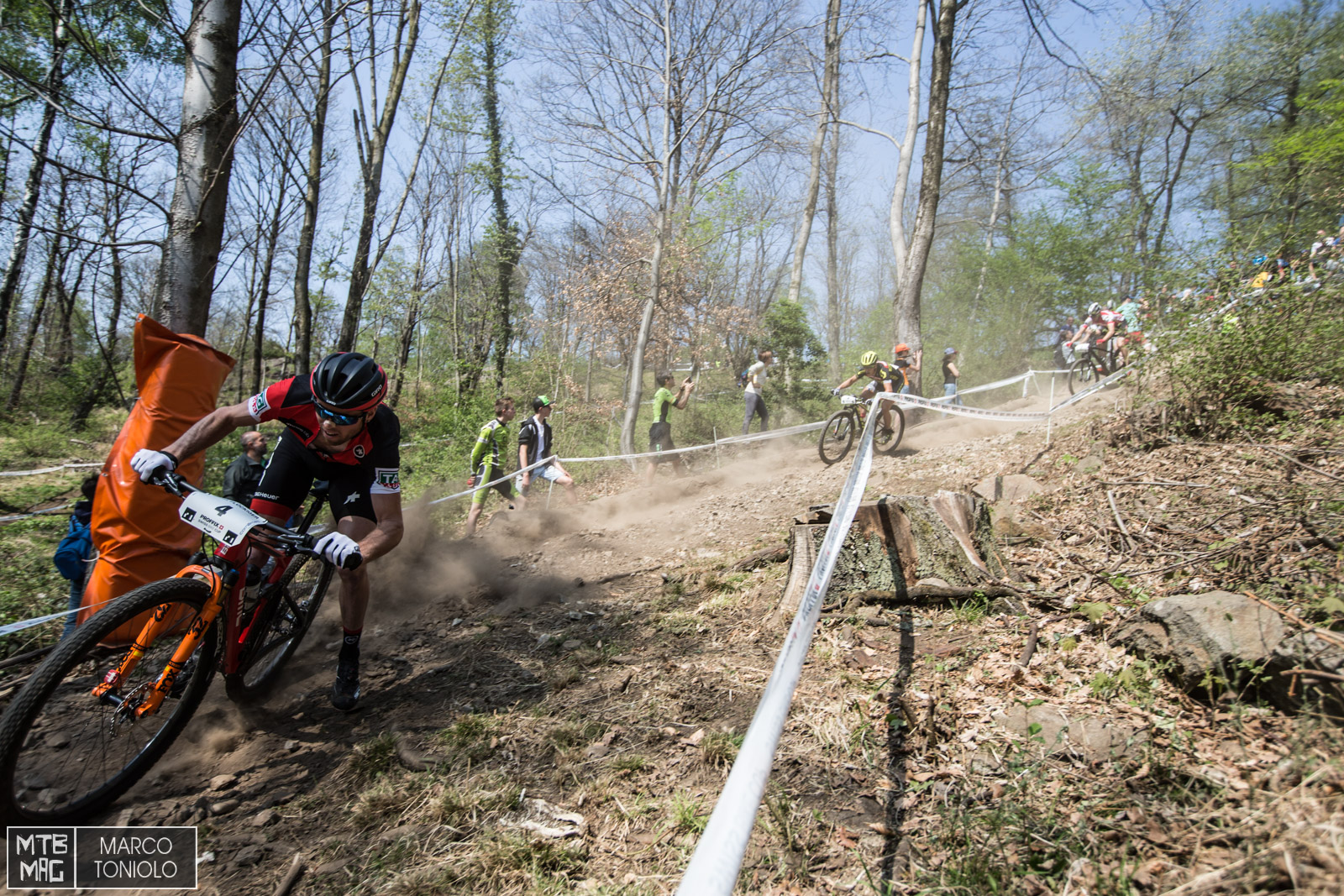 Reto Indergand having some trouble on the dry terrain of Monte Tamaro. 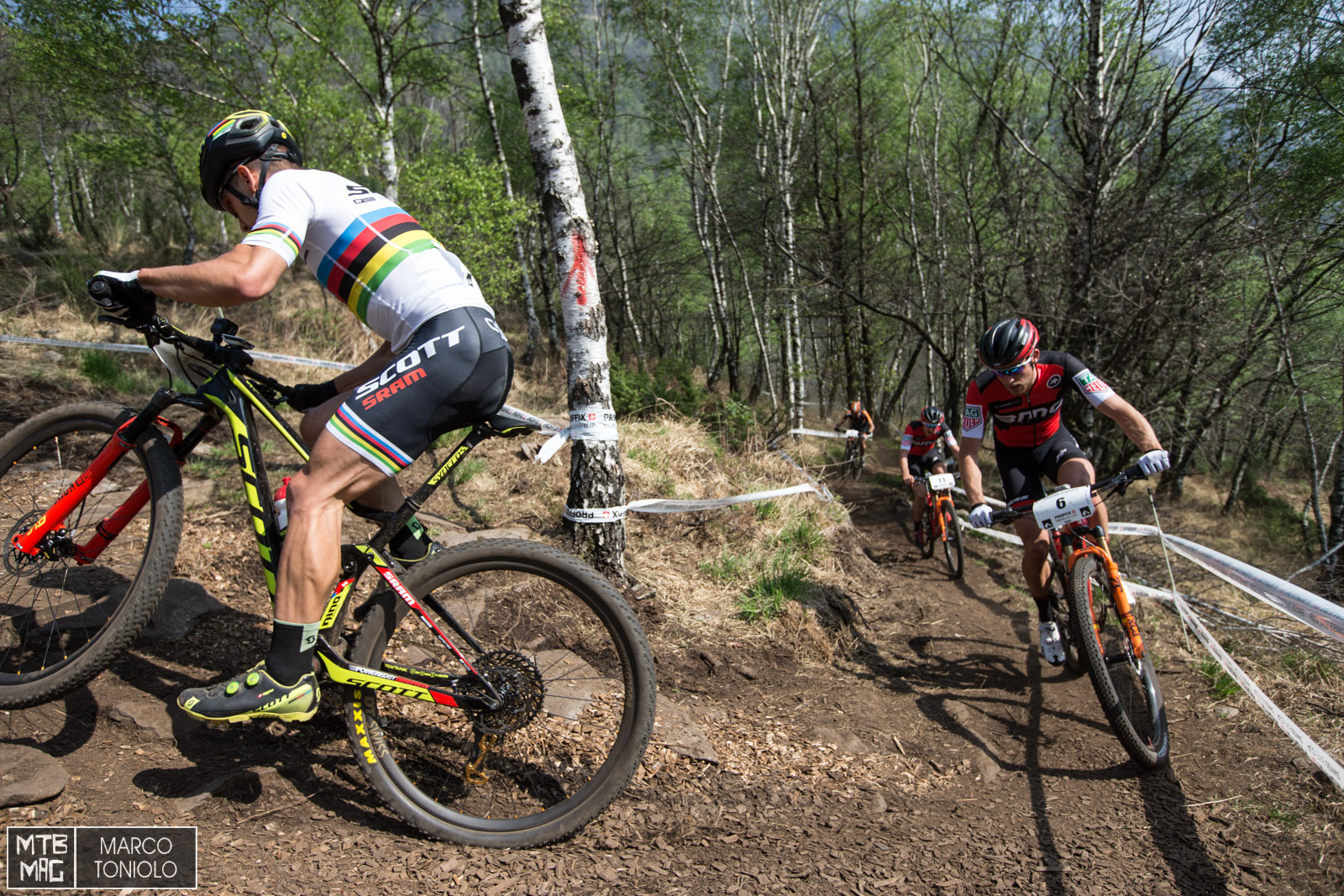 You wouldn’t tell from the photo, but this corner is really steep. 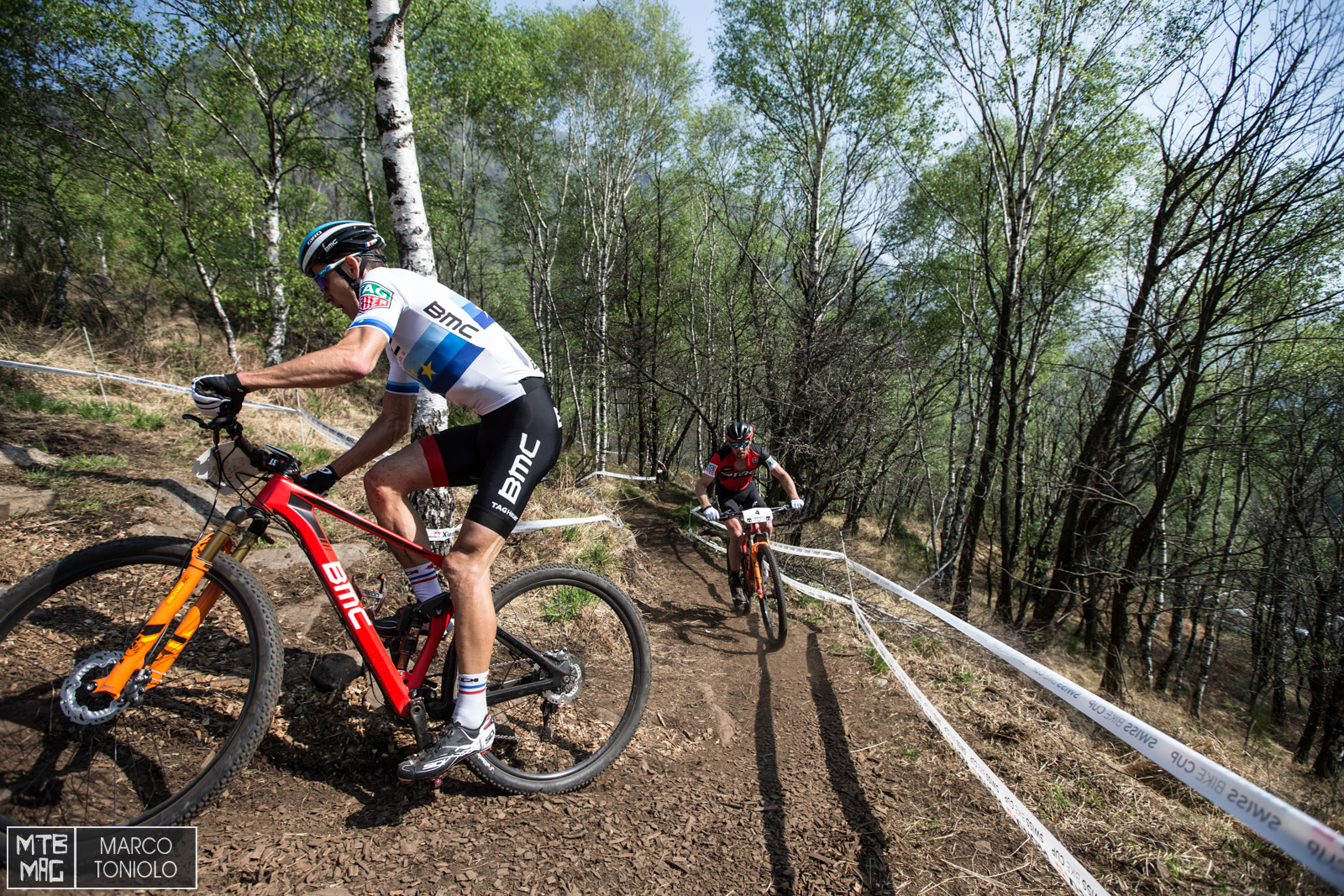 Absalon was 5-6 places back from Schurter, but then he started to push hard. 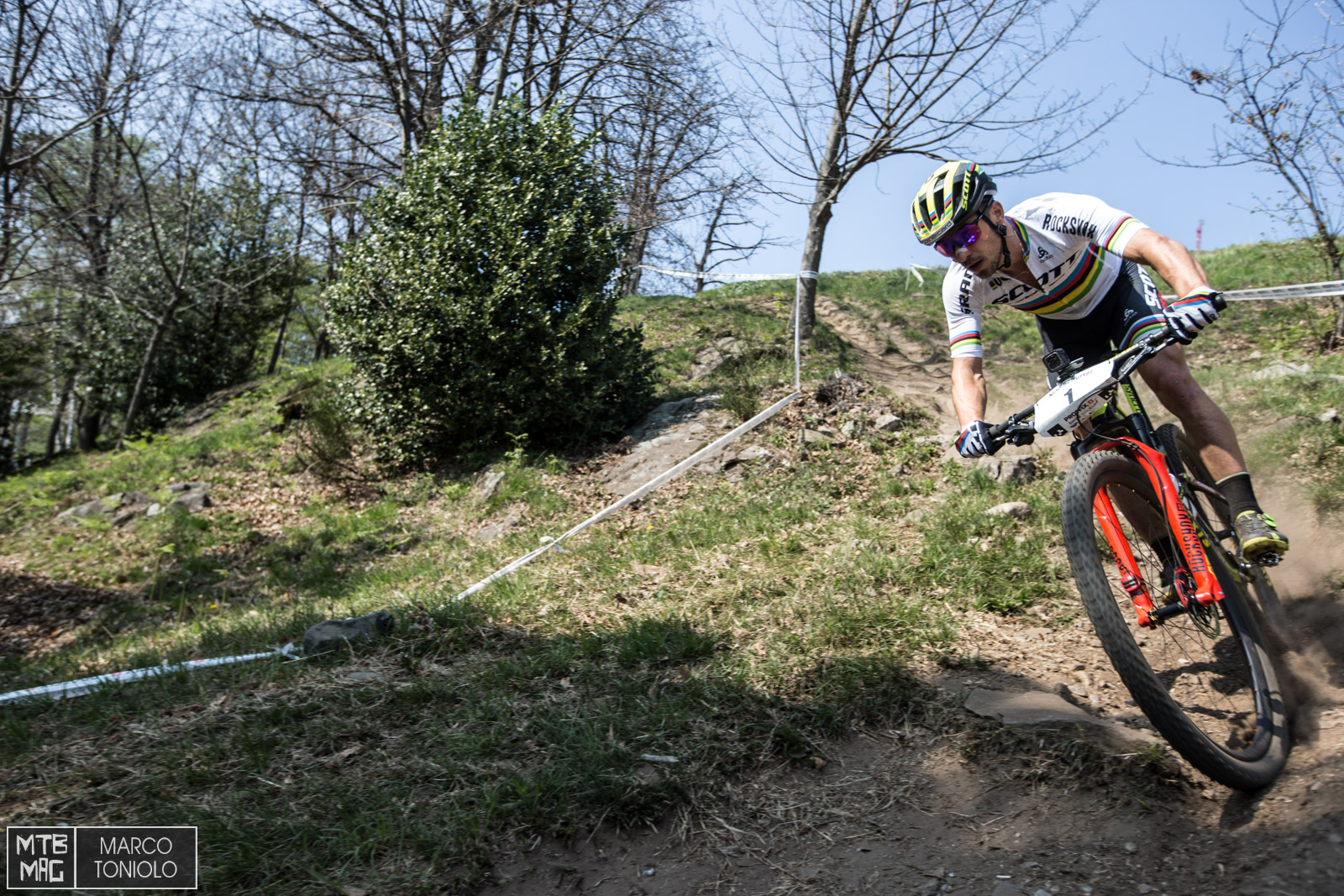 In the meantime, Nino said bye bye to his pursuers. 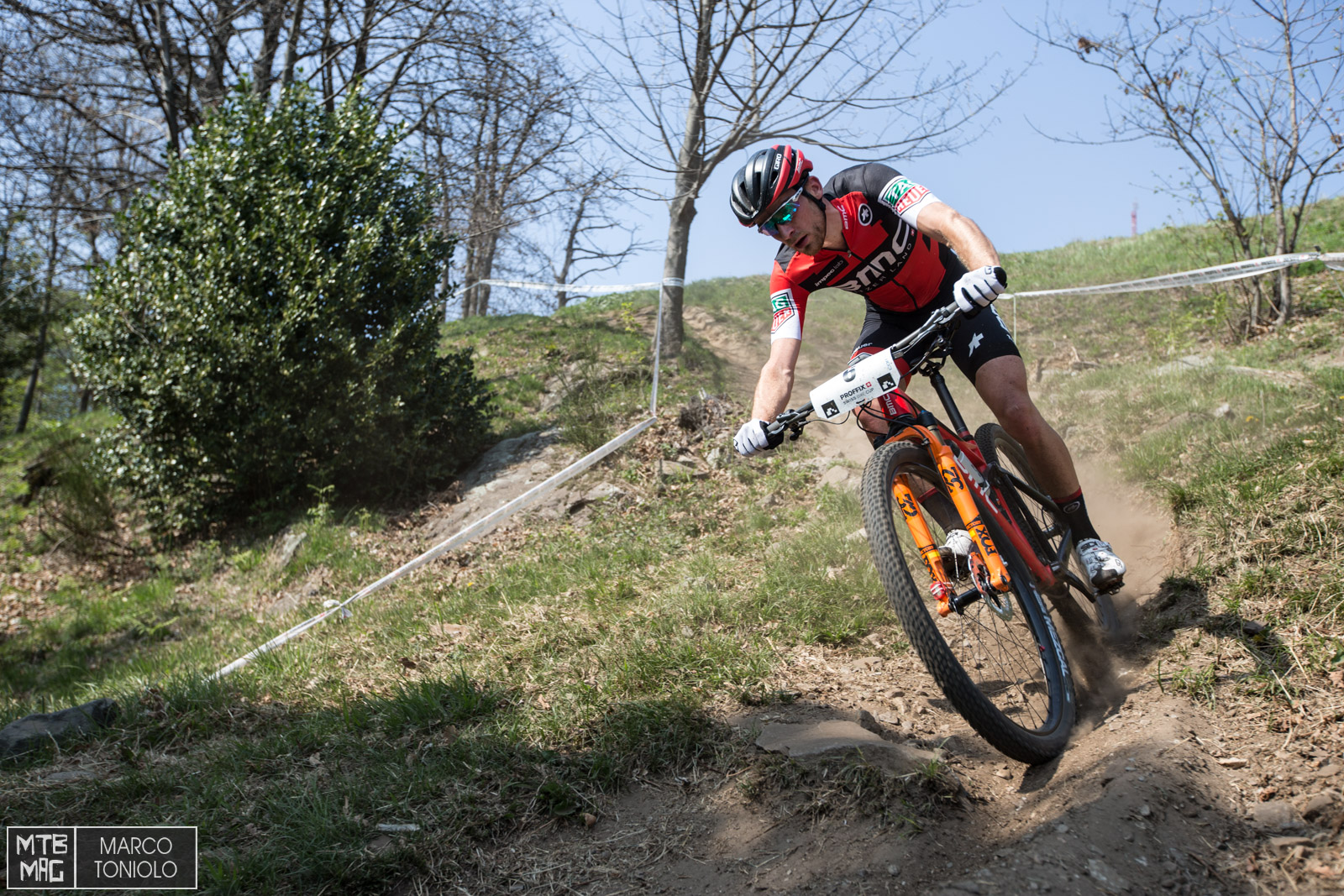 Titouan Carod in second during the third lap. 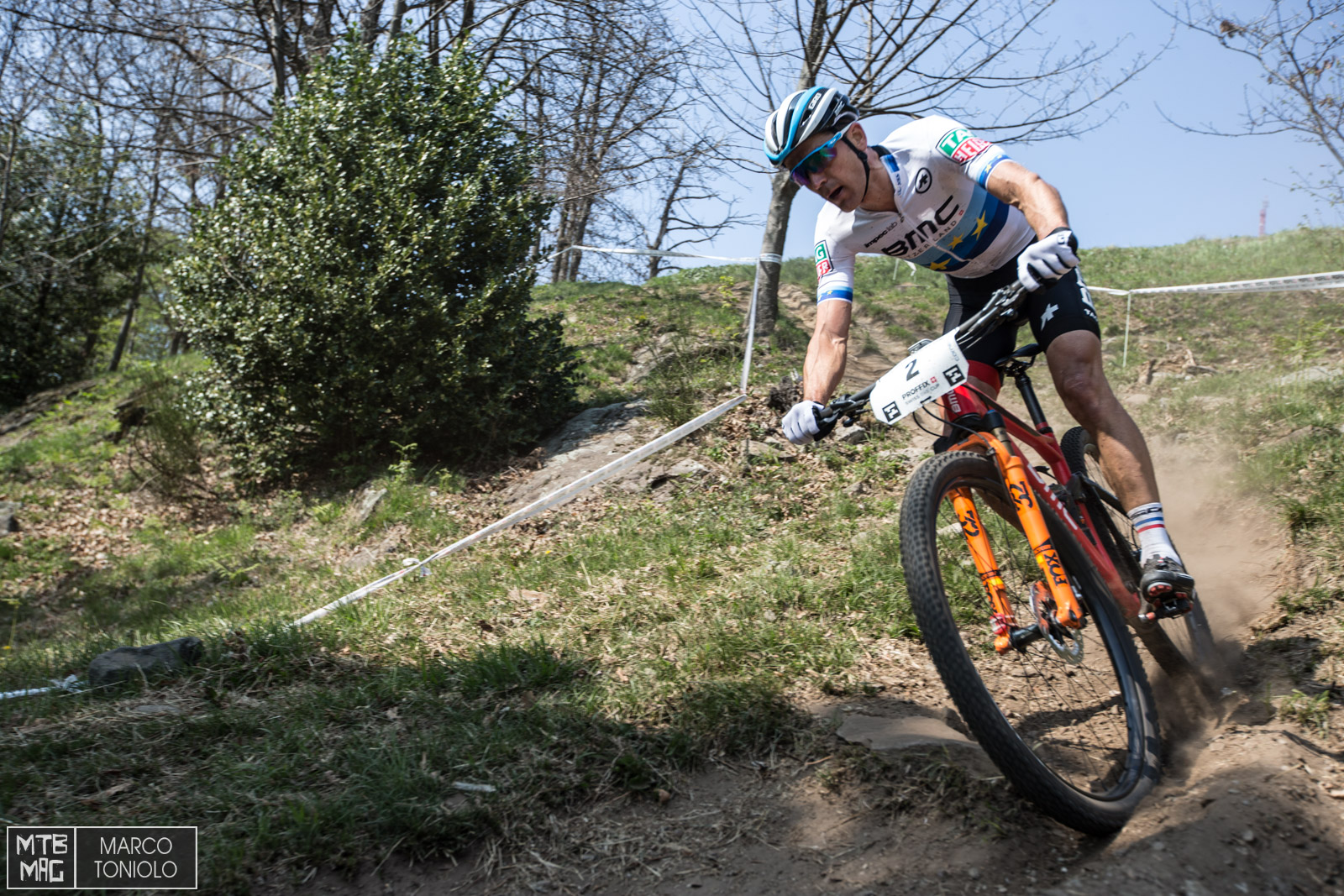 Absalon started chasing him, and he passed his team mate reducing the gap to Schurter down to 30 seconds. 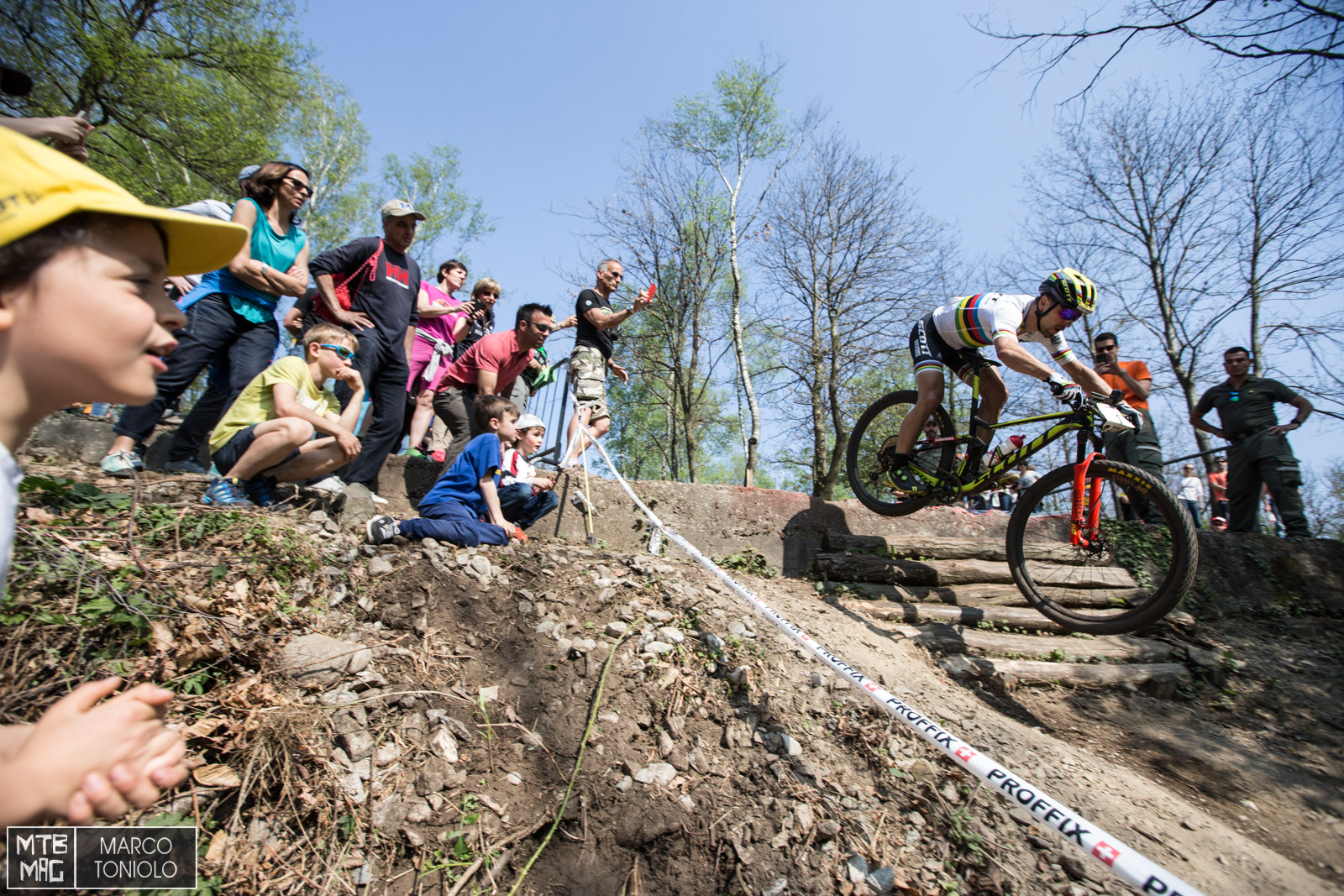 Here we go again, Schurter vs. Absalon. The Swiss was always in full control of the race, being able to accelerate whenever he wanted to. 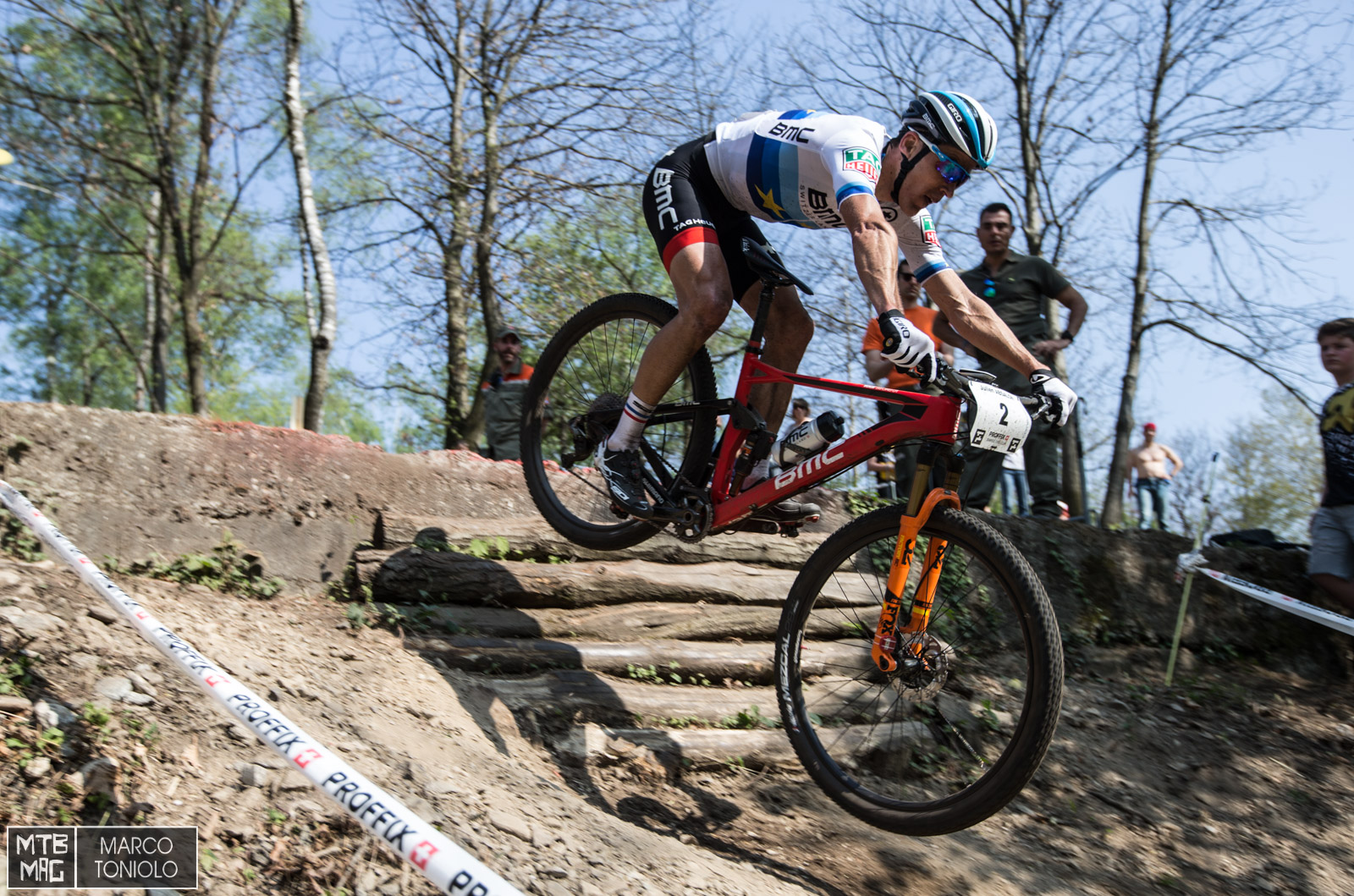 Anyway, Absalon could never come really close to Schurter during the whole race. 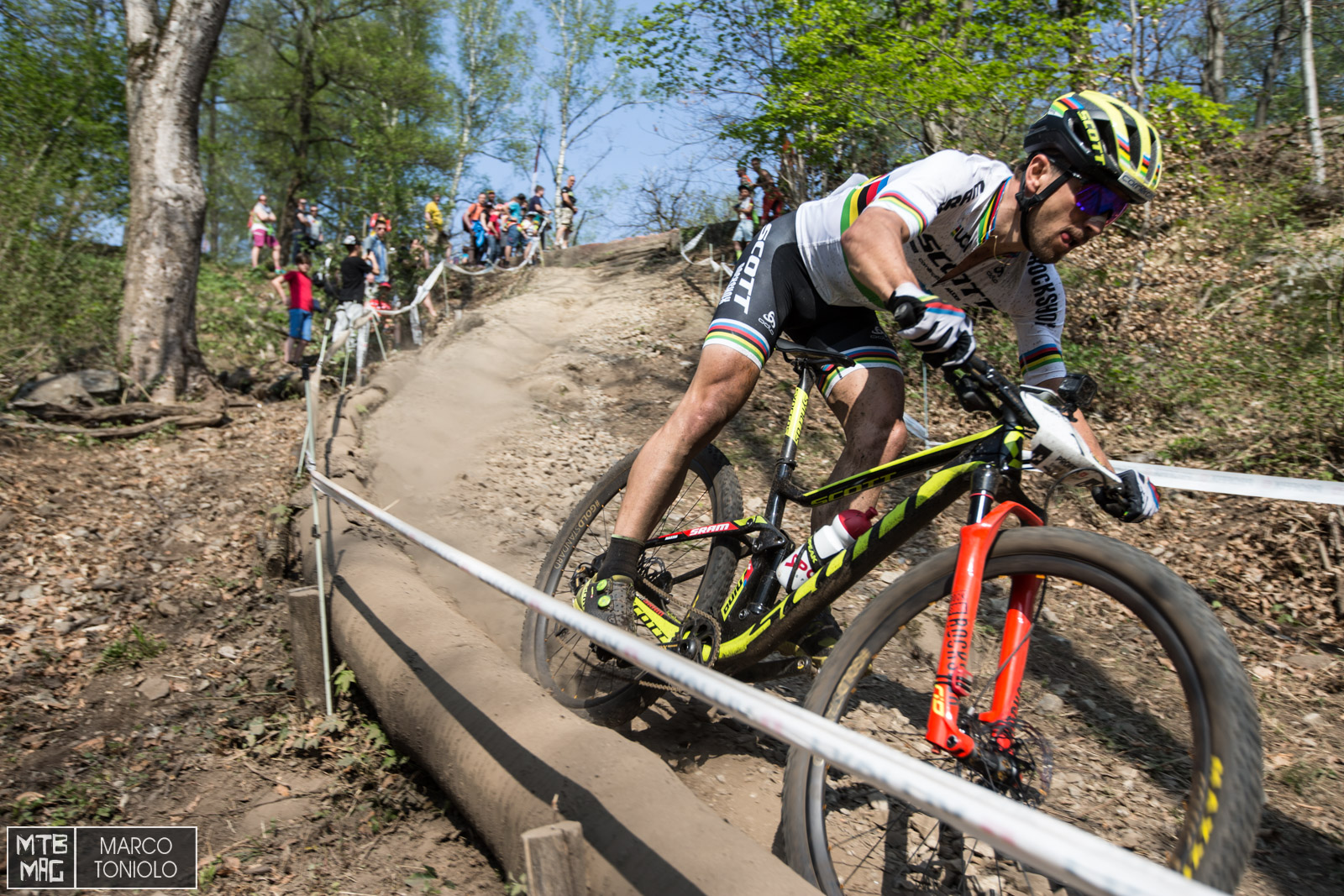 The two are worth watching. 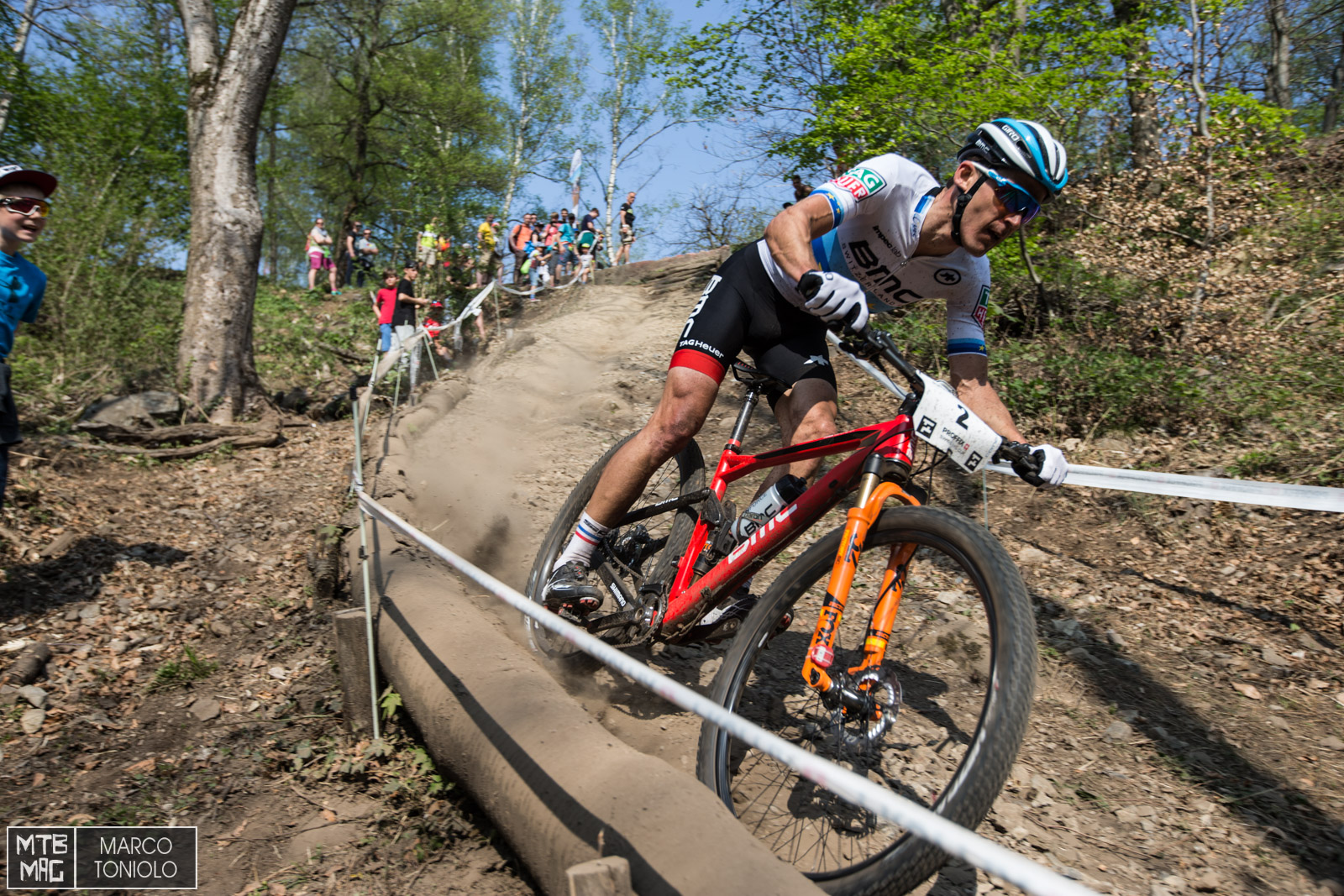 Nino wins for the third consecuteve year at Monte Tamaro on a track that he likes a lot. He even found the way to film his race from a Gopro attached to the handlebar: 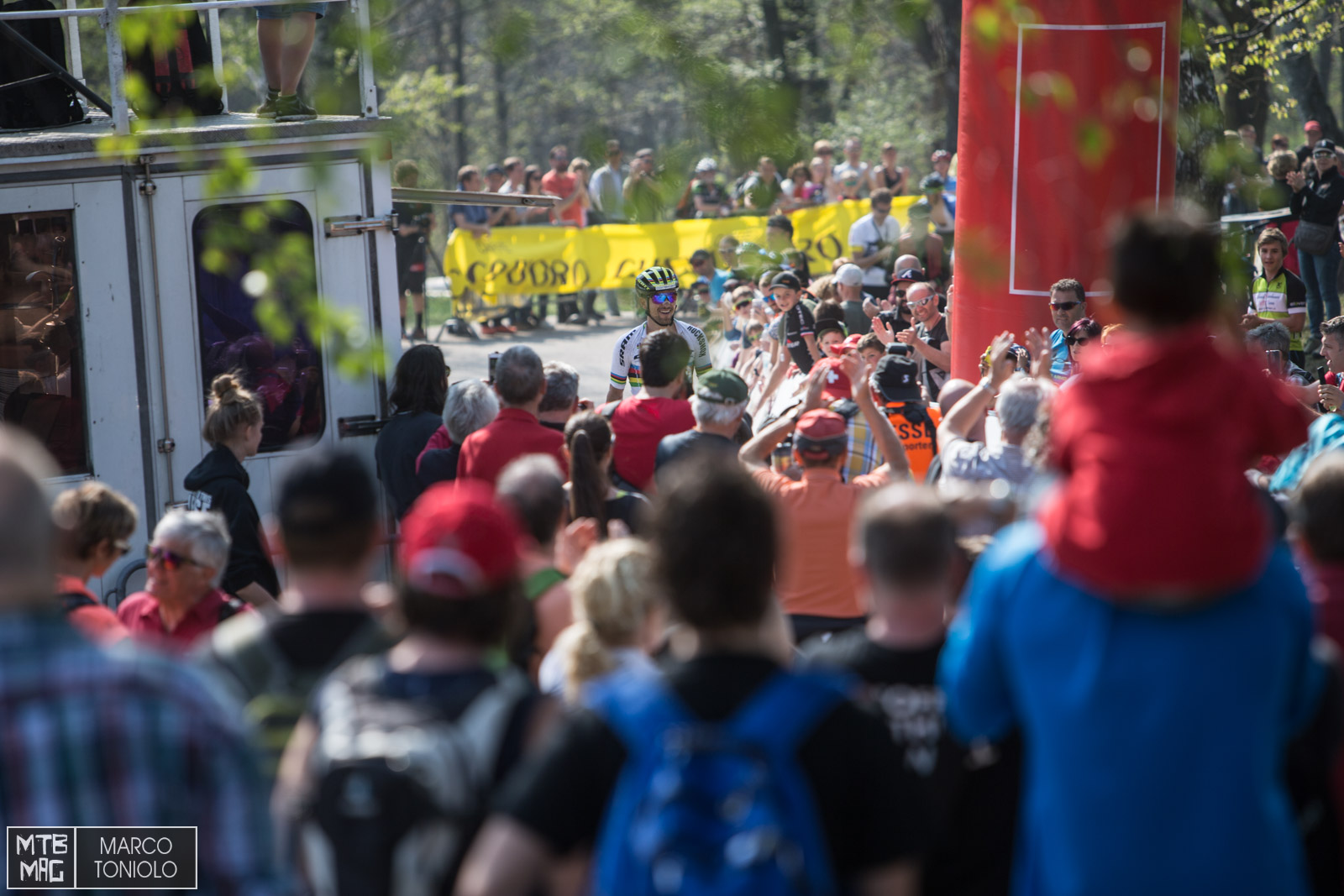 Celebrating with his daughter. 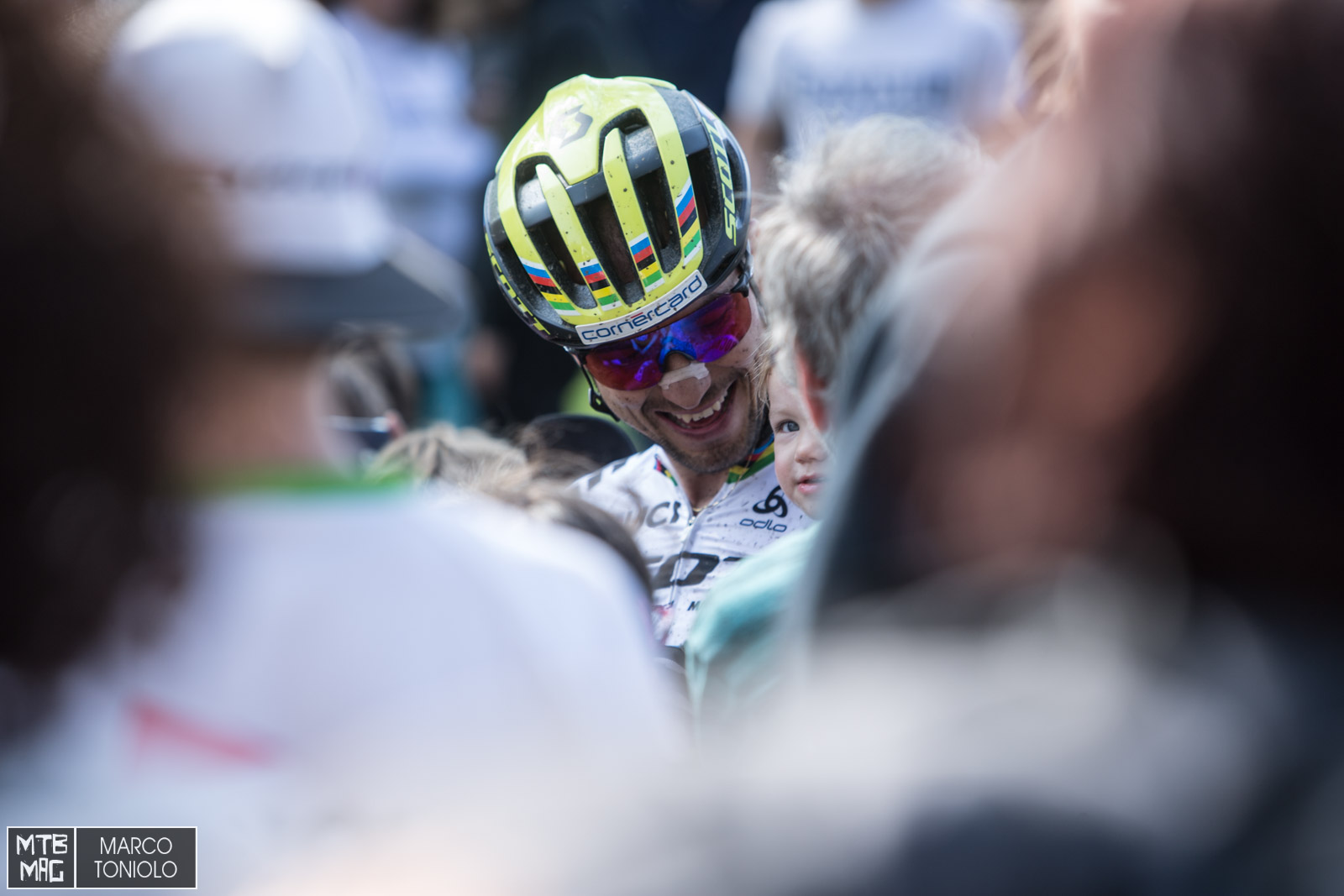 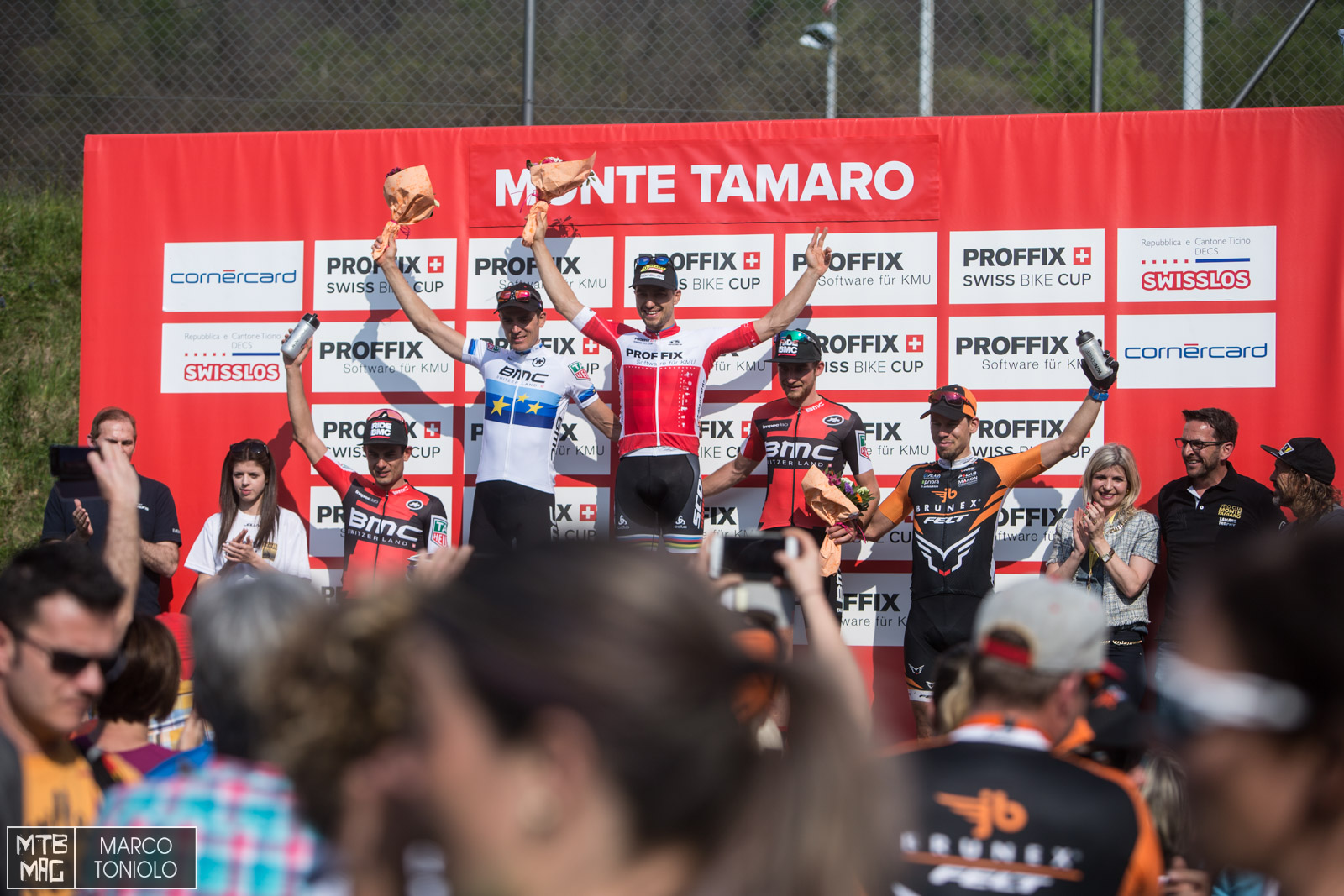 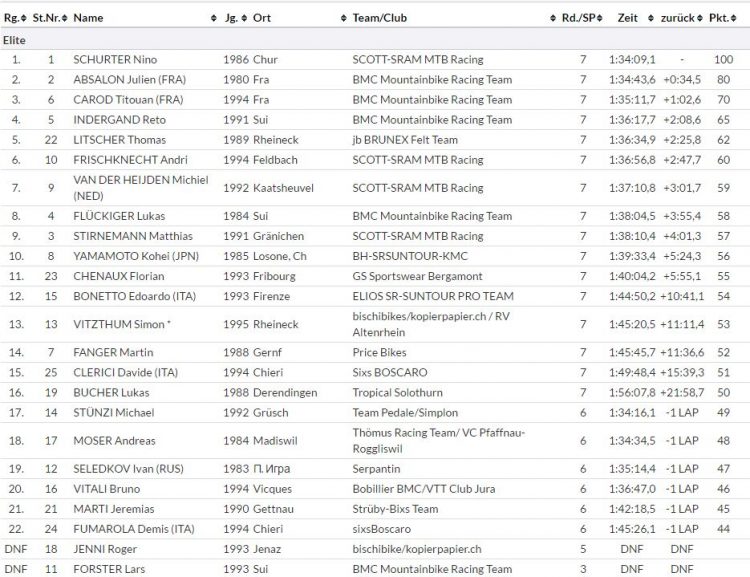 In the Women’s category Jenny Rissveds dominated the race, ahead of Ferrand Prevot. The Scott Sram Team is the one to beat in 2017.