Today Rock Shox presents the new Signature Series, which is a high-end line of Lyrik, Pike, Sid and Boxxer forks as well as Deluxe and SuperDeluxe rear shocks which includes the Ultimate (in test), Select + and Select versions. These differ in their available settings and adjustments, but you can hear about specifics in the following videos, or read on for the long form review.

The big news in the rear shock realm is the all new Deluxe Ultimate, while the other models see new Maxima Plush oil. Furthermore the Super Deluxe Coil now also has a red spring.

The good news: the new Charger 2.1 cartridge can be purchased as an upgrade for the RC2 and RCT3 models according to the price list below, and you can go “back in time” up to:

The same goes for Maxima Plush oil and for the new SKF dust wipers. The Maxima Plush is not designed as an oil to be inserted into the lower legs, but is found exclusively in the damper. 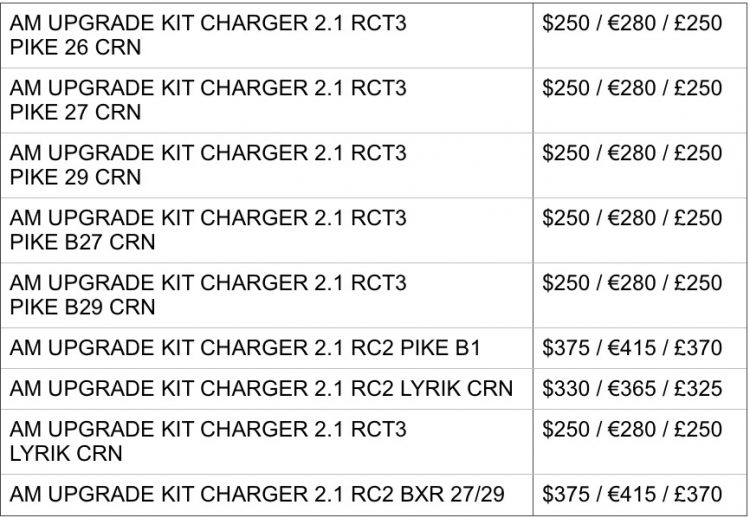 MegNeg is instead the upgrade that allows you to expand the negative chamber of the Deluxe and Super Deluxe air shocks, with the intent of reducing the cut-off threshold and keeping it higher in the travel. Its list price is 90 US$, this is the table of the variation of the negative chamber volume: 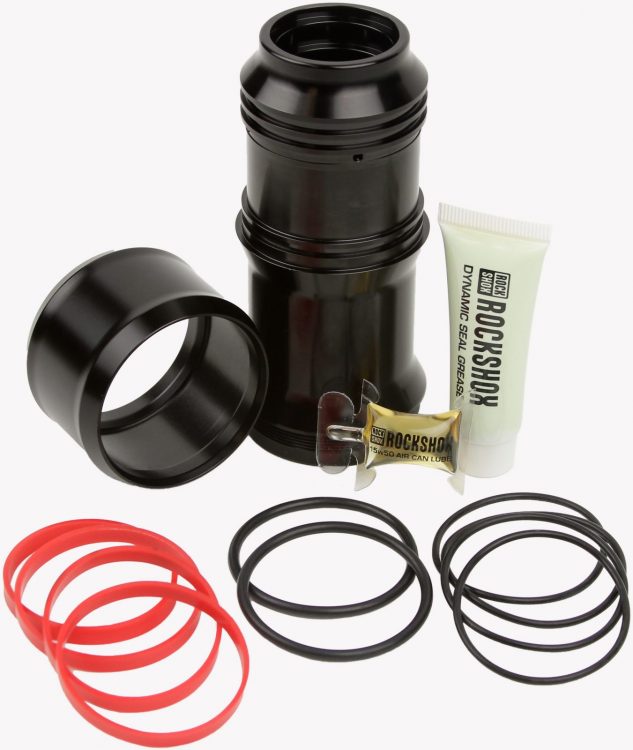 The presentation of the new Rock Shox forks was held in Sintra, Portugal, near Lisbon. I had never heard of this area but I was pleasantly surprised by the abundance of trails, the close proximity to the ocean and the perfect organization of the Weride.pt guides. 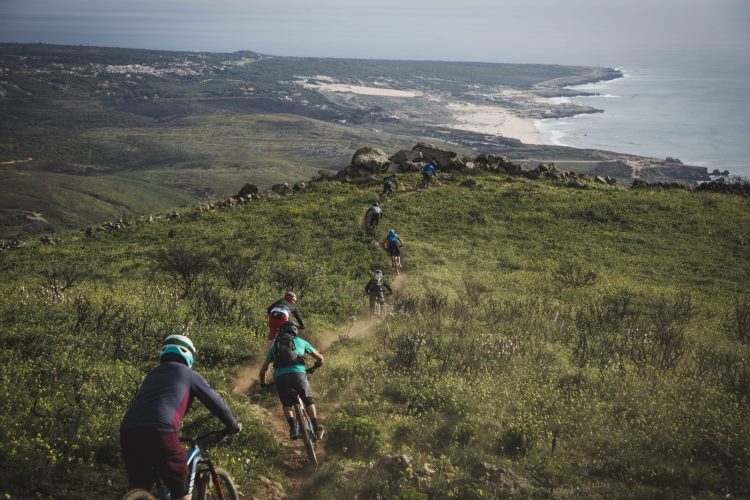 The particularity of the event, in addition to the limited number of media, is given by the fact that I brought with me the Mondraker Foxy 29 which I have been using for several months now, assembled with the old Lyrik RC2. This is because we did not do the classic “first ride” which, on the facts, serves little or nothing, but a real A/B test, like Rock Shox does with product managers of bike companies when they presents them with new product. In summary, we spent a whole day on the same trail, riding first with the old fork, then with the new one, then again with the old one and finally with the new one to end the day. We used a shuttle for the climb. This is the trail:

With this methodology, it is very easy to notice the differences between the products, also because a lot of attention has been given to keep all the variables identical: same fork pressure, same tokens, same tire pressure. I also always chose the same lines on the descents. 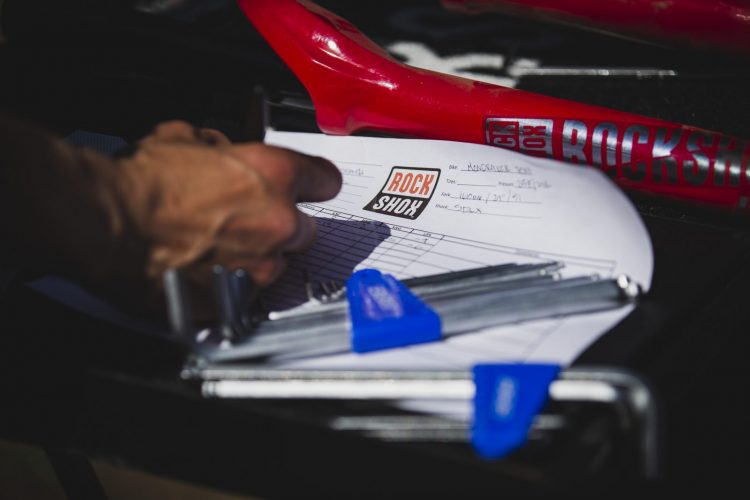 Compared to the 2019 model, the Lyrik Ultimate is an improvement more than a completely new product, therefore it was important to be able to compare it with an A/B test, otherwise the details of its behavior would not have been perceived. In fact I have to say that I already used it before traveling to Portugal, on a Scott Genius that SRAM sent me for the test of the Eagle AXS, but precisely because it was on a bike I didn’t know, I hadn’t been able to make discernments as well as I did in Sintra. 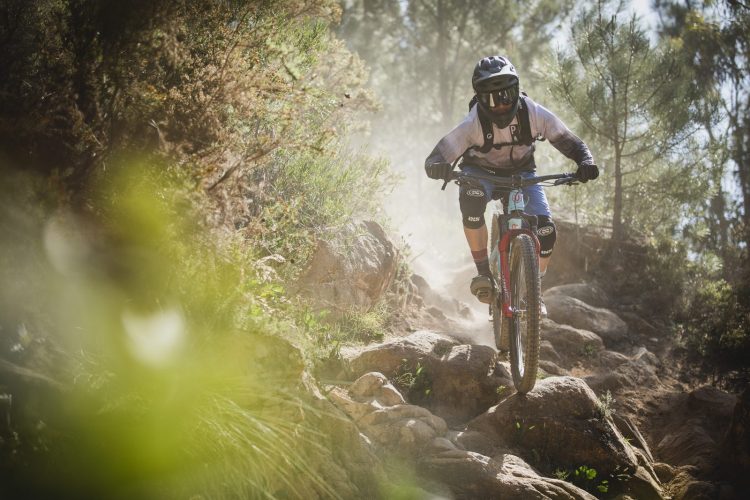 Differences that I can summarize in the following points:

Points 1 and 3 are linked. As mentioned in the presentation video, SKF provided new dust wipers. At first glance they seem almost identical to the old ones, but in practice the difference is felt, especially if combined with the new bushings gliding on the stanchions. The lower breakaway force allows the Lyrik to better absorb the low frequency chatter, with the same chassis, which in fact has not been changed. 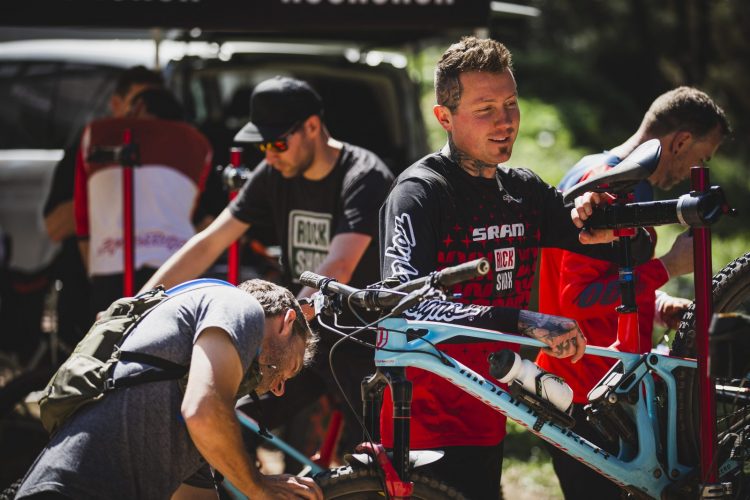 Point 2 had already been improved in the 2019 model, though not reaching the level of a Fox 36 (read our head to head comparative review here). Now I can say that the two forks, from this point of view, are quite the same. Rock Shox worked on compression at low speeds, and it feels just right from the point of view of how supportive it is. I usually used 8-9 clicks LSC from the wide open.

The substantial difference between Lyrik and 36 lies in the progression at the end of the stroke: the Lyrik tends to reach it the more easily than the 36, but at the same time it is easier to use all of the travel. In any case, using 2 tokens, I never bottomed out while riding on a track with harsh bumps and jumps with flat landings. 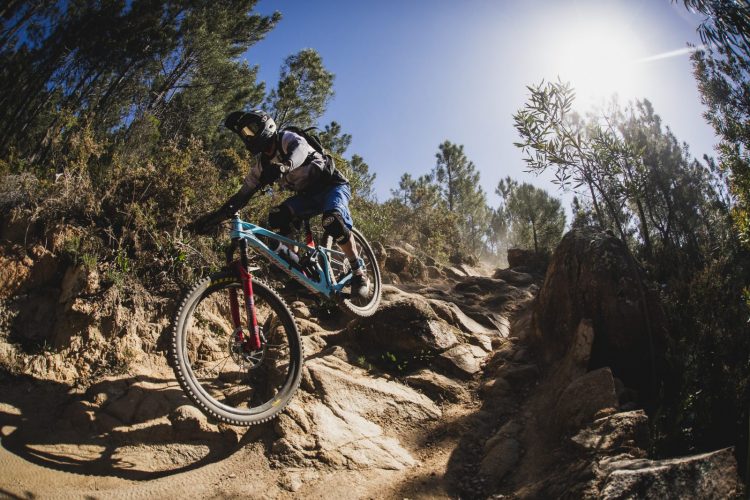 What’s interesting though is how the high speed compression (HSC) has been recalibrated, making it less “hard” at the start. The number of clicks of the knob has remained the same, but even when closing it completely, you will not reach the same level as the 2019 Lyrik. The HSC is one of the main factors when it comes to fatigue at the end of a descent, because it controls fast compressions and extensions of the fork, starting with small ones and affecting everything up to landing drops. In any case, with the new tune, Rock Shox gives a nod to the rider who is also looking for comfort from the fork and not just performance.

I then continued the test on my home tracks, since Rock Shox left me the new Lyrik, and I can confirm the sensations I felt in Sintra. 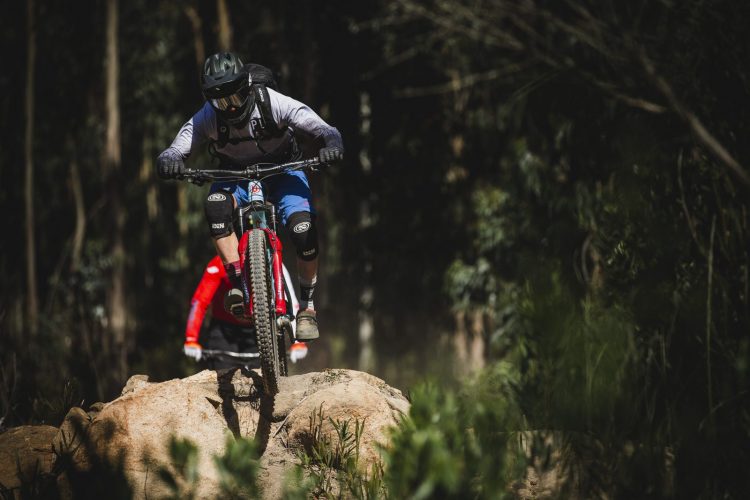 Expecting comments that will ask if it is worth upgrading to Charger 2.1, I would say that it is worthwhile if you have a pre-2019 Lyrik, as you can insert the new cartridge on the Lyrik produced from 2016 onwards. On the Lyrik 2019 with Charger 2.0 I recommend first trying to change the SKF dust wipers to improve the action and increase the fork’s fluidity. The Lyrik 2019 is already a great fork, so I wouldn’t be in a huge hurry to change the cartridge.

I also tried the Deluxe Ultimate, the new in-line shock that we talked about in the second video of this article. Given the types of trails and the type of bike, I was rather skeptical, but I quickly changed my mind as I found it extremely sensitive and very resistant to overheating. Mindful of the harsh feeling of the Monarch, its predecessor, I can say that there is a world of difference and that finally RockShox has a high performance inline shock. Unfortunately I was not able to conduct an A/B test, because that was about Lyrik, but I plan to investigate the subject as soon as they send it to me for tests on our trails. 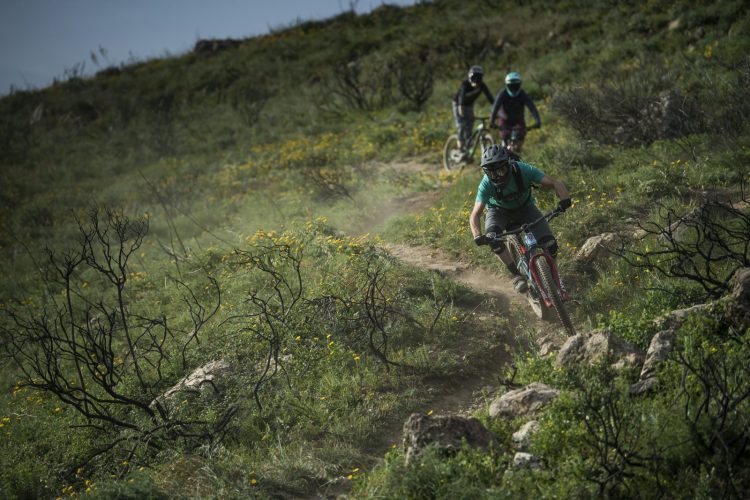 To see the differences between the various Ultimate models, Select + (OEM only) and Select, go to the Rock Shox website . 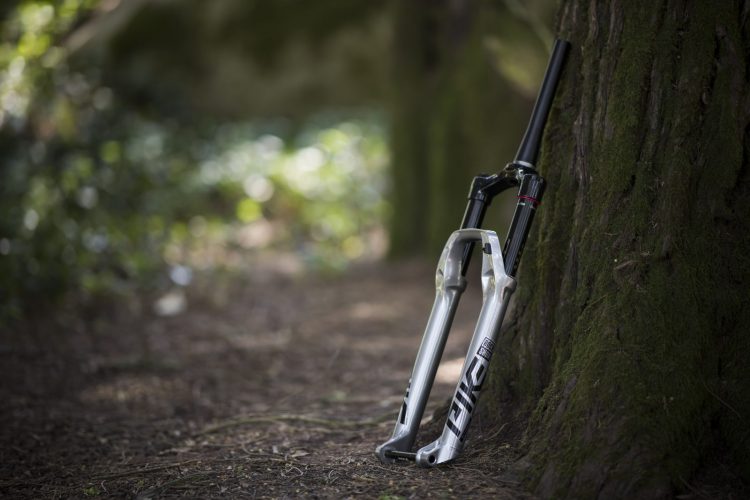 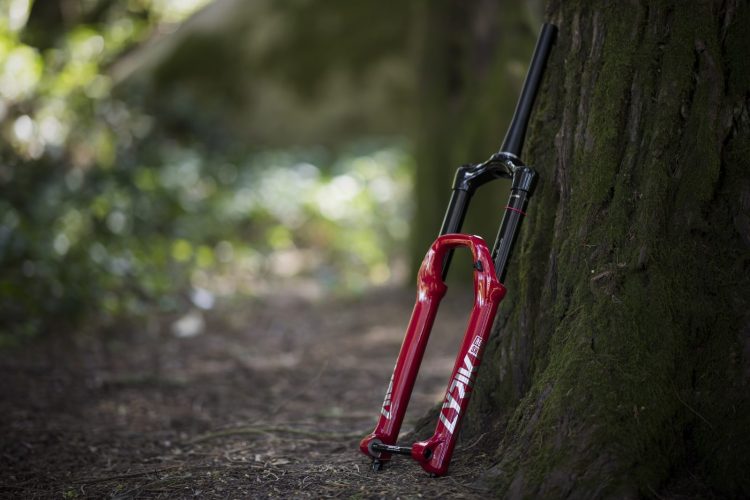 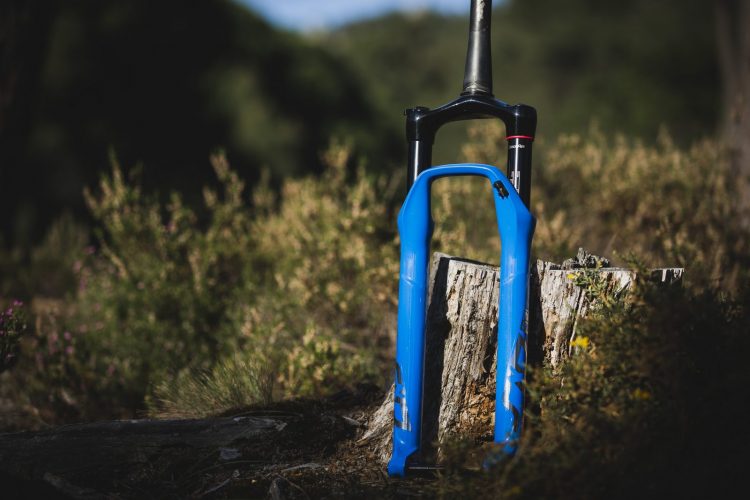 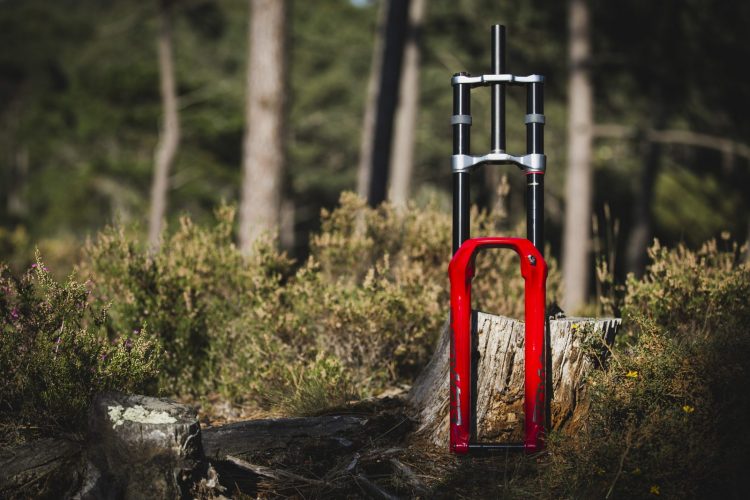