With Winter well underway here in the Northern Hemisphere, we’ve found ourselves riding in the rain occasionally, and frequently layering up for warmth while doing our best to stay dry in the prime conditions. There is a rather large range of aftermarket gear available to mountain bikers these days. Over the years, we’ve used everything from a sub $40, disposable rain shell, to super high end cycling specific jackets that cost 10X as much. Right in between that broad spectrum lies the Troy Lee Designs Ruckus Jacket at $155. Over the past few months we’ve been throwing ours on for the wetter rides. Here’s a look at how it kept us dry. 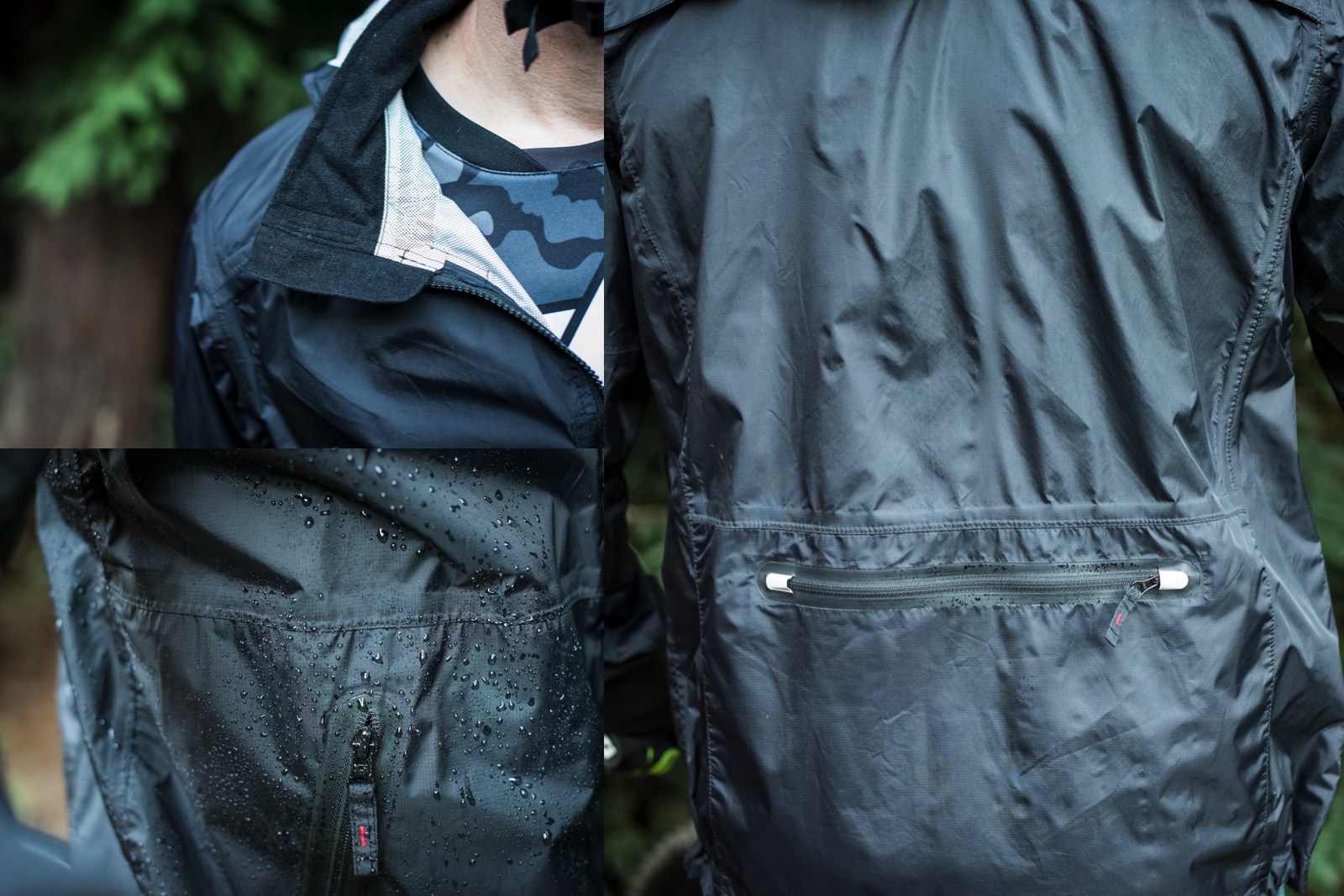 Right away, you’ll notice how light the Ruckus is, and it should be; there is no reason for a shell to weigh much.  It  checks all the boxes while fitting comfortably;  a touch on the roomy side.  The removable hood fits nicely over the average half lid without being bulky, nor restricting you from moving about and glancing around the trail.  The collar lining is nice and cozy on your chin/neck and functionally speaking, all the little details listed above seem logical and well laid out without going overboard. 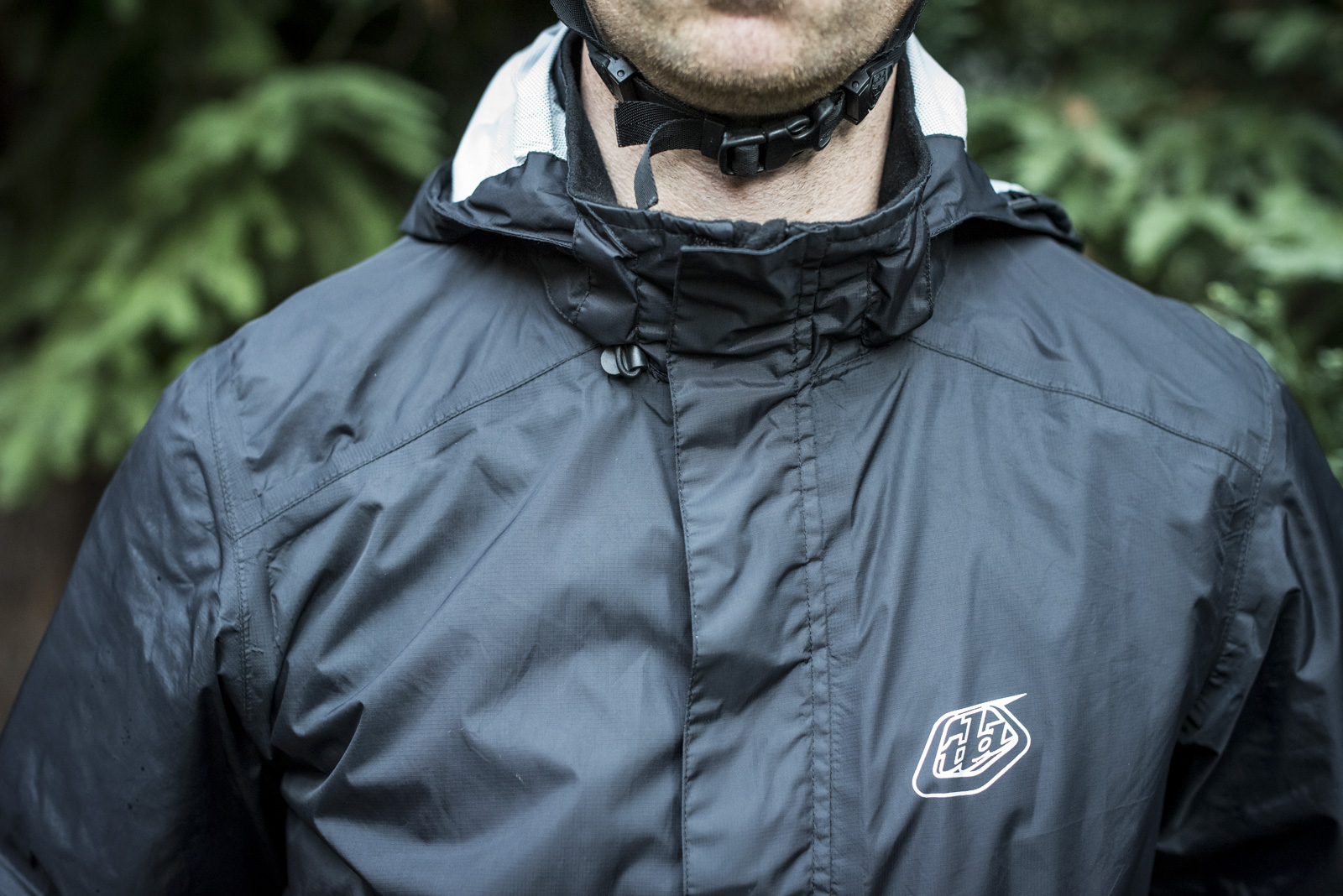 We’ve got to admit, this test was conducted in California through Fall/Winter and sadly, our State is in a bit of a drought.  However, this year has started off great as it’s been an “El Nino” winter.  For those who are unfamiliar, on the west coast of North America, El Nino winters are generally synonymous with tons of rain and huge storms.  This year has been no exception thus far, so we managed to have a handful rides on both the DH and trail bikes with this little number keeping us dry. 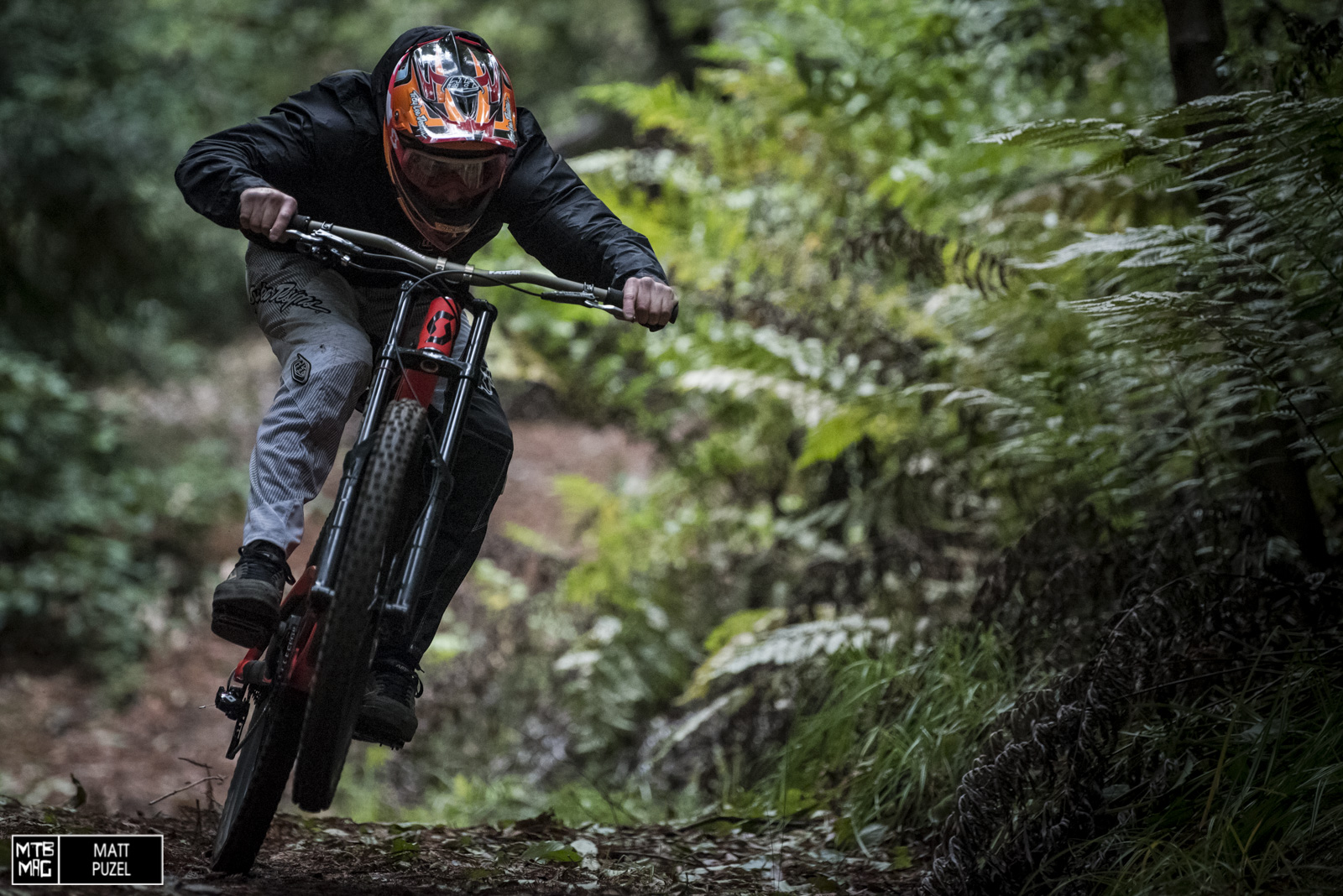 For the most part, we reached for the Ruckus when we were riding dowhill bikes.  In particular, when doing shuttle runs.  We found it to be anything but restrictive and it really just felt like a second skin that kept us dry and a touch warmer in the wind.  While temperatures aren’t generally that cold in coastal Northern California, we do have our mornings and evenings that can be  biting.  Generally it was either during, or shortly after a light rain that we ended up wearing this shell on a trail ride.  In many cases, on a long ride it’s important that you can strip down as you warm up, or as air temperatures rise.  With that in mind, packability is important.  The Ruckus proved to be minimalist enough that we could jam it in our SWAT pocket or shove it into a hydration pack whenever necessary. We liked the idea of having a cargo pouch out back, although we didn’t really use it.  More importantly, in the same proximity the vent above it added to breathability without compromising water resistance.   The Ruckus has held up well but admittedly we haven’t had an huge crashes in it.  We’ve smacked our shoulders on a few trees and had a few mellow get offs though.  It’s showed no sign of weak construction and has held up fine.  All of the tape on the seams remained intact and not one thread has unravelled, nor have any of the waterproofed zippers jammed.  However, with that in mind, it doesn’t matter if a jacket is dirt cheap or super high end,  all it takes is the right (or should we say wrong?) kind of crash for it to tear.  Water resistance was top notch and although TLD doesn’t state whether the ruckus is “water resistant” or “waterproof”, the shell kept us dry at all times and did a fairly good job of dissipating sweat and moisture from the inside.  Generally, by the time we were hot enough mid ride, it was time to take it off and stow it.  On the rainy days where we were running a bit warm but needed to leave the jacket on, it was better than the alternative of being flat out soaked and we never really overheated

As mentioned earlier, the Ruckus sits comfortably in the middle of the range of what most cyclists are willing to spend on a shell.  The fact that it’s got some bicycle specific features make it worth spending a bit more coin on compared to your average cheapie jacket but you won’t break the bank.  It’s comfortable, you can fit the hood over your helmet or just remove it altogether if you choose.  It’s lightweight, packable, fairly breathable and keeps the water out.  It fits well, the styling and branding are subtle and classy.  There isn’t much more that you could ask for in a cycling jacket.  For the super picky crowd that wants name brand waterproofing like Gore Tex, go ahead and spend 3X the price if that’s your thing, but for most intents and purposes this will get you through a few winters and leave you smiling.