We have to admit – it’s hard to contain our excitement over the massive improvements that the 160mm, “do it all/Jack of all trades” category has seen in the last couple of years. Although most of you are quite sick of hearing the “E-word” by now, we must give credit where it’s due and tip our hats to it’s rise in popularity. Because of the recent explosion of enduro racing, manufacturers have been pushed to concentrate their R&D efforts on the long travel segment of the trail bike market. When bicycle companies push each other while vying for podiums and bragging rights, guess who wins? That’s right – you, the consumer. 2014 and now 2015 model years have proven bountiful in producing super capable, well rounded bikes that come in sub 30lbs, climb really well, shred in a bike park and can be ridden down 90% of the trails one would encounter. Within that category, Trek’s bread and butter bike is the Slash 9.8 Carbon 27.5″. With a proven parts package bolted to a carbon fiber frame with aggressive geometry coming in at a really competitive price, it certainly stood out to us. 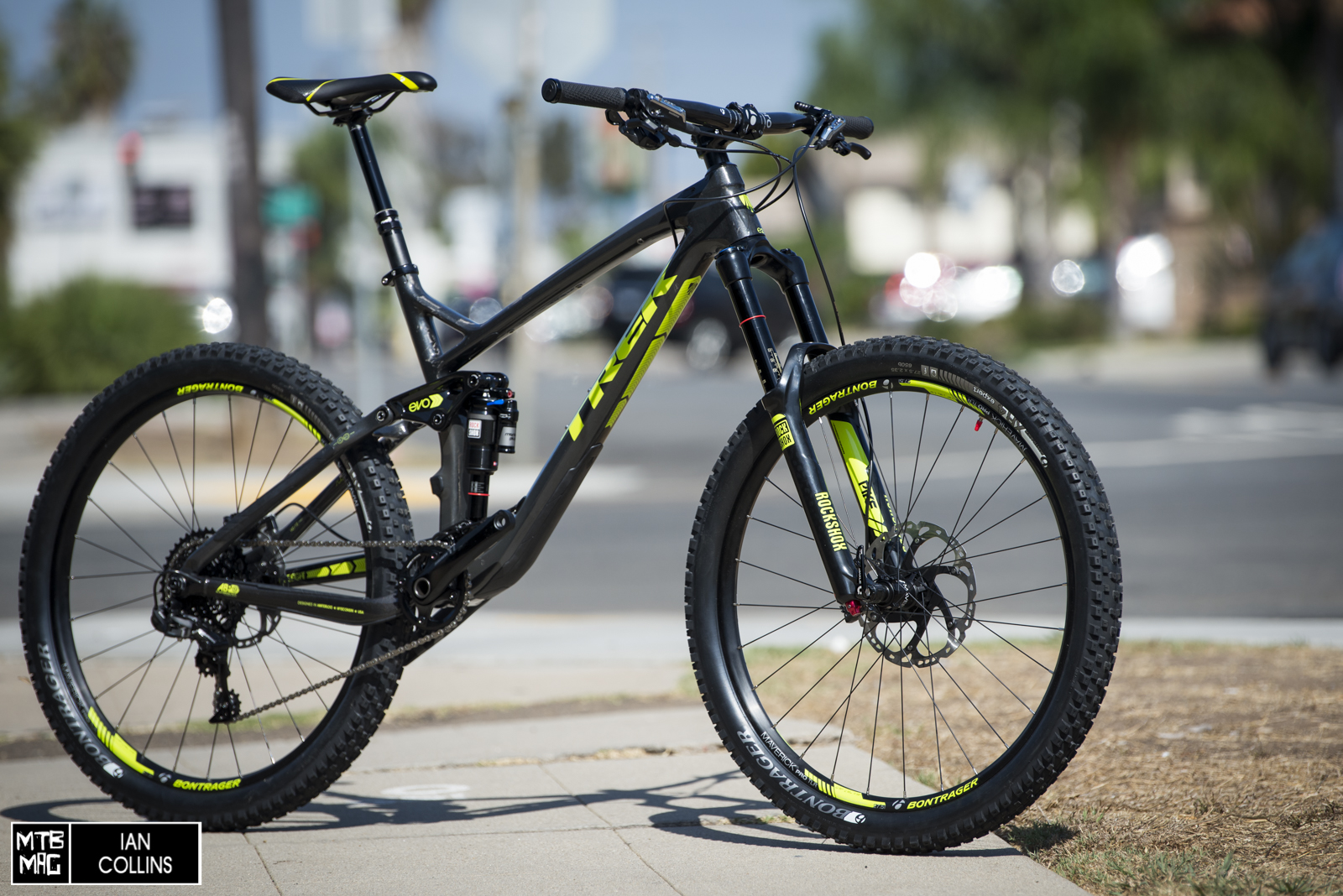 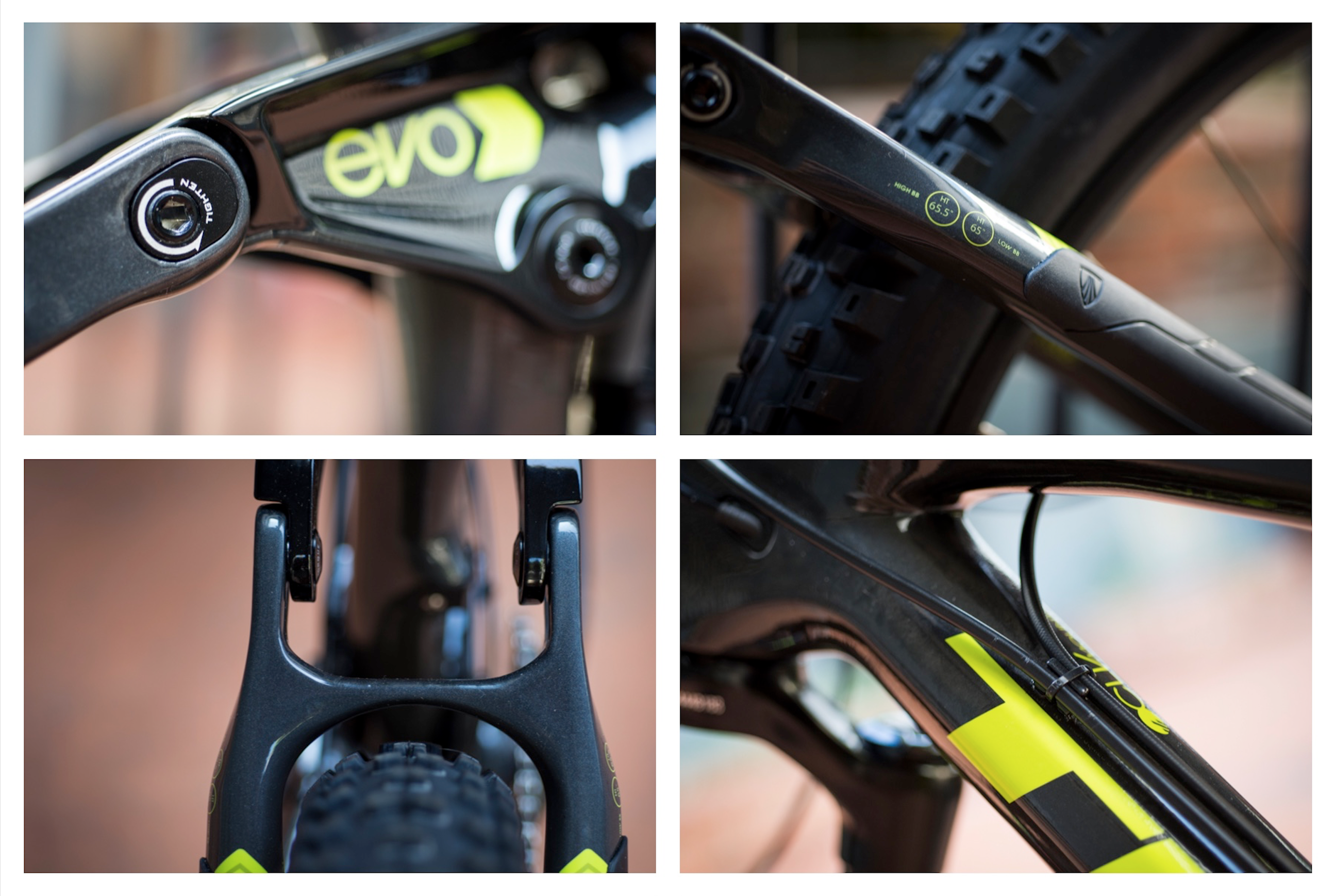 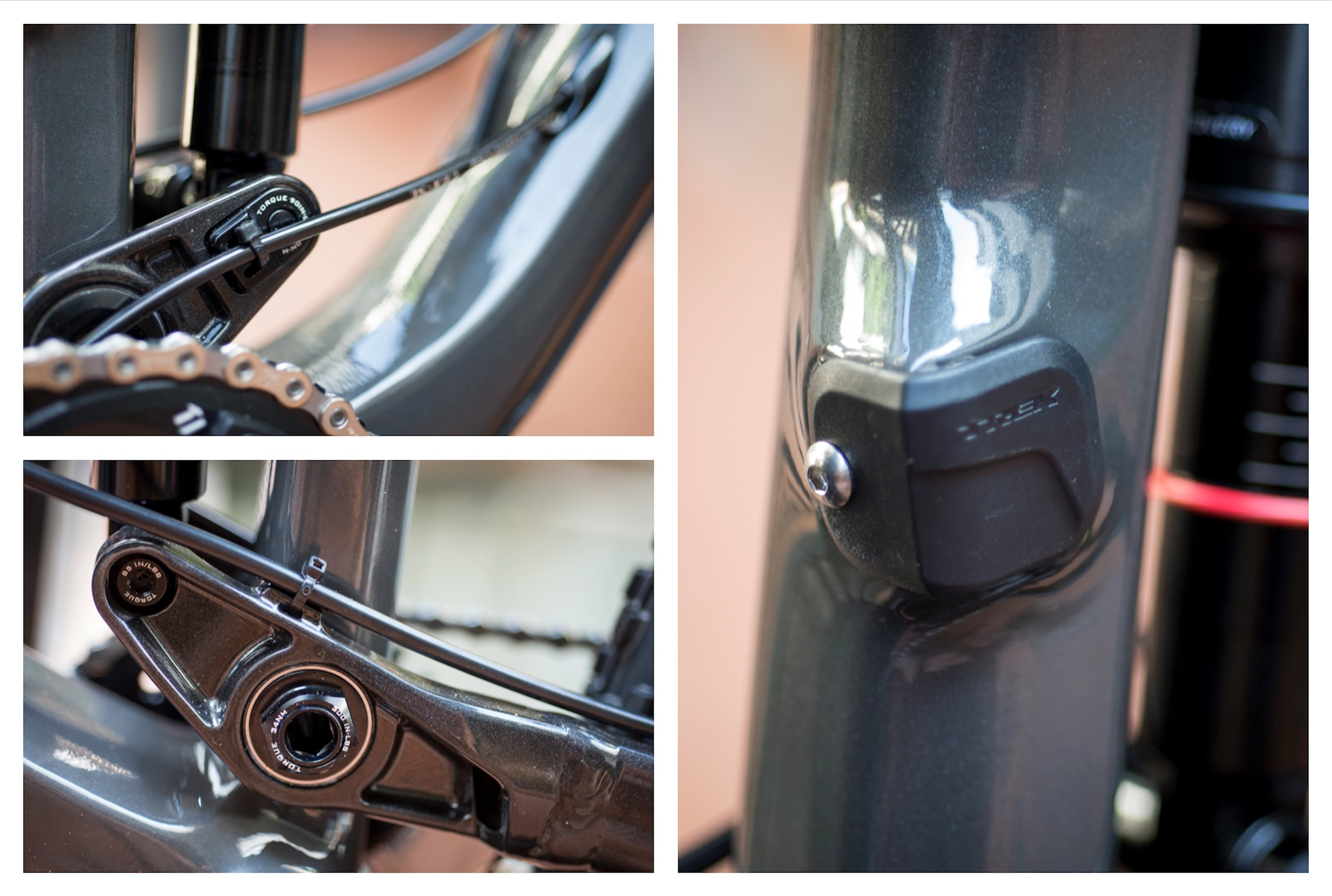 Out of the Box

The Trek Slash 9.8 utilizes the same frame Rene Wildhaber races the EWS on. It’s a 160mm travel bike with 27.5 wheels and aggressive geometry. It’s staunchly aimed at the enduro race/all day/big mountain bike crowd. The first thing that caught our eye on this bike is the attention to detail. Starting up front, the headset and E2 headtube meld together perfectly in terms of aesthetics. Working our way down, the carbon front end features clean lines and a logical and tidy cable routing with a mix of internal and external options. A clean front derailleur mount and it’s respective plug grace the seat tube above an internal dropper seatpost routing. The chainstays are aluminum and rotate on the advanced braking pivot(ABP) concentric to the rear hub. Above them, the nicely protected carbon fiber seatstays link up with the magnesium EVO link via an adjustable flip chip which fine tunes the bottom bracket and head angle. 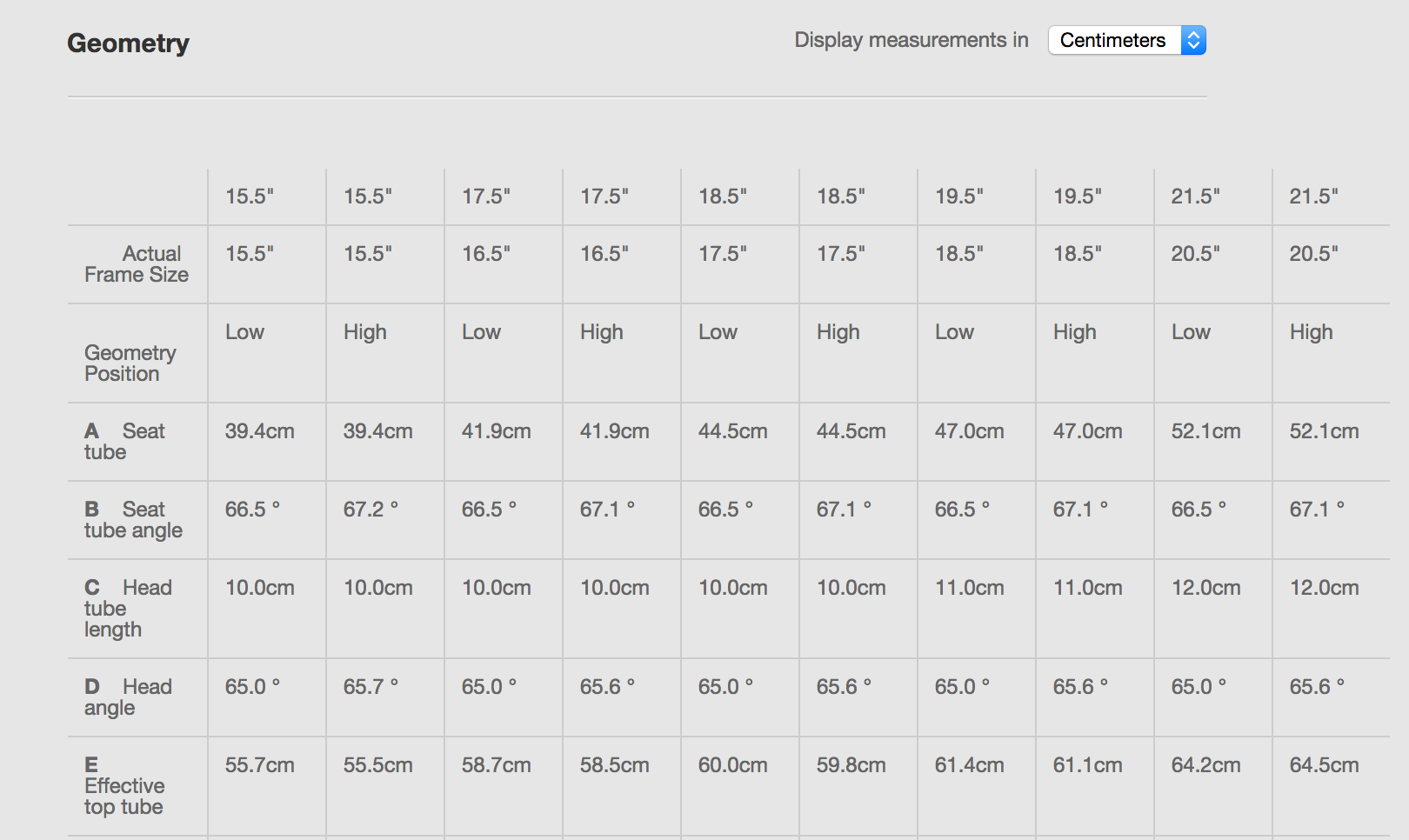 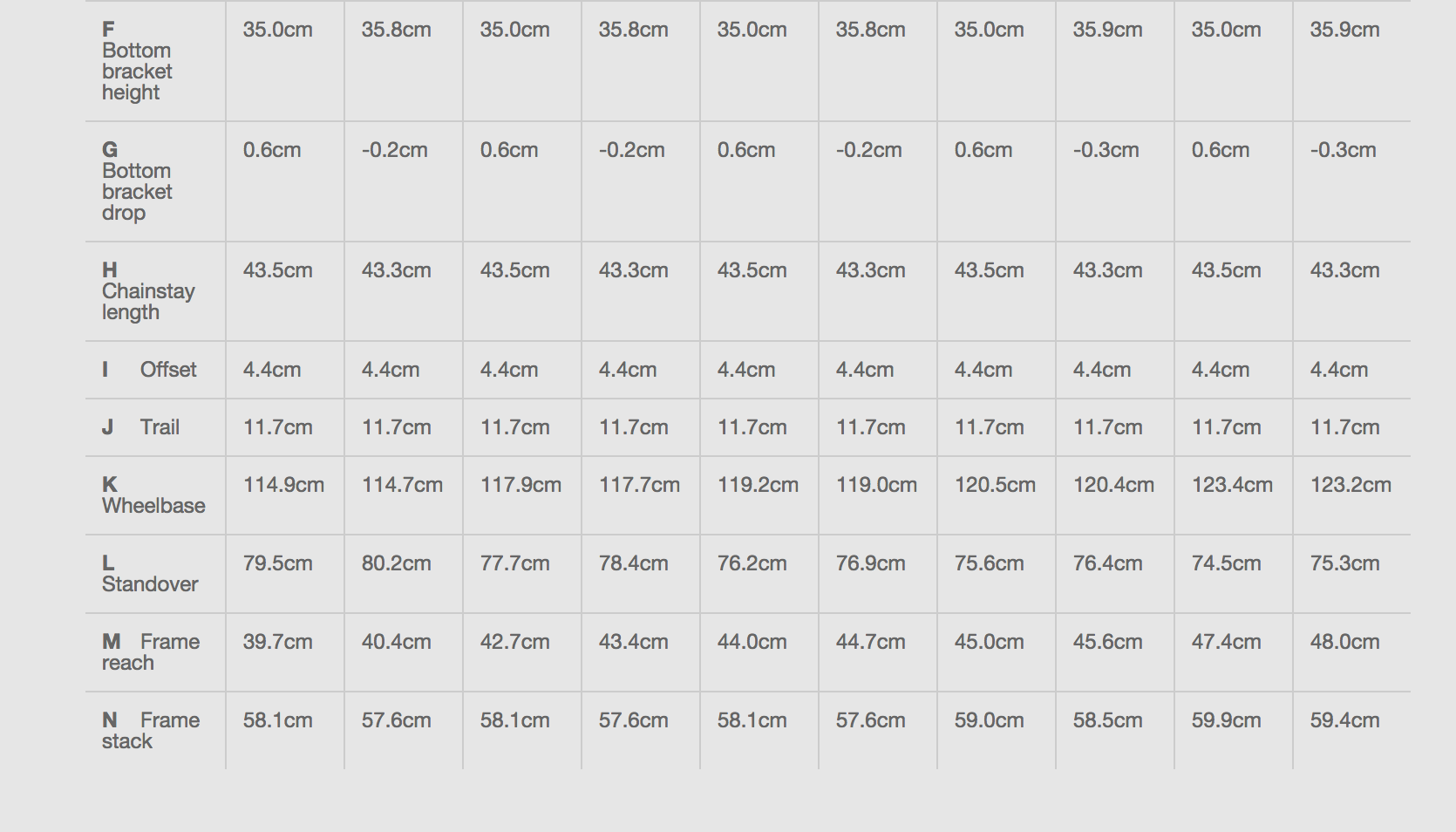 We felt Trek has everything just about perfect here. We loved that the flip chip’s adjustment is subtle. All too often, bike manufacturers design bikes that utilize some sort of adjustment that goes from one extreme to another. The single adjustment takes the head angle from 65 degrees with a -2mm bb drop to 65.6 degrees and a +6mm bb drop. We thought both settings rode quite nicely, but settled into the steeper/higher setting for the majority of our test. However, for park riding we ended up opting for the slack/low position. Part of our rationale behind primarily using the steeper setting was an attempt to steepen the 66.5 degree seat angle as much as possible(67.1). While, overall we praise the geometry of the Slash, we did find the seat angle to be a bit slack. Historically, bikes with this much travel have been too relaxed in this area. Recently however, many bikes in this category have been adapted to seat angles in the 73-74 degree range in order to help distribute rider weight forward for more efficient climbing. At 6 feet tall, our test rider opted to slide the rails of his saddle quite a ways forward and managed to work around it just fine, but it is worth mentioning as the only slight geometry nuance we would change. 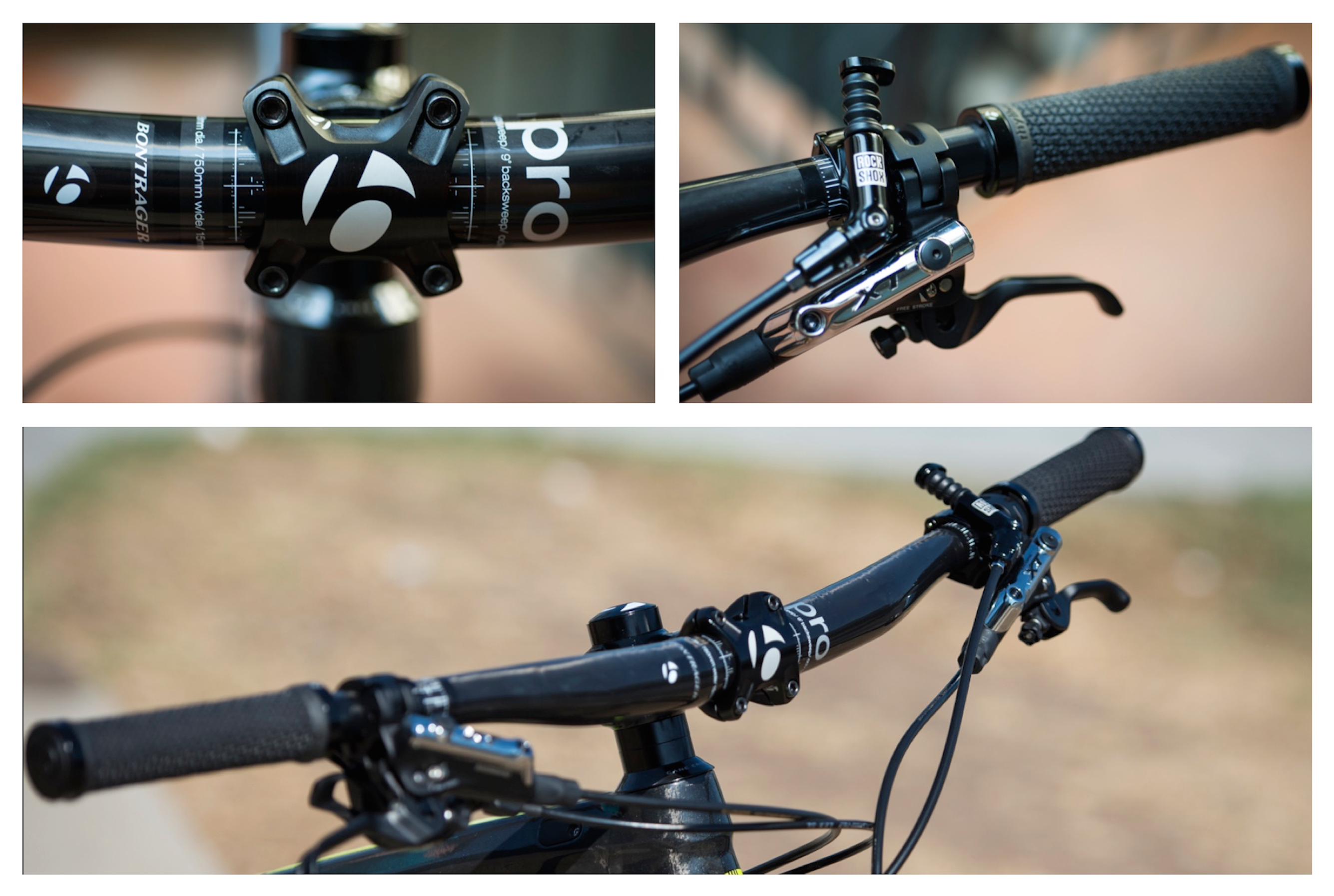 The Slash 9.8 came well stocked with dependable, utilitarian bits. Shimano XT brakes are proven and reliable. The 200mm rotor up front mated to a 180mm out back was just right in terms of power. The modulation and lever feel on these stoppers are top notch and we found no flaws in them during our test. One minor quip is the mix of SRAM and Shimano bits. The placement of shifter lever and brake levers do become a bit limited as the two systems weren’t co-designed to share the same real estate. We still had plenty of room to set our cockpit up as we liked, but it’s worth mentioning.

Moving toward the drivetrain, the full SRAM X1 package has proven to work just as nicely as the XX1 package for us albeit at a lower cost and nominal weight penalty. Crisp, precise shifts and a nice range provided by a 32tooth up front with the 10-42T rear left little to be desired in the drivetrain department. While Trek opted to leave the bike free of a chainguide, we would have liked to see something on there. SRAM’s 11 speed group is damn good, but we have thrown chains on other bikes multiple times with the same drivetrain. Additionally, a low profile guide to provide some protection against the occasional errant rock strike is a good way to guard your investment. Not a huge deal though – the frame does feature ISCG-05 tabs so it would be an easy fix to just bolt one up.

While the cockpit didn’t have us salivating, it was sturdy and got the job done. Something has to give on a bike with this much value – generally it’s things like bar, stem, grips etc. Anyhow, the 750mm wide Bontrager bar was a good width for most trail riding applications. It was light and stiff, but we found the 15mm rise to be a bit low, and the claimed 9 degree back sweep felt a bit more extreme than that. That’s a trivial matter in the grand scheme of things. Moving on to the wheels – The Bontrager Maverick Pros had a really good trail feel. The wide off center rim was stiff enough for even the harshest, loose chattery turns – an area where many 27.5″ aluminum rims generally suffer. The consistent tracking was warmly welcomed. Our only gripe was the not-so-fast engagement in the freehub. We found no issues with the freehub itself, but on high end bikes such as this we’ve gotten accustomed to more points of engagement on the technical climbs. The saddle and grips got the job done and the tires provided quite a bit of grip considering how hard the compound was – on the bright side, they won’t be going bald very quickly. All in all a solid parts package considering the value of the bike. The only small gripes we had were with the small bits that most people end up swapping out to suit their personal needs anyway. The price to performance ratio here is amazing. 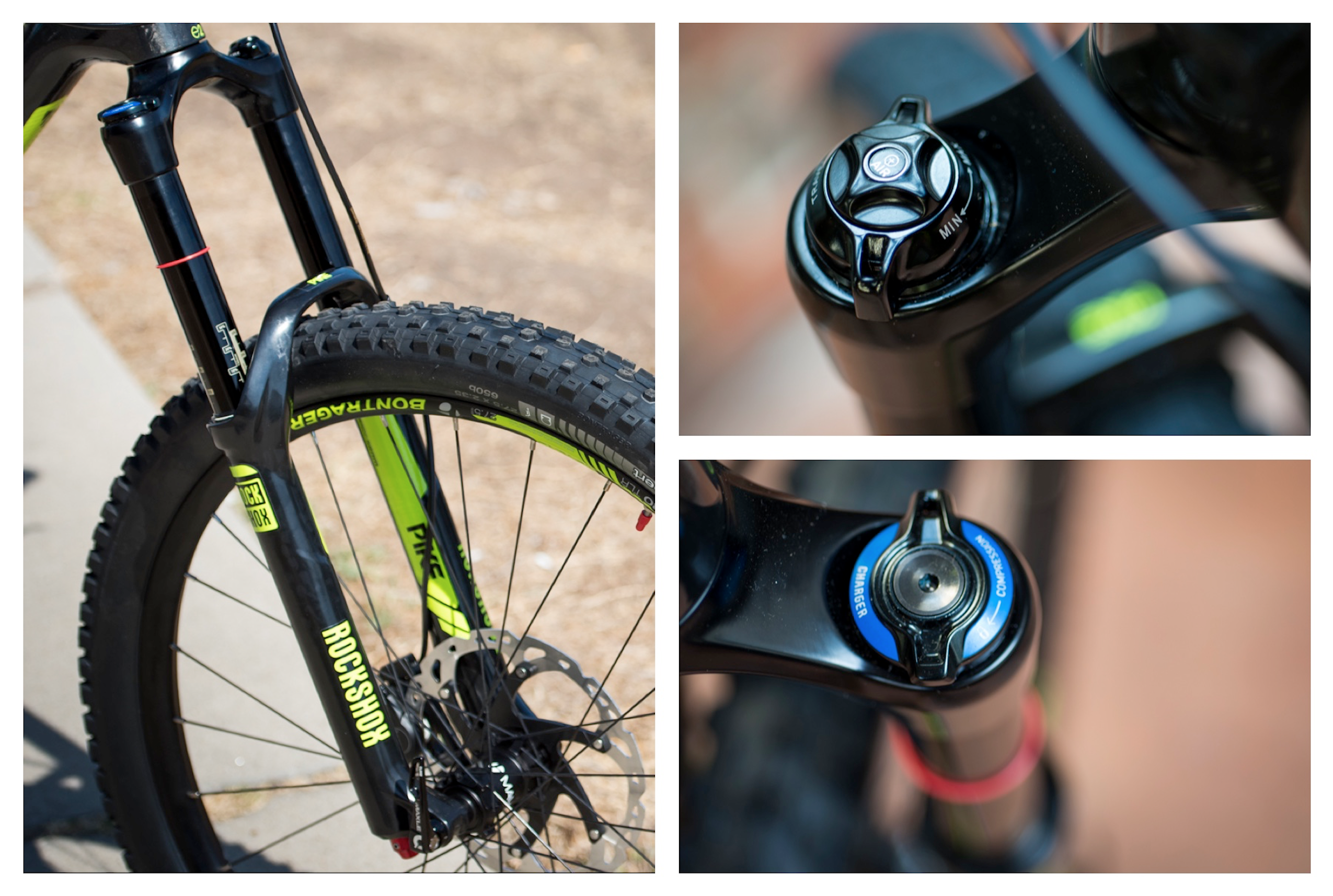 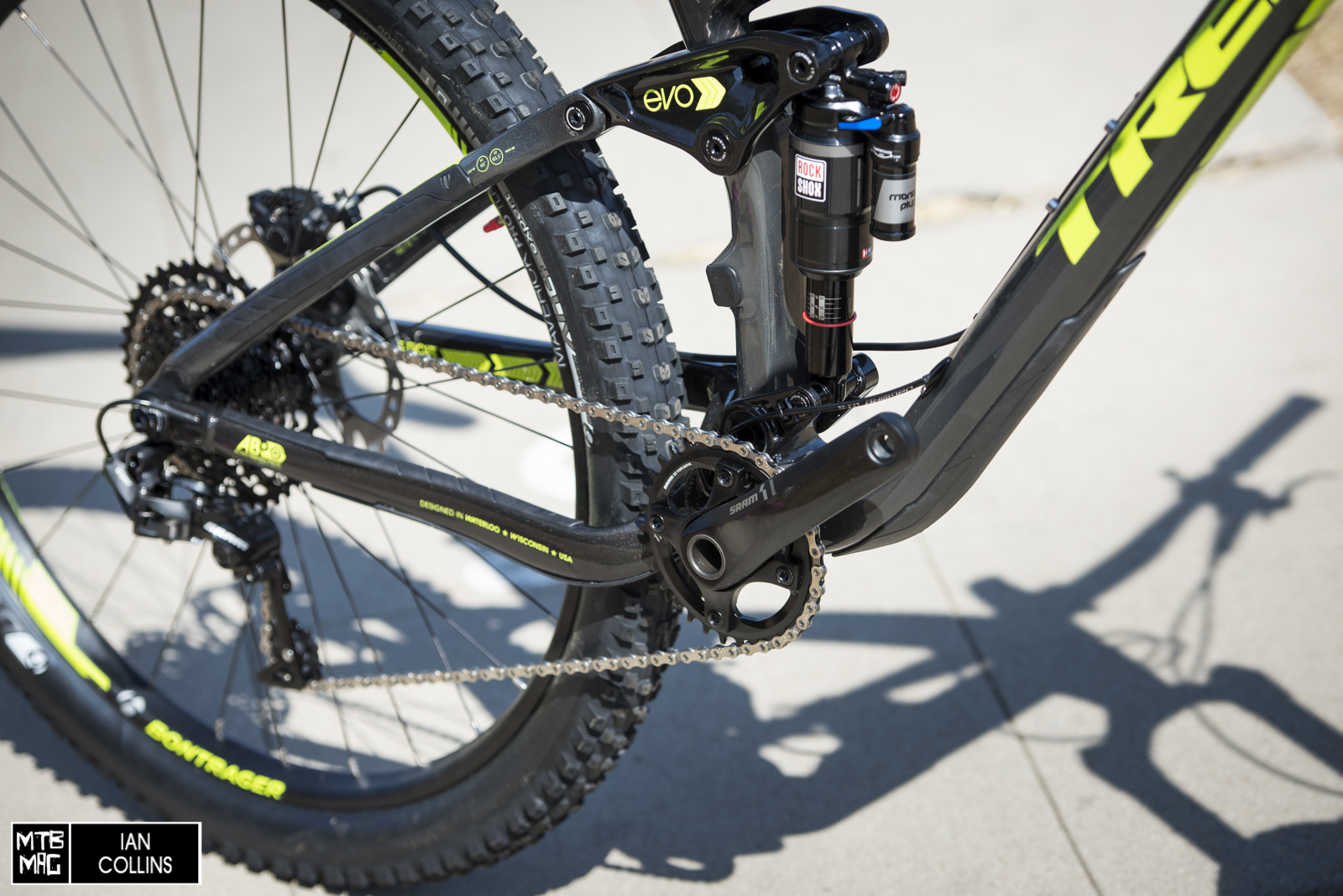 Nothing but praise here. The Pike fork is a proven staple which we found no flaws in. It’s stiff, light and has a good progressive feel with just the right amount of adjustments. Although it utilizes a 130mm/160mm travel adjustment, we never felt the need to use it, partially due to the already low front end. For some it will be warmly welcomed.

Moving to the back of the bike we must say, we’re huge fans of the Monarch Debonair rear shock. It truly is a miracle shock capable of transforming and improving many bikes in this category. The high volume negative spring helps the air spring feel much more like a coil off the top of the travel. It doesn’t have the typical sticky seal feel that’s synonymous with most air shocks. The debonair version of the monarch also works wonders for the progression. Light off the top, supportive in the mid stroke without feeling hammocky, but plenty resistant to bottoming on the big hits. It was perfect.

Since the seatpost has air and oil in it, we figured we’d discuss it in the suspension category. The Reverb is the gold standard in the dropper post world and proved to function perfectly throughout the duration of our test. The Slash comes spec’d with the 125mm version – we think that’s the perfect amount of adjustment. The internal routing helped keep everything looking svelte and uncluttered, that’s always a good thing. 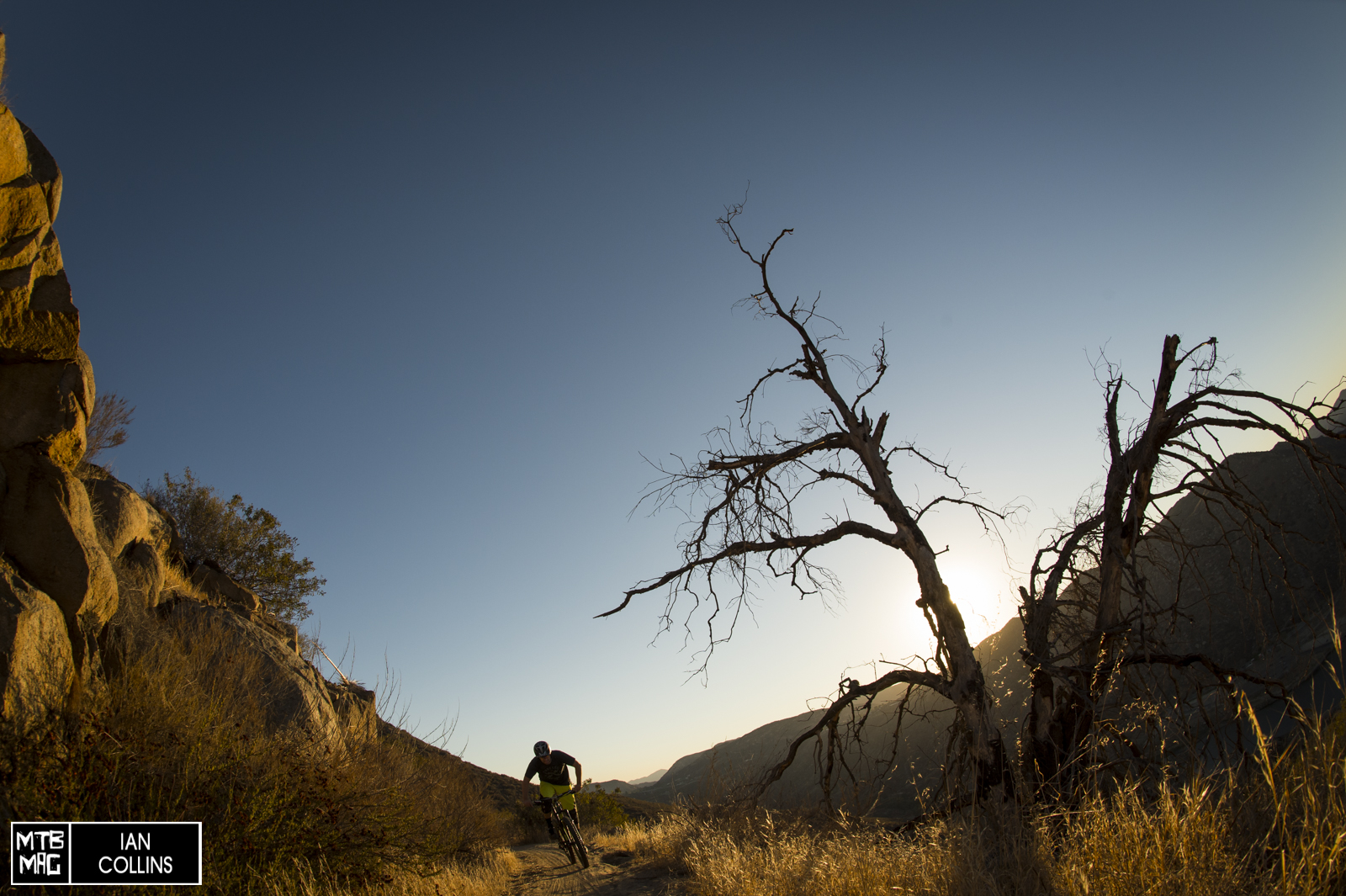 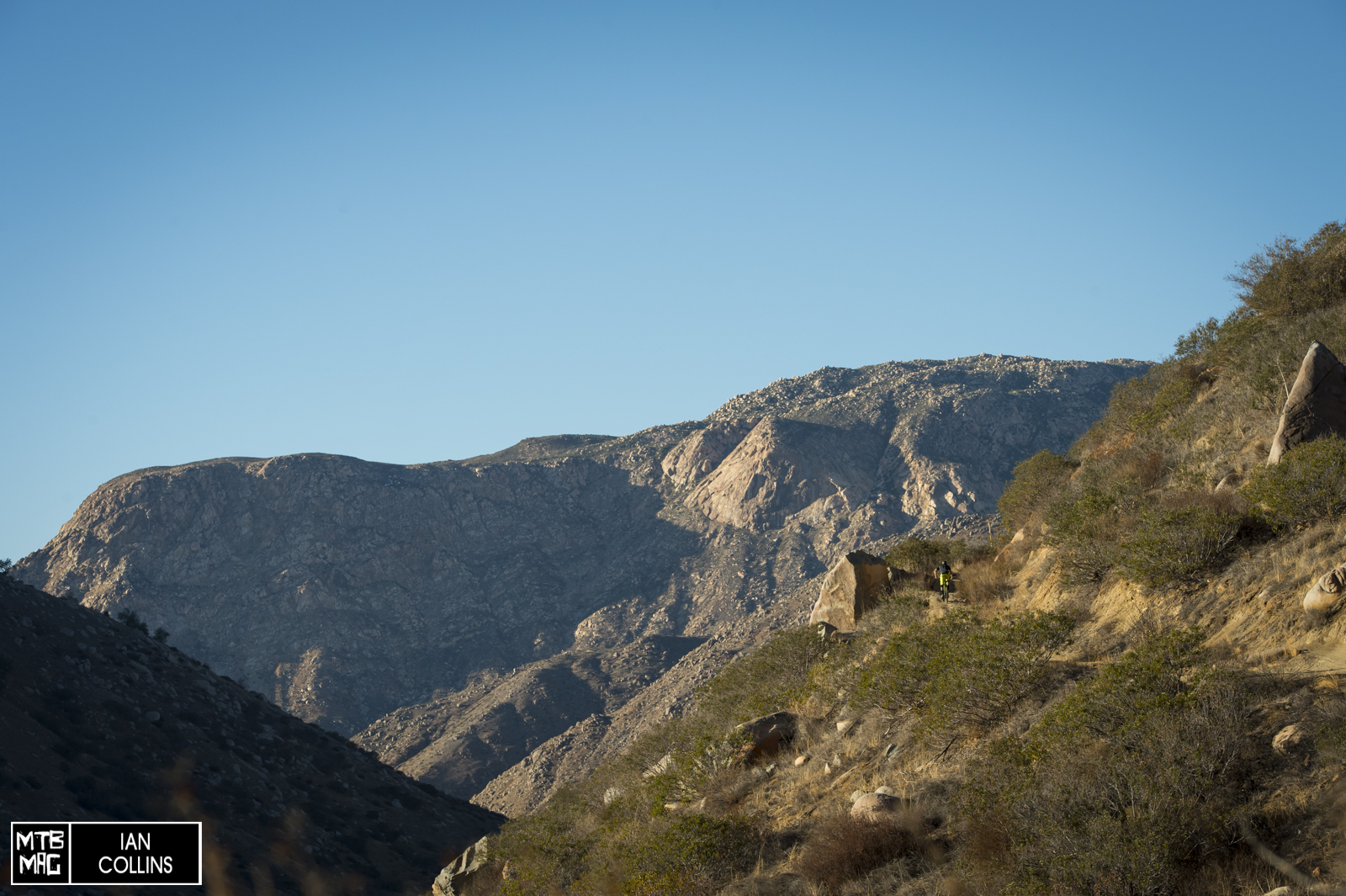 This is the one area that really caught us by surprise – the Slash 9.8 is the best climbing 160mm bike we’ve ridden to date. Although we didn’t expect it, we found ourselves utterly floored by it’s climbing prowess. In fact, it was so good that we never even bothered with the 3 position switch on the rear shock. Upon realizing just how neutral the Trek was, we left the compression wide open all the time. We appreciated the extra traction on the techy bits, and never found it a hindrance. It can’t be emphasized enough, this bike was superb on the uphills. As mentioned before, we were wishing for a slightly more forward position while climbing, but that small issue was completely out shined by the bikes brilliantly efficient kinematics. Although this bike was primarily ridden by one tester, he made sure to pass it on to a few riding buddies to verify that he wasn’t crazy. They all came back glowing at how easy it was to get the Slash 9.8 up the hill. 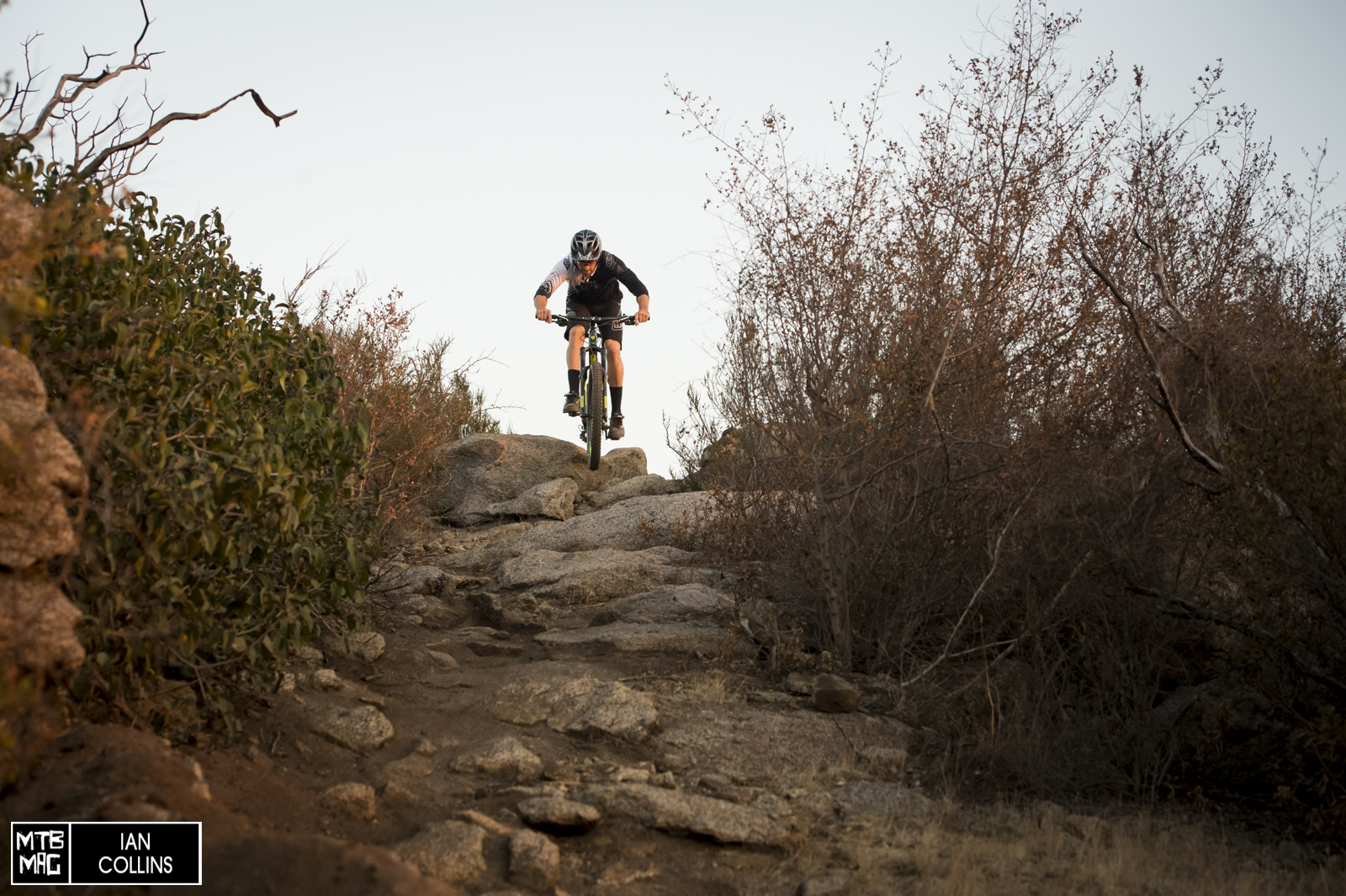 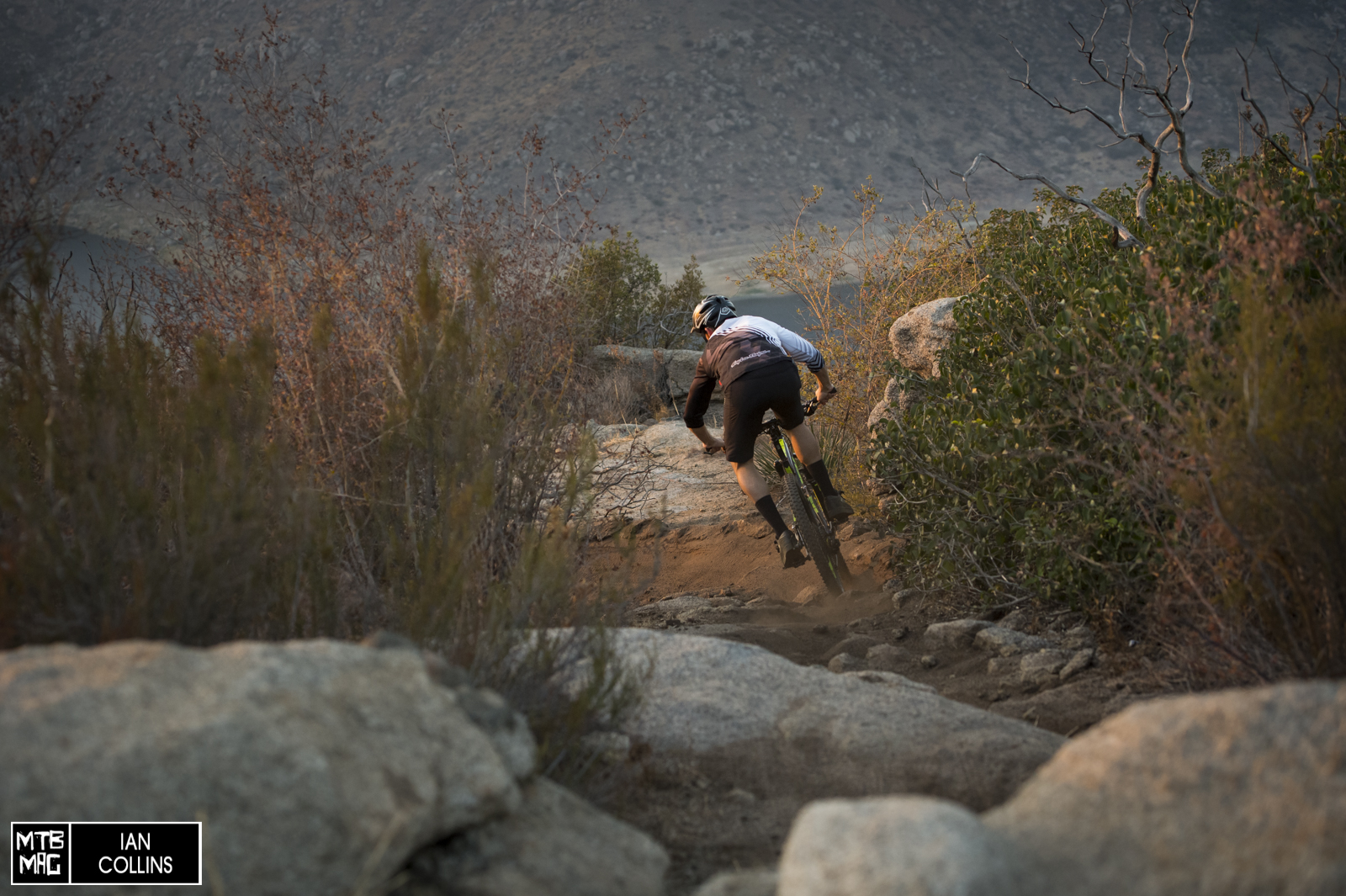 While climbing is relatively simple, there are certainly more variables when rating a bike once it’s pointed downhill – especially one that’s designed with descending in mind. We may as well start with straight lined descents. Simply put, this bike was a plow – it gobbled up everything in sight. Even under hard braking, the Active Braking Pivot(ABP) kept everything 100% neutral and isolated. The relatively low placed single main pivot didn’t get hung up on successive mid sized hits, and provided plenty of relief and traction on the small chatter. The frame was torsionally rigid and didn’t tend to get bucked off line – it tracked straight and true. The carbon fiber layup was snappy and resilient, yet still somehow it was forgiving enough to take the edge off.

Cornering also proved to be very much on point. The 65/65.6 degree head angle was just right – the bike tracked nicely in the rough high speed turns, but didn’t feel floppy in the slow techy bits. The 435mm/17.1″ chainstays were a touch on the long side making it a little tricky to manual. There are bikes out there with shorter stays that handle switchbacks slightly better, but that generally comes with a bit less stability than the Trek offered. It’s a matter of give and take, but we feel Trek struck a near perfect balance in that department

The final descending characteristic that’s worth discussing is how nimble the bike was. The Slash 9.8 truly was light on it’s feet – last second corrections and line choice adjustments were innate afterthoughts. The bike jumped nicely, never feeling bogged down, always resisting harsh bottoming. In fact we were able to err on the softer side, and it never wallowed or felt vague and sluggish, instead it was lively and poppy as could be. Overall, it’s an incredibly agile handler in every aspect. In conclusion, we give Trek the highest praise with the Slash 9.8. They’ve really hit the nail on the head here. While $5,769 isn’t cheap by any means, the value is pretty difficult to beat. The frame and suspension are stellar, as are the majority of the parts. Overall, the only minor quips we had were easy, affordable upgrades that most consumers would be likely to swap out before even riding it off the showroom floor anyway. What matters most is that the key bits on the bike are in it for the long haul. The bottom line is that if you are pondering a bike in this category, the well thought out and versatile Trek Slash 9.8 should be at the top of your short list of considerations.

Weight With inner tubes and no pedals: 27lb 9oz 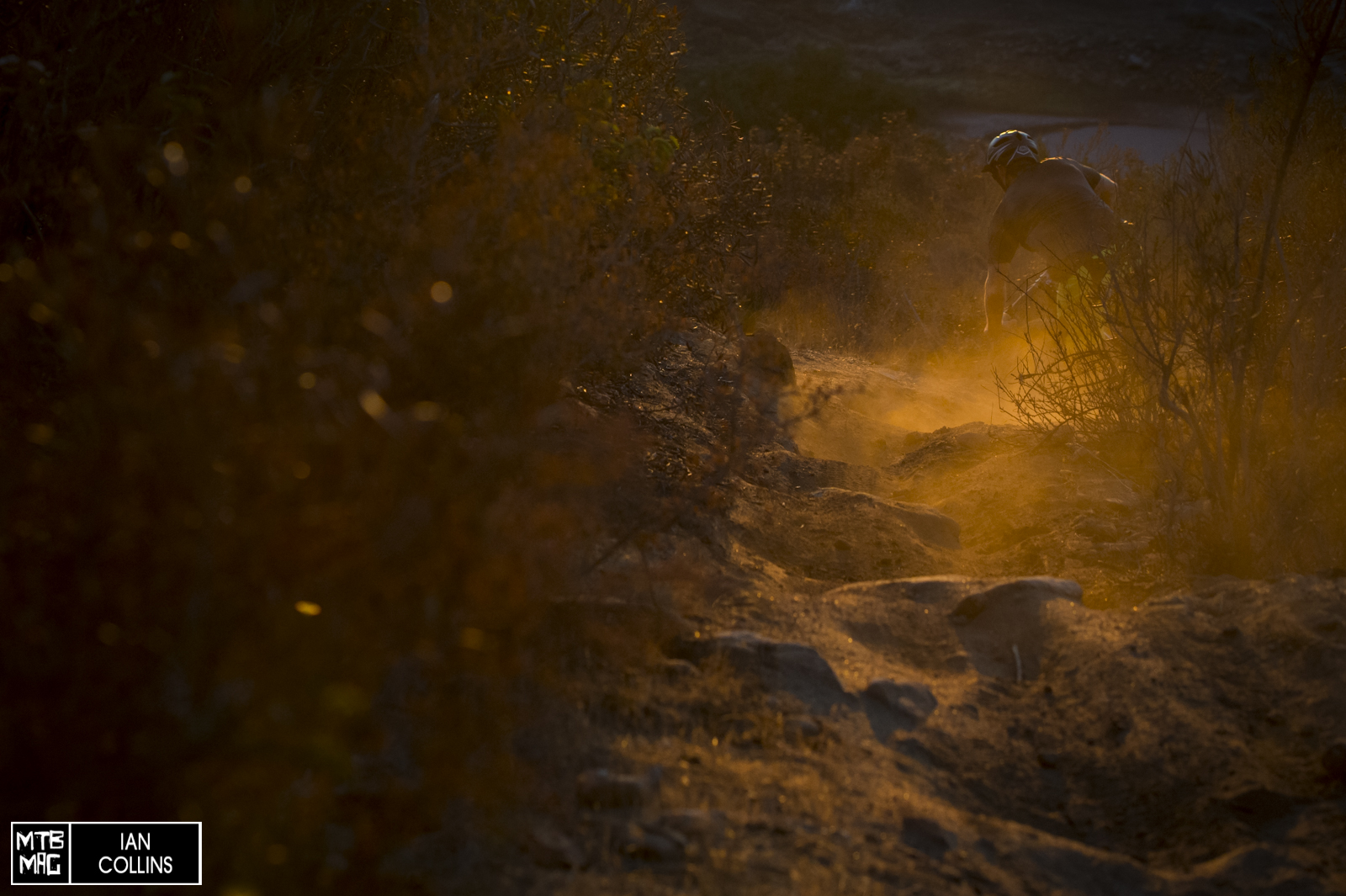