We’ve been spending some time testing the Works Components narrow/wide spiderless chainring lately. Specifically – the direct mount SRAM GXP version in a 36T. While we’re no stranger to narrow/wide chainrings, we were curious about spending some time on some of their latest in direct mounts. A host of companies offer chainrings of this variety we hadn’t heard much about Works’ offering so we decided to reach out to them and shine some light on their beautifully machined piece of kit. 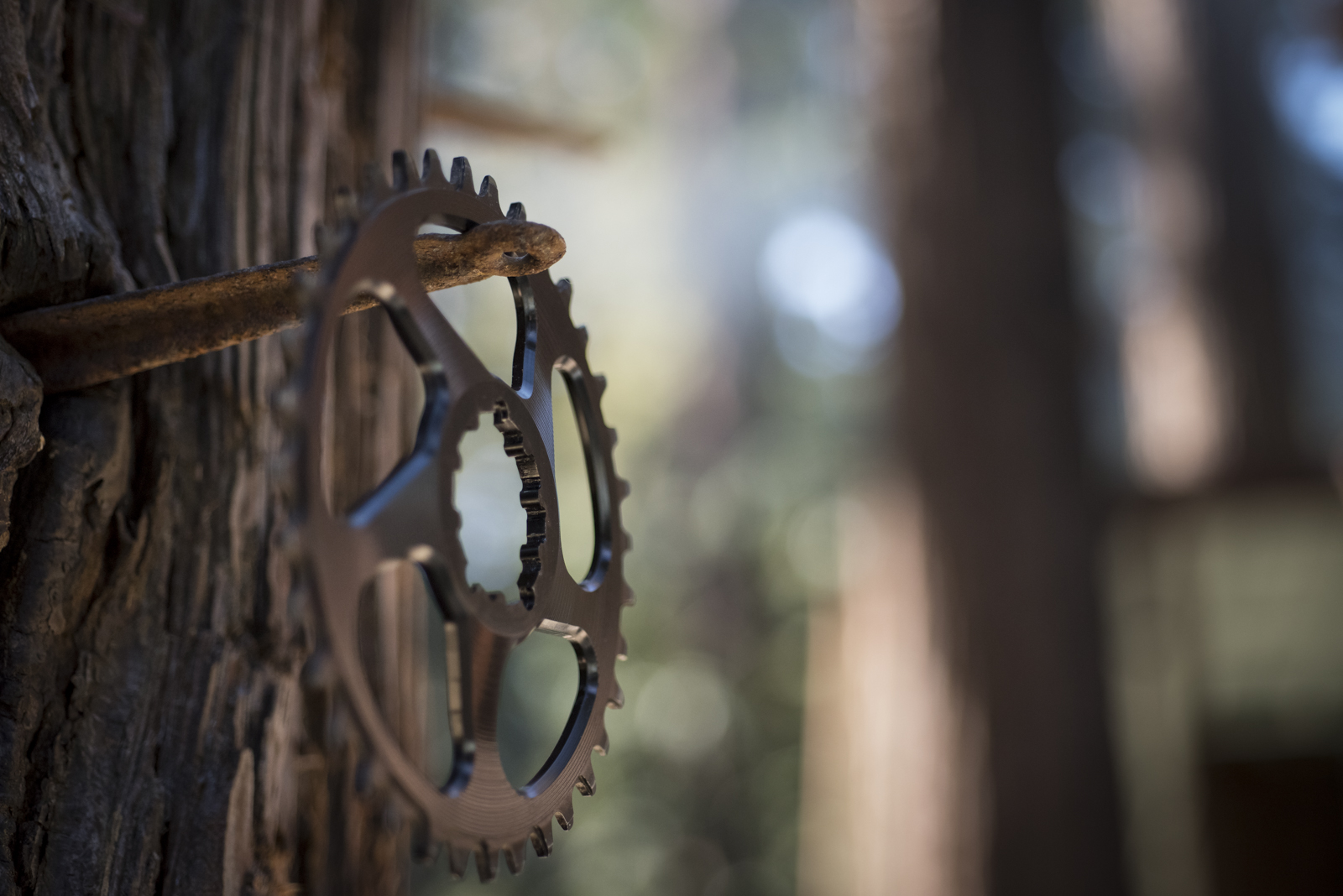 The 5 spoke, one piece ring was quite simple to set up. Basically, after removing the 3 torx bolts that secure the spider on a set of SRAM GXP cranks, the Works ring drops on as a whole singular unit. It would be wise to clean the interface thoroughly, then grease it as well as apply some anti-seize to the bolts to eliminate the possibility of creaking. Once we installed the ring we decided to see how much weight it saved by measuring our old setup. The GXP spider with hardware and a 36T X-Sync Ring was 136 grams vs. the Works ring which comes in at 86 grams. 50 Grams saving isn’t huge but every bit counts. 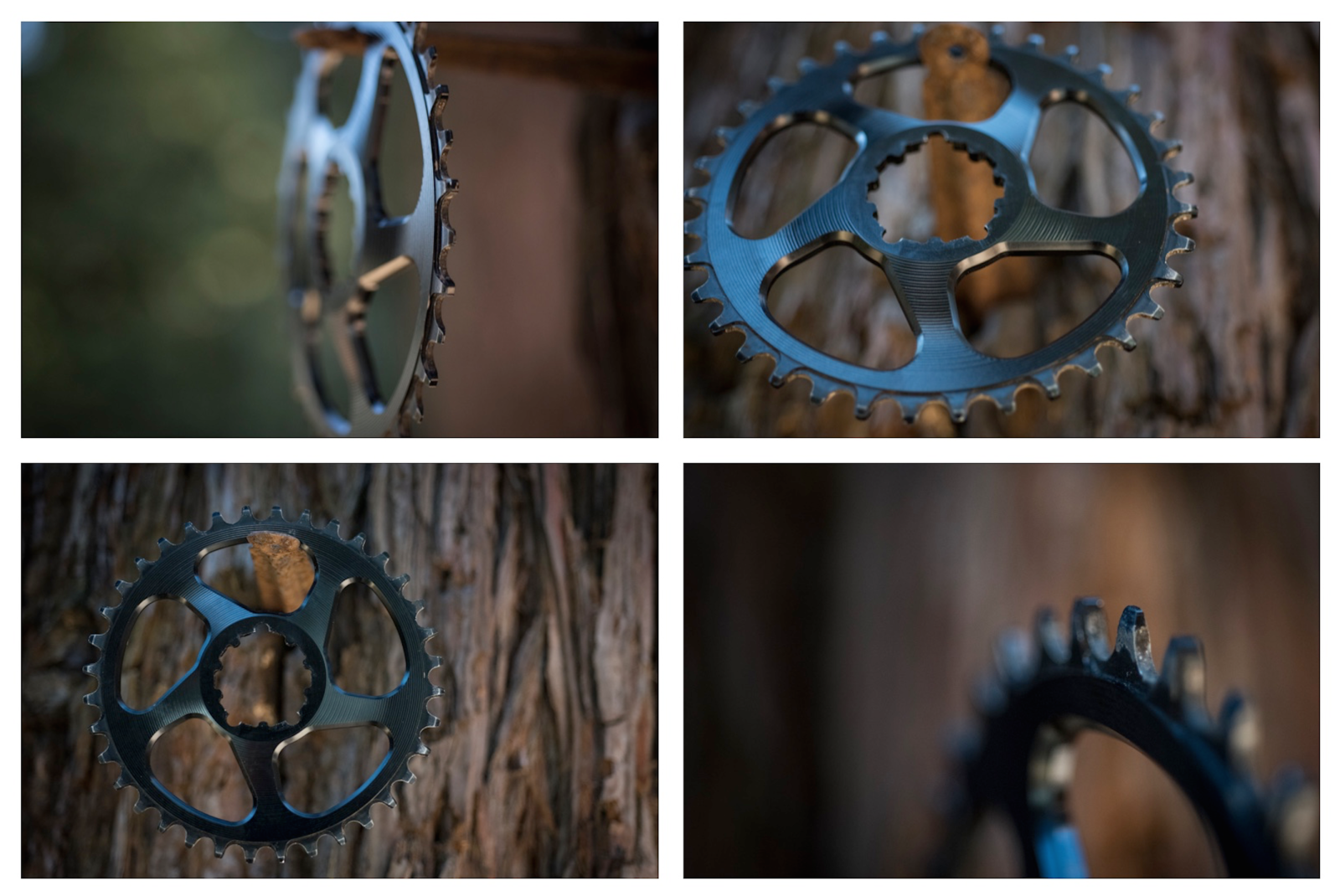 This chainring gives a 50mm chainline which puts it right where a middle ring would be. That meant it bolted right up on our DH bike perfectly and we had no shifting issues due to a perfect chainline. We decided to take our trusty e.13 LG1 off for the duration of this test to really push it and see if it could keep our chain in place without the extra security of a guide. While the whole narrow/wide thing seems pretty straight forward, there are more than one way to execute this concept. The tooth profile of this ring isn’t the same as the original SRAM ring with it’s patented X-Sync technology, nor is it anything like the new Shimano XTR rings. That said, Works took a pretty standard approach and as you can see in some of the macro photos above and below that there isn’t anything wild or crazy about their tooth profile. 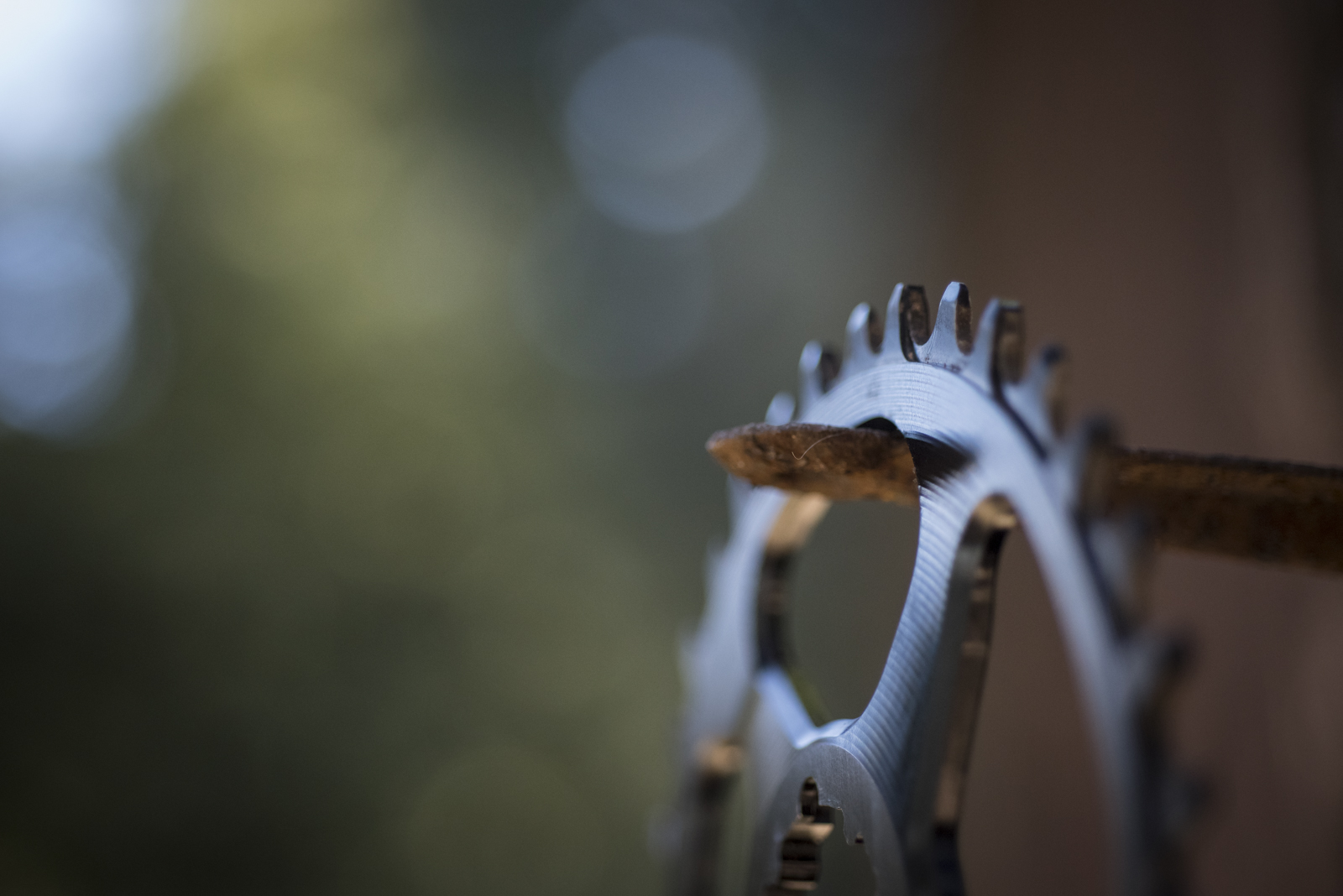 Enough with the tech talk, let’s see how it performed…Our first few days were spent in relatively dry conditions and we were stoked right away. Our bike definitely shifted a touch faster and quieted down a bit without a guide. Should we ride some super aggressive tracks with big rock strikes, we would definitely put the chainguide back on straight away, but most of our testing was in the woods. We still had tons of deep ruts, braking bumps and roots to negotiate thought. Anyhow, as we got deeper into our testing we got a chance to put this to the test in some adverse weather to say the least. As you can see from the pictures below, we were riding in some extreme conditions. We’re happy to report that we didn’t experience a single dropped chain. Our bike shifted flawlessly every single time and never packed up with mud or had issues. Pretty incredible overall. It’s worth stating that we were fortunate to have this ring mated up to the best DH drivetrain on the planet – SRAM’s X01DH. While that helps, we still do have to tip the hat to Works. 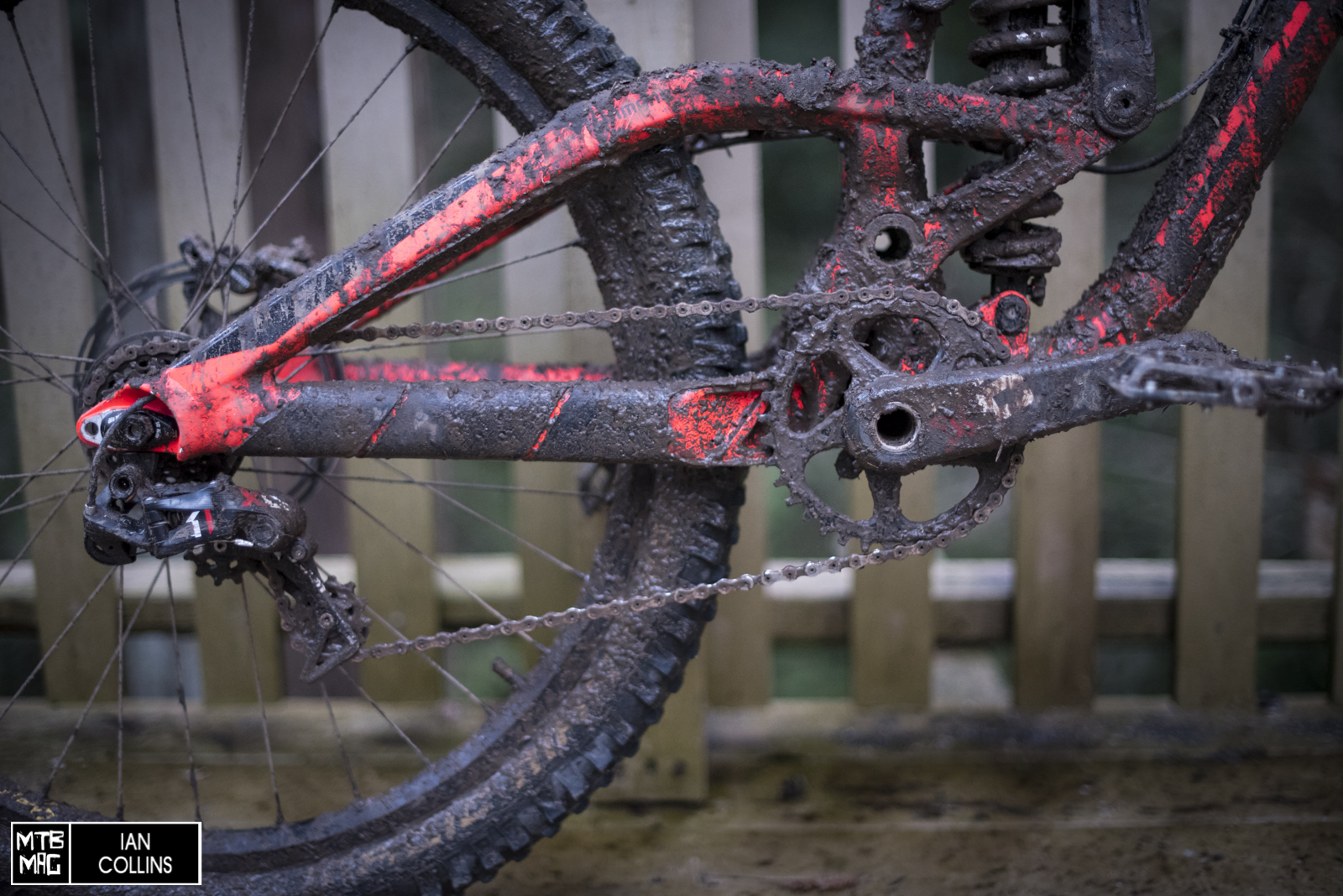 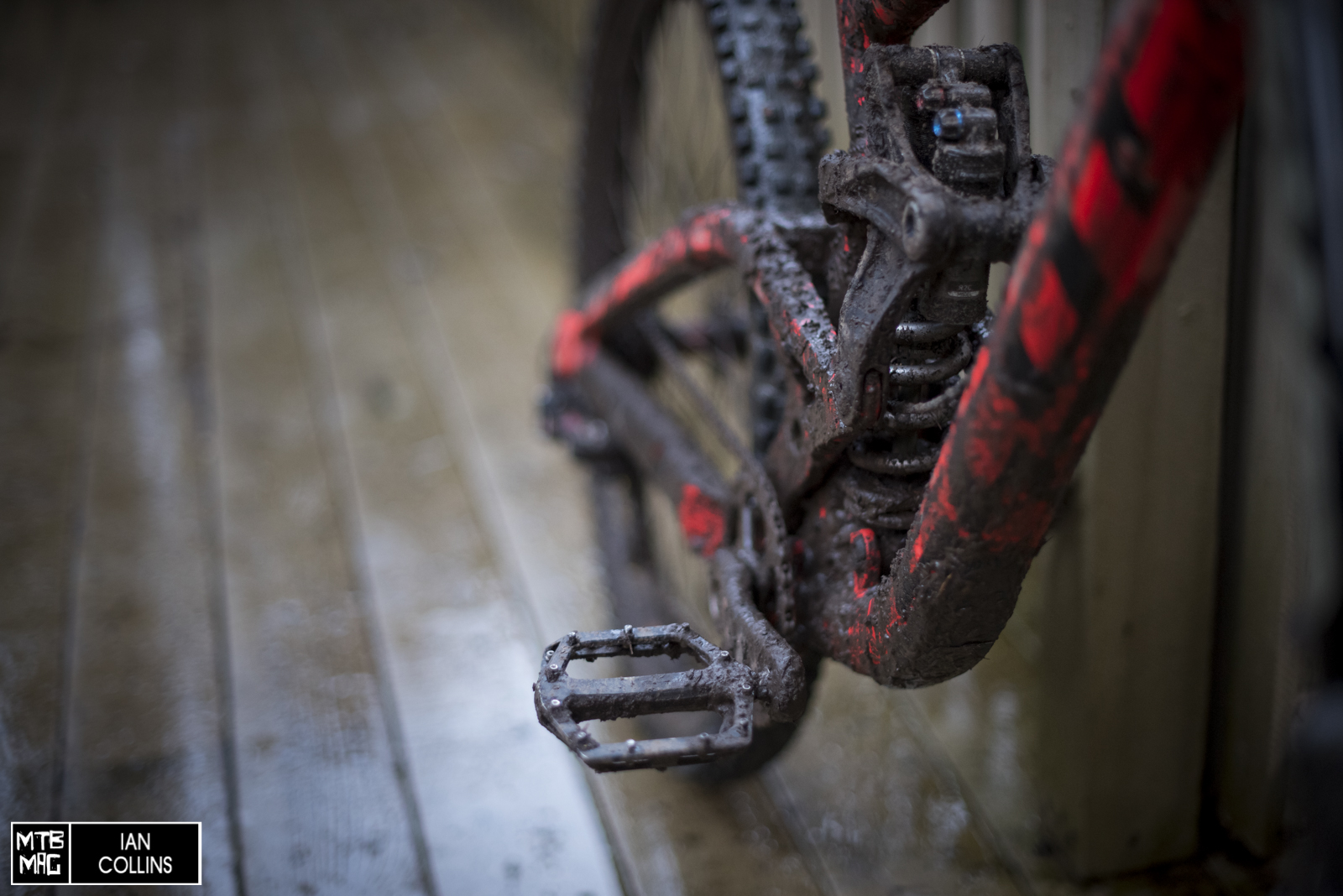 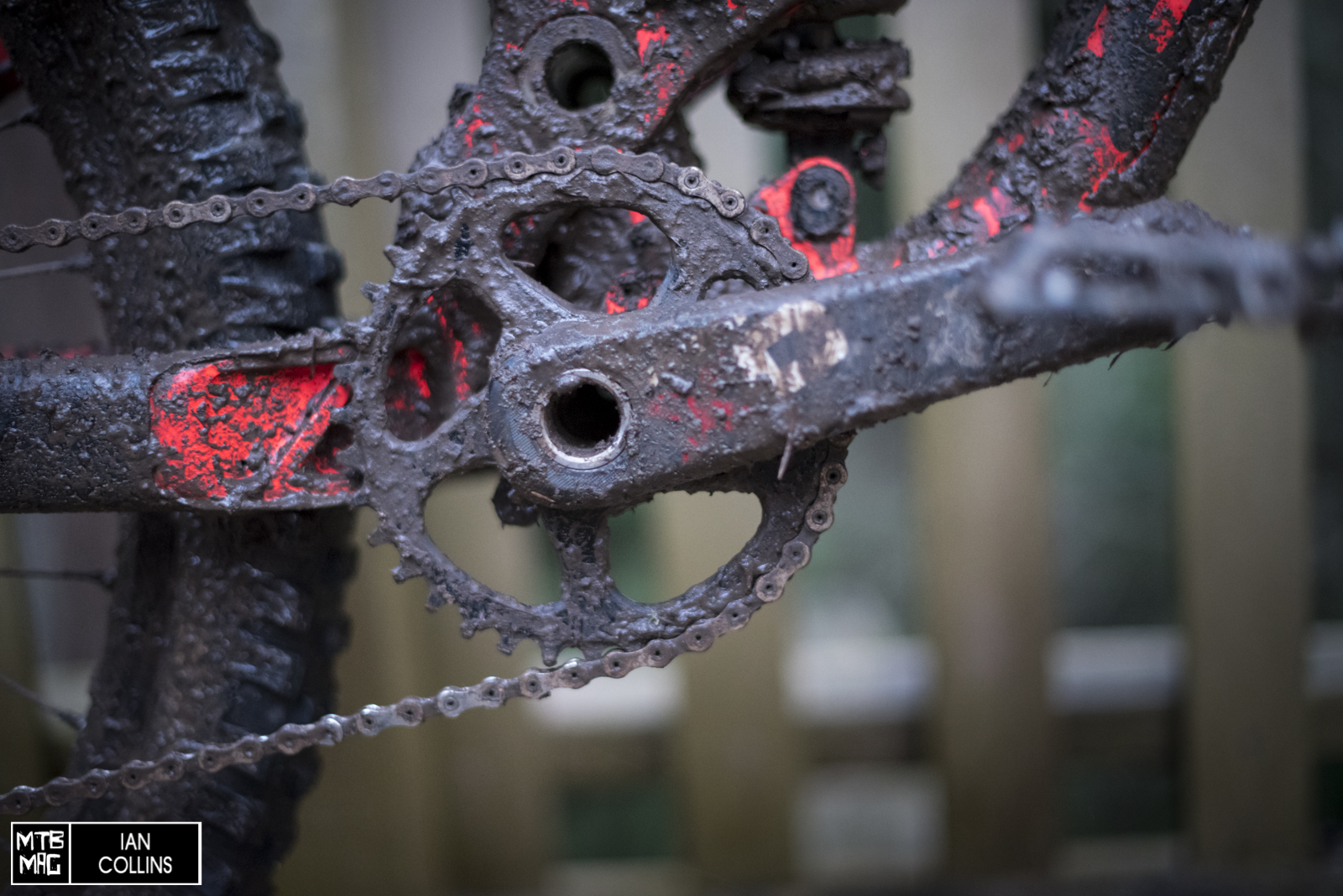 Overall, for the price this is a great product be it for DH, trail or enduro. It bolts up nicely, is finely finished with great machine work, and performs flawlessly. Oh, it also saves you a few (50) grams…For more information, head over to Works via the link below. They also make a great deal of other nifty products such as reach adjust headsets, offset headsets, and cassette range extender rings.