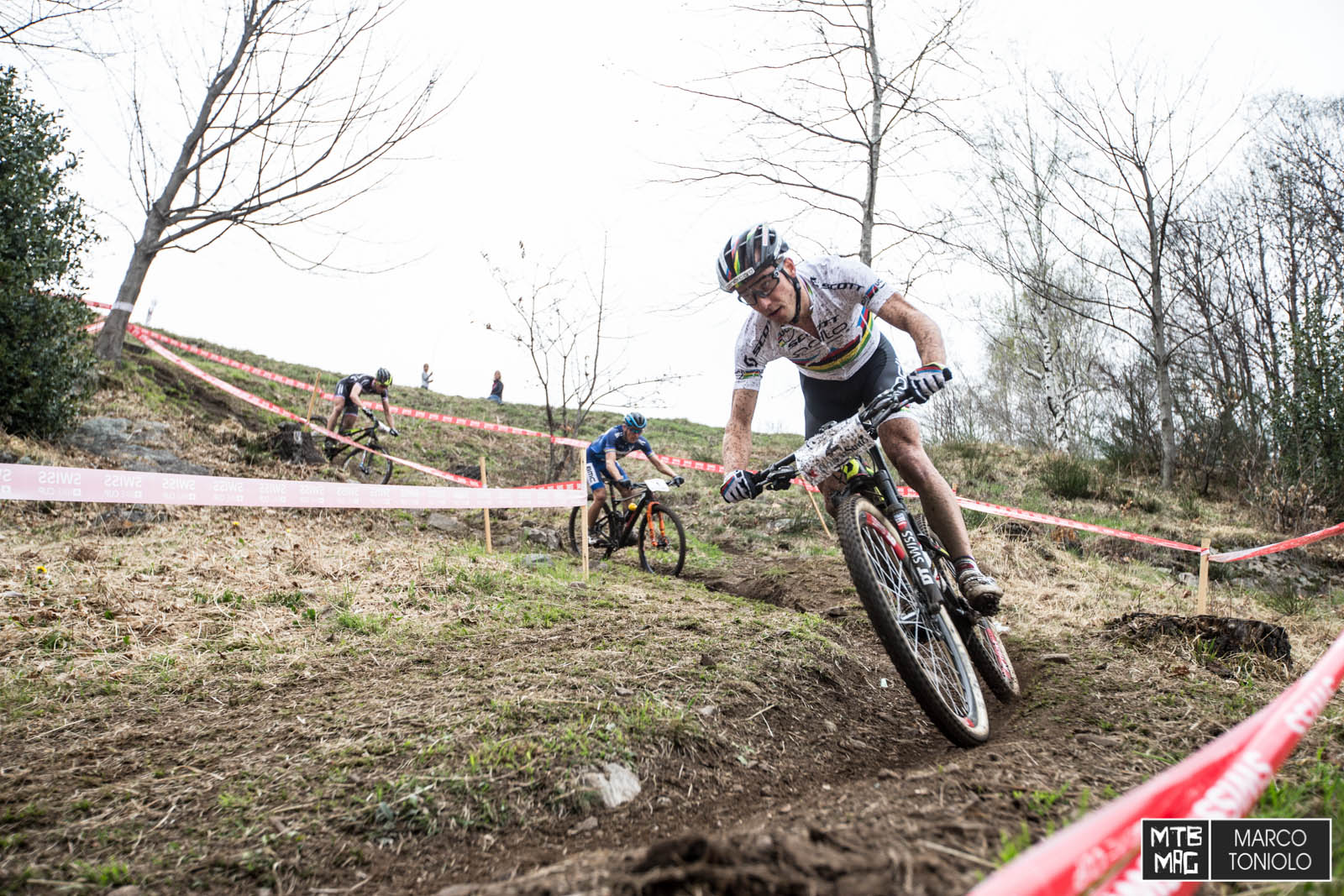 The 2015 XC season finished with Schurter winning the Worldcup and the World Championships in front of eternal rival Julien Absalon, and that’s how 2016 begins too: the Swiss versus the French, today at Monte Tamaro, Switzerland, during the first stop of the Swiss Bike Cup 2016.

Before getting into the men’s race report, note how strong Jolanda Neff is right now: she crossed the finish line nearly 4 minutes ahead of the second. Full results here. 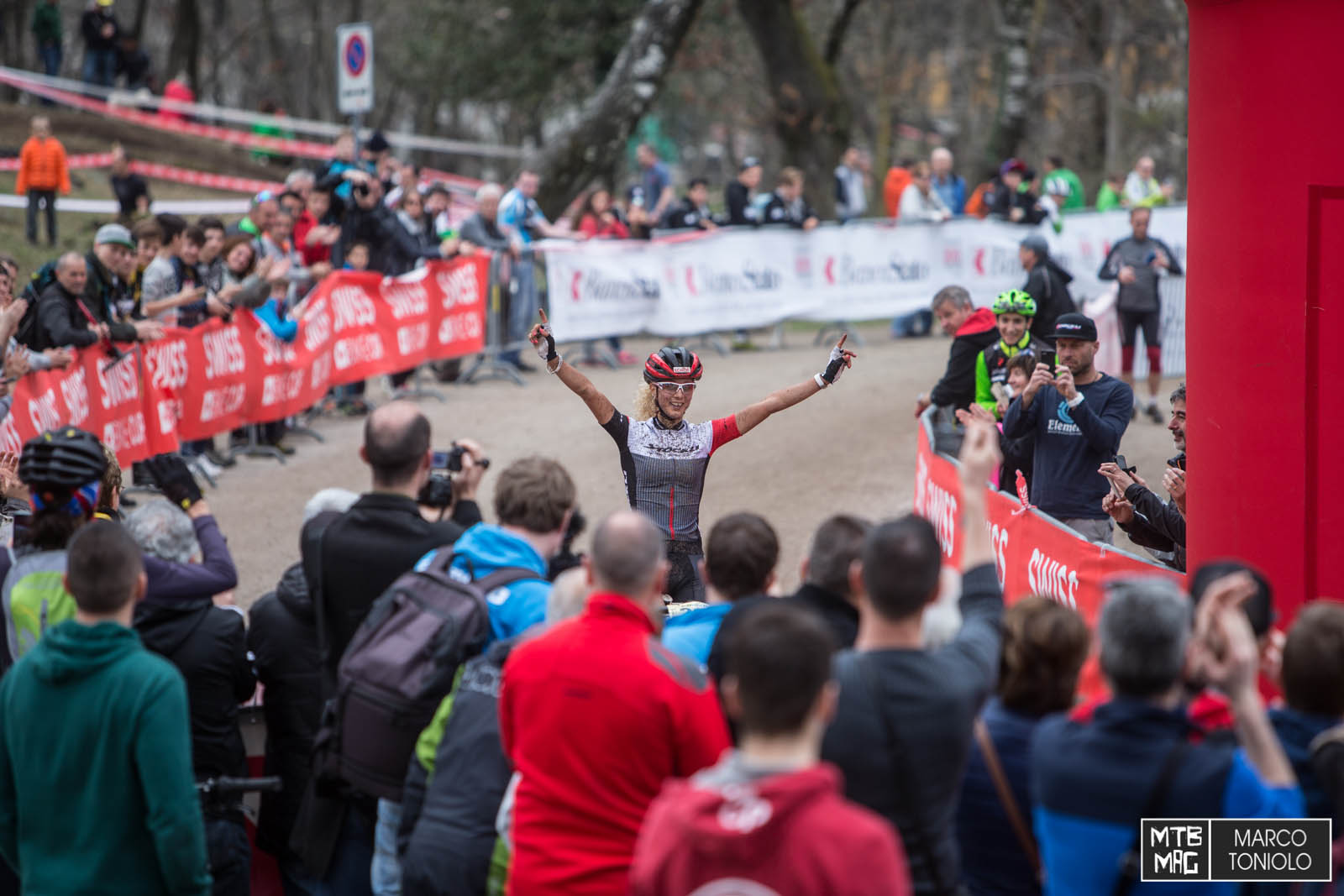 You could feel the tension in the air. So many top 20 UCI riders, waiting to see how good their winter training was compared to the competitors. 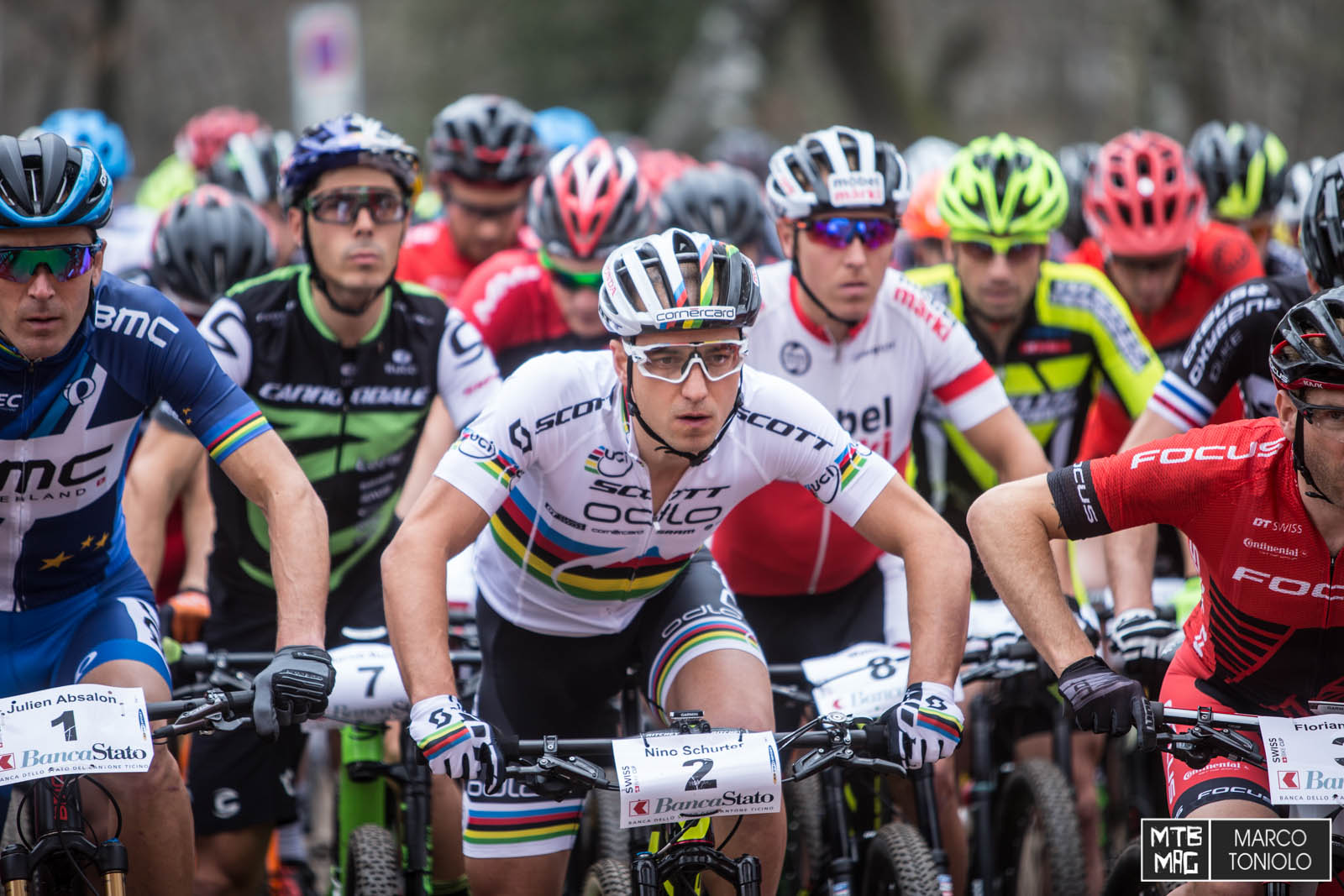 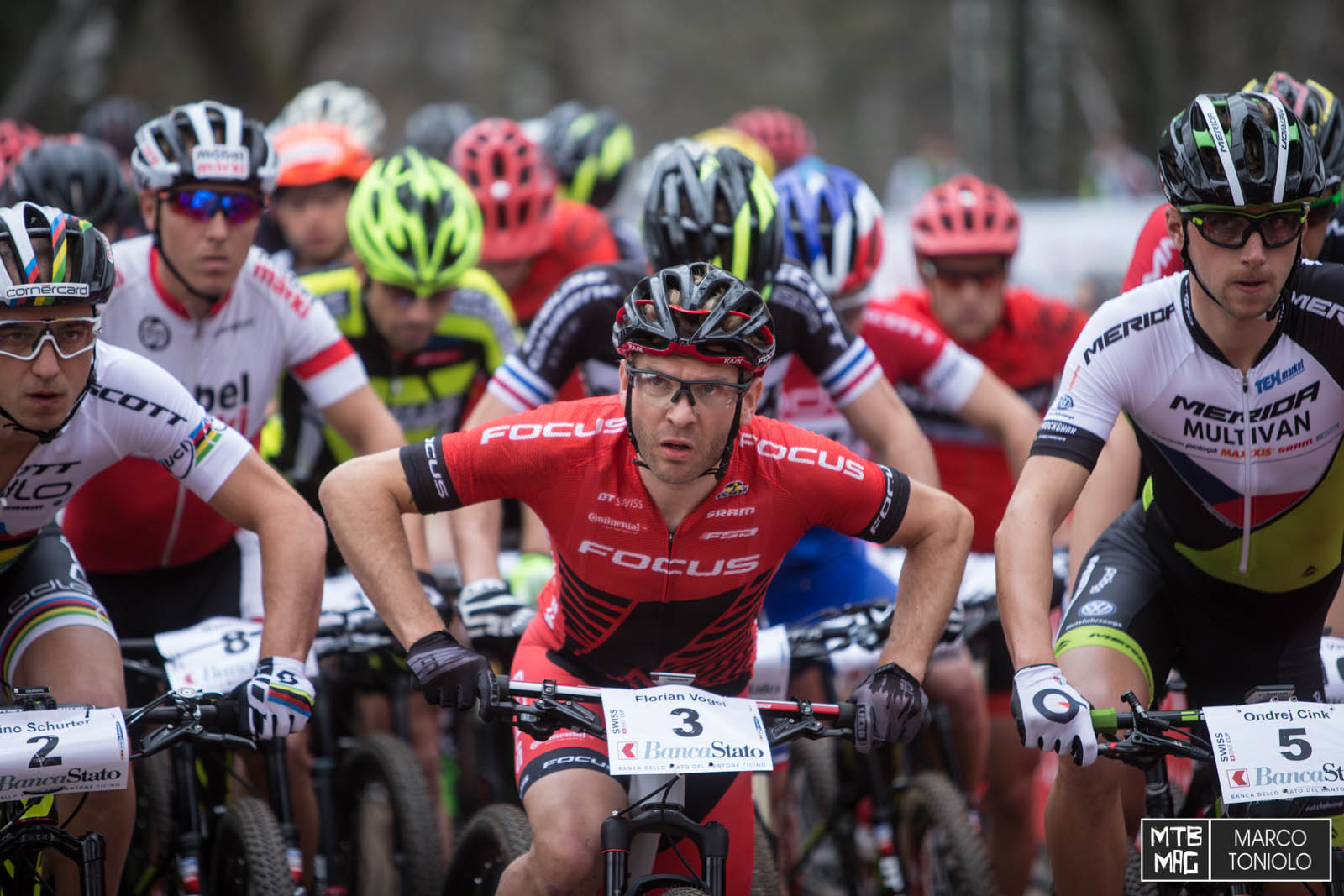 Florian Vogel riding a Focus full suspended prototype with hidden shock. Not a 36er though. 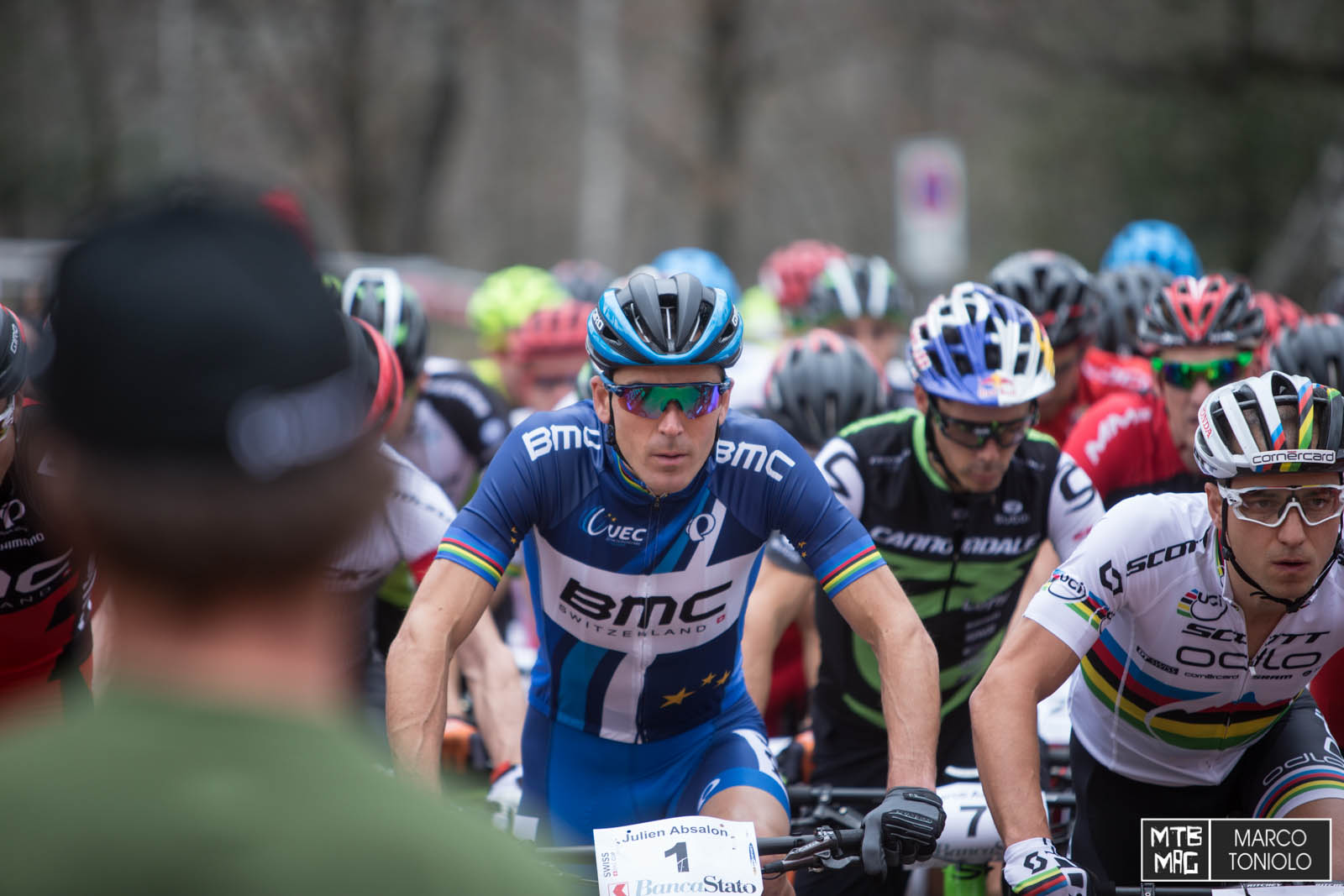 Julien Absalon raced with a dropper post. Take a look at the bike check for the details 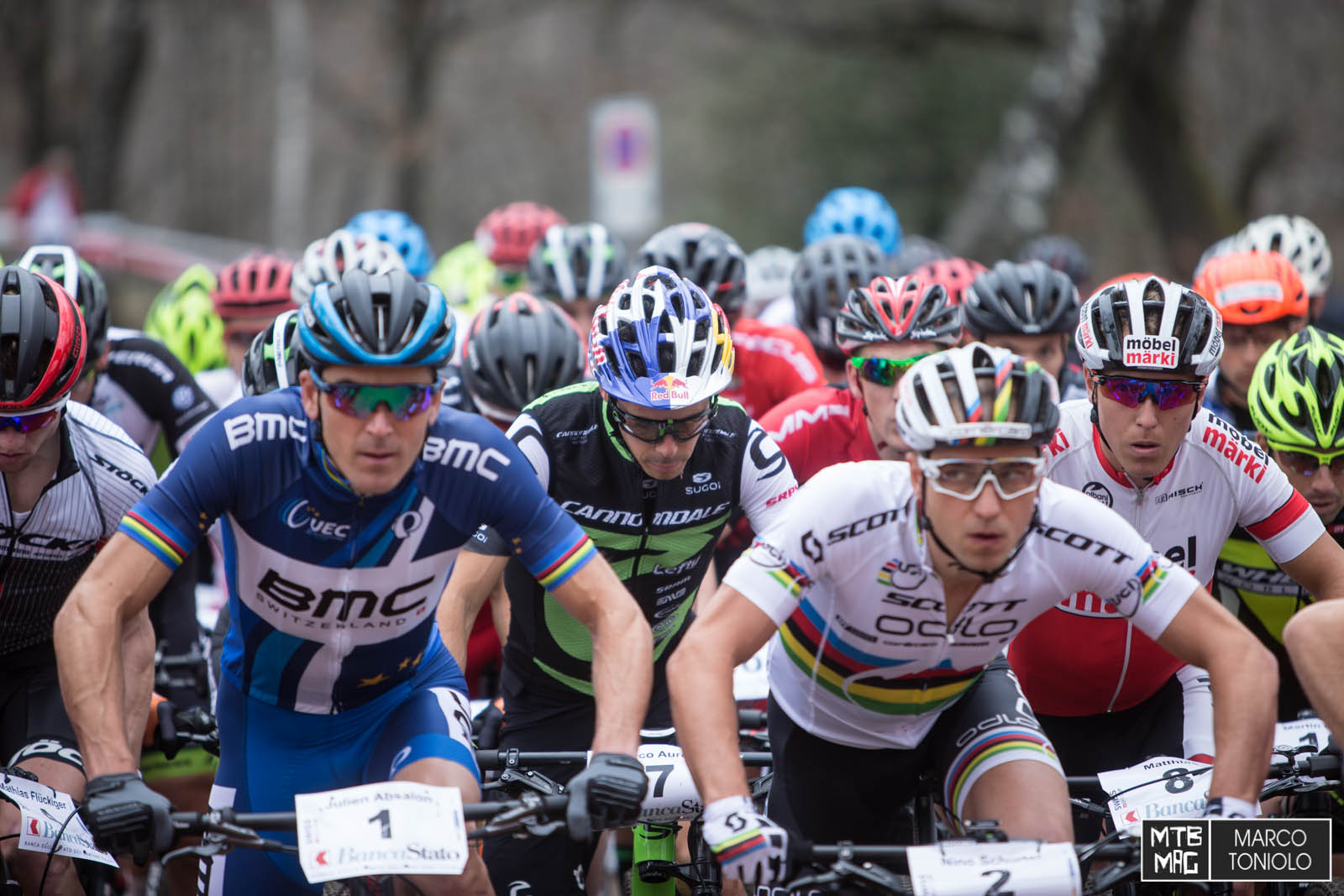 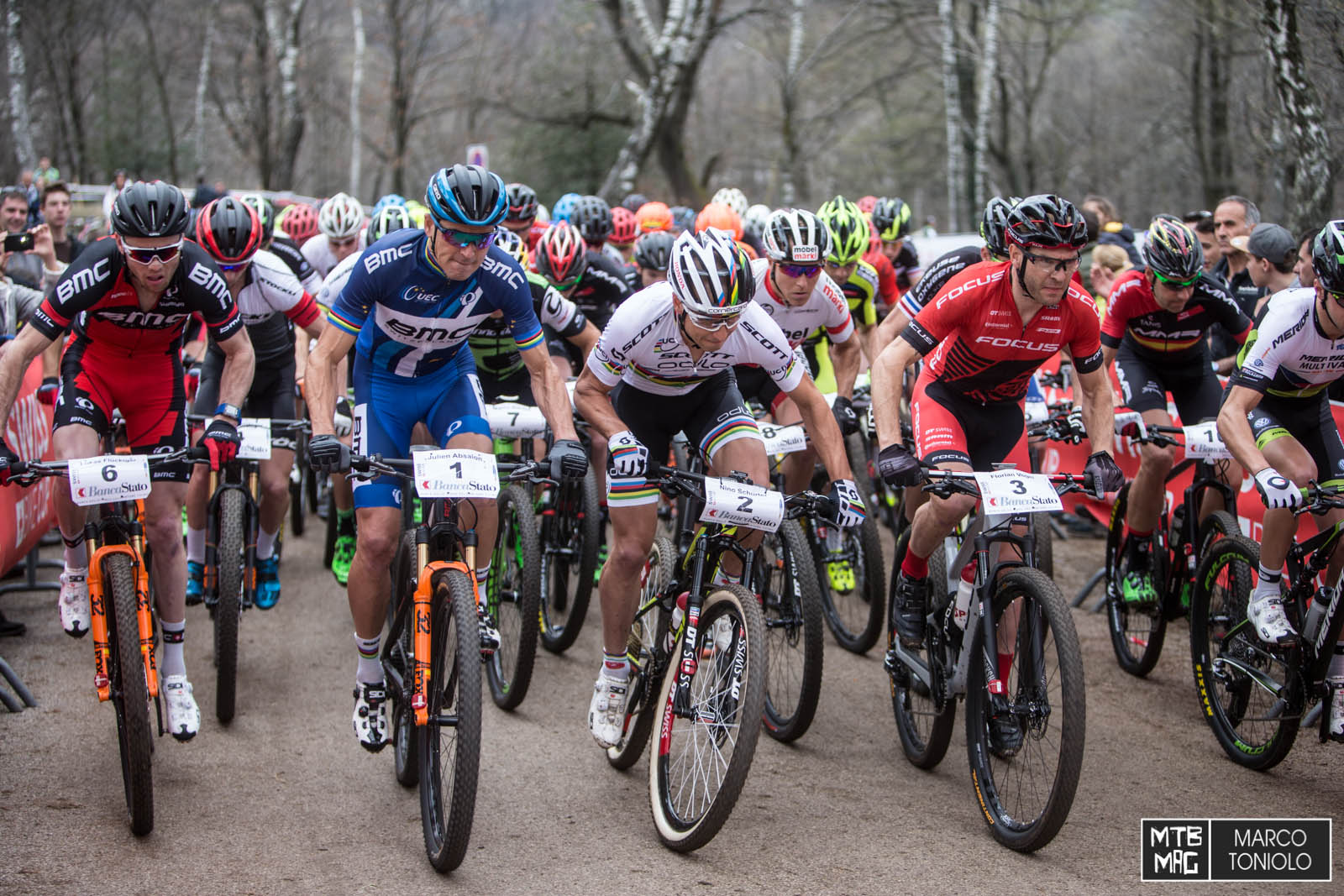 It’s not a sprint but a 31km race. They don’t seem to care much. 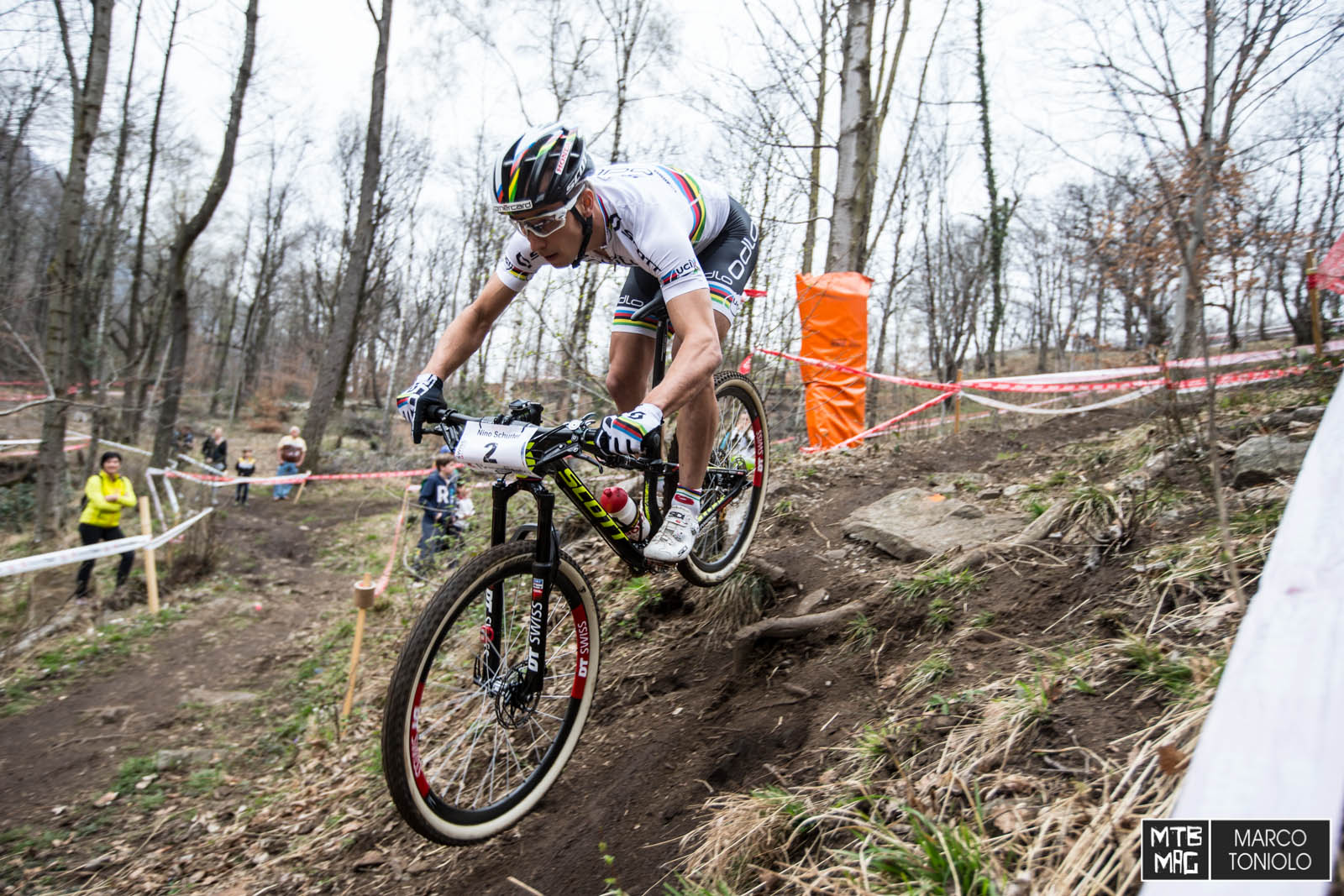 Schurter leading from the start. 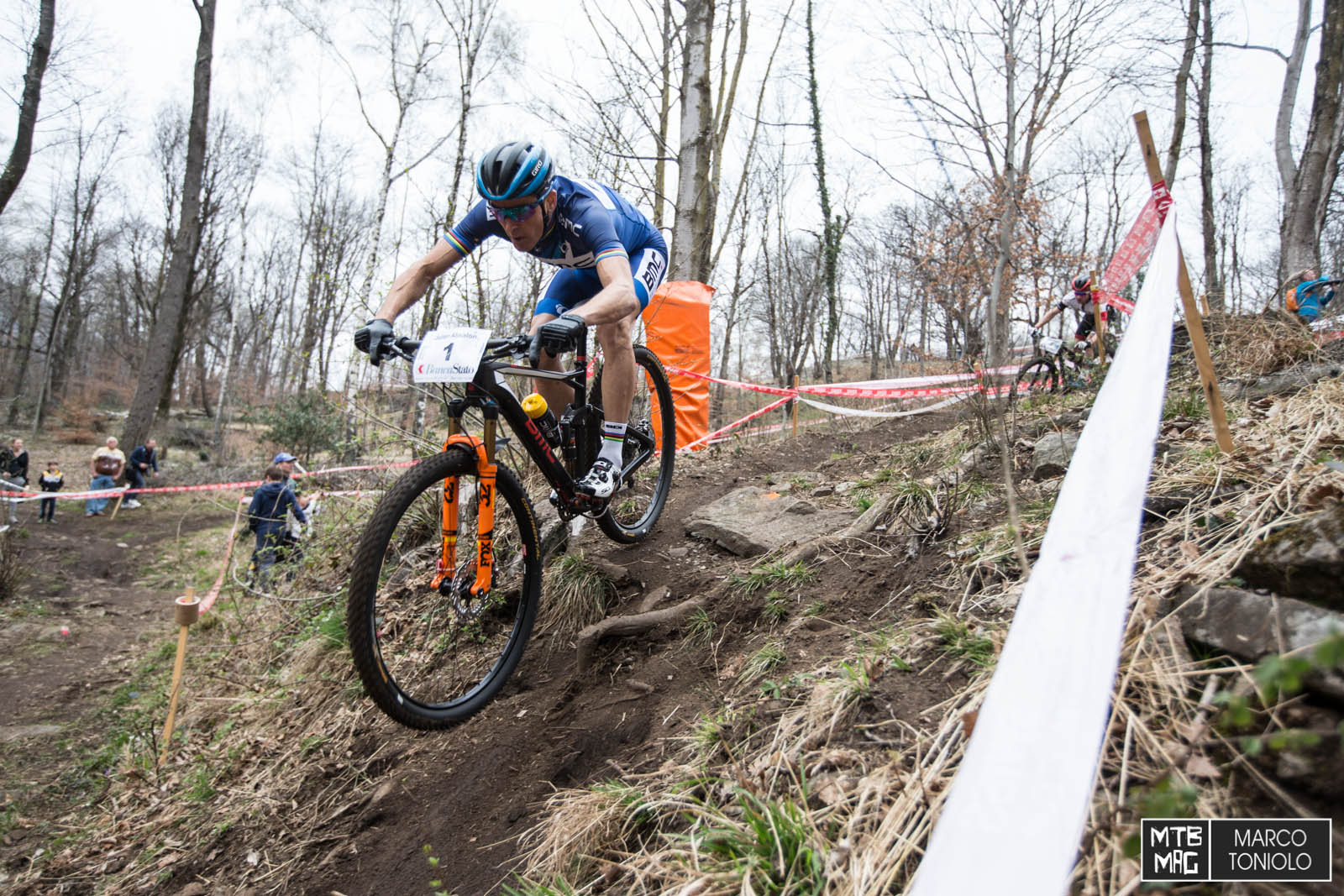 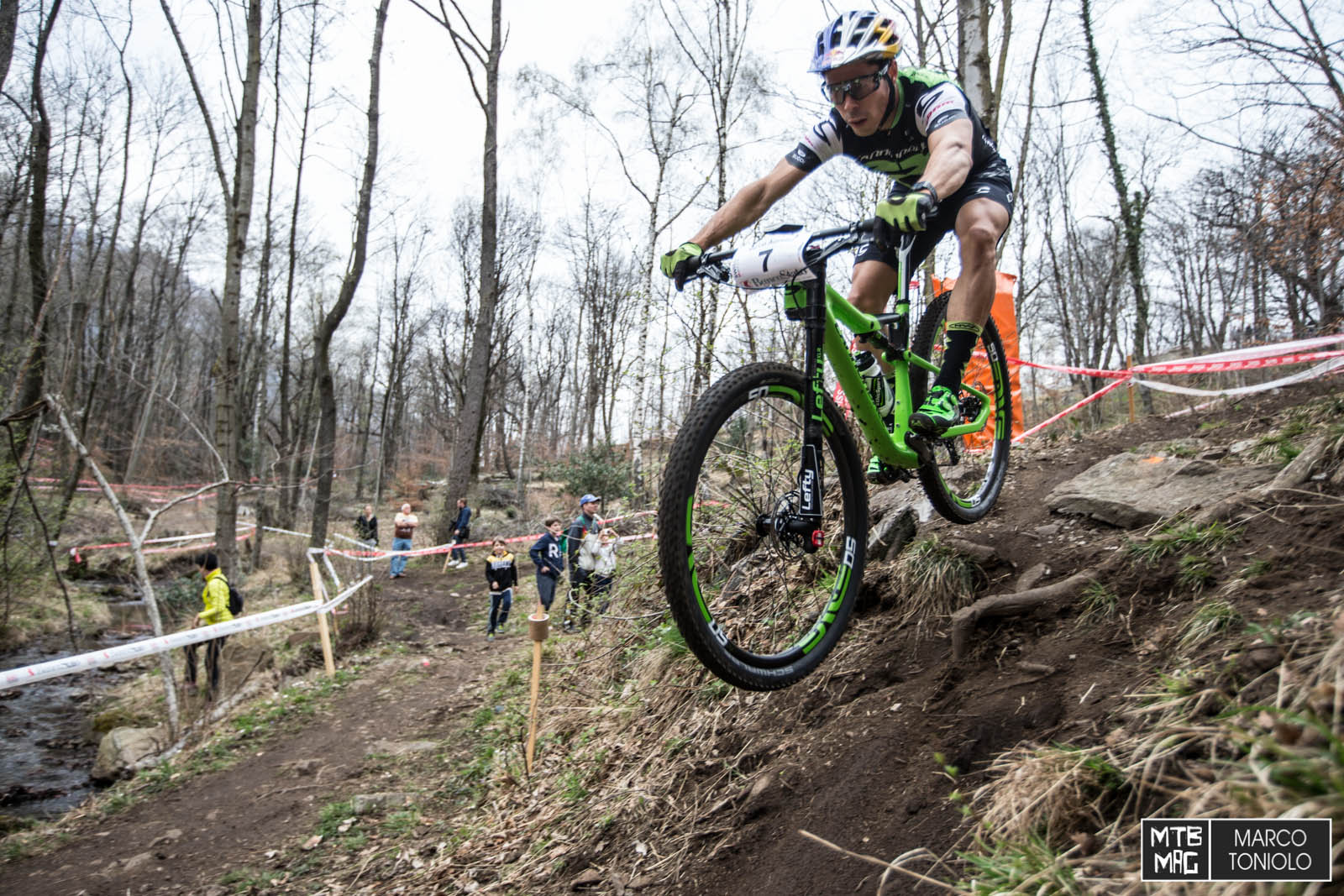 Fontana was impressive in the downhills. 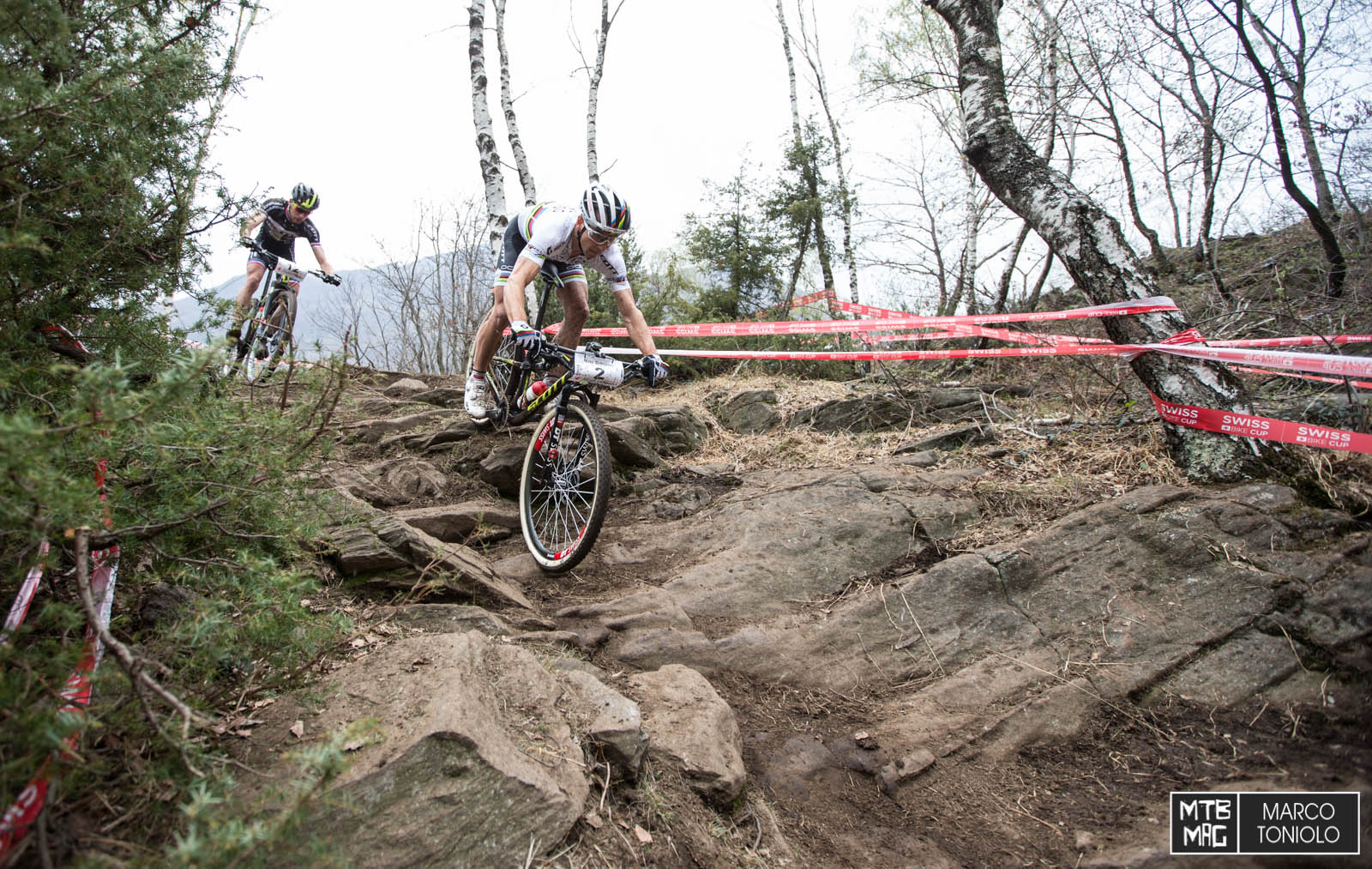 During the first 3 laps Schurter and Titouan Carod have been leading the pack. 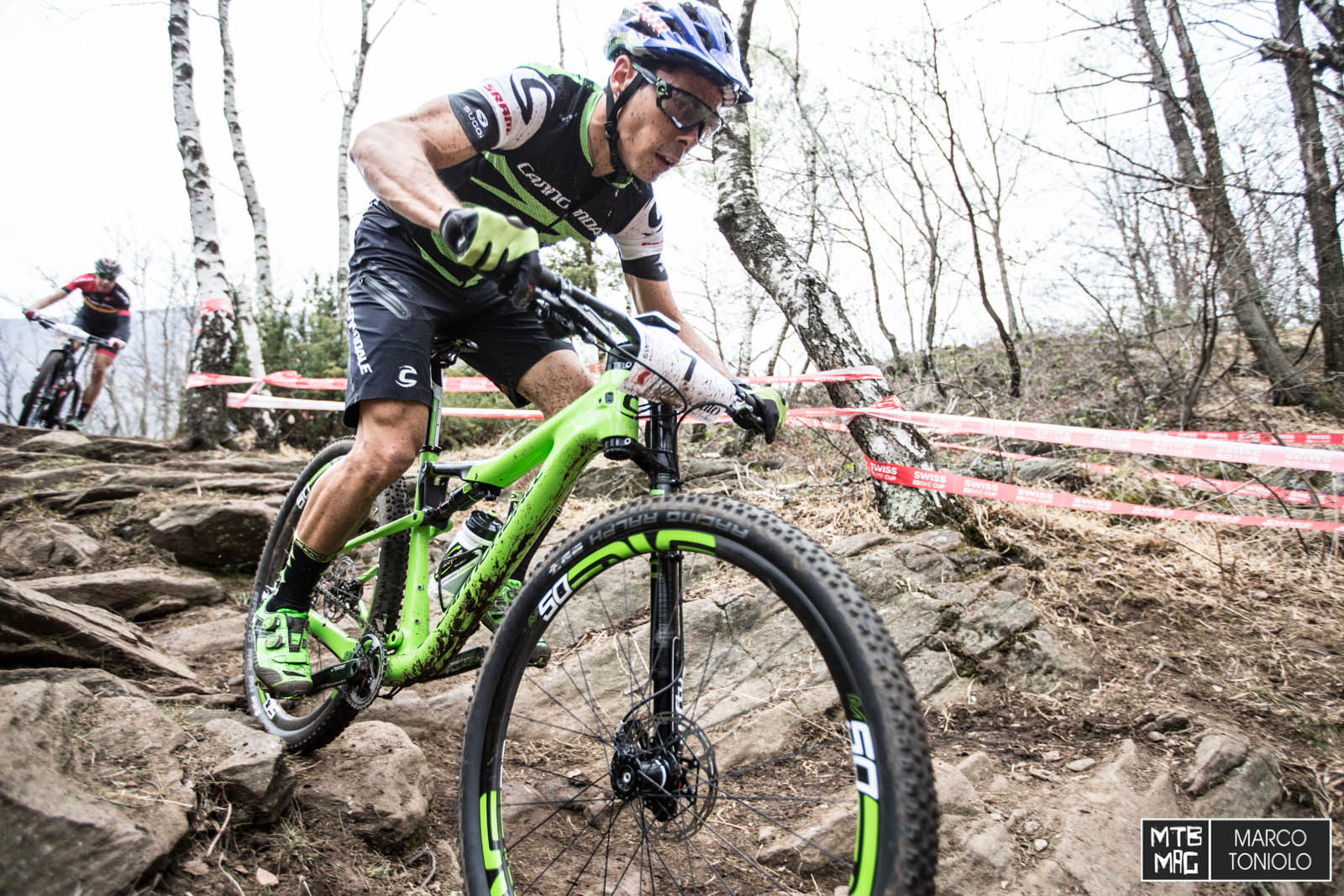 Fontana passing many athletes in the first laps. Techy part of the track. 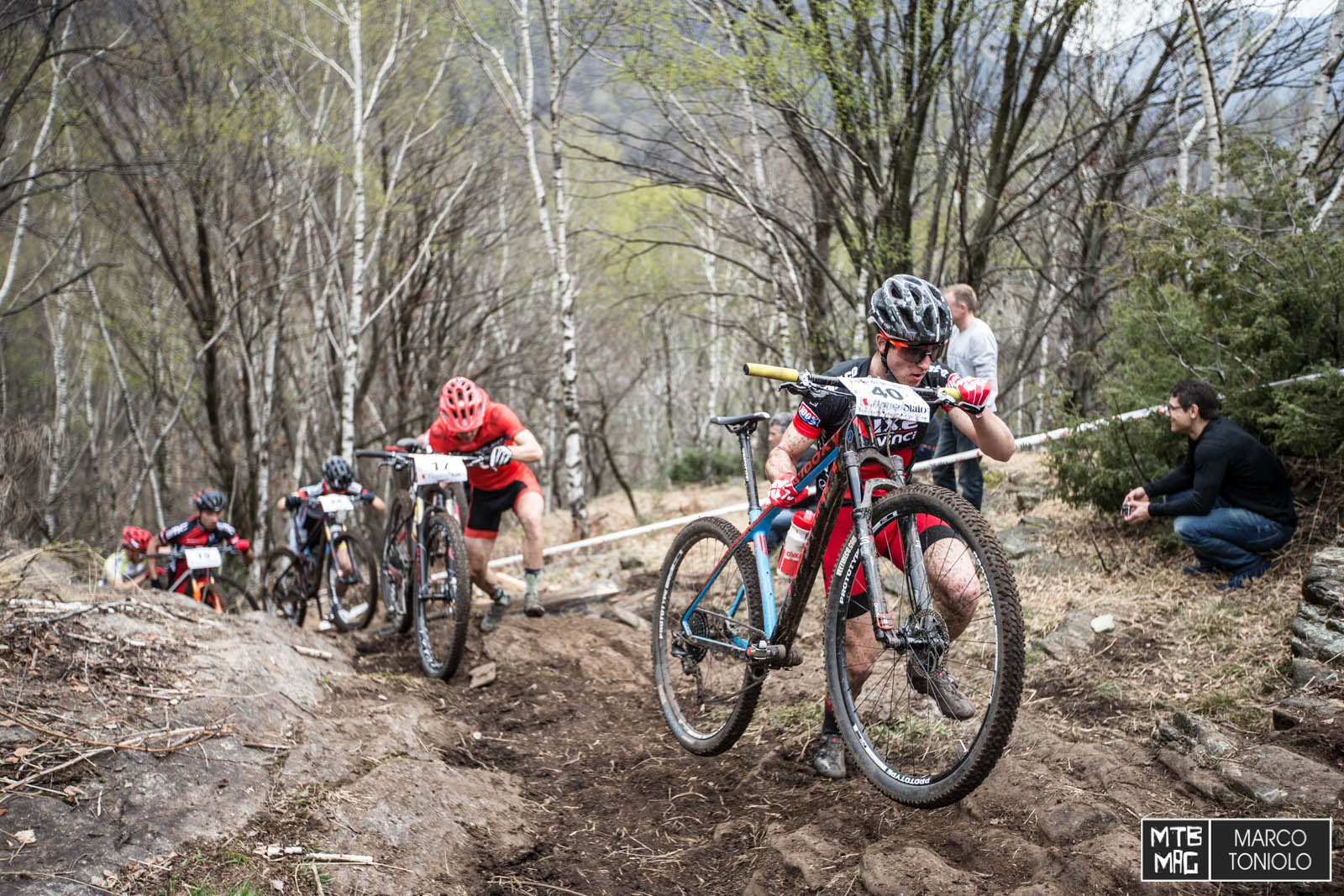 And right after that, a tricky uphill. Check the video.

The duel goes on… 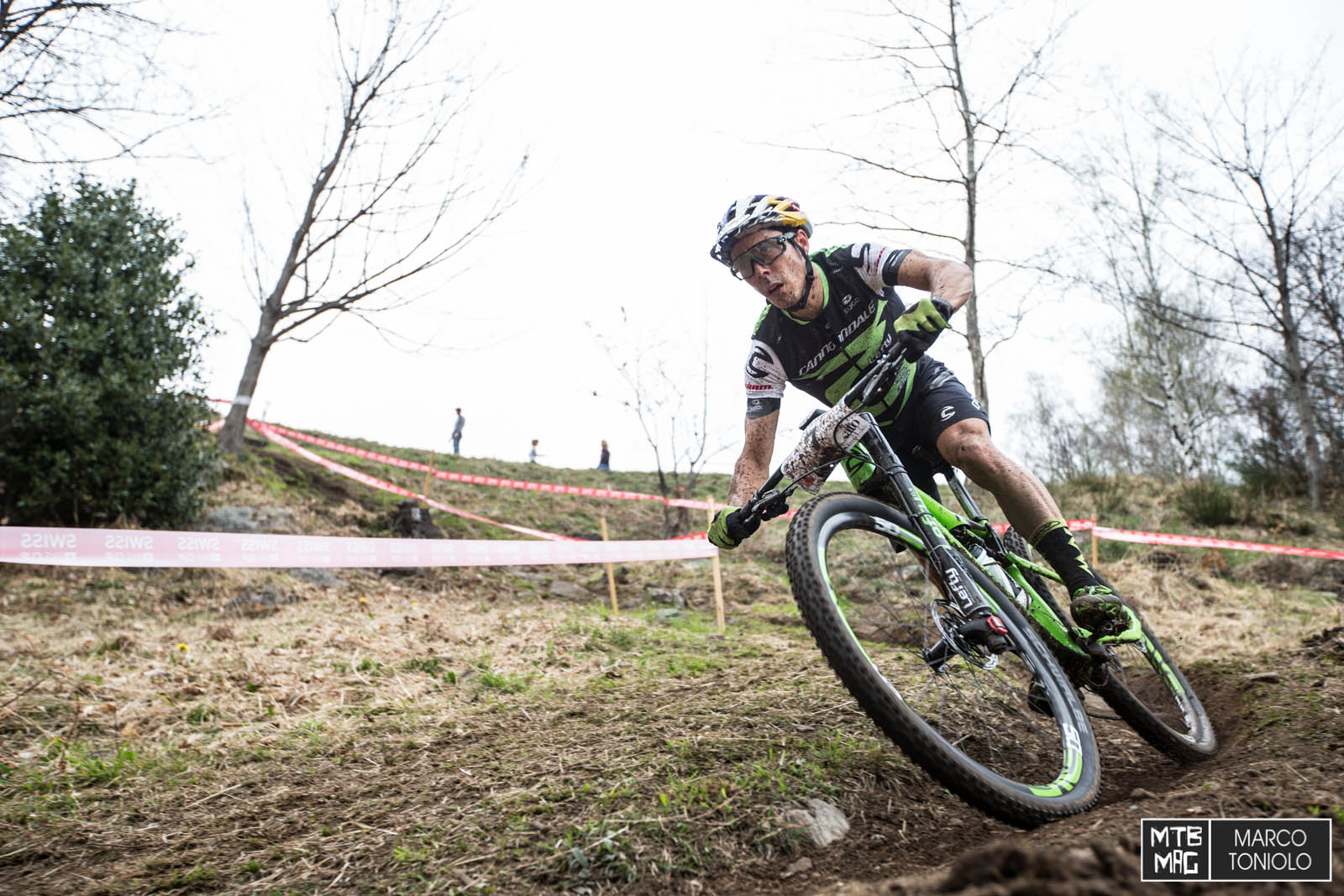 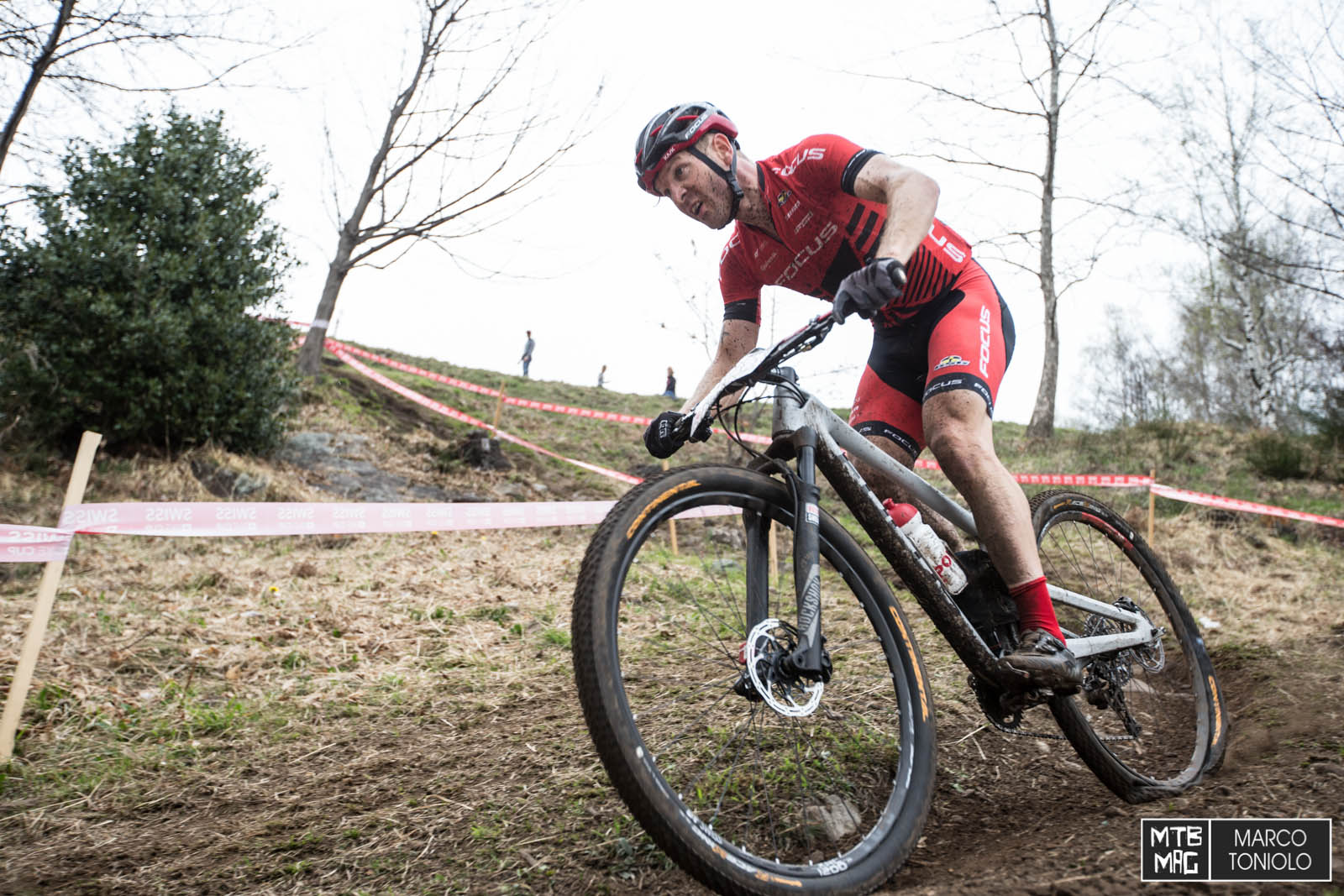 Flo Vogel with a flat, far away from the tech zone.

Another video of two key spots of the track. Notice the speed Schurter drops in! 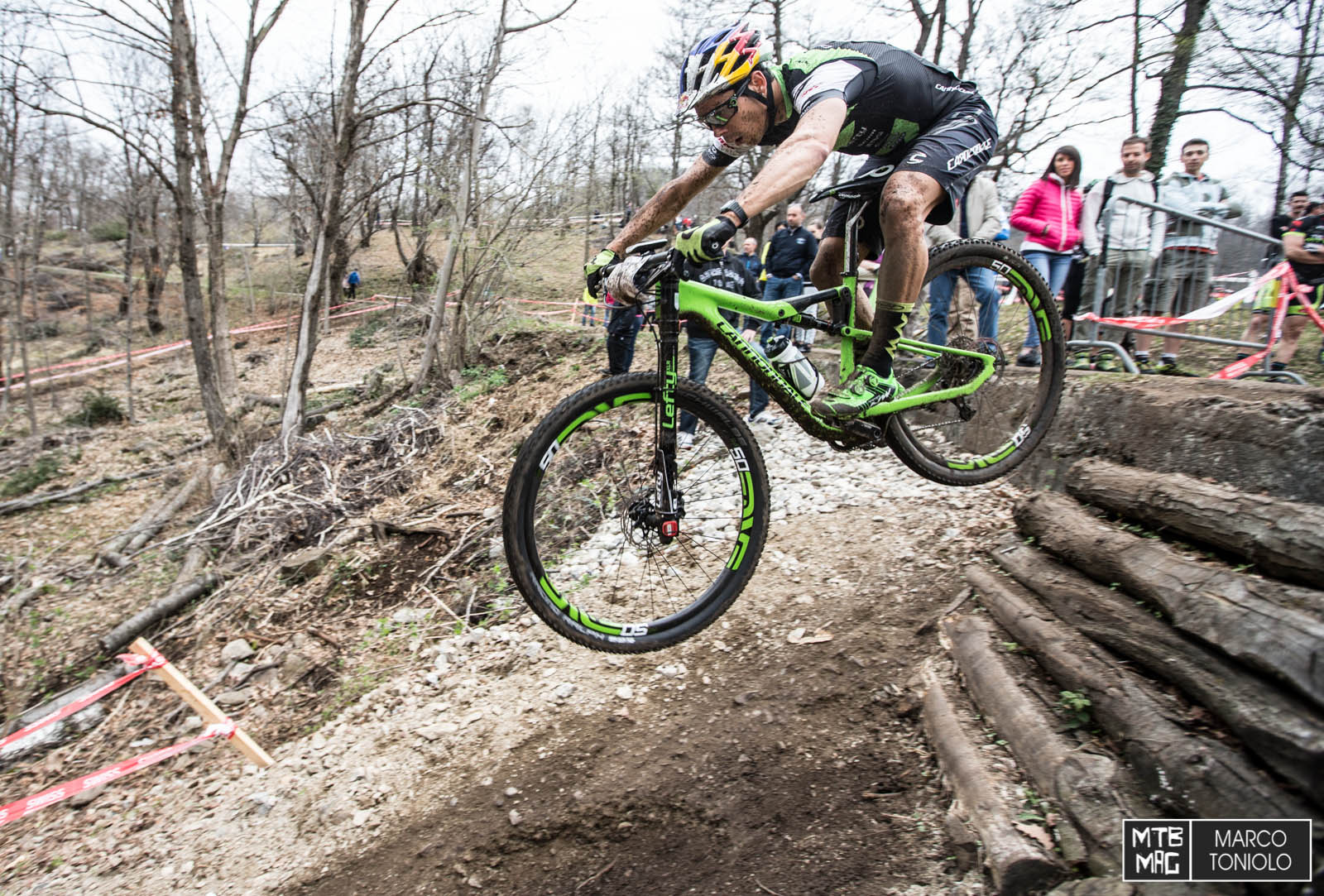 It seemed that fontana liked his new rig a lot. 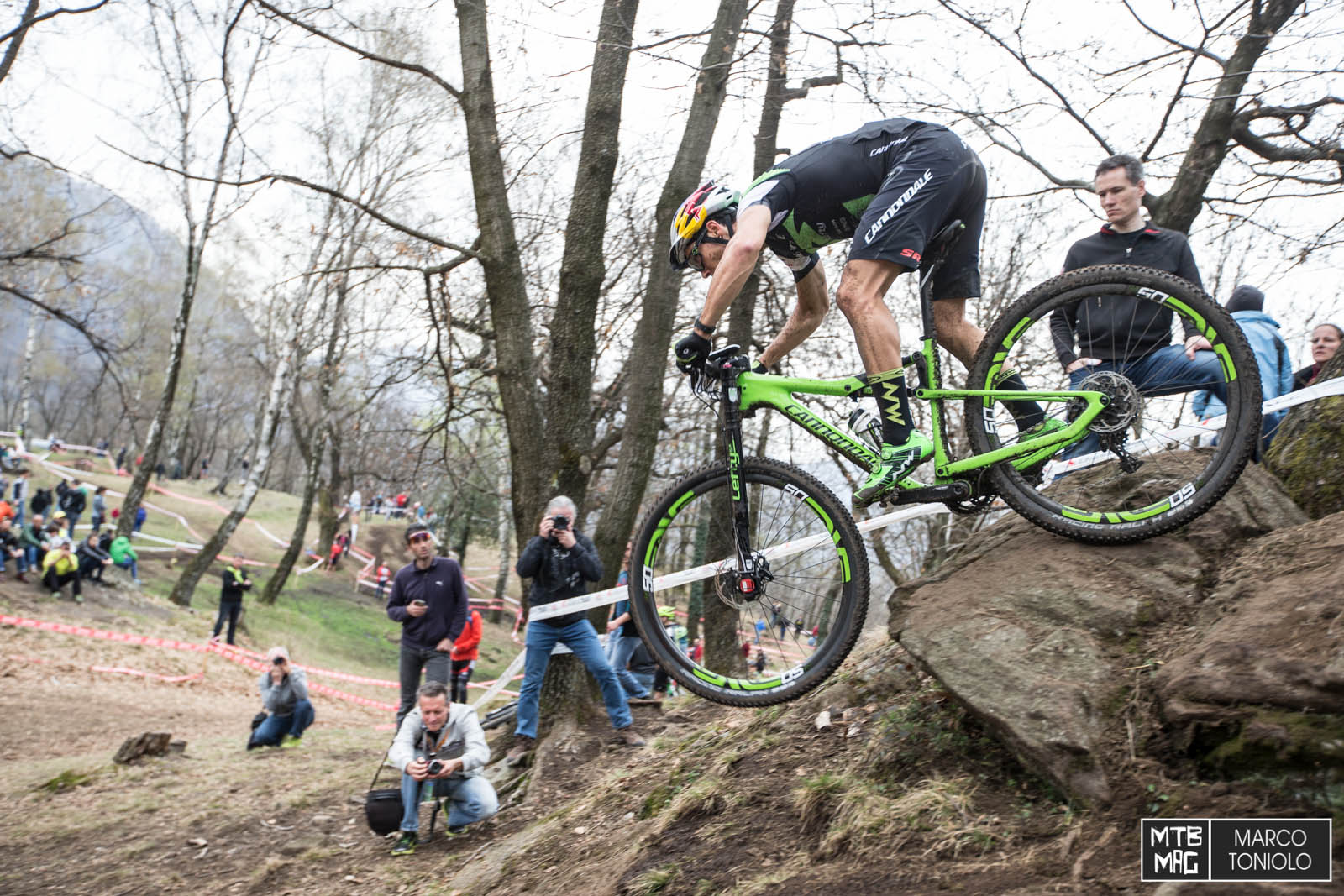 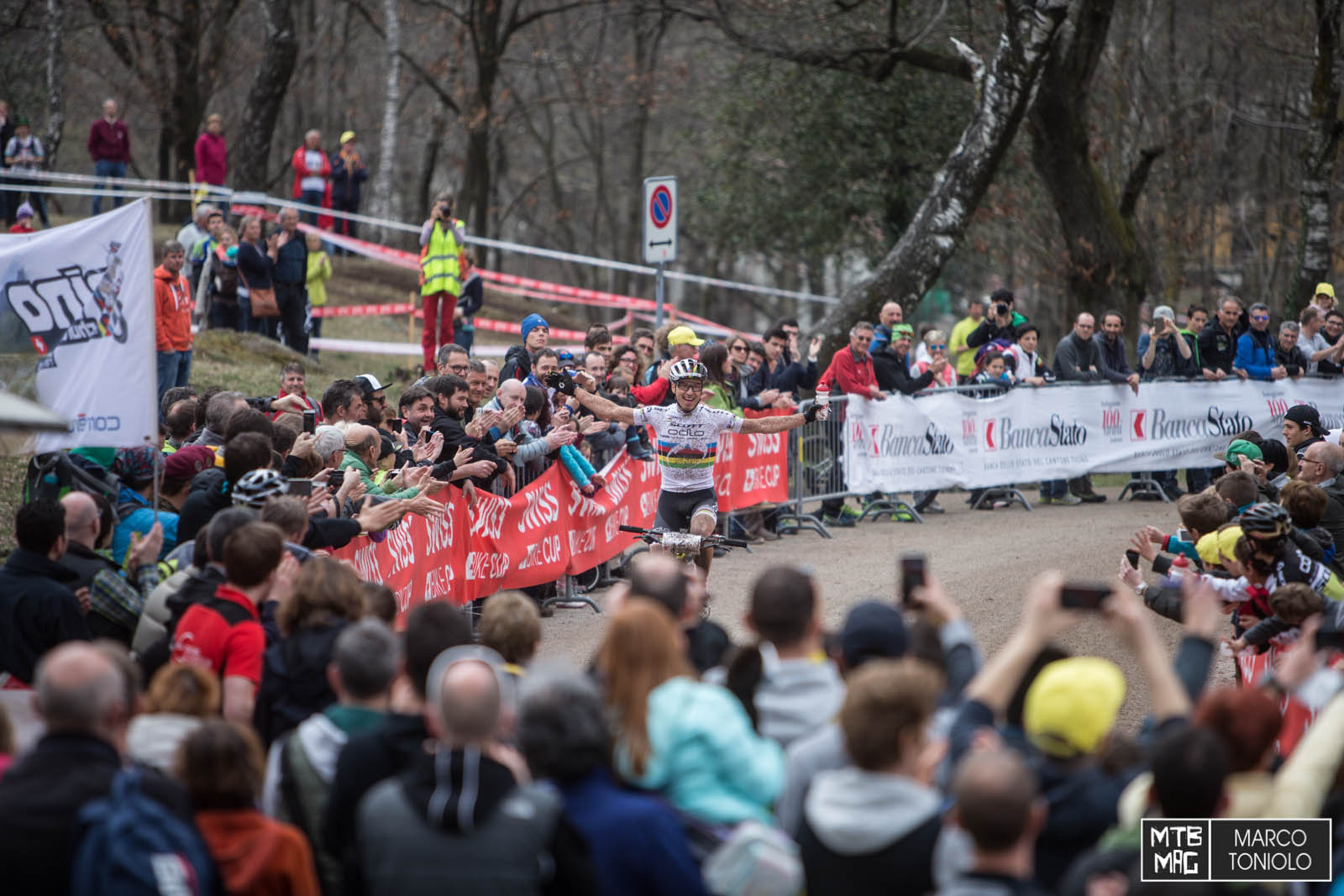 After the 7 laps Schurter crosses the finish line first, 25 seconds ahead of Absalon, in front of the Swiss crowd. 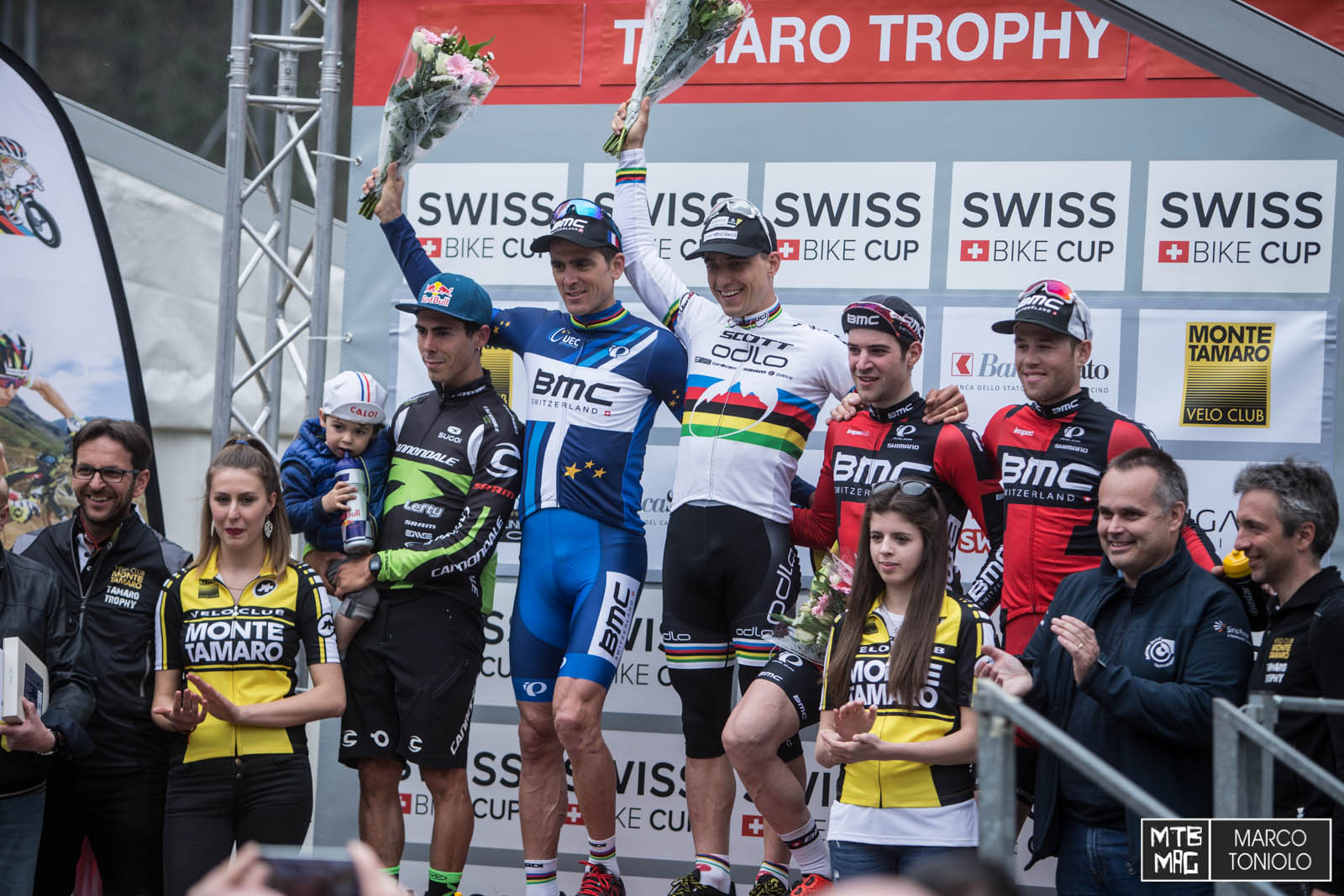 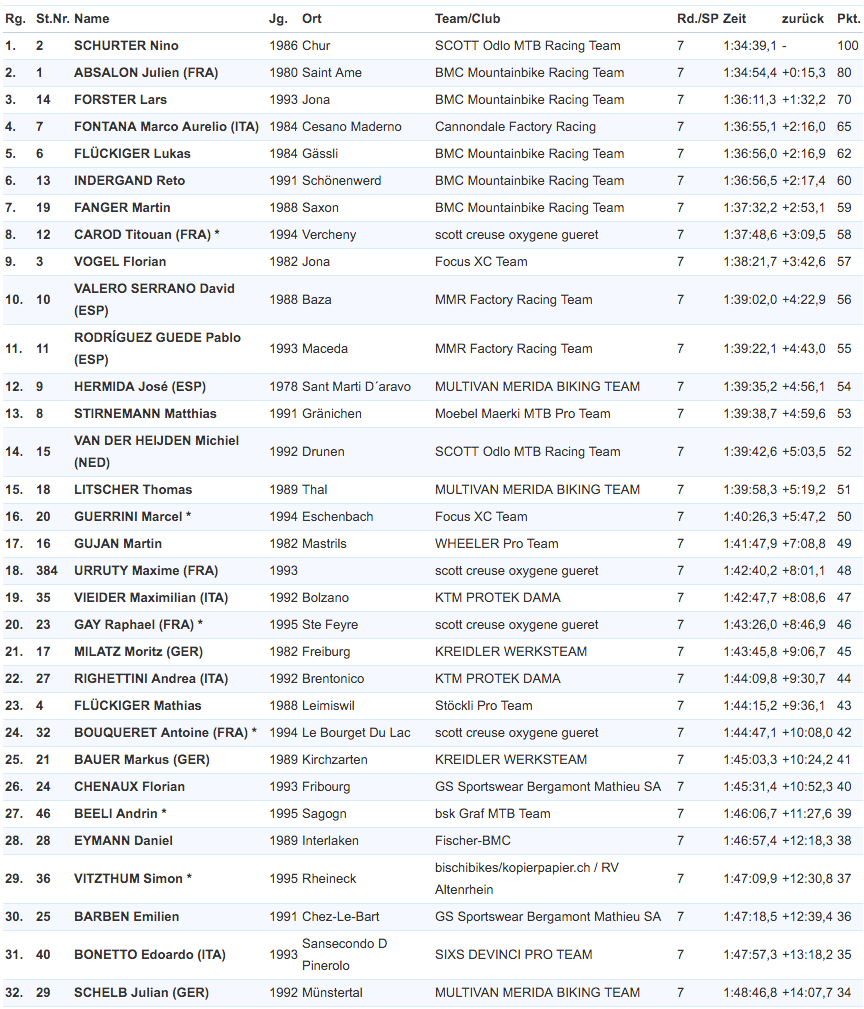