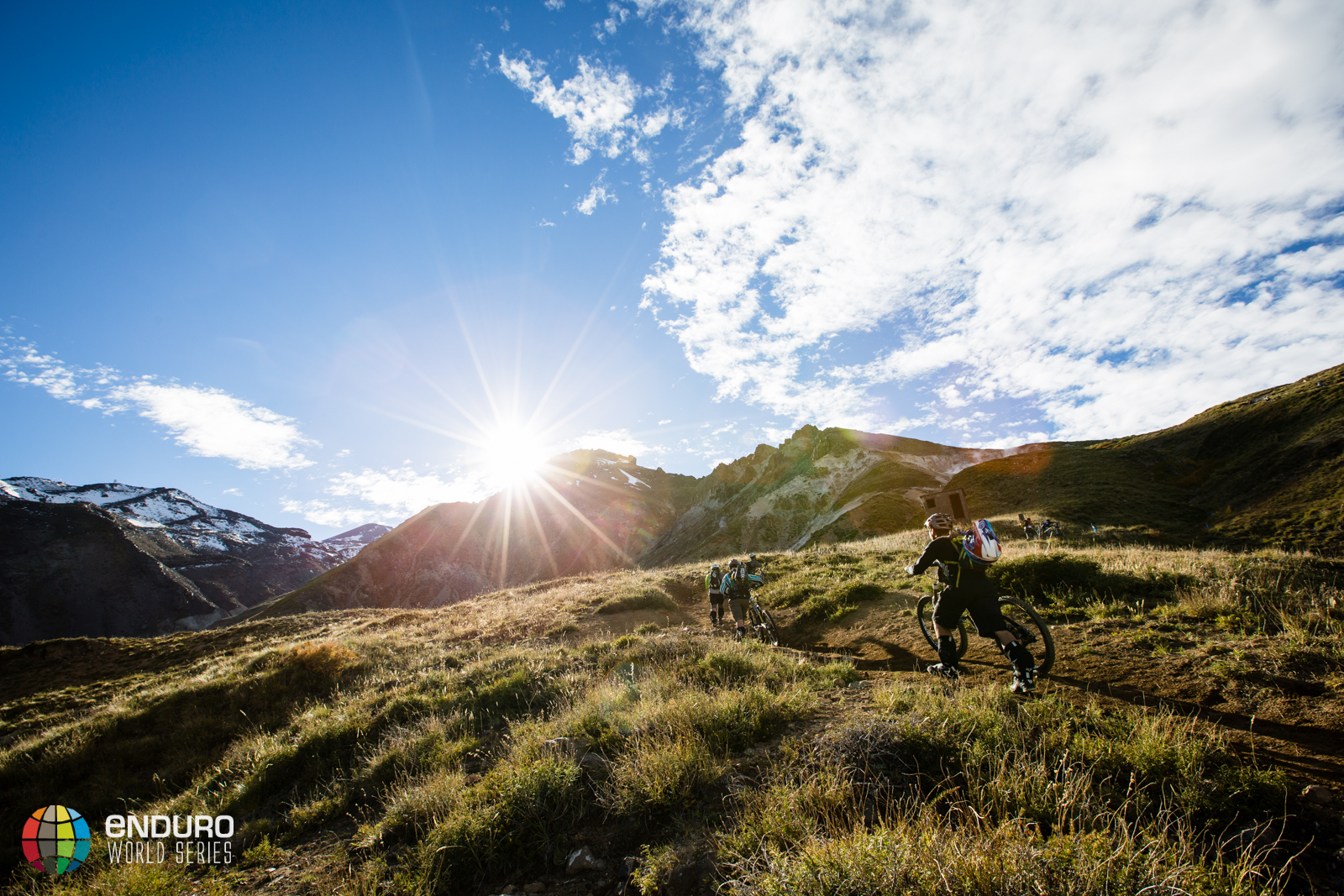 The Enduro World series has gone through a rapid growth and change over the last 2 years. This year has been a big improvement over year one and had many moments that had people on the edge of their seats. We decided to have a look through the year and we have put together what we consider the top 5 moments of the Enduro World Series in 2014. 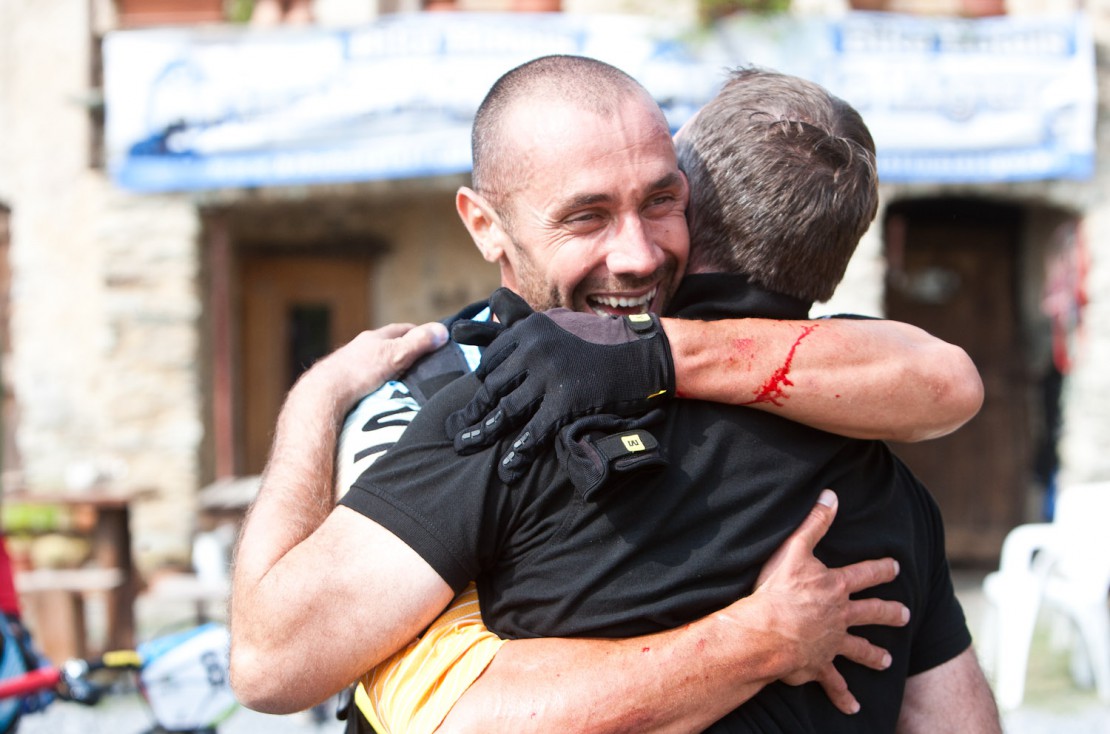 Fabien finds out about his win from Franco. 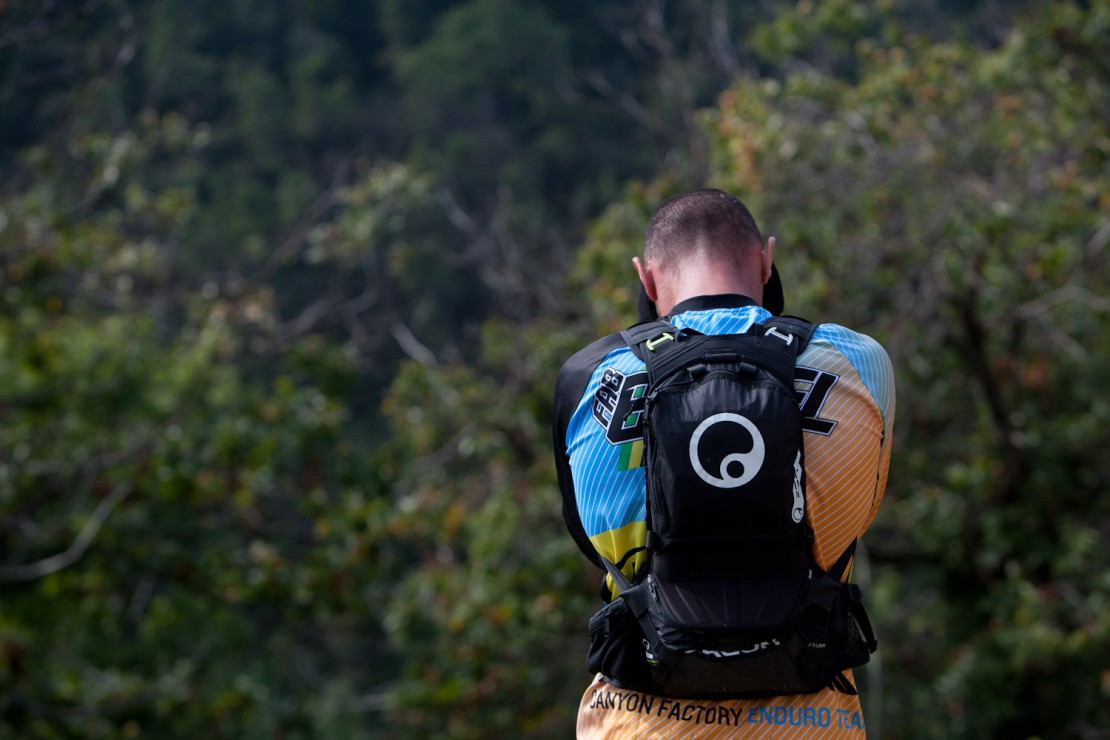 The moment was over whelming. 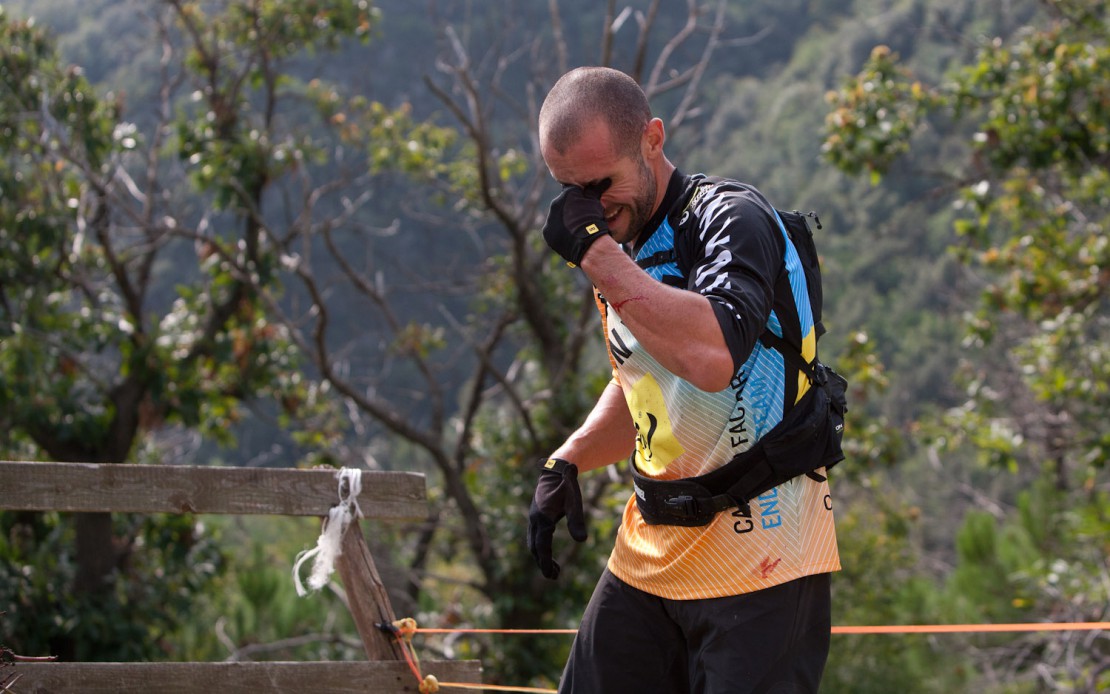 Fabien had to compose himself.

This has to be one of the most incredible comebacks of all time from injury. At the first race in Chile way back in March Fabien broke his back, except he didn’t realise until after continuing to ride in great pain and realising his race was over. Later on that day after a scan the doctors could see he had come within mm’s of permanently damaging his spinal cord and risking paralysis. Fabien was bed ridden and in traction being forced to recover for the next 5 races over about 7 months. Despite this huge set back he continued to do what he needed to make sure that as soon as he could ride again he would. Fabien is known for his tough mental attitude so when he arrived at Finale to race, he was obviously going to be careful and have fun, however racers are always racers and he pushed fairly strongly at the highest level winning a few stages and managing to take the overall race win from some tough competition. As he crossed the line and discovered from race director Franco Monchiero he had won the overall for the weekend, he broke down in tears and had to compose himself. The mental toughness to do what he did is without question incredible, and this is why we put him in number the one spot. 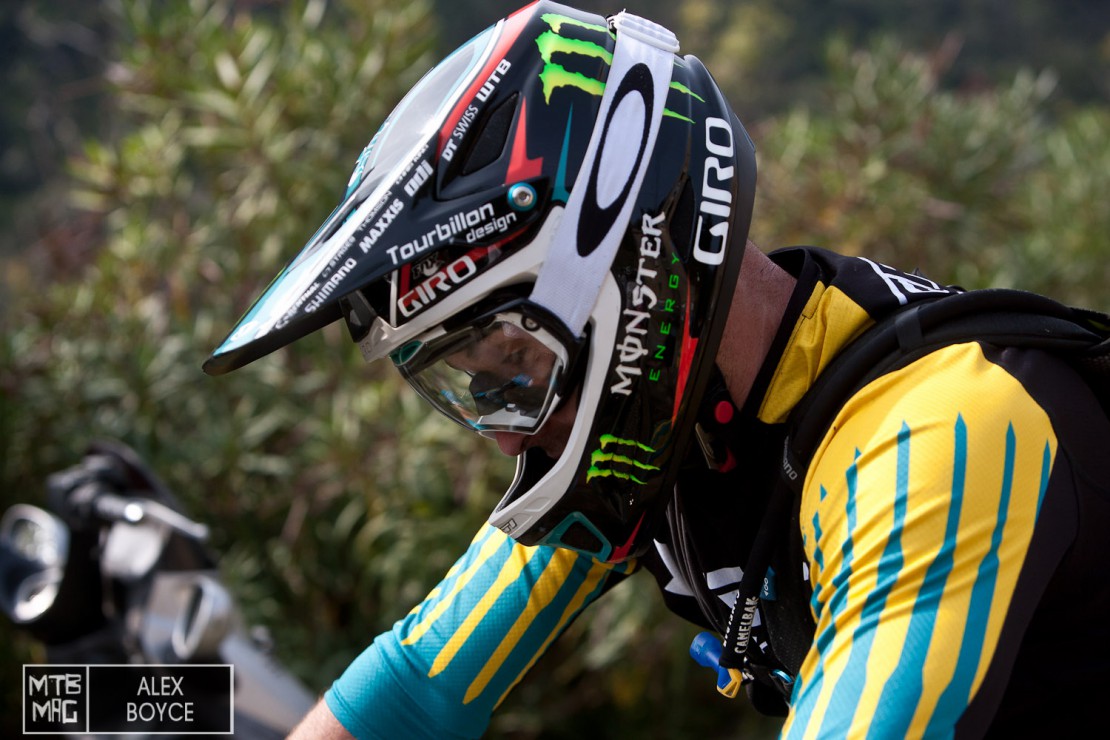 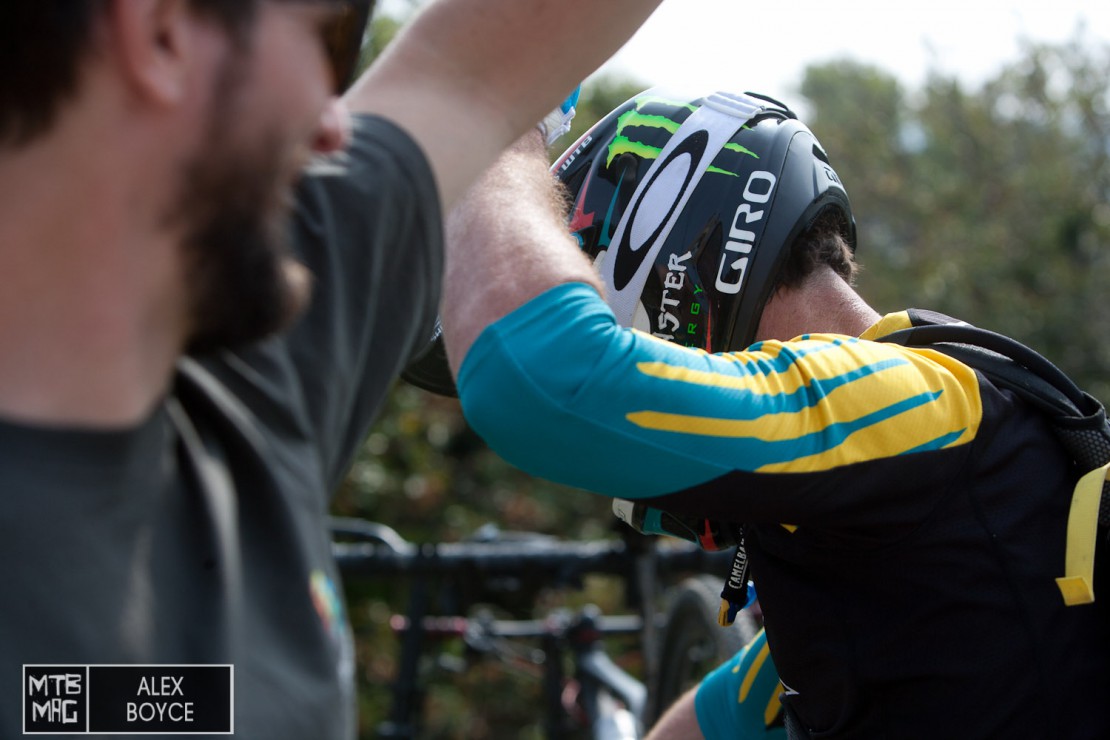 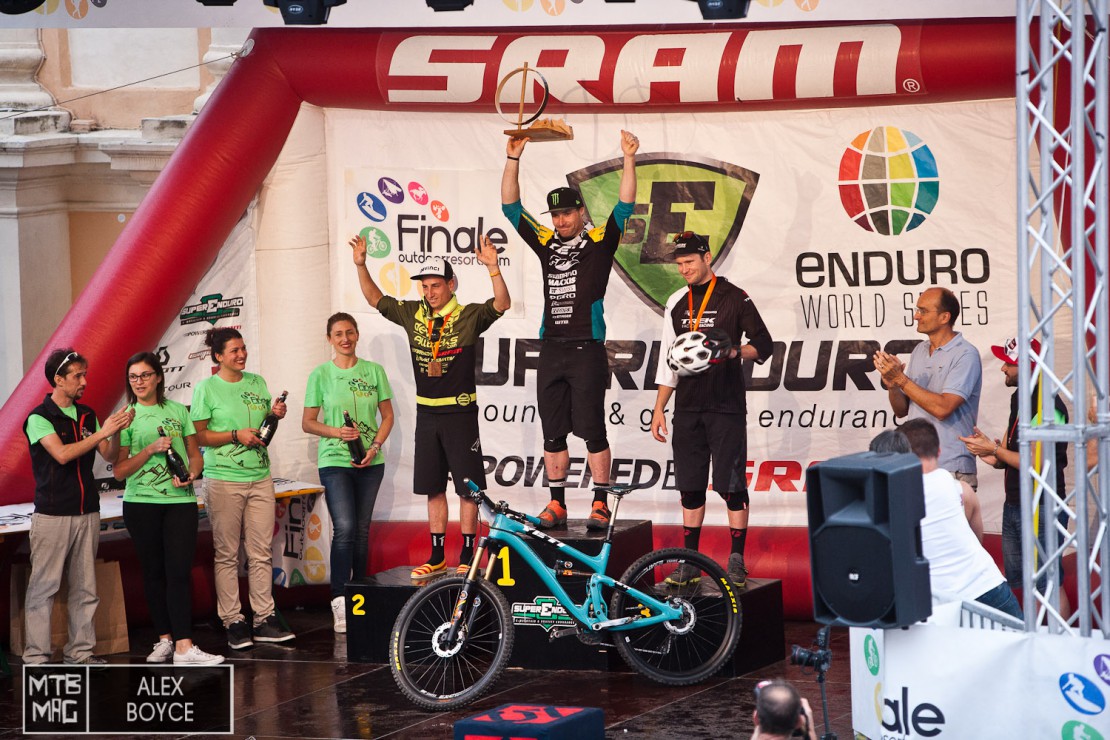 Jared Graves on the top step after a convincing yet challenging season.

It was a tough year for Jared Graves, he managed to always stay in the top few riders and took the longest stage  win in Whistler with a broken fork. Despite that and combined with a few other mechanicals over the season and a generally tough competitive field he managed to stay on top and keep it going. This attitude and out and out speed led to him winning the Overall Enduro World Series title addin it to his victories in 4X and DH, now he has Enduro under his belt as well. He could be put up in the hall of fame as one of the greatest mountain bikers of all time having won so many of the different disciplines. He cool calm attitude, high speed and focus simply give him one of the best claims to the title this year. After a serious but disappointing battle the year before with Jerome Clementz, he deserves the win more than anyone else and he got it. 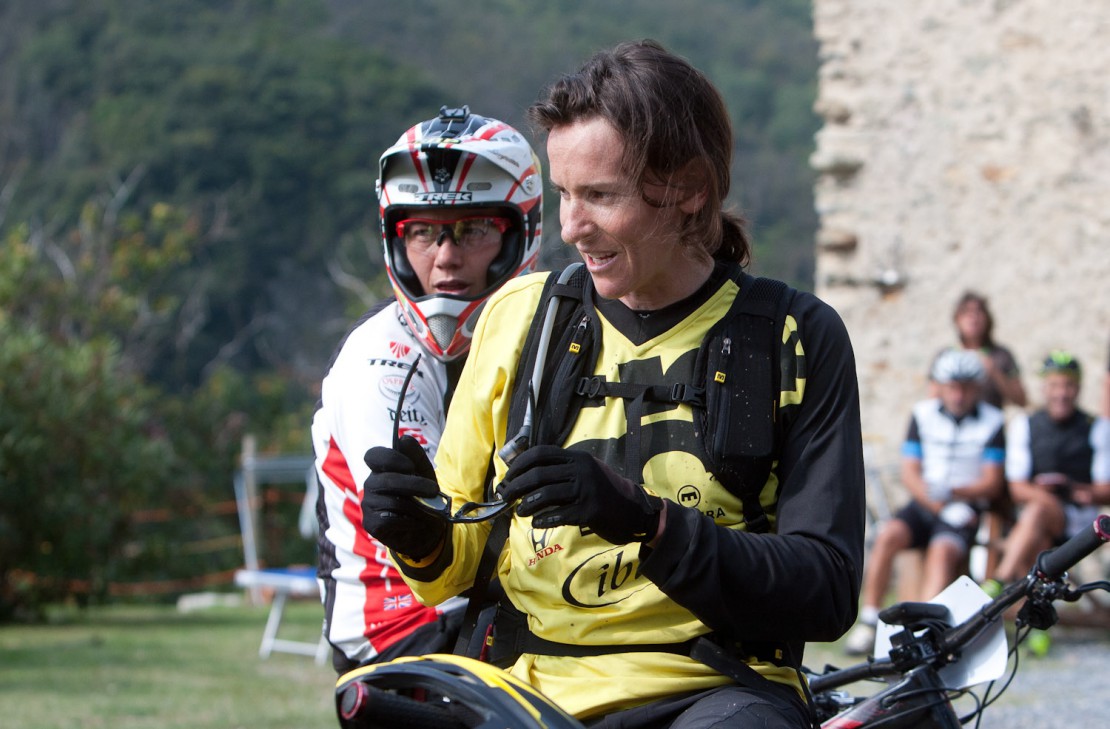 The top two women after the last stage at Finale Ligure. 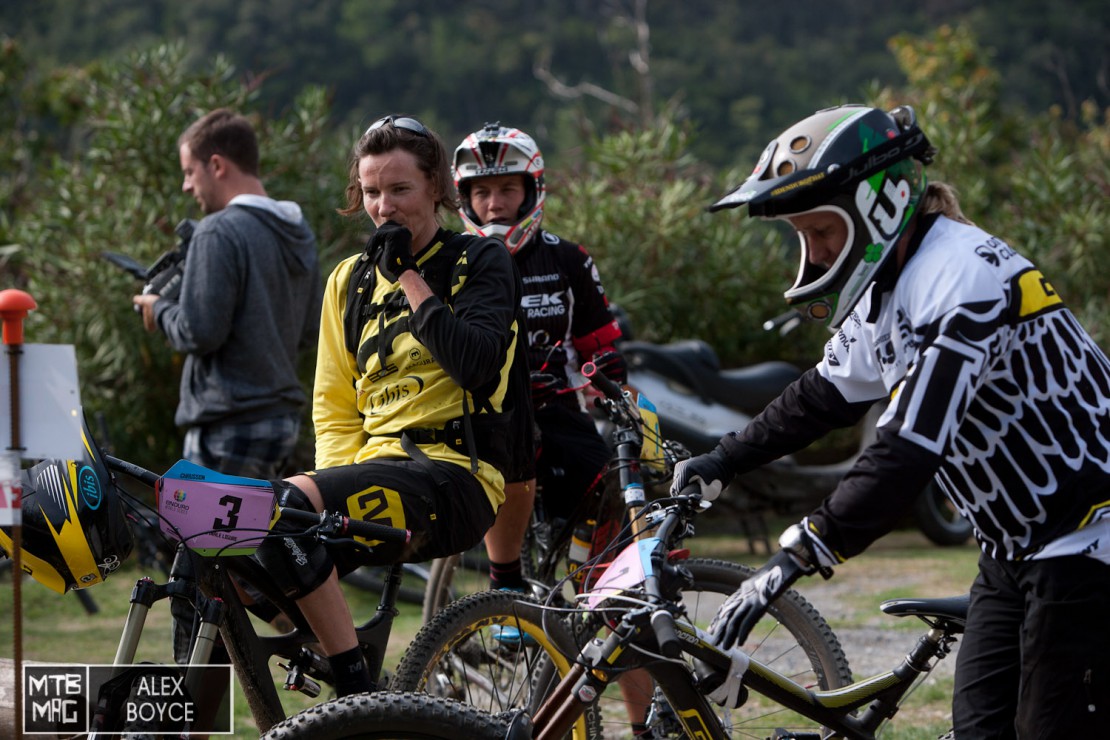 It was actually all down to Cecile Ravanel to decide the winner of the race.

Tracey Mosely and Anne Caroline Chausson’s in combination with Cecile Ravanel nipping at their heels in the battle to be at the top made a gripping race season with many ups and downs. In the end it came down to the last race and depended on Cecile the third place runner not winning or beating Tracy for her to take the title on points. Tracey just had to ride tactically and not crash or come in below 20th position. Such a close thing and really impressive for women’s Enduro racing. This is what competitive riding is all about, close racing and making it come down to the line.

Winning one stage is surely not that important is it? Well Cedric has been injured more times than we care to remember, most recently at the Mega Avalanche in Reunion Island. Where he almost died from blood loss as was stabbed in the leg and cut a major vein when he had a crash. Yet he came back and stomped a stage victory in Chile, really impressive and again demonstrating a mental toughness that only the top racers have and is necessary to race at the top and especially important to get over serious injuries and comeback. Coming back is a nerve wracking experience for all riders, the mental self defence mechanism that we all poses makes us want to go slowly, fighting that like Cedric did and making it to the top and a stage win is pretty damn good. 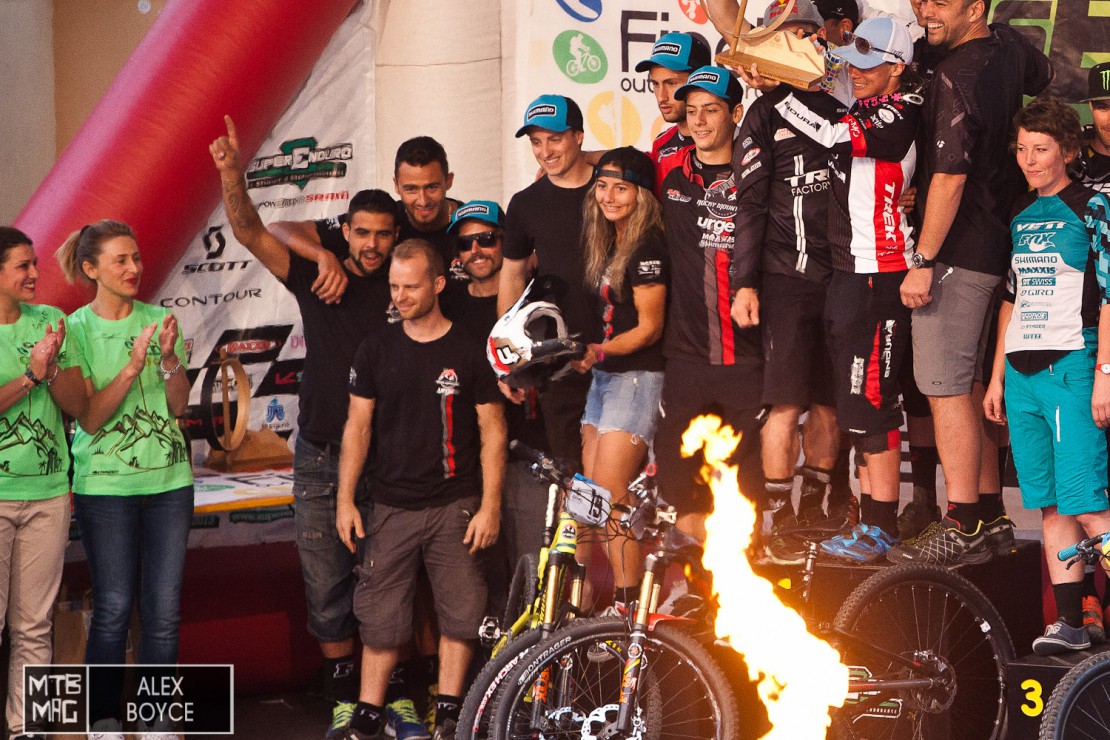 The young Rocky Mountain team showed who will be the future stars of Enduro.

The young team managed a stunning podium by keeping enough of their 4 riders in the top tiers of the race results over a whole season and not being reliant on one or two super stars. This gave their team one of the best chances of being a top winner and a boost to young riders everywhere. The team consisted of:-

We will be watching who comes from their ranks next year to challenge for the top spots of the overall individual race series. 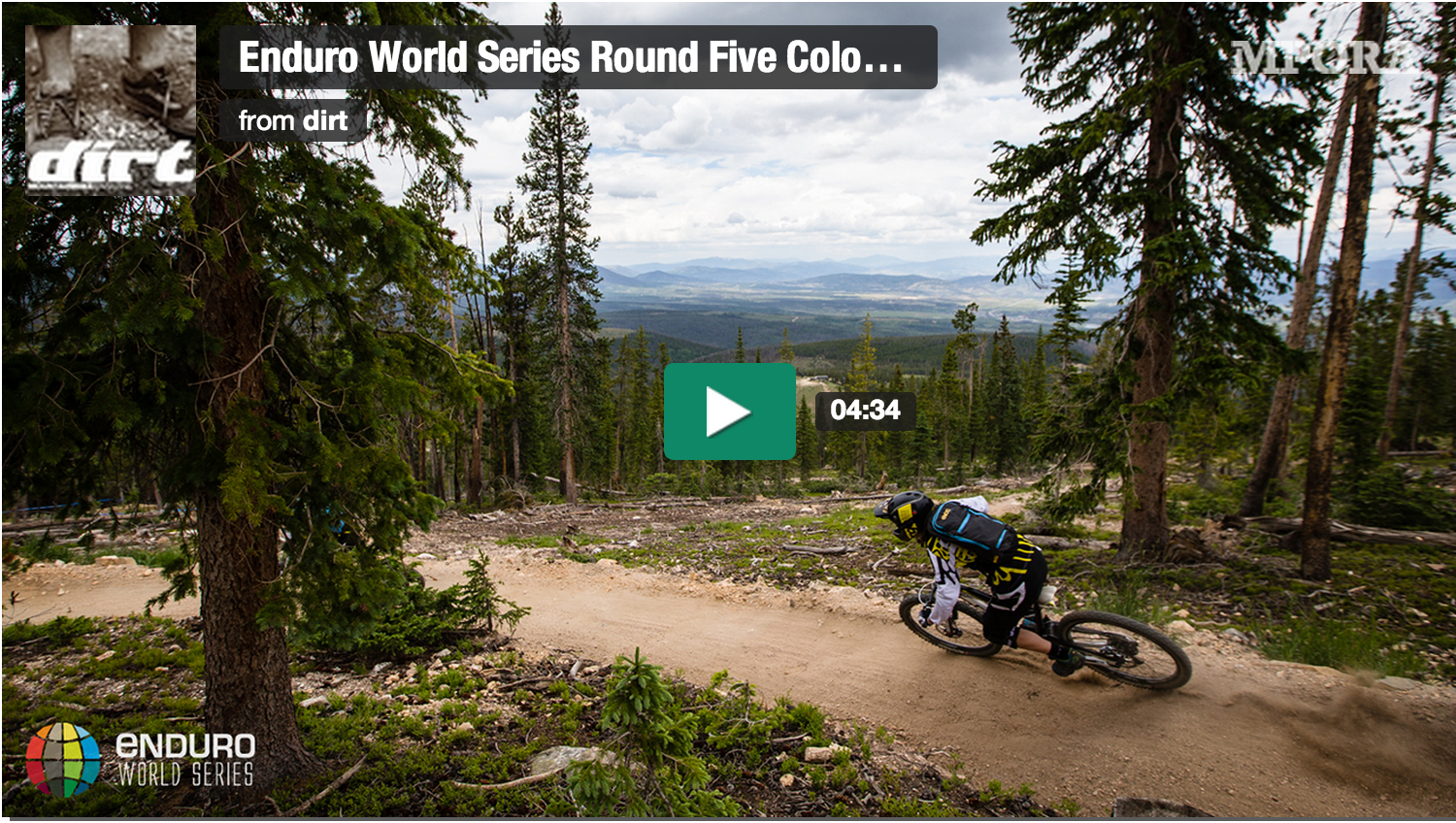