Trek just dropped a rather surprising new lineup of mid travel bikes today.  About a month ago we were invited up to Squamish to sample the new bikes on some of the finest trails in British Columbia. Our initial on trail impressions of the bikes are covered here in a separate article, but since there is a fairly large amount of information to digest, this here is a more technical article covering the updates to their range, design, geometry etc.

As a brief overview, the Remedy goes from a 140mm travel, 29″ wheeled bike to a 150mm travel 27.5″ wheeled bike.  One might ask – what on earth happens to the highly coveted, award winning Remedy of old?  Well, the new Fuel EX picks up 10mm of travel, bumping it to 130mm, and replaces the old Remedy.  With Boost spacing, the Fuel EX has the option to run either 27.5″ plus or standard 29″ wheels on its much more aggressive geometry set.

Trek managed to lean down their lineup substantially and we think they’ve done a great job at covering the bases with a highly adept, multi discipline range of bikes.  In doing so, they’ve managed to span an even broader spectrum, while trimming things down from 5 models to 3 as shown in the charts below.

In terms of geometry, the Fuel EX borrows some of the more aggressive attributes of the old Remedy, but keeps some of the classic trail bike feel from the old Fuel EX  as well.  It meets comfortably in the middle with the ability please nearly anyone.  In short, it’s 5mm longer in the top tube, about 1º slacker, and lower in the BB.

The Remedy, which sees a different wheel size adapts numbers that are much like the highly successful Slash from last year, but it is dialed back ever so slightly with geometry that’s been toned down just a touch.  It’s irrelevant to draw a comparison to the 29″ wheeled Remedy, but to rattle off some numbers, the new bike features a 66º head angle, a 458mm reach (size 19.5″) and a 336mm BB. 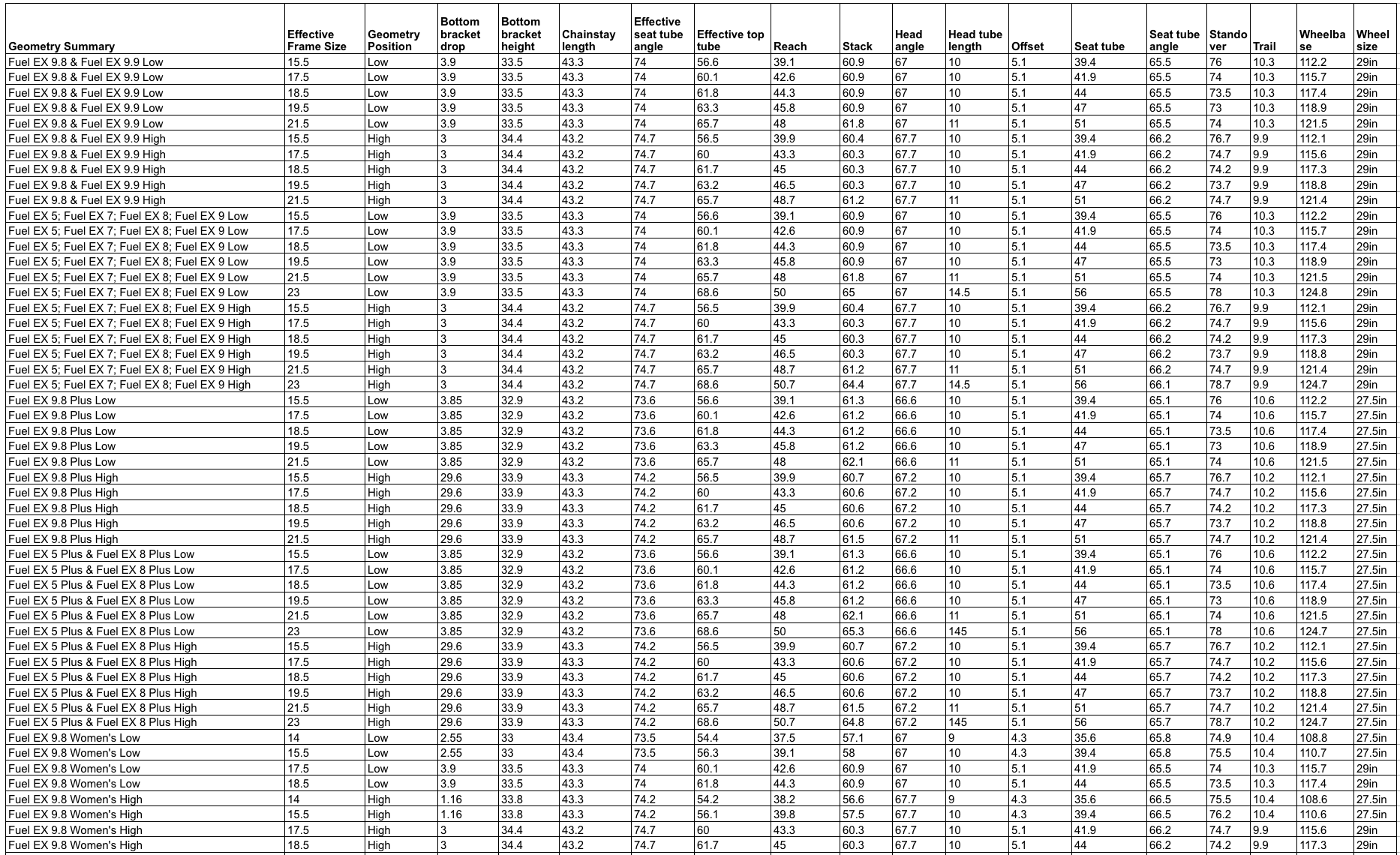 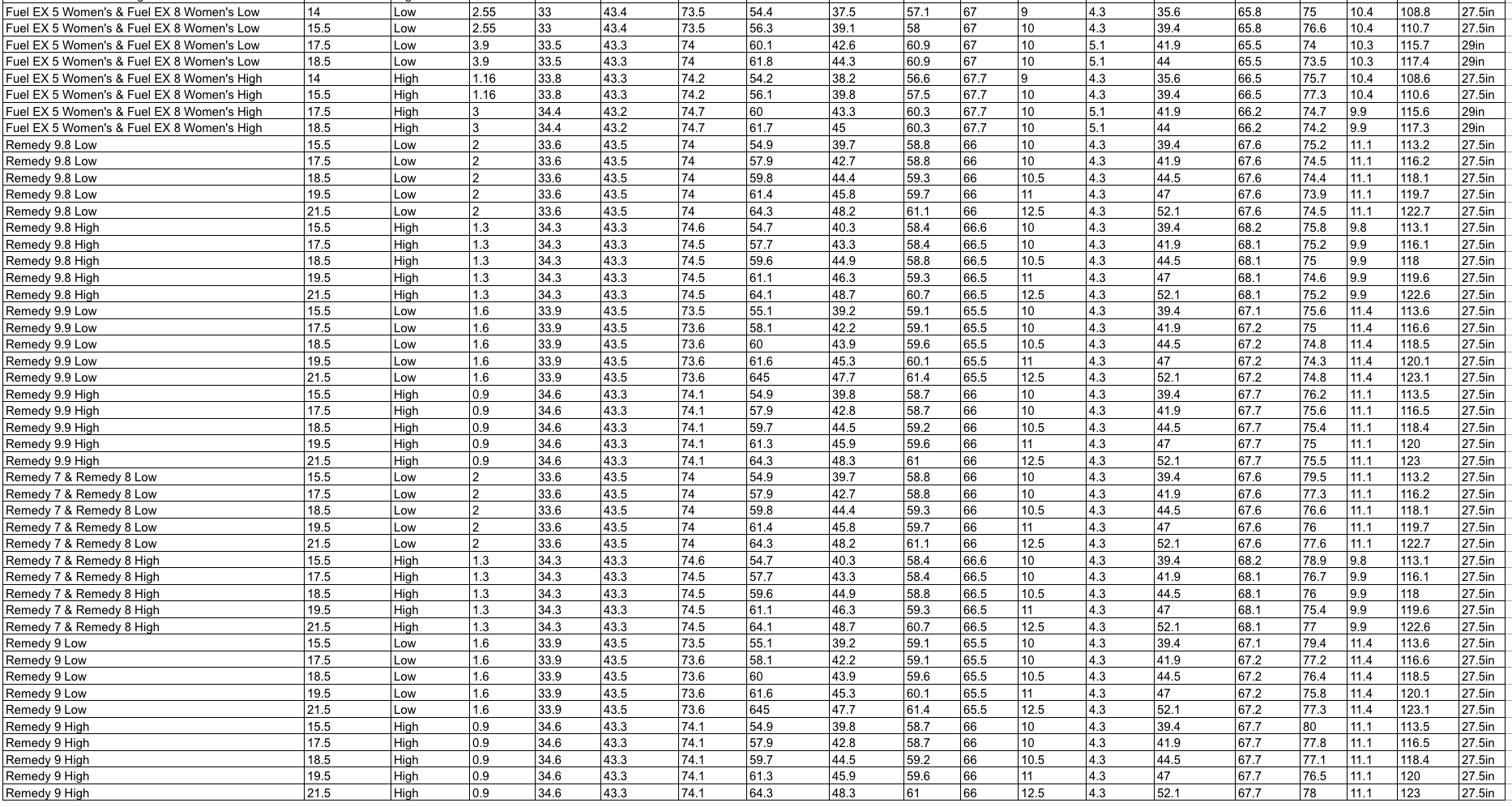 Both the new Fuel EX and Remedy feature a steering lock that’s integrated into the frame and headset with custom spacers, a keyed headset cover and a replaceable stop chip that’s built into the frame.

The purpose of “Knock Block” wasn’t solely to prevent the bar from spinning around.  It was largely brought about and implemented as a way to utilize a larger, straighter downtube.  According to Trek, this yields a much stronger, stiffer front end, but it exposes the downtube to the fork’s crown. Rubber bumpers serve as additional protection for the frame in the event of a crash.

Due to a combination of the new Straight Shot downtube, and Boost spacing, the new Remedy is stiffer than both the old Remedy and the old Slash.

If you haven’t picked up on it yet, the Remedy is meant to be a bit of a “one bike to rule them all” type for the more aggressive, gravity crowd.  Although it isn’t specifically designed for enduro racing, it could easily be used for that purpose.  It should easily please the occasional park rider and anyone looking to tackle rowdy terrain on their every day rides.  Some notable features are : adjustable geometry via the “Mino-Link”, ABP link for neutral braking, and a new higher volume, metric sized RockShox Deluxe with Re:Aktiv inside. 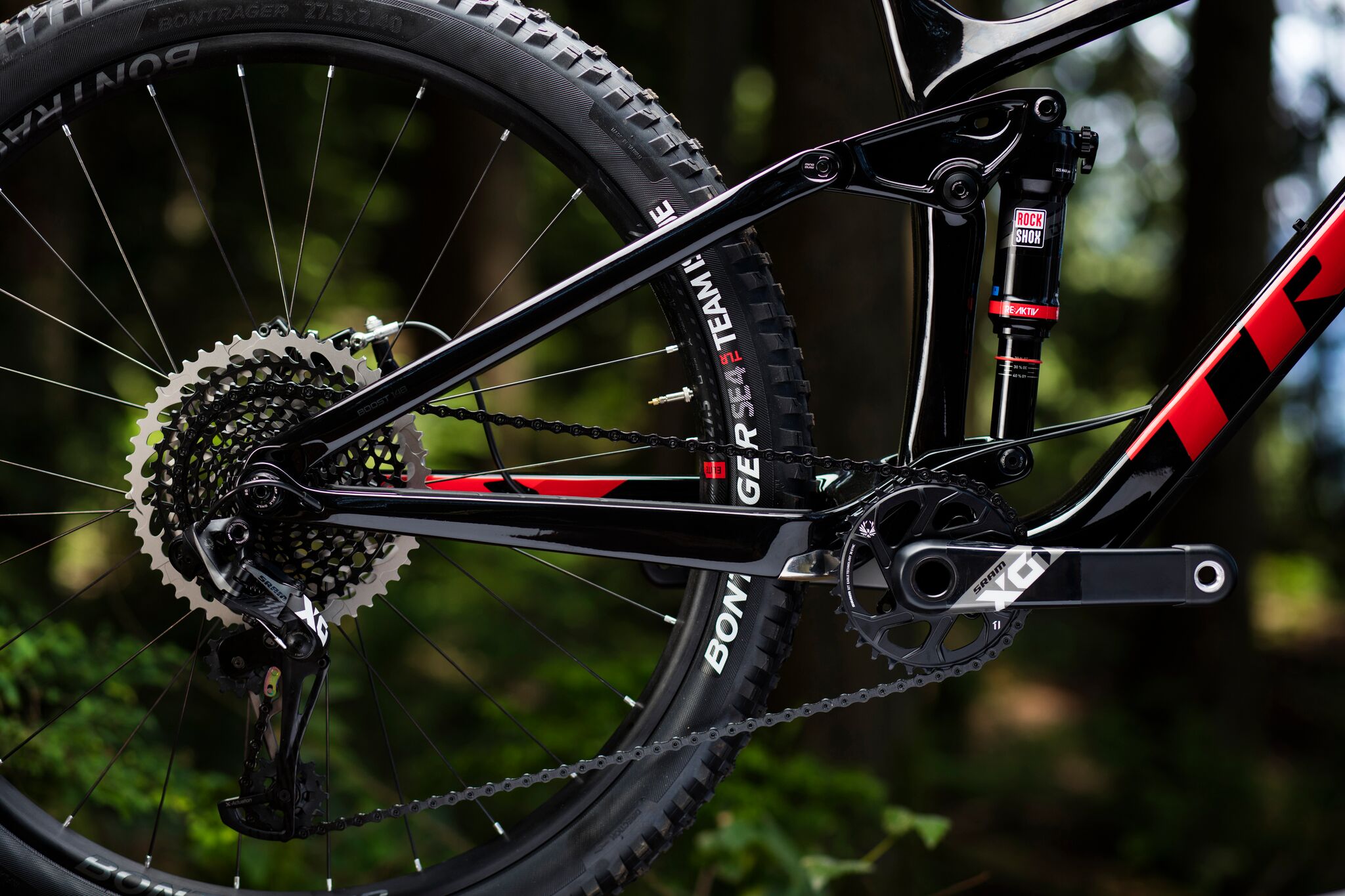 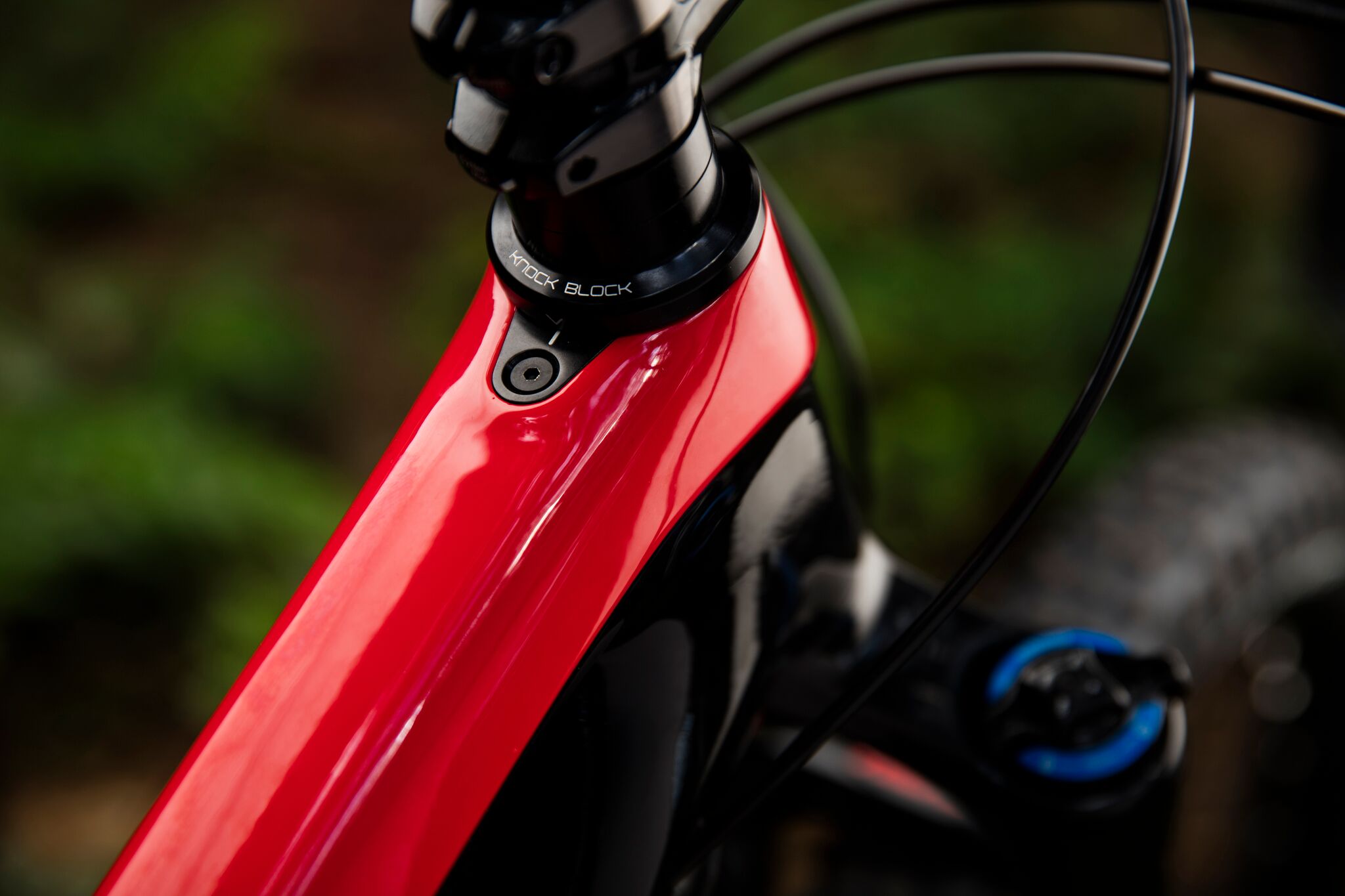 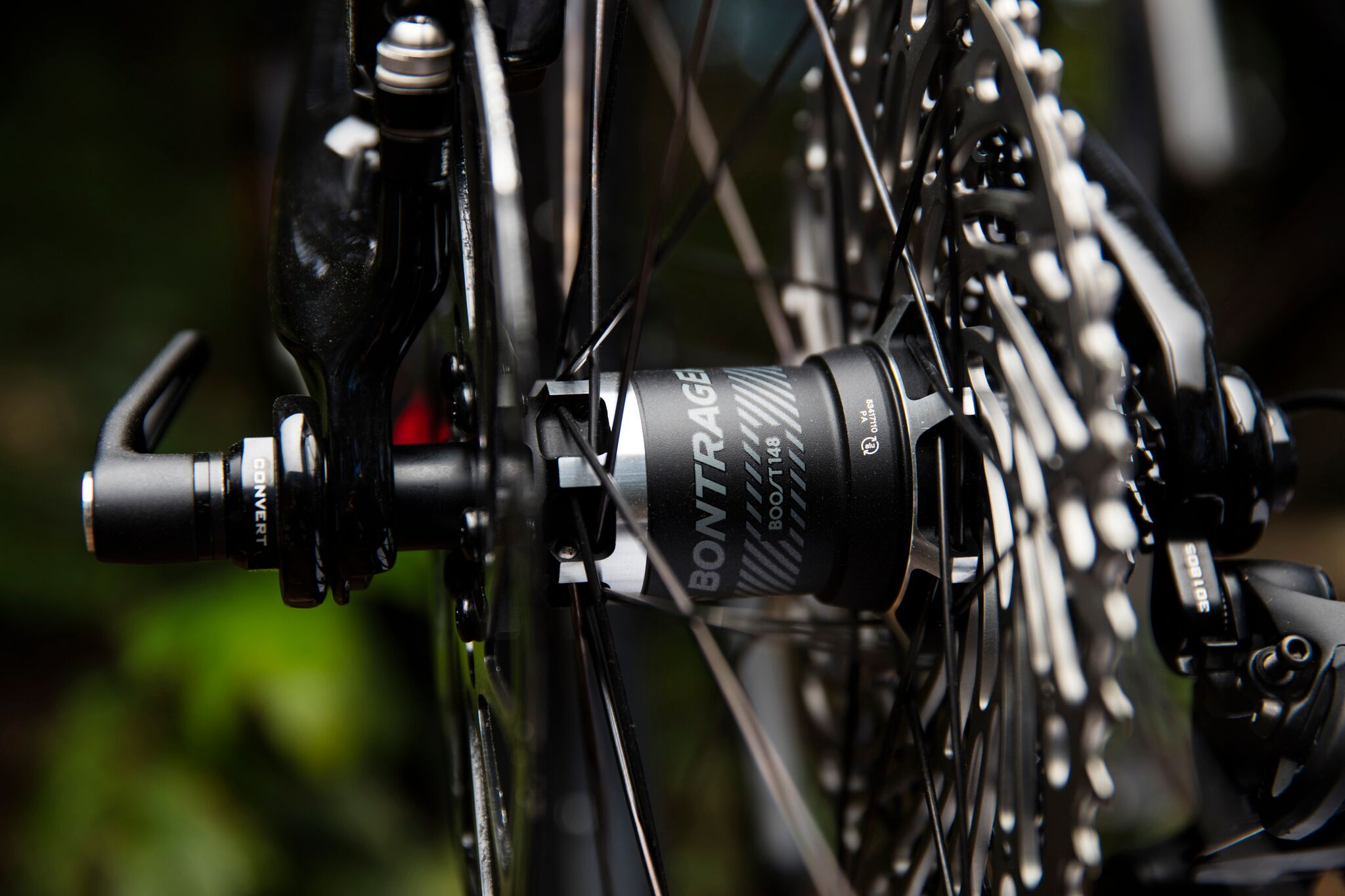 The Fuel EX is the bike in Trek’s lineup that will please the broadest range of riders.  Last year it was available as two different bikes/frames with two different respective wheel sizes.  This year it features a 140mm fork, 130mm rear travel and beyond a frame only option, there are multiple spec levels (which can be seen in the PDF below) for both 29″ wheels and 27.5″ plus wheels using the same frame.  Trek’s explanation for the intended usage is laid out below, and does a good job of explaining how type of rider should pick their respective wheel size within the Fuel EX umbrella… 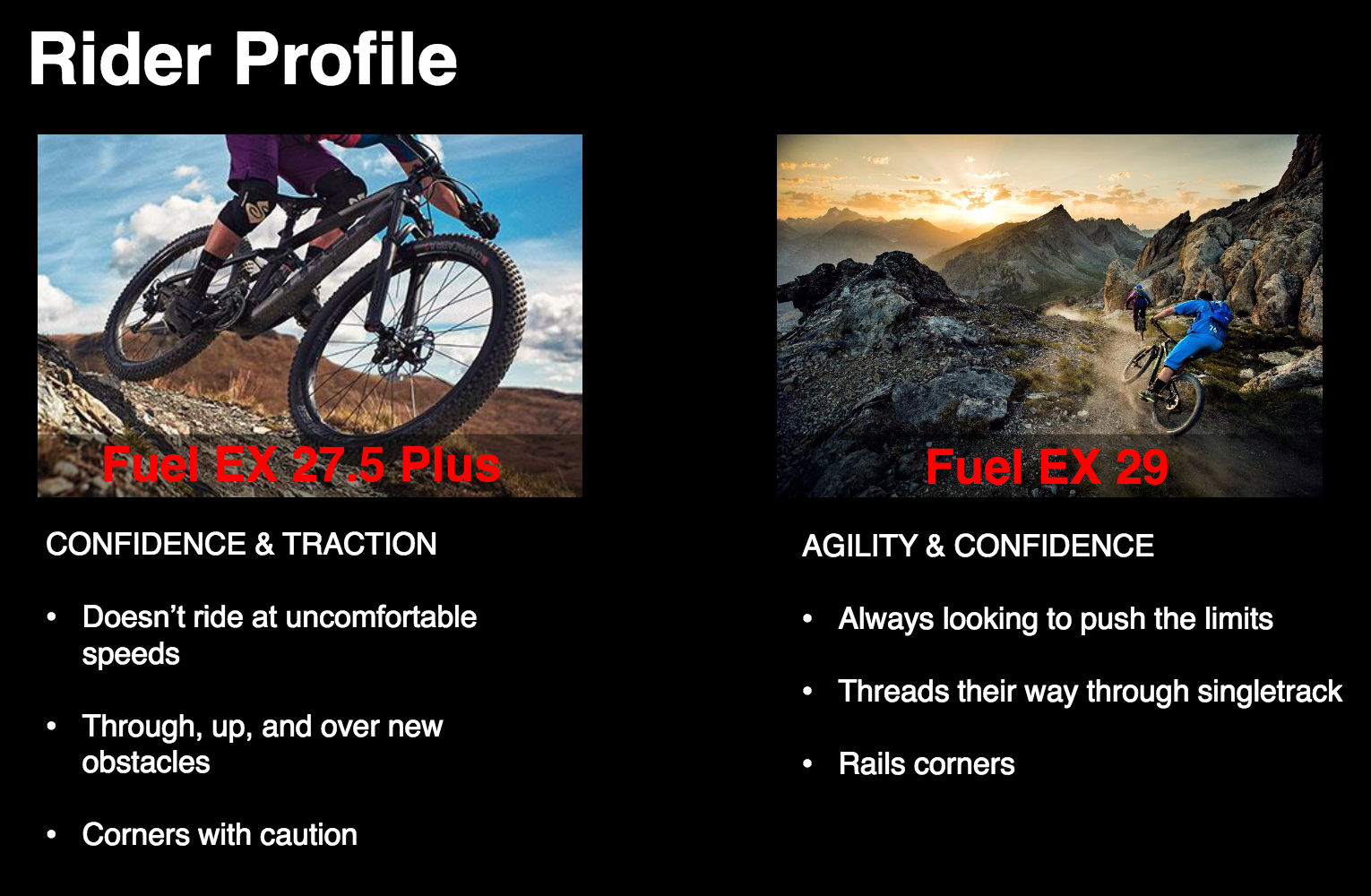 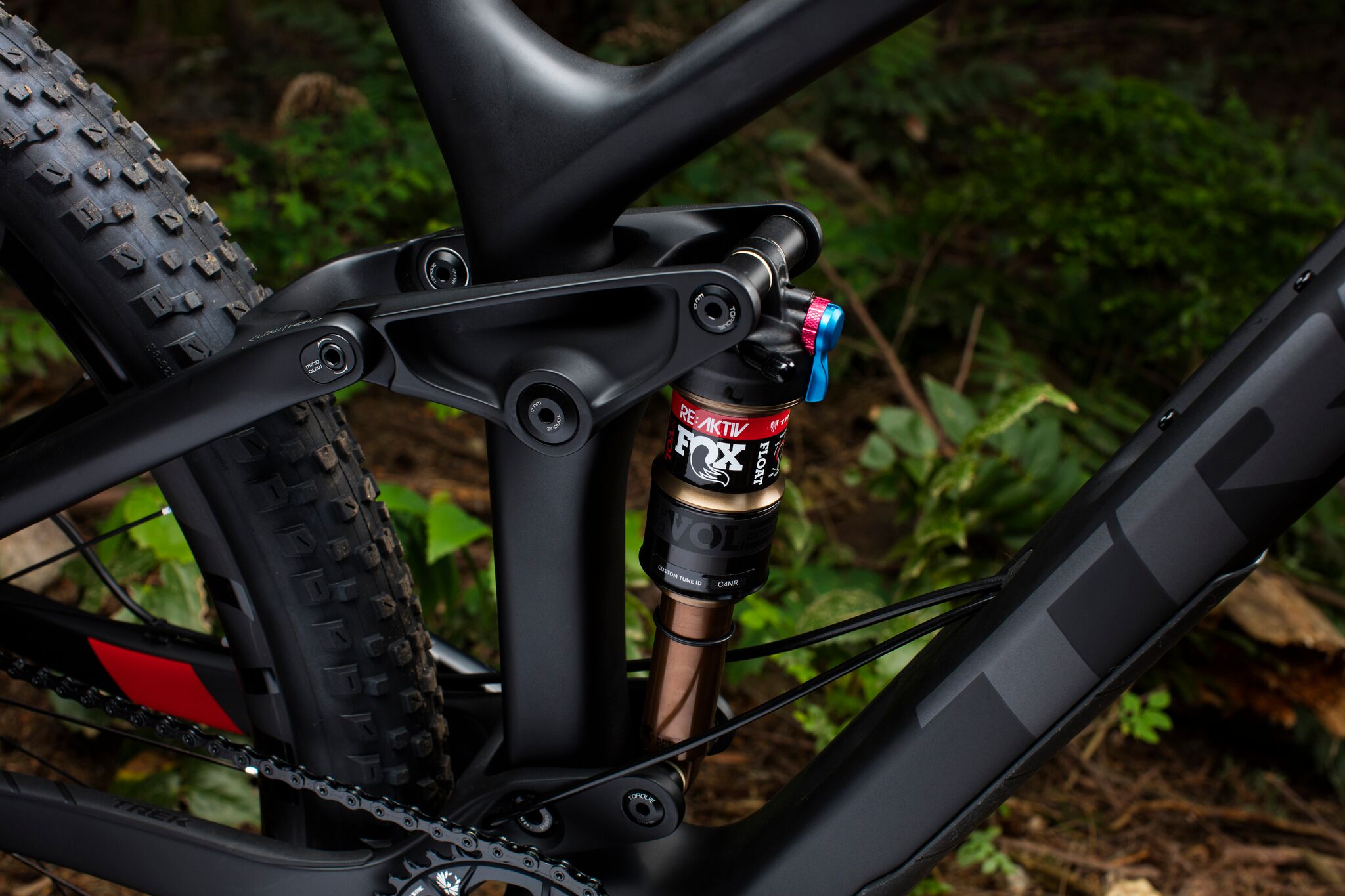 Trek have also done a great job of streamlining the women’s lineup.  The Lush gets replaced with the new Fuel EX Women’s.  The two smaller sizes come with proportionate and more manageable 27.5″ wheels while the larger two sizes come with 29″ wheels as they should be more easily thrown around by taller women. For both Remedy and Fuel EX, there are a great number of models with varying spec levels and frames comprised of full carbon, full aluminum and a combination of both materials.  Click the link below to open a PDF to browse the full specs.  Weights and prices are listed even further down as well.