Looking ahead to the start of the 2021 UCI DH World Cup season, which we hope will not suffer further postponements, Trek presents the new DH weapon that will be brought to the race track by the Trek Factory Racing athletes such as Loris Vergier, world champion Reece Wilson, Charlie Harrison and Kade Edwards. 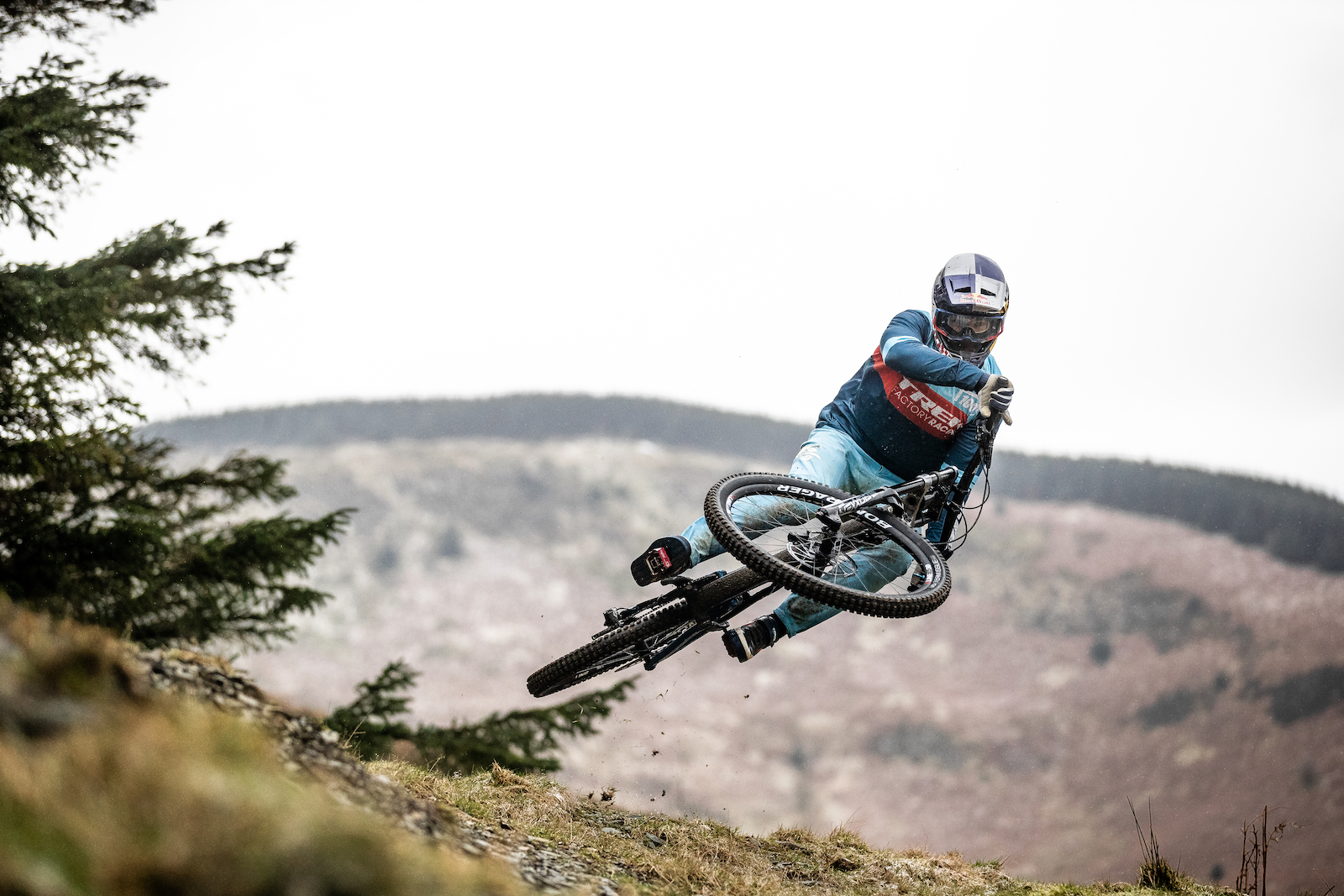 The new Session is not intended exclusively for top riders because it will also be available in stores for us mere mortals, with two different configurations or as a frame only option, as we will see later. Read on for all the details of the new Session. 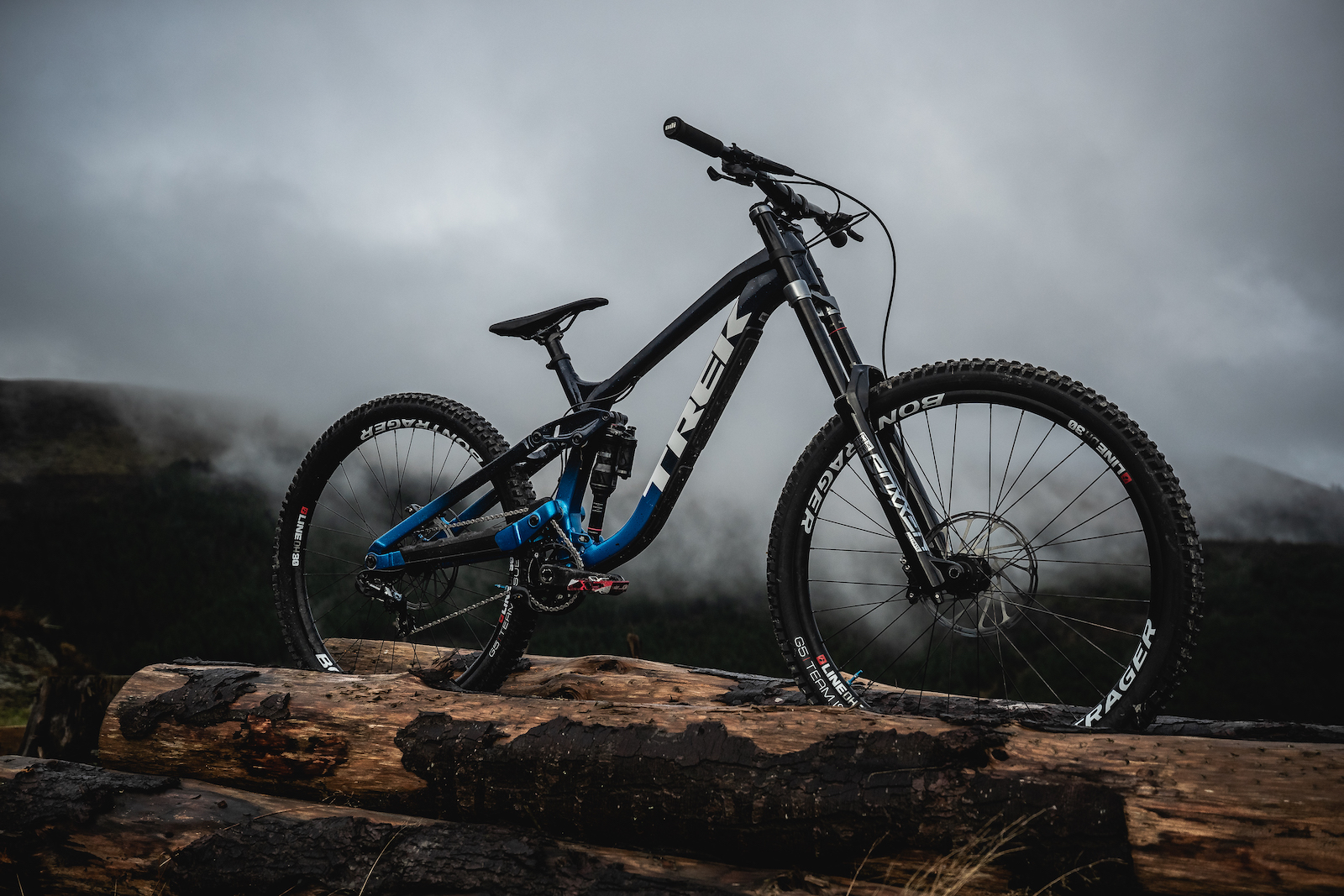 The new Session remains faithful to the previous models, both as regards the general layout and for the suspension system with 200mm of travel, the traditional wishbone with ABP concentric pivot, a trademark of the Trek design house. However, at first glance one cannot help but notice one of the main innovations of the new Session which is the rerouting of the chain resulting from the new pivot point of the suspension, much higher than the previous model. 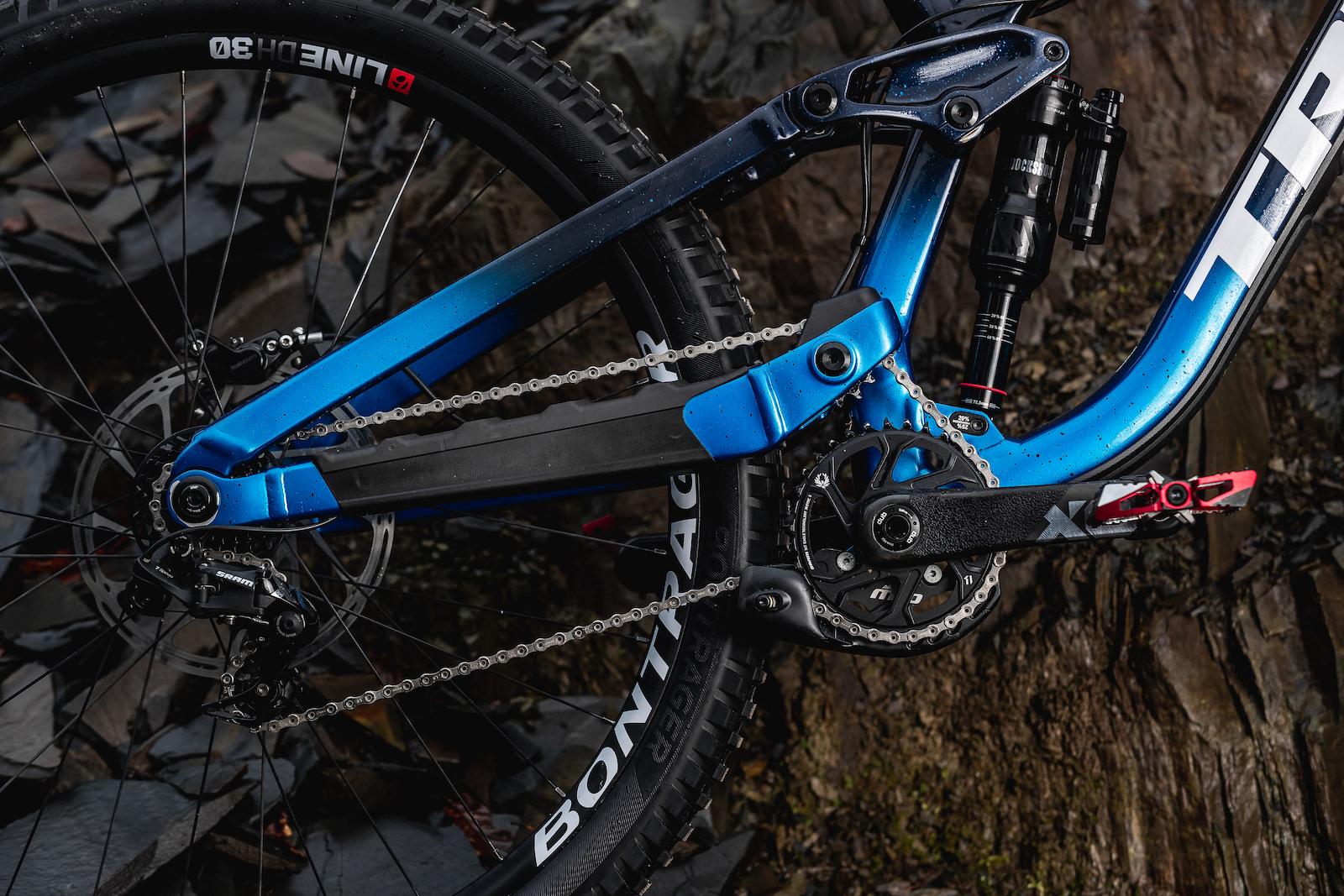 A solution currently very popular in the DH World Cup that the Winsconsin brand had already applied in the past on their downhill bikes, in 2003 on the Diesel and in 2006 on the more infamous Session 10. The main advantage of the high pivot, especially on bikes with single pivot suspension system like the Session, is to provide a more rearward wheel path than a pivot placed in a lower position, generally at the height of the chainring to optimize anti-squat and pedal kickback. 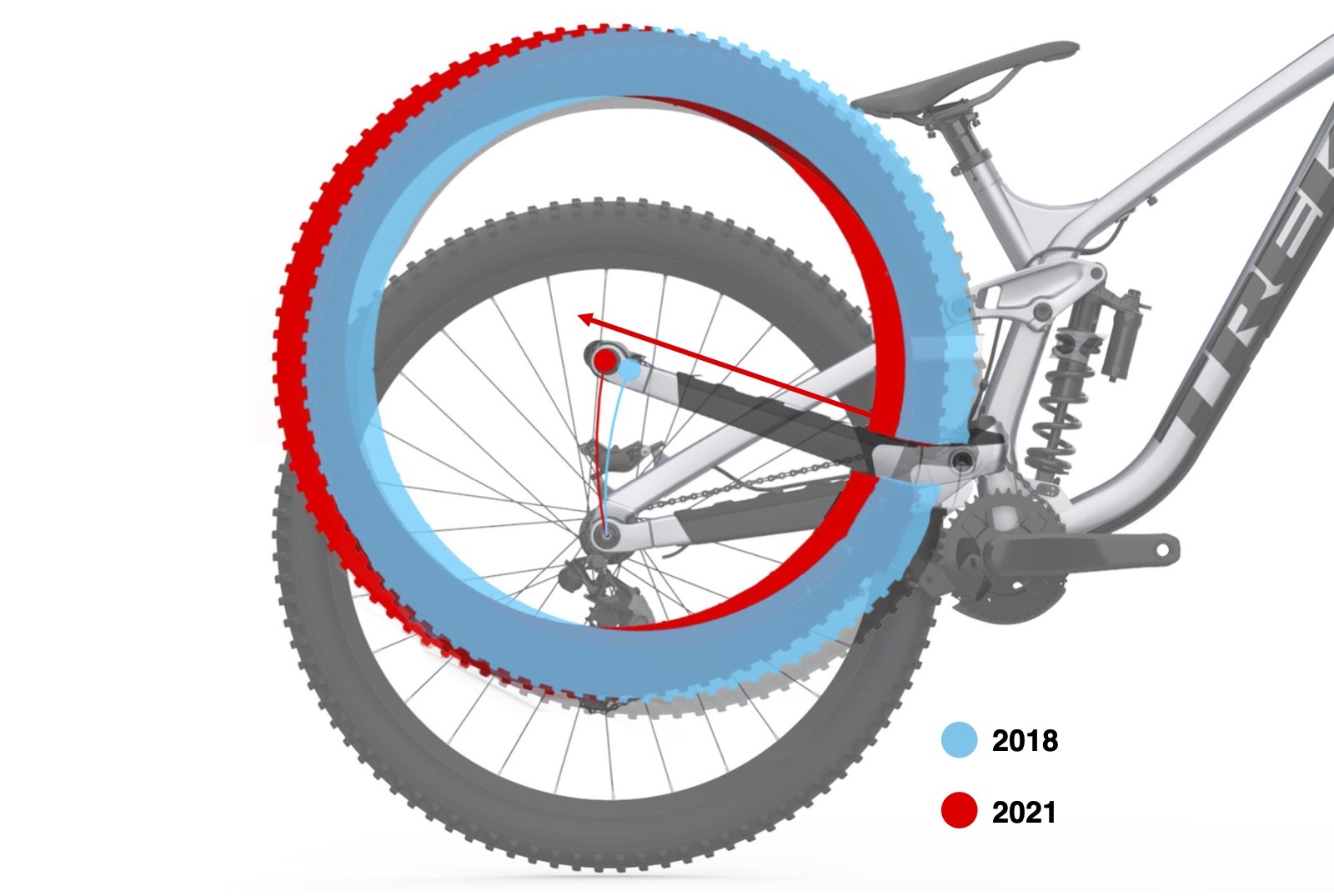 The result is in fact a wheel path that, at the maximum travel of the suspension, passes 25mm further back than the previous Session model, bringing enormous advantages in terms of carrying speed on bump sections, overcoming obstacles with square edges and therefore improves control of the bike and speed, essential aspects in the race field. 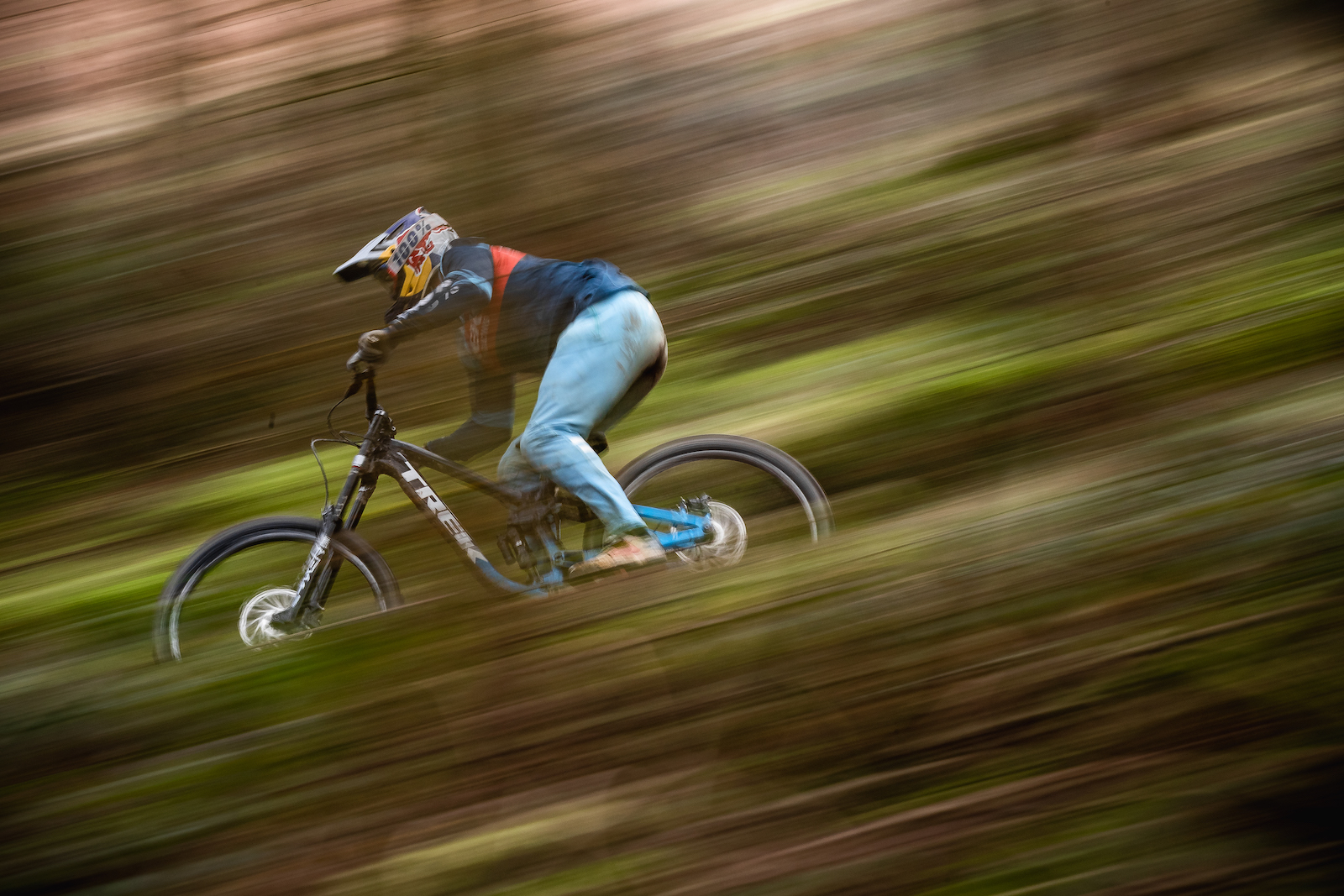 The high pivot by itself would negatively affect drivetrain-related aspects of the suspension system such as pedal kickback, anti-squat, and chain lengthening. And this is where the pulley comes into play which, positioned in axis with the pivot itself, optimizes the anti-squat numbers and makes the lengthening of the chain irrelevant, but above all considerably reduces the pedal kickback, passing from figures between the 15 and 27 degrees of the previous model to very low figures between 5 and 8 degrees of the new model. 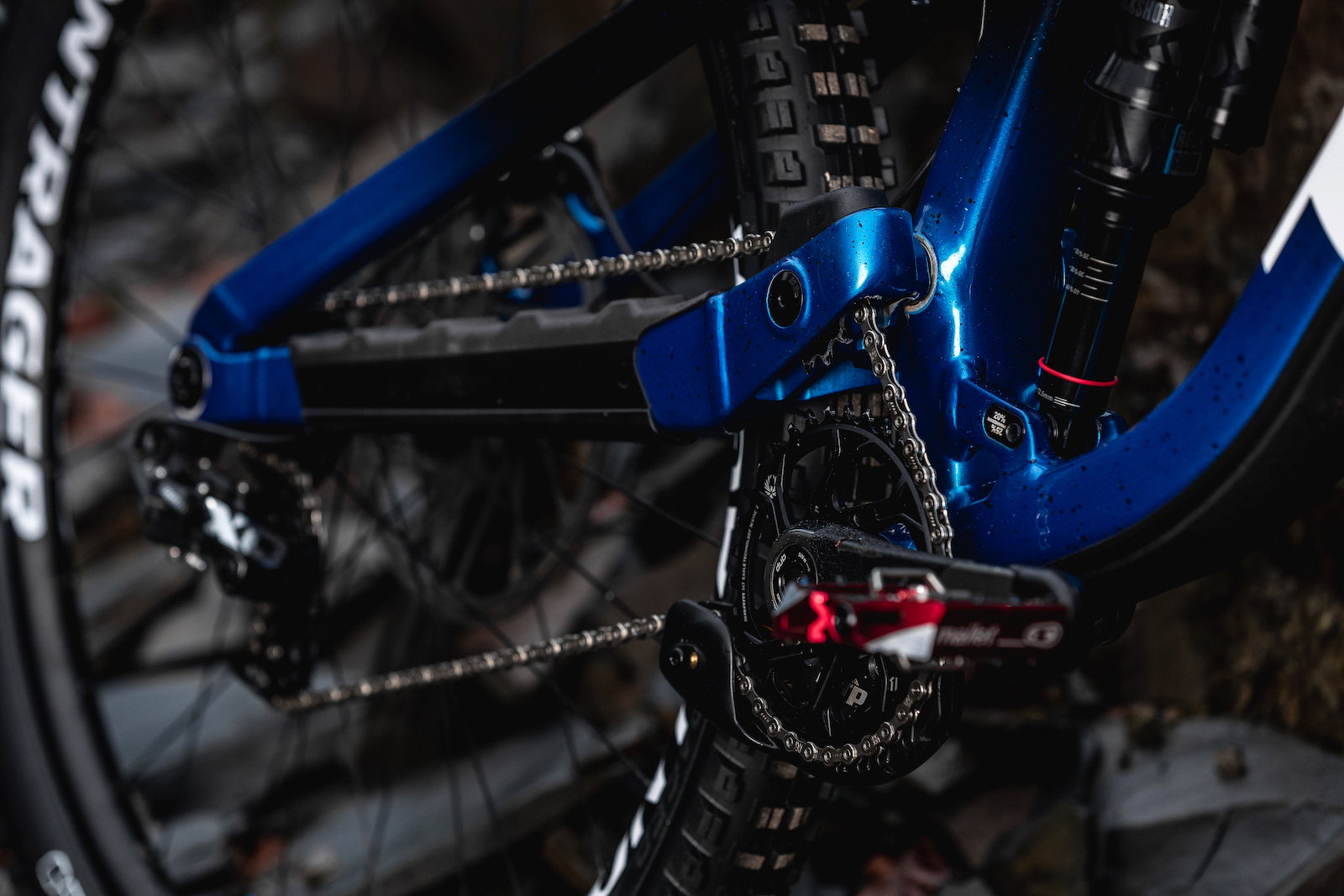 As many have already noticed, the new Trek Session’s chassis is made of aluminum. This is the Platinum Alpha alloy with hydroformed tubing and is a specific choice of Trek based on feedback from its athletes, so at least for the moment there is no carbon fiber version of the new Session. 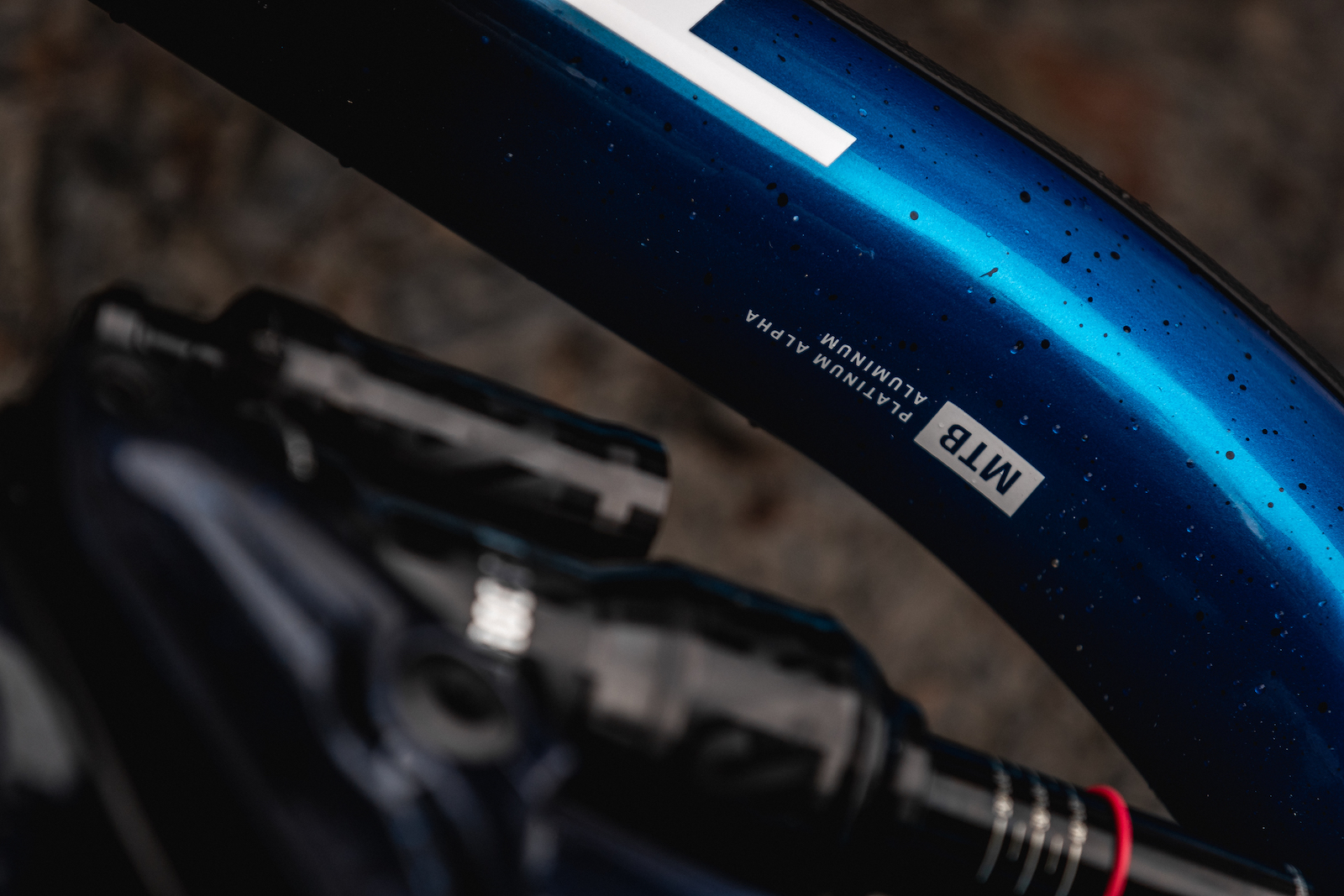 The compression curve of the suspension system of the new Session is adjustable via flip chips positioned on the lower eyelet mount of the shock absorber, called Suspension Mino Link. By varying the position of these flip chips it is possible to adjust the progressivity of the suspension between 20% or 25% according to rider preferences and the tracks being faced. The 20% position roughly follows the progressivity of the suspension system of the previous model and is designed for mainly rougher tracks while the 25% position favors the more flowy tracks. Unchanged compared to all the latest models is the possibility to change the geometry settings through the traditional Mino Link located between the seatstay and the linkage. 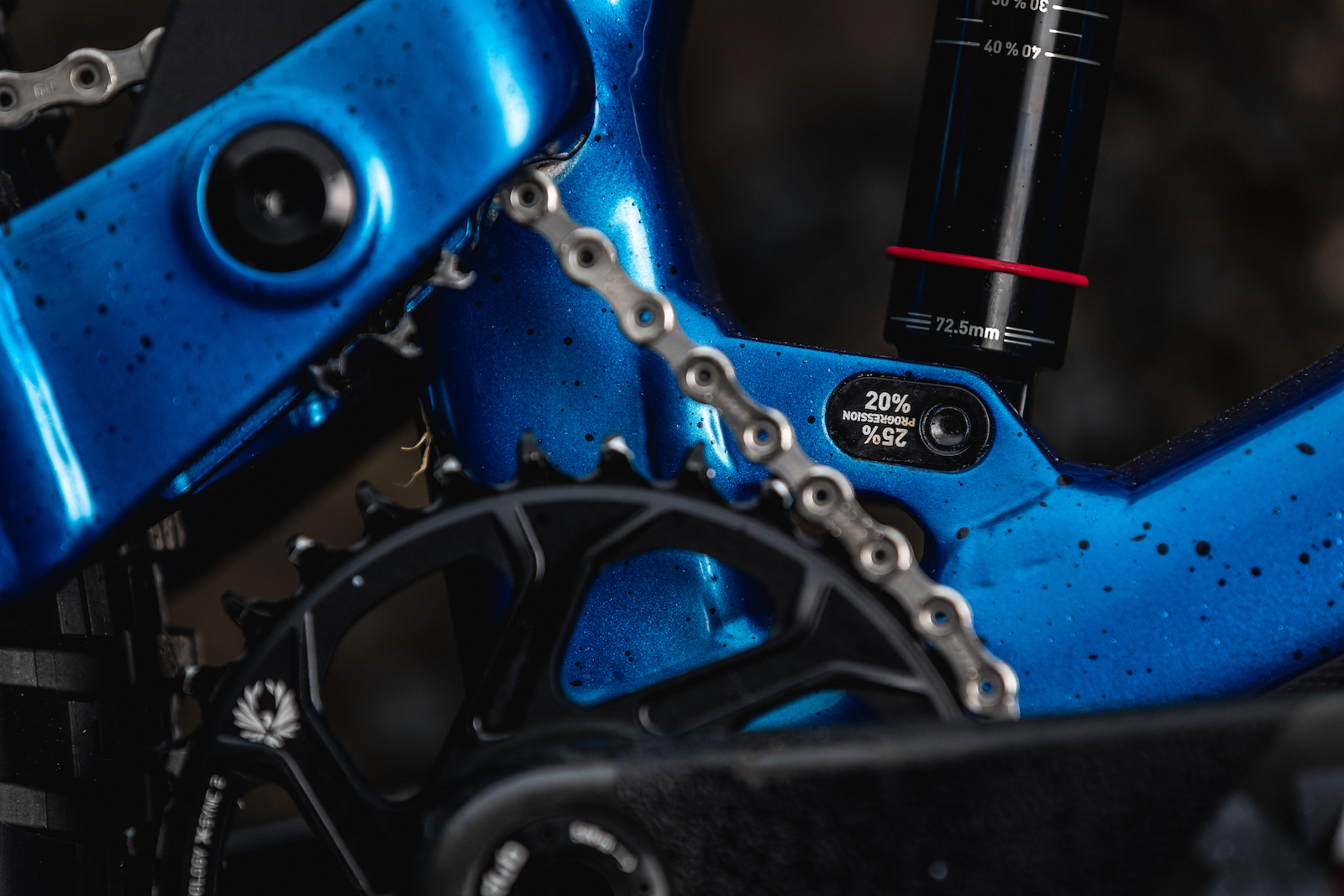 Even the geometry remains almost the same as those of the previous model, except for two decisive aspects that concerns the sizes: reach and chainstay length. The first has been extended on all sizes, which there are now only three and are no longer divvied up as M, L and XL but as R1, R2 and R3, where the R stands for Reach and the increasing numbers indicate the different sizes. This is because in fact the difference between the different sizes is mainly based on the reach while the other odds remain basically unchanged. 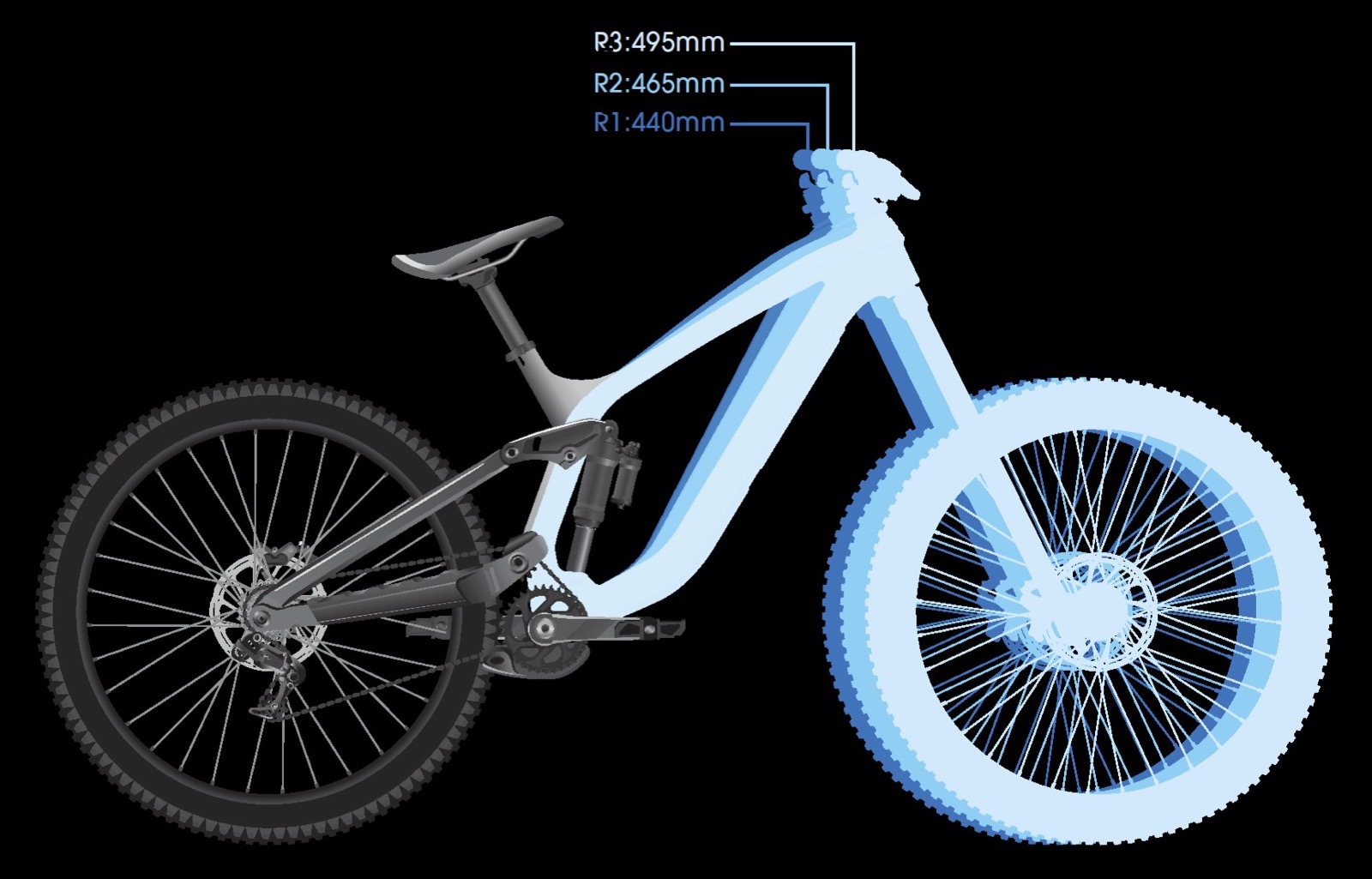 The exception is the length of the chainstay, which is different for each size, so as to place the rider in a more centered position on the bike, regardless of size. The chainstay itself is the same length and is the same on all three sizes while the front triangle has the bottom bracket positioned differently in order to obtain the appropriate chainstay numbers for each size. 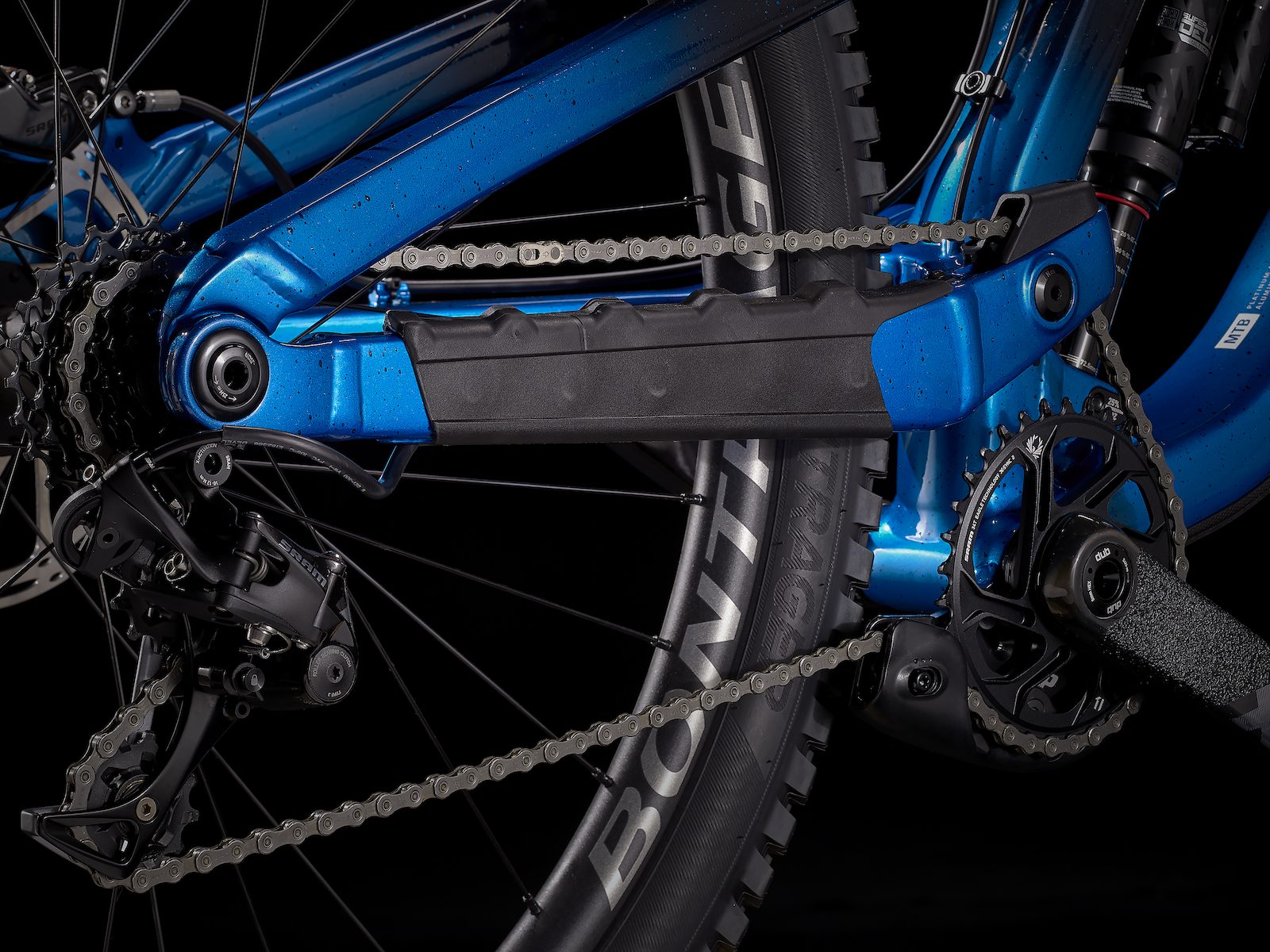 The new Session can be mounted with different wheel sizes, although Trek’s preferred option is with both 29″ wheels for which both positions of the Mino Link can be used with the consequent geometry configurations illustrated below: 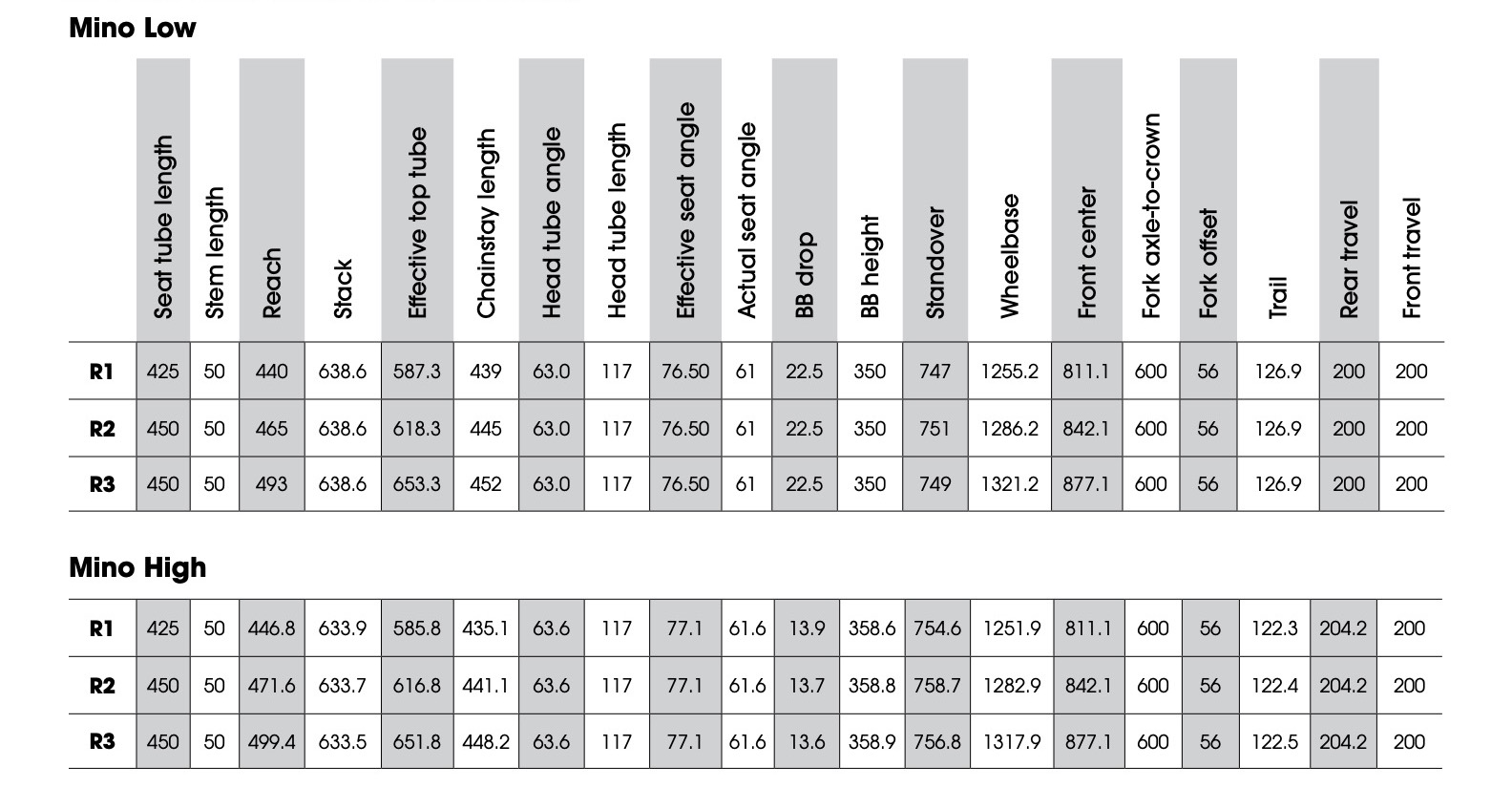 For those who choose the mullet option, which will be Loris Vergier’s preferred choice at the races, the Mino Link can only be placed in the High position. The resulting geometry is as follows:

It is also possible to mount both 27.5″ wheels. In this case, in addition to placing the Mino Link in the High position, it is necessary to insert an extension cup on the lower side of the head tube of the frame, in order to compensate for the lower ground clearance of the frame up front. The shell is supplied as standard both with the complete bike and with the frame. This is the geometry in the 27.5″ version:

Trek changed the cable routing on the new Session which now runs along the top tube and no longer through the down tube. You can choose whether to opt for the internal routing, with entry into the head tube and exit at the end of the top tube, before it crosses the seat tube, or whether to opt for the external routing for easy maintenance at the races, for which fasteners are provided. 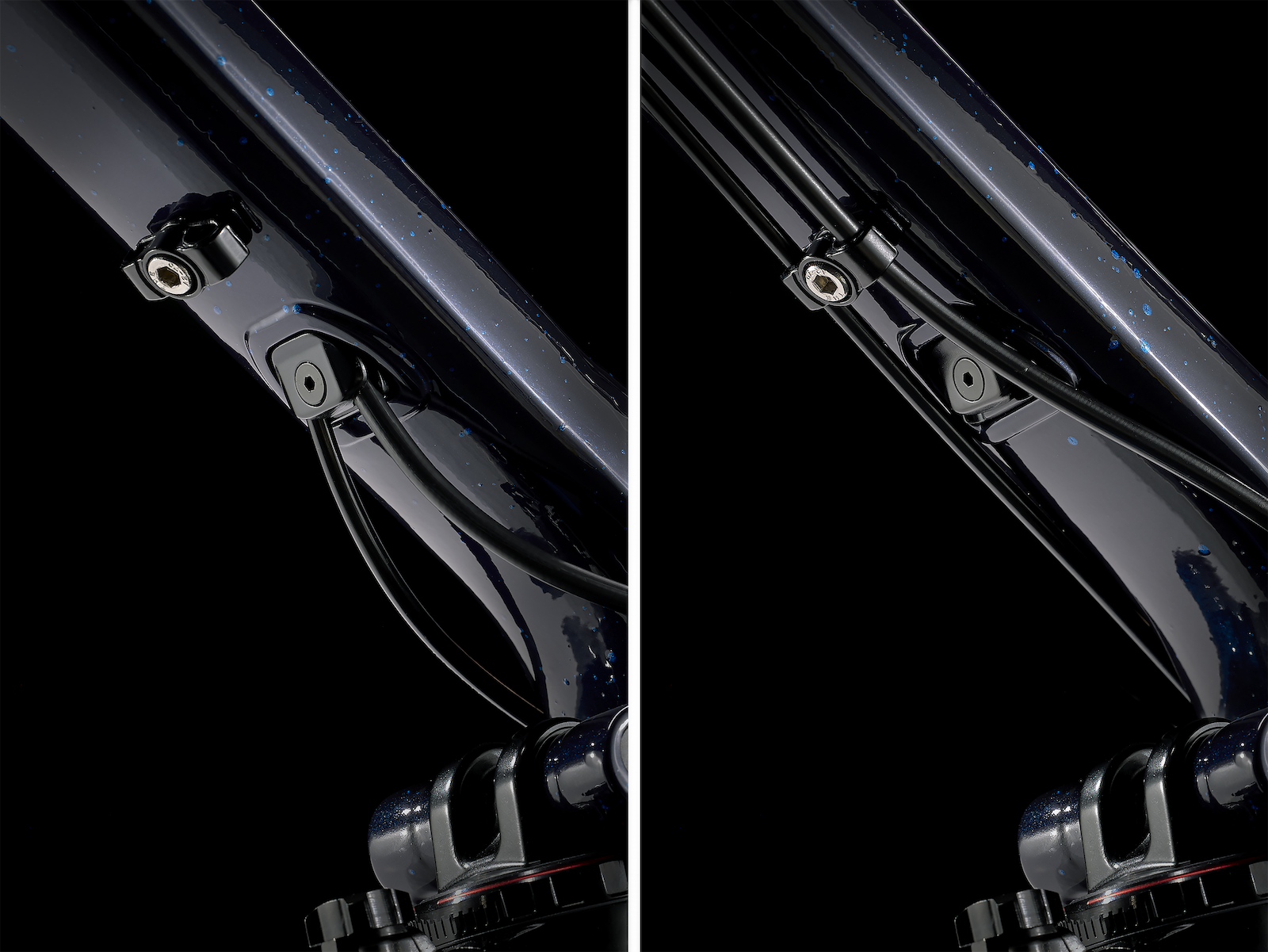 The down tube is equipped with a long protective shell in double density hard rubber that protects it entirely, from the bottom bracket to the steering area, keeping it safe not only from rocksflung by the front wheel but also from tailgate while shuttling. The protection is screwed to the frame and is removable and possibly replaceable. The chainstay is also abundantly protected by a dual density rubber shell with nubs that reduce the noise of the chain. Also in this case the shell is screwed on, removable and replaceable. 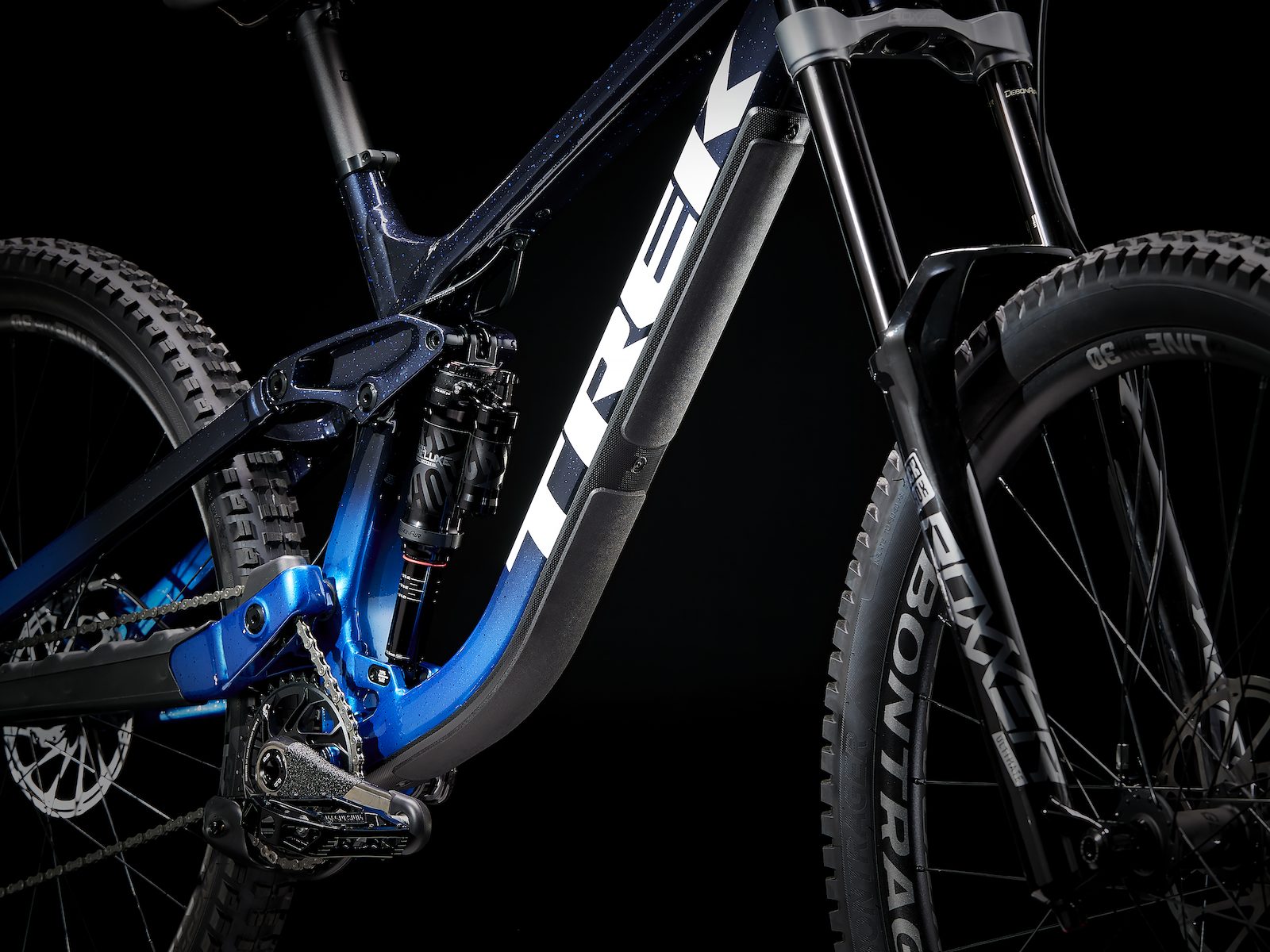 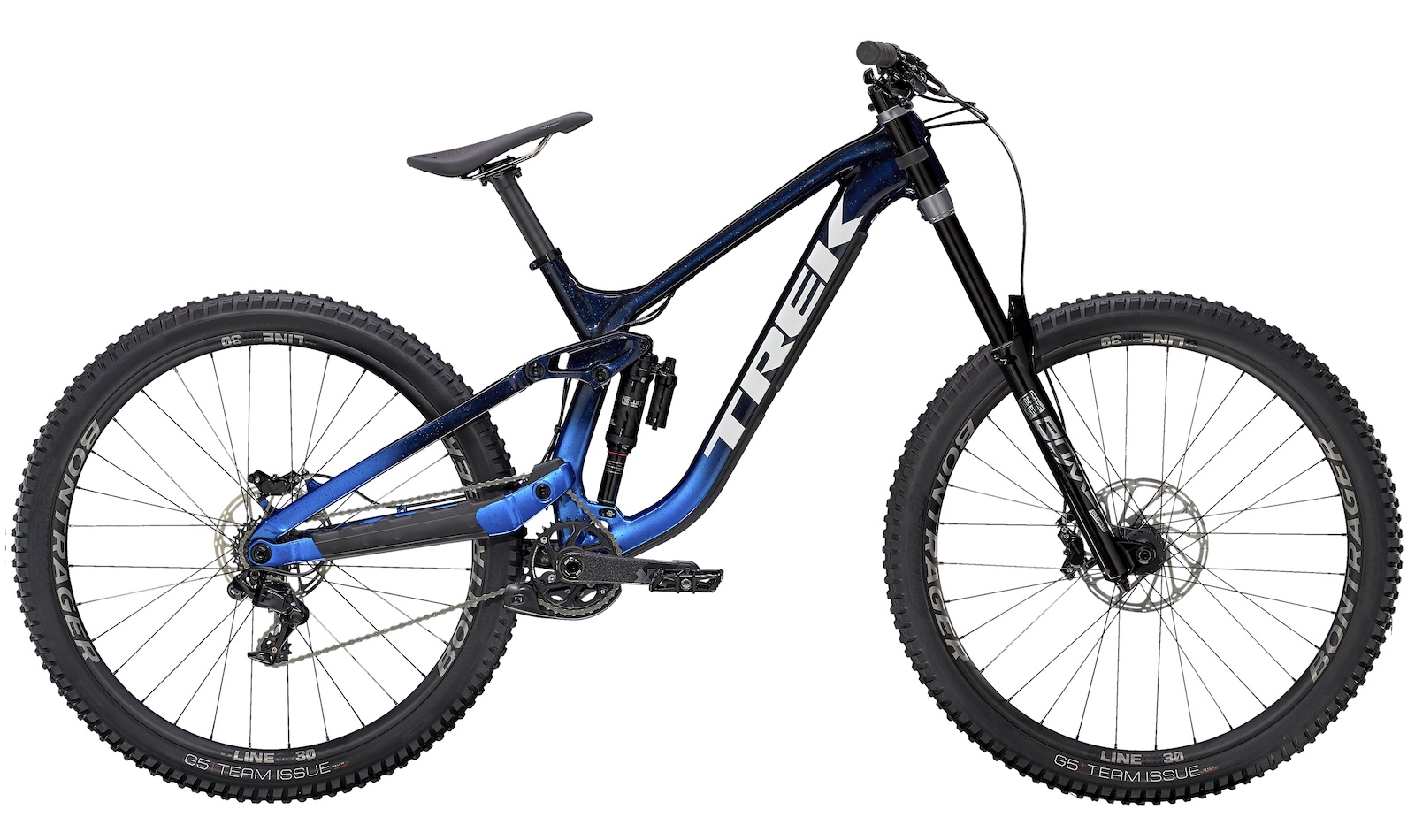 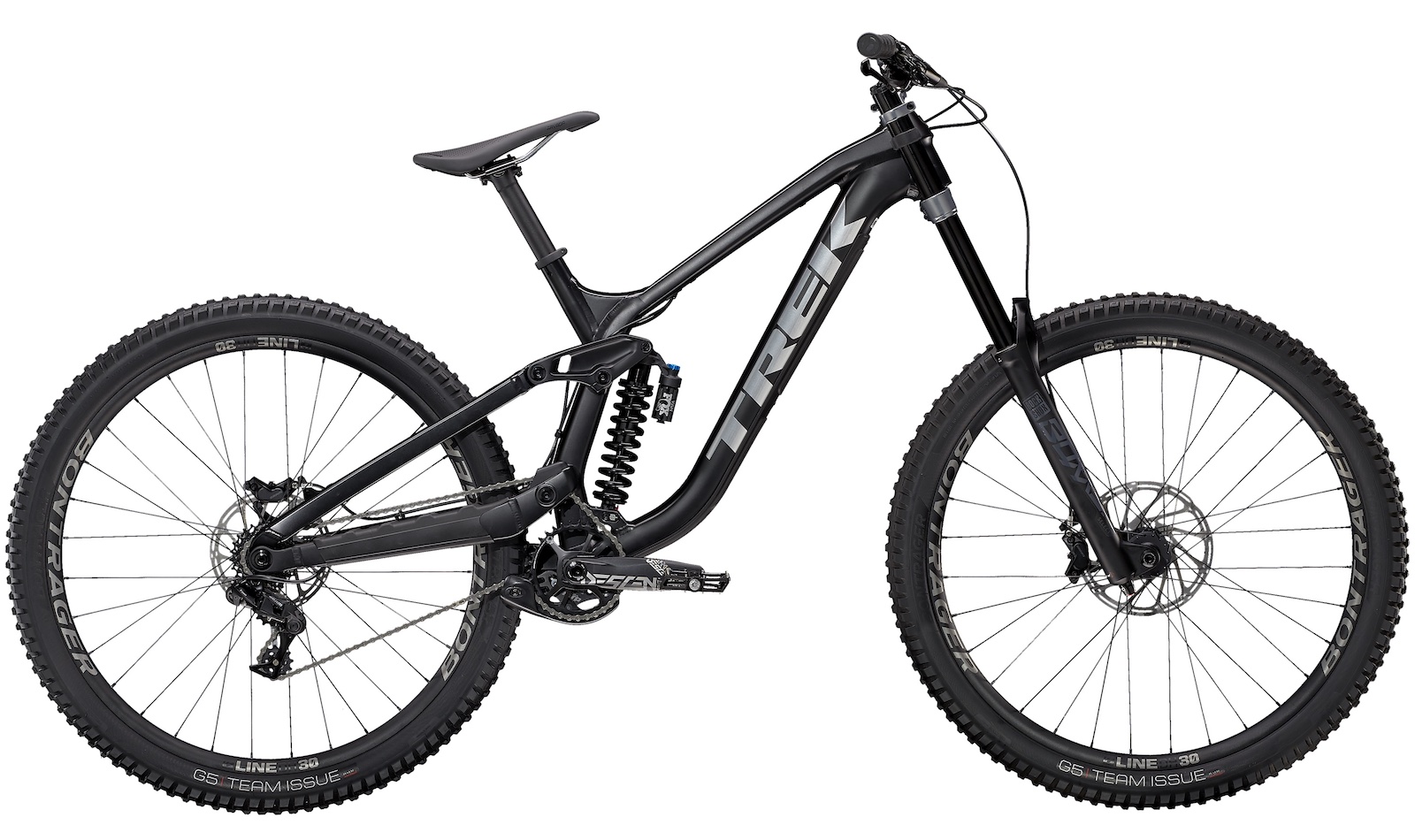 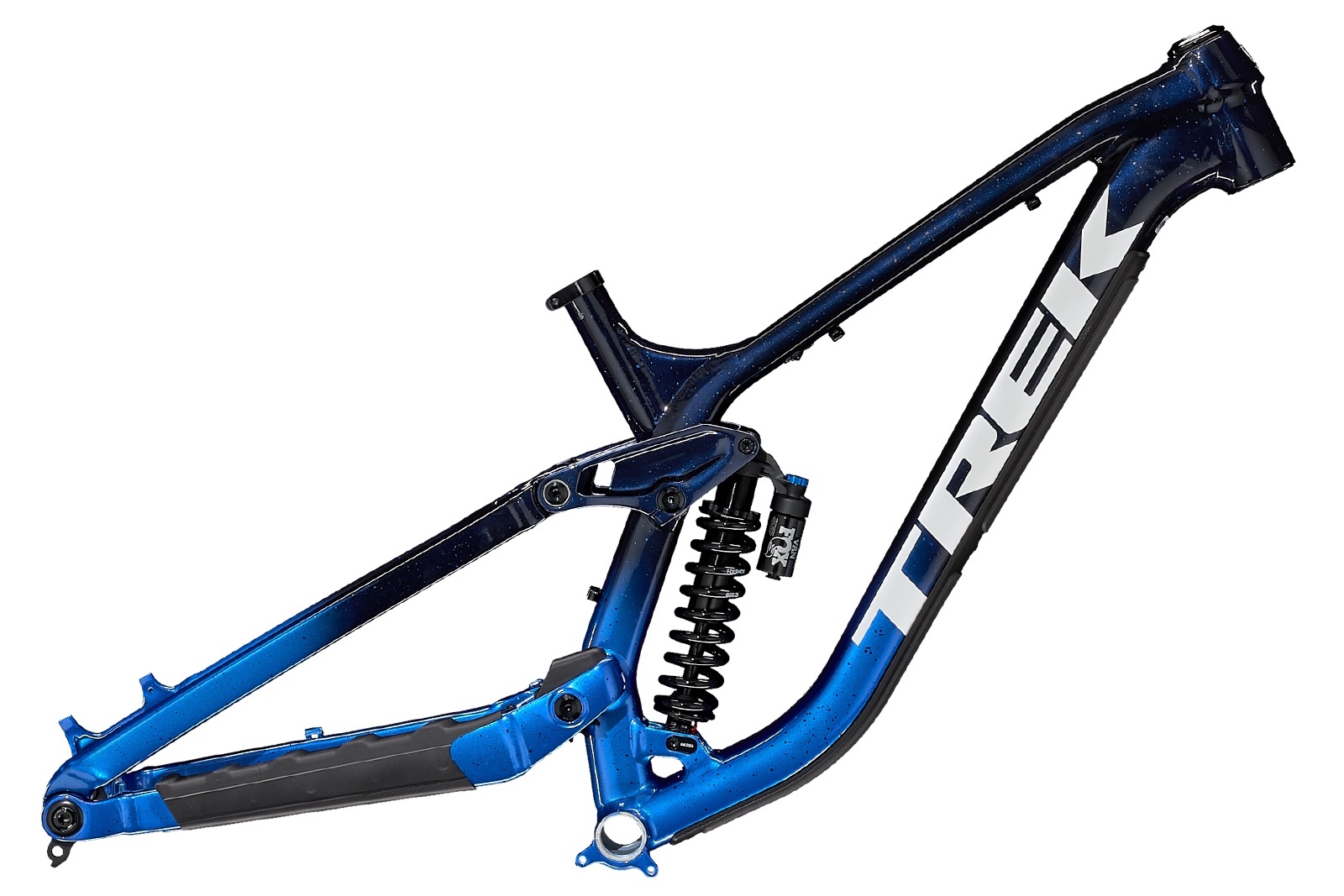